This poster advertises TAP TAP TAP Typeface design workshop. The content of this workshop is to design a typeface directly, and to actually input it and type it out on the computer. We tried to record the act of entering the font, and we used the shape of a button on the keyboard and designed the identity typeface of the workshop. The name of the workshop "TAP TAP TAP" is also a sound effect of the typing. 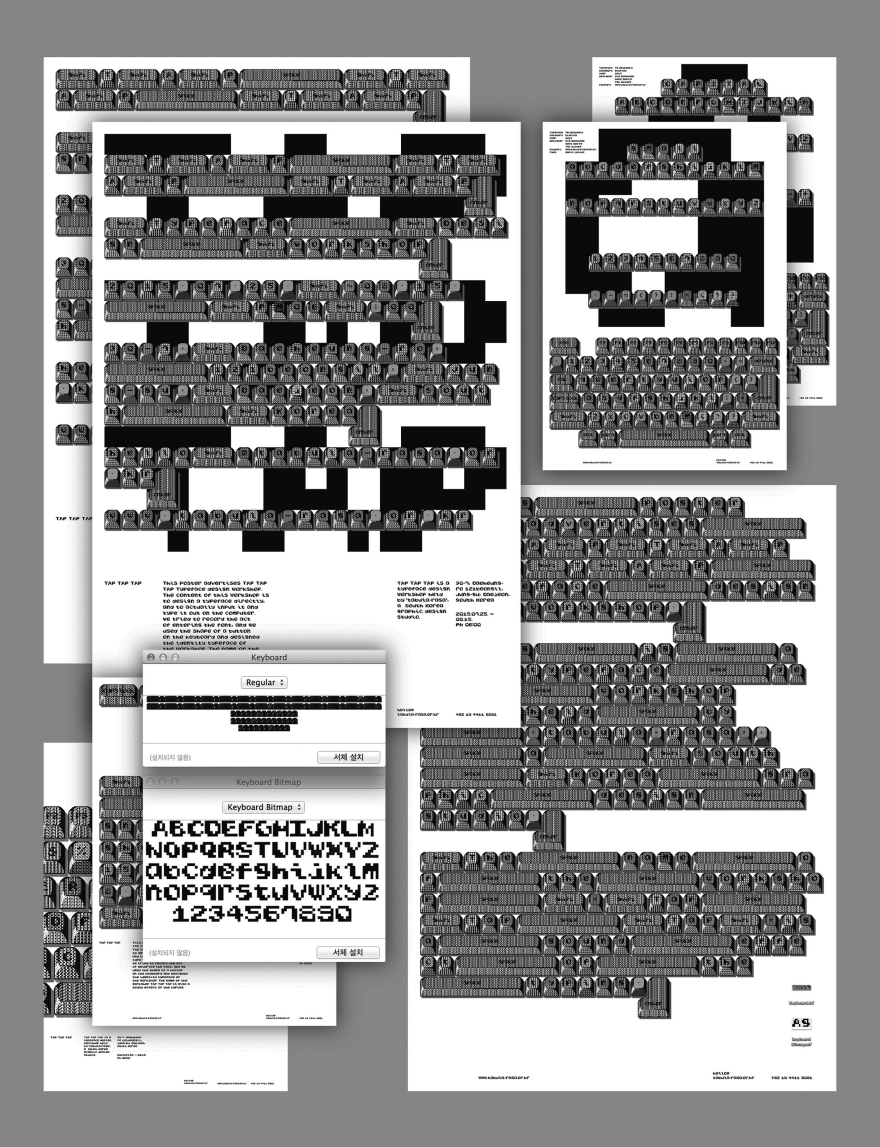 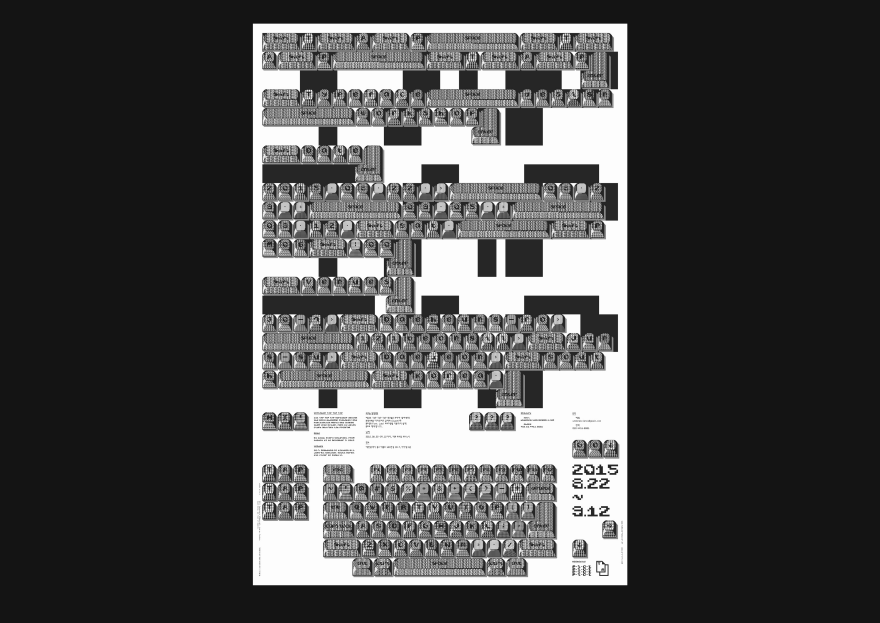 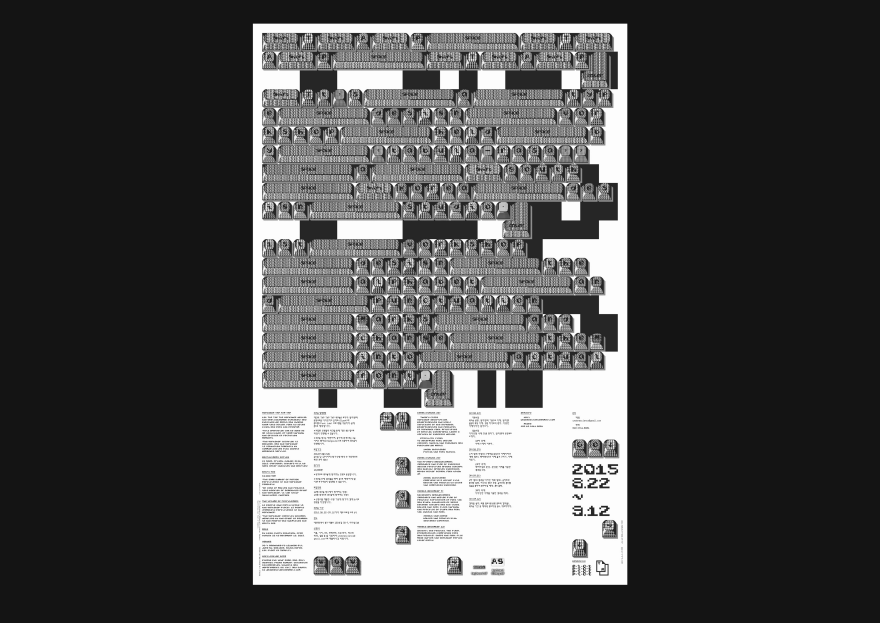 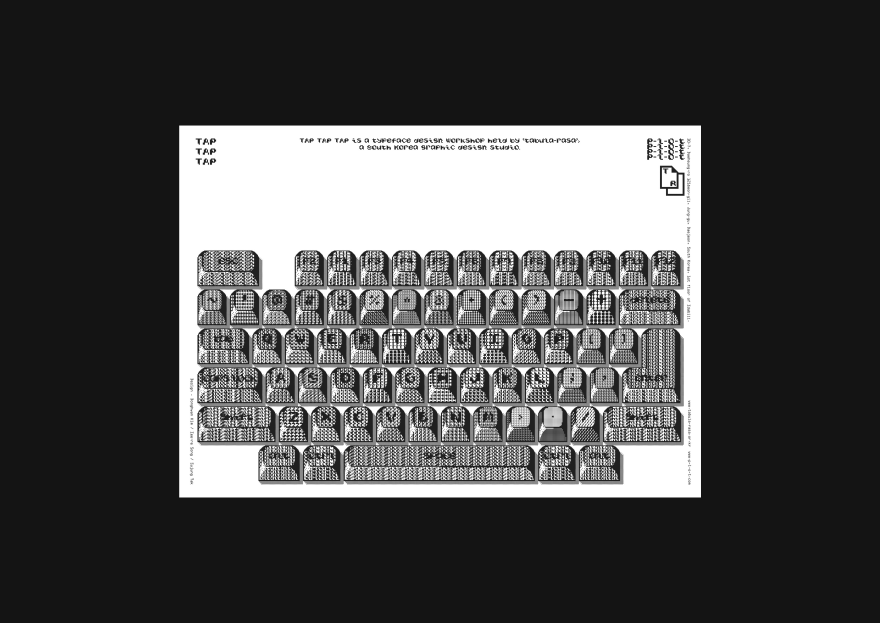 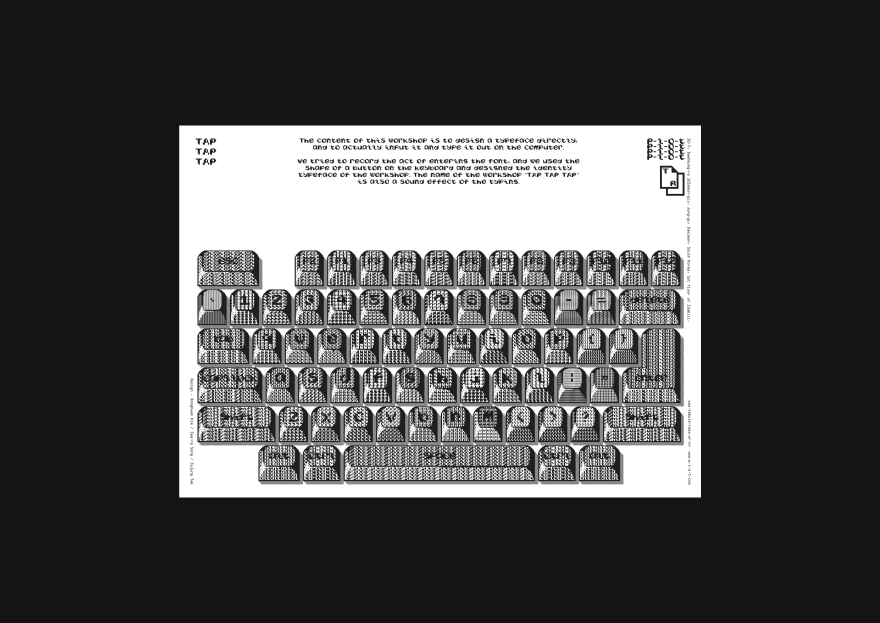 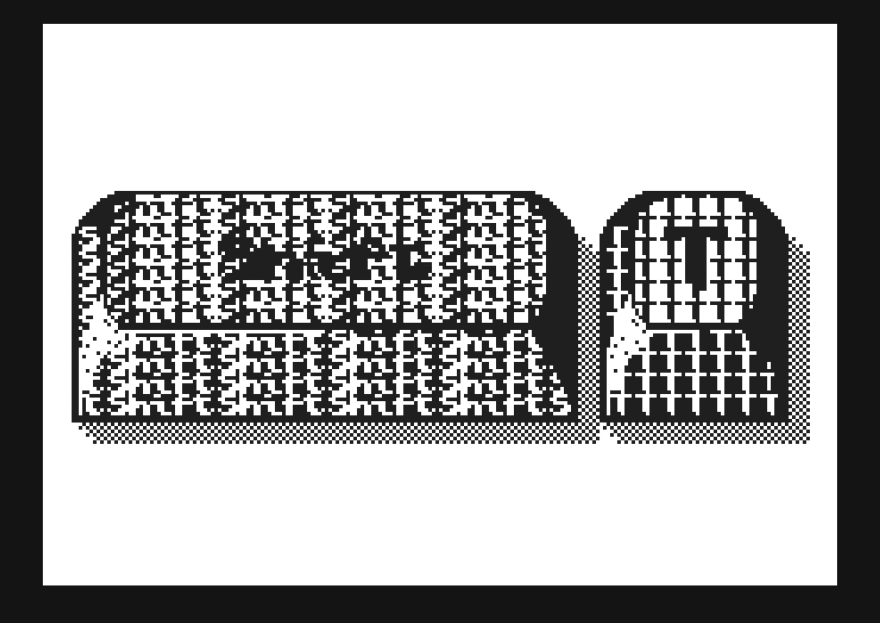 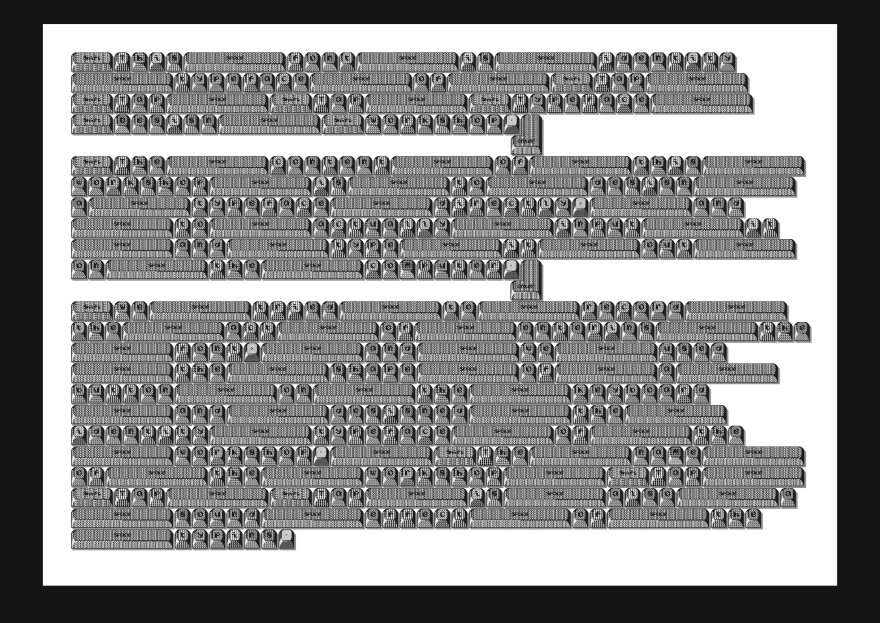 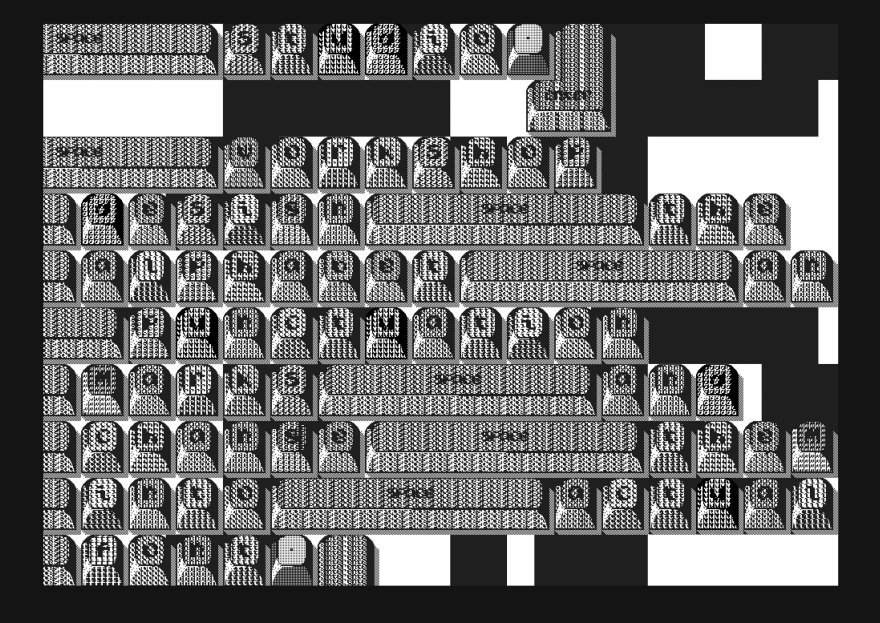 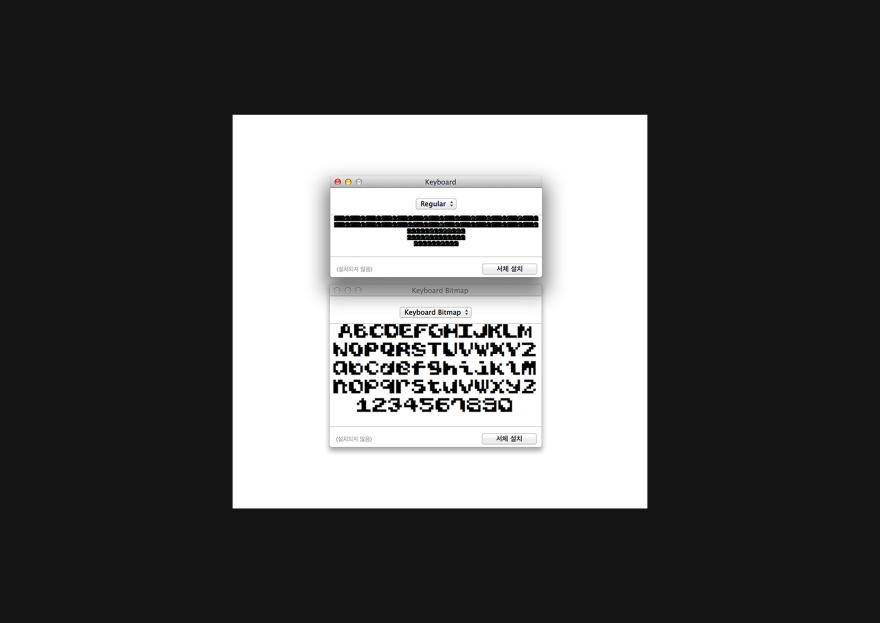 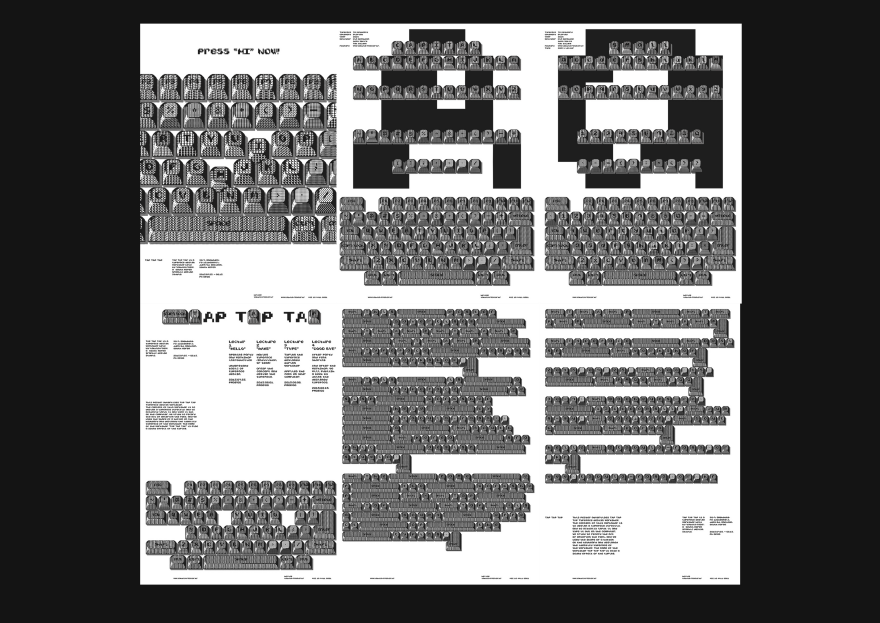 When designing the alphabet typeface, see the alphabet from A to Z as each object, and it is necessary to understand the characteristics of each character. We found a similar point in the button on the keyboard, which is located away from the properties and mutual design of these fonts. The capital and small letters, numbers and punctuation shares its positions with each other, and with the 'shift' button, distinguishes the presence of each other, and is typed on the computer. Properties of these keyboards, give value to the act of input itself. Moreover, since the task of entering the font which is directly designed is a content of the workshop, the act of entering intact typeface was represented and recorded as it is.

The overall representation of the typeface productions, utilizes an image of a BMP(Bitmap) which is a basic graphical format in the Windows operating system. And the smallest unit of the keyboard image is an alphabetic input.

Experimentation was rewarded here. The execution was meticulous and unexpected. There were many areas of discovery and exciting details that were considered deeply.

We want to encourage students to take risks now, when they’re still in school, and push boundaries to grow as designers and expand their perspectives on what successful solutions look like.