Eversafe is an innovative safety concept for workers in the oil, gas and chemical industry that combines the protection and of a safety helmet with a life-saving features of an escape hood and offers instant protection in case of a gas alarm.

With regular escape hoods,workers need to hold their breath immediately and locate an escape hood before being able to evacuate the location. They not only have a much longer donning time than Eversafe but also require the user to take off his or her helmet and glasses, leaving them vulnerable and with impaired vision. Additional cheek windows further improve the peripheral vision and the clear mouth piece helps with communication during an emergency situation.

To deploy the mask, the user simply needs to pull the two blue handles on and the escape hood is released from its protective covers and will position itself correctly over mouth and nose before sealing around the neck. This also activates the filter element which sits well protected on the inside of the helmet.

Eversafe gives the user peace of mind, knowing that they will always be protected and not having to worry where the nearest escape hood is located.

But most of all, the minimized donning time and the knowledge to always be protected gives the users peace of mind and lets them focus on their job. 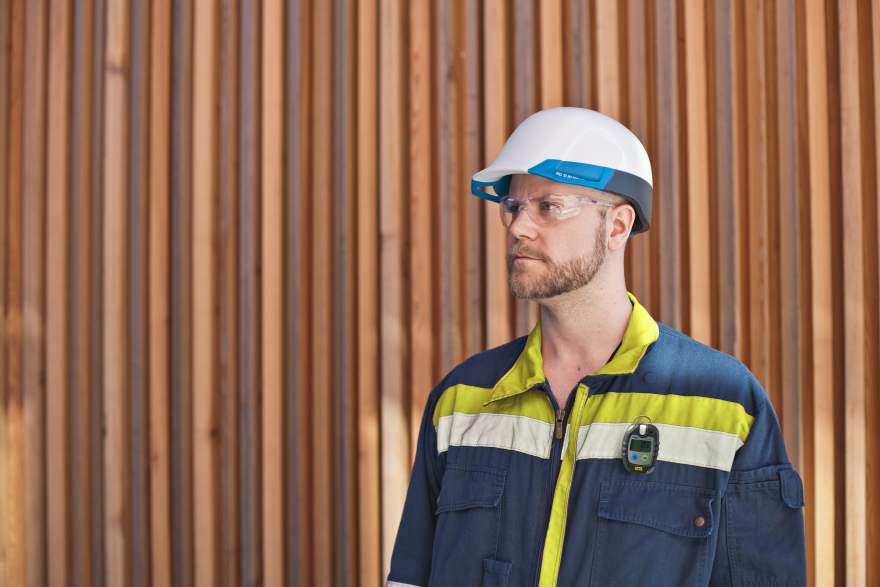 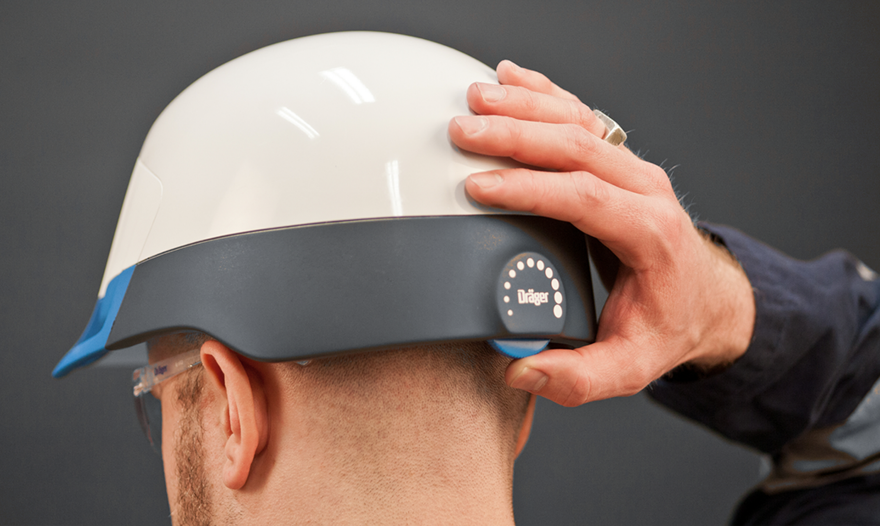 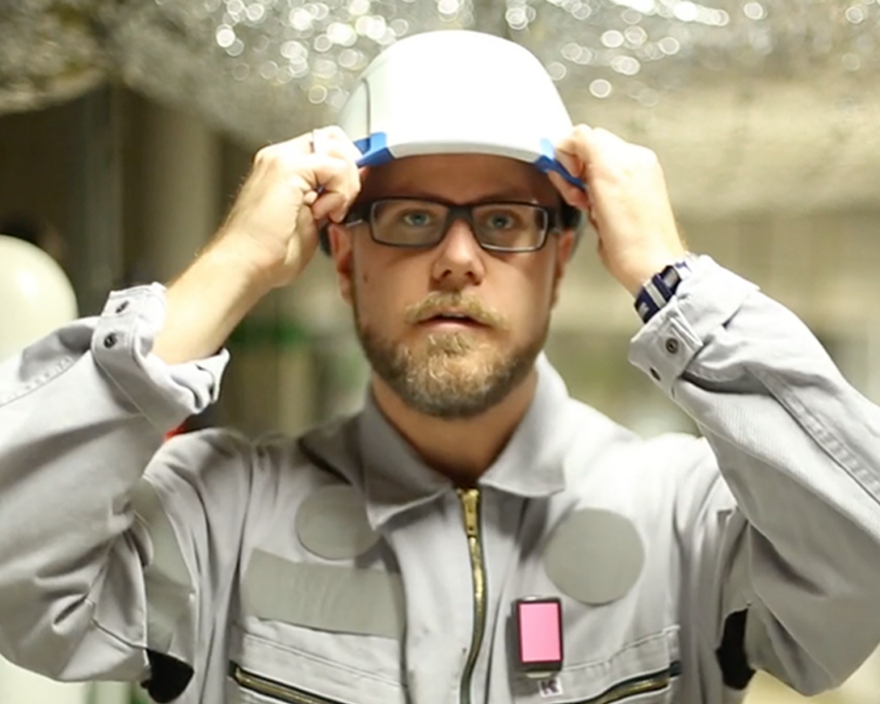 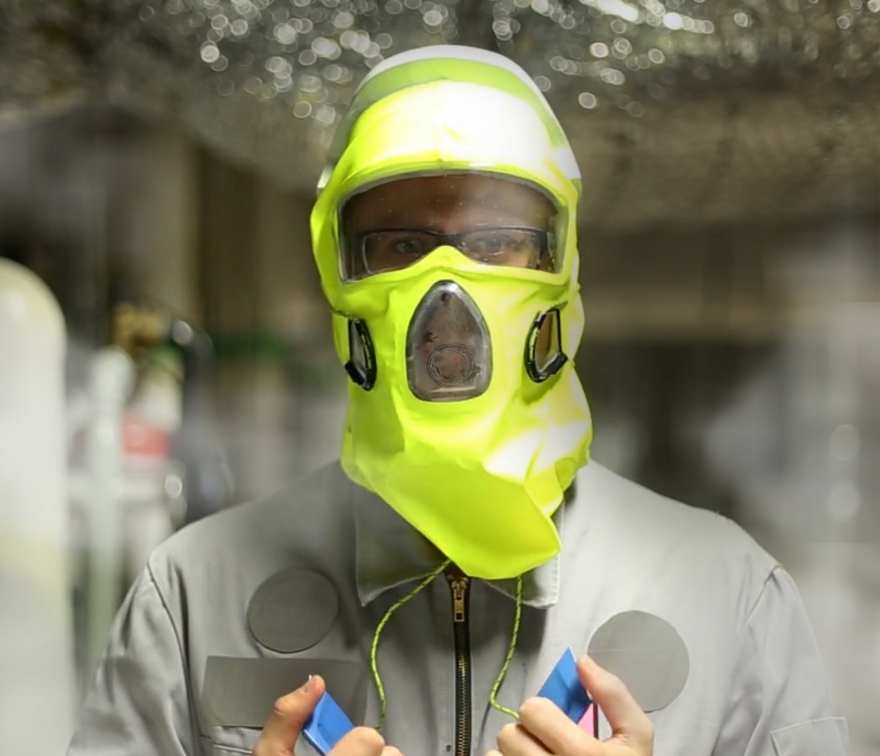 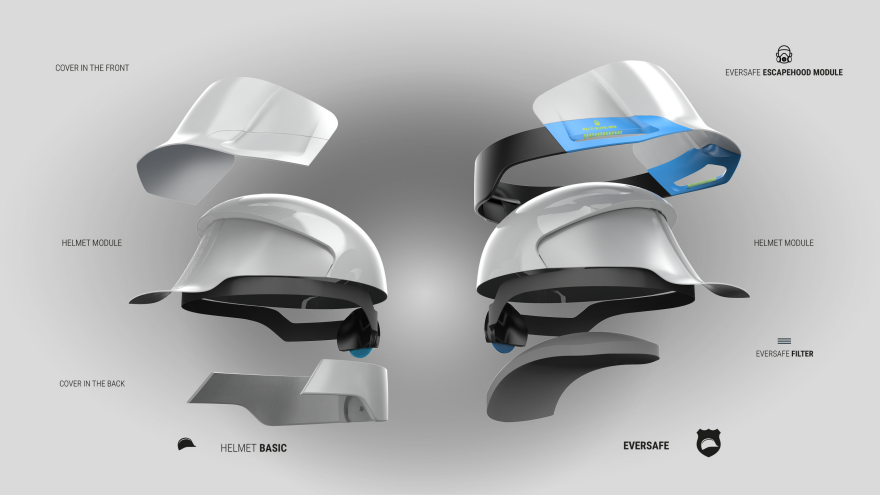 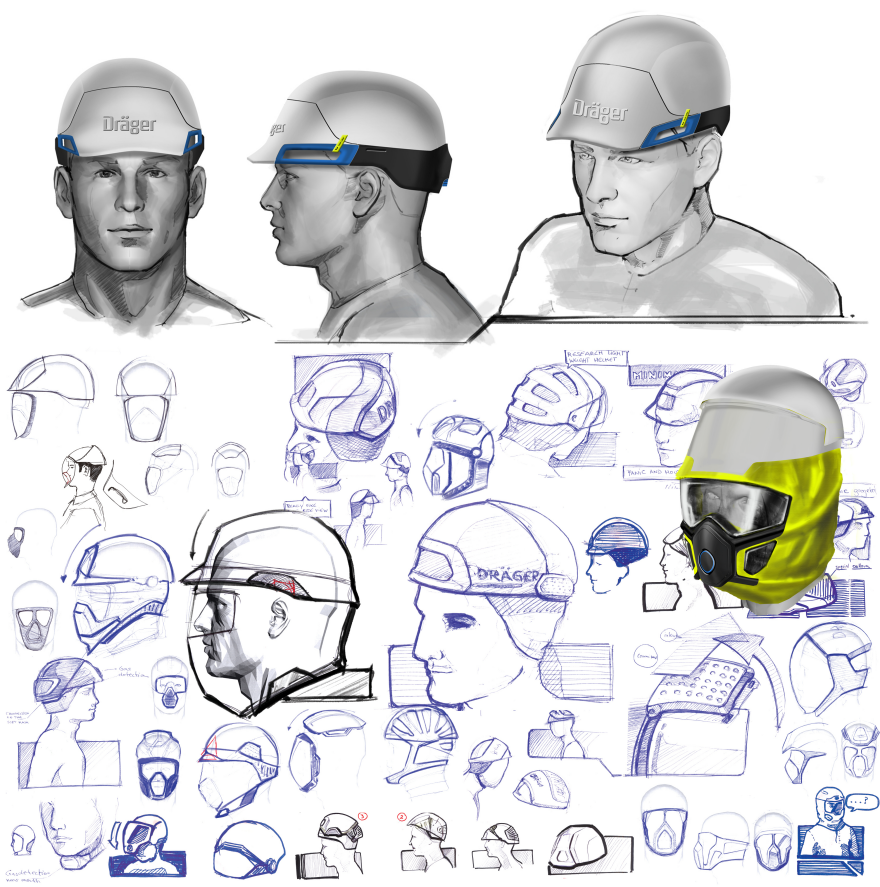 No matter how high the safety standards and how well trained the workers are, there will always be a risk when working in the oil, gas or chemical industry.

Few hazards are as treacherous and dangerous as a gas leak because gases and chemical fumes are usually invisible and often without a scent. Even one single breath of air might cause irreparable or possibly lethal damage to the respiratory or nervous system.

Some gases are denser then air and thus will sink to the floor. This is especially dangerous as they can unnoticeably fill a room before causing an alarm from the personal gas detector that's located at chest height. During a fire, smoke might force workers on their way out to crawl on the floor where lethal gases might have accumulated.

In case of a gas alarm, they not only need to hold their breath and know which way to run but are also forced to take off their glasses and safety helmets.

In this highly stressful situation the workers are left with impaired vision in a possibly smoky environment and vulnerable to hitting their head while making an escape.

During our research at an oil and gas refinery in southern Sweden we found that all workers constantly try to keep in mind the location of the nearest escape hood.

We also took part in a simulation at a training facility for rescue workers where we were able to try out a wide selection of safety equipment such as hazmat suits and escape devices.

The donning time is one of the key aspects of successful protection in case of a gas alarm.

As a proof of concept we have done a comparison of our functional mock-up (donning time: 01:10 sec) with the market leader inescape hoods: a Dräger „Parat" escape hood (donning time: 05:20sec) hat can be seen in our video. In our comparison we assumed that the user would wear the Dräger escape hood on the belt which is rarely the case.

A considerable amount of the population requires glasses to correct their vision. The current offerings in terms of escape hoods are not compatible with glasses. Removing the glasses not only leads to an increase in donning time but more importantly impairs the users vision when it is most crucial for a safe escape. Eversafe is fully compatible with all types of corrective or safety glasses. Additionally, it also offers protection to bearded people as conventional half and full face masks only seal reliably on a clean shaven face.

Good communication is crucial during an emergency situation, especially in a dangerous work environment such as a oil or gas refinery. Wearing a conventional escape hood dampens the user's voice in an already loud situation and makes it impossible for others to see his or her mouth. Eversafe's clear mouthpiece addresses this issue and makes it possible to see if an unconscious person is breathing.

Even in normal work conditions helmets are a fundamental part of the user's safety equipment. Requiring the user to remove the helmet when the danger is considerably higher in an emergency situation is downright negligent. being a helmet in the first place, Eversafe remains its protective capacity in any situation and cannot be dropped when the escape hood is deployed

Eversafe's integrated escape hood is deployed by simply pulling the two blue lever at the brim of the helmet which is a natural motion and very intuitive. This is helped by the gentle grooves in the helmet's surface that guide the hands (even with thick work gloves) to the correct position. While not in use, the escape hood remains underneath protective panels that fall off when the blue levers are being pulled. The filter element is located on the inside of the helmet for protection and centralization of the masses. An airtight plug which is also triggered by the levers retains the filtering properties of the active carbon particles inside over many years until it is needed.

Eversafe is part of a modular helmet system and can also be worn as a comfortable standard safety helmet without the escape hood which can be retrofitted. This system reduces the overall construction costs for the manufacturer and makes it affordable to add protective escape hoods to existing helmets.

The possibility of replacing the escape hood element once it has been deployed further reduces waste.

The knowledge to always be protected instantly relieves the user of constantly worrying about the location of the nearest escape hood.