"The Appendix Human" explores and imagines one of the human vestigial organs-'appendix'. This project attempts to investigate new possibilities and new relationships with the appendix in human lives. Imagining a parallel world to explore the future possibilities of humans and appendix that may be affected by emerging technologies. Will the new appendix change the way we eat? Will the new appendix create changes in our society? 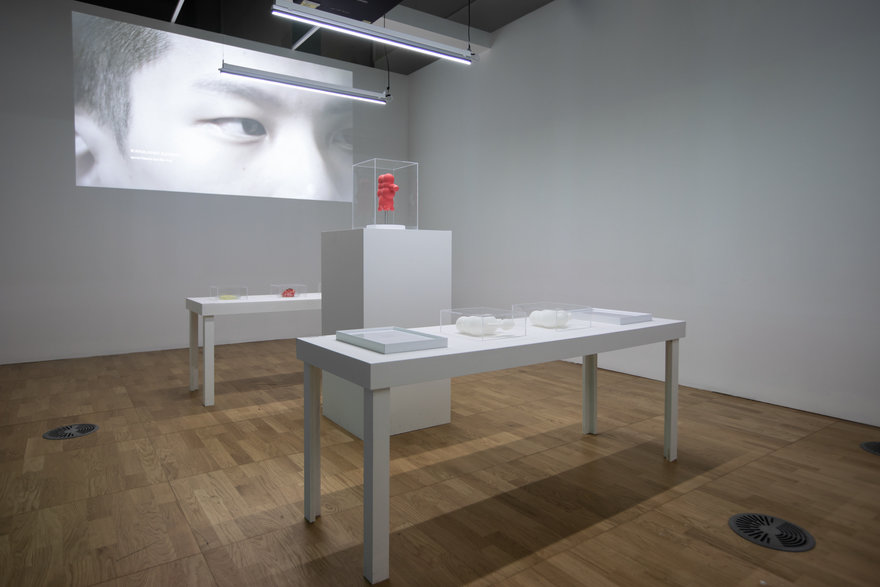 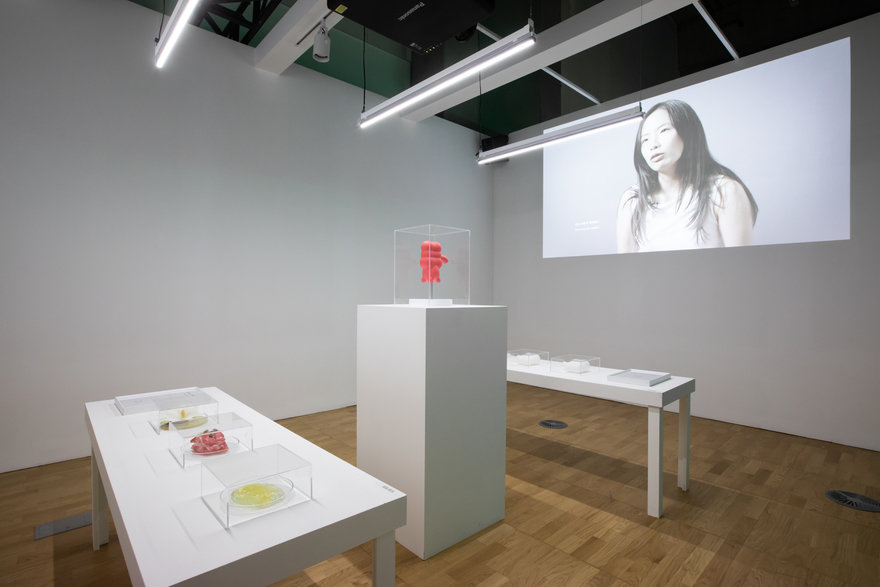 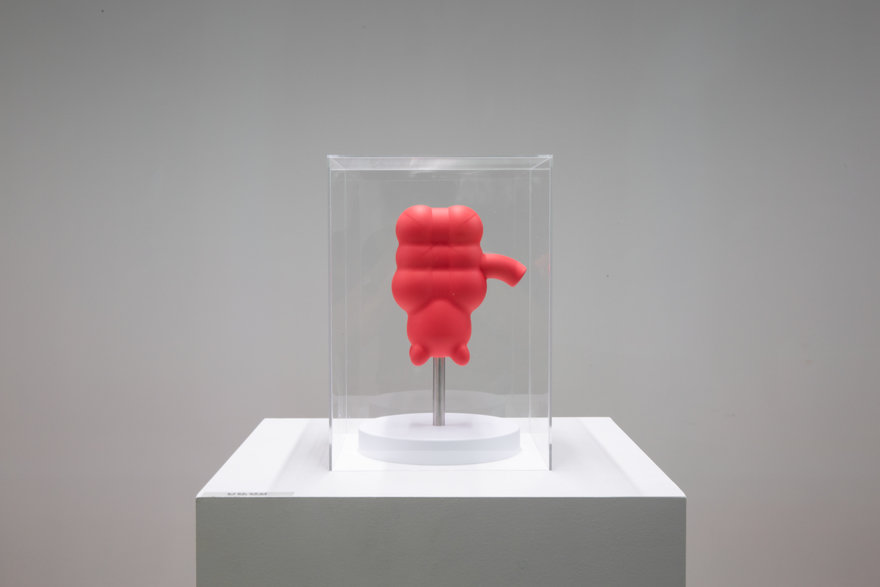 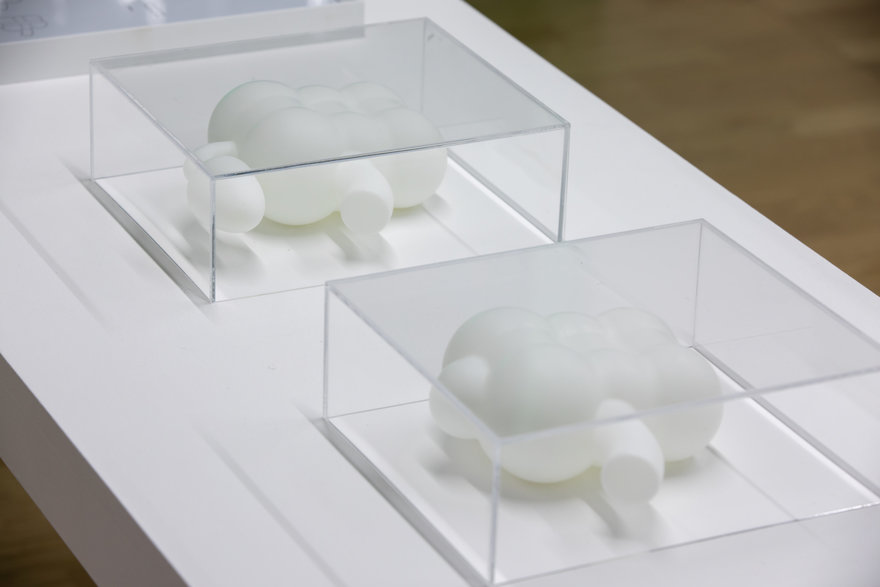 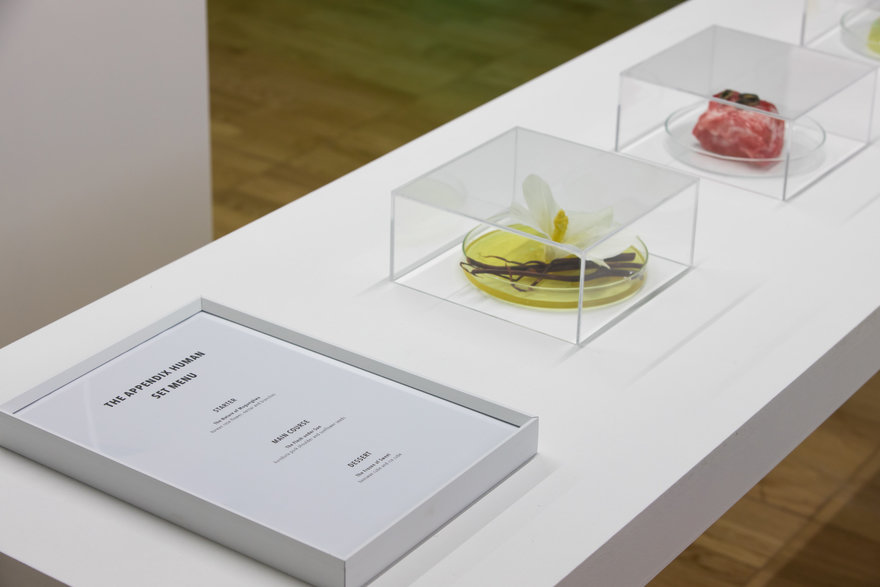 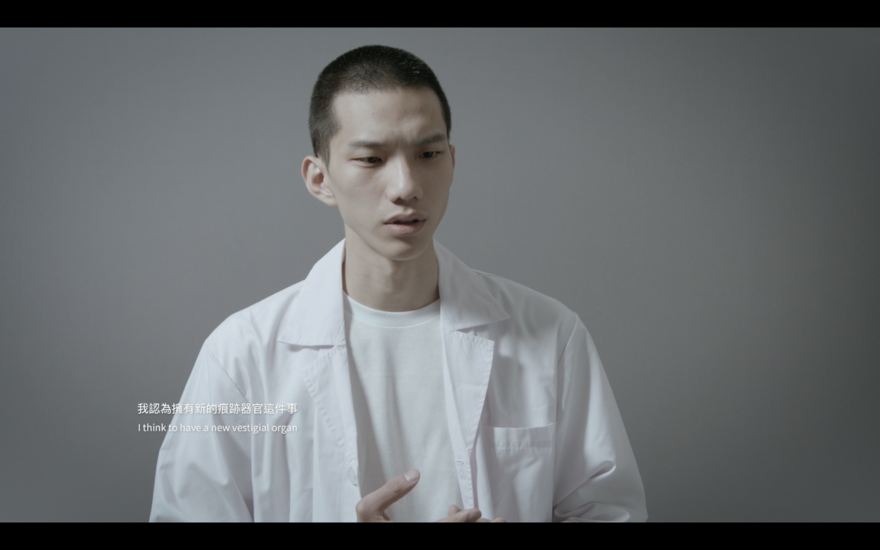 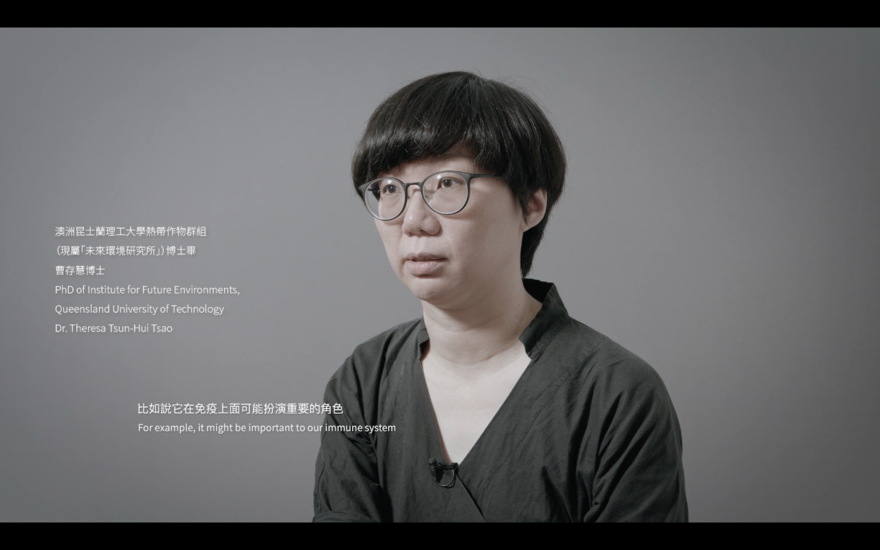 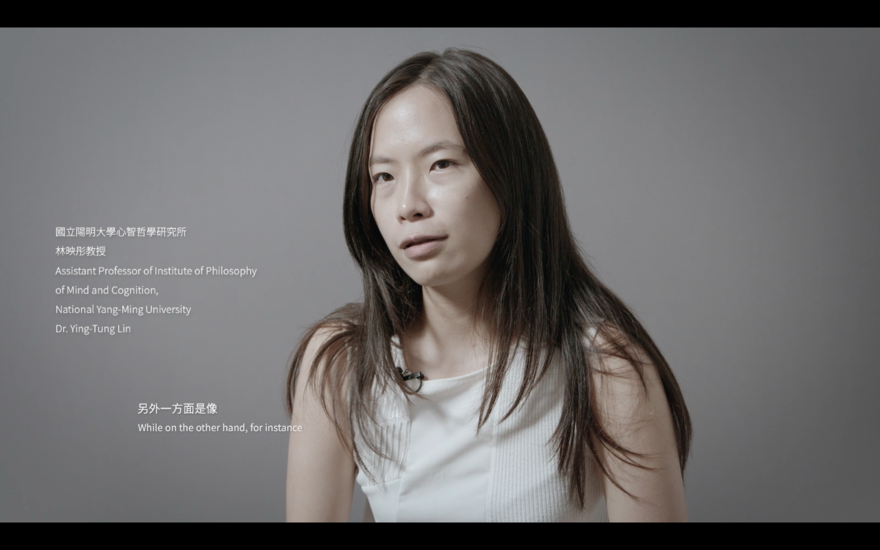 Through the hundreds of millions of years over which Earth has developed, organisms have continuously evolved to adapt to and survive in their environments. The 'vestiges' of evolution, known as 'vestigial organs or vestigiality' in biology, refer to the 'genetically determined structures or attributes that have lost some or all of their ancestral function in a given species, but have been retained during the process of evolution'. Looking at Chapter 14 in On the Origin of Species, Charles Darwin states the following: 'An organ might, also, be retained for one alone of its former functions. Organs, originally formed by the aid of natural selection, when rendered useless may well be variable, for their variations can no longer be checked by natural selection'. These 'vestiges' offer important evidence in support of the theory of evolution. A vestige is like a symbol of the past, and will that symbol have a different representation in the future? In recent years, with the rapid development of science and technology, are vestigial organs completely losing their functions? Or, will they have different functions in the future? Might vestigial organs present new possibilities for human evolution?

"The Appendix Human" explores and imagines one of the human vestigial organs-'appendix'. The appendix is a vestigial organ in front of the cecum. The cecum is an important organ for human herbivorous ancestors. The symbiotic bacteria inside can help digest cellulose. For example, herbivores still have a large cecum but carnivores don't. Many researchers believe that the human appendix is also strongly related to immune function and with beneficial intestinal bacteria to support the immune system which helps maintain intestinal health and prevent infection. Some scientists have also found that species with an appendix have higher concentrations of lymphoid tissue in the cecum. This type of tissue can also help stimulate the growth of beneficial intestinal bacteria. It can be seen that the appendix has a strong correlation with our health and diet condition. This project attempts to investigate new possibilities and new relationships with the appendix in human lives. Imagining a parallel world to explore the future possibilities of humans and appendix that may be affected by emerging technologies. Will the new appendix change the way we eat? Will the new appendix create changes in our society?

For this project, I would like to use speculative design concepts to generate an interdisciplinary approach that combines design, art, and science in the form of an installation and exhibition will allow audiences to have an opportunity to debate, reflect on, and imagine ideas regarding 'vestige and evolution', 'the neglected vestigial organ', and 'the relationship and future imagination between humans and human appendix'. This project was established to encourage dialogue between scientists, designers, and artists so that they might explore the multiple ways in which a speculative project can inspire audiences to appreciate the preciousness of diversity.

1. What are the current functions of the appendix, our vestigial organ?

For a long time, the appendix was believed to be useless. But in the last few years, scientists have discovered that it might be useful in some ways. For example, it might be important to our immune system by generating proteins like immunoglobulin A. In addition, it is a little bit like a substrate inside human body which stores and cultivates many probiotics that are useful in the intestinal environment.

2. Is it possible to modify the appendix, the vestigial organ of humans, with biotechnologies (such as synthetic biology and genetic modification) so that it can have new functions?

As far as I can see, technology keeps developing and medicine is also improving. So any human organ could be genetically modified or go through surgeries to have new functions or enhance its current functions.

3. Talking about organ modification, one way is to modify the appendix we have now. The other is to implant new bio-artificial organs (such as 3D bioprinting technology) into our bodies. Which one is more likely to succeed?

Based on the existing technologies, it is assumed that it would be simpler for implantation to change the structure and add new functions compared with genetic modification. However, whatever the means is. It cannot eliminate the subsequent butterfly effect.

4. If it is possible to modify human's appendix, how long will the adaptation period last for us to live a long life?

On one hand, it is about how long the person who has had this modification will take to adapt. It is possibly related to an individual difference and also whether the organ modified will affect many other organs or stimulate the immune system. However, putting aside all these medical adverse reactions that might happen. If it functions well without serious side effects. The person himself or herself will not experience too much difference. But if there is a new organ inside the human body. It is likely that in daily life or society measures or changes are demanded accordingly to adapt to the human's new function.

5. Provided human will have new appendixes in the future, what is your view or assumption on a future like this?

No matter what science can do now, I think that if we can turn the appendix into an organ like the dust bag of a cleaner and as for the food we have eaten bad things will be collected by the appendix. And after it is full we can remove the appendix or clear it before putting it back. I think it will do a lot of good.

1. Will humans experience different psychological states after their inner organs had some changes?

I think it has a lot to do with the organ type. Let me give you three examples: In the case of the brain or other similar organs by changing it, you can directly change how you feel and think. While on the other hand, for instance. In the case of the reproductive organ, both our society and culture see such organs closely related to our self-identification. So I think it will also bring about big changes. As for the appendix, it is mainly about how our society sees the role of it.

2. If the modified organ, which is a vestige, gets new functions, will the person have the feeling that he or she is made to evolve?

I think it depends on the function modified falls into which category. Does the whole human society or in a social context regard it as a core function? For example, people attach great importance to a long life span or health or intelligence or losing weight, etc. If it is not the functions mentioned above, I think it might depend on how people see this function and its value may be different to different people

3. Would people with modifications think or behave differently?

My answer is yes. But this impact is not necessarily caused by the function itself. But more important is that there is a change like this how I see such changes happening to myself? When I am changed? Psychologically speaking, I may see myself as a more advanced person or someone who is better at adapting to environments. Therefore, I believe the change is more of psychological effects.

4. Provided human will have new appendixes in the future, what is your view or assumption on a future like this?

In my opinion, a future like that compared with how we thought about our bodies would possibly show us a new model. The difference lies between the old and new models is that. In the past, when we thought about our bodies what we focused on was if we felt well or not. I felt there was something wrong about my body. But in the future, the more possible way is Body Hacking. Which is what I believe to be a more scientific way or subjectively scientific way to see if your organ is well functioning in a certain way. This is not a whole process nor closely related to personal feelings. It is about that we are depending more and more on science to try to understand our bodies. To some degree, it goes more and more indirect. But one thing is becoming more and more visible which is that you can directly modify your body based on your own needs