This project is a typography exploration of Quentin Tarantino's cinematic narrative. Inspired by Polish film posters and Ukiyo-e paintings. Screen printing was the method for production.

For extension of the project, interactive mural and 2 short announcement animations (frame by frame) was made. Please see external link. 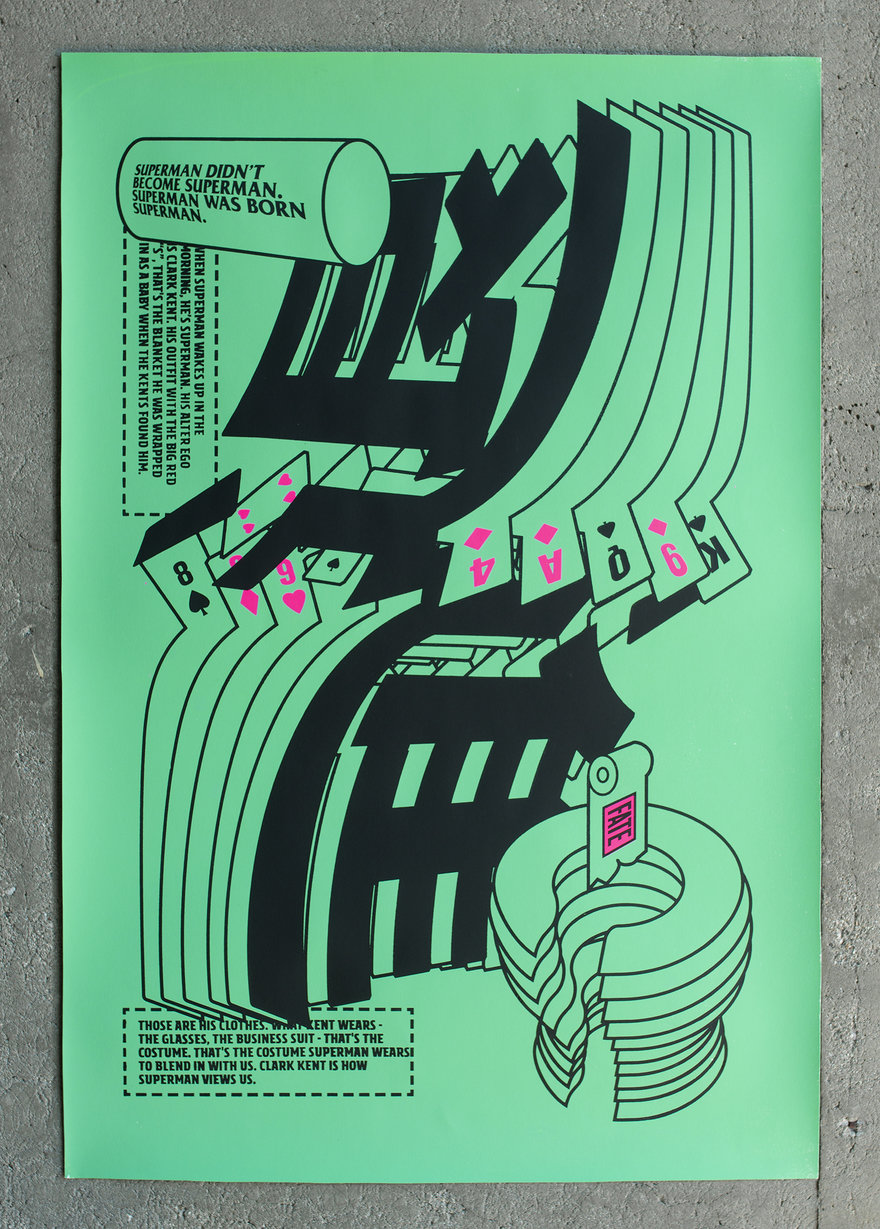 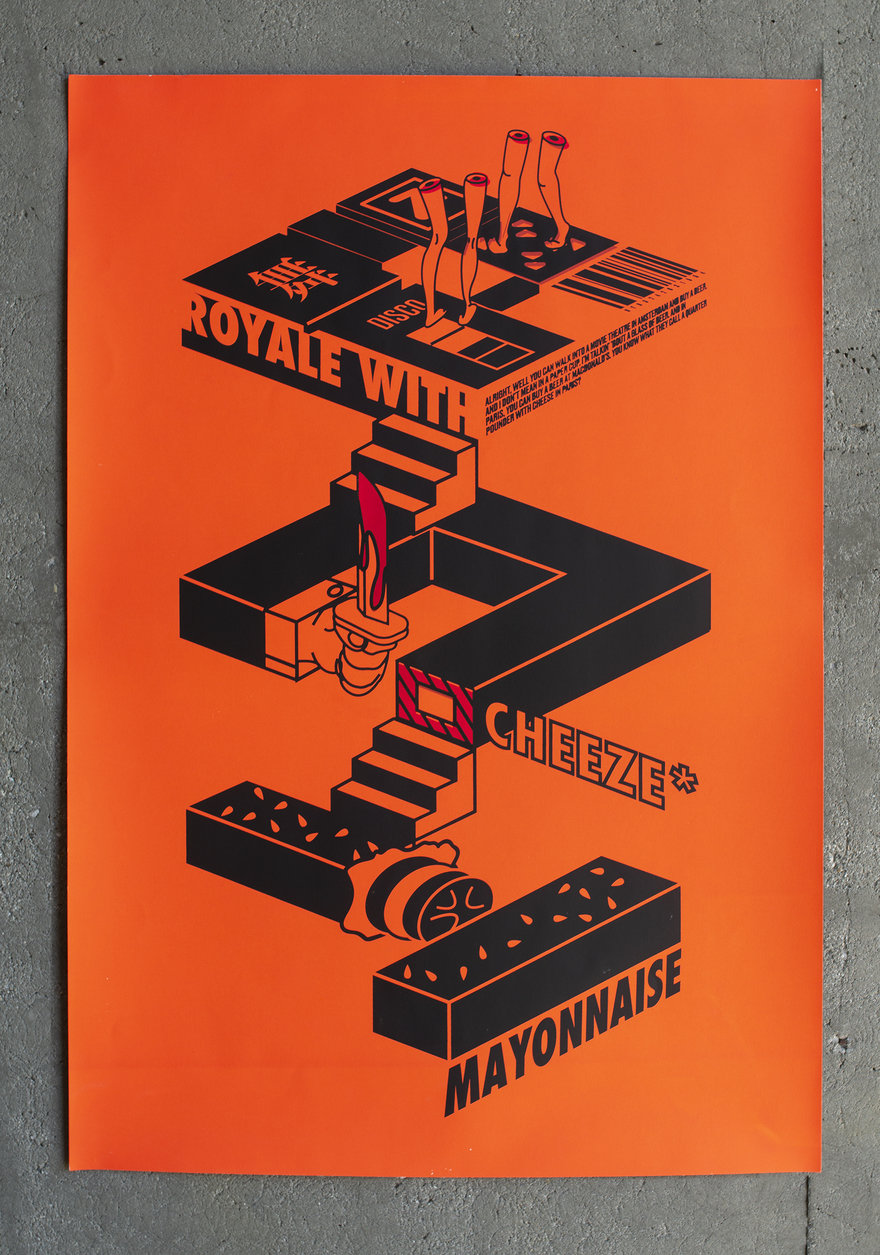 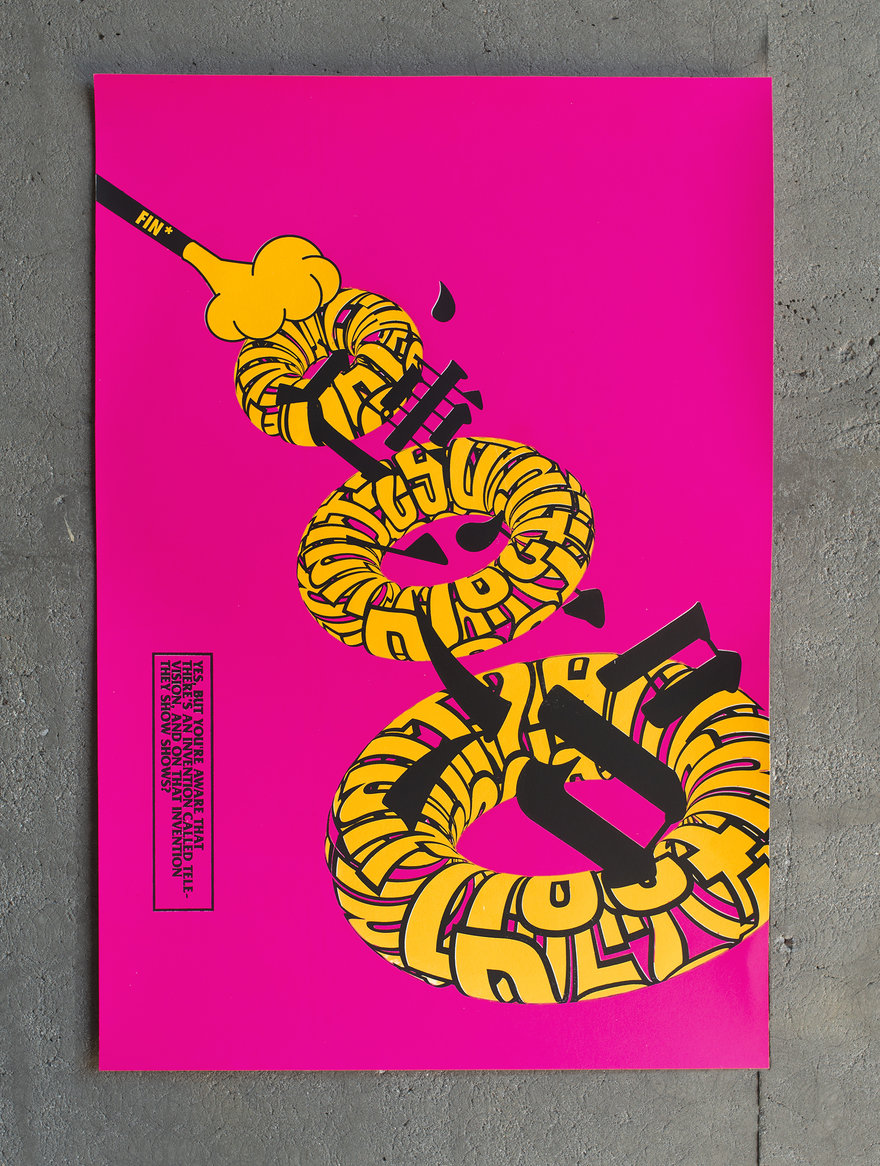 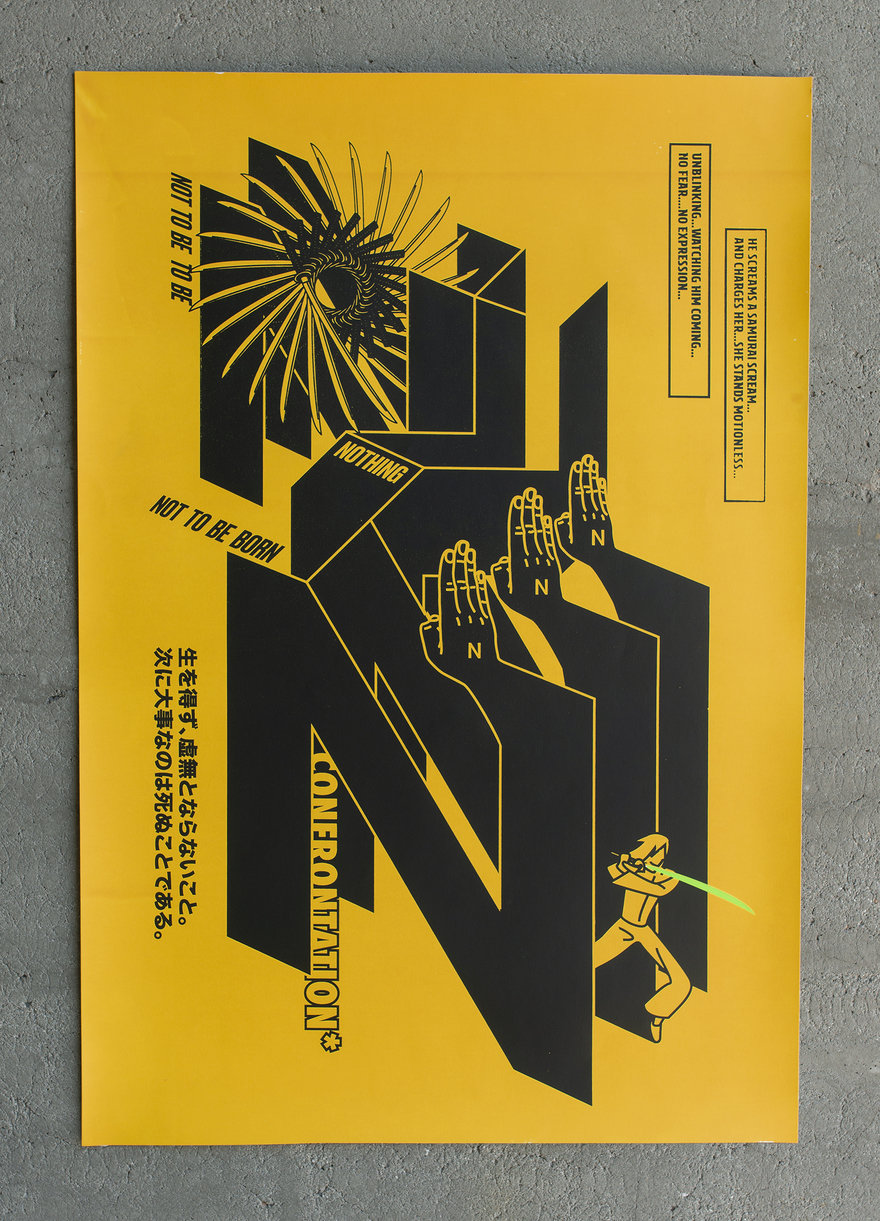 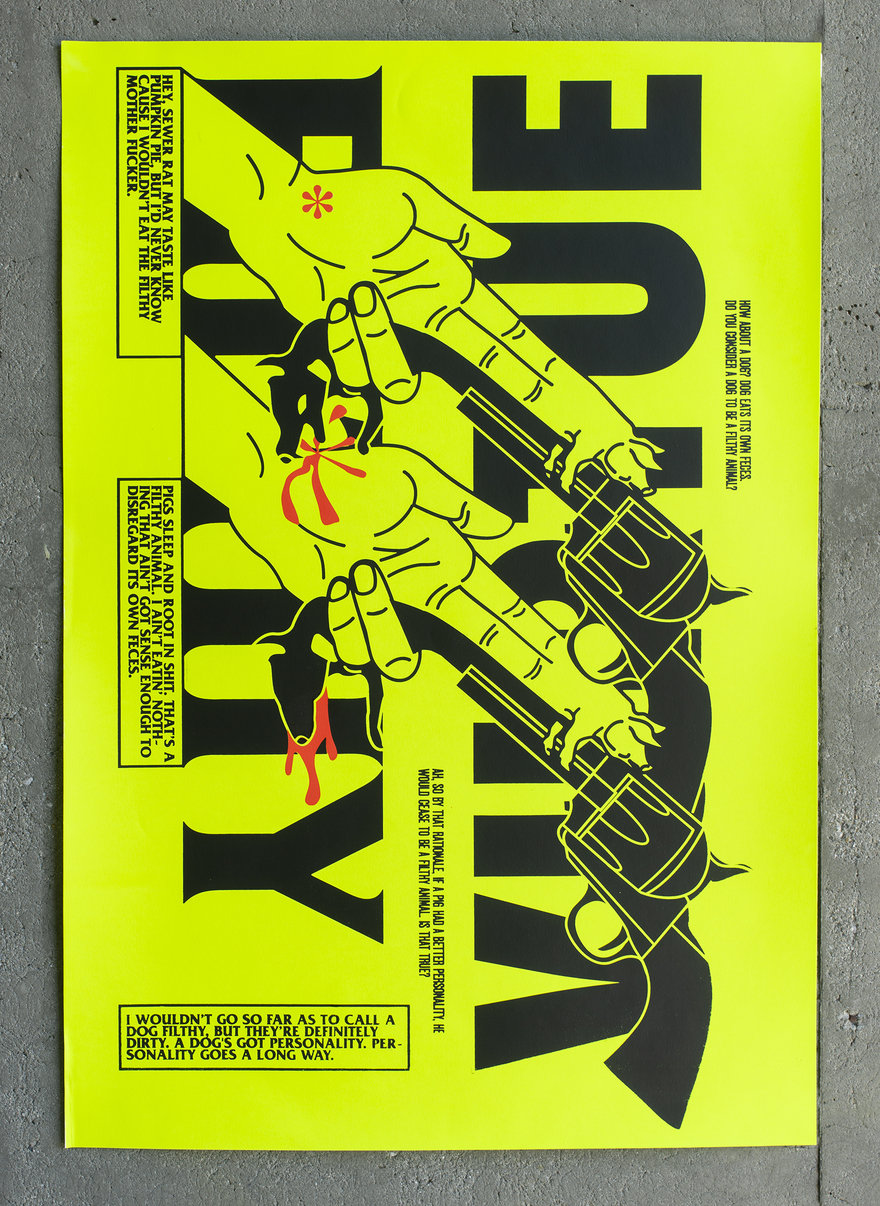 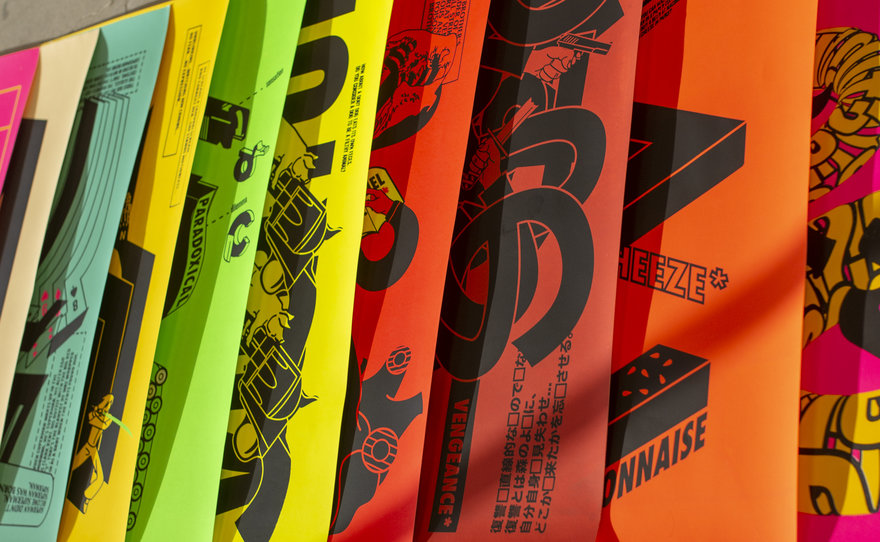 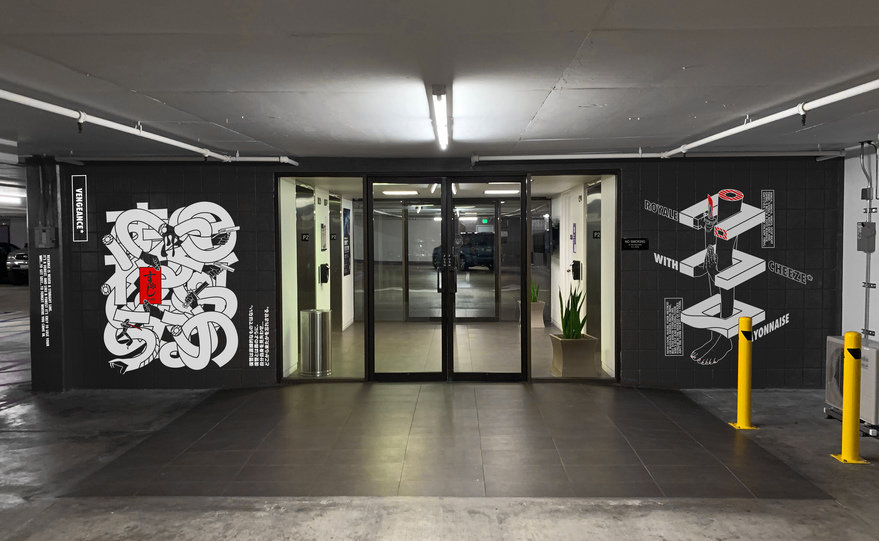 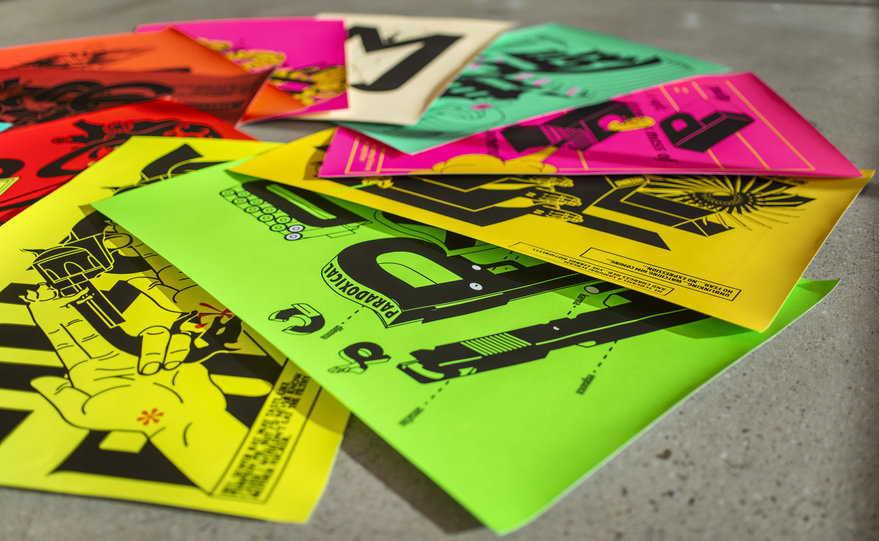 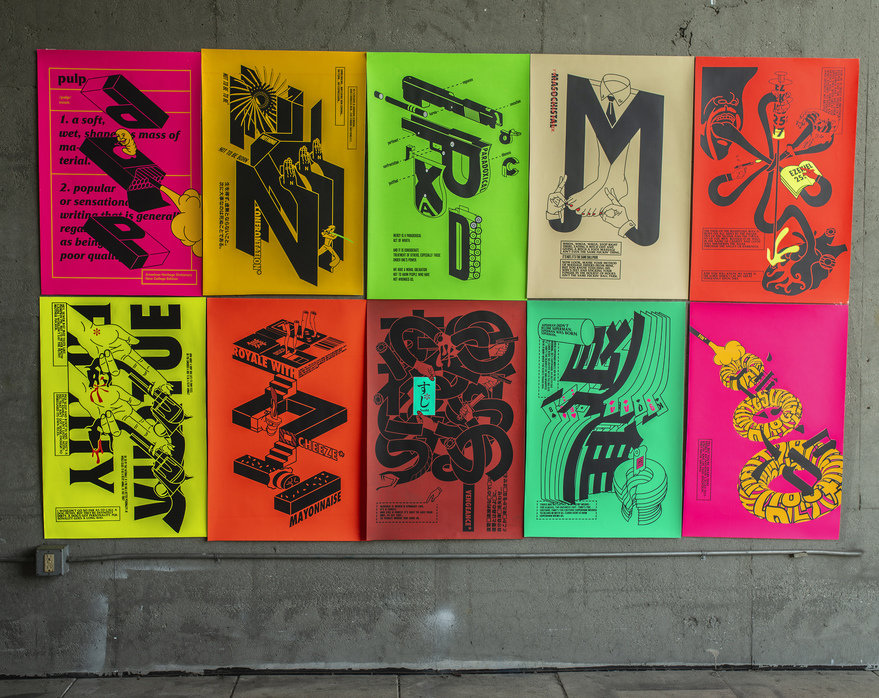 The poster series and media works collection, Sleazy Comic Catalog, was designed to use typographic approach to demonstrate Quentin Tarantino's cinematic narrative philosophy. The title of the collection was inspired by the dictionary description of "pulp" in the film. Like Tarantino's movie, the narrative of the poster series are non–linear and unexpected. Endless illustration and typography transitions mimic his theory of random destiny to challenge the audience. To enhance visual impact, final production for the poster series was screen printed.

For the context of design, I incorporated Tarantino's preferences of narrative to make a collage of elements in his movies.

1. Typography scale changes: Scale of the display type setting varies regarding to the volume of certain theme and emotions. Certain techniques are monogram, crushed type, overlapping, 3D construction with or without perspective.

The typography animation and interactive mural are extensions of this subject matter, applied with the same concept and frame–by–frame animation. Due to respects for Tarantino and his work, a specific identity was not given to the project.