Waterloo Greenway (formerly Waller Creek) is a 1.5 mile park system covering 35 acres of connected green space in the heart of Austin, Texas. It is a chain of public parks, comprised of walking and biking trails, playscapes, open green spaces, and a healthy creek, enlivened by Austin's diverse and vibrant community. BMD worked with the Waterloo Greenway Conservancy, as well as with members of the Austin community, to develop a new brand that reflected the history and vibrancy of the city.

BMD created a brand strategy that positions Waterloo Greenway as a wonderland of nature and culture. The new brand shifts the perspective of how the city views and uses its shared green spaces, communicating infinite possibilities for the Austin community by connecting people to nature, art, culture — and to each other.

The new name and brand identity represent both the place itself and the organization. This multiplicity demanded a dynamic and flexible system that can communicate in a variety of ways. BMD built the system by creating a series of visual tools that can be mixed and matched to suit the occasion and the audience—from donor communications to the diverse programming the park system offers. The visual identity is friendly and inclusive to both visitors and those who call Austin home. It celebrates the city's unique charm and treasures.

The new Waterloo Greenway identity has been applied to various marketing materials and signage, as well as merchandise and donor collateral. 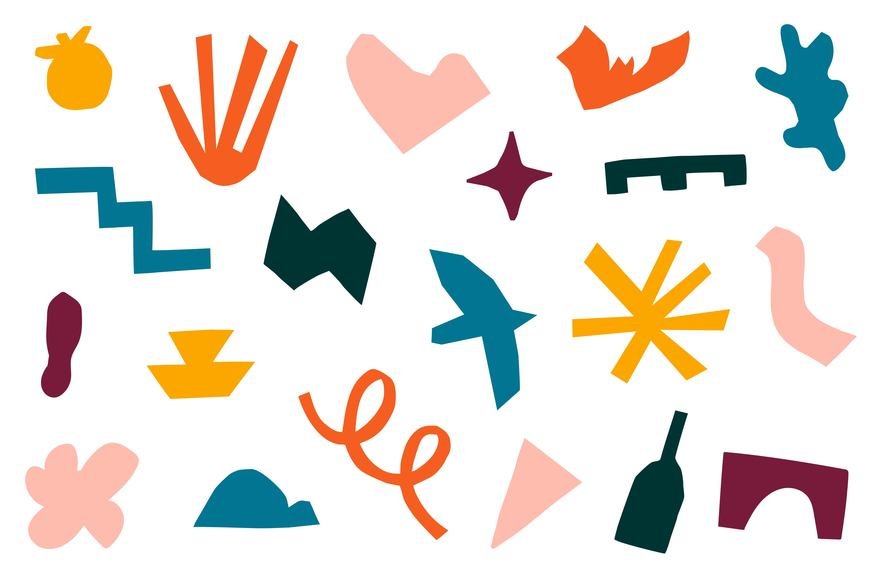 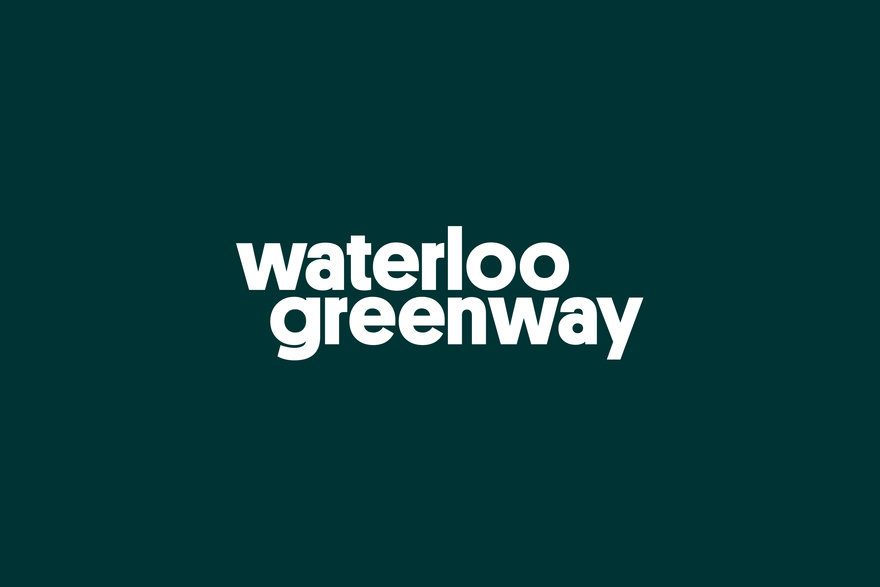 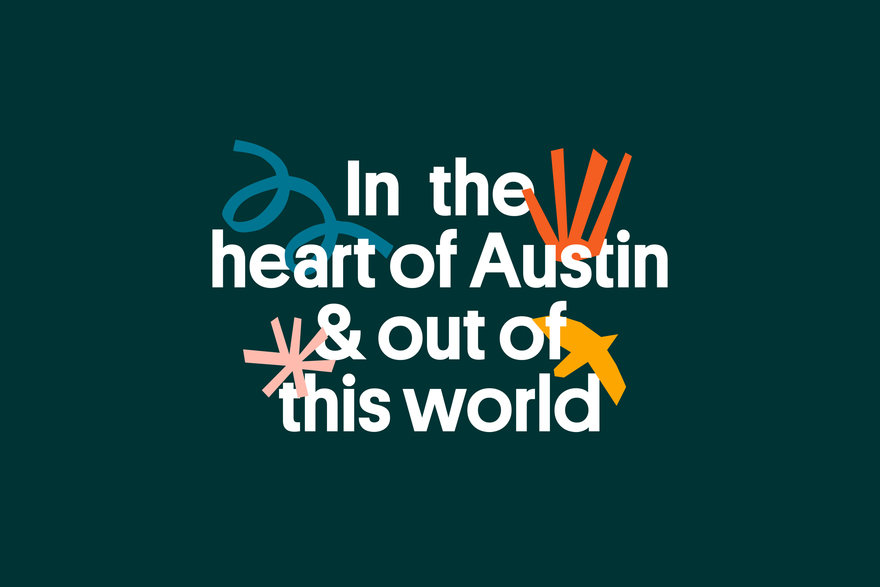 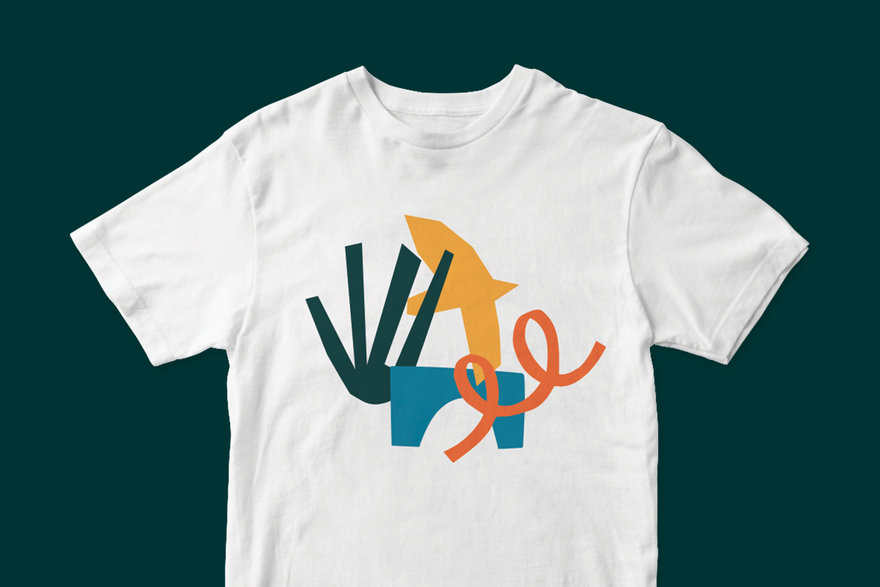 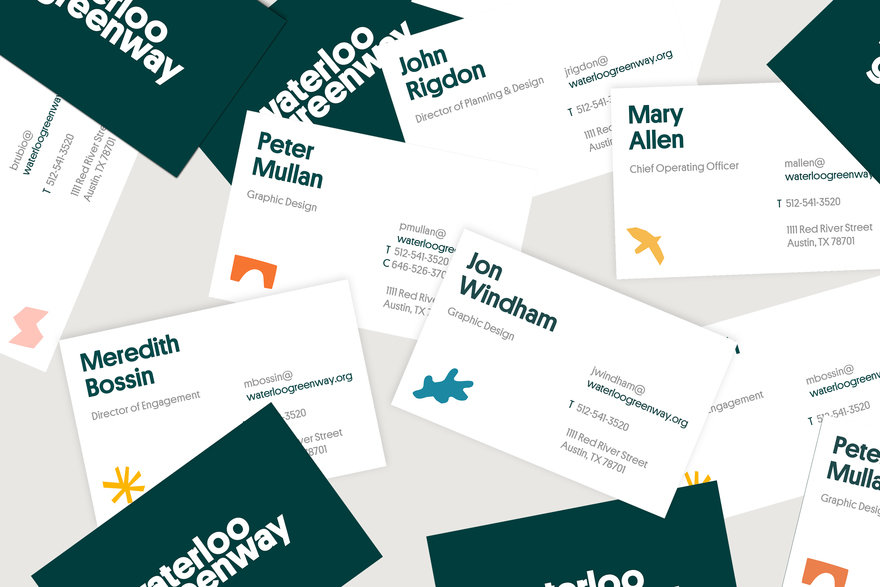 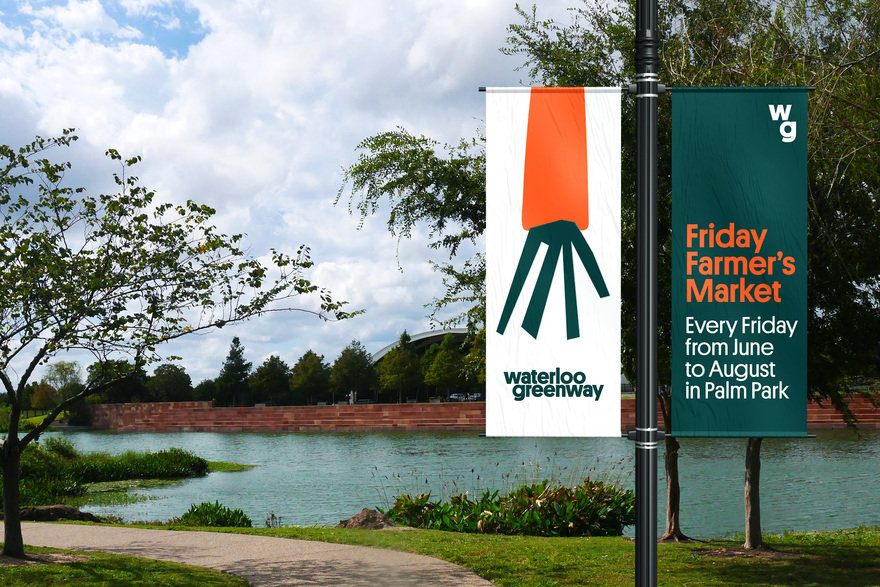 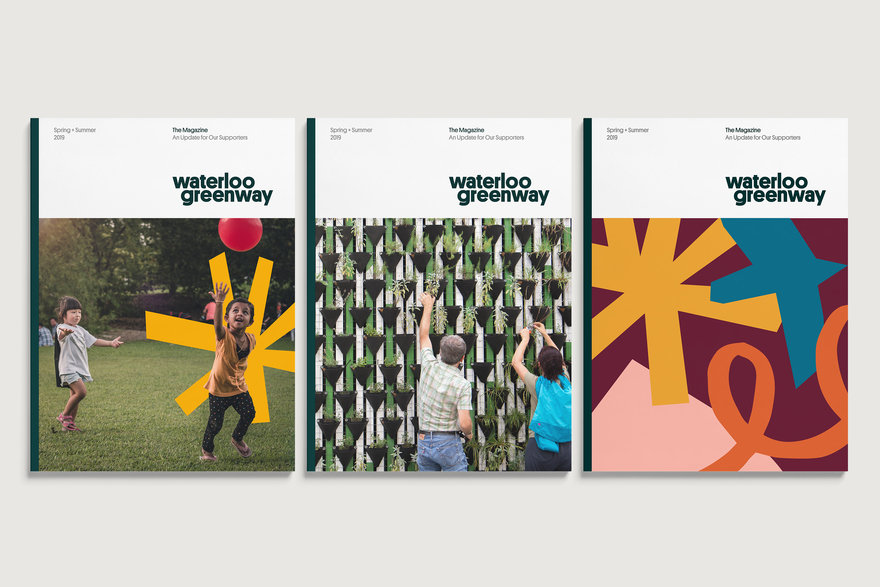 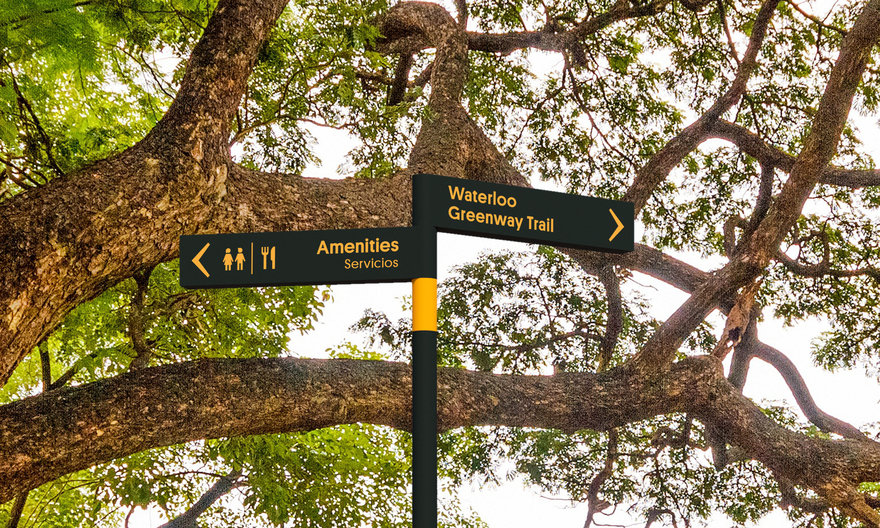 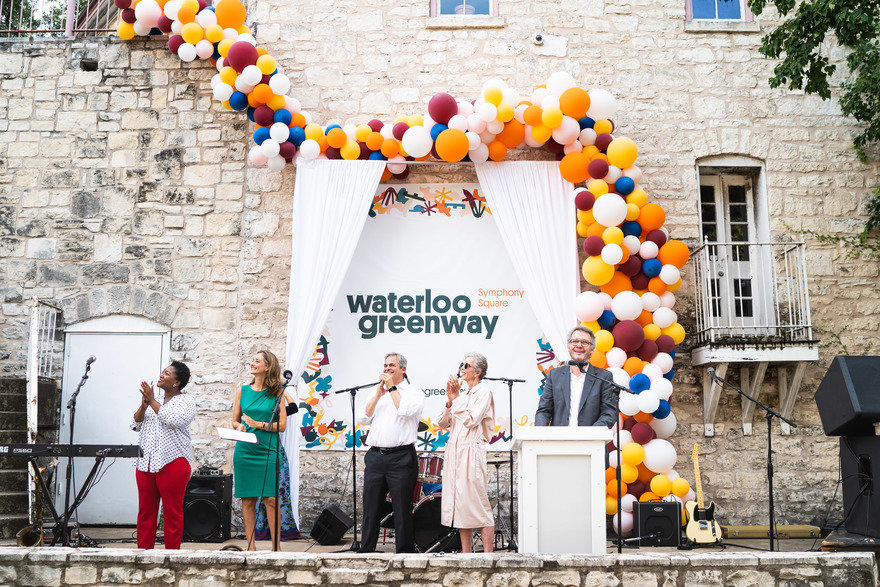 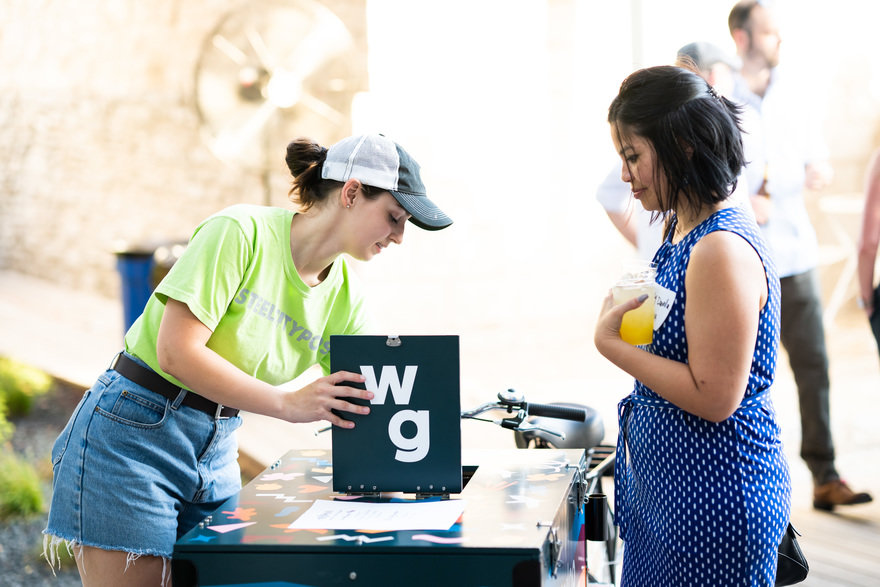 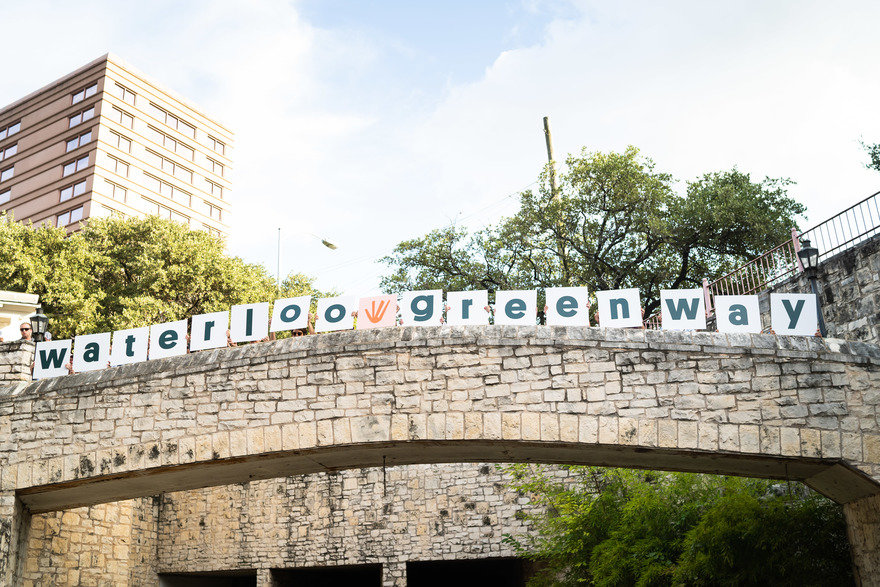 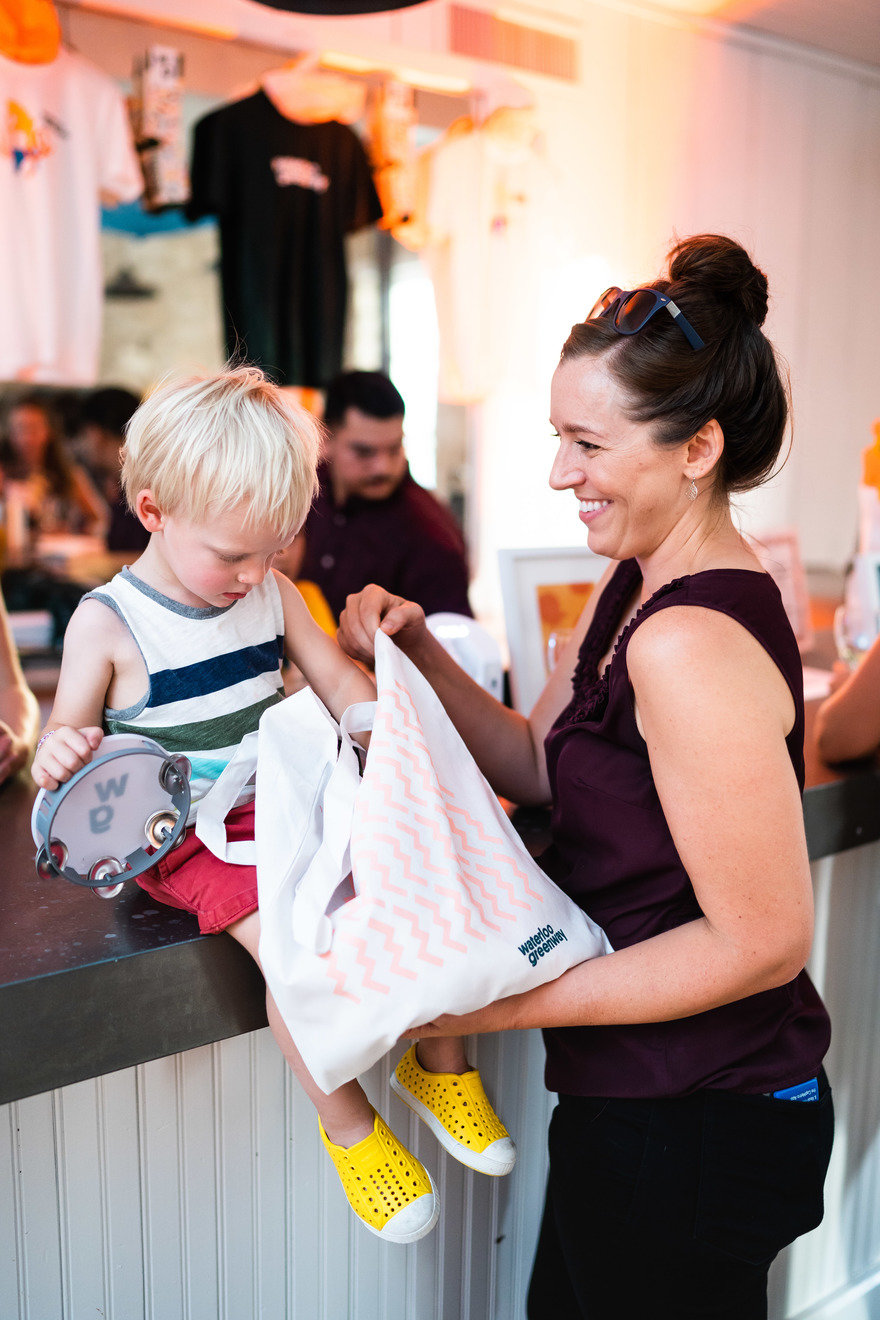 The organization's aim was to develop a new name, positioning, and brand for the beloved park that resonates with the diverse communities of Austin. It was important that the park wasn't seen as an urban park for people in the city, but instead welcoming to all Austinites, including families from outside the city core. The brand platform and visual identity needed to speak to diverse cultures, backgrounds and a wide range of ages. It also had to feel authentically local and not like an outsiders interpretation

We addressed these two challenges by engaging a large and diverse stakeholder group. The public process included workshops and forums with community leaders including representatives from local Latino, African-American groups and downtown business owners. We also immersed ourselves in the Austin culture by hosting a pop-up studio in our client's space, engaging with artists, musicians, authors, poets and citizens alike. We visited local sites, restaurants, live shows, and read books about the city and it's people.

The overarching concept is that this treasured park, in the heart of the city, is Austin's wonderland of nature and culture. The visual identity doesn't fit into any old tropes about Austin, but references specific parts of the creek that everyone can share and understand. A family of illustrations were crafted, referencing physical structures, natural elements and diverse experiences within the park, to be welcoming, open to interpretation, elegantly naive and filled with energy. Examples include a bastard oak leaf – one of the last of it's kind is nestled in the banks of the park's creek, a flying bat – highlights the unique 'bat watching' attraction of 1.5 million bats that ascend over the city at sundown from March to October, and the symphony park bridge – a long standing and distinguished feature in the park.

The result is an energetic and whimsical brand identity, as alive as the place itself.