Visual identity and media for Advanced Design's annual design conference, SQ1 CON. SQ1 CON is a conference named such to encapsulate its goal; the conference has a history of challenging the design community to new ways of working, learning, and thinking about the present and future of design in practice. The identity aimed to present the primary theme “change” with a series of bold, but minimal graphic statements closely catered to emphasize the conference's diverse lineup of speakers and their practice. The identity’s direction allows for the work of contributors to show through first, while speaking heavily to the industrial design-focused audience and content. 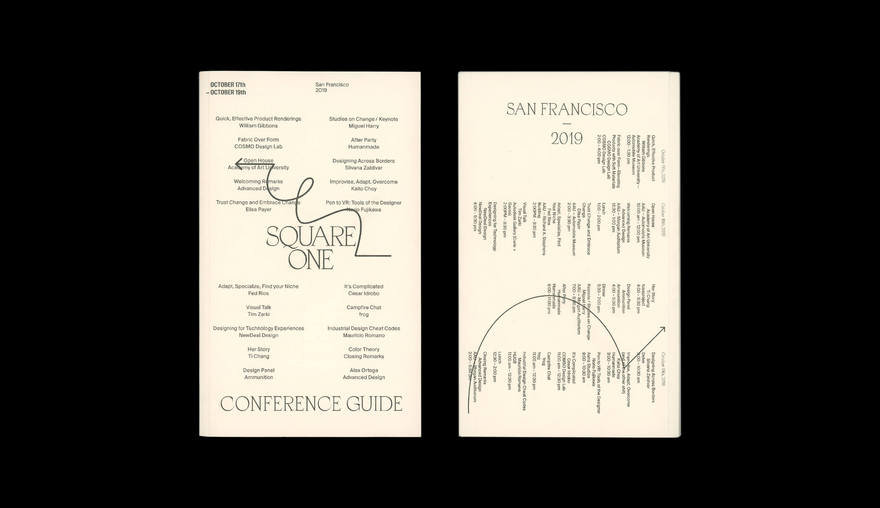 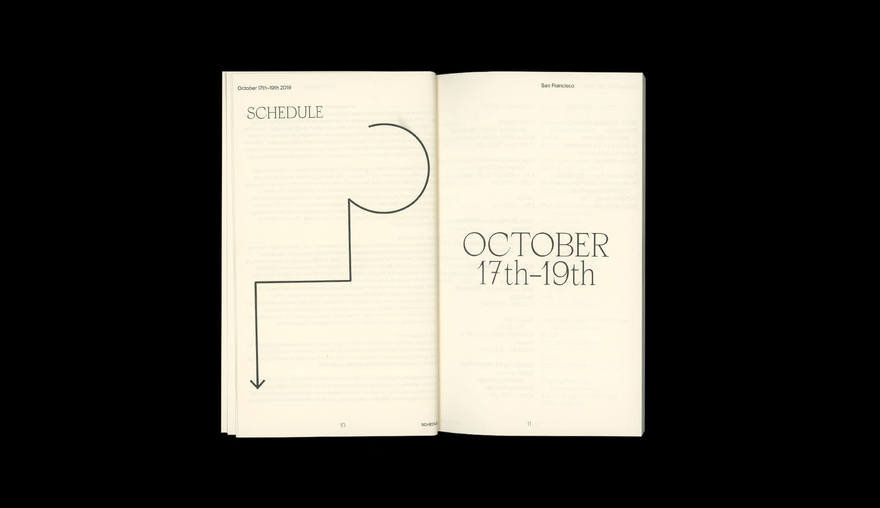 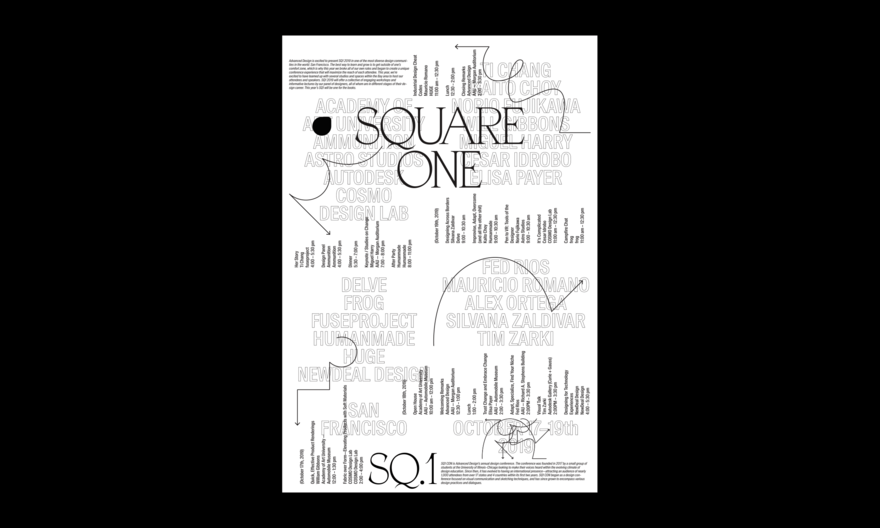 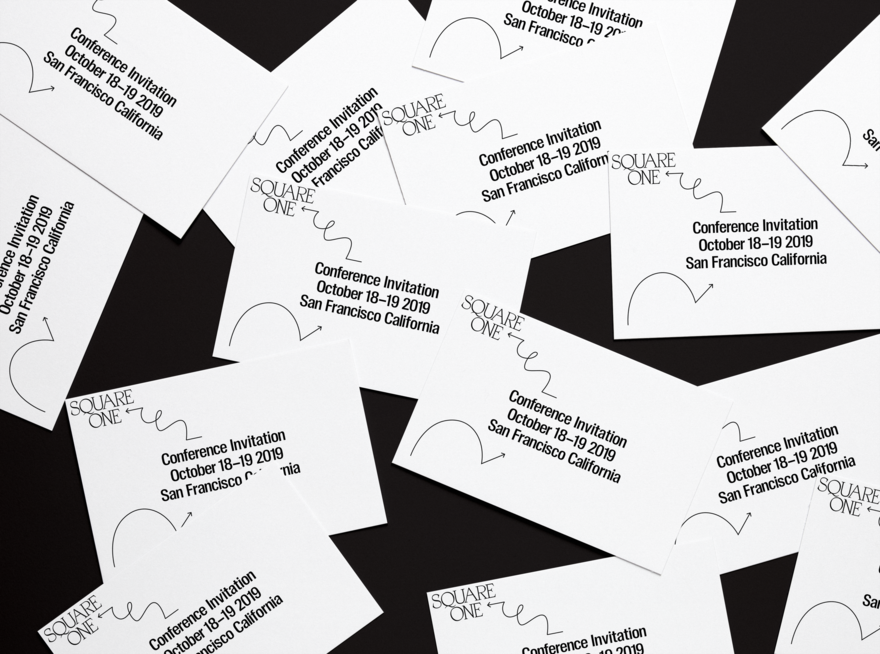 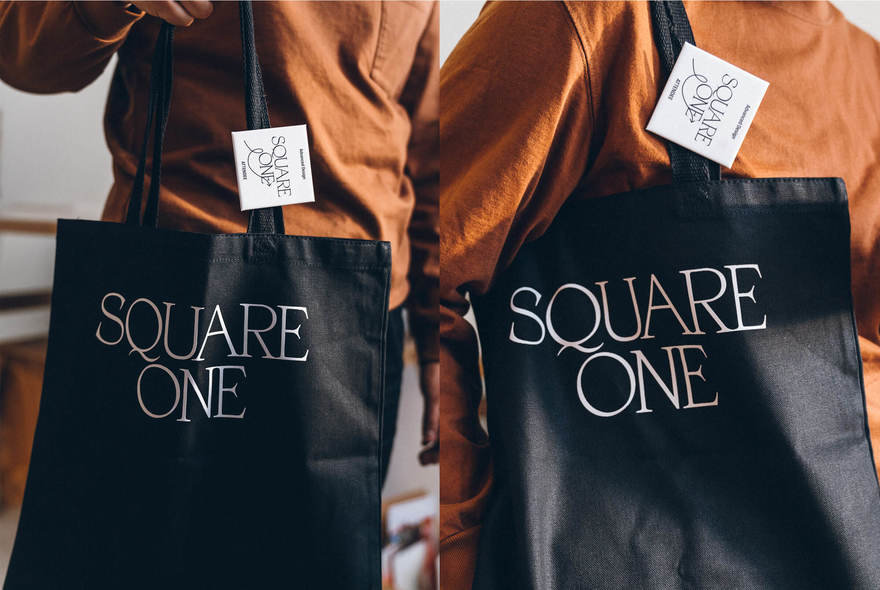 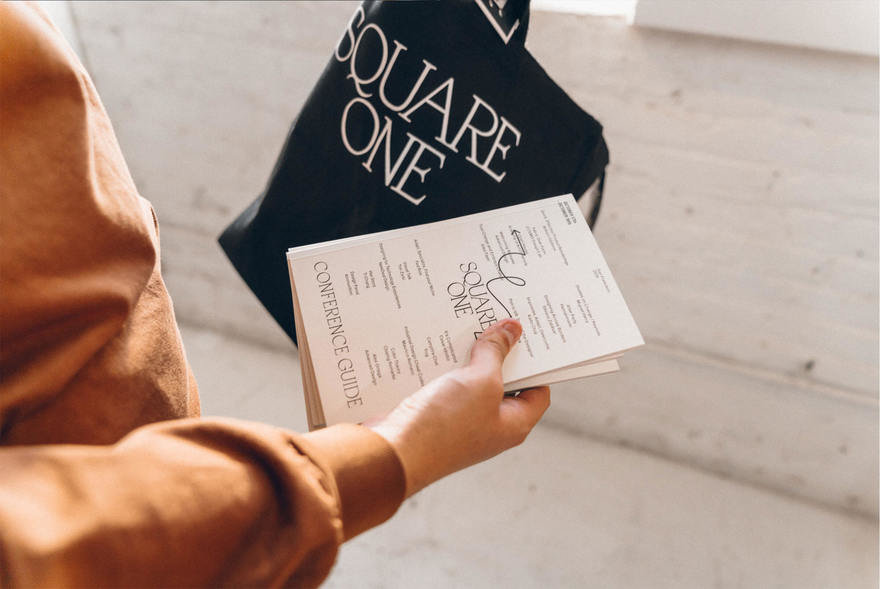 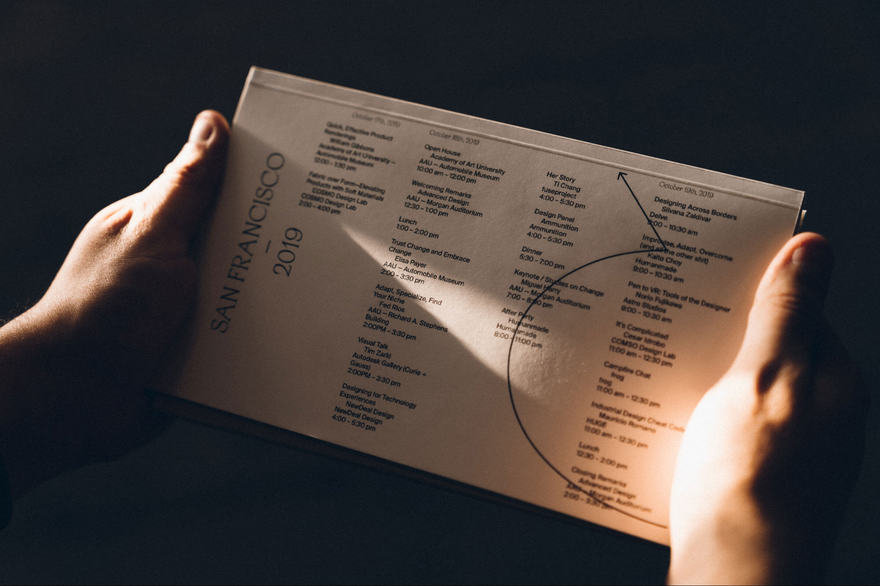 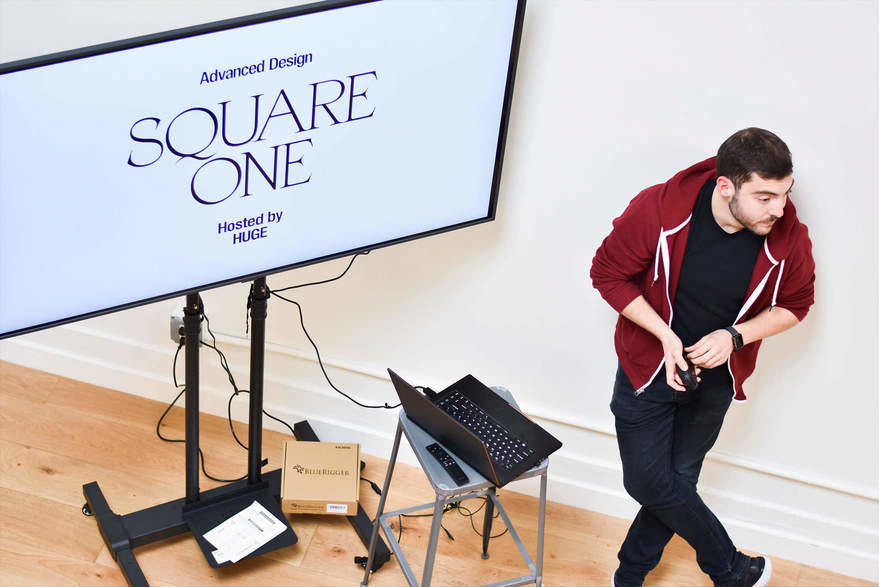 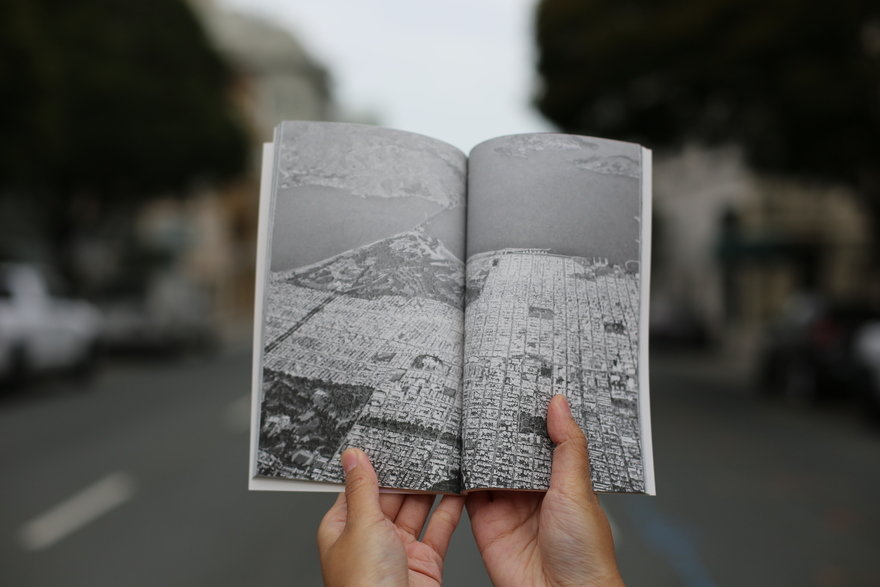 The SQ1 CON identity engages the idea of dialogue as change—emphasizing the titles of each speaker’s / studio’s titled workshop and identities through the use of the aggressive serif typeface, Apoc. Apoc allows for white space to show through pages in contrast with comprehensive copy and images of the work created by speakers and the studio spaces in which the conference lectures were held. This emphasis on title, prompted by the theme “change,” allows each individual designer’s contribution to the design discourse highlighted by SQ1. The identity follows the black and white brand language of Advanced Design while assuming its own unique identity by pairing its usual grotesque typeface with a new high-contrast one—allowing the client to free up the capacity to create new and unique identities for each year's conference.

The identity, in its dynamism, alludes to the mobile element of the conference—a conference without a set venue, but rather a series of venues, a new element introduced to SQ1 CON in San Francisco. The dynamic qualities of the identity allude to the conference’s need for mobility, requiring attendees to explore San Francisco to find and attend their workshops. The use of schedule as an identity element throughout the conference guide and poster became a means of wayfinding and navigation of events with each guide—adapting to both the mobile element of the conference whilst also being formatted in sequence by the schedule of events.