An up-and-coming brick oven pizza company on a mission to deliver the ultimate mobile wood-fired pizza experience for consumers, Smelted makes high-quality, ready-to-eat artisanal pizza in 90 seconds from its first-of-its-kind wood-oven mobile food truck. After receiving an infusion of capital from investors who believed strongly in its product and concept, the company needed a brand boost to grow with it. The original company name – Copper Crust Co. – and branding failed to capture the essence of its over-arching story as a fun, playful pizza-maker using farm fresh ingredients. The company was engaging with its community at local breweries, festivals, farmer markets and the occasional wedding, but needed to elevate its brand in order to gain traction in a wider market.

The OffWhite Co team led the company through a design and branding transformation in order to create a transparent, consistent brand that would not only resonate better with consumers, but would also capture the attention of a broader market and open the door to future opportunities. Building on the company's core attributes – creative, speed and artisanal – OffWhite approached the new design with a bold, playful mindset and suggested a company name change, "Smelted", to better reflect its cool, hip vibe as it targets the thriving local craft brewery market. The new concept includes an edgier logo that mimics The Rolling Stones-inspired iconic pizza tongue, whimsical characters to denote each unique pizza flavor and new tongue-in-cheek flavor names. By engaging the audience at all touchpoints using humor and combining brand elements in exciting, yet unexpected ways, OffWhite transformed the new brand and name, and helped create a booming business that is poised for future growth. 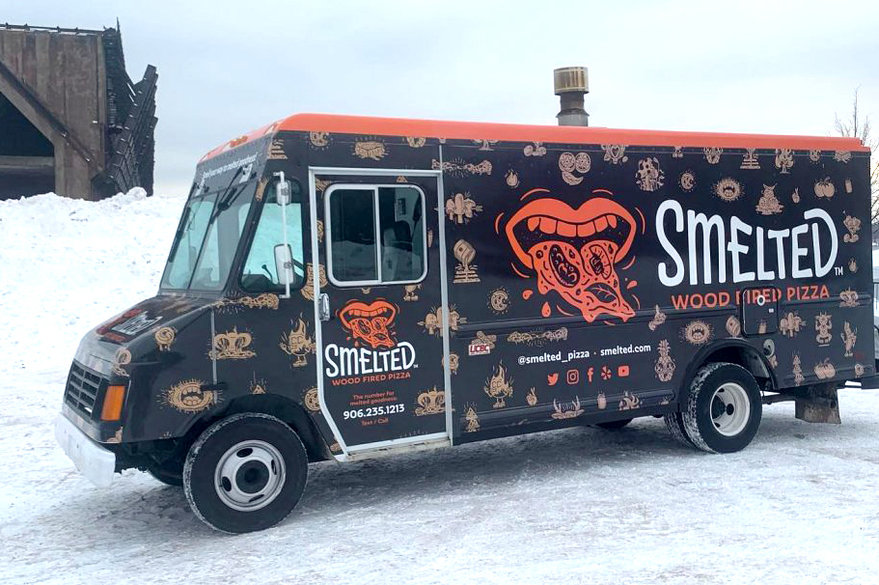 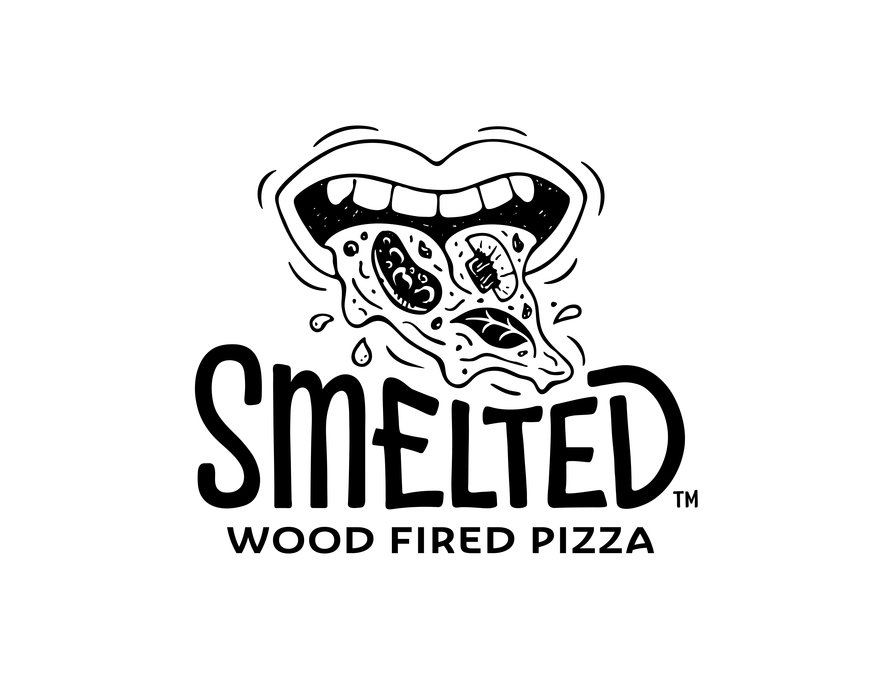 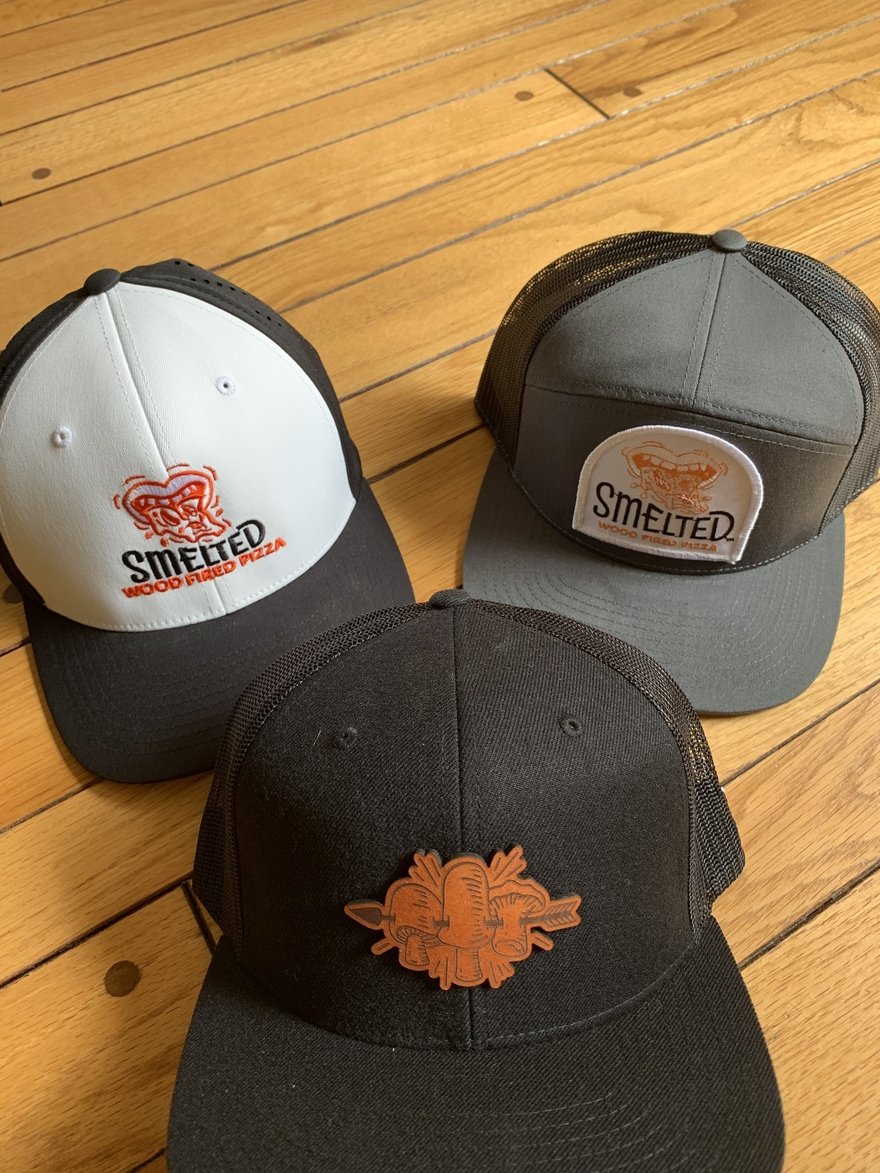 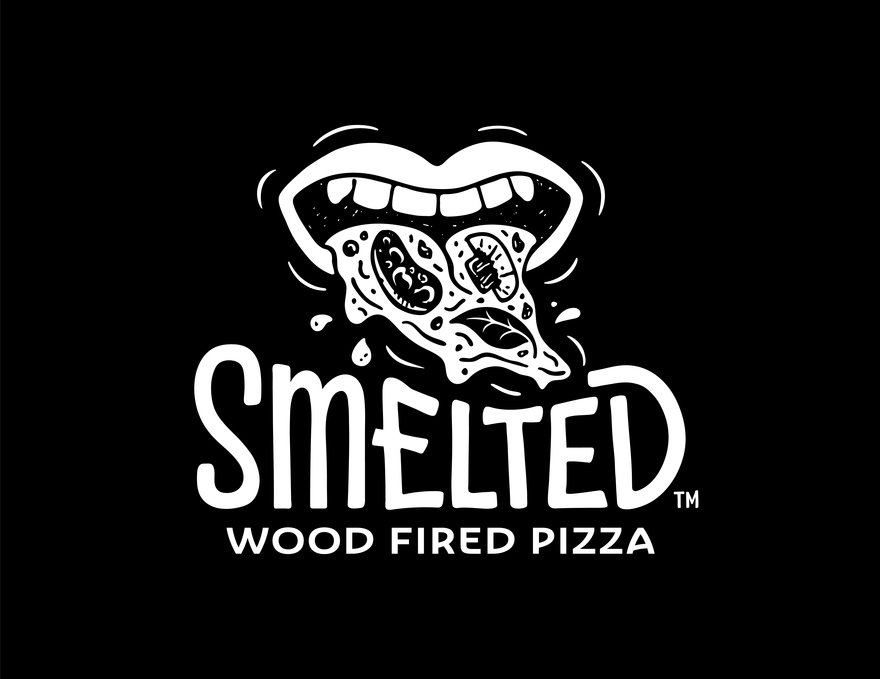 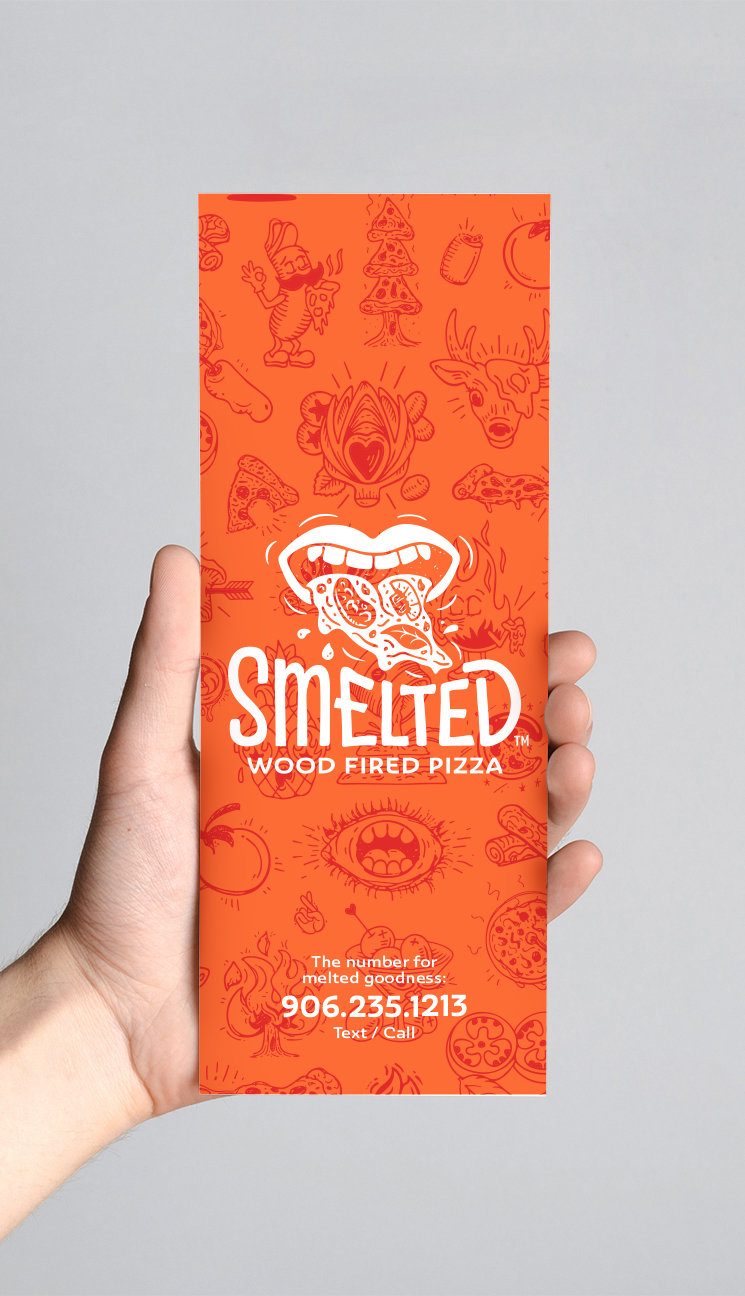 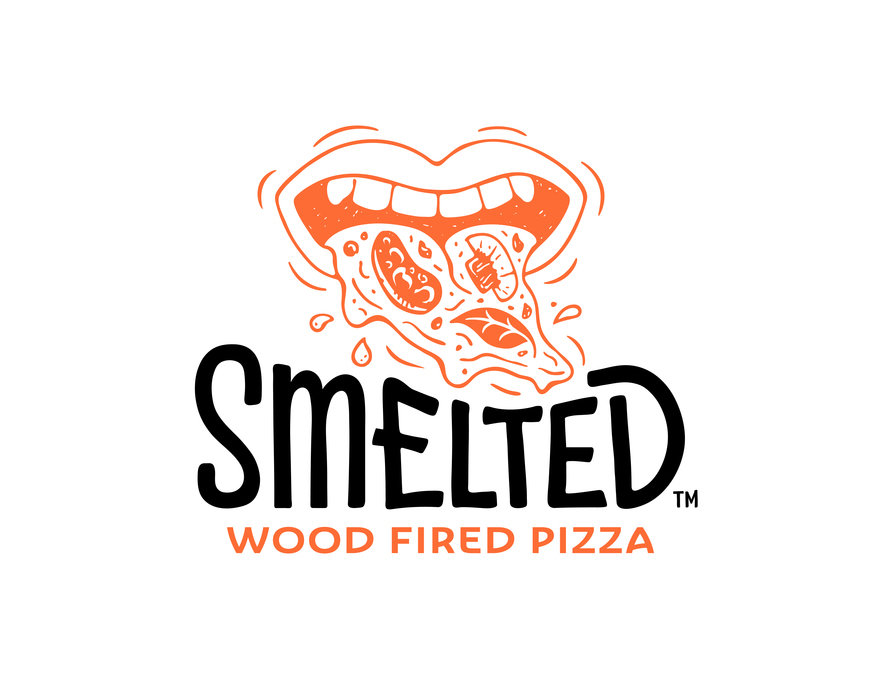 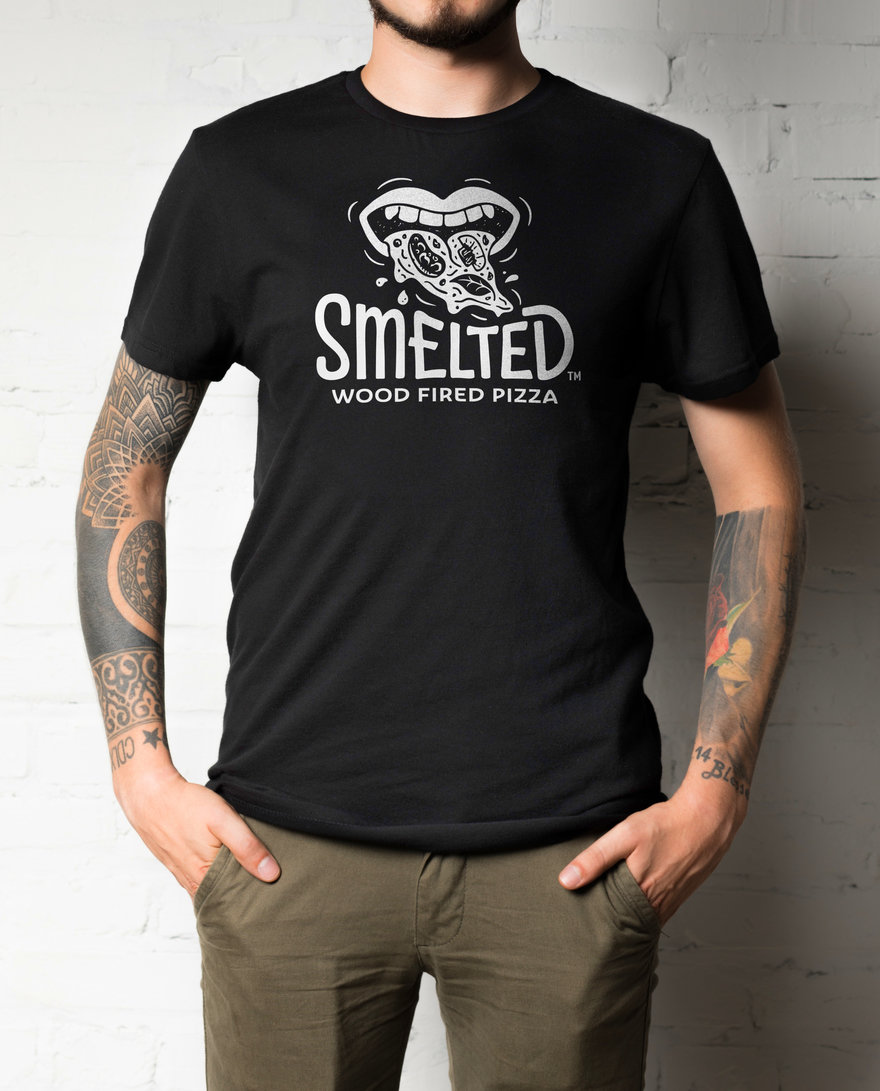 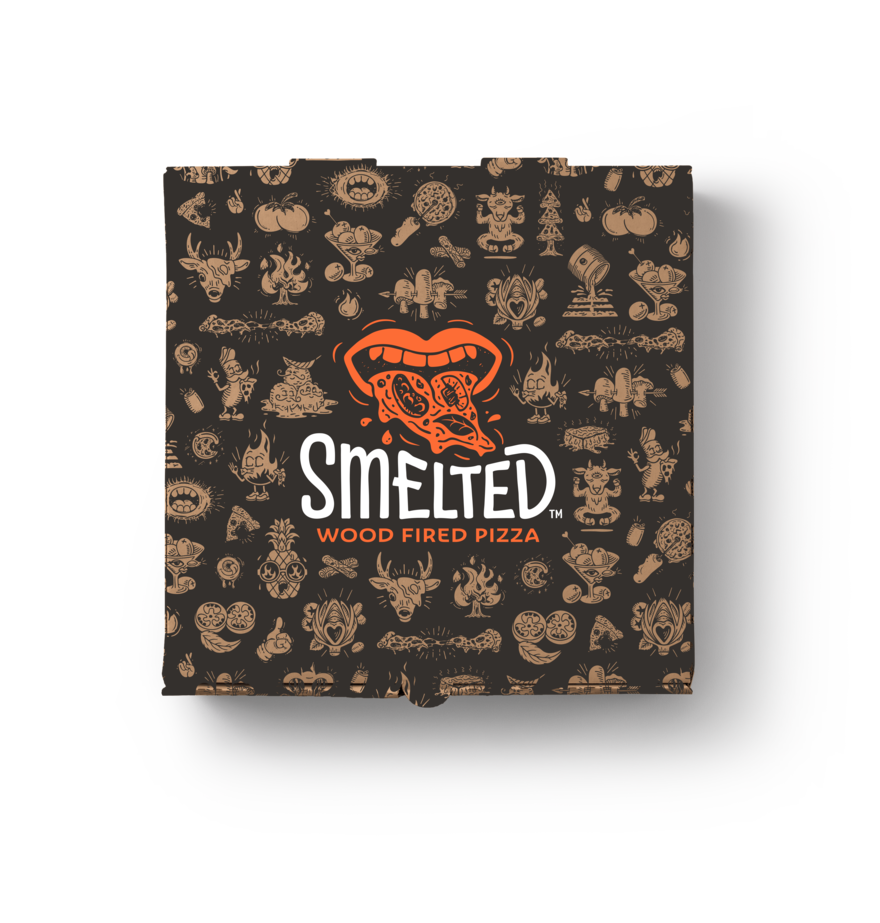 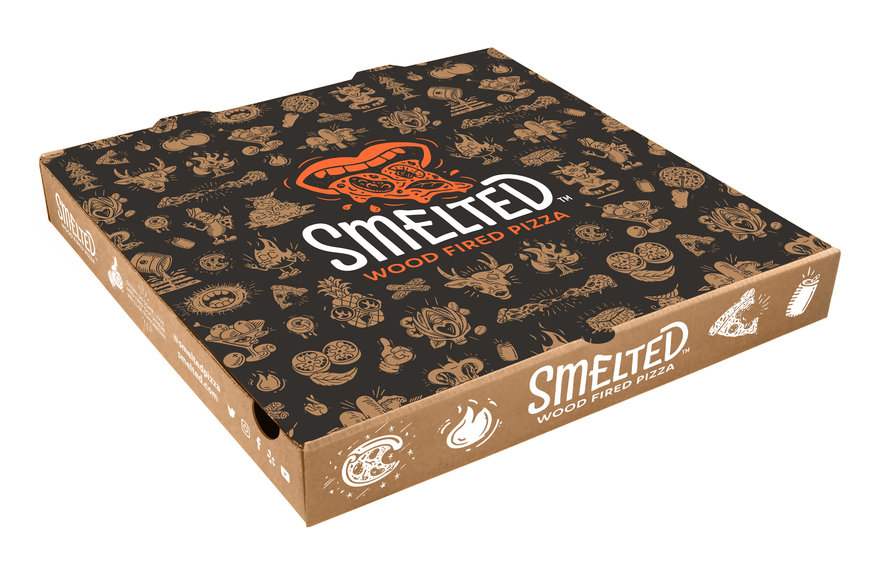 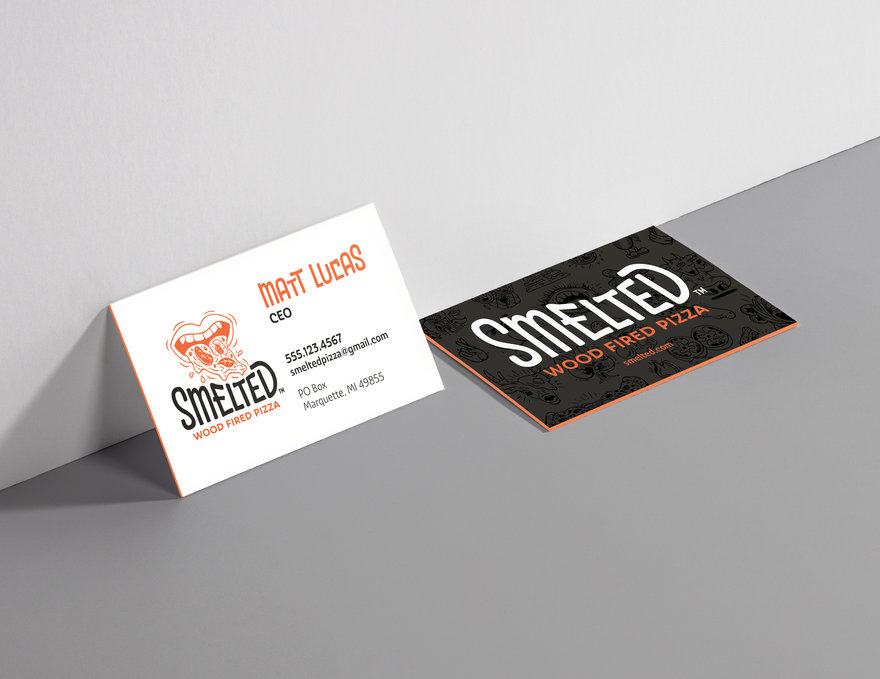 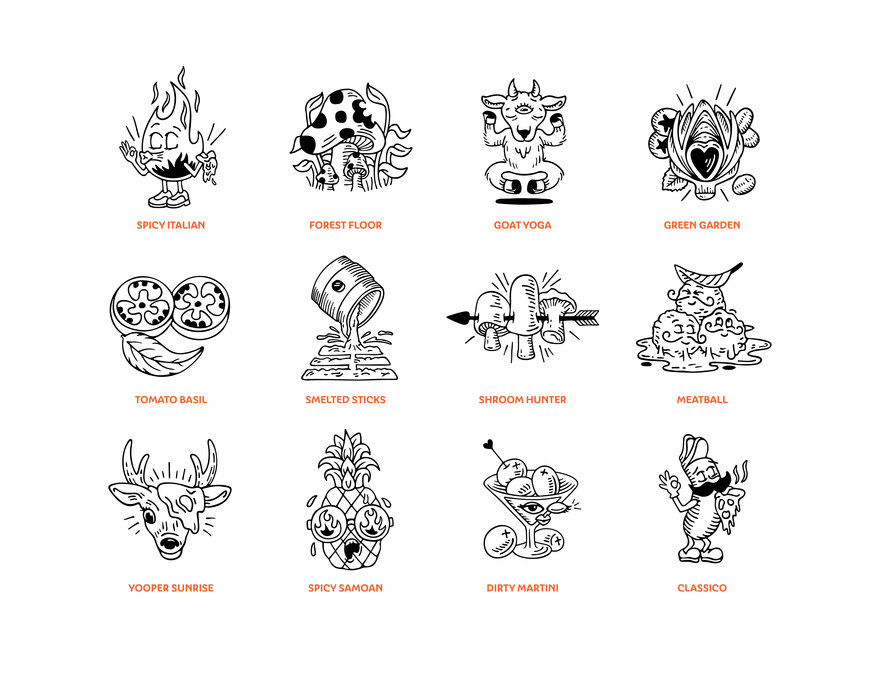 Strategy: The creative challenge was centered on establishing a new name and overall design strategy that would combine the idea of "melt-in-your-mouth" handcrafted pizza made from hand-picked, farm fresh ingredients, with the image of a colorful, fun company that brings a new take on wood-fired pizza. OffWhite's strategy was to develop a holistic brand story that would clearly express the brand and its virtues across all touchpoints, from the mobile trucks and pizza boxes, to the actual pizza flavors and the promotional apparel, including caps, t-shirts and business cards.

Design: OffWhite's solution was to anchor the brand in fun in order to reflect the company's playful approach to devising new and unexpected flavor combinations. The original brandmark for Copper Crust Co. incorporated several core elements, including: a brick arch to represent the pizza oven; a line of trees to denote the company's hometown of Marquette, Indiana, and allude to "wood fired" pizza; and, a distressed circle to represent the pizza shape as well as the watermark a beer can leaves behind on a table. Each individual element had a purpose, but together, the busy and complicated design left consumers confused and uninspired. After conducting a name study, OffWhite recommended "Smelted" as a one-word company name that carries big weight. Not only does it reflect the smelting process conducted by the company's hometown copper and ore mines, but it also exudes the connotation of mouth-watering, cheesy, melt-in-your-mouth pizza. A new logo, reminiscent of The Rolling Stones band logo from the 70s and 80s, was created to tell the company's brand story in a fun and exciting way that resonates with customers, the majority of whom are young, hip and hardworking blue collar employees between the ages of 18 and 45 who enjoy spending time at the local breweries. The large, red, smiling mouth is salivating as tasty ingredients melt on its tongue. OffWhite's new design direction uses bold red and black colors to convey the idea of red pizza sauce with a strong pop, delivering a premium tonality. The newly-named pizza flavors are playful – such as Goat Yoga (goat cheese and fig), Dirty Martini (green olives), Yooper Sunrise (maple honey butter and sage sausage crumble), Forest Floor (wild mushrooms and organic sprouts) and Shroom Hunter (wild mushrooms and jumbo pepperoni) – and each one is accompanied by a graphic flavor icon that is edgy, humorous and visually appealing. OffWhite successfully devised an expressive way to characterize each flavor and the result is a set of individual icons that are easily carried across other Smelted brand elements, bringing consistency and clarity to the company's overall brand story.

Results: By creating a set of consistent, bold and playful brand assets, OffWhite elevated the Smelted brand experience and major industry players are taking note. The company is generating strong brand awareness – landing a deal with a major national hotel chain to open Smelted-themed restaurants – and building a growing community of enthusiastic brand followers. Since launching its rebrand in 2019, company sales are rising exponentially and people are gravitating to the company's cool, new promotional swag. Smelted is both rapidly expanding its customer base and is poised to make inroads into supermarkets, with plans for a frozen pizza line currently in the works.