For quite some time, the command line has dominated the application development world. While its relevance can never be ruled out or even replaced, it does restrict developers from getting a peek at the larger picture of an application and project.

After all, lines of text prompts can only do so much from a visual perspective. But luckily, there's the Topology View.

The Topology View allows developers to visualize their application, the constituent components, and the relationship among those components in the cloud-based application. It carefully differentiates and highlights the distinctive role each component has to play in the overall architecture of the application. This kind of visual clarity helps developers make better creative decisions.

It surfaces details on the canvas that are most critical and vital to the health of the application. This eases developers into the detailed logs if they wish to drill down further. It also simplifies many day-to-day tasks by translating them into intuitive visual interactions that could be performed on the canvas, which reduces the odds of navigating away from the canvas.

Besides enriching the developer experience by providing more insight into the application architecture, Topology Views can help shape the future of development. Not only does this visual approach drastically bring down the dependence on code-heavy practices, but it also opens the door to developers of all abilities, especially those who aren't able to easily comprehend and use code-heavy operations. 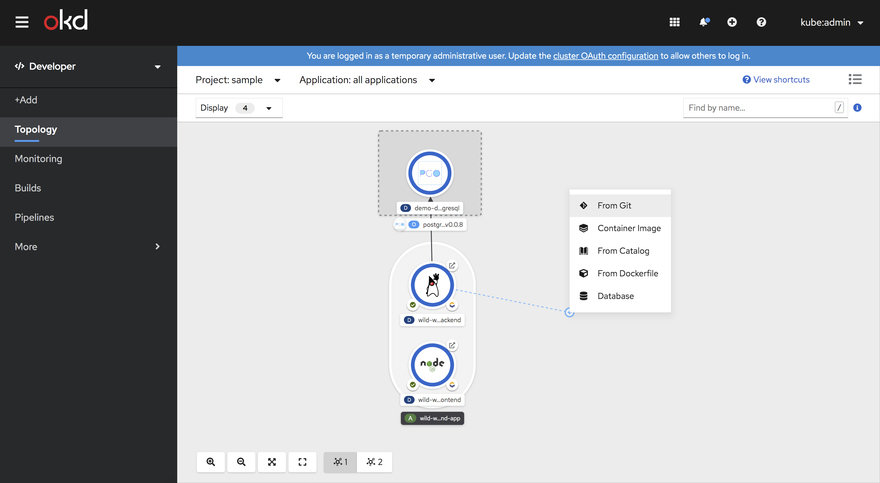 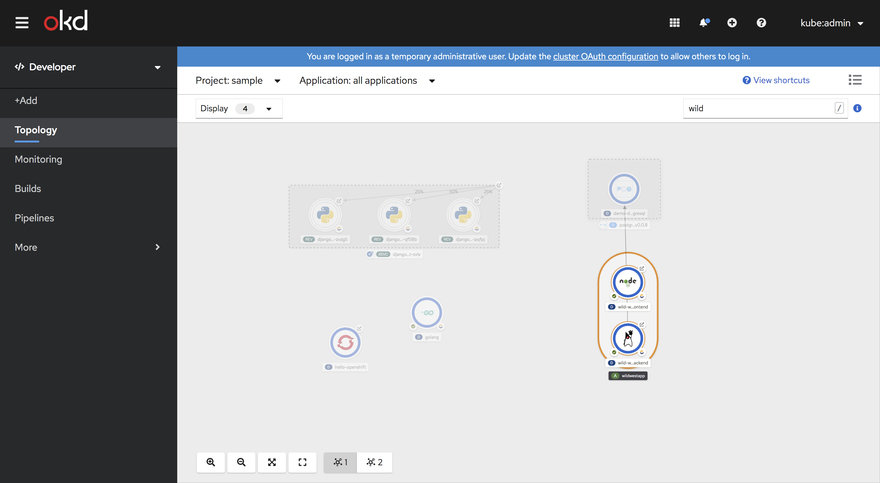 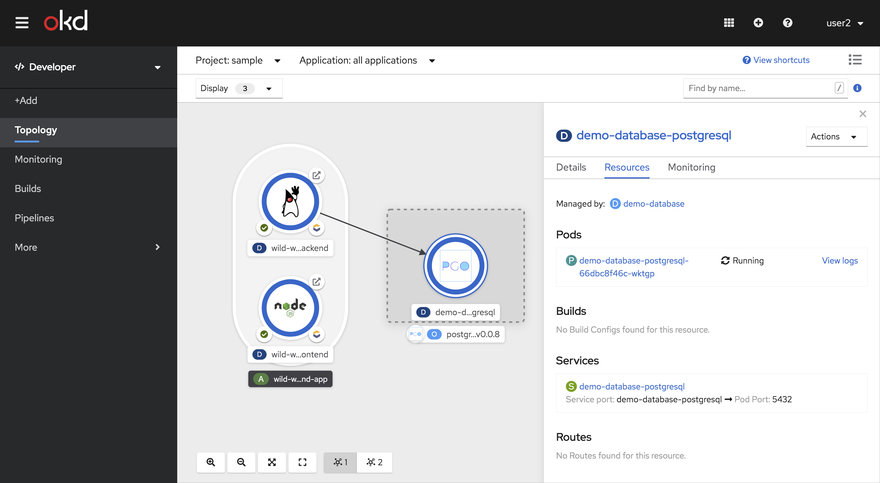 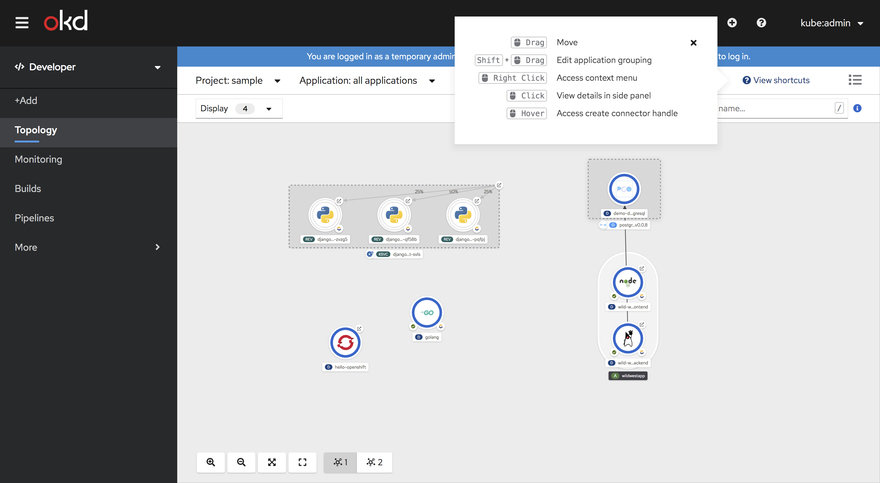 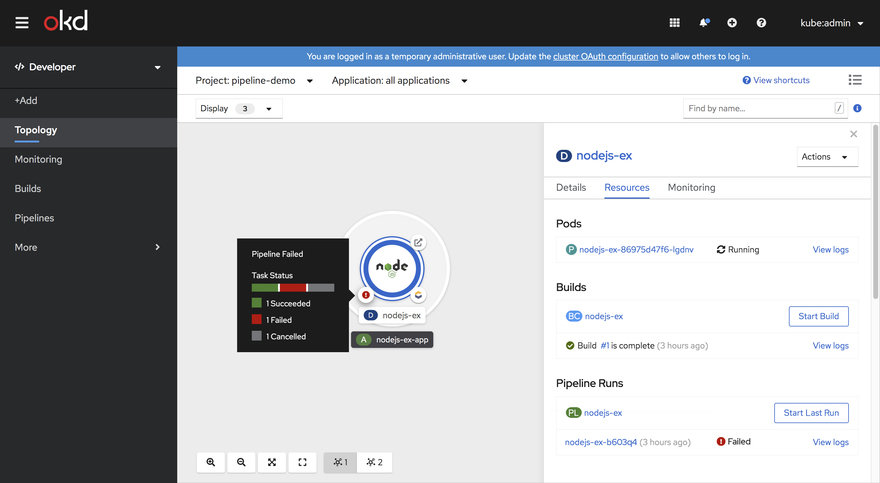 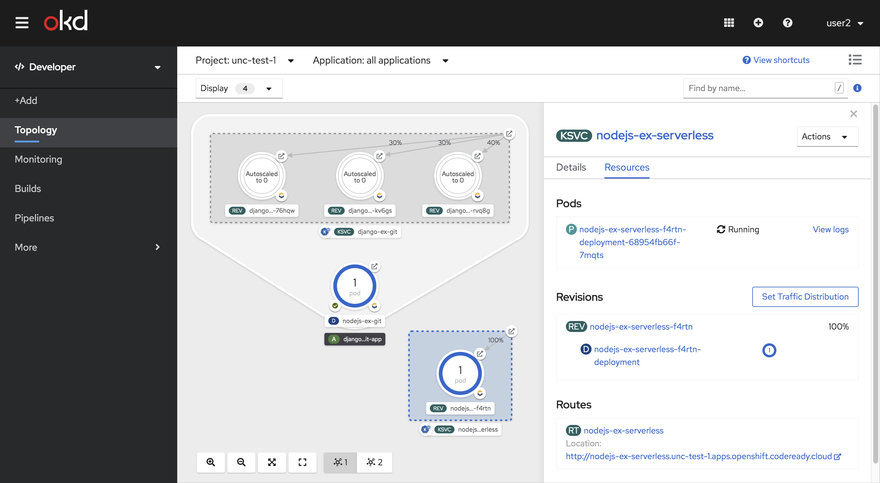 Developers bring products to life. With their tenacious dedication and focus, they help transform an idea into reality. But they're no strangers to programming fatigue and anxiety, which could very easily lead to a lack of creativity (or worse).

On top of that, Kubernetes—an open source platform that automates the work around containerized applications— is hard. Developers running their applications on it for the first time face a steep learning curve. OpenShift is an enterprise-ready Kubernetes container platform with full-stack automated operations that allows users to develop, run, and manage applications.

So then there's the question, "How can we make OpenShift and Kubernetes easier for developers?"

Say hello to the Topology View.

The Topology View is a thoughtfully designed interface in the developer perspective of the OpenShift web console. It provides a visual representation of the application structure, which makes it easier for developers to focus on the information that matters most.

For context, the developer experience introduced in the 4.2 OpenShift Web Console gives developers an optimized experience with the features and workflows they need to be productive. Developers can focus on higher-level abstractions like their applications and components. The Topology View helps developers quickly grasp their container-native application architecture. It visually abstracts aspects of Kubernetes while letting users drill down and get to the OpenShift and Kubernetes resources that make up their applications.

Here's how it works: The Topology View visually renders the components that make up the user's applications—communication dynamics, real-time health status, and progress (while in transition)—while providing the visual trigger to perform any associated action. This allows developers to build sophisticated applications that deliver greater usability, visibility, and manageability of the data that drives the solution.

So it makes OpenShift easier to use. But more importantly, the Topology View makes it easier for developers to build their own creations without the stress, fatigue, and burnout. It carefully replaces the code with visual elements that are easy to interact with, and it surfaces and reduces the contextual action to just a few clicks. It also makes sure to show a real-time effect of those actions on the canvas to bring down the anxiety and stress for developers.

And by simplifying these wearisome parts of developers' jobs, the Topology View is a purposeful attempt by Red Hat to make the developer community more inclusive, especially for people who have certain disabilities like dysgraphia or dyslexia that make it harder to read and write the complex information developers work with on a daily basis.

For more information, here are two blog posts about the Topology View:

Tour of the Developer Perspective in the Red Hat OpenShift 4.2 web console

The Topology View is more than a view. It's a feature that's making the developer world a more inclusive, stress-free place where talented people can do their best work.