Currently a great potential of young migrants and refugees are 'geographically' stuck by the fact that they don't "physically" own a degree certificate, acquired in the country of origin, or the documentations that prove they're present students. But if you are in a situation where you have to leave your country, because your city is being bombed, the last thing you'd think about it to "organise your suitcase".
We therefore face the following issues:

2. Academic titles are not recognised, because the coexistence of different academic formats between countries.

3. The Loss of identity: because our study and career choices say much more about who we are, especially when you have to rebuild your life, as in the case of young migrants and refugees.
But in a migratory context, where the continents in movement create a "geosismic view" of reality, why can we not imagine the existence of a single format for academic document that can be universally shared among countries? We've already done something like that. We invented the passport to travel around the world with ease.

The Universal Identity Passport contains within it academic data, in addition to our personal data. It's linked through a biometric sensor, to a blockchain platform, to resolve the loss of data, guaranteeing its completely history. The blockchain also, as a communication protocol, allows us to create a connected platform between all the people involved in the process. It's a connected and secure system for studies verification that makes universal the academic validation process between countries. 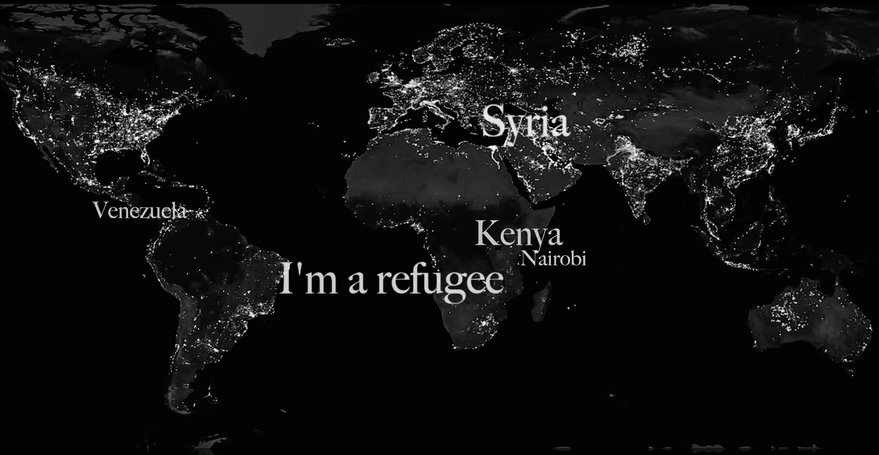 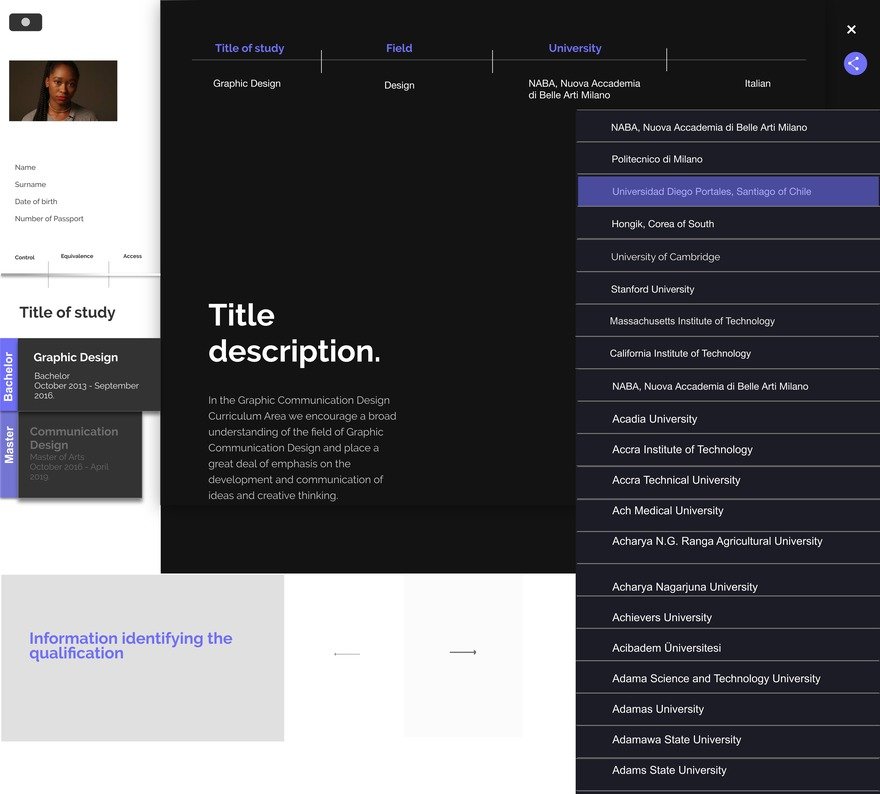 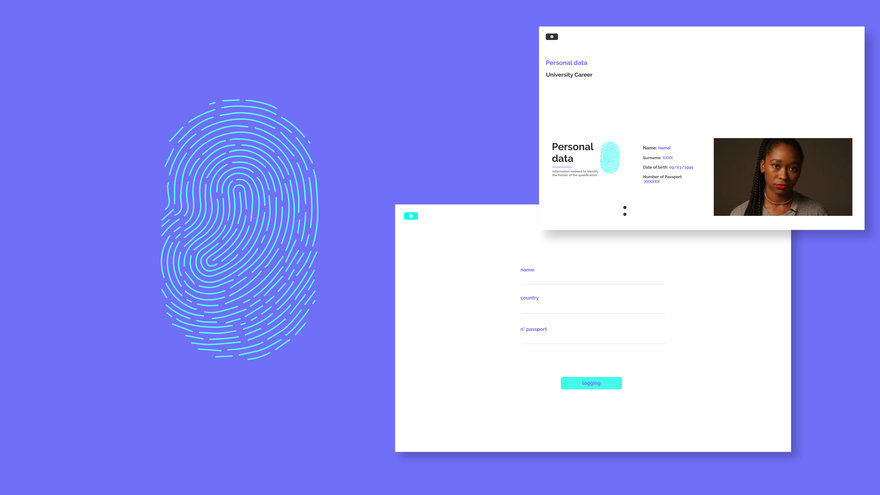 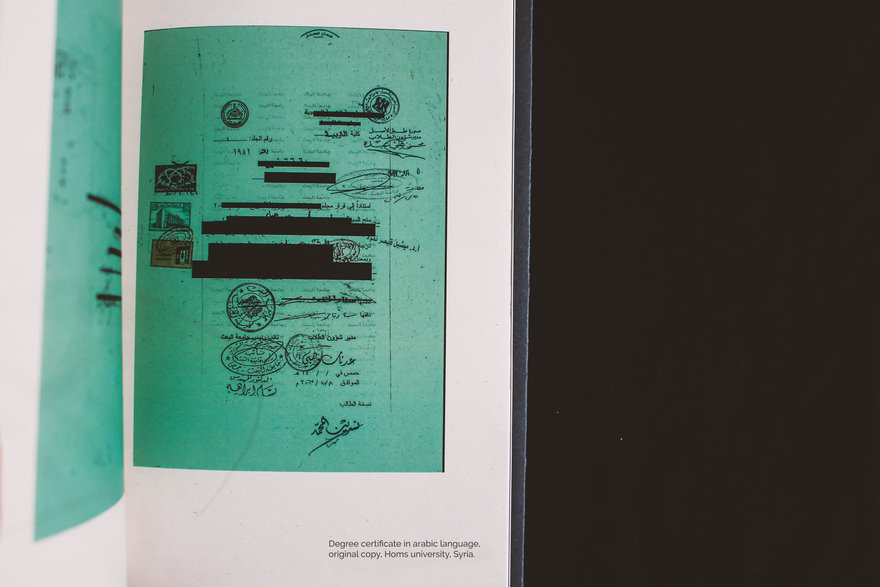 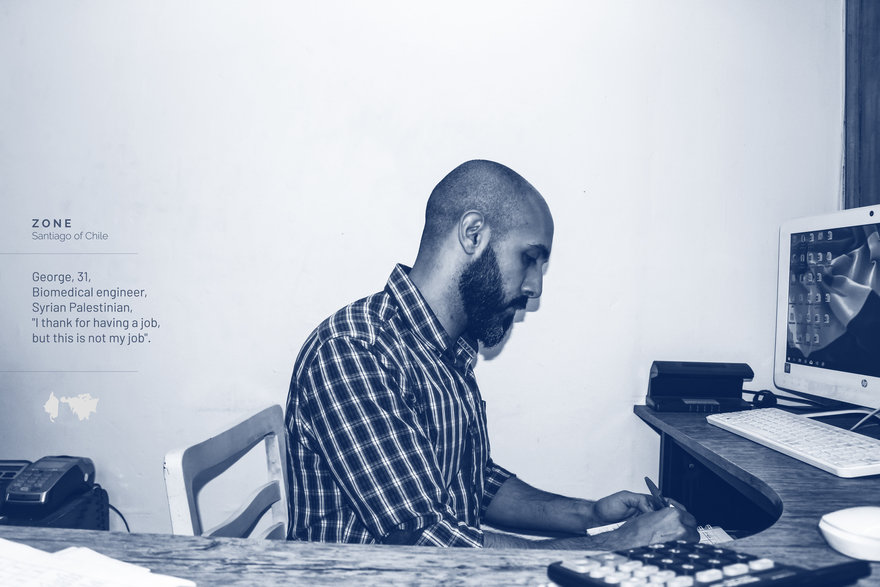 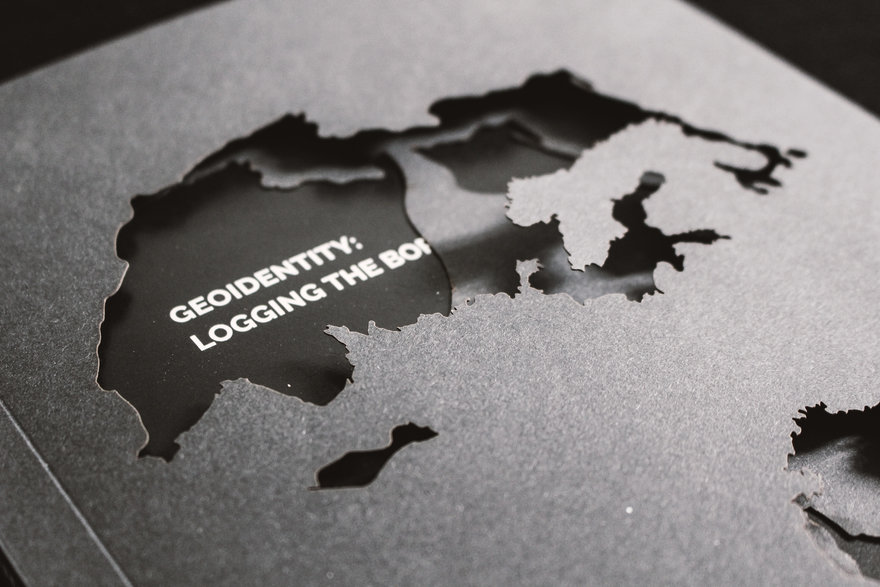 Geoidentity: logging the border, came to life as result of an archive of voices which I had the great privilege to document during the last few months of geographical movements to exploring the migration phenomenon. I designed this project crossing many countries, from Italy to Chile, Argentina, Brazil, Easter Island, Bolivia, Malta, and in connection with refugees from Nairobi, Kenya, Syria, Venezuela, Ivory Coast transforming this documentation in a global system.

Co-design new solutions with a variegated team of experts all over the world and with the communities who live the problems we want to resolve, allowed the creation of unknown design paths, where every single person teach me how to find Jugaad, a Hindi word that means intelligent solution to fight against adversity.

Imagine if every single Country could request a different document format to access the Country, who would like to travel more? Well, this is what happens when we need to access in the study and work area. In Chile an Indian girl can't validate her studies because the University required a document format that in India doesn't exist.

"I studied information system. When I came to Brazil I used to speak 4 languages, and I didn't find a job".- "My house was bombed 3 times. When I arrived in Turkey I thought: I'll never have the opportunity to finish my study".

I want to show to influential change-makers how they should embrace the direction of future innovation, simply because the real innovators are the young minds, and they are currently stuck by an obsolete system. We can change that.