Creative Tensions is a format for collective conversation, expressed in movement, wherein participants reveal where they stand on an issue by where they stand in the room. Guided by a moderator and provoked by experts who approach a given topic from different perspectives, Creative Tensions is an eye-opening, reflective, and inspiring live experience that demonstrates the value of three fundamental concepts of human centered design — empathy, curiosity, and optimism. 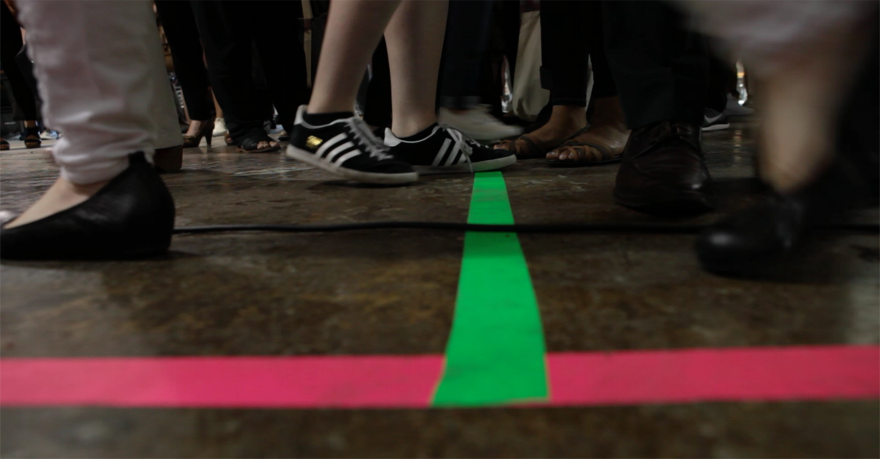 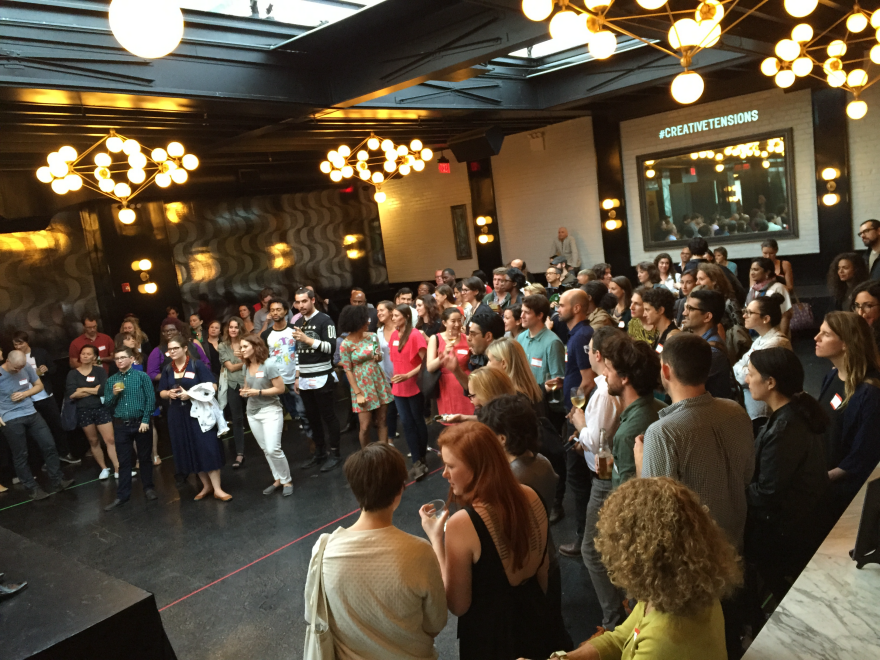 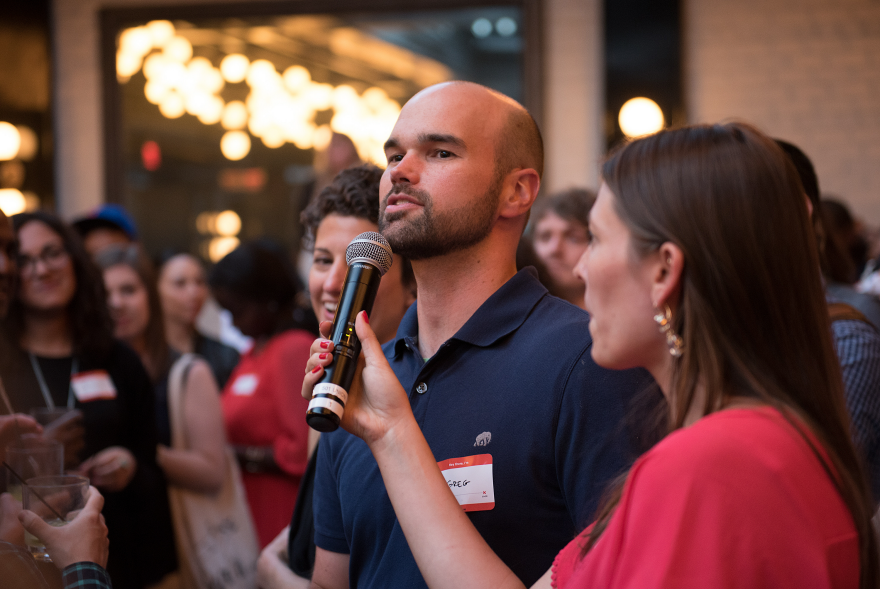 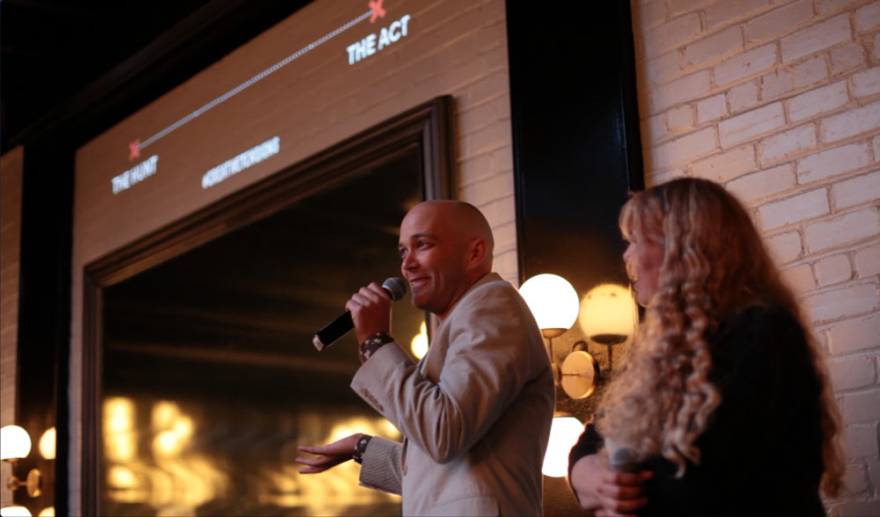 When IDEO and the Sundance Institute Theatre Program sat down to collaborate, we immediately recognized a common desire to bring creativity to unexpected places. What unusual experience could we create together for our audiences? We decided to experiment by combining elements from each of our methods - empathy and observation from human centered design, movement and self-reflection from theater. The result is Creative Tensions, a format for collective conversation, expressed in movement, wherein participants reveal where they stand on an issue by virtue of where they stand in the room. Guided by a moderator and provoked by experts who approach a given topic from different perspectives, Creative Tensions is an eye-opening, reflective, and inspiring live experience that demonstrates the value of three fundamental concepts of human centered design — empathy, curiosity, and optimism.

Creative Tensions conversations take place in an empty room. All participants are standing. The moderator offers a verbal prompt to the room, pertaining to the topic at hand, while a "tension" representing a spectrum of possible responses is projected on a wall. The participants, including the invited speakers, move to the place in the room that reflects their particular response to the prompt. For example, in a conversation about the American Dream, we offered the prompt, "When I think about the American Dream, I feel…," and projected the tension "Included ----------- Excluded." Participants distributed themselves in the room from one end to the other, each according to their personal feeling of inclusion or exclusion.

At that point, the moderator kicks the conversation off by asking the invited speakers (we call them Protagonists) to share why they are standing where they are standing, and inviting others to move if something said changes their point of view or sparks a different line of thought. In the example above, social justice comedian and filmmaker Negin Farsad described her experience as a female Muslim feeling excluded by the film industry, which caused another woman in the room to move closer to that side of the room. The moderator asked why the woman moved, and in this way, a dynamic and fluid conversation began, where participants, speakers, and moderator together examined the opposing forces that shape our collective experience of the American Dream.

In addition to providing eye-opening examinations of the human experience, we have learned through participant feedback that Creative Tensions conversations are instructive tools for unlocking empathy, curiosity, and optimism. The physical form activates people viscerally, places them in close proximity to one another, and encourages eye-contact — all of which enhance one's ability to hear and absorb perspectives that may differ from one's own. The volleying nature of the conversation, which evenly engages audience and speakers alike, sparks a desire to hear from as many people as possible. Lastly, the invitation to move if one's perspective shifts during the conversation, opens participants to the possibility of change, a crucial step toward adopting an optimistic point of view.

After an initial prototype in fall of 2014, Creative Tensions debuted to the public as an ongoing live event series in June 2015. Since its inception, Creative Tensions has explored the topics of Truth, Sex, Action, Home, and the American Dream, and has also been used as a design methodology for client engagements. For more on Creative Tensions, including descriptions of past events and a full-length video capture of the event on Action, please visit www.creativetensions.com.

IDEO and the Sundance Institute Theatre Program are delighted to submit our collaboration to Core77 Awards in the Design Education Initiative category and thank you for your consideration.

Bringing large number of people/audience on an informal platform generated to give opinions and share concerns/issues is really a great initiative in today's virtual world.

The creative ways to segregate people based on their opinion and probing them while they are unsure of which side to take, really opens up for a unique method to engage large groups in discussion of common issue to find solution or at least understand the problem in totality.