4 million people take the tube everyday, making it the most heavily used mode of transport in London. The tube can be a world of unspoken signals and gestures: while people say little when they are traveling, there might be a lot going on inside- fears of danger, stereotypical assumptions or anger at being unfairly distrusted.

All this contributes to high tensions among tube travelers.

But what if this experience could be different? Can there be a way to make passengers feel more at ease and to create a more positive tube experience? Project MURA is an experimental and interactive musical experience that aims to change the interpersonal dynamics in the London Underground.

Through encouraging collaboration and using music as the medium, project MURA's goal is to break the tension and to evoke a momentary feeling of trust among passengers. It is comprised of a musical system that involves a soundscape generated through the collective taps of oyster cards, transitional graphic elements, and musical handrail control components on the tube.

Ultimately, project MURA aspires to create a better sense of community among commuters.

We now invite you to join our musical journey in the London Underground, please have your oyster card ready. 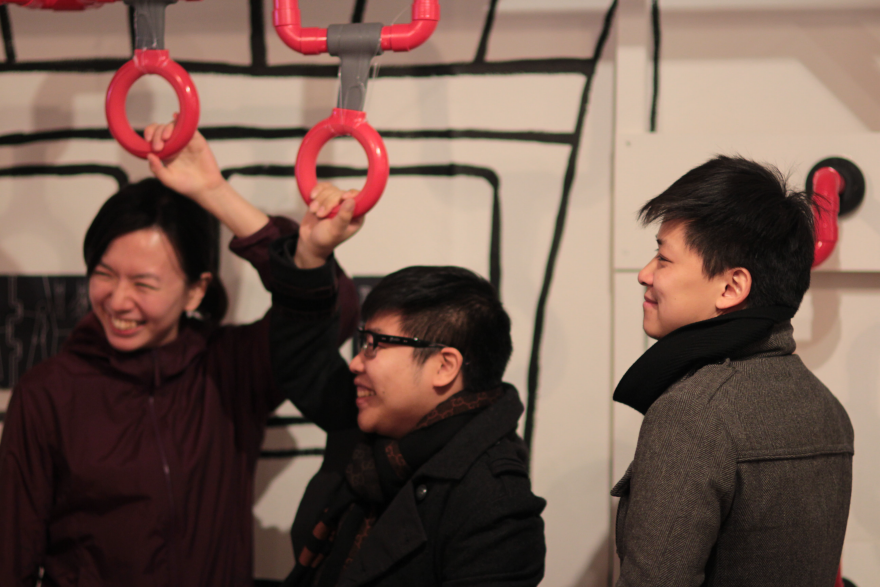 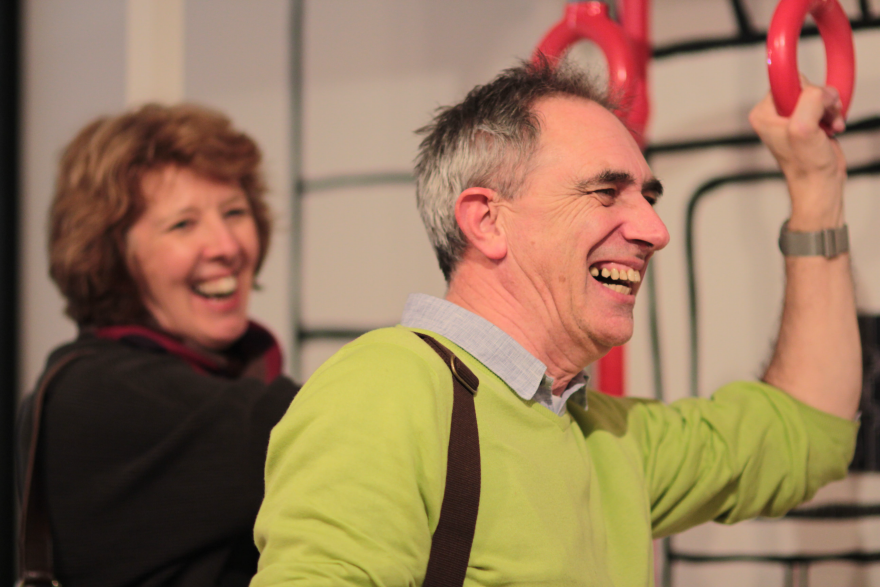 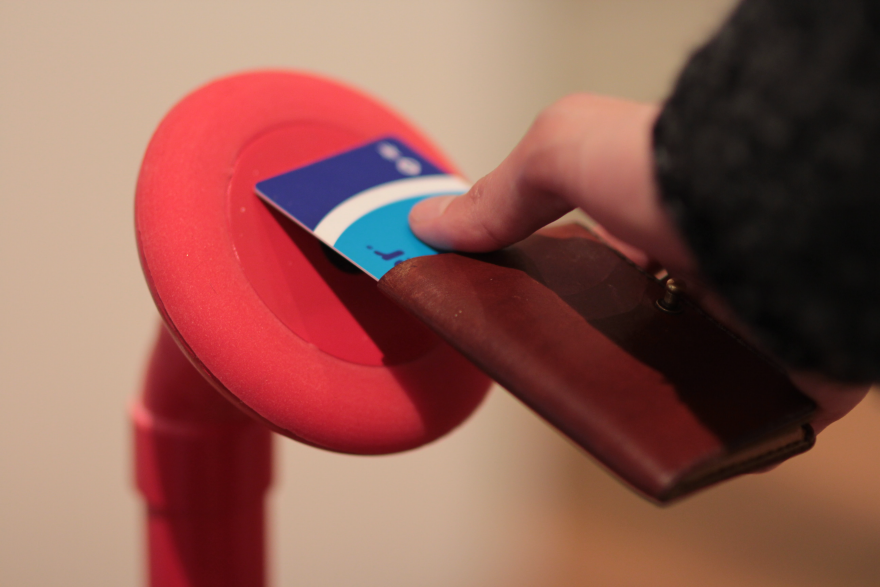 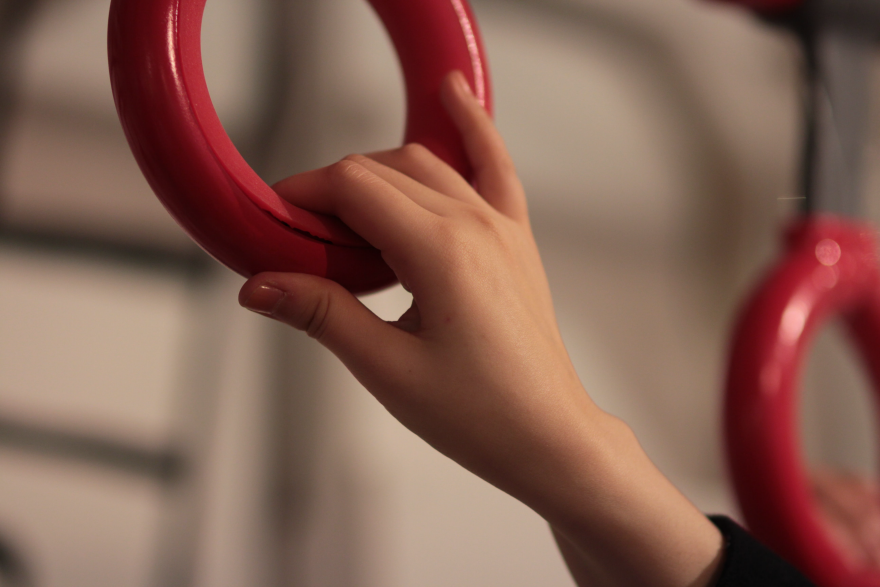 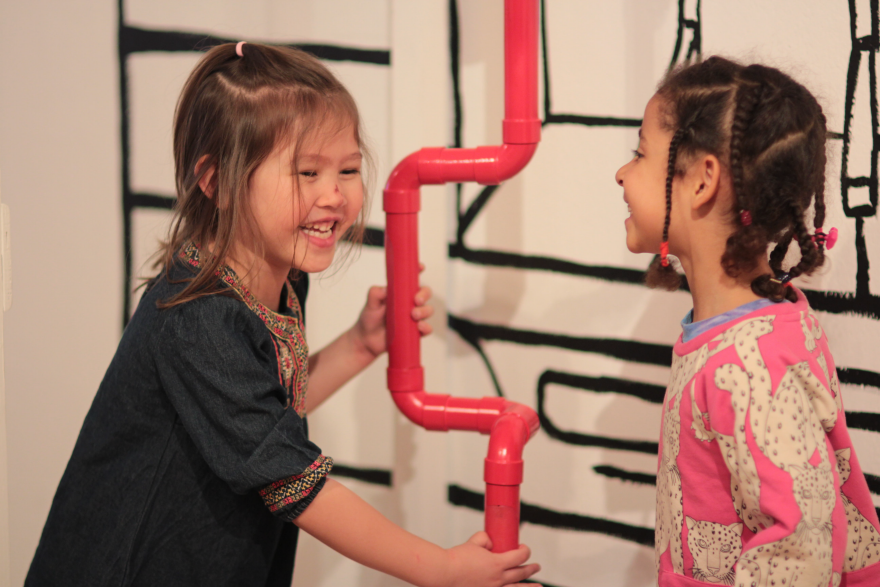 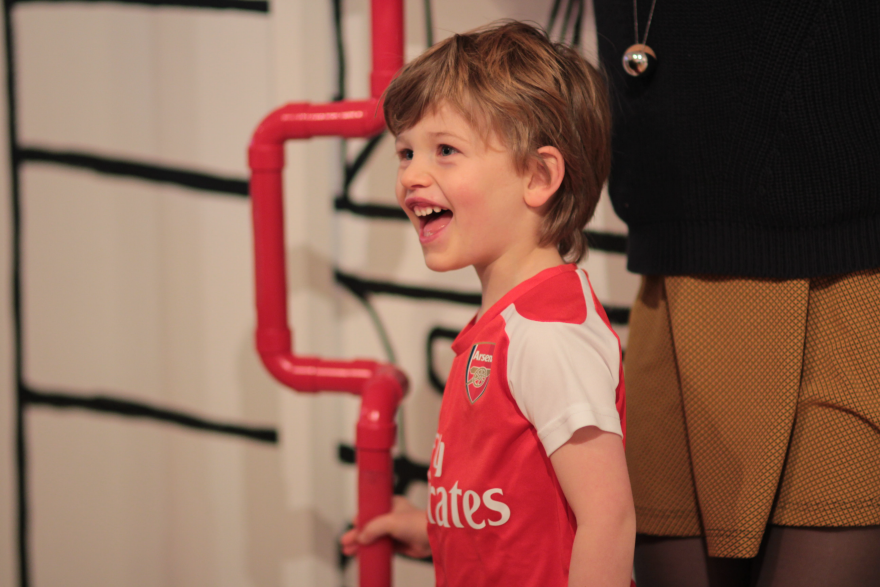 Project MURA is an experimental project in the London underground that aims to create a more positive experience by using music as a means to encourage interaction among commuters.

We ultimately chose to focus on the tube as we decided that it was an everyday life extreme environment, which forms a critical part of a good portion of people's lives. After speaking to Paul Marchant, Design Director of TFL, we realized that one of the main missions of designers involved in shaping the tube experience is to make passengers feel as at ease/normal as possible, 30 meters underground.

Given that, we were wondering if there was a way to relate this back to our initial objective, which was to enhance one's experience in a confined space through encouraging interaction. On top of this, we noticed that following the recent attacks on Paris, the tension on the tube is even higher than normal. The tube has become a sinister place where people are weary and suspicious of one another. This got us thinking whether it would be possible to create a momentary sense of trust among passengers on a tube to reduce the anxiety and to subtly reassure people that things are alright.

We explored different types of interaction triggers such as visual signs and audio elements. We got particularly intrigued with music. Our original inspiration stemmed from an unintended incident that occurred earlier on. As you may or may not know, there is a piano at the corridor outside the library at the royal college of art. We were interested in how music had the ability to bring people together and to momentarily ease a tense situation.

Moreover, the effect of music influences not only the people directly involved in creating the tune but also the people in the background listening to it. We also researched on prior examples of how music was used in public transport. In 2003, TFL introduced classical music in a number of 'dangerous' stations in an effort to reduce crime and anti-social behavior. While this main aim was achieved, it is interesting to note that majority of commuters expressed that they felt less stressed and more at ease. Sociologists reasoned people need protection not from crime itself but from the fear of it. Therefore, it is believed that the real success of this project lies in the power of music to help people feel a little braver.

Based on these reasons, we propose integrating musical elements within the current tube experience to subtly encourage a sense of collaboration among passengers in order to evoke a momentary feeling of trust.

Let's think about our daily commute experience on the tube. You hear the ticket barrier open and close, the train breaks when entering the station, beeping sounds of the doors, and the announcements that are often covered up by these noises. These noise elements are rather random and irrelevant, , and we believe there is a great design opportunity to create a more holistic sound and interactive experience that is well curated and that can have a more profound effect on people.

Now let me talk you through our journey. We start with the ticket barrier and the tube train to be our secondary and primary focus areas respectively, with transitions designed in between.

Part 1: Our first part would involve designing a soundscape in the ticket hall made from collective taps of oyster cards. We propose using simple tunes that are easily recognizable, even when played at an irregular beat. When people going through the barrier area together, they will compose a song together.

Part 2:Transitions/ audio reactive visuals. As passengers go down the escalator to the platform, they will hear short tunes and visuals that are synced to the audio. This stage aims to provide a better transition between different parts of the journey.

Part 3: On the tube/ musical handrail. And our main intervention is designed to be on the tube itself. We propose incorporating a musical handrail system that is comprised of the central pole, side handles and grab rings. As a person holds on to the bar, music will be played. Taking into account the occupancy at different times of the day and the space available in the carriage, we designed different, more appropriate interactions based on these factors.

During morning peak hours, We propose using light, upbeat music. As the day goes on, light, chill music will be played to encourage a more happy and playful atmosphere. During evening peak hours, relaxing music will be played. People would have the option of interacting or just simply enjoying the music. For late nights, we propose using soothing and calm music to signify the end of the day.

We took a variation of our prototype out onto the tube to test out reactions of people in the real world. In general, we found that people were quite interested in our intervention.

When designing the form of the musical handrail, we took into account both aesthetic and practical purposes.

The central pole is designed to be used by more people and to accommodate people of various age and height. This aims to foster a more diverse community brought together through collaboration and interaction.

Aesthetically, we designed the musical handhold system to give off a more playful, rhythmic vibe. Using a more fun, organic form, we wanted to draw people towards it and to encourage people to interact with it.

For the colour scheme, we chose red to go with the 2020 new tube design.

For our prototypes, we used PVC as the main material for easy assemble given the limited time and resources.

For the actual design, we propose using a coated aluminum alloy due its high strength and light-weight with the later being a significant advantage that aluminum over steel.

Through Project MURA, we found that momentary collaboration in public space could break barriers among strangers, which could help enhance trust feeling and well-being in city living. Therefore it is not only limited to tube inside, but has more potential in various public space with different mediums and forms.

Affecting social change for the better in the built environment. Using product design to change public transportation. Bringing music to the daily commute.