The Dewalt 30" clamp inverts current hand-held bar clamp designs. By separating the grip/moving plate and reversing the motion of the grip and the moving plate through a ratchet track and segmented belt, the design works with the human body and gravity rather than against them. For example, to clamp an object down to a table, the user now places the static plate on the object to be clamped, and advances the grip towards the ground, a motion that can all be done efficiently with one hand, rather than the old method of fighting gravity trying to advance the moving plate and grip as one body up the rail to clamp an object down to the table. The same process can be applied to clamping objects up to a surface, with the same mechanical advantage being gained. 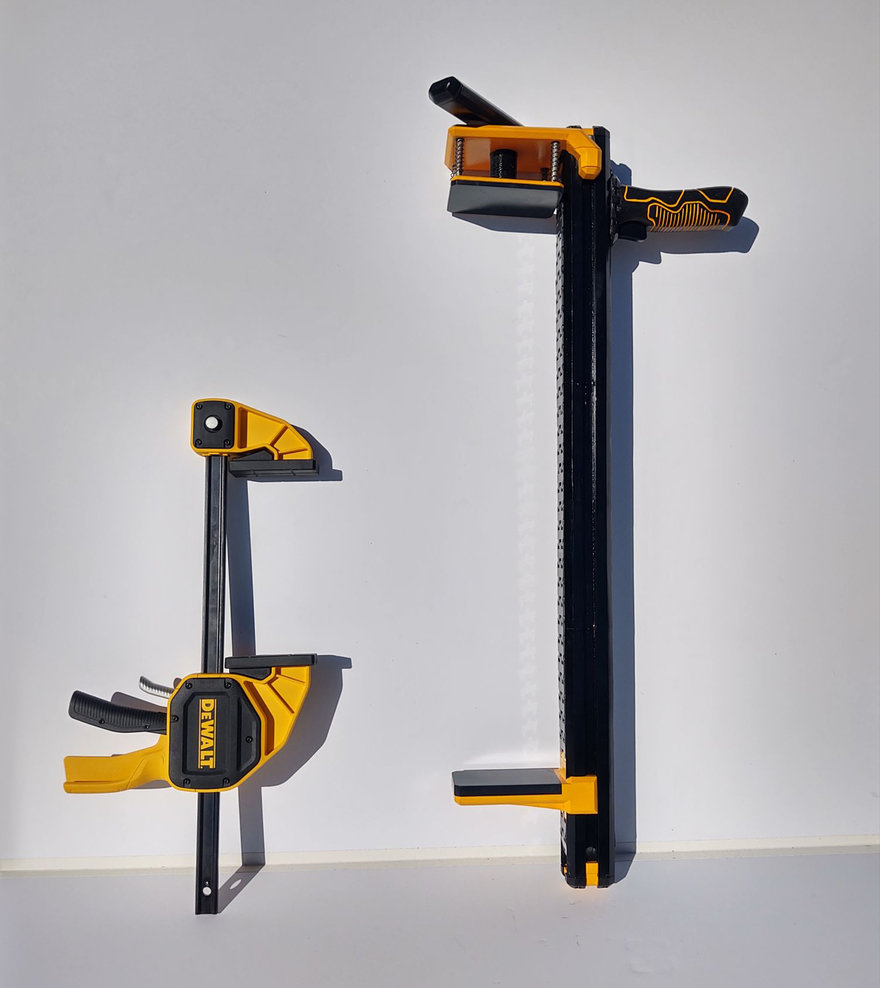 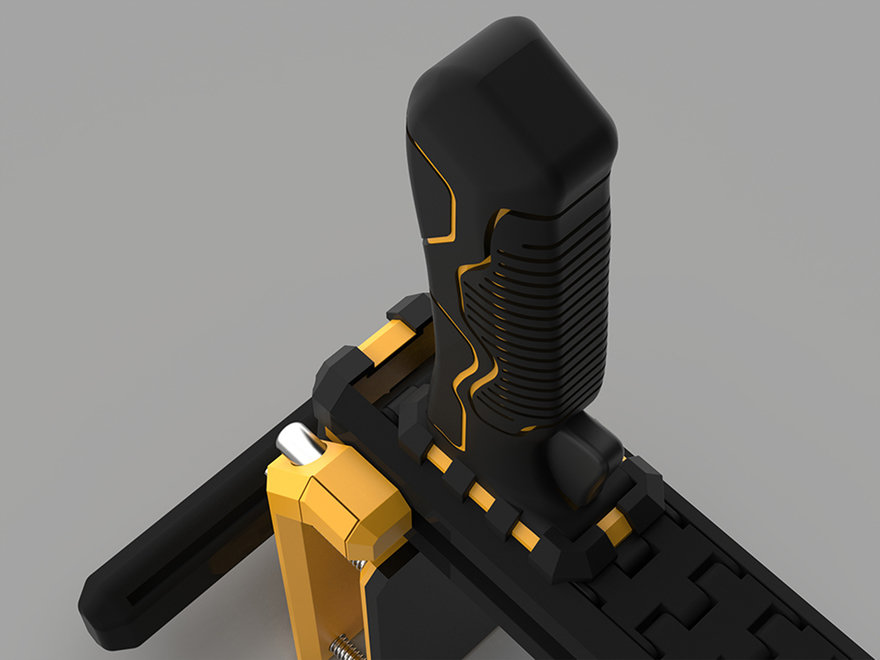 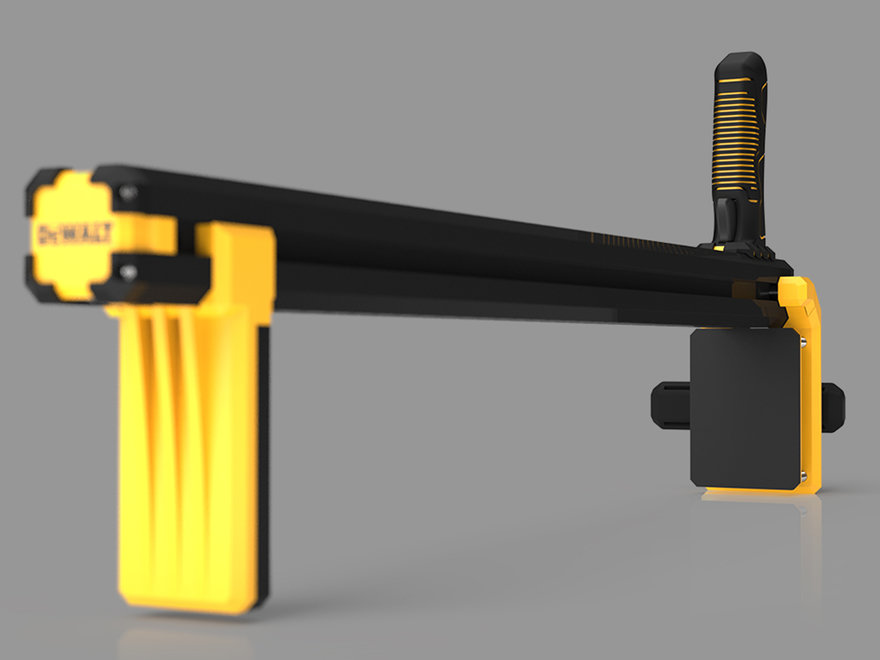 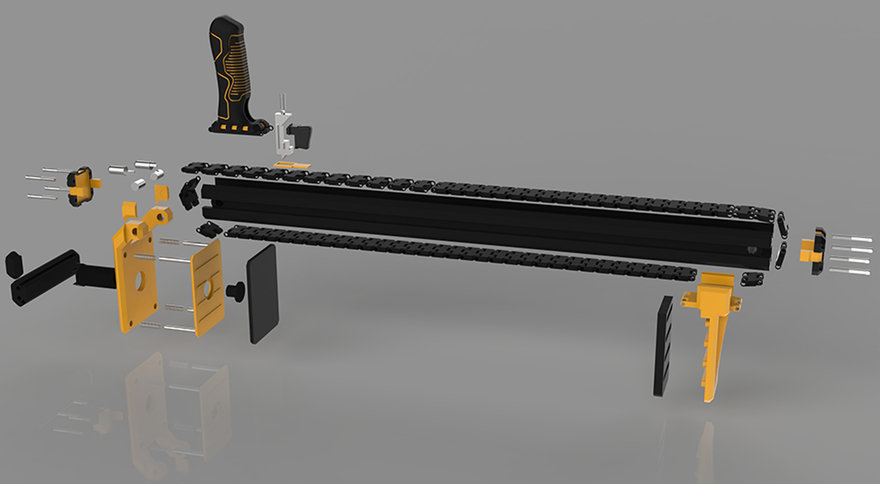 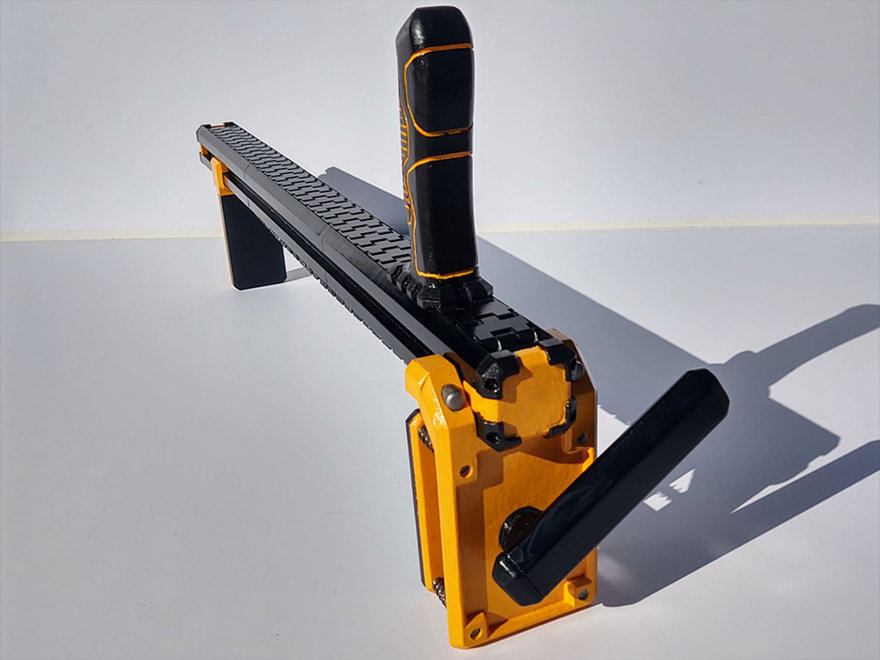 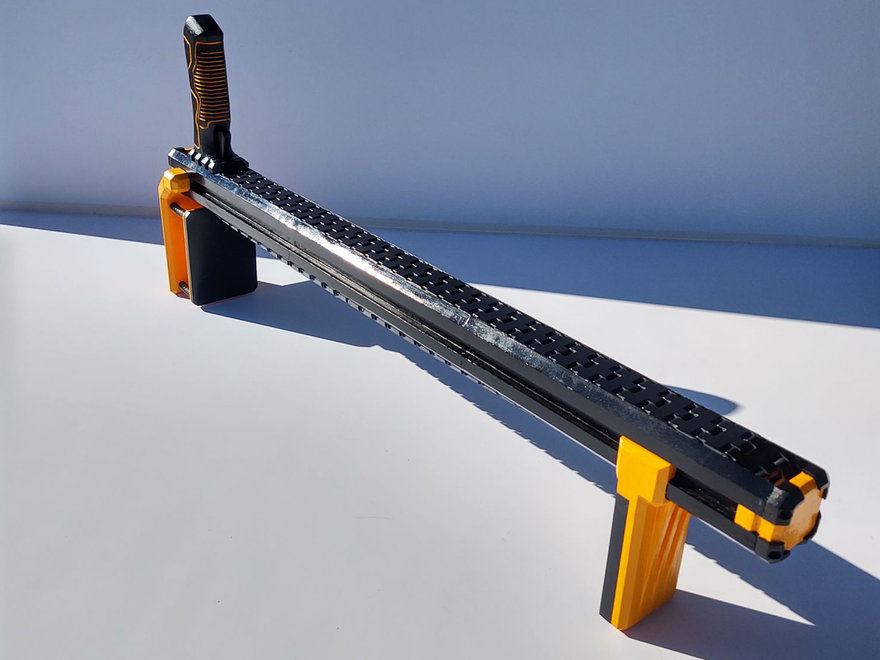 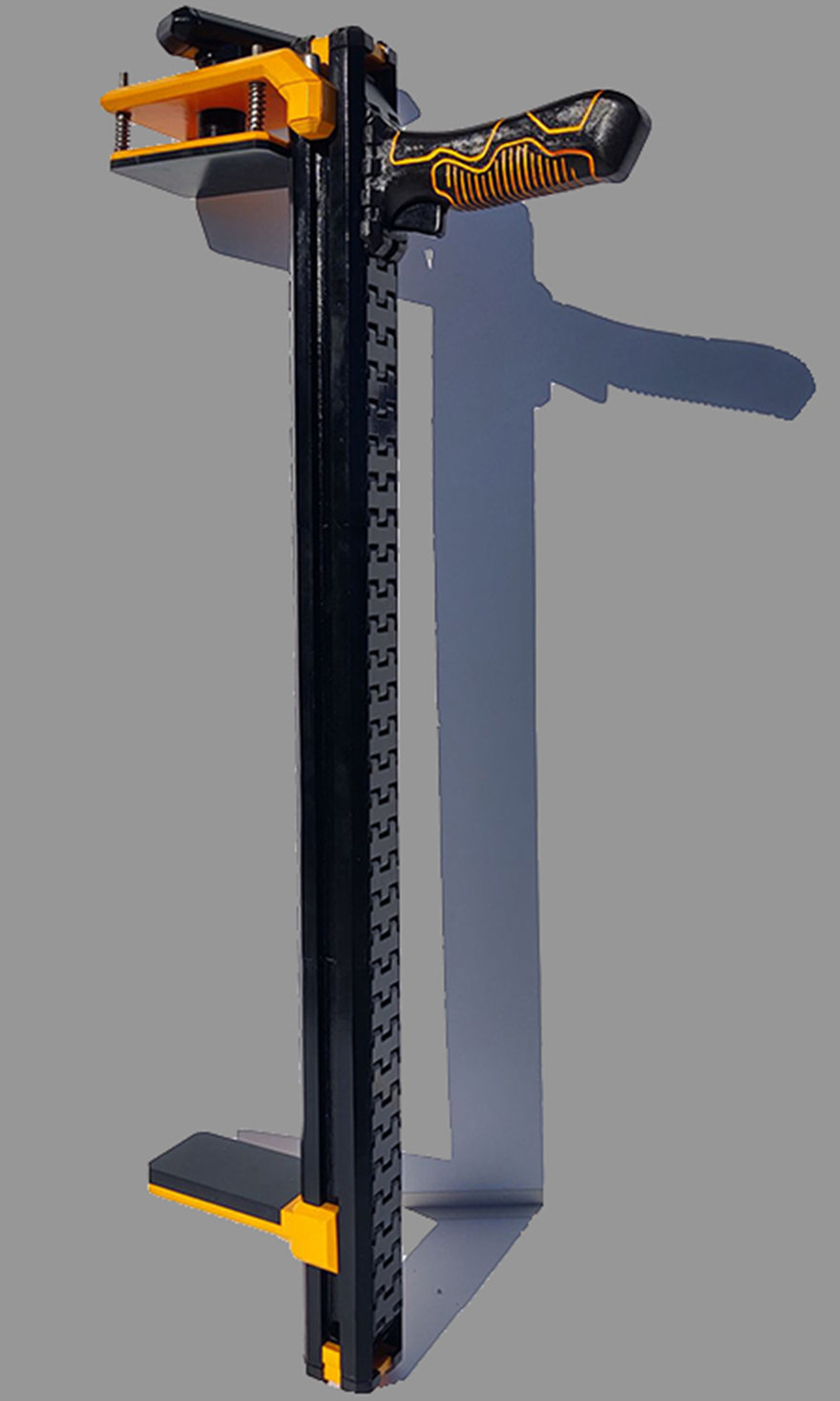 There are several components of this clamp. The most prominent one being the relocated threaded main screw. By moving it to the top of the static plate as opposed to being the grip of the moving plate, the user has more access to manipulate it, as well as take advantage of greater torque that normal bar clamps. The main key component of the clamp however is the ratchet track, belt, and trigger clutch. The one-way ratchet track located underneath the segmented belt only allows for movement of the grip and plate in one direction freely, to reverse the motion of the clamp, the trigger on the grip must be pulled, releasing the ratchet clutch. The 4 springs and floating main plate allow the clamp to grab curved and irregular objects such as PVC tubing. The two chrome buttons above the main screw on either side of the bar on the main plate, can be depressed to remove the main plate from its current position and reposition it on the opposite side of the clamp, allowing it to be used as a separator, while still retaining the same mechanical advantage over other clamps.