Food for Thought Based Interfaces

Food for Thought Based Interfaces is a collection of short sketch videos that envision a future where brain computer interfaces (BCIs) are commonplace, allowing users to access their electronic devices using only their thoughts. We tasked ourselves to imagine how possible BCI-enabled user experiences might look in the future, both the challenges and the successes, while remaining grounded in empirical research—most of the time.

BCI technology is still in its infancy and will require years of research and development before powerful consumer-based BCI products can ever be introduced to the public; but, as designers, we believe it's important to imagine what types of experiences this technology would enable in order to create a human-centered future for BCIs. Public enthusiasm for brain computers has grown exponentially over the past several years due to major breakthroughs in BCI technology reported in clinical trials, including trials conducted by mainstream companies like Neuralink.

As designers of the Neuralink wearable and robot, Card79 has a vested interest in ensuring the safe and ethical usage of brain computers. While we are excited about the prospect of creating thought based interfaces that will be made possible with BCIs, we also take an empathetic and value-driven approach to design and keep the user's best interests at heart by upholding transparency and autonomy. That is why we created Food for Thought Based Interfaces as a way to explore how the user experience may look or feel while using BCIs, as well as seeing the human reaction to a complex technology that is seen as awe-inspiring by some people, but terrifying by others.

Food for Thought Based Interfaces is meant to invoke questions and questioning, it is made to beg the questions: is this technology something that we are ready for? Is it something we even want? And how far can this technology realistically go? We attempted to design the BCI user experience of the future, only time will tell if we told it right. 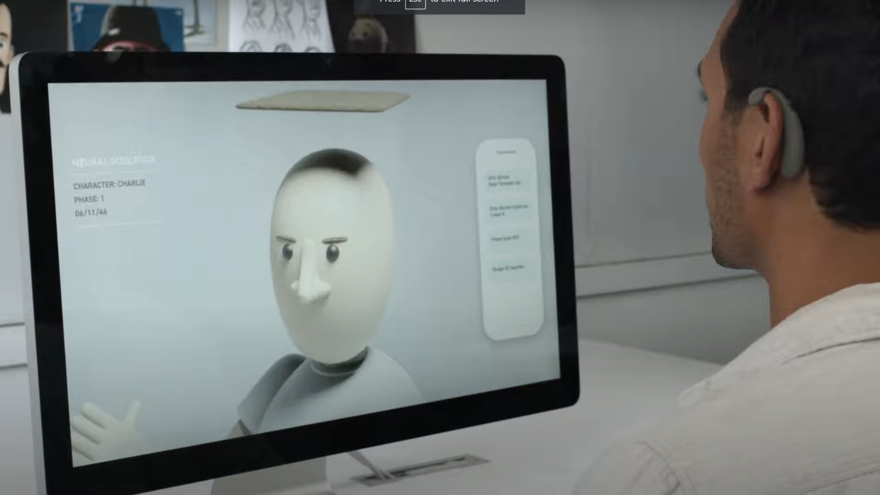 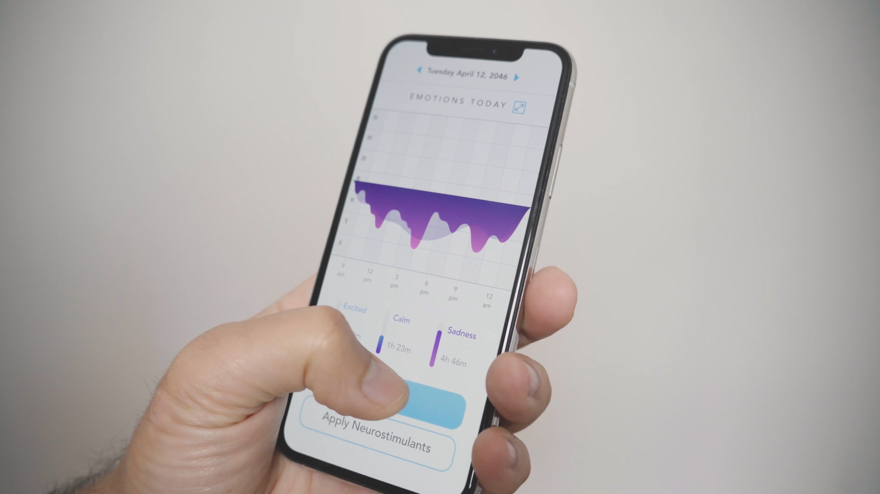 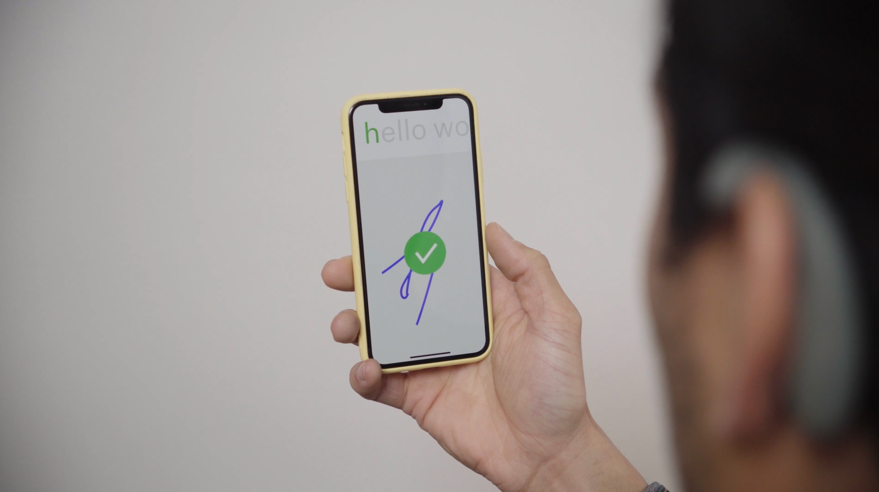 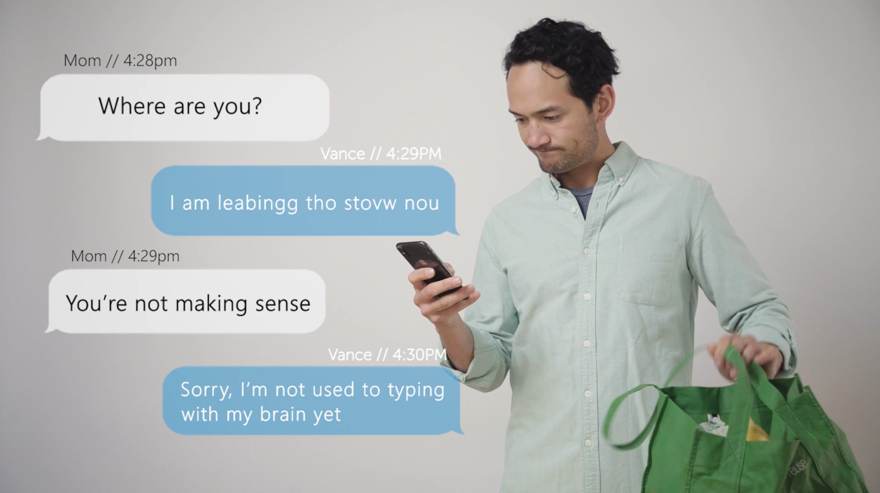 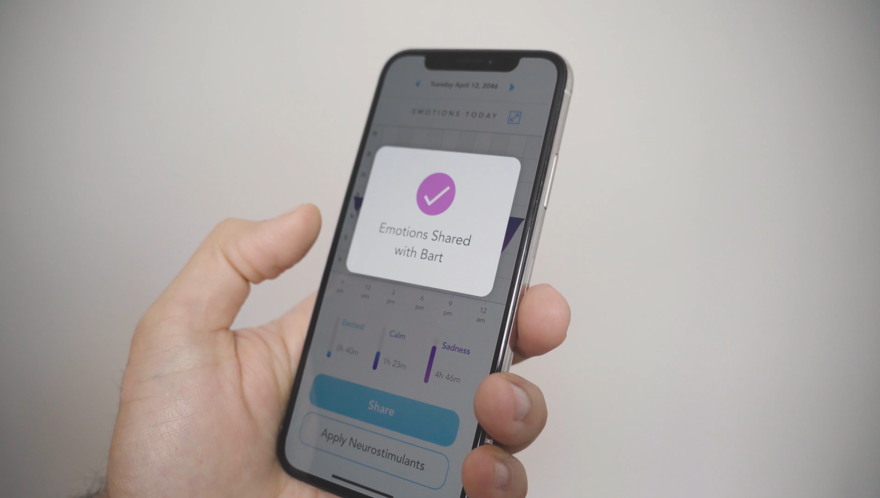 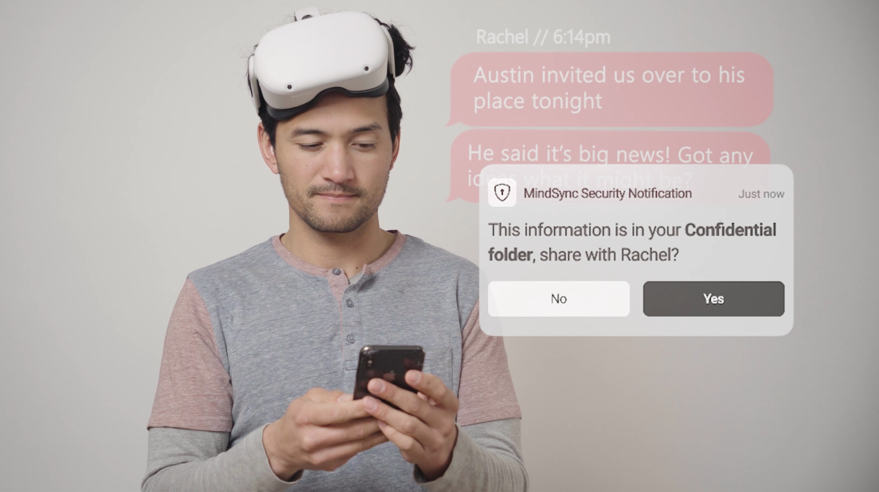 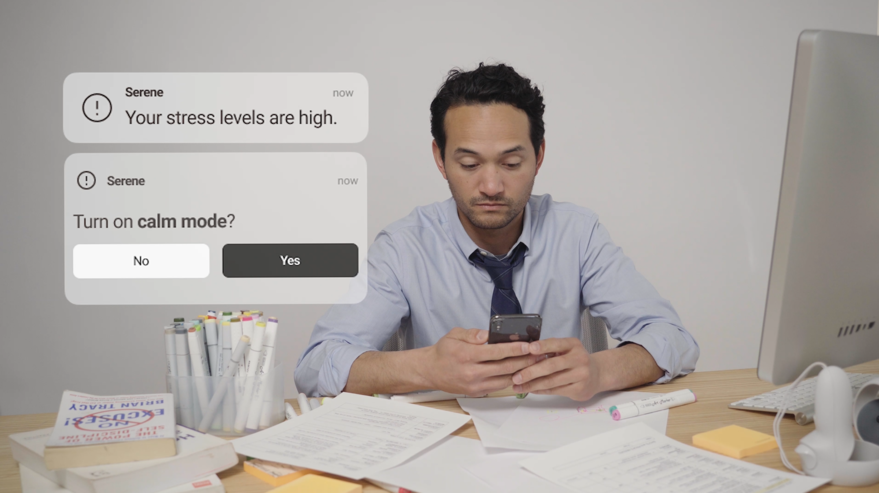 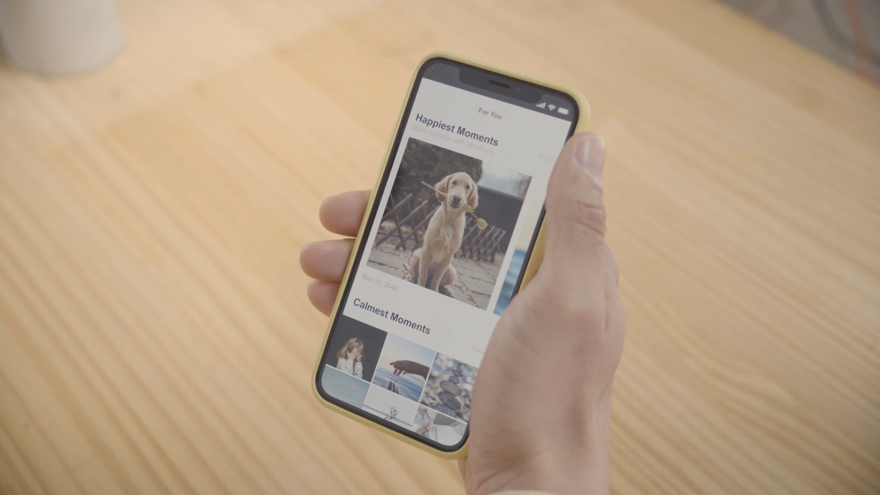 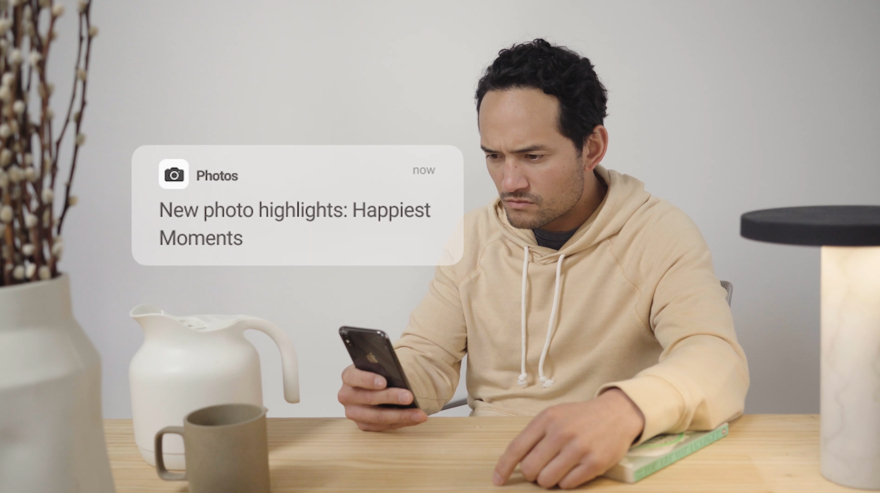 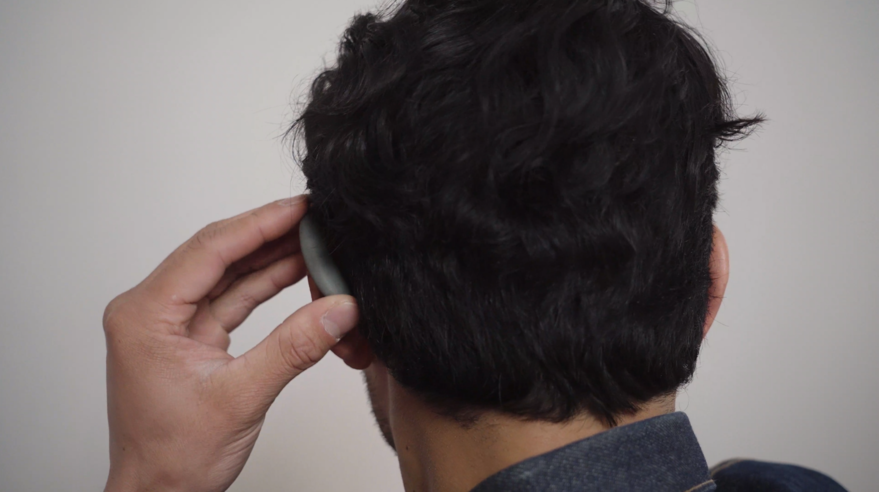 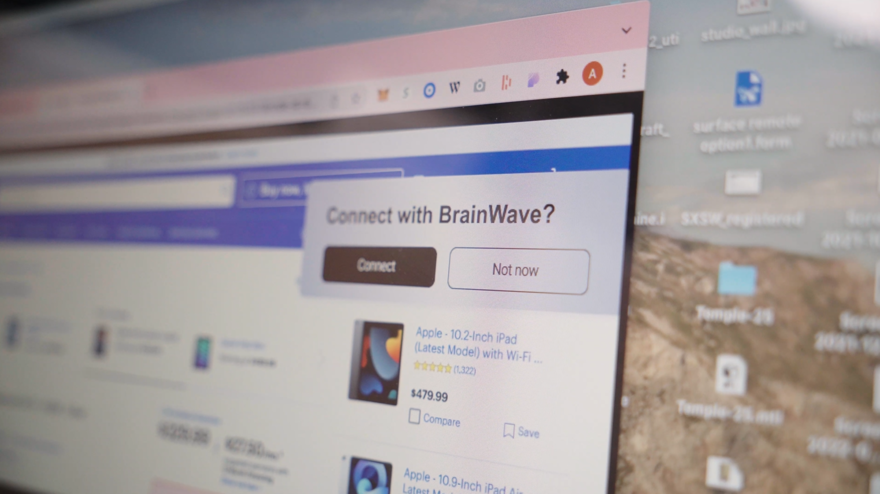 As a design studio, Card79 positions its work at the intersection of innovation and technology which has created many unique design opportunities to work with local tech companies in the Silicon Valley. One client in particular spurred our interest in brain computer technology: Neuralink. Neuralink is one of several companies that is currently in the process of developing an implantable brain computer interface (BCI) that will allow humans to operate electronic devices, such as computers and robotic limbs, using only one's thoughts.

Our goal with Food for Thought Based Interfaces is to spark a larger conversation around the development of BCI technology and create a call to action for designers, engineers, and policy makers to begin considering the future of BCIs, now. We have been fortunate enough to be active participants in designing brain computer devices and introducing them to the mainstream public. We recognize a need to approach this technology responsibly and ethically, which led us to envision a future where brain computer interfaces (BCIs) are the norm as a way to troubleshoot and optimize the user experience. However, making the videos themselves came with their own logistical challenges.

To ensure that our fictional BCIs adhered to realistic capabilities, we collaborated with academic neuroscience researchers to best engage with the scientific discourse. Current applications of BCIs are largely confined to medical devices that seek to provide restorative and rehabilitative therapies. BCIs accomplish this by reading brain signals and translating those neural impulses into commands that are then output or executed by an external device, like a computer or robotic limb. Conversely, BCIs can also pass their own electrical signals into the brain to stimulate muscle movement. More recently, BCIs have shown promise in treating mood disorders through electrical stimulation which is a concept explored in several of our videos. We tried to show these different scenarios where the user signals an output to an external device and where the BCI exerts some influence on the user.

This project began with a Day in the Mind, a four-minute video which was initially intended to be a standalone commentary on BCIs. However, we soon realized we could continue this world-building exercise by creating another series of shorter form skits. Creating these slice-of-life videos has allowed us to explore more diverse scenarios and develop more focused UI prototypes which gives the entire body of work for Food for Thought Based Interfaces a more comprehensive overview of the capabilities of BCIs.

For filming, we created a gray BCI wearable that hooks behind the user's ear. This was done to mimic the wearable devices that neurotech companies are currently developing, as well as creating a use for the many prototypes that were made in the studio for client work. The visual component of the BCI implies that the user has a brain-implanted chip enabled and works as an aid in visual storytelling.

We also created app prototypes for the different BCI functions that could be accessed with the user's phone. This exercise allowed us to explore the uses of thought based interfaces on a consumer level. It also allowed us to imagine how a user would integrate BCIs into their everyday interactions which gave some insight into how this technology may influence one's relationship with themself and with others.

Not every application is put into a positive light and we hoped to address some of the hesitations surrounding BCIs in order to begin addressing them. Several of our videos highlight the discord that a user might feel with a BCI. For example, the feeling of discomfort some people feel from knowing that facial recognition is used to scan each photo in their photos app. We take this example a step further by creating photo albums categorized by your state of mind, according to your BCI. The prospect of having an invasive device implanted into the brain is incredibly jarring to some people. That is why we want to design BCI devices with a human-centered approach to ensure that the user's privacy and autonomy are protected.

To better illustrate this need for transparency and regulation for BCIs, we pushed the boundaries of what BCIs are currently capable of doing. We wanted to align our concepts with real scientific developments in BCI technology but also included instances where the technology failed in some aspect or performed functions that are not yet possible. This included showing the difficult learning curve of learning how to write thought-to-text messages and still having typos. We also created a scenario where thoughts could be stored into different folders and managed by the BCI which is not currently a capability of BCIs but hopefully spurs some curiosity around its plausibility.

With Food for Thought Based Interfaces, we are hoping to disrupt the notion that BCIs are a thing of the future because they are here now. We implore designers to join the conversation about BCIs as soon as possible if we hope to continue the safe, responsible use of BCIs.