People's attitude to bacteria has tended to be negative during the years. Some bacteria can indeed lead to illness; however, not all are harmful. Contrarily, many have benefits to our health. The cleaning products ensured to kill germs. The farm animals were raised with antibiotics. All these behavior can lead to the decline of autologous bacteria in the human body after generations and increase the rates of people getting allergies or having autoimmune diseases.

After long-term cleanliness pursuing, people started to find ways to live with these invisible residents. Bacteria Make Living, a biotechnology company that provides a complete service to restore the harmony between humans and bacteria in a safe way, has become a choice for people. 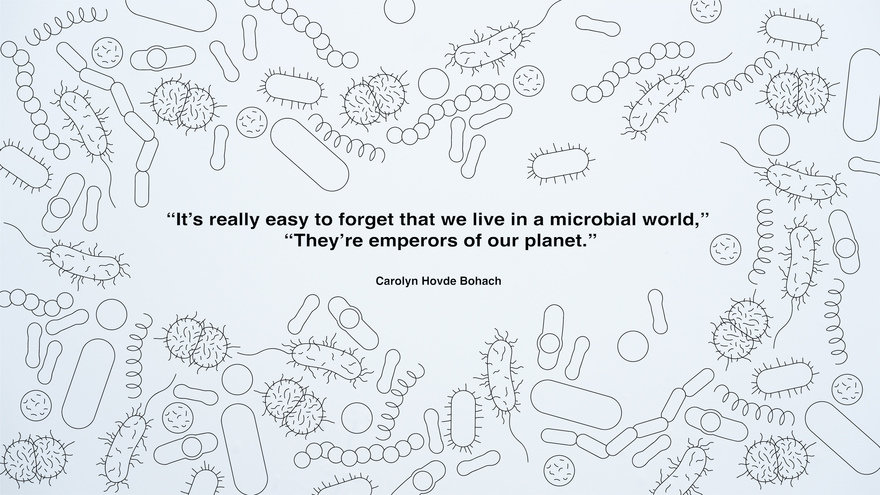 Are bacteria dangerous? Bacteria have existed on earth longer than humans and nearly all creatures. Our ancestors used to live with them peacefully. Yet, with the advances in medical and hygiene, people's perseverance in cleanliness grows. People focuses on keeping distance from bacteria but lose the opportunities of accessing the bacteria which can help us. 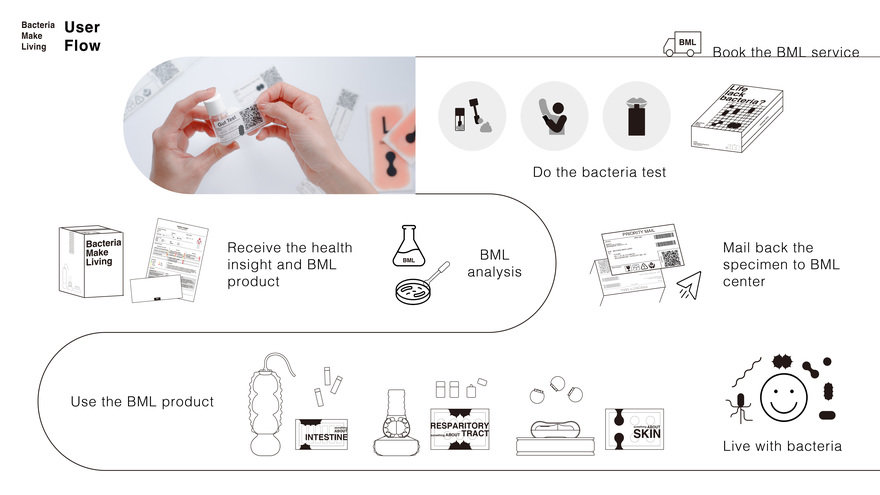 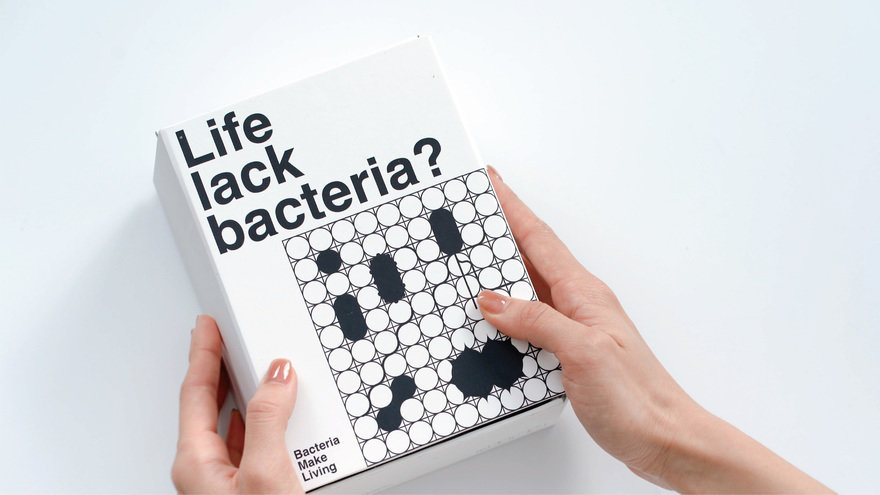 Personal Bacteria Testing Box BML company will send a testing box first; then, the user needs to take the test and mail back the specimens. After reaching the testing box, BML company will analyze the results to formulate a customized bacterial replenishment plan. 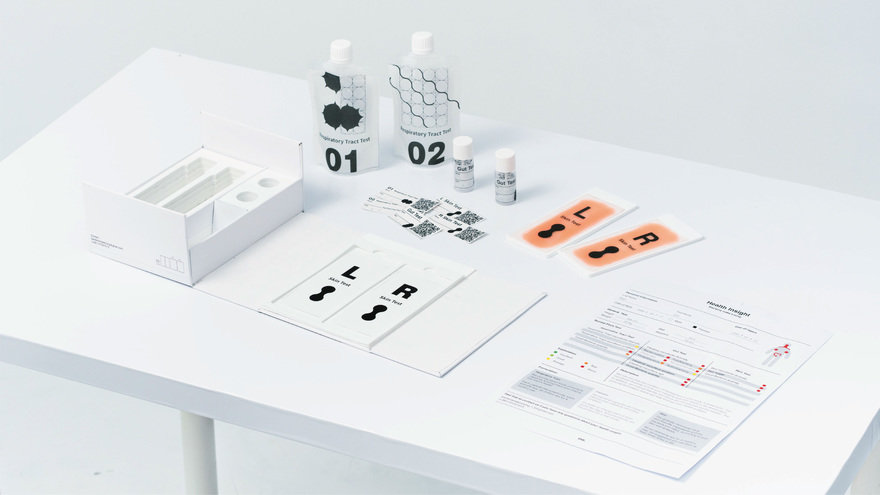 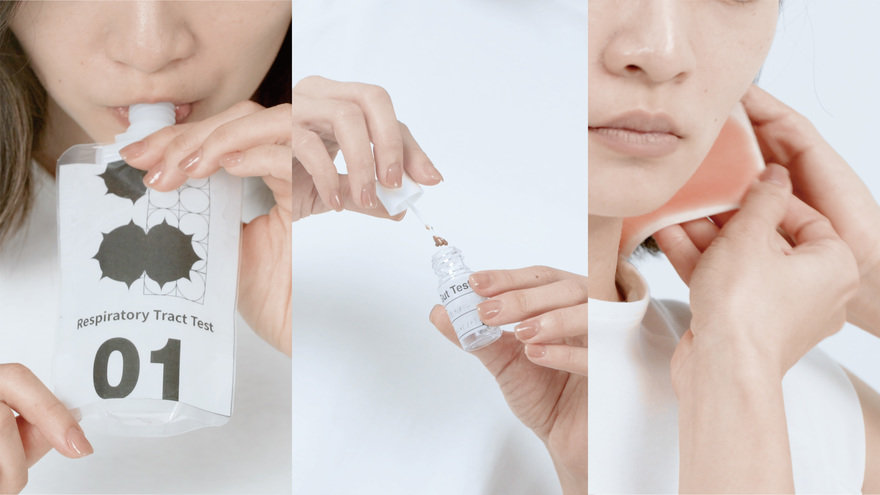 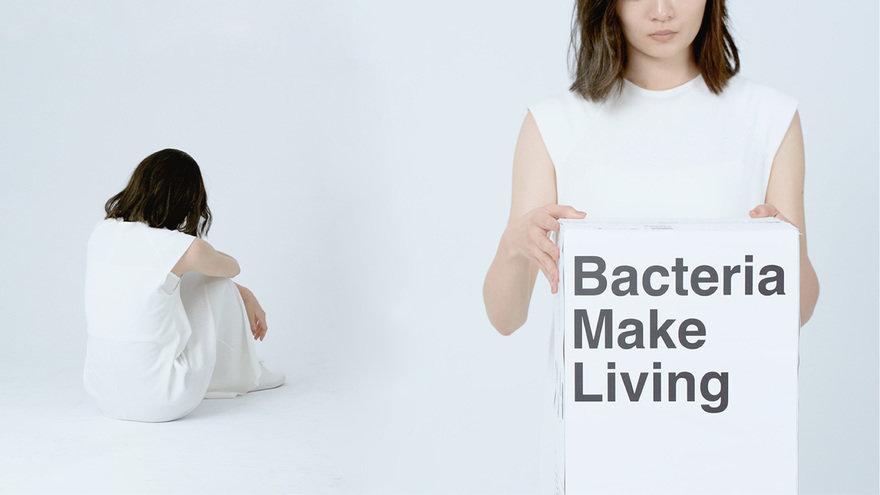 People who suffer from lacking bacteria People have insufficient autologous bacteria trying to reintroduce bacteria back into their lives via Bacteria Make Living. After taking the test, BML company will send the product with personal health insight in two weeks. 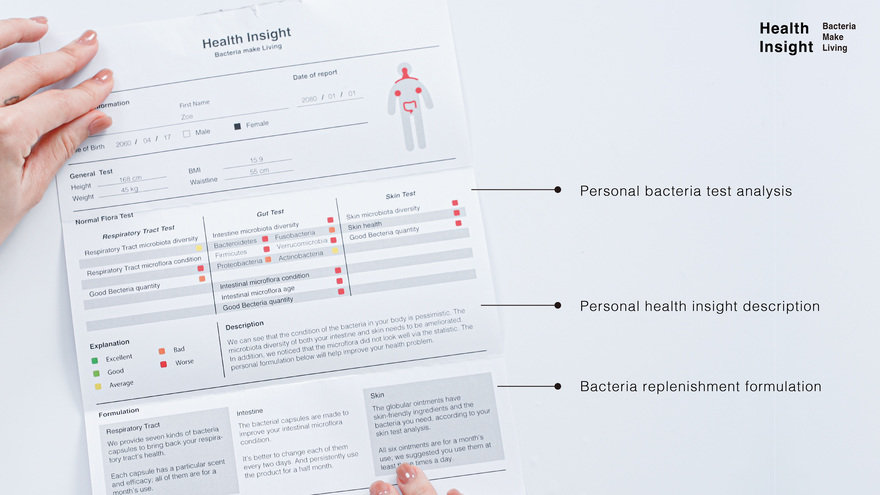 Personal Health Insight This report tells the user's personal bacteria health status and a customized bacteria supplement formulation by BML company, according to the results of the bacteria test analysis. 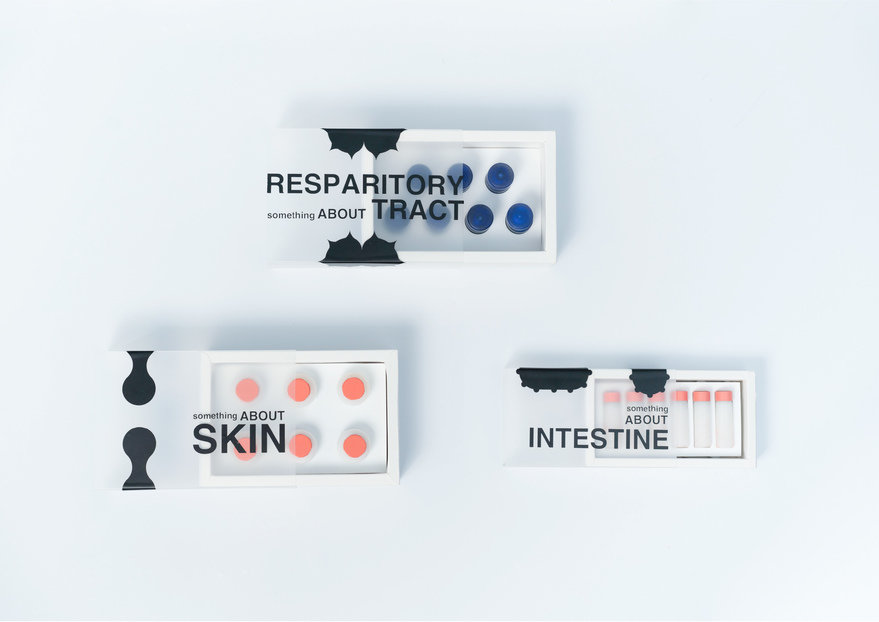 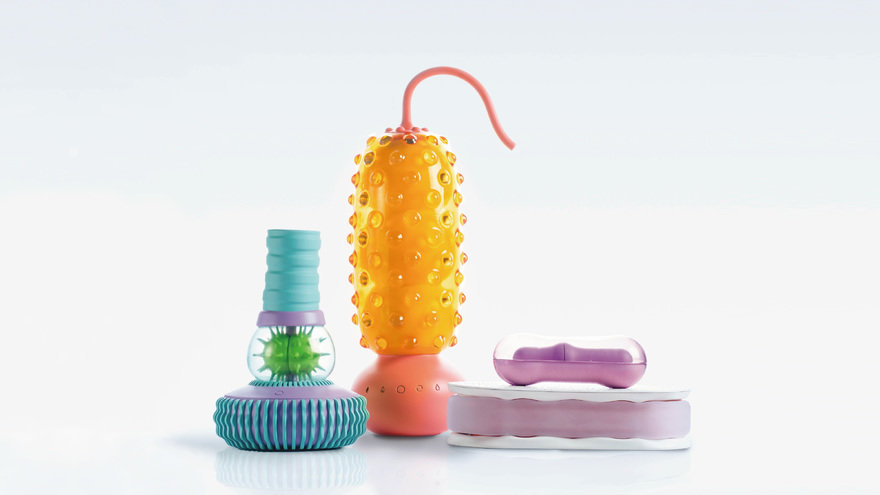 Bacteria supplemental products All three products — Bacterial Aromatherapy Machine, Bacterial drinking Machine, and Bacterial balm — have a temperature control structure to maintain the bacteria's activity. And each product corresponds to different parts of the human body. 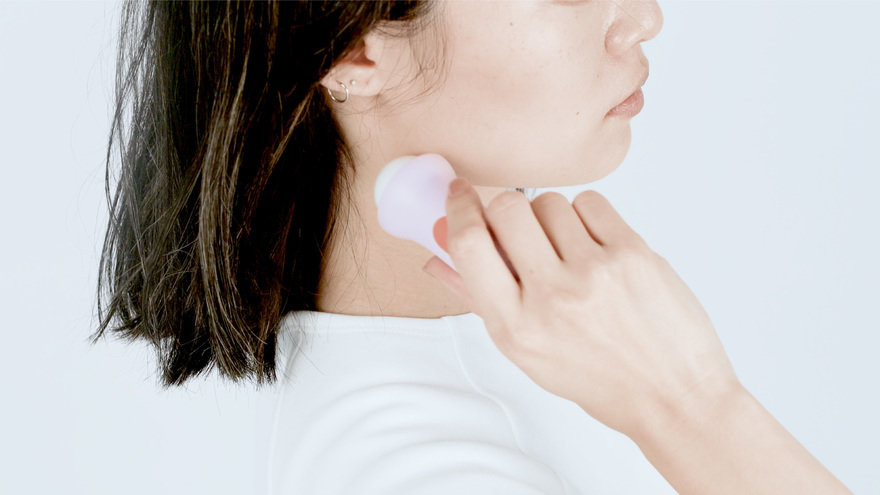 The orange part on the handle functions as magnetic charging to ensure the balm is in appropriate condition when being taken out. 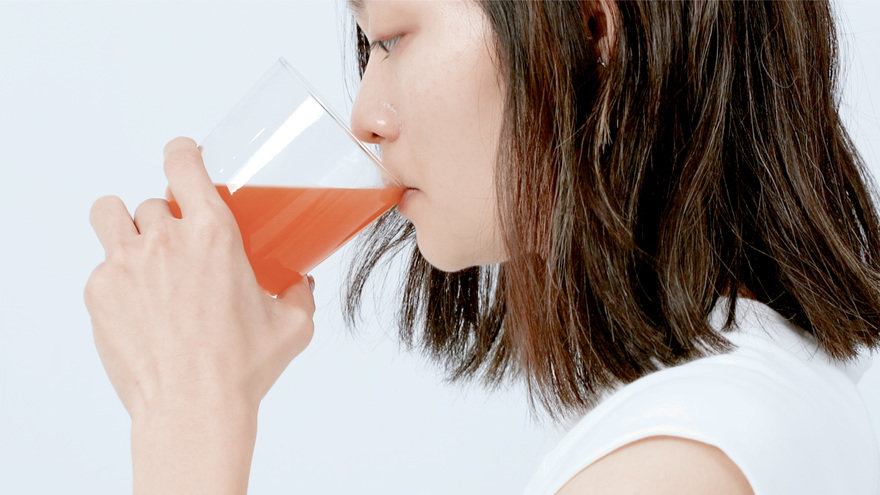 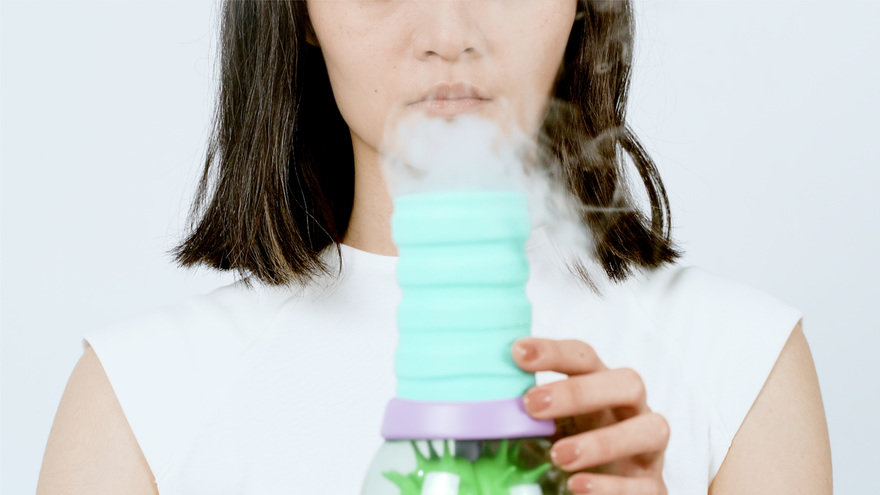 Bacterial Aromatherapy Machine Diffuse the bacteria in the personal space in a way similar to the principle of an aromatherapy machine. Users in the environment can inhale the required replenishment of bacteria naturally.

Different bacterial supplements may have different efficacy according to the formulation of the user's insight.

People living in the near future rely on artificial attachment to bring the bacteria back into their bodies. It's almost impossible for people to maintain good bacteria in their bodies. When health conditions get worse, people ask biotechnology companies, Bacteria Make Living, for instance, for help.

A hidden crisis mentioned for years

"It's really easy to forget that we live in a microbial world," says Bohach. "They're emperors of our planet." [1]

In the long-term evolutionary process with the host, the microbiota forms a dynamic equilibrium of exchanging ecosystem with the host called normal flora. It is a truth that bacteria play an essential role in our wellness. Numerous medical research mentioned that being too clean is not good for humans.

In 1989, the British epidemiologist David Strachan was the first to suggest that the exposure to infections during childhood would provide a good defence against allergies in later life. It's an idea known as 'Hygiene Hypothesis'. Our bodies, says Dorothy Matthews, biologist at Russell Sage College in Troy, New York, may overreact to beneficial microbes, because our immune systems have forgotten how to live with them. [2]

The Human Body's Condition in the Near Future

The human body starts to hurt itself rashly.

Bacteria and humans have a symbiotic relationship; it can cause serious health problems when the balance is broken. The insufficient autologous bacteria and the overreaction to the harmless substance can lead to immune system disorder. People may need auxiliary every day to control their health condition.

Is this the condition that we would like to face? Absolutely not.

The possible world in the future

Is there any possibility that people finding a way to live with bacteria harmoniously again?

People's fear of bacteria may not disappear since their body health condition. However, they might find out the methods to live with these bacteria in a safe way.

Companies like Bacteria Make Living shows up, offering opportunities for people to access bacteria appropriately. As human starts to see bacteria in a positive way, it might have drastically change of their future. The way doctors treat patients probably change; even the definition of cleanliness may be altered.

Using the speculative design concepts to generate the future that humanity with chronic over-cleaning causes the insufficient of normal flora in the human body. Through Bacteria Make Living (BML), trying to explore the hidden crisis that may be aggravated by the people's quest to keep distance from microbes in the world of the continuing rampage of infectious diseases and the desire for cleanliness. What if new kinds of infectious diseases keep appearing? Which attitude should we have when facing the condition? Where is the line between clean and dirty?

Perhaps, it is just time for us to rethink the relationship between us and the bacteria.

1. Michael Greshko, "How Many Cells Are in the Human Body—And How Many Microbes?" ,National Geographic, https://reurl.cc/AKVxje, January 13, 2016.

3. Matt Richtel, An Elegant Defense: The Extraordinary New Science of the Immune System A Tale in Four Lives, December 3, 2019.