BETTER «B» THAN BOOM

The latest FREITAG backpack is born out of the friendship between a used truck tarp and its airbag. Its name: F707 STRATOS.

For once, the Zurich-based bag manufacturers at FREITAG aren't just giving discarded truck tarps a new life as one-off bags—they're giving B-stock airbag material a second chance, too. The fabric used for the new FREITAG pop-out backpack was originally intended to be an airbag that would explode in an emergency and save lives. Unfortunately, it narrowly failed one of its many quality tests and was rejected.

While F707 STRATOS itself may not save lives, there might be times when it saves your day. Because, despite all the buzz around mindfulness and downsizing, there are occasions when your hands are full, and you need more room, and a bigger bag. And you need it fast. That's when F707 STRATOS steps up to the plate. A lightweight rucksack that doubles as a shoulder bag and, when you need it, unfolds from the tarp pocket as fast as an exploding airbag.

So, while the A-stock stuff, the authentic airbag material, has long been packed into a steering wheel, literally waiting for an accident to happen, our B-stock fabric has been living the good life. One full of the purpose you give it and free of fear from the sudden crash. Not as an airbag. But as a lifesaver of a different sort. 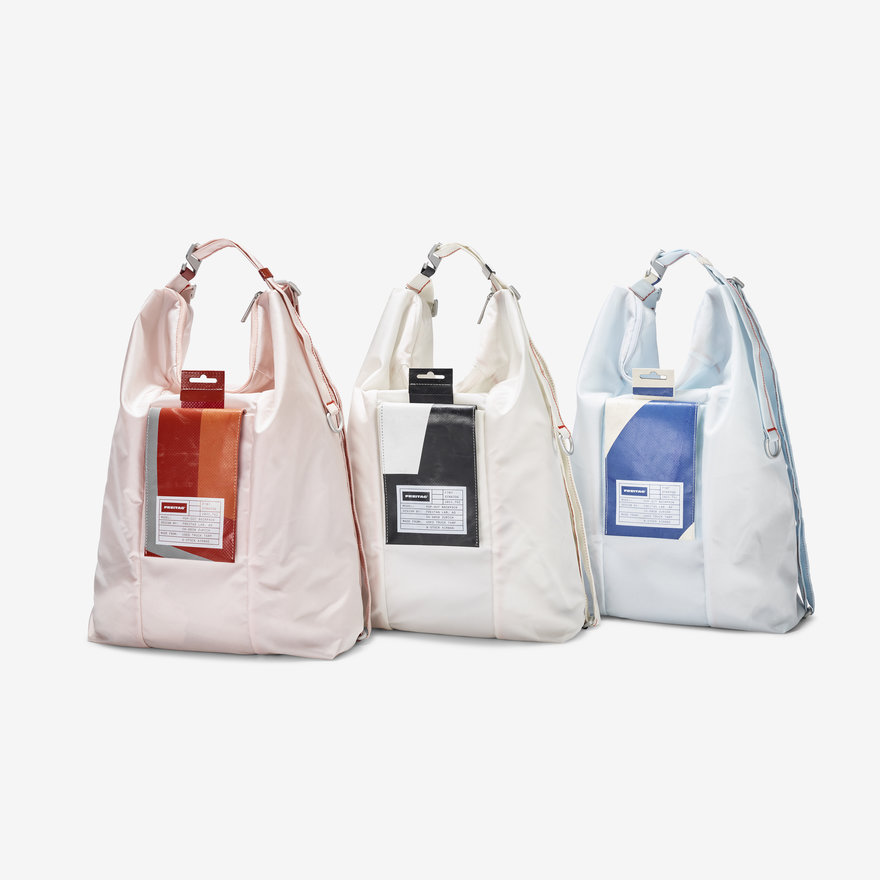 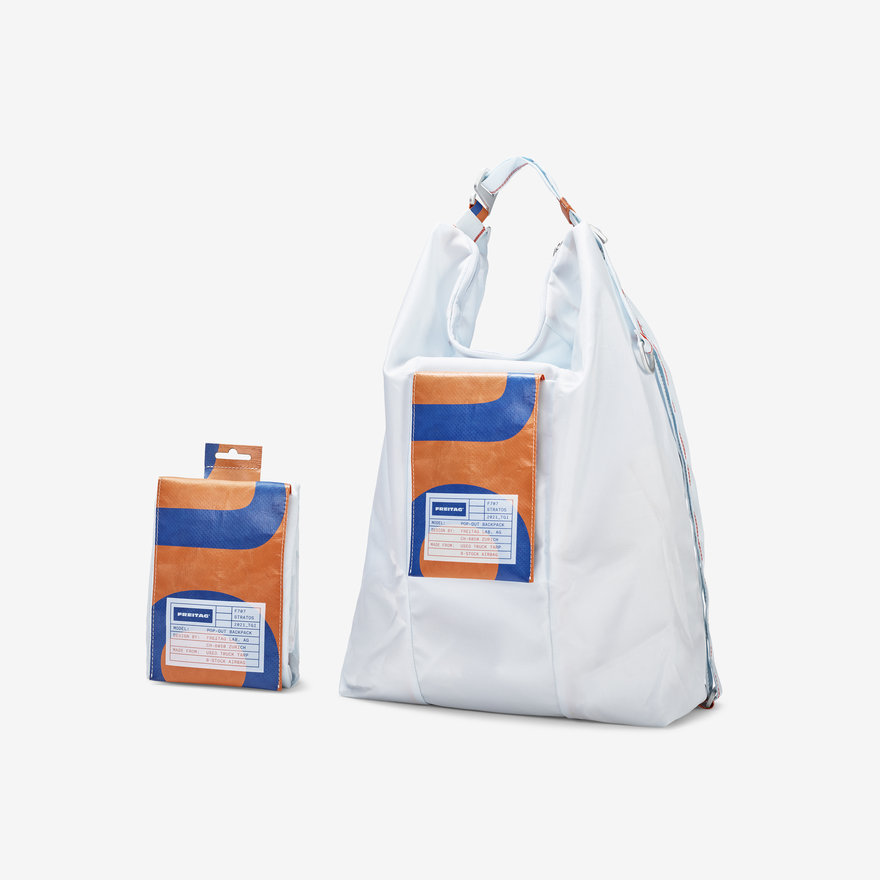 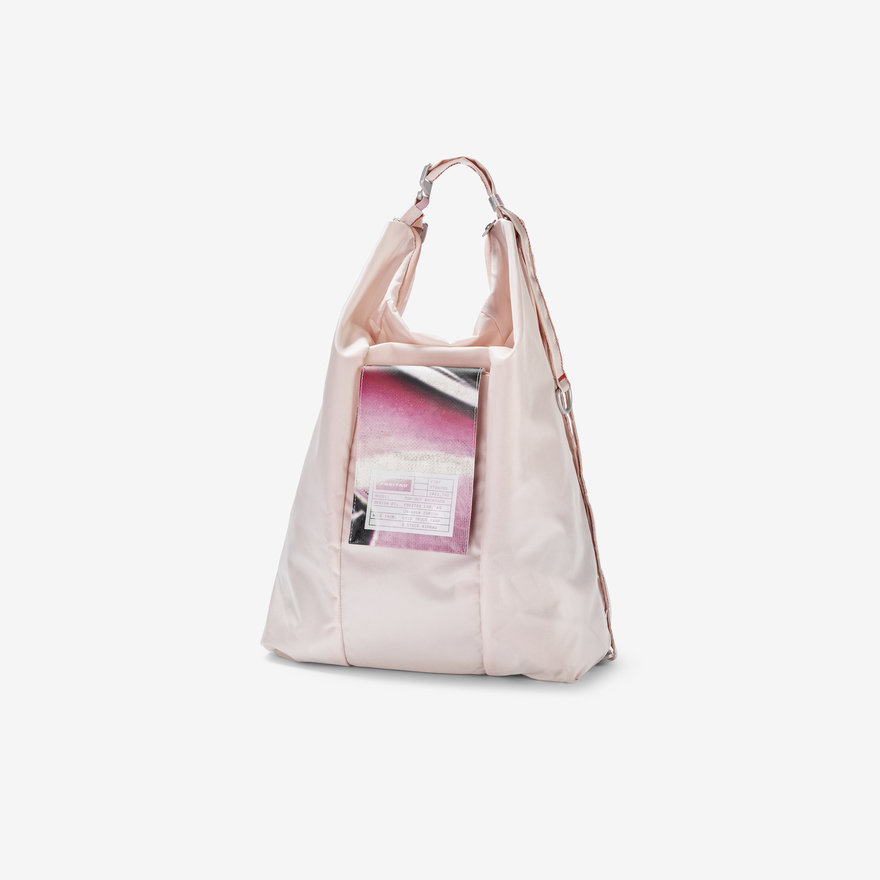 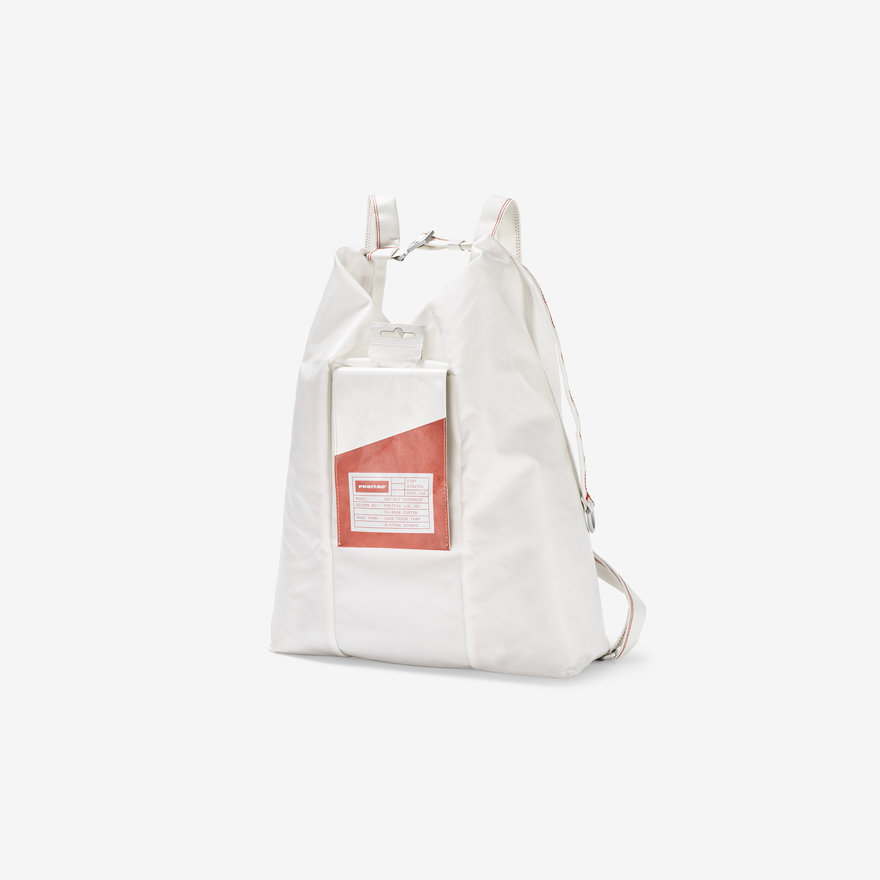 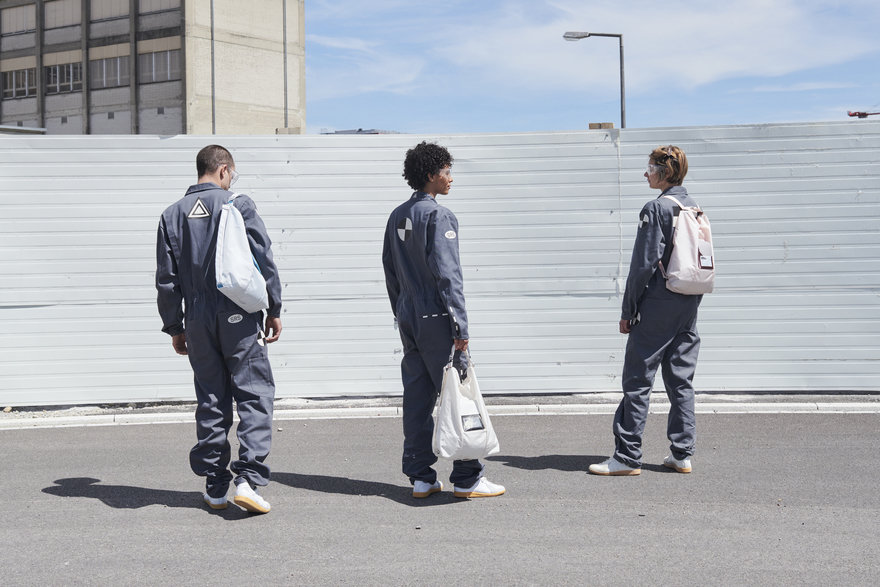 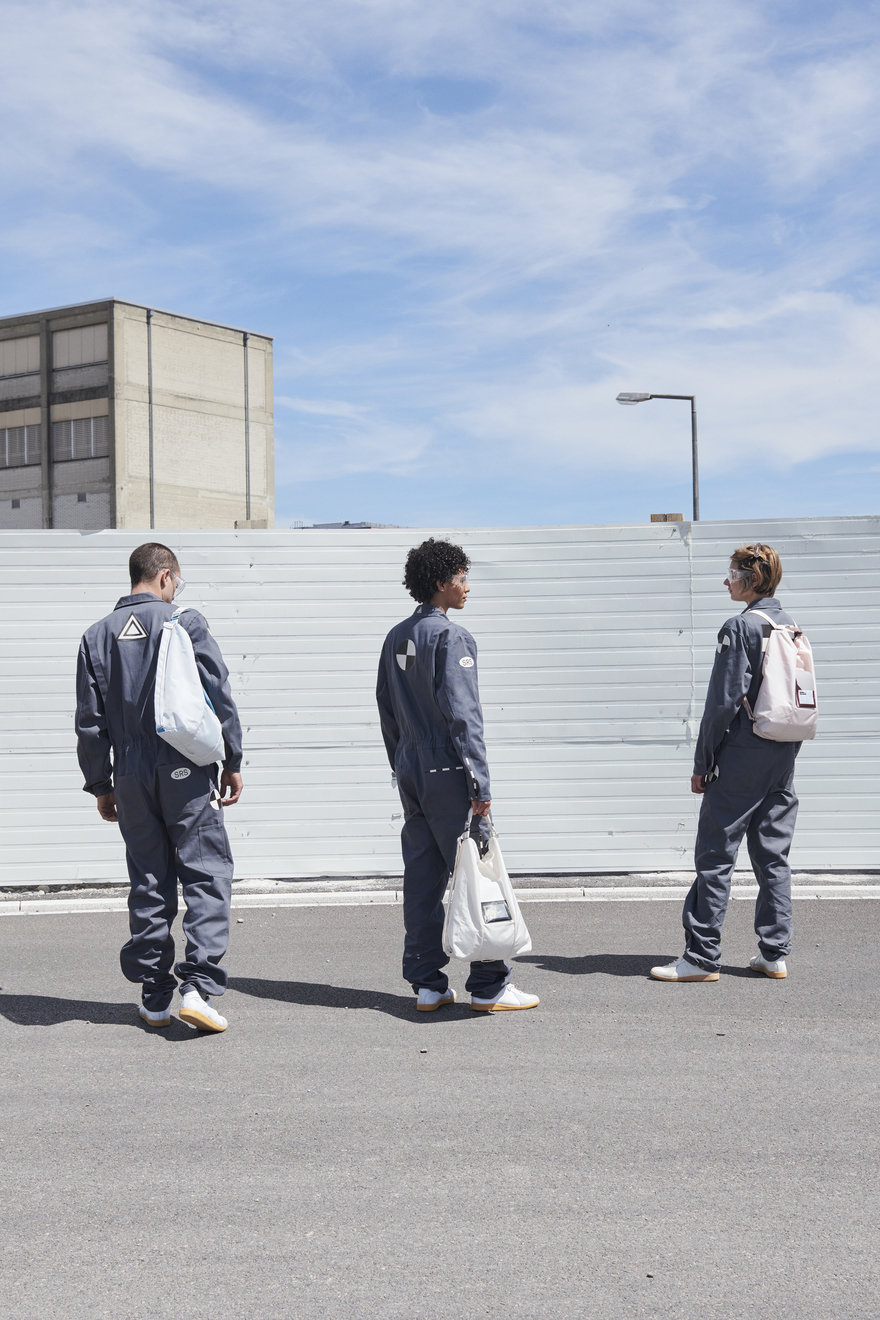 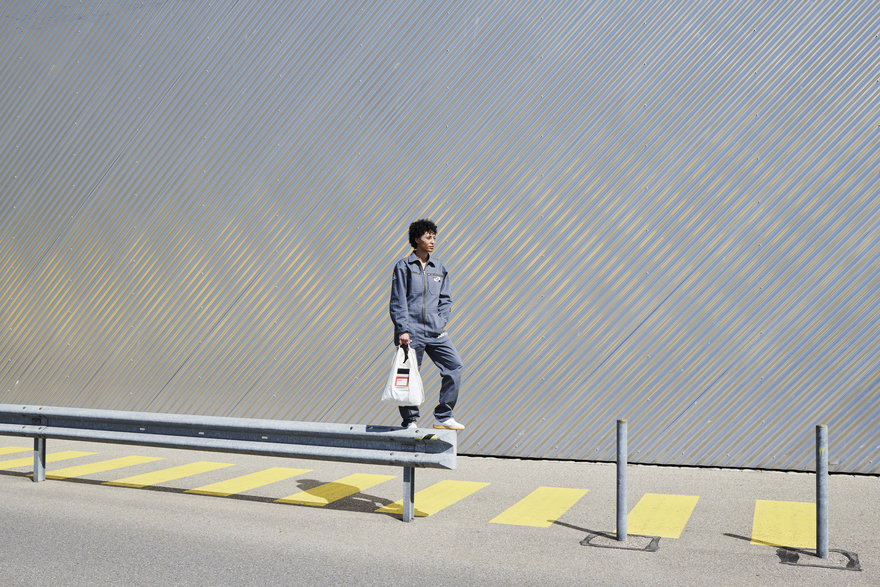 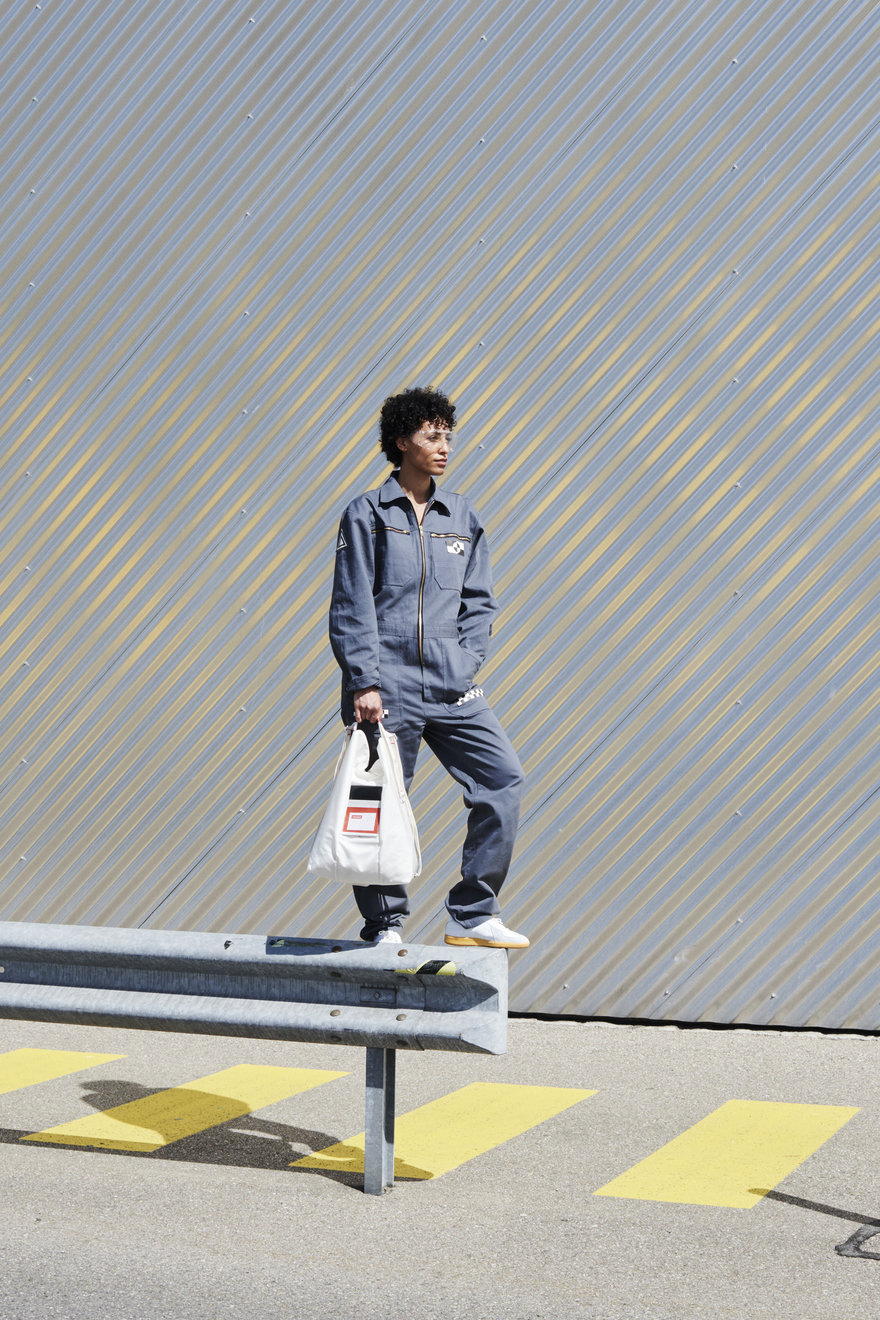 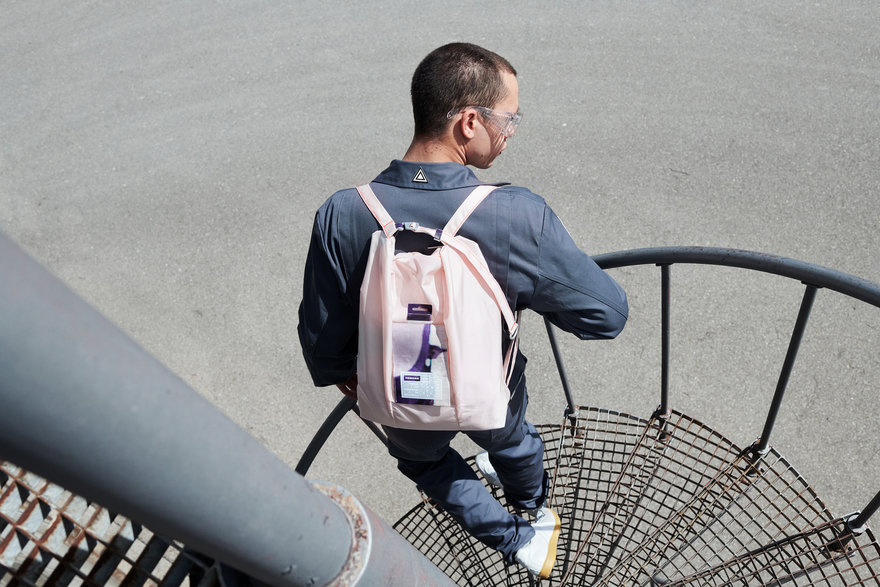 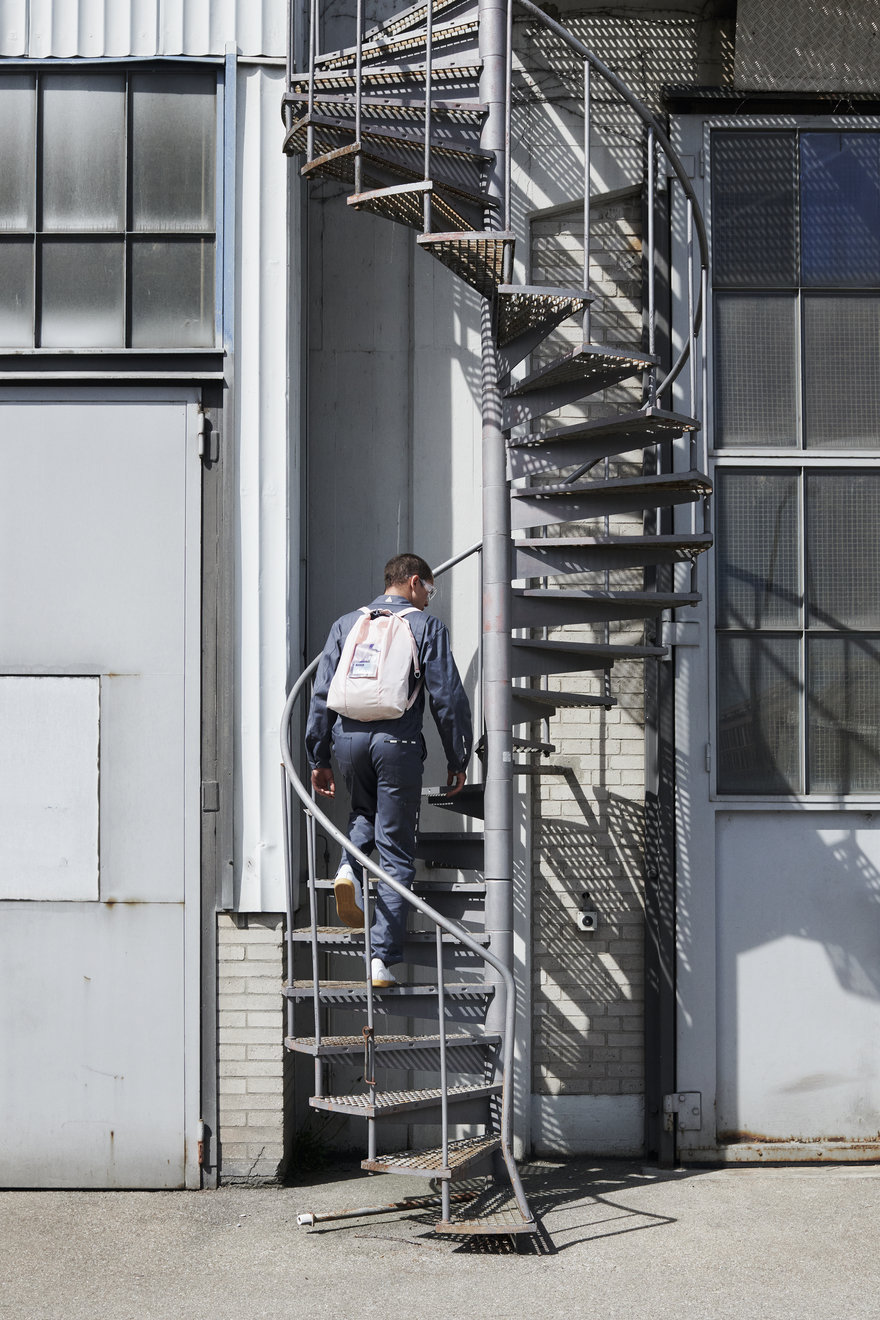 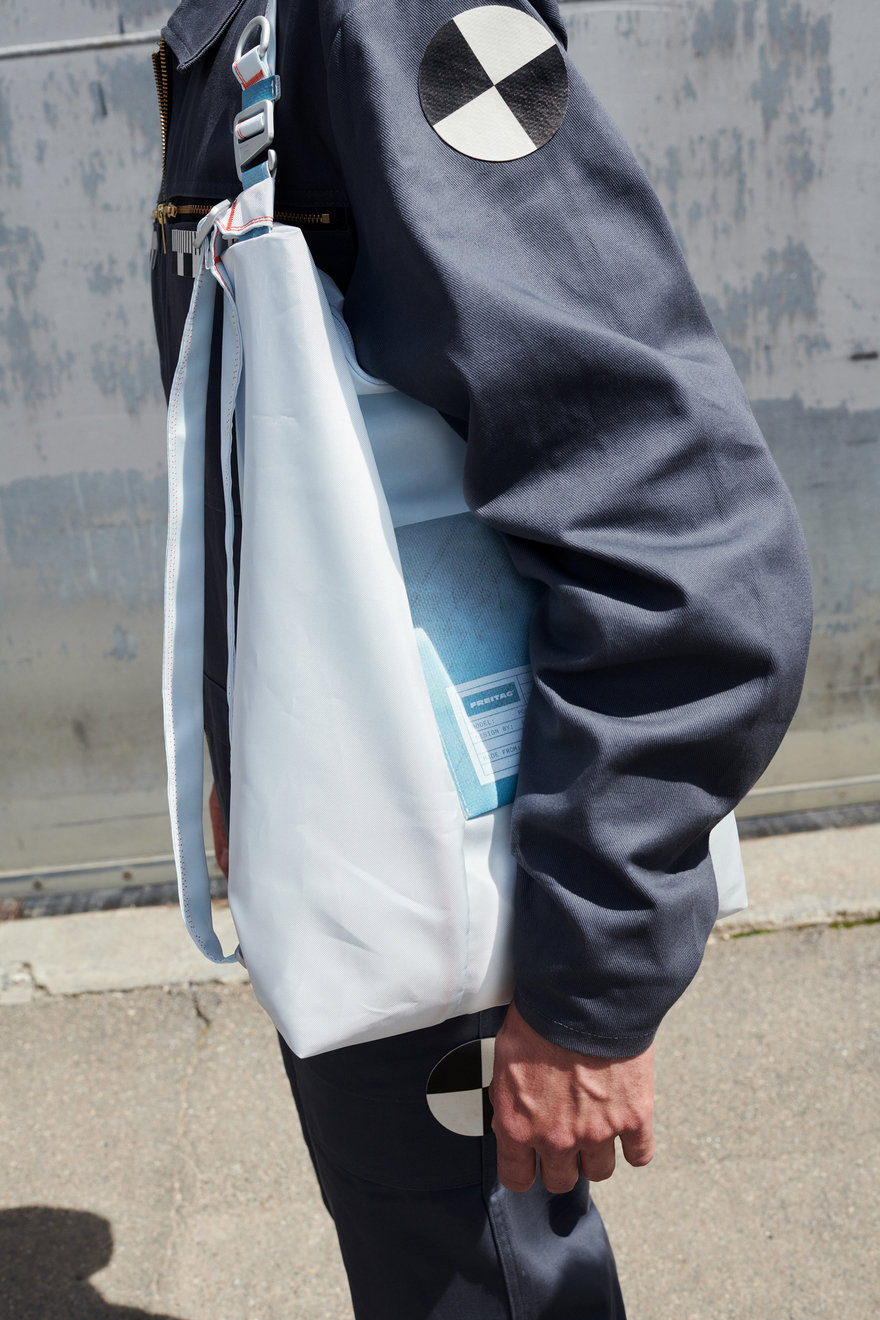 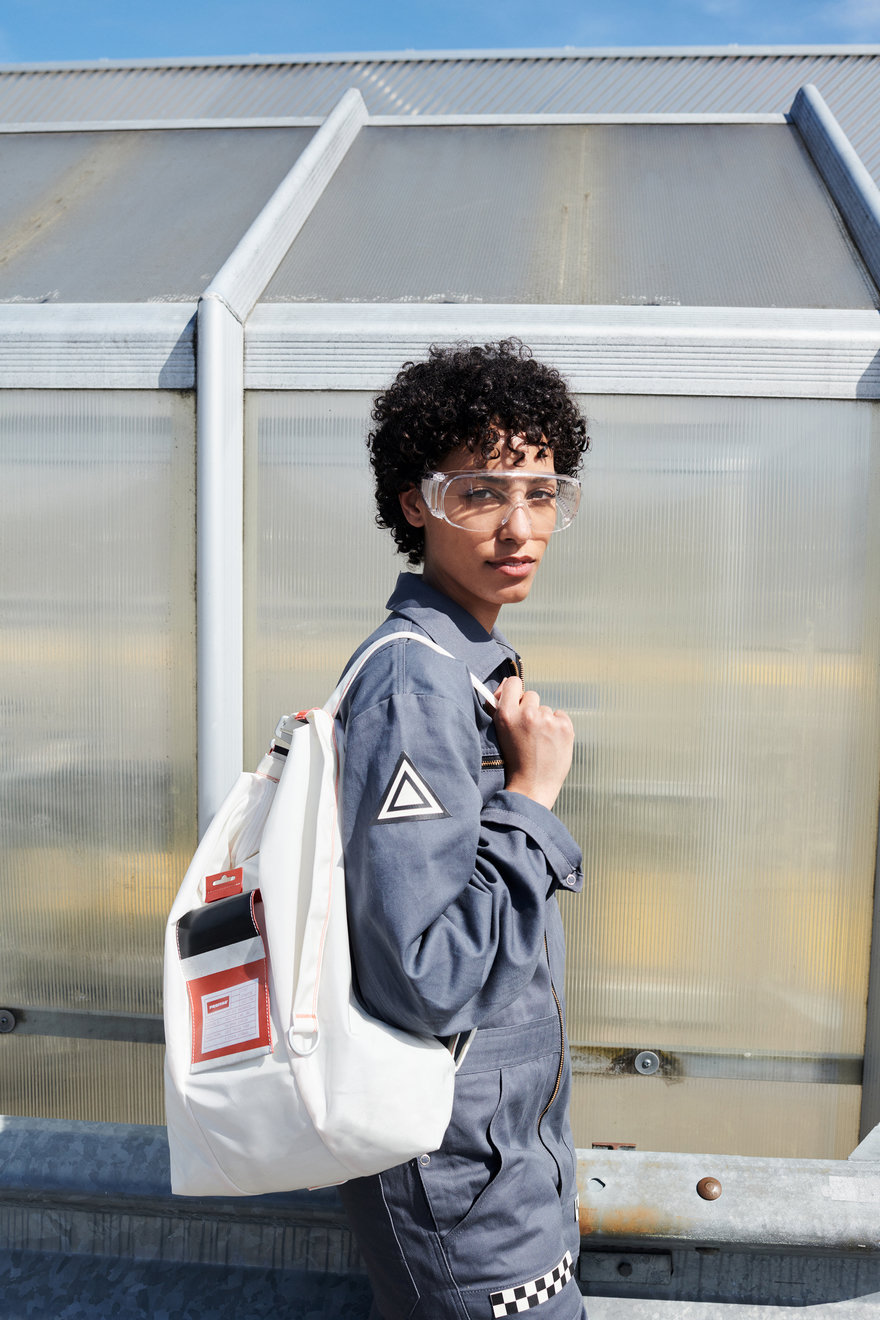 For the F707 STRATOS launch, the crew of zweihund scripted and brought a bizarre, non-traditional film to life. An airbag in the wrong place at the wrong time, intentionally embedded in incoherent moments and absurd situations, purposefully far away from the FREITAG universe. The story is stretched like an arc until the end, and the sorted-out airbag finally finds its new vocation. This visual firework is underpinned with sounds from Tschong-Gil Kummert and special effects by Simple Mechanik.

How did the development of F707 STRATOS come about? Why are you using airbag material? We've been on the lookout for a new material for some time. And now we've finally found it: The soft and light airbag material enables us to produce new cuts and designs—similar to the PET-based fabric for our 'Tarp on PET-models'—that we couldn't make with tarp alone. Of course, the new textile also has to match with FREITAG's commitment to circular thinking—that is why we only use airbags that have been classified as B-stock and therefore cannot be installed in cars. And don't worry, we remain loyal to used truck tarpaulins - we still use around 500 tons of the material every year.

What were the biggest challenges in developing F707 STRATOS? We are usually quite familiar with recyclable materials from the street - discarded truck tarpaulins, car seat belts, and bicycle inner tubes are among our most important material components. However, dealing with the airbag textile was not easy at the beginning, as we had hardly any experience with this material. We had already used B-stock airbags in previous FREITAG accessories, for example as an inner lining for wallets. But using it as the main fabric was truly a first for us. An intensive exchange of information and feedback between our design department, the prototyping and materials sourcing roles here in Zurich, and the ongoing involvement of the external sewing department was very important throughout the development period. Bags and airbags have different requirements and characteristics, so it was important to make clever use of the strengths of the two materials used - truck tarpaulins and B-stock airbags. Another challenge was our demand for foldability—this additional function was important to us as a reference to the material's origin. Just like an airbag in a car, the airbag B-material that we used should be able to "unfold" as a backpack. To achieve this in such a way that the handling remains simple and the format compact—without compromising the look of the end product and the different ways of carrying it (as a backpack, shoulder bag or with a short handle)—was not without its challenges!

How did the pastel color palette come about? Airbags are made by manufacturers not only in white, but also in light pink and blue, to distinguish the difference of the types of airbags. Thus, side airbags usually have a different color than driver or passenger airbags. The fact that the airbags already came in these original colors of airbags that also emphasize the lightness of our latest backpack, is pure luck. Incidentally, the contrasting bright orange double seams are also a reference to the typical color scheme of airbags - these are also found in industrial airbag processing.