Playful activities have behavioral, social, and psychomotor rewards. As grow-ups, we stop playing due to socio-cultural norms and the fear of looking silly in front of others. The Nest Couch breaks these socio-cultural norms and encourages play in adults by making play socially acceptable. One can sit in the Nest Couch alone or together with up to two other adults. The couch stands upright until weight is applied over the edge (through leaning back) at which point the couch tilts back. The couch spins through moving one's body weight. 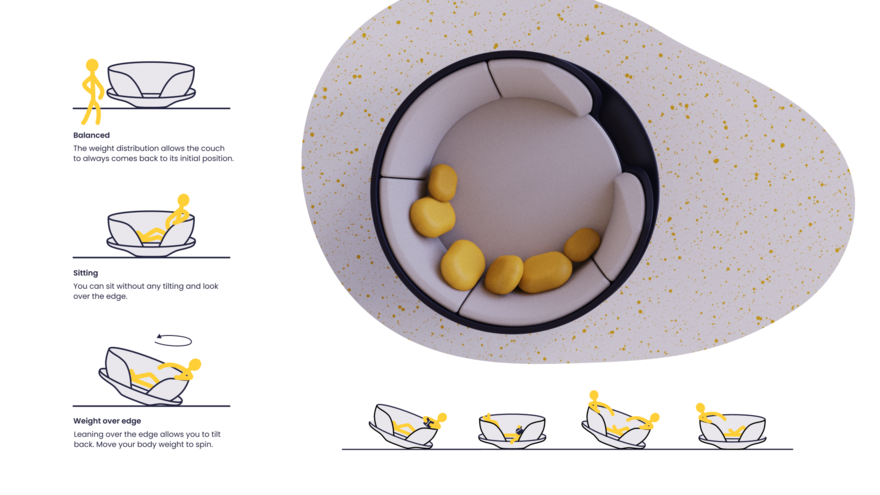 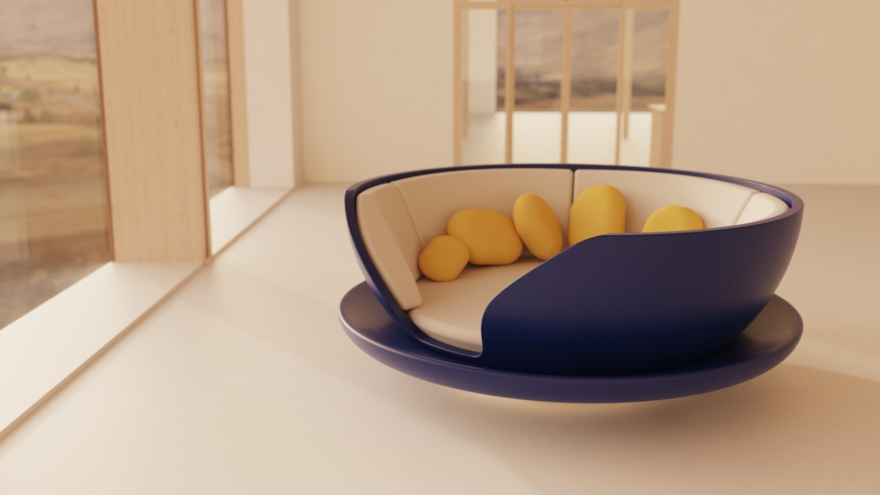 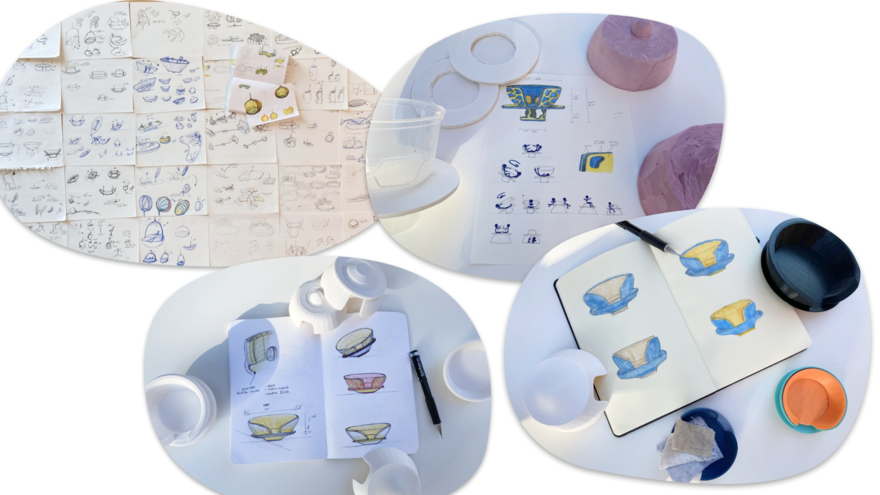 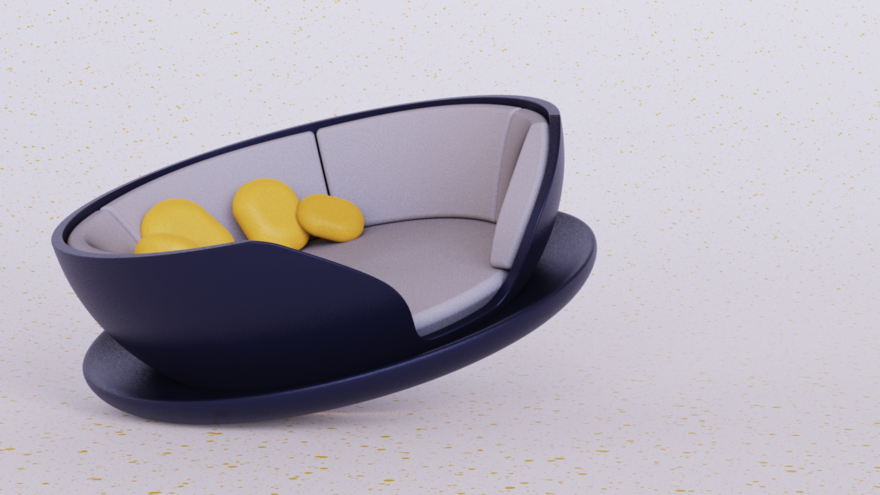 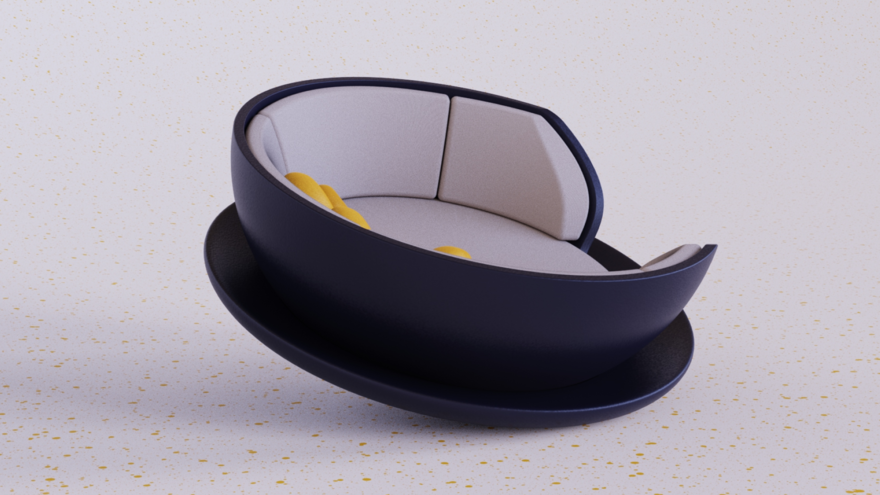 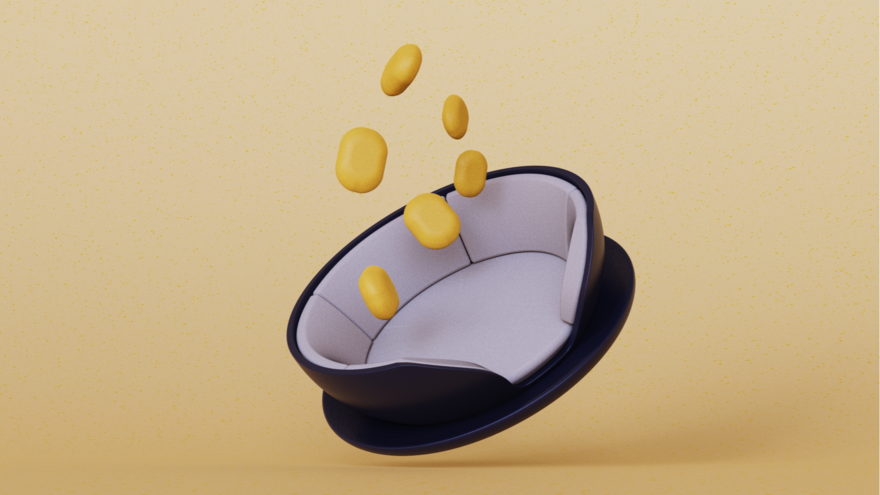 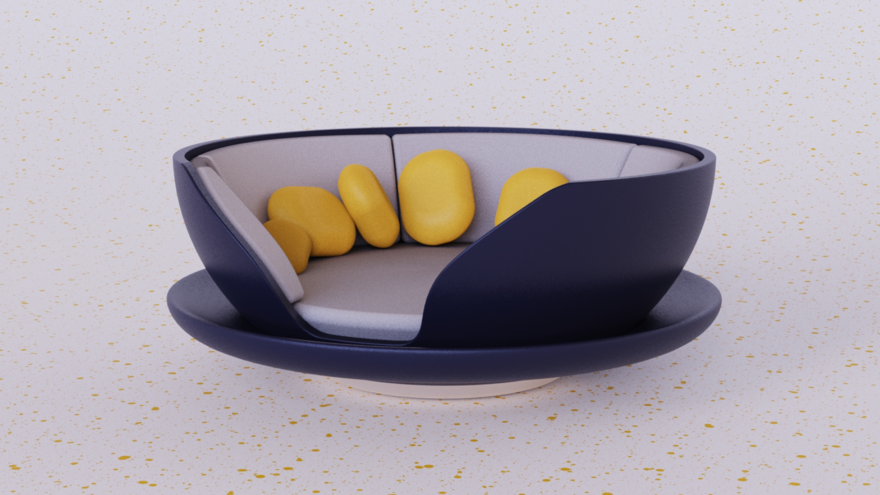 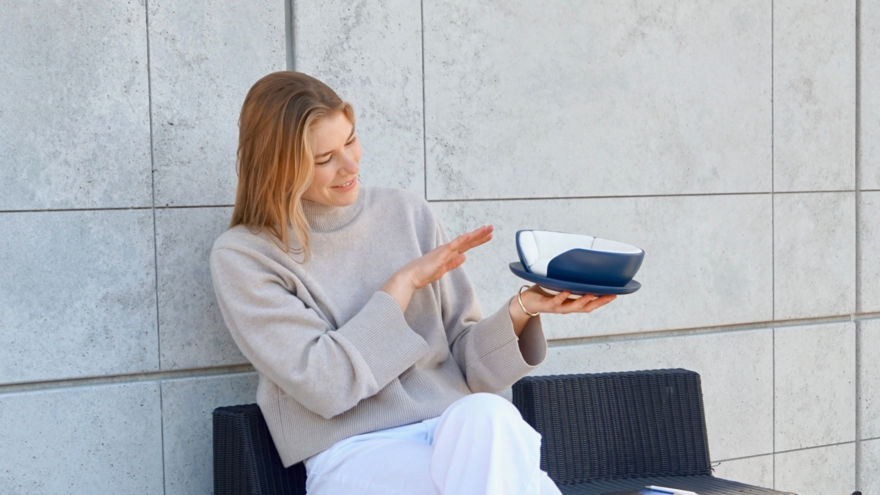 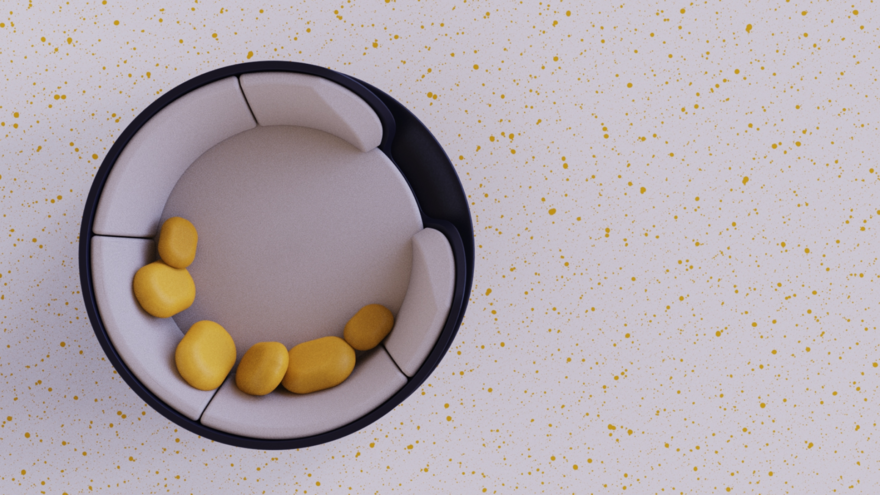 The Nest Couch is a couch that spins. Its design encourages play in adults through breaking social norms. Playful activities performed for self-amusement have behavioral, social, and psychomotor rewards. Children often play for no other reason than self-amusement. As grow-ups, we stop playing due to socio-cultural norms and the fear of looking silly in front of others. As a Human-Centered Designer, I conducted various forms of observations and interviews. Distinct patterns in the user data suggested that adults felt most comfortable playing with clear rules (as in card games or sports), while one form of playing, namely body play -where our bodies are getting out of gravity (jumping, tumbling, cartwheels, etc.) is performed the least. This is surprising as body play was rated the highest in terms of the level of fun. (dancing, rollercoasters, etc.) Most individuals would like to have more fun without adding more to their busy schedules, which is why I focused on building a solution that would fit into their home and daily routines with their loved ones. This solution was supposed to focus on body play -getting our bodies out of gravity. How to use the Nest Couch: One can sit in the Nest Couch alone or together with up to two other adults. The weight distribution within the couch allows it to stand upright in its initial position, however, when weight is applied over the edge, - through leaning back, the couch will tilt. It is intended to be a surprising "oii" moment. When tilted the couch spins through moving one's body weight. You can either spin around or sit and relax. To tip the couch back to its upright position one simply has to move one's bodyweight towards the middle. The couch fits into the living room or on the outdoor patio. However, it equally well fits into an office space as it encourages fun and conversation between coworkers. Playful activities also provenly improve creativity, brain function, and relieve stress which also speaks for adding the Nest Couch to a work environment. Breaking Social Norms: The Nest Couches design clearly communicates its intended purpose of spinning, which breaks the social norms that usually hold adults back from playing. While spinning around in the couch, one does not need to worry about looking silly in front of others, as spinning and having fun is socially "allowed" and even encouraged.