Spongik is an eco-friendly and an innovative alternative to conventional kitchen sponges. This 3-in-1 sponge set is made from 100% natural and biodegradable materials that have very unique properties. Cellulose sponge expands in contact with water, while hemp scourer has anti-bacterial properties. The sponge is infused with chemical-free dishwashing soap, eliminating the need of plastic dishwashing liquid bottles in the kitchen. Spongik set comes with a dryer that dries and sanities the sponge between uses. Made from diatomaceous earth, the dryer instantly absorbs moisture from its surface and helps the sponge to dry faster. Beautifully designed ergonomic water drop shape sponge perfectly fits in the hand, while the pointy edge is intended to clean hard-to-reach corners of glasses and bowls. The sponge tackles the toughest jobs, yet it is gentle on the hands and doesn't scratch the surfaces and the non-stick layer of the pans and pots. Neutral colors of the dryer complement the kitchen interior. Spongik is a new standard in cleaning and designed to look beautifully in the kitchen. 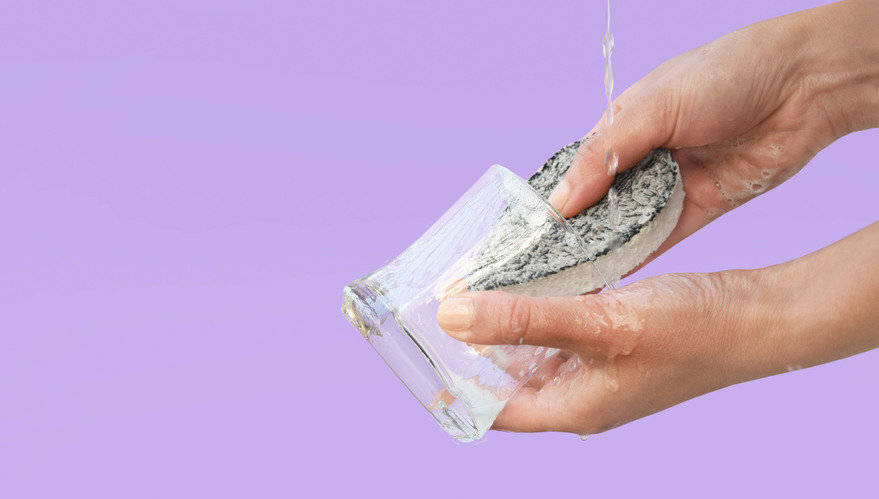 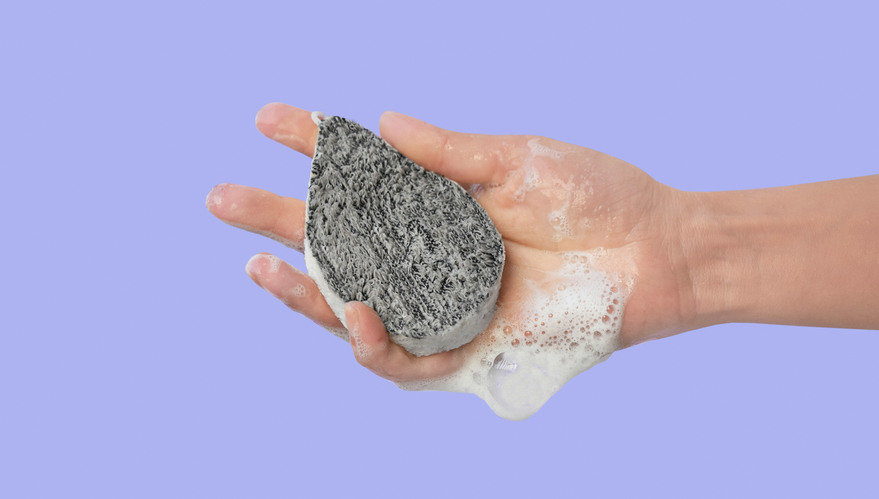 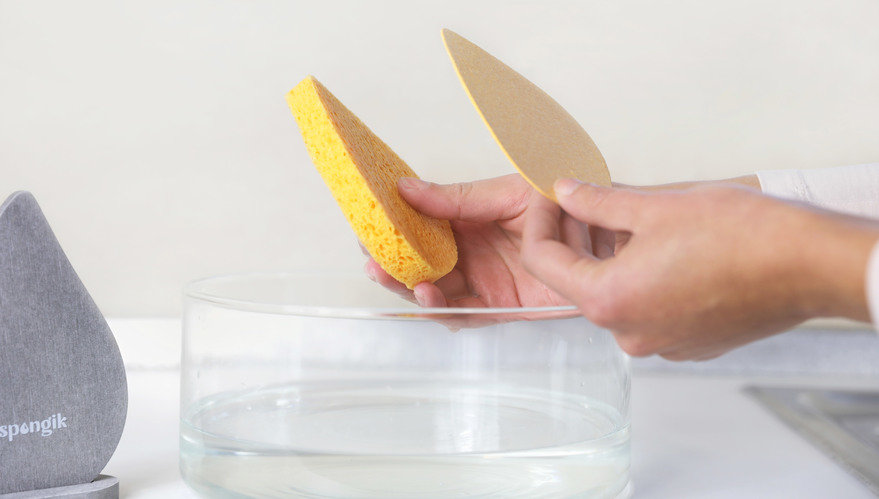 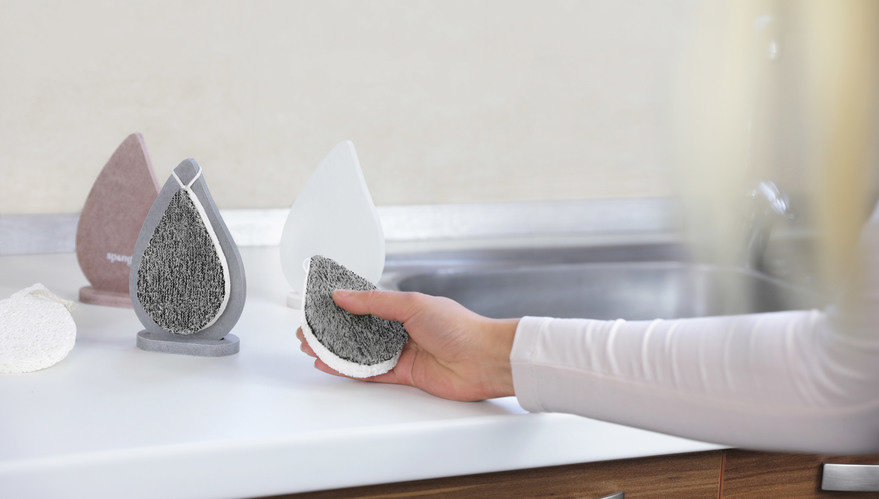 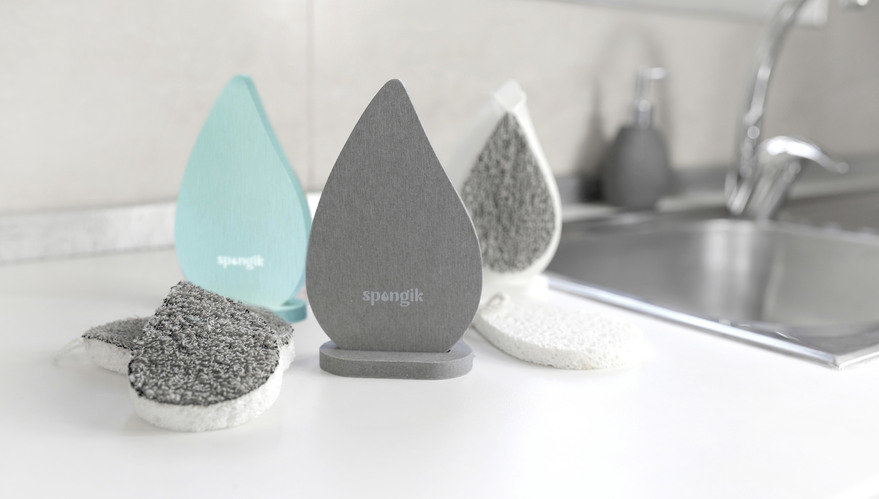 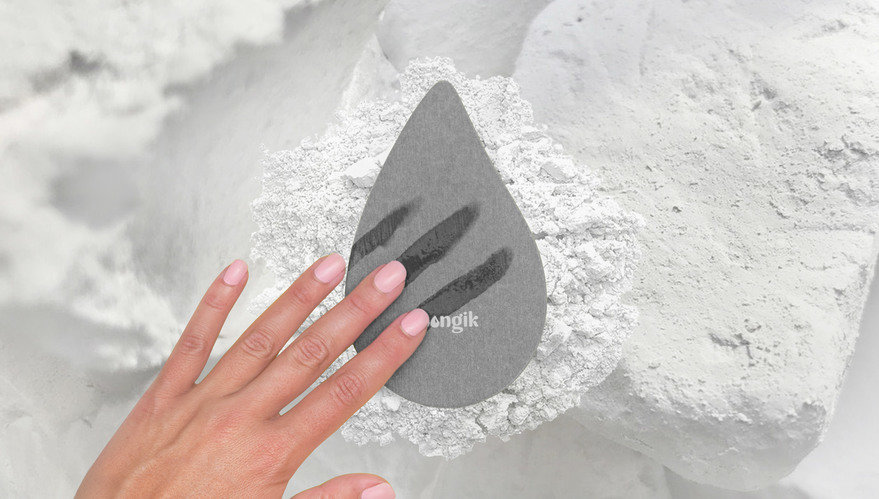 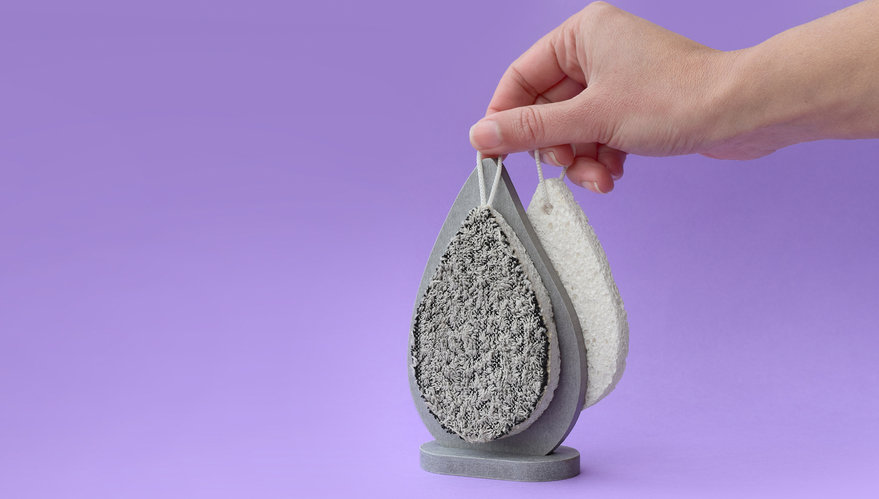 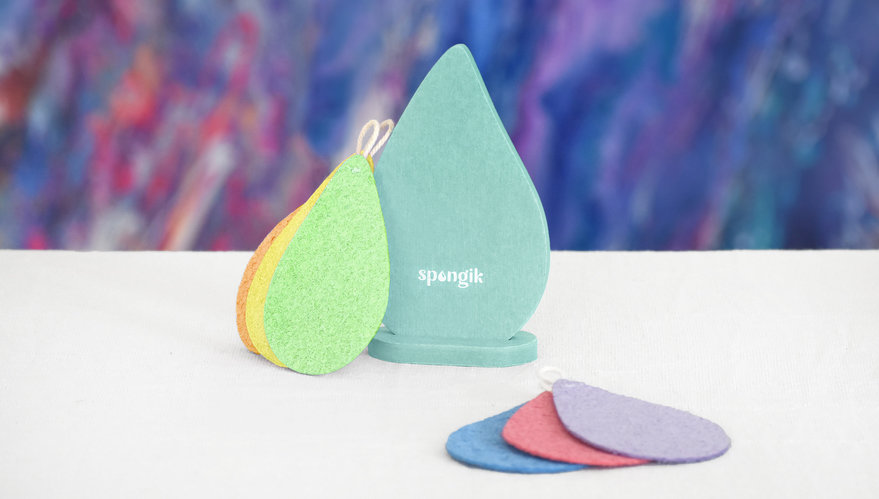 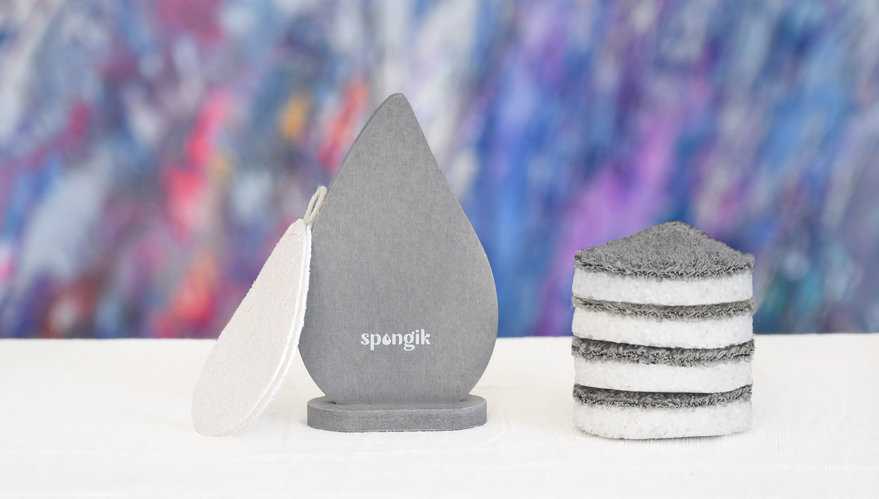 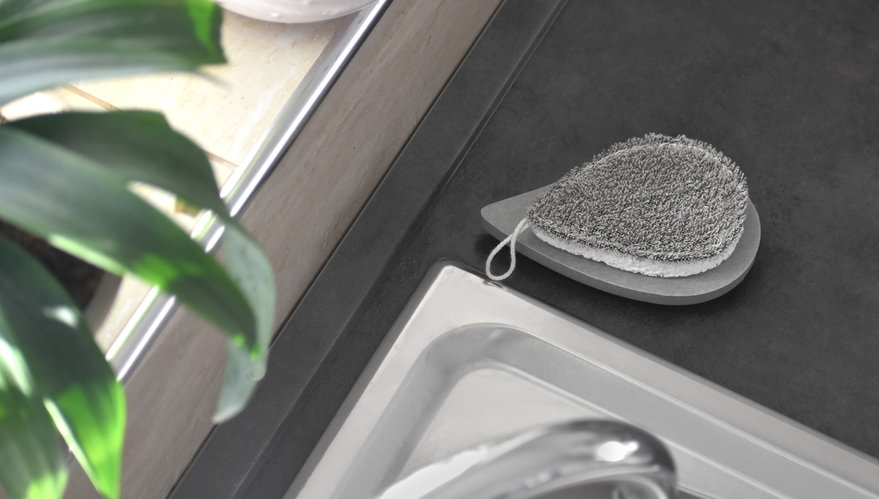 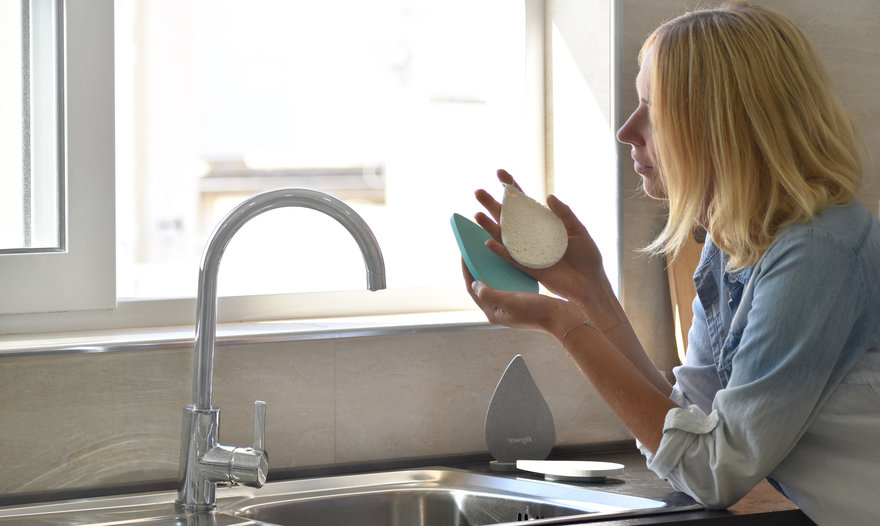 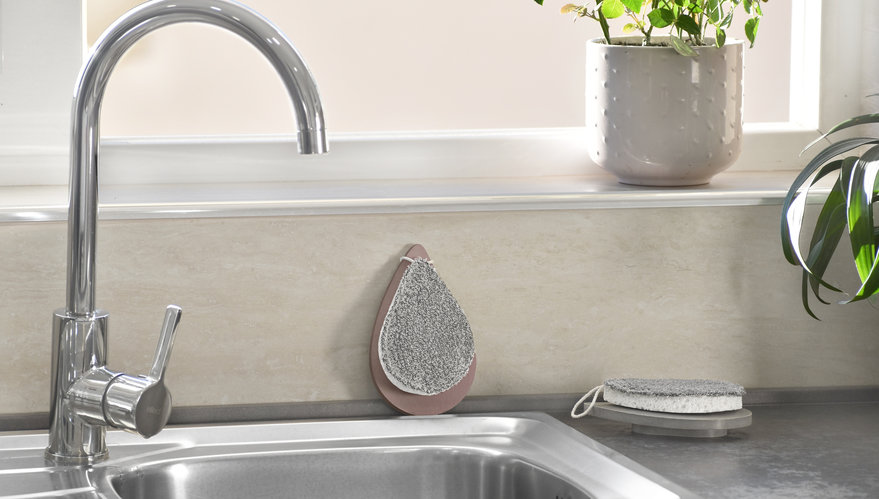 Plastic pollution from dishwashing sponges is often overlooked. However, it is an issue worth addressing. Disposed just after few weeks of use, kitchen sponges significantly contribute to non-recyclable plastic waste. Made out of 2 polyurethane polymers, conventional dishwashing sponges can't be recycled, composed or biodegrade. Around 50 billion kitchen sponges are disposed annually, and will remain in the landfills for 52,000 years. In the process of dishwashing, polyurethane sponges release tiny particles known as microplastics. There are estimated 1.4 million trillion microfibers in the oceans. Barely visible to the naked eye, microplastics are swallowed by marine creatures. Scientists have discovered microfibers in 114 types of aquatic species, half of which are consumed by humans. Some of microplastics from the sponges remain on the dishes, and get ingested together with traces from chemical-based dishwashing liquid soap. According to the recent studies, an average person consumes more than 70 000 particles of microplastics per year.

Plastic pollution and micro-plastics is a big environmental problem that is starting to affect not only the wellbeing of our planet, but also our health. It is important to reduce the use of plastics in our everyday lives as much as possible.

After seeing this gap on the market, I decided to create a 100% biodegradable dishwashing sponge with innovative features.

Spongik is 3-in-1 kitchen set that resolves the multiple problems associated with conventional dishwashing sponges. Spongik is infused with chemical-free dishwashing soap and notifies the user when it is time to replace the sponge (to avoid high multiplication of bacteria). It comes with the dryer that dries and sanities the sponge between uses. And it is designed to look great and complement the kitchen interior.