The C1X was designed to reformat and redefine the line between e-bike and motorcycle conventions. It is a street-legal concept that will provide a "step-up" vehicle from the current SUPER73 offerings of electric bicycles, elevating adventures by achieving motorcycle performance with dramatically reduced size and weight.

With a top speed of 75 miles per hour, a 100-mile city range, and the ability to charge from 0–80% in less than an hour with level 2 quick charging, the C1X is fully street legal, bridging the gap between urban exploration and highway connectivity. 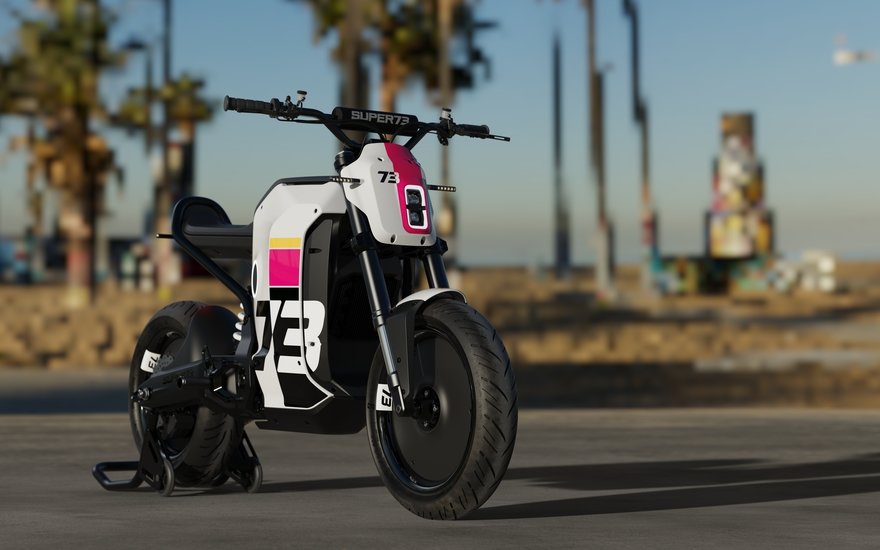 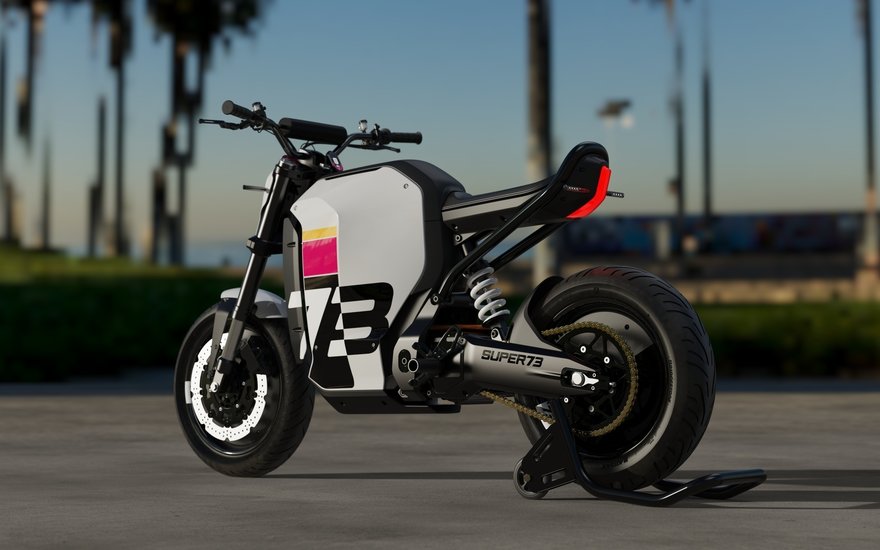 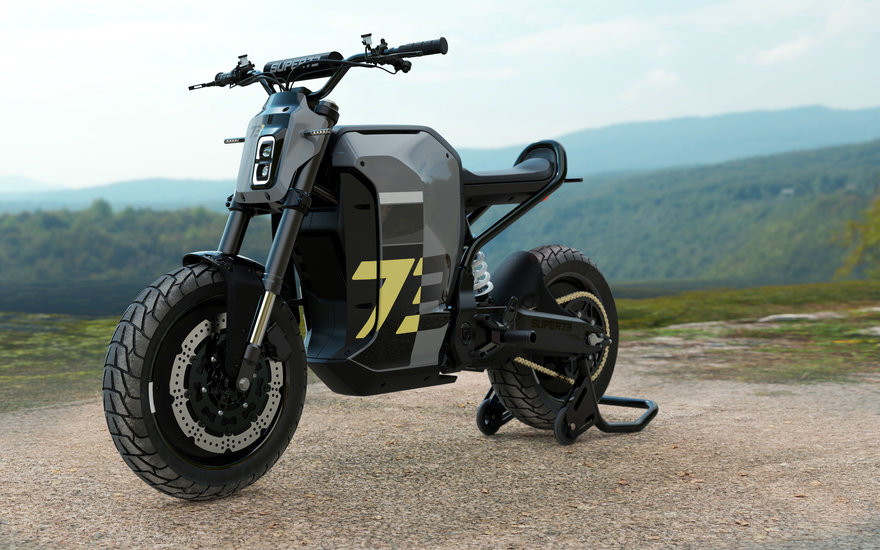 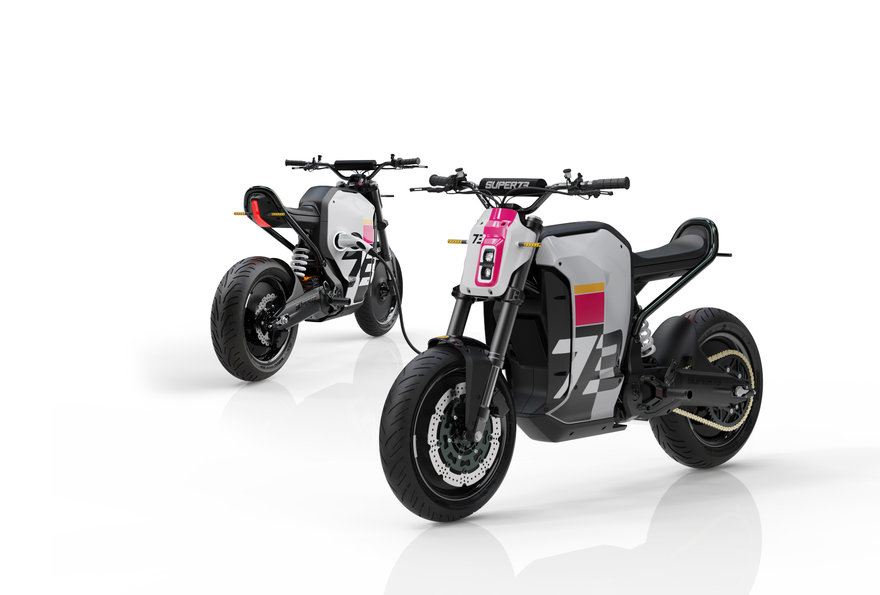 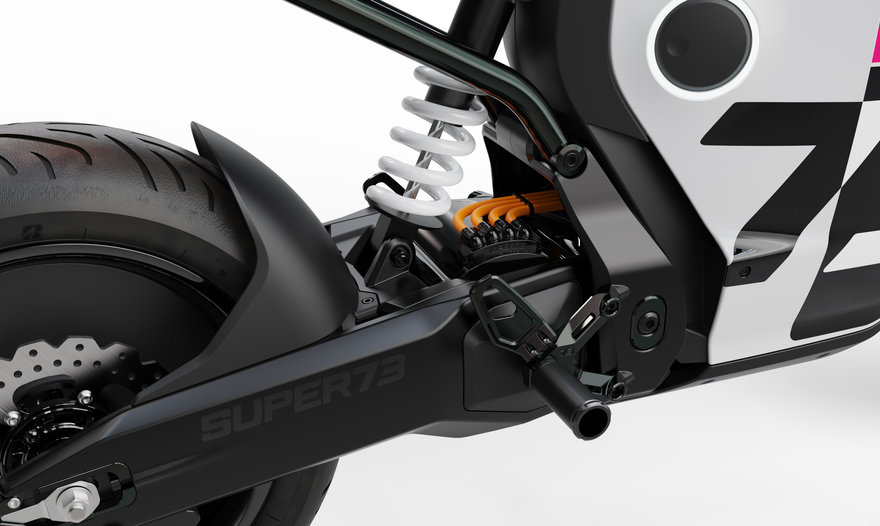 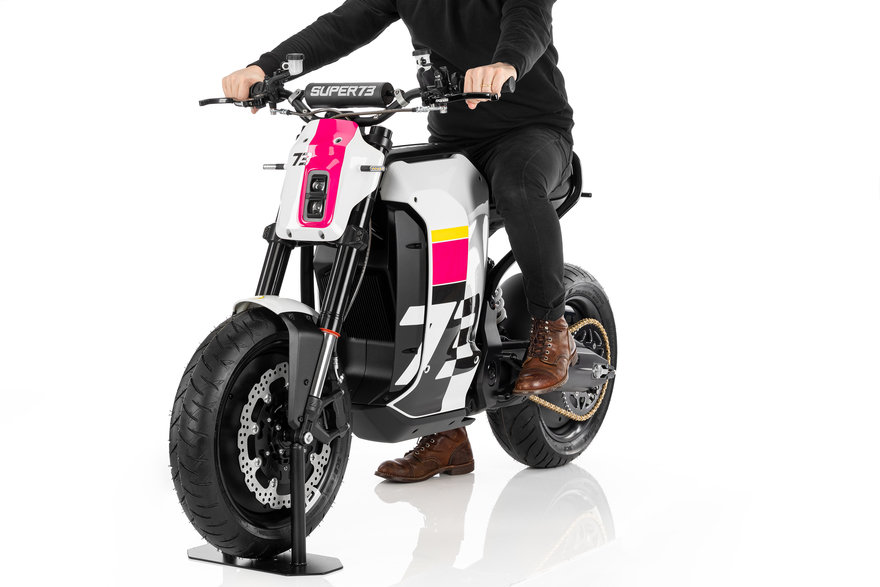 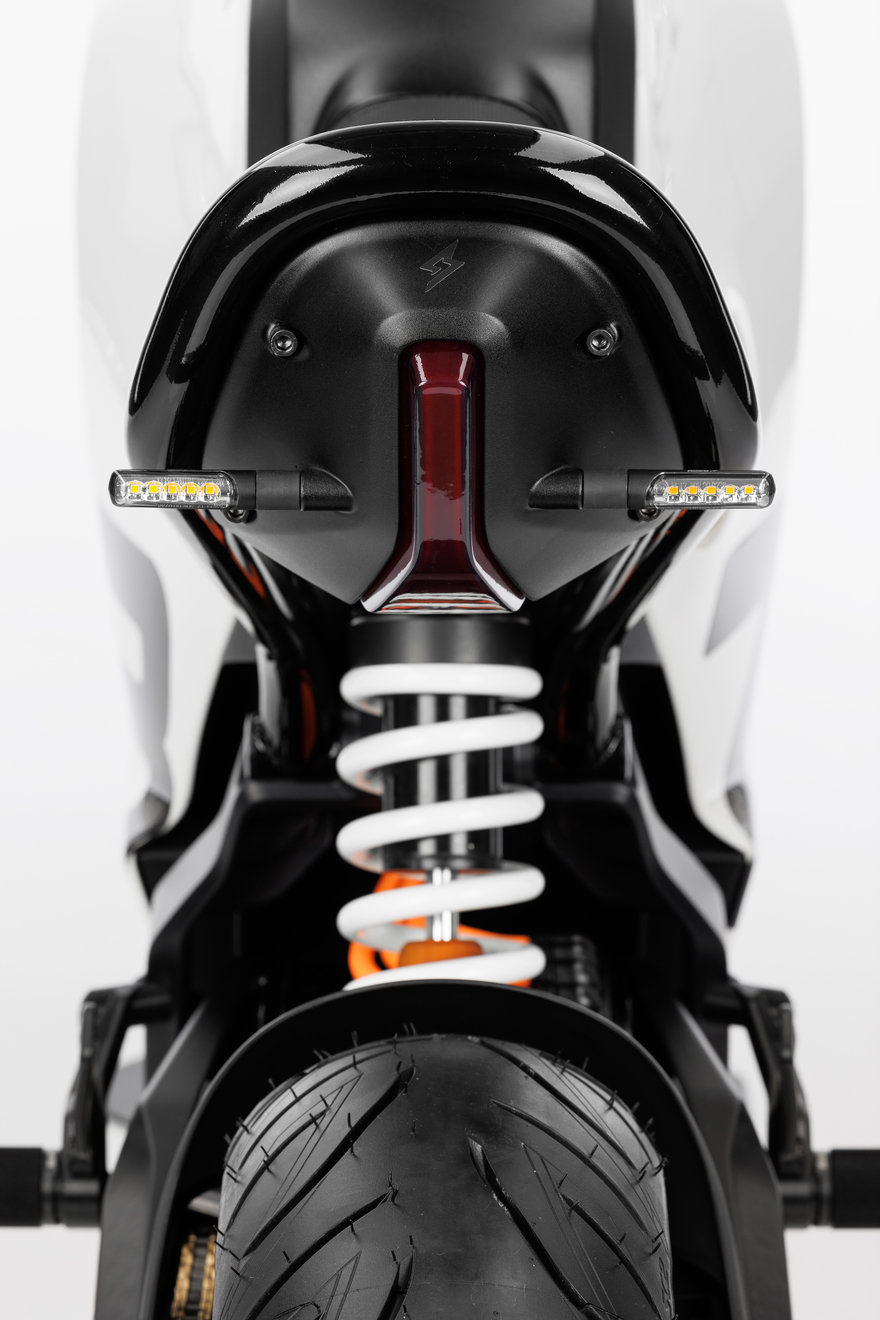 The SUPER73 design and product team began by studying the current barriers to motorcycles from the perspective of an e-bike customer and addressing how to create accessible adventure.

The priority for the C1X Concept was to reduce the overall footprint of a typical motorcycle. This was accomplished by switching to 15" wheels versus typical 17" motorcycle, a lower seat height at 31" and drastically reducing the wheelbase to 51". The team was able to achieve this by challenging conventional architecture and mounting the motor in the swingarm reward of the pivot point. This innovative architecture permitted a 6" decrease in wheelbase and removed the chain slack issues experienced with conventional motorcycle swingarms. Further enhancing the Concept's agility is a mass-centralized chassis/battery configuration, the precise specification of which will remain under wraps until further testing is completed. Needless to say, SUPER73 is excited by the innovation that has spearheaded the entire program.

Being born in Southern California, the SUPER73-C1X Concept explored utilization by urban commuters and adventure seekers alike. With all of the above being taken into consideration during its ideation, it will successfully bridge the gap between urban exploration and highway connectivity. With two wheels and its small footprint, C1X leaves the headache of parking to others.