FB 01 -  A folding bike for the modern commuter

FB 01 is a folding bicycle that focuses on a seamless and straightforward product experience. It is targeted at the modern commuter and prioritizes ease of use over compactness. The key feature is the folding mechanism, as it can be unfolded in just three steps.

The Last Mile is an ongoing issue in public transport and for commuters. It is the last stretch of the journey between the distribution hub and the destination. In the past few years, we have seen an increase in sharing systems that try to solve that problem, but these do not offer the flexibility or reliability of owning your own vehicle. While there are vehicles that serve that need, the traditional folding bicycle has been often overlooked as a potential solution. It can easily be carried on public transport but also offers plenty of speed and endurance.

The FB 01 is the result of rethinking the folding bicycle, making it more suitable for commuters and attractive to an audience, that previously would have dismissed it as a form of transport. 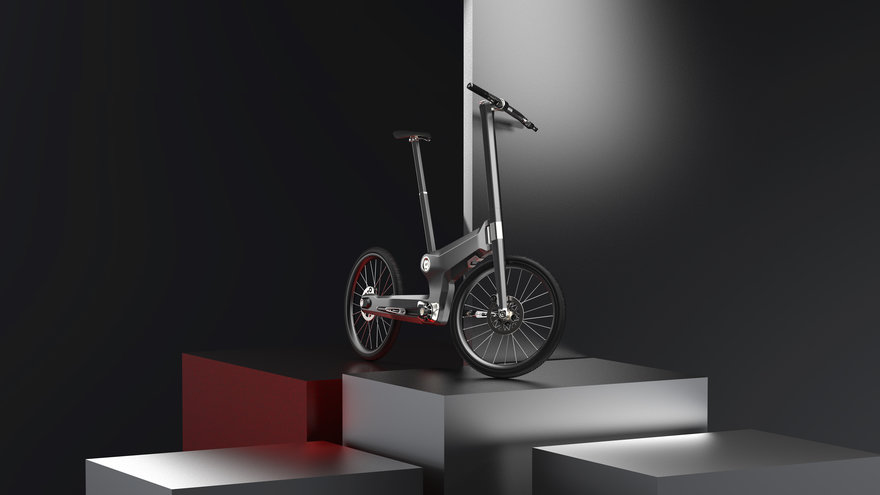 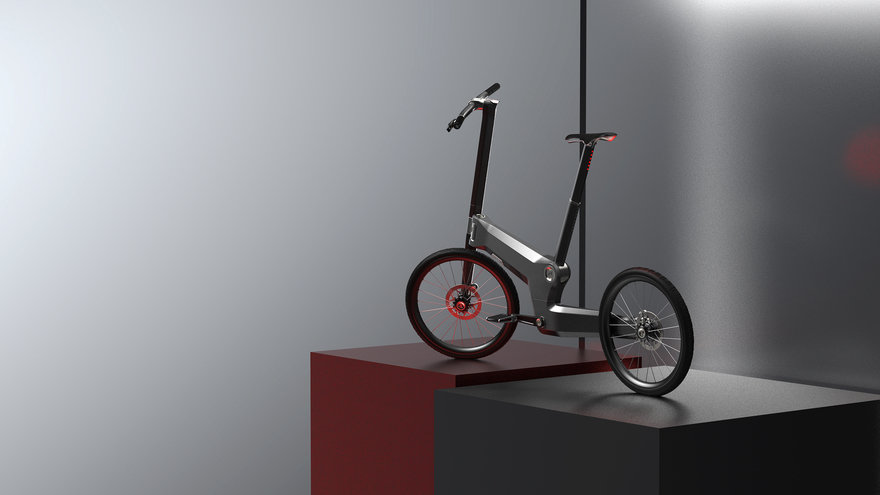 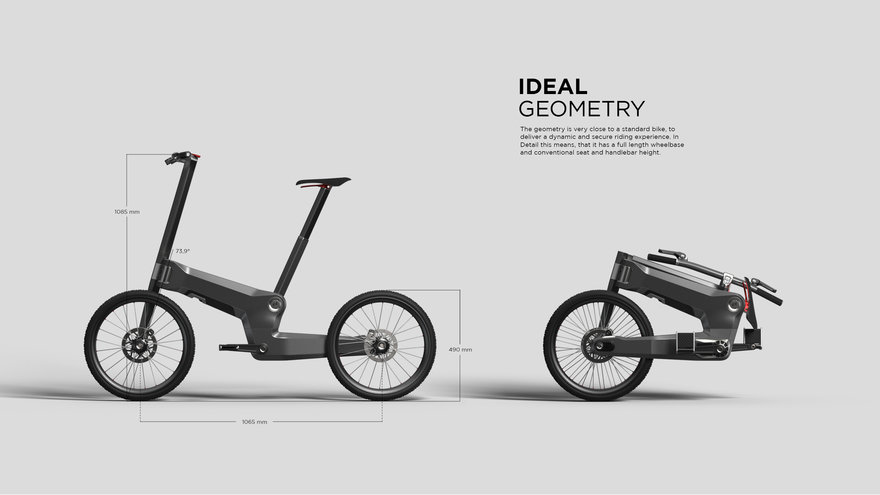 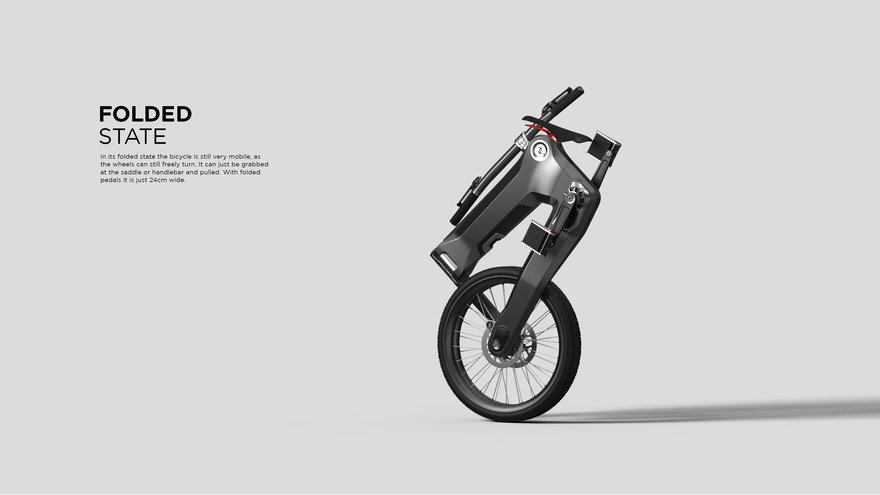 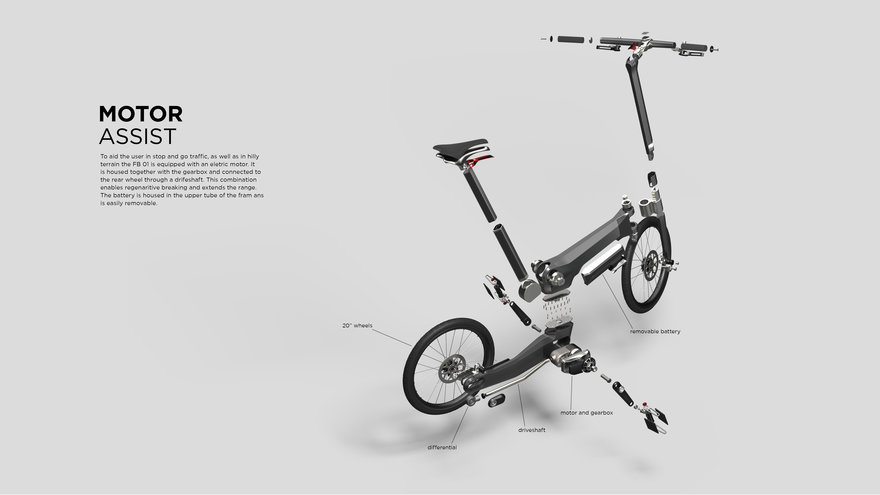 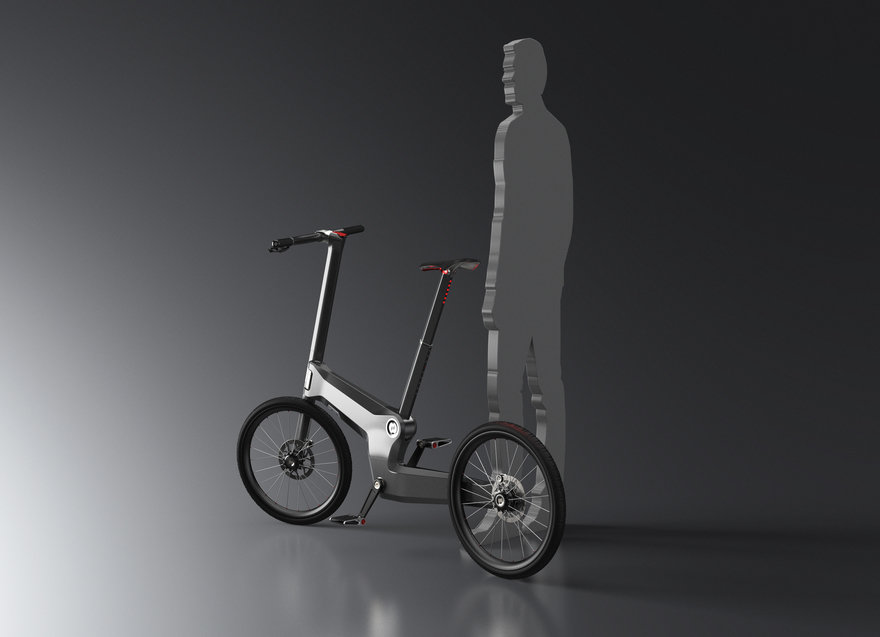 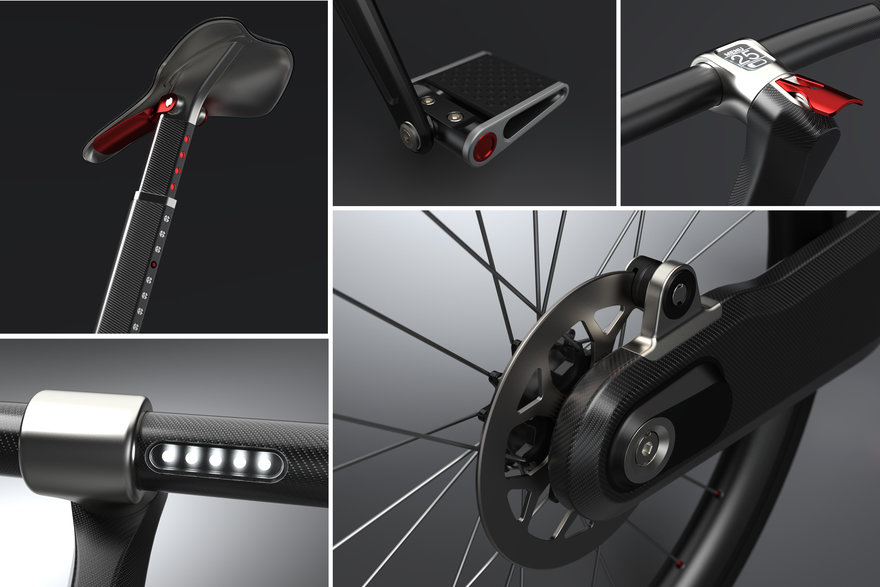 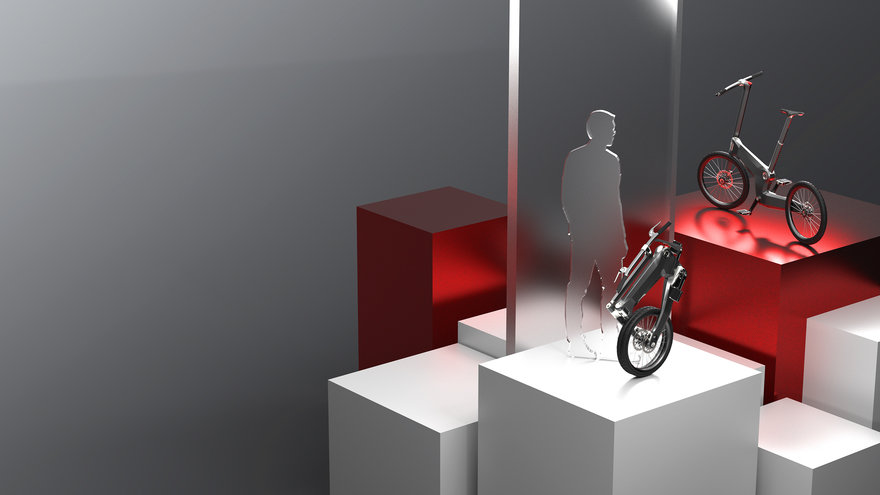 This project is part of the Bachelor thesis I completed at FH Joanneum Graz. It was done in cooperation with Porsche Design. We had total freedom, in our choice of topic, but it should fit in the world of Porsche Design.

I was always fascinated by folding bicycles. To me, they offer the best of public transport and using your own bike, The comfort of covering long distances with ease, but at the same time staying mobile, fast and independent for shorter journeys. The thought of just taking the bicycle in the morning but still having the option to go by train should the weather turn bad seems perfect. Even though I like the concept of folding bicycles I never had one of my own. It always felt like the wrong aspects were prioritized to fit the needs of someone who switches quickly between different forms of transport. I saw my Bachelor's thesis as an opportunity to create a folding bike that would fit those needs. This included a mechanism, that was easy and quick to fold while staying reasonably small and the option to still push the bike in its folded state. As this project was done in cooperation with Porsche Design I found it an interesting proposition to create a result, that could convey the traditional Porsche Design customer to buy a folding bike.

It was important to me, that the bicycle is not just easy to fold and transport, but still fun to drive. Because of this, it has a full-length wheelbase, which improves stability and comfort. The 20" tires aid that further and make it easier to tackle small obstacles like curbs. Overall the geometry is kept as close to a standard bicycle as possible.

The key to a good folding bicycle is the mechanism. To achieve my goal of a good commuter bike I set some key points that had to be met. The mechanism can only have three main steps. This reduces time, but it also makes it easier to memorize and execute the steps correctly. It still had to roll in the folded state, which meant that the wheels had to be parallel in this position and turn freely. This was very important to me, as it significantly improves mobility. For example, when switching trains the bike can be just pulled and does not have to be carried.

This already limited the number of possible solutions by a lot. Especially the requirement, that the wheels had to be parallel in the folded state left only one viable solution. A one-sided swing arm that turns the entire lower part of the frame. For the wheels to end up parallel, the pivot point had to be offset from the centerline by half the width of the tire. Because the wheels would touch in the folded state they could only be attached on one side, which resulted in a single-sided fork and one-sided swing arm. This in combination with the offset pivot point meant, that the frame had to be completely asymmetrical.

The focus for this folding bike is not the size, but a quick and simple folding process. However, the same problems as those of a conventional folding bike must be solved. At the same time, smaller pack size is of course always an advantage. These problems are the seat post and steering tube. Both are very long parts that have to be collapsed to reduce the size. To fold the steering tube away the asymmetric design is embraced, as it lands beside the upper frame tube in the folded state. Meanwhile, the handlebar is turned around a pivot point at the top of the steering tube, this way it stays in one piece and can be longer which improves control and confidence while riding the bicycle. The seat post is the second long part that has to be stored away. At an early stage in the project, I decided to store it in the upper part of the frame, as this is the most space-saving and cleanest looking solution. But due to the forces, it has to withstand and the asymmetric design it took several iterations to find the final version. In it, the seat post consists of two telescopic elements and a big pivot that is integrated into the frame. On the backside of the lower telescopic element are holes for a pin to drop into which sets the height of the saddle. These holes can be selectively plugged with screws, so the pin can only drop in a certain one. This ensures, that the seat is always at the correct height.

The development of the folding mechanism went through several iterations and was completely redesigned halfway through the project to incorporate all the new insights that were gathered. (as a life-size model was not a financially viable solution, Vr was used to evaluate dimensions and proportions)

In the first step, the handlebar is unlocked by pulling up on the lever on top and then folded down.

If the handlebar is in its lowest position, then the rear arm unlocks automatically and can be swung around by the user.

The saddle can be collapsed with one hand by pressing on the lever beneath it and sliding it into the frame.

The Pedals can be folded up if needed, which reduces the width to just 24cm.

The Result is FB 01, a folding bike, that combines a clean bold exterior with an innovative mechanism. It offers a solution to the fast-paced commuters, that enjoy the benefits of using their own bike as well as public transport and want to have the flexibility to choose any time. With its quick and easy folding mechanism, it saves time and opens up the range of potential users.