This is entry presents data collection techniques that social science researchers can employ when conducting behavioral research. In the phase of Covid-19, these techniques were used by ThinkPlace teams based in Nairobi, in close coordination with Malawi-based research assistants to collect evidence of cognitive influences among pregnant women who seek Antenatal care services in health facilities and community settings.

In recent years, contributions of behavioral and social sciences - including sociology and anthropology, behavioral economics, and psychology - to improving behavior change strategies have gained more prominence. The need to consider cognitive influences is clear and strongly supported by the opportunity to improve behavior-change programming. At the same time, there has been increasing interest and investment in leaner, less resource-intensive types of research. This is also evidenced by the growing interest in the use of tech-based research tools such as the world wide web, multi-media methodologies, and emerging mobile-based qualitative research platforms.

This interest in lean research presents the risk of overstating or understating causality when collecting information on human interactions - an issue documented by the National Academy of Sciences of the United States of America (PNAS), in a 2016 Colloquium paper on 'Estimating peer effects in networks with peer encouragement designs'.

To ensure that the behavioral data collected is of high quality, social science researchers can combine the rapid research tools outlined in this abstract with diagnostic approaches, where the focus is on collecting evidence to show that previously examined cognitive drivers are at play in the context currently under examination. This also adds value when there is limited in-person interaction between the social science researcher and the research participant. 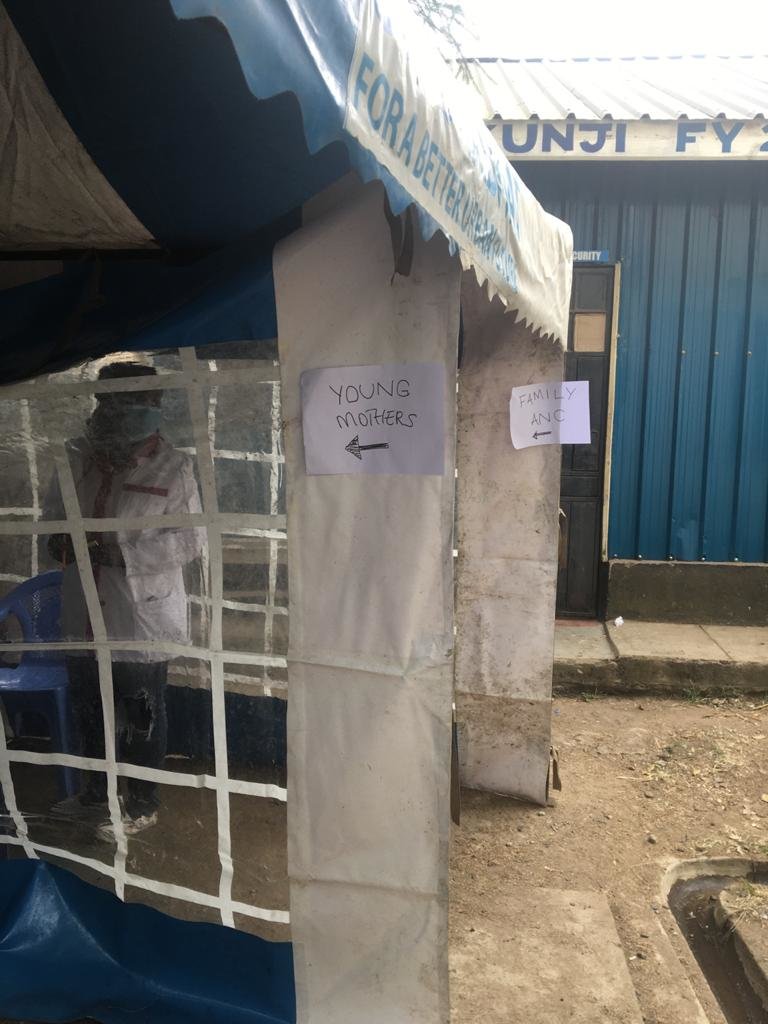 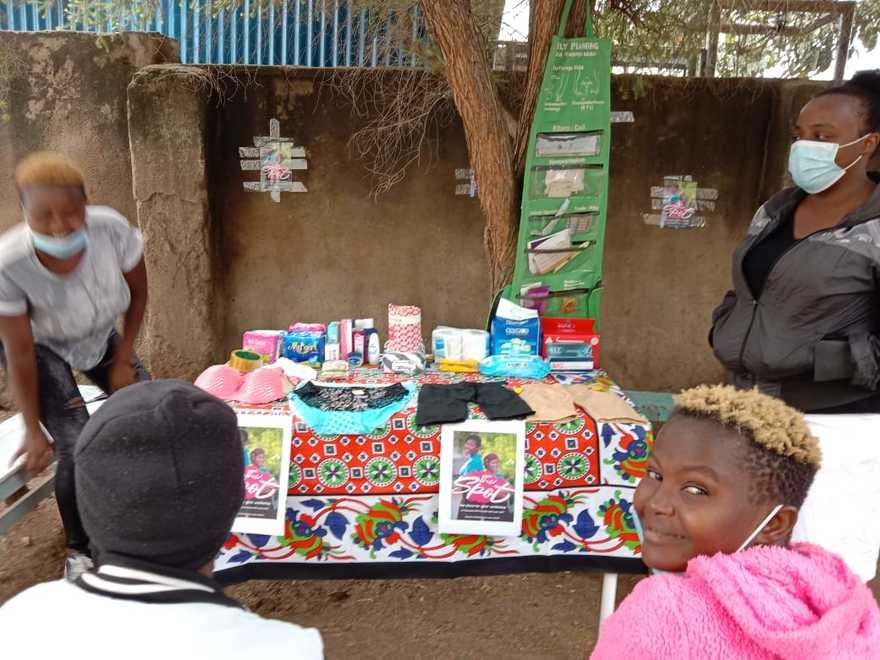 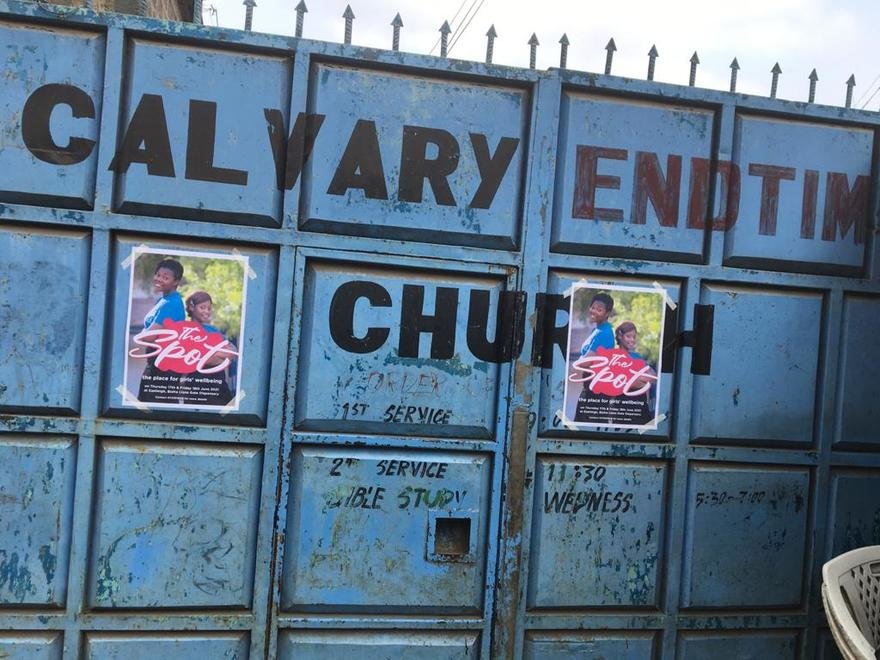 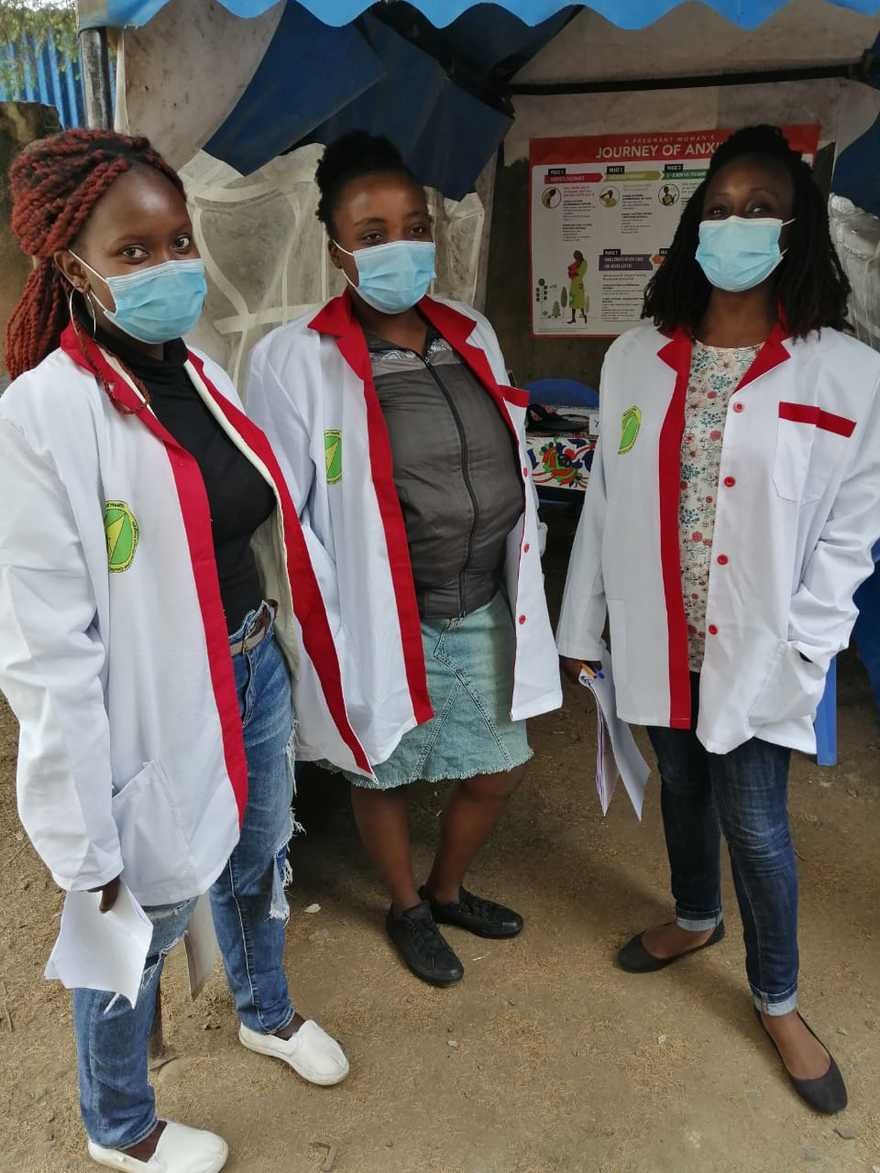 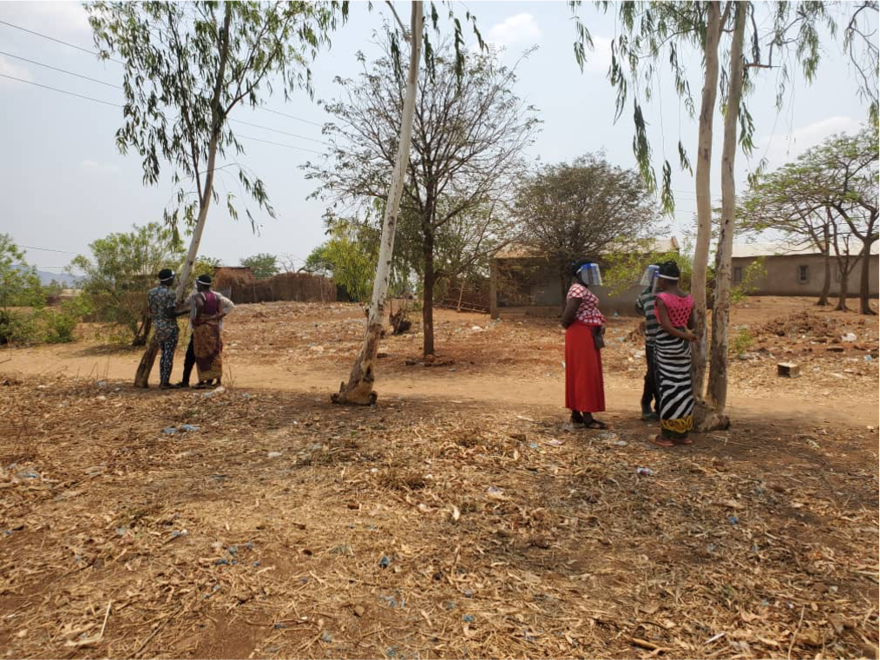 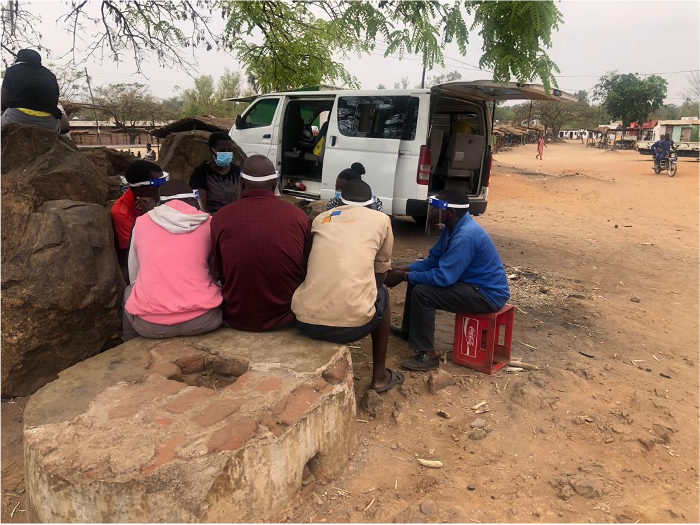 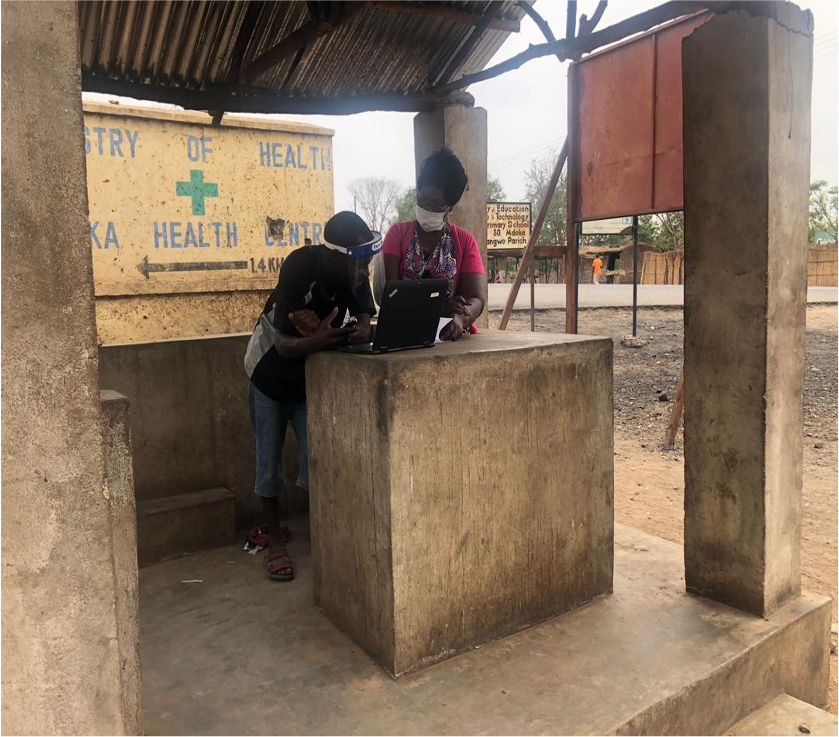 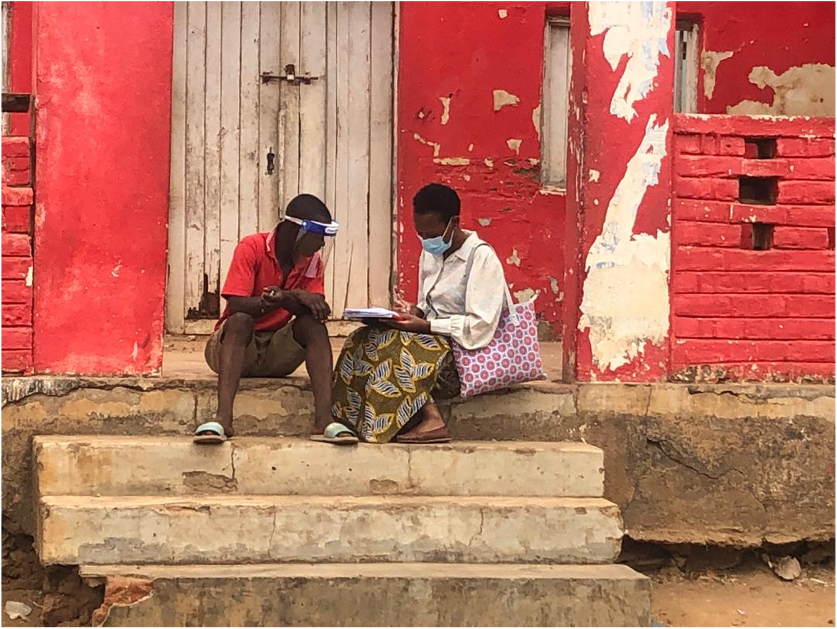 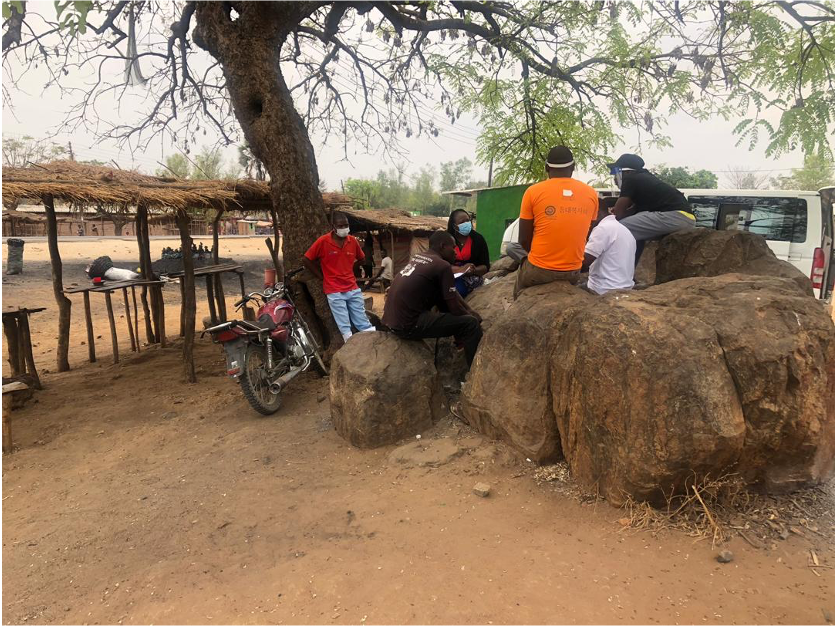 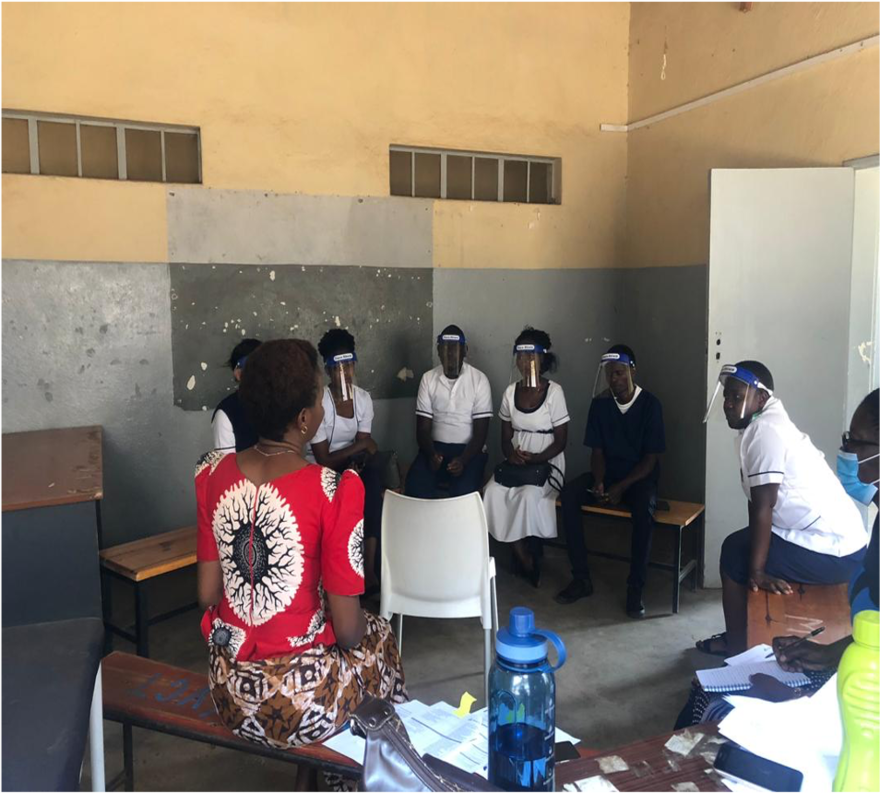 In 2019 – 2021, ThinkPlace Kenya partnered with Jhpiego Corporation to conduct research across four countries in Sub-Saharan Africa – Malawi, Ethiopia Mali, and Kenya with the aim to understand the barriers to early entry into care and the continued usage of healthcare services among pregnant women in rural and peri-urban regions. We designed a set of six tools that would enable research assistants to go beyond reported data and begin to unpack participants' attitudes, norms, and customs, and at a broader level, the system-wide barriers preventing the uptake of healthcare services. The tools were administered over a period of two weeks, by six researchers. The considerations we made when designing these tools included multiple stimuli presentation methods such as the use of visuals, videos, and verbal engagement through debate-like prompts.

Silent Debate: This tool comprised a set of statements about common pregnancy and motherhood-related scenarios. Research participants were tasked to indicate whether they agreed or disagreed with the statements presented and thereafter, verbalize their rationale.This tool helped us to understand the extent to which people are likely to change their perceptions, attitudes, or practices while in a group setting or when influenced by peers. In group settings, participants are often afraid of standing out due to the tendency to want to conform to what peers believe.

Global Mums: Global Mums is comprised of a set of audio stories from women in different countries sharing how news of a pregnancy isreceived in their contexts and the support they receive during pregnancy. From the audio clips, we aimed to trigger a comparison of experiences and as a result get a more in-depth understanding of how cognitive influences such as homophily, source credibility bias, and availability heuristics apply in the different settings, as well as to get a glimpse into the social norms related to pregnancy. Women were prompted to compare and share their stories. The tool helped the women mirror back their own pregnancy and Antenatal Care (ANC)experiences as well as those of immediate family members and friends.

Good Advice Corner comprised video clips that featured a character facing a pregnancy-related challenge. Research participants were requested to advise the character on how to solve her challenge. By listening to the type of advice given, we picked insights on what the community perceives as the 'right thing to do'. This was a rich source of information about the community's attitudes, beliefs, and practices related to pregnancy.

Visual Aids: We useda select set of pictures to stimulateconversations that would uncover research participants' attitudes and social norms.For instance, an image of a couple walking to a health facility helped us understand pluralistic ignorance surrounding men going for ANC visits. Individually, some men aspired to be involved but were afraid of what other men would think of them.

The tools helped to uncover the following cognitive influences:

Modernity: A significant reason why pregnant women will visit health facilities is that it shows the woman and her household are forward-looking. The majority of women will visit health facilities to avoid backlash from their husbands or the community members as seeking the services of traditional birth attendants is perceived as backward. Women will also put in more effort to dress up and look neater than usual when expecting to go to the hospital as they consider the hospital a modern or professional environment.

Source Credibility Bias: While women perceive ANC services from health facilities as of superior quality, they will sometimes prefer to consult older traditional birth attendants. This is due to their age-old experience and intimate knowledge of the pregnant woman.

Availability Heuristic: The decision to seek ANC services from the hospital is heavily influenced by the pregnant woman's previous experience at the facility. In some cases, women expect to encounter unfriendly service, feel inadequately cared forand expect to be time-constrained. As a result, they deliberately delay or de-prioritize attending ANC clinics at health facilities.

Attribution Asymmetry: Multigravida pregnant women are more likely to start ANC late (usually when they are closer to giving birth) because they feel that they already have the knowledge and skills needed to take care of the pregnancy. Where they attend, this will be on those occasions where there are concerns related to pregnancy complications, which are sometimes attributed to witchcraft.

Beyond informing SBC interventions, social science researchers can use such data collection tools and diagnostic approaches to quickly inform the design of communication materials. Understanding causality can guide the selection of the right audiences to channel messaging, and the most impactful way to frame messages. Additional data collection techniques including tech-based tools can complement these rapid research techniques.