How to Build a Water Filter: A DIY Tutorial from the Future

This project aims to reshape the notions of nationality and citizenship, through a fictional microcosm from a near, neo-capitalist future, in which all of the world's water has been privatised.

It draws upon a mutated type of citizenship, where financial status determines personal monthly water allowance. Tap water is accessible via special national identity card extensions, that come inBasic, Black and Gold versions. My presented future is a saturated manifestation of corporate power and monetized nationality, where policymaking is officially handed over to capital interests.

A society, where independent water filtering is considered unsafe and therefore illegal, gives birth to a Water Hacker. Convinced that natural resources should remain a universal Human Right, he has built a DIY water filter and publishes instructional online tutorials as well as useful tips for avoiding state-corporate surveillance. Currently considered a tool for developing countries, a water filter becomes a symbol of resistance in a future, where limited access to a vital resource becomes part of our identity.

The filter has been built from mundane gardening materials, refurbished personal belongings, along with several second-hand flea market acquisitions. The filtering mechanism consists of four steps: A slow sand filter, approved by the World Health Organization for developing countries, followed by a silk filter, common in India, where people use sarees to filter rivers' water. A germicidal short-range UV lamp is one of the oldest and safest water sterilization techniques, neutralizing tinniest viruses and bacteria. Finally, raw salts are used to re-mineralize treated water, making it good for your health.

One of my personal challenges for this project was to look for a refined design approach, somewhere at the intersection of speculative design, critical design and open design. I strongly believe that projecting tangible responses to saturated, yet plausible future worlds, can provide deeper understanding into current societal issues and tackle them more effectively. For this reason, the research concludes with a Water Hacker's Manifesto, a proclamation of author-signed, yet publicly accessible DIY templates. With this project, I hope to encourage citizens, fellow designers and artists, to engage into a critical debate regarding the current state of global technological and commercial development.

Both, the DIY tutorial of the filter, as well as the Water hacker's manifesto, are available on Youtube. 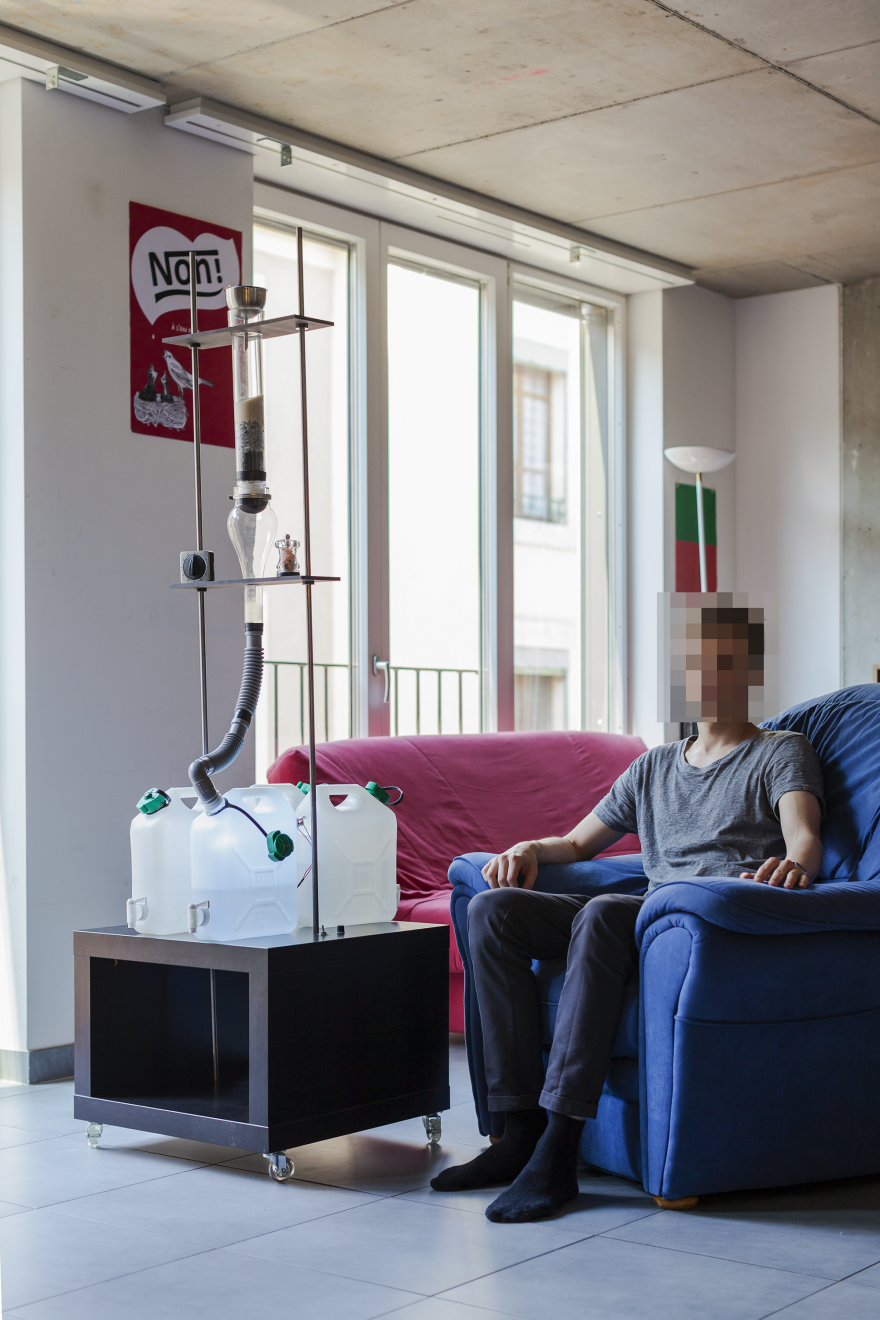 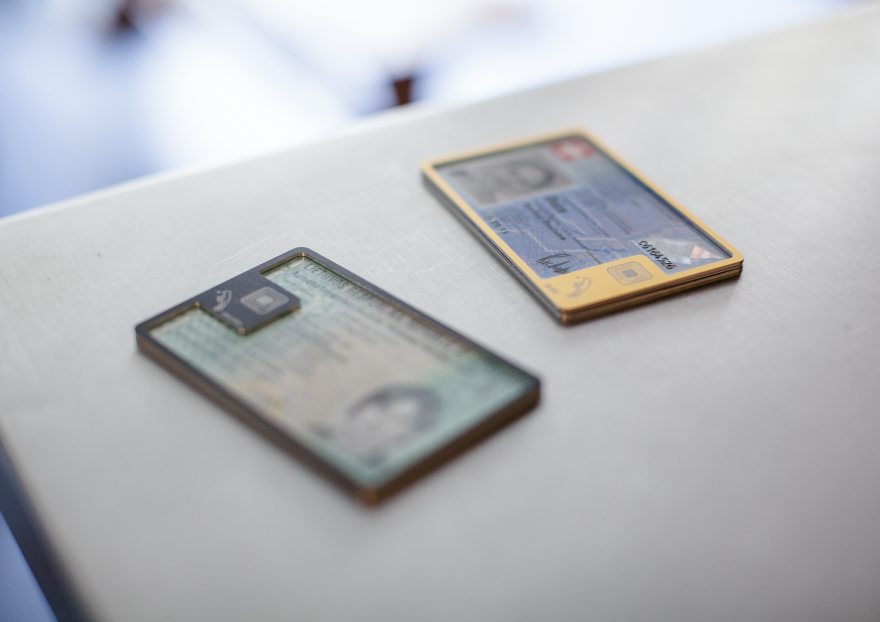 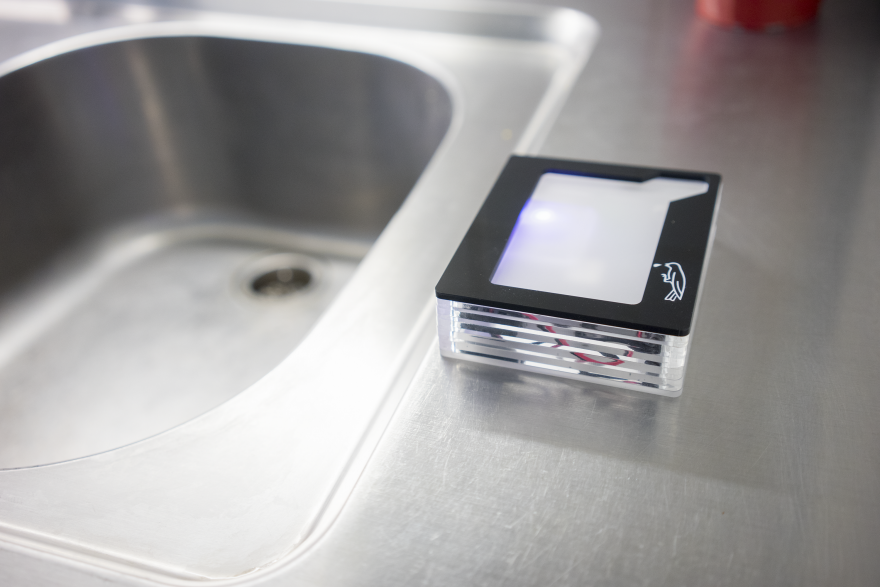 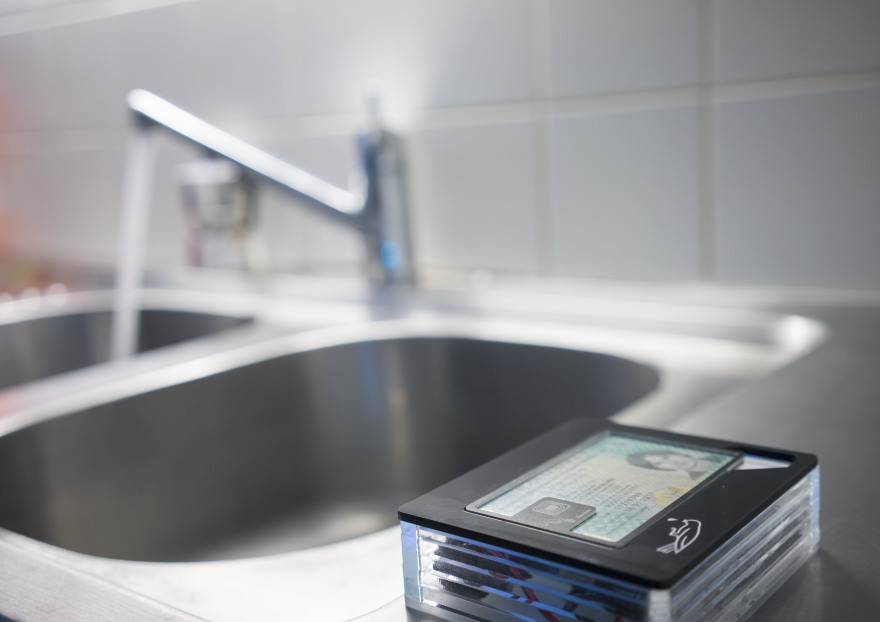 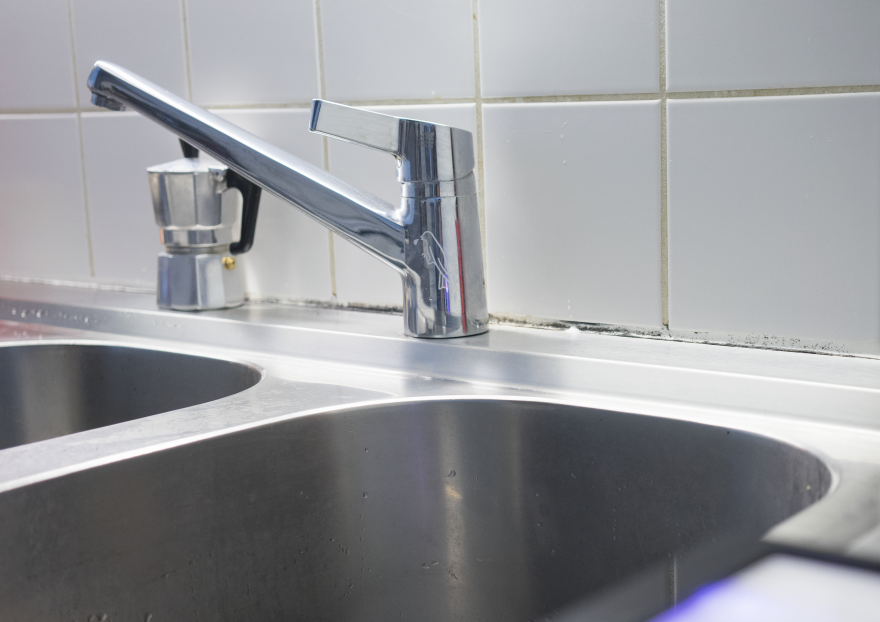 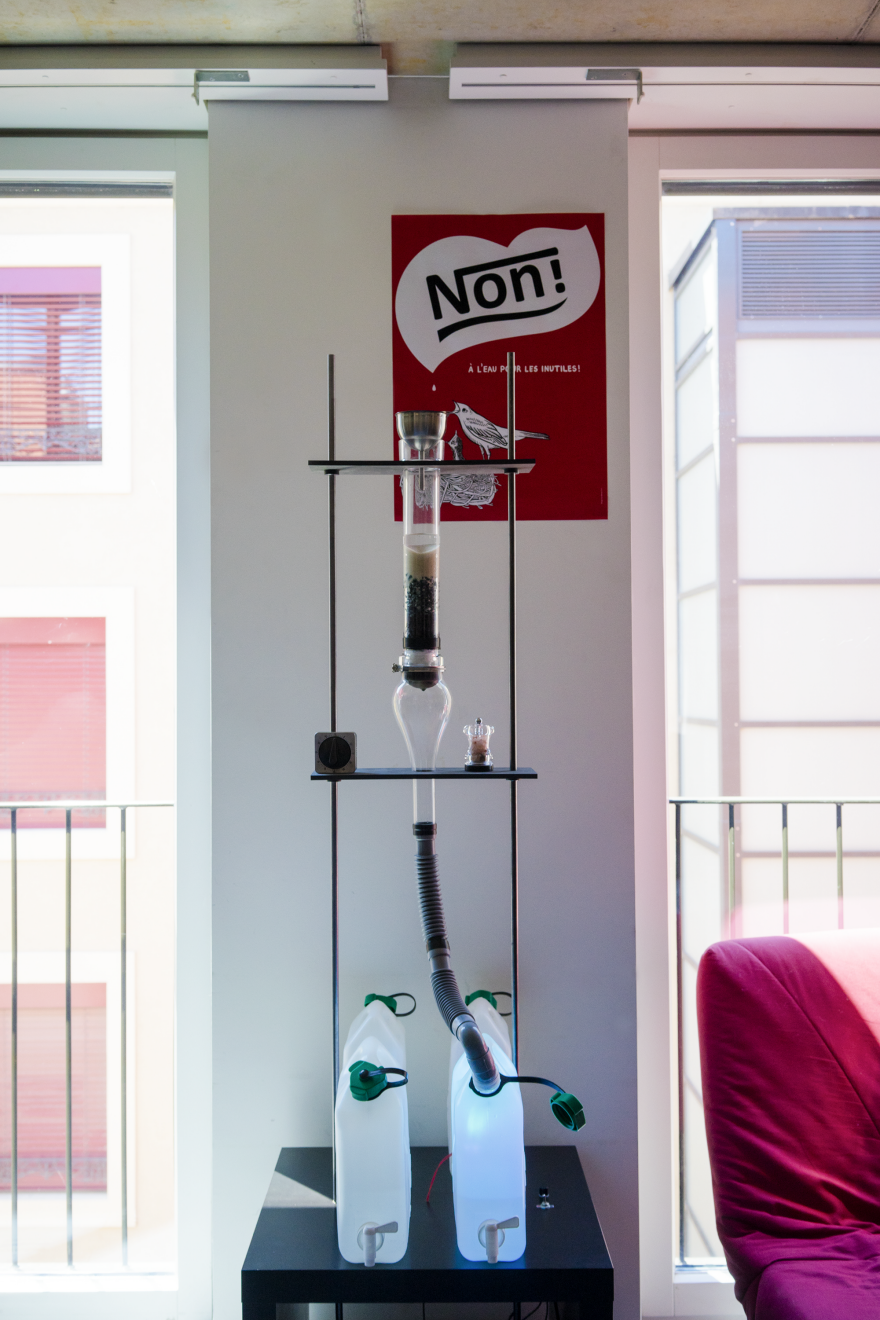 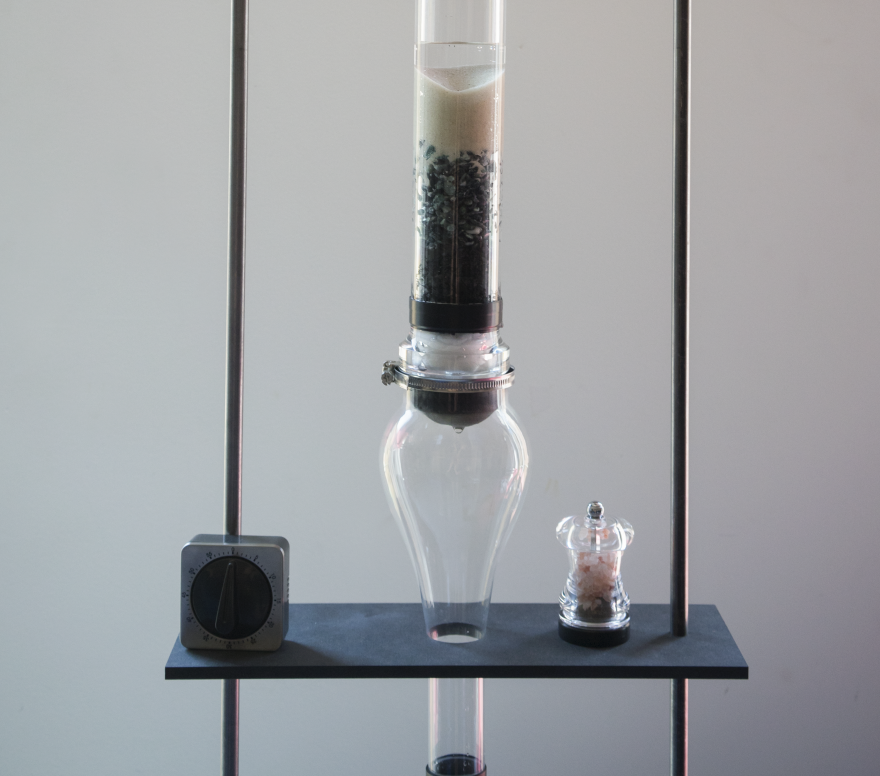 How to Build a Water Filter, is a social initiative, presenting water as a precious natural resource, but above all as a Human Right. By extracting weak signals highlighting the current state of global water distribution, I project a future, where a vital resource becomes the new currency, determining influence of countries and classification of their citizens. However, by combining elements from critical and speculative design, as well as open design and scientific knowledge, I present open-source do-it-yourself culture as a potential alternative.

A DIY water filter becomes an everyday tool, a symbol of citizen anti-surveillance and right to privacy within developed societies, when the growing corporate influence upon governments becomes a global concern. Deriving from my general interest in the changing definitions of nationality and citizenship, this project explores a microcosm where drinking water becomes part of our national identity.

I am generally interested in the concept of corporations gaining more and more stakes over international politics, eventually even taking over certain functions of a state. To me, this already apparent cross-hatch is of high personal ethical controversy. Originally from Lithuania, I have always experienced problems and prejudices, related to my nationality. This has become particularly evident in Switzerland, where Eastern Europe is generally seen as a poor, uneducated region, with its citizens massively immigrating to the West, seeking financial wellbeing. I would often get to answer additional questions at the airports, and my EU ID card would not be sufficient proof of identity. Subsequently, I would occasionally be required to show a visa even though I did not need one.

Based highly on these personal experiences, which I am sure embody many similar scenarios, I am strongly convinced that this ageing model of nationality and citizenship-based judgement will eventually mutate, due to globalisation and contemporary, population-flux-driven economy. I am highly supportive of this need for change. However, worrying signals suggest that the model about to replace this current classification, by far does not manifest any type of equality.

After having researched the geographical influence zones of various major corporations (see p.2-3, additional document), I realized that this was a bite too big for a single research. Tech giants such as Google, and their goals for future island societies, are very ambitious, complex but still experimental. This makes their global influence evident and red-alert, but for now also extremely hard to measure. For this reason, as well as my personal social and geographical context, I have decided to concentrate on more established corporate models, with better documented evidence of their ambitions. I therefore chose Nestlé and their stakes in Switzerland as my main point of focus (p. 4-5, ad.).

My discoveries proved of the graveness of the subject, factual corporate influence over state affairs and eventually even encouraged me to reject using certain mundane products.Without exhaustively revising all my sources of knowledge, I would like to list a few facts.

Nestlé should have presented water as a limited resource for the Swiss pavillon during the 2015 Universal Expo in Milan, by giving away a limited amount of free water bottles to visitors. After several complaints from non governmental organisations and individual activists concerned with Nestlé's policies interfering with human rights, it was decided to replace bottled water with paper cups, which visitors could fill with local tap water. However, another precious and controversially acquired resource - coffee, was still promoted by Nestlé-run Nespresso, as the company had invested over 2 million in the Swiss exhibition. Nestlé's yearly marketing department's budget is bigger than the entire year's budget of the World Health Organisation. The second fact is the annual Nestlé-held Rive-Reine conference, taking place in a small town next to Léman lake in Switzerland. It has been quietly running for over 15 years, whilst the press got to know about it only a few years ago. In this conference, major stakeholders, including multinational corporate representatives, key politics, as well as leaders of the Catholic and Protestant churches, gather to decide the financial and structural faith of our future world behind closed doors.

Independent activists describe Switzerland as Nestlé's stronghold, where in several cases attempts to bring the company to justice, for its shadow water politics in countries like Mexico, have failed due to company's local political influence. Finally, the most shocking discovery I came across was the inaccessibility of information. My university was using a public WiFi network, issued by local authorities, at the time when I was working on this project. Several important anti-Nestlé websites, criticising company's activities on global scale, appeared blacklisted and therefore blocked,by the web service provider. I had to use foreign proxies to bypass local filters. These are but a few of the facts that informed my project.

After having accumulated a solid research foundation, I have used my own research-to-design methodology (p.8, a.d.) for converting weak signals into a tangible future scenario. The process involves projecting a future society from a first person's perspective, tailored through saturated touch-points that emerge from the current world. My persona calls himself a Water Hacker. He is a middle-class man who lives in future's Switzerland, where national water supply is provided by a big corporation, in accordance with the state. All ID cards, no mater if Swiss of foreign, have special corporate extensions, determining monthly water allowance as well as other citizen benefits. My personage can afford as much of the state water as he wants. However, because of his personal position of considering water as a universal Human Right, he gets into making DIY water filtering solutions and sharing them with others.

The scenario embodies a form of a letter, sent from my persona to a friend living in California, where drought has eventually forced most of the population to move. The letter also subtly mentions the growing influence of tech companies in the West Coast, among other events. This type of methodology allows me to create rich and sense-making future scenarios, as well as subtly translate my own, personal position regarding the subject. Facts and fiction interplay within the narrative. The scenarios almost never appear as final project outputs in their original form. Instead, they play the key role in describing tangible artefacts, that would become physical manifestations of my concepts. For example, the water filter, along with extended ID cards, were first described in the scenario letter, and only then became physical reality.

The material research phase consisted of looking for aesthetically interesting, water-oriented mundane objects and their parts, while going through forgotten things in my basement, flea markets, gardening stores. The filtering bits have been chosen in accordance with some valuable insights from fellow bio hackers and engineers. After having acquired an assortiment of daily objects, I sketched multiple ways of assemblage, in order to find the best compromise between efficiency and the aesthetic form for my DIY solution.

The final stage was the DIY video tutorial. I have created actual corporate ID card extensions, as well as an interactive card reader, and subtly tailored them into my tutorial. While at first sight the video seems to be a regular Youtube instruction for building yourself a DIY gadget, gradually it becomes evident that the person speaking is hiding his face from the camera, and his voice is pitched. Furthermore, his ID card looks different, and he uses it to access public water supply. Step by step it is revealed that the tutorial comes from a strange and worrying future world.

My work concludes with a Water Hacker's Manifesto (p.28-29, a.d.), a proclamation of author-signed, yet publicly accessible DIY templates. Differently to other means for citizen anti-surveillance and privacy, such as hacking, that generally require a specific set of skills, my idea spreads through accessible Do-It-Yourself online tutorials, so that everyday people could build themselves functional gadgets of aesthetical value.

The DIY tutorial of the filter, as well as the Water hacker's manifesto, are available on Youtube.

Really strong and engaging narrative through the use of humor. It is contextually specific--we got the sense of the person and the use and it challenges the vision of the connected home.