The number of technologies used by authorities during protests are growing year after year.

Mass surveillance has become ubiquitous, personal devices are being used as weapons against their owners, the hyper-militarization of law enforcement is widespread and the use of long range acoustic devices, active denial systems and stingrays have become commonplace as governments attempt to suppress dissent and monitor their citizens.

How can the global community retain the right to free speech and public assembly in a safe and effective manner? How can we level the technological playing field for activists and the general population? In protests of the future, how will the underground fight back?

Could we develop open source devices to help activists communicate during a network blackout or to aid protesters to avoid conflict with the authorities?

As designers, we find this to be a very compelling challenge. We are interested in the technologies that could help to start this conversation.

Backslash is a series of functional devices designed for protests and riots of the future. Created through the lens of critical design, Backslash aims to retain the right to connect in protest sites through disruptive innovation and the creative appropriation of existing technologies. The devices range from a smart bandana for embedding hidden messages to personal blackbox devices that can backup your photos in case your phone is broken or confiscated.

Political, social and technological conditions vary immensely from country to country. Not every protest is like Hong Kong where the average protester has 3 personal devices connected to the internet. A one size fits all solution to these dynamic situations is impractical. This really highlights the significance of community driven design and the importance of inciting this discourse with the open source community. The creative and resourceful minds at local hackerspaces and fab labs are much more capable of engineering innovative solutions that best fit the needs of their immediate community. 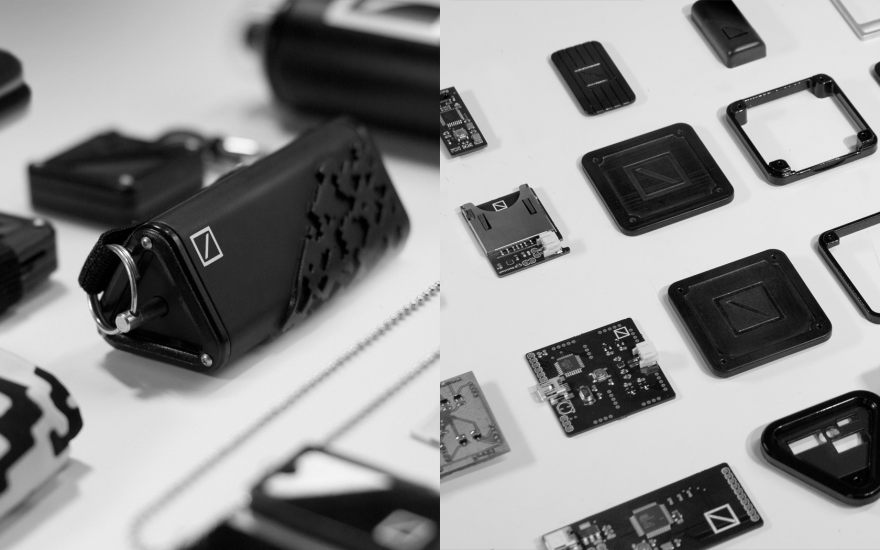 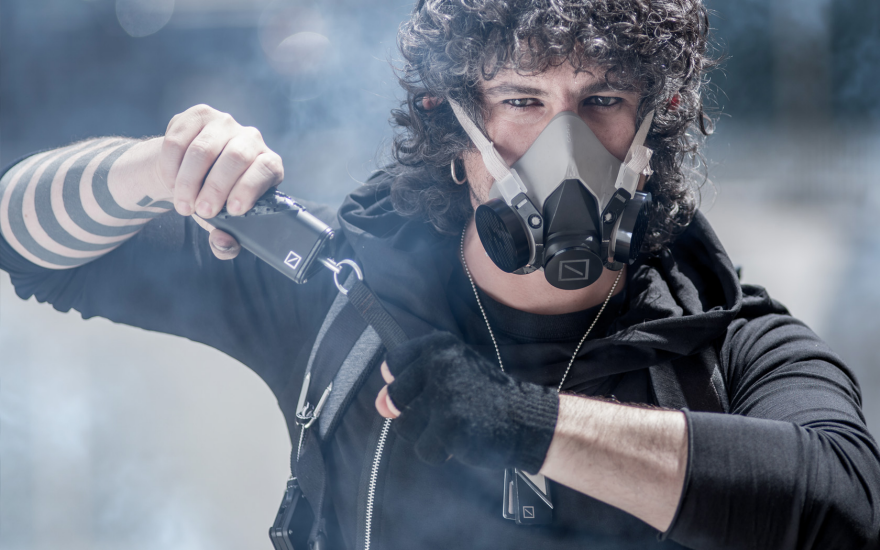 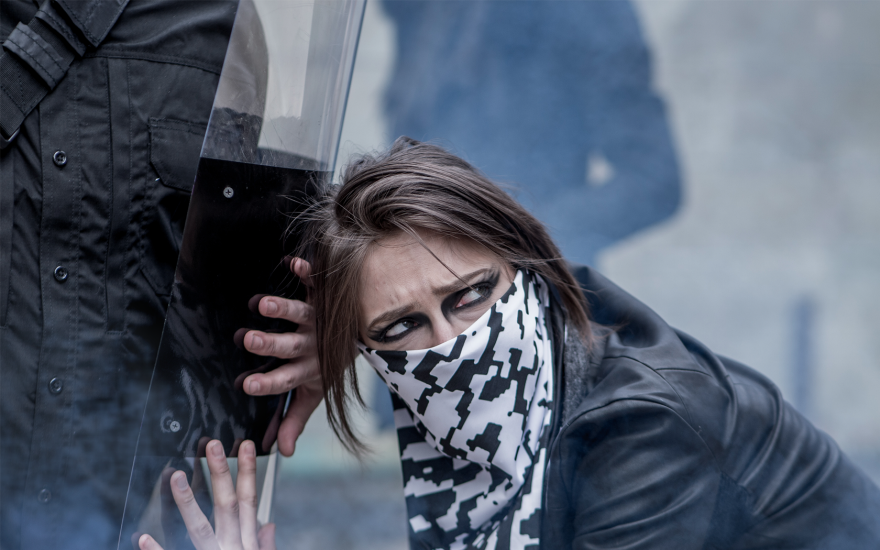 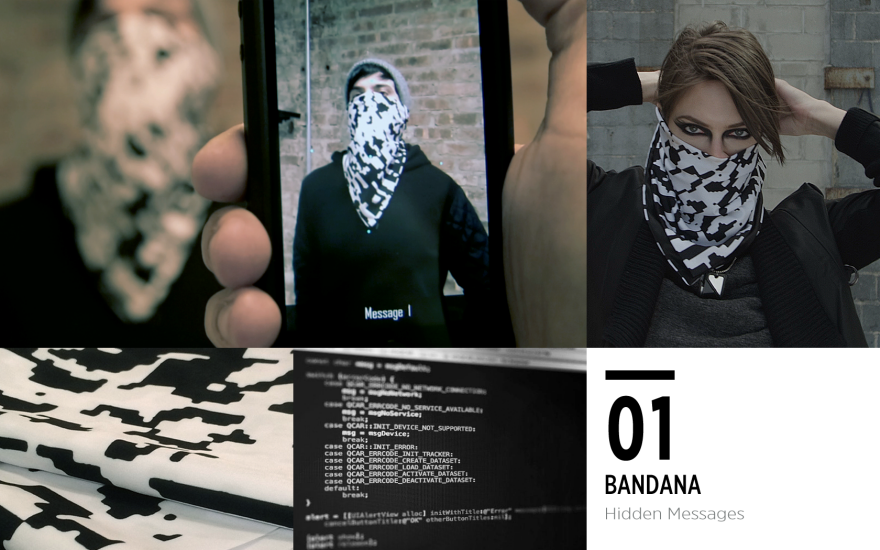 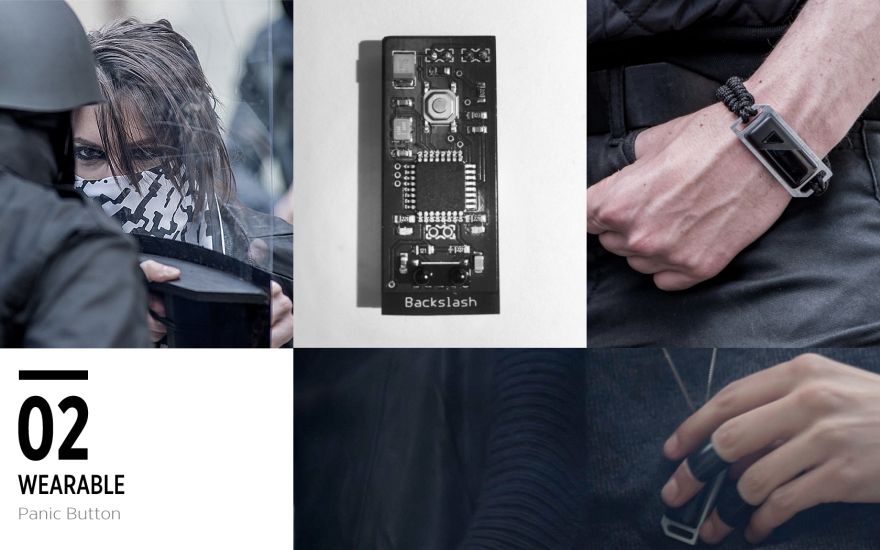 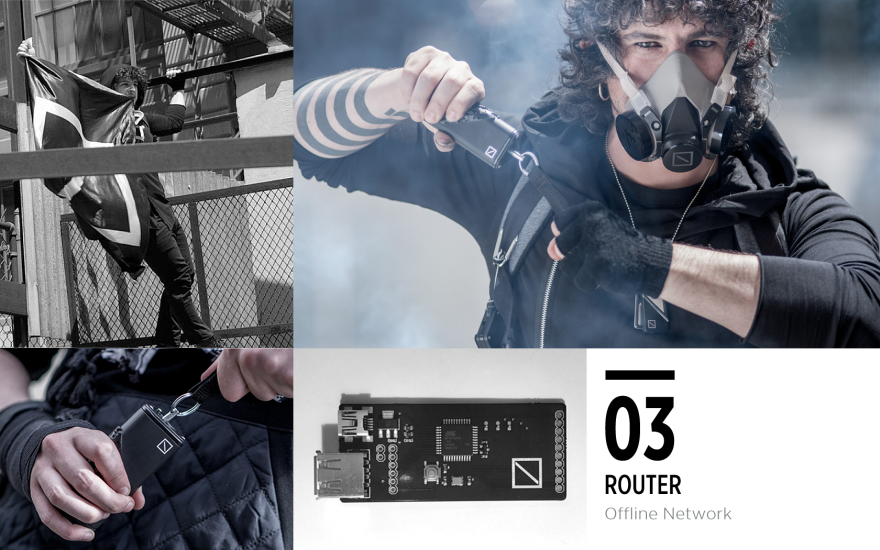 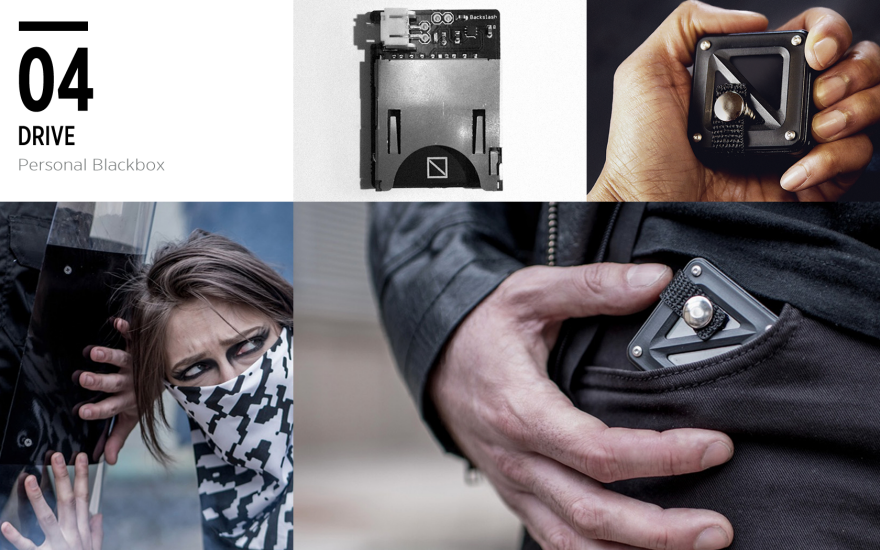 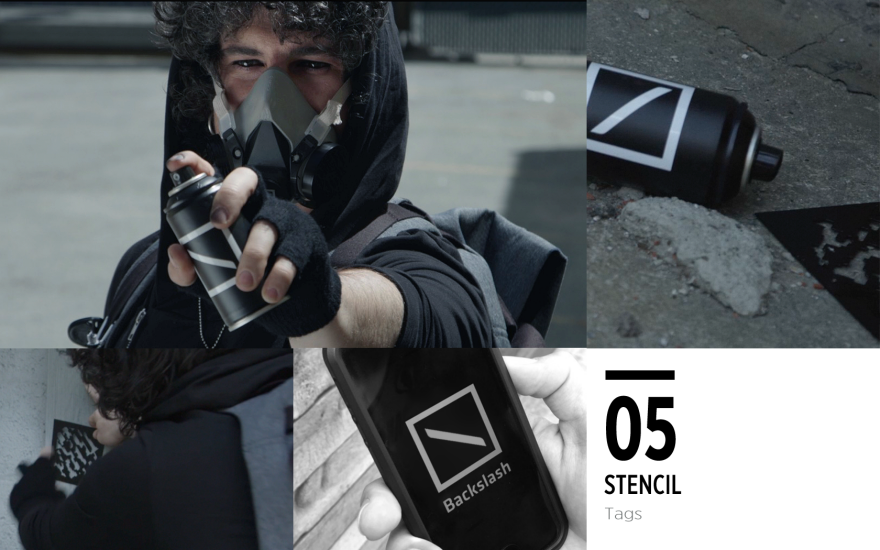 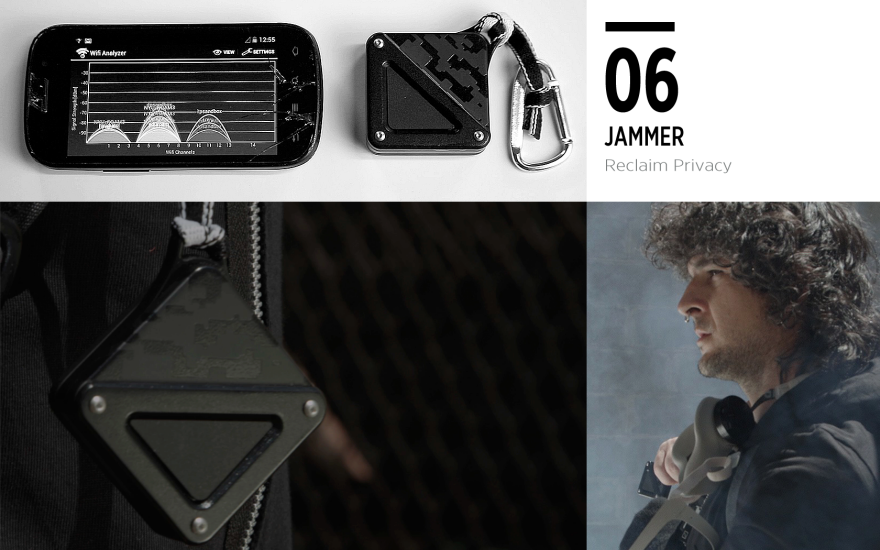 At it's core, Backslash is about creating a space to explore and research the relationship between protests and technology, cultivating dialogue about freedom of expression, riots and disruptive technology.

Community driven design is an important key. We believe that creative minds at local hacker-spaces and fab-labs are uniquely qualified to engineer innovative solutions that best fit the needs of their own community.

Backslash dissects present techno-political parameters and uses guerrilla tactics to encourage the creative appropriation of existing technologies and the use of unconventional means to achieve the needs of the community.

The maker movement is growing steadily around the world. As different technologies become more accessible around the globe, more people are hacking and learning how to reinvent and take charge of their technological futures.

The Backslash kit is a collection of fully functional devices designed and built to facilitate safe and effective communication in areas of conflict through the use of existing and accessible technology in novel and unconventional ways.

Scenario: Today, young Iranian activists still face life time prison sentences for talking to Western journalists during protests following Iran's 2009 elections. Maybe in the future, with a custom app, they would be able to send a message to others inside the protest, or perhaps through a photo to a journalist at the New York Times.

This smart bandana is developed using a computer-generated pattern inspired by the traditional kaffiyeh, an important symbol of activism. With this bandana, protesters are able to preserve their identity while embedding hidden messages in it. Unlike QR codes, messages are not stored in the pattern itself. The pattern provides an extra layer of authentication, a tracker, a way to unlock the message. Different messages can be unlocked depending on the way you fold the bandana.

Scenario: A common practice used by Police is called bottlenecking where they block off certain streets and force the flow of protesters to a point of conflict. In these restricted areas, protesters are beaten and arrested.

This network-independent wearable device can notify others blocks before entering a certain area if it's under conflict. When a person presses their panic button, other devices that comes within 10 to 15 block radius will vibrate and blink to let people know they are entering an unsafe area so they are able to find a safer route. This connected wearable works independently, with no need for a paired cellphone, making it ideal for third world countries where number of smartphones are still low.

Scenario: Local off line networks are not new to protests. They are a great way to set up channels of communication during network blackouts. We've seen mesh networks in many colors and flavors used in past protests, Firechat being the most recent and notable.

The Backslash router is one that is tailor made for fast deployment in emergency situations. With the quick pull of a strap, someone can launch a node for an offline network, which can allow localized communication even during internet and cellular network blackouts. Additionally, when the router is used in combination with the Backslash network of wearables, protesters have the ability to plot areas of conflict accurately on a map.

Scenario: In modern protests, the majority of photos and videos are user generated, sourced from protesters who consider themselves a new independent media. They show us brutal acts of law enforcement and document historical events from the inside. The power of these images is a threat, which leads to cameras being confiscated or broken.

This wifi enabled storage device allows you and others around to upload photos and videos anonymously, without metadata, to a personal cloud. Your personal blackbox for protests keeps a backup of the vital data so that abuses can be documented even if something happens to your phone or camera.

Scenario: Warchalking was an activity initiated in 2002, which involved marking down wifi hotspots in public spaces.

Inspired by this act, the stencils were created. Expanding on the CV technology used for the bandana, the stencils are used to mark notable activities in urban environments. The tags are read by an app, warning people to turn off their wifi and bluetooth and advertising the fact that the area is under surveillance or a possible use of Stingray.

Scenario: Smartphone owners have become easy targets during protests. The government In Sochi collected information from activists and civilians near protests areas. The information collected through wifi antennas and scanners were later used by the state to track them down. There has also been talks about possible implementations of killswitches that would allow cellphones to be turned off remotely by authorities.

Disclaimer: Jammer was developed and tested in an academic environment for academic purpose.

We liked the critical proposal within an activist context that leverages technology against governing forces.

Detailed and seemed convincing that the designers knew the problem.