Border Crossings attempts to raise awareness and trigger debate on the current phenomenon of illegal migration, with particular focus on Sub-Saharan and Maghrebi migrants and the perilous journeys they face, chasing the elusive European dream. The project wants to play with and paradoxically twist the traditional vision of clandestine immigration provided by media. On one side by exploring the migrant's point of view, looking at the journey to Europe and its many ordeals through the potentialities of crafty ad-hoc design solutions. On the other side by exaggerating the public hysteria and fear of the different that fuels wide spread anti-immigration feelings, portraying the migrant as a threat lurking outside the gates of Europe. The result is a series of tainted objects, whose harmless appearance conceals the story of an invisible reality, much closer to us than how we expect. 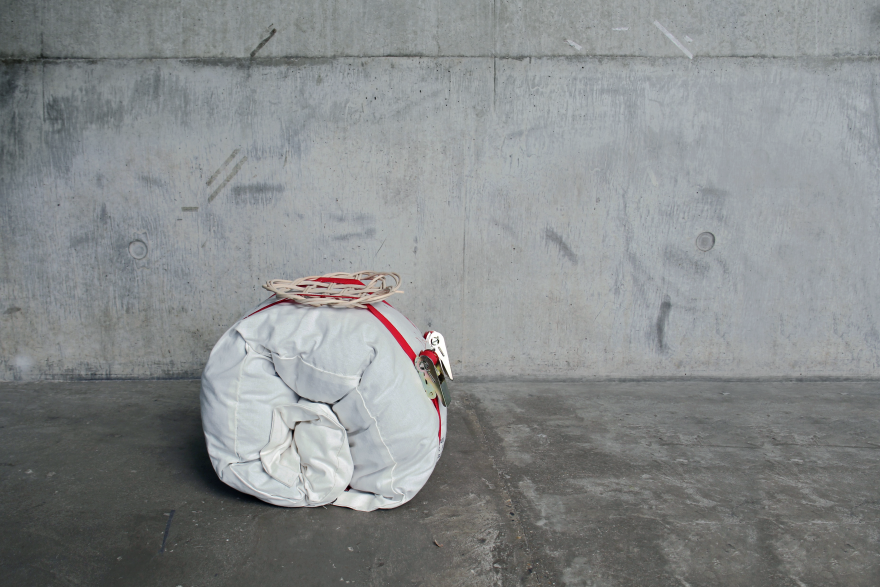 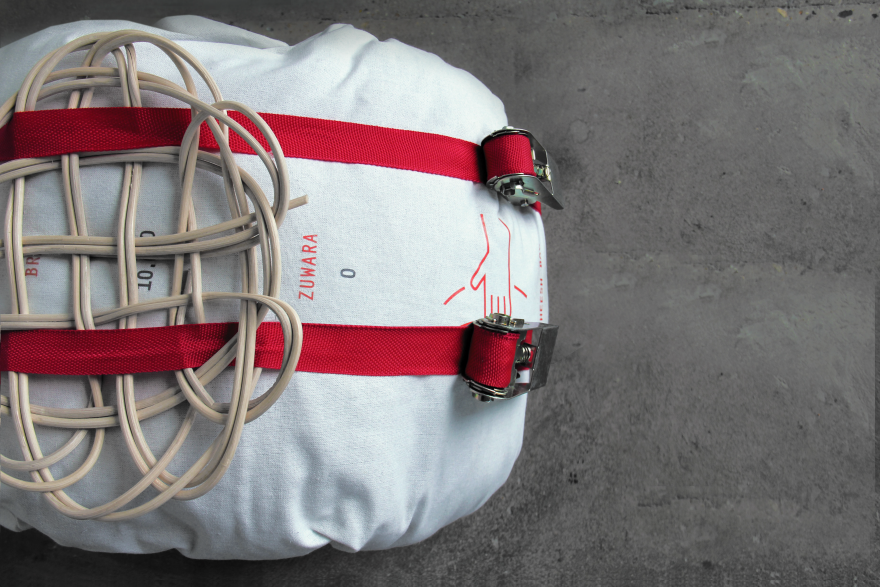 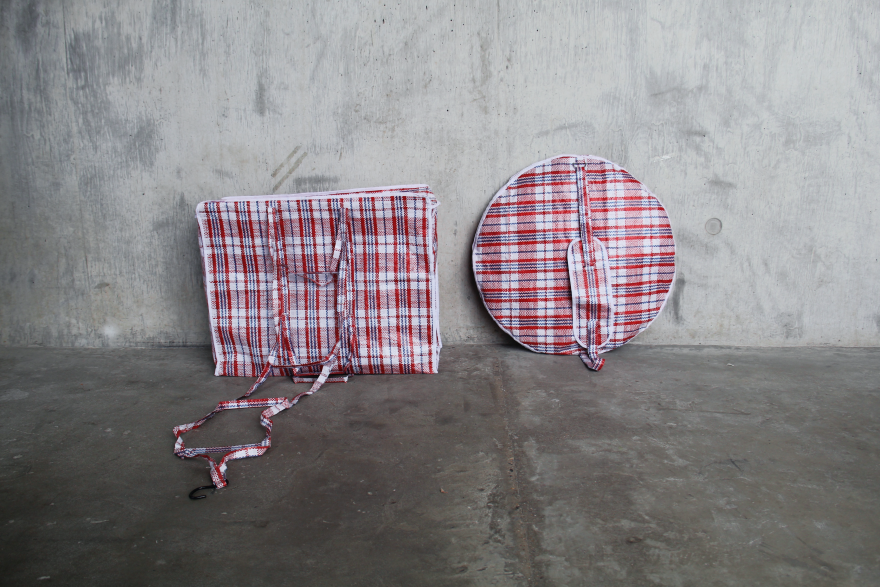 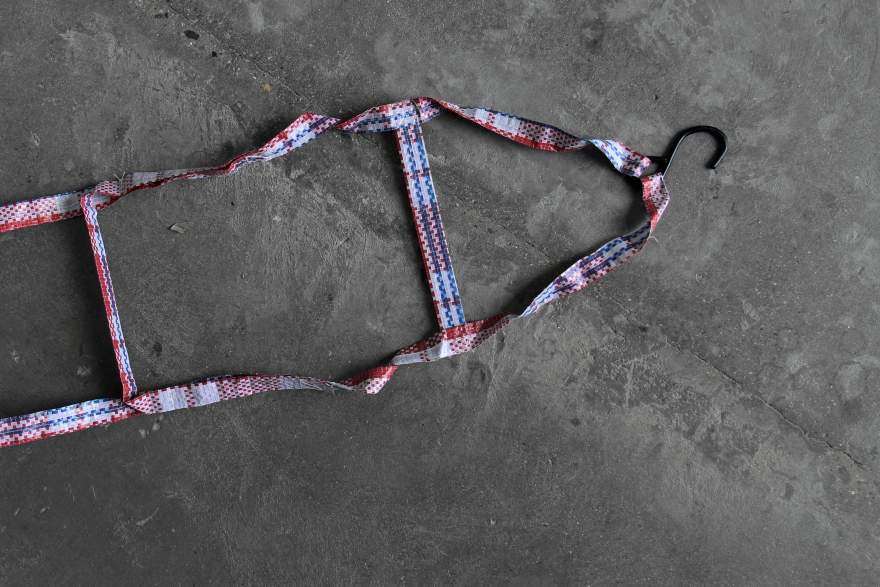 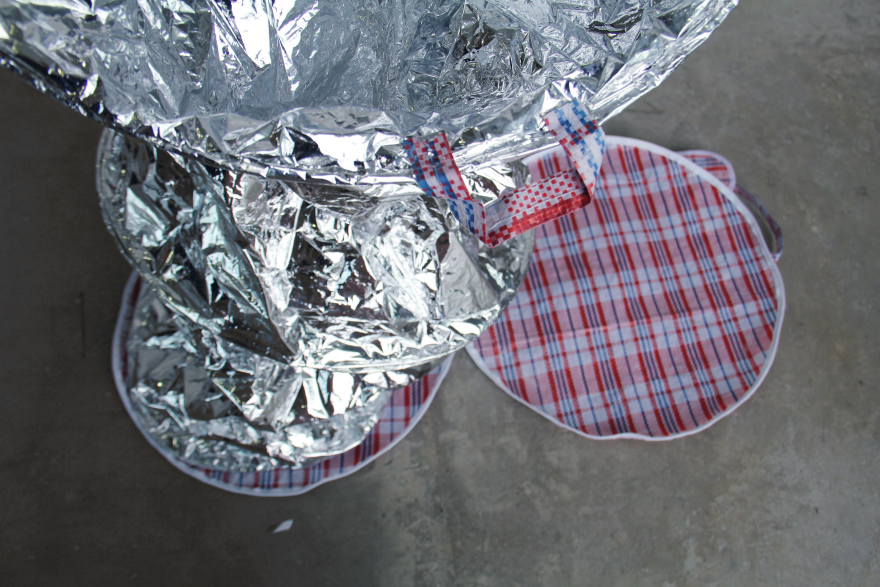 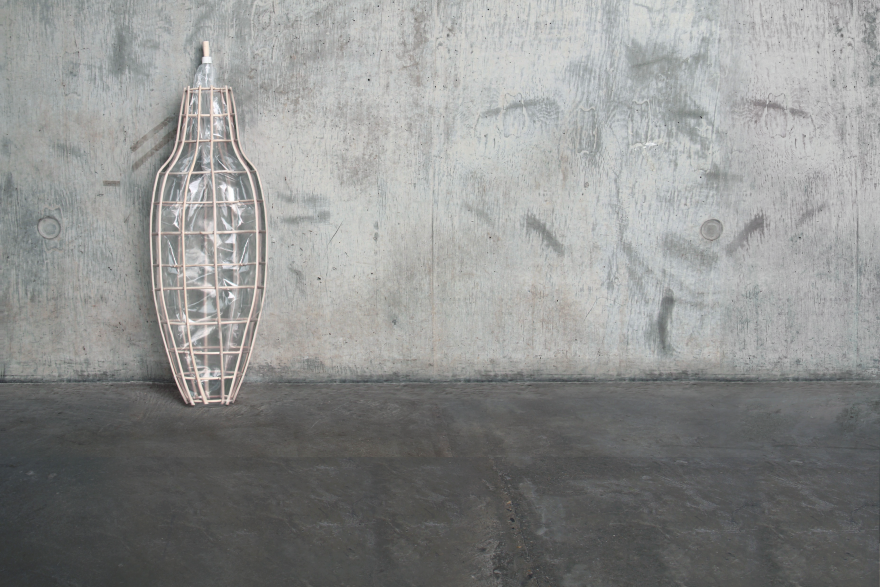 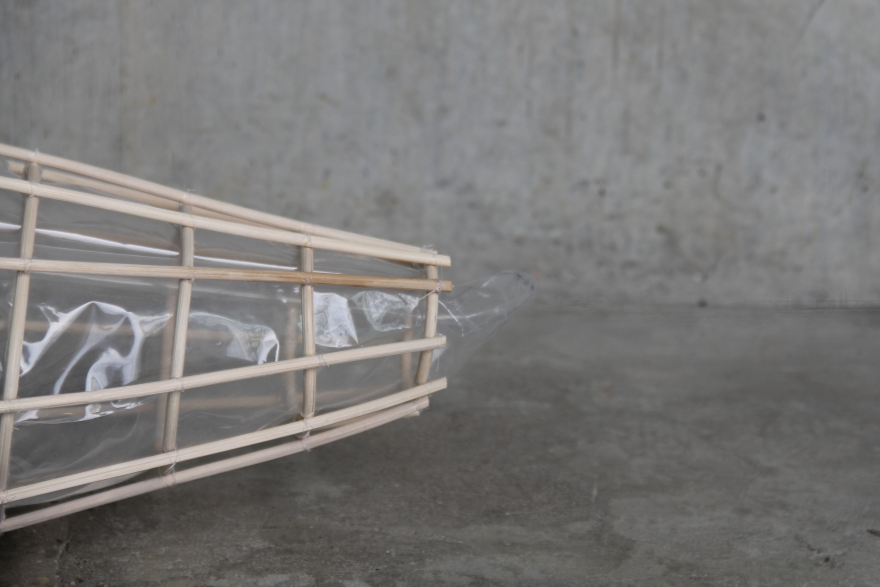 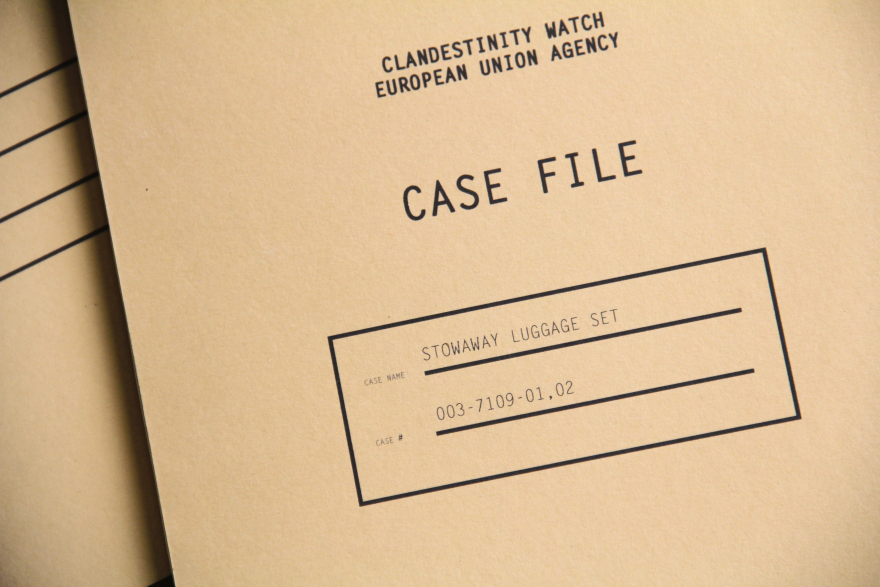 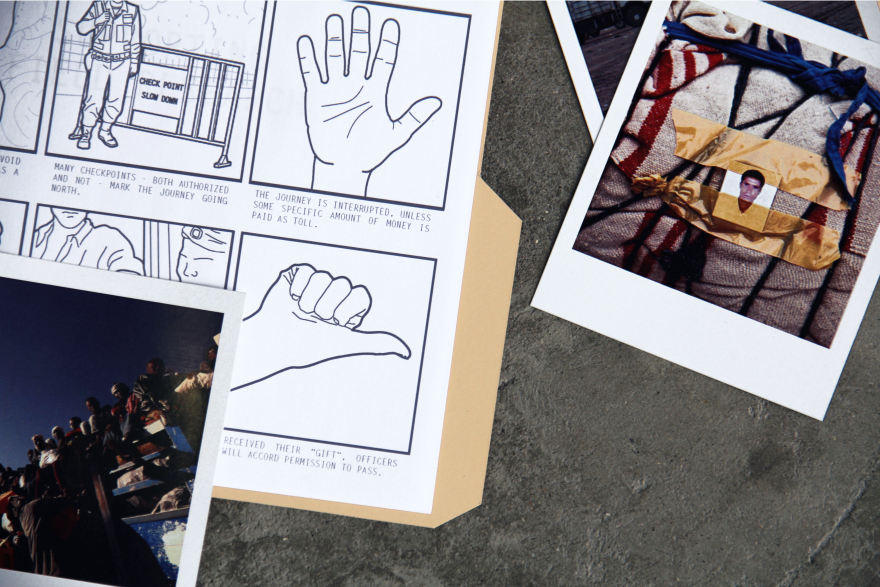 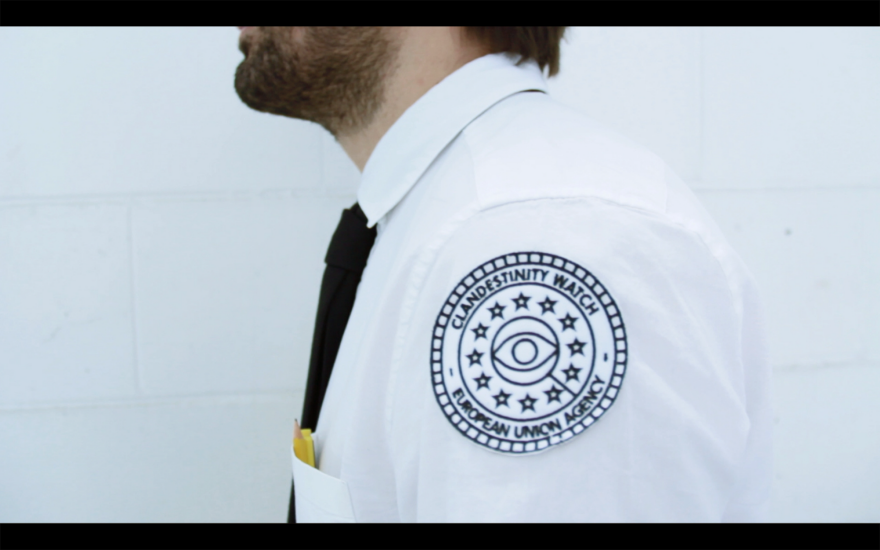 Marta Monge imagines travel tools an illegal migrant could design to cross EU borders asher final Industrial Design Master project at Central Saint Martins, London. She developed a design fiction, a speculation which uses design objects as props to render possible futures, provoking conversation on alternative versions of the reality we live in. As an Italian abroad, Marta Monge explored the issue of illegal migration to Europe, triggered by the opposite approach assumed by media in the two countries she knows best - Italy and the UK.

"I was talking to friends and family at home, checking their Facebook timelines, and all I could see were articles about the new migrant boat that had sunk near Lampedusa, the number of people who had just died, our MP's plea for European action… while in London nobody even seemed to know. Media reported migrants wanted to reach north Europe, Sweden, the UK. But in here it felt like it didn't concern them at all."

With her project she aims to look at the stories behind the nameless crowd printed on newspapers' front page. She describes the uncanny travel of an illegal migrant through the development of a series of objects he could potentially create - relying on the few resources locally available - to cross the border.

The result is a series of atypical travel tools, rendering the ingenuity and craftiness of an illegal traveller. Looking at the map of the leading migrant routes, every object belongs to a different border, being it a natural - the Sahara desert, the Mediterranean sea - or political - the frontier between France and the UK - one.

Border Crossings is a fiction. But the way it mixes up with reality wants to raise a (reasonable) doubt. Based on the principle of counterfactual history, it looks at the events of the last months, the dramatic migrant shipwreck in April 2015, the vain European debate over the need for shared responsibilities. But then, it asks the question "What if things developed differently?". The hypothesis is that, after another clandestine tragedy, the following media exposure strong-armed the European Union into announcing a drastic change. Refugee applications became even more strict, expulsion and deportation were used as common procedures, "clandestinity" was legally classified as crime. Border monitoring was recognised as the most immediate and effective action, together with the foundation of the "Clandestinity Watch". A law enforcement agency aimed at mobilising the fight, both of authorities and private citizens, against the clandestine threat. A brief video gives shape to such reality, simulating a reportage from a local TV exploring one of the agency offices. Cameras get access to the evidence room, where all items - tools designed to facilitate illegal crossings, collected under the investigation "Border Crossings" -are stored.

Most migrants reaching European shores come from Central and Western Africa; therefore, the first frontier they face on their journey is the desert.

The "baksheesh bag" looks at how they cross the Sahara, packed on commercial trucks. Here, the border is replaced by checkpoints, where self-appointed officers ask for a small "gift", a baksheesh, in exchange for permission to travel up north. The bag is obtained from bulk rice sacks joined together; printed on it, is a decreasing amount of CFA (Central African Francs, a local currency) and a series of cities: checkpoints on the route to North African coasts. The sack is filled with personal items to be offered as bribes, when the money runs out. Rolled up and fastened with ratchets, it works as a makeshift seat.

Next step on the migrant route requires to cross the Mediterranean sea, the slim strip of sea separating Libyan coast from Sicilian shores.

Old rusty fishing boats, icons of a dying traditional activity, represent one of the most common clandestine vessels, used by smugglers to organise sea crossings. A popular fishing technique used on such boats required the use of a tool called "nassa", a traditional hand-woven fishing trap. That very object gets a totally different meaning when, adding an inflatable bladder obtained from a clear plastic bag, it is turned into a small floatation device, addressing the lack of life vests on sea journeys.

Despite on European soil, the actual destination for most migrants is in Northern Europe. Avoiding identification, illegals cross the EU, taking advantage of the free movement within the Schengen Area. The city of Calais, 70.000 inhabitants, has become the forced stop for those bound for the UK: migrants try to board on lorries that crowd the ferry terminal.

Large plastic bags, with a distinctive chequered pattern, have been altered to address the obstacles of the British border, creating a stowaway "luggage set".The handles have been extended, assembled into a soft ladder used to climb on lorries.

A series of thermal blankets, distributed by NGOs to migrants squatting in the area, have ben joined together to create a shield against­­ the radiation emitted by thermal imaging cameras, used by border police to render the inside of trucks.

The content regarding immigration was timely and important with global relevance.

The video was a well done and engaging way of narrating the project.