Algorithms are already looking through the viewfinder alongside with you: they adjust settings, scan faces and take a photo when you smile. What if your grin wasn't the only thing they cared about?

Camera Restricta is a speculative design of a new kind of camera. It locates itself via GPS and searches online for photos that have been geotagged nearby. If the camera decides that too many photos have been taken at your location, it retracts the shutter and blocks the viewfinder. You can't take any more pictures here.

The name Camera Restricta is a reference to the Camera Obscura, the first photographic camera. It is a speculation on a possible new generation of cameras where the once obedient tool becomes an authority. This doesn't even have to be a physical camera you decide to buy. The functionality might as well be included in a software update, transforming your smartphone into a camera restricta.

The project is not only a piece about censorship in a policital sense, but also questions our photographic practice. With digital photography displacing film, taking pictures has essentially become free, resulting in an infinite stream of imagery.

Camera Restricta introduces new limitations to prevent an overflow of digital imagery. As a byproduct, these limitations also bring about new sensations like the thrill of being the first or last person to photograph a certain place.

The project was a big success on- and offline, the video went viral. It's a piece to encourage discussion and people actually discussed the questions raised in hundreds of comments. 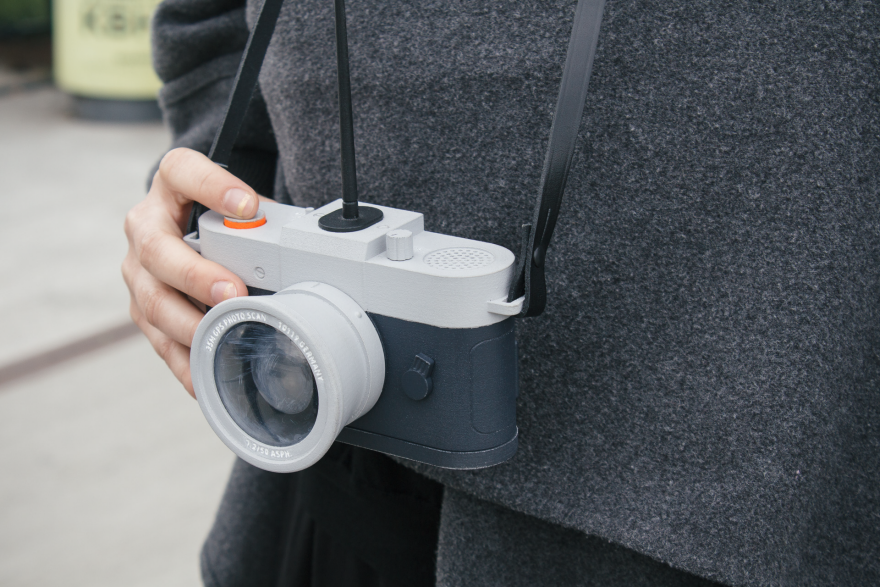 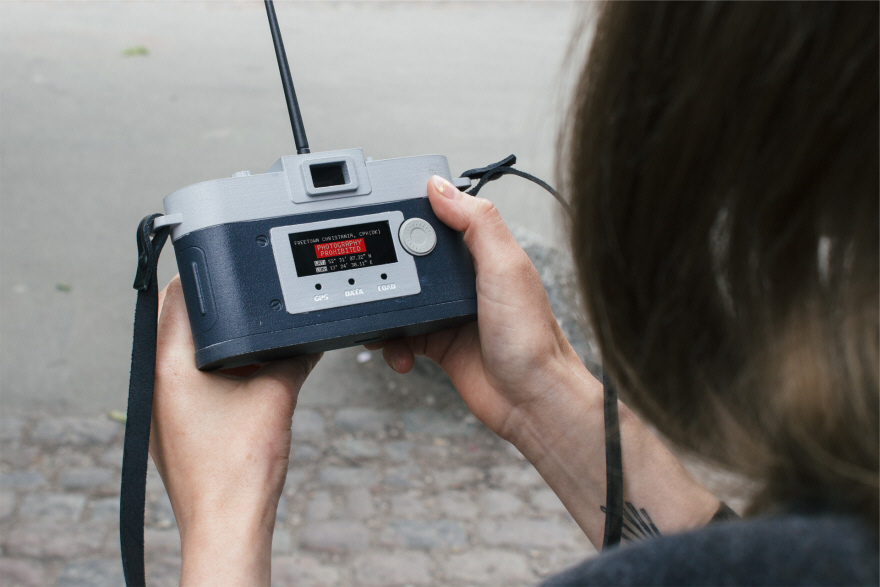 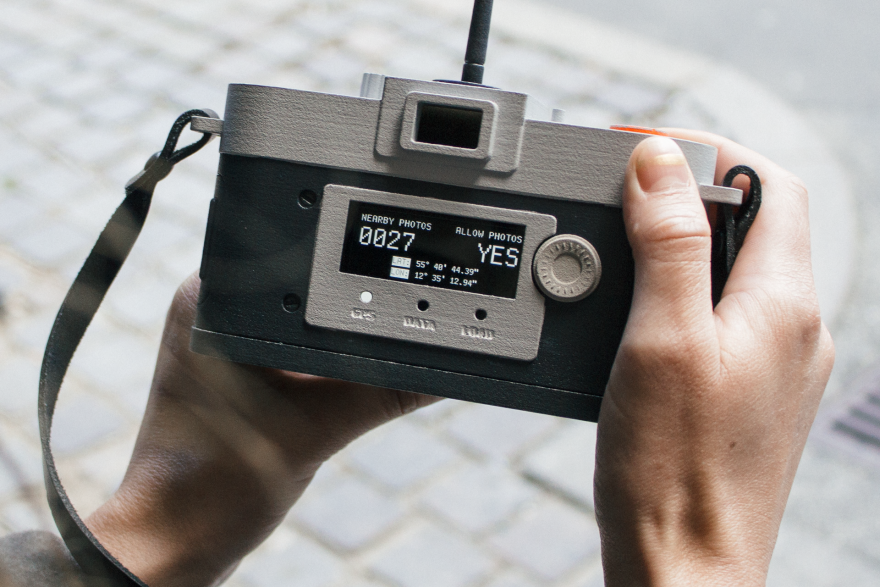 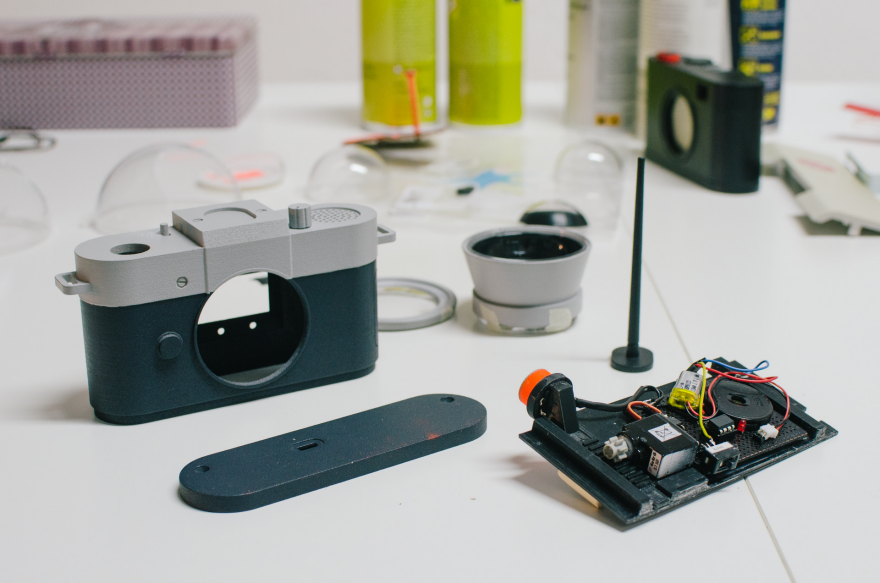 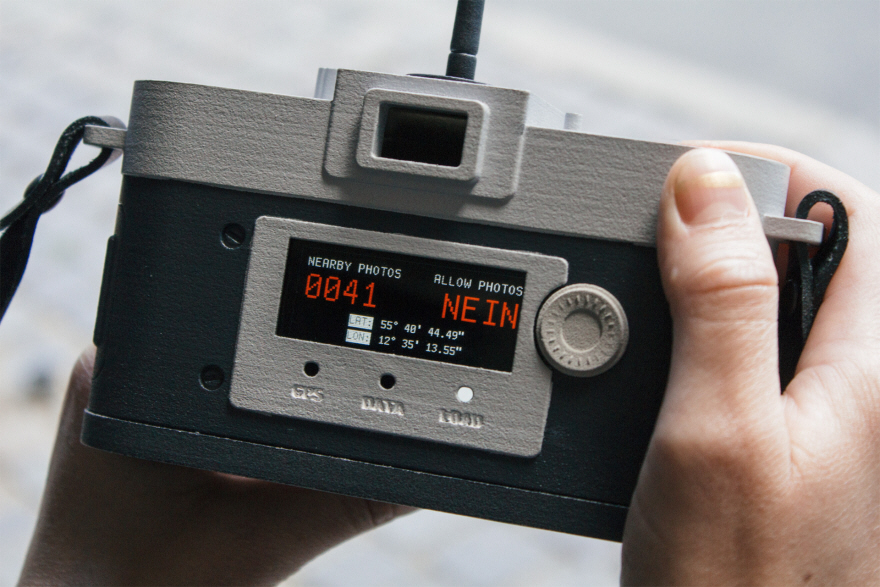 The photographer in the movie is frustrated with people taking the same pictures over and over again. Camera Restricta could be a controversial tech product, promising unique pictures by preventing the user from contributing to the overflow of generic digital imagery.

Of course you can't judge uniqueness of a photo just by counting the geotags nearby. Still, it might be a good indicator for the potential of taking a special photo at a place.

A TOOL FOR CENSORSHIP

The European Parliament recently voted against a controversial proposal that threatened to restrict the photography of copyrighted buildings and sculptures from public places.
The camera could be funded or subsidized by public and private sector institutions with an interest in regulating photography in certain places.

It's censorship that doesn't happen after, but before a picture was taken. Think of it like trying to scan a bank note with your flatbed scanner at home: it doesn't work, software prevents it. Shouldn't this be just a tool?

A NEW SENSE FOR LOCATION-BASED METADATA

The camera scans an area of roughly 35x35 meters around its exact location for geotagged photos. Cities and especially tourist sights are so thoroughly photographed that it often finds dozens or even thousands of photos.

The camera creates a sensing ability for this invisible data by translating it to acoustic feedback that reminds of a geiger counter. But instead of warning against radioactivity each clicking noise represents a photo detected nearby.

The noise alerts of "infested" i.e. frequently photographed places and sometimes reveals photos in surprising locations. Searching for the source, you might discover famous buildings, great scenery or simply something like a fitness center — a place where people go to upload selfies.

THE TECHNOLOGY BEHIND THE PROJECT

The camera prototype consists of a 3D-printed body. It houses electronics to move the shutter as well as a smartphone that handles GPS and data connection, generates the sounds and doubles as the camera screen.

The phone runs a web app that queries a Node.js server I built to query Flickr and Panoramio for the number of pictures nearby. It's open source.

According to that number, the app synthesizes the camera sound in real-time using the Web Audio API. If the number is above a certain threshold, a photo cell mounted in front of the screen picks up a signal and transmits it to the microcontroller which then retracts the shutter.

This was an interesting concept for a topic that is not generally addressed.