AutomaTiles are desktop cellular automata, which means they are a hands on way to engage or play with emergent behavior. Imagine the complexity of stopping a forrest fire even after knowing that they follow relatively simple rules. With AutomaTiles, that forrest fire becomes a game, where fires spread from neighbor to neighbor, trees regrow in more dense areas, and you have to think about, tinker with, and explore the possibilities while playing with a living system. If Legos are great for playing with static systems, AutomaTiles are designed to play with dynamic ones.

Designed to be accessible, open source, and playful, AutomaTiles are also a platform. I like to say they are ticklish (respond to touch), rhythmic (respond to sound, and social (talk to their neighbors). Through an API and Arduino IDE support developed w/ Joshua Sloane, AutomaTiles are able to become agents in any kind of system, from a model of epidemics, to neurons firing in the brain. The tiles also have the ability to gossip, or transmit new rules to each other via their IR transmitters on each side.

While the work draws inspiration from the beauty of watching a murmuration of starlings, birds that emerge stunning patterns from simple rules, or the shocking complexity of Conway's Game of Life, they speak to a deeper wish to make systems thinking a playful endeavor. A former MIT researcher from Jay Forrester's group, Donella Meadows, wrote about both the great beauty of systems as well as the terrible effects known as unintended consequences. She talks of war, hunger, poverty and a number of other systemic problems, and suggests that these are systems problems that require systems thinkers to solve. My hope with AutomaTiles is to artistically and playfully engage the general public in a subtle but solid dialogue around each component of a system affecting each other and sometimes, just sometimes, emerging properties greater than the sum of its parts. 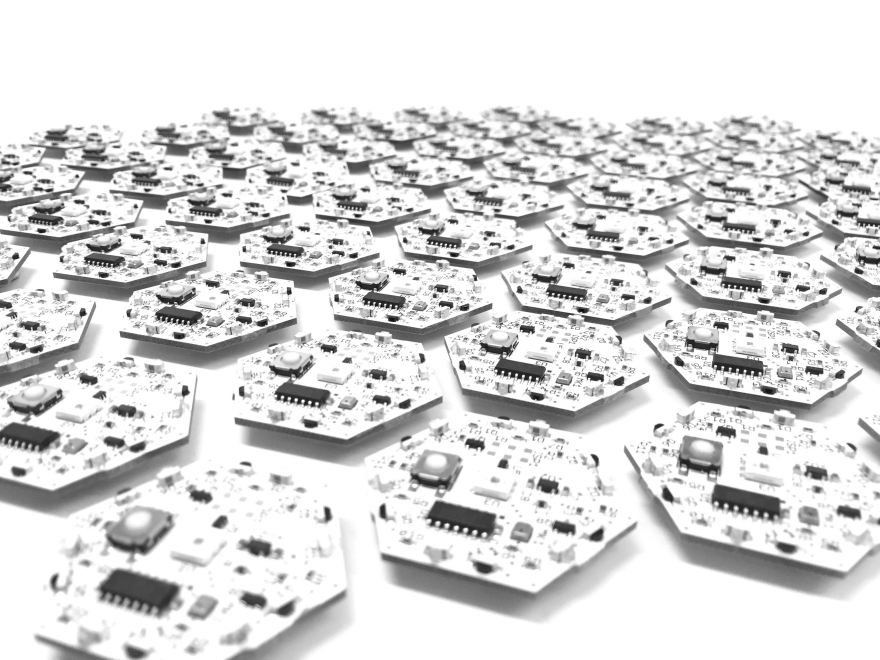 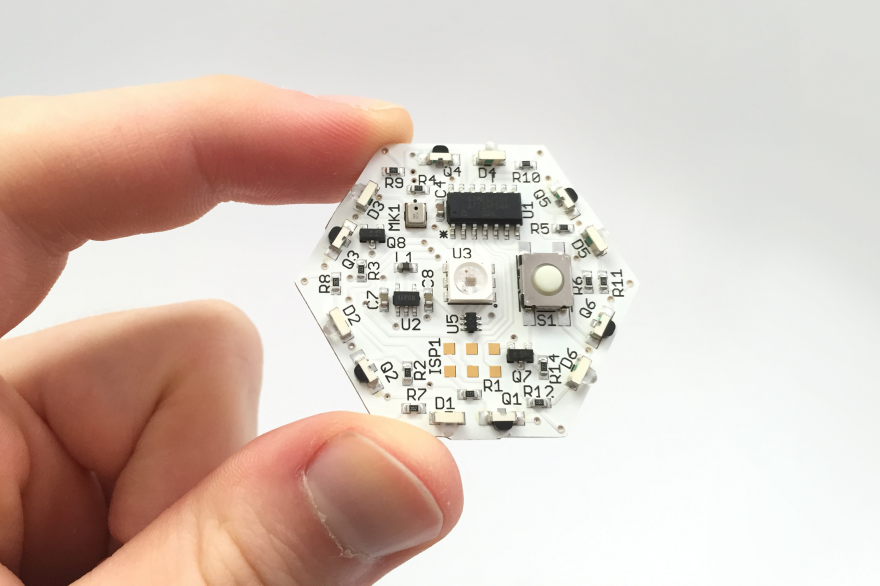 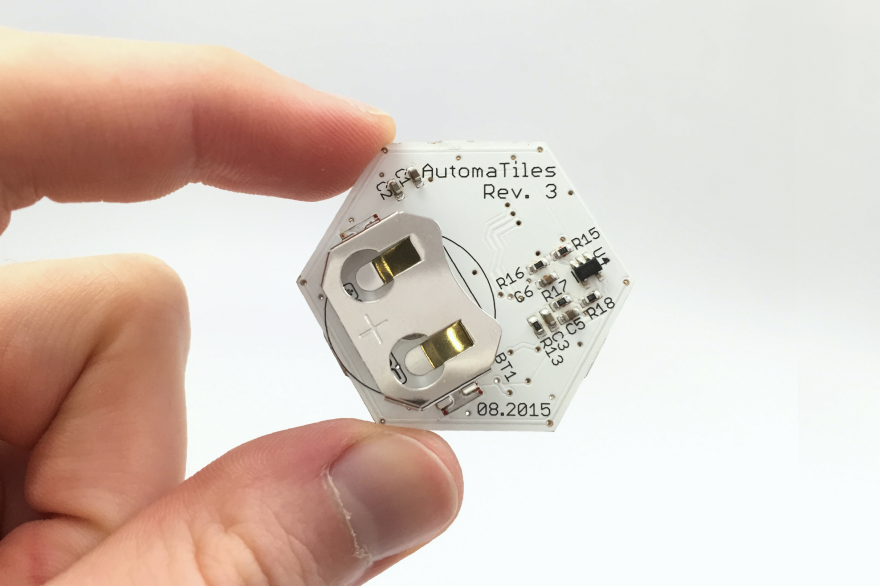 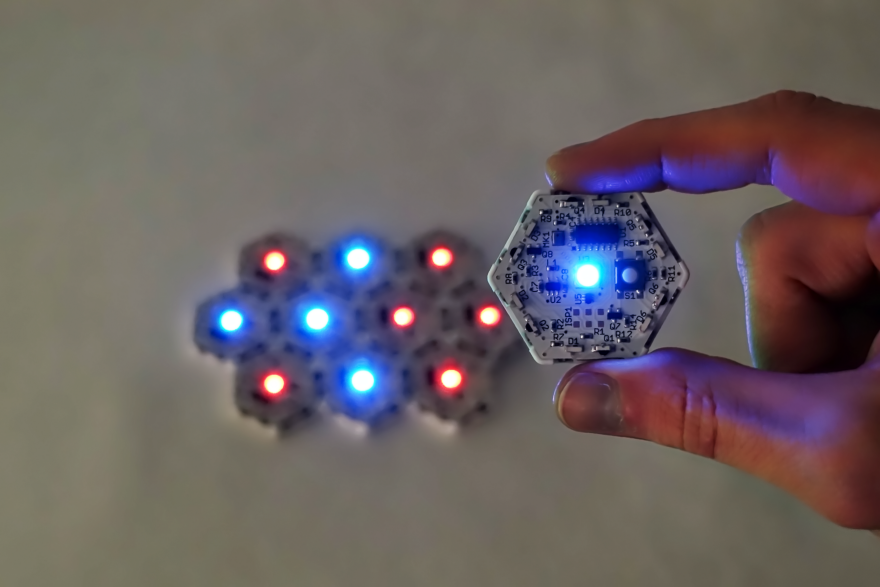 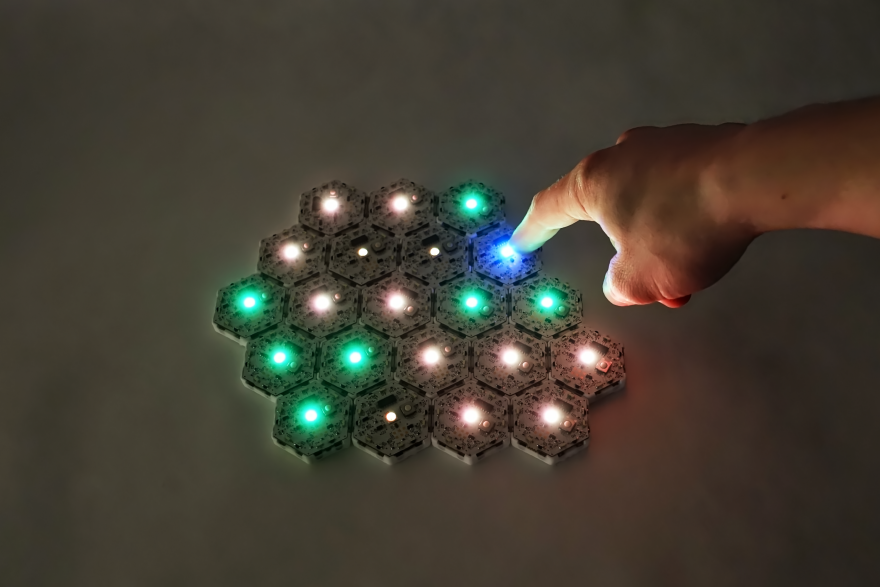 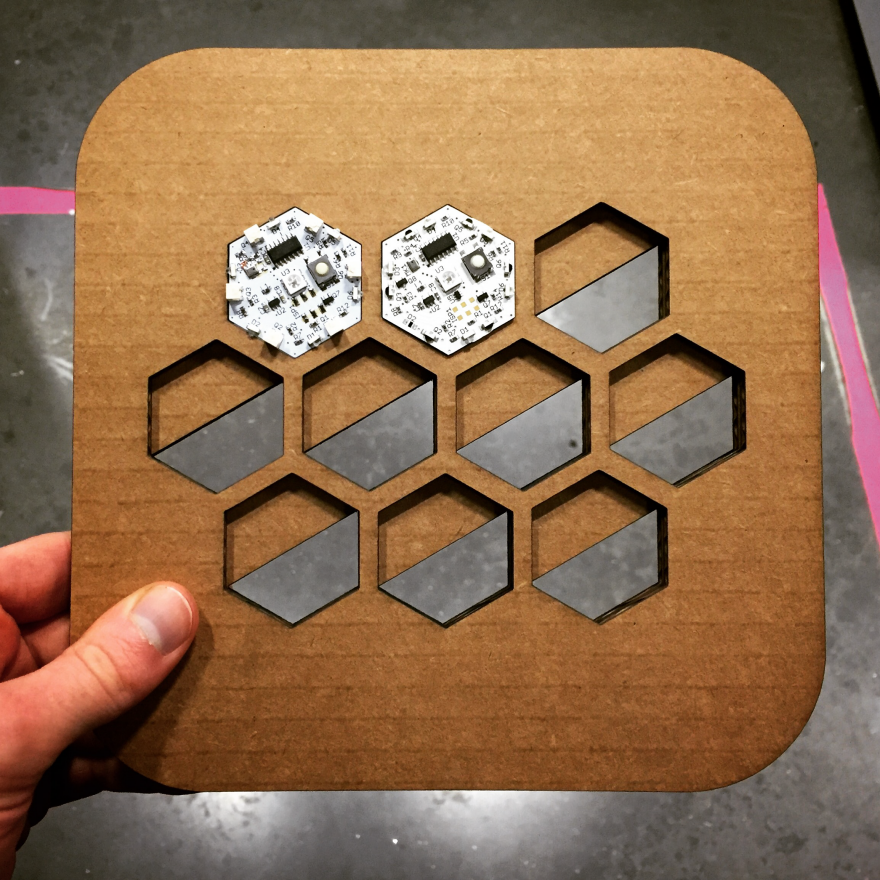 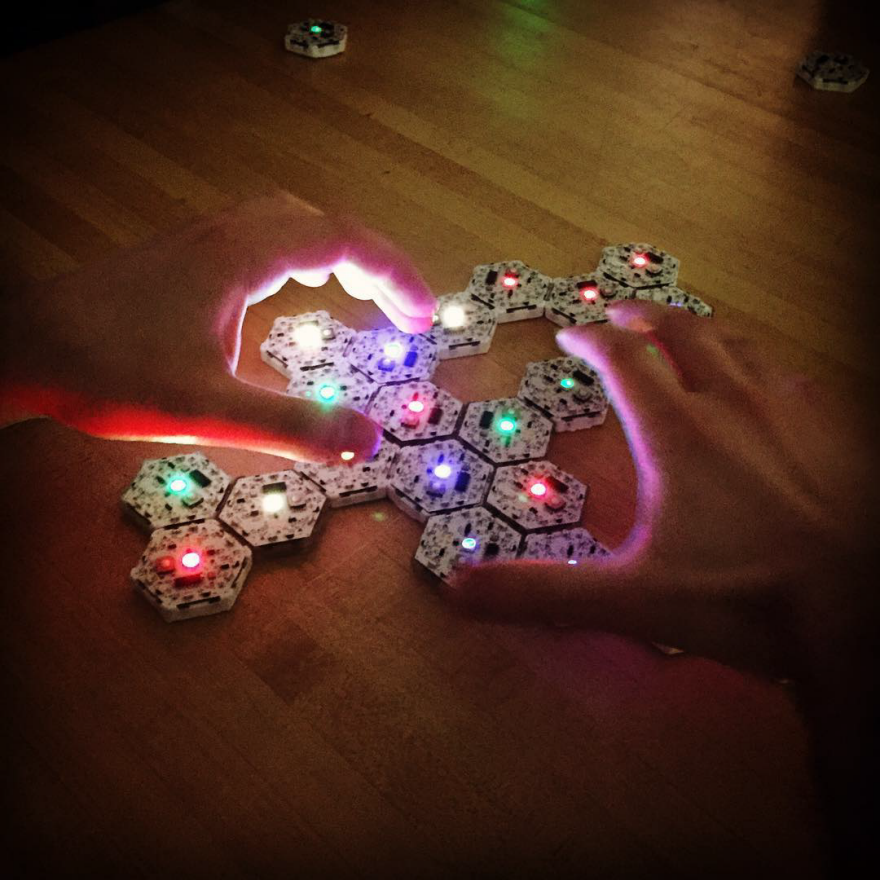 Details are specified in the attached PDF and on AutomaTiles.com

This was a fascinating design solution and we all really appreciated the desire to take complexity theory and try and make it tangible.