Inspired by the mesmerizing motion of grass in the wind as well as the issue of light pollution, Bloomlight is a lantern that responds to the passersby like an organic creature. The dark lanterns curiously bend toward approaching the passerby and unfurl a bloom of soft light, much like a curious organism might.

The passerby can experience a rare sensation of being seen and responded to by a friendly-seeming machine whilst they are comforted by the bloom’s warm glow. As they walk away, the Bloomlight gradually returns to its upright resting position, closes its bloom, and dims its light once more. 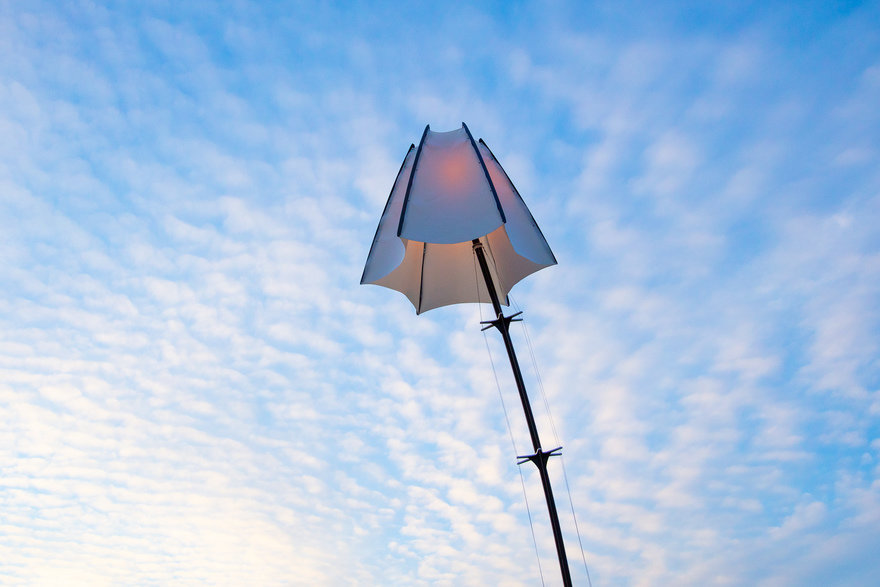 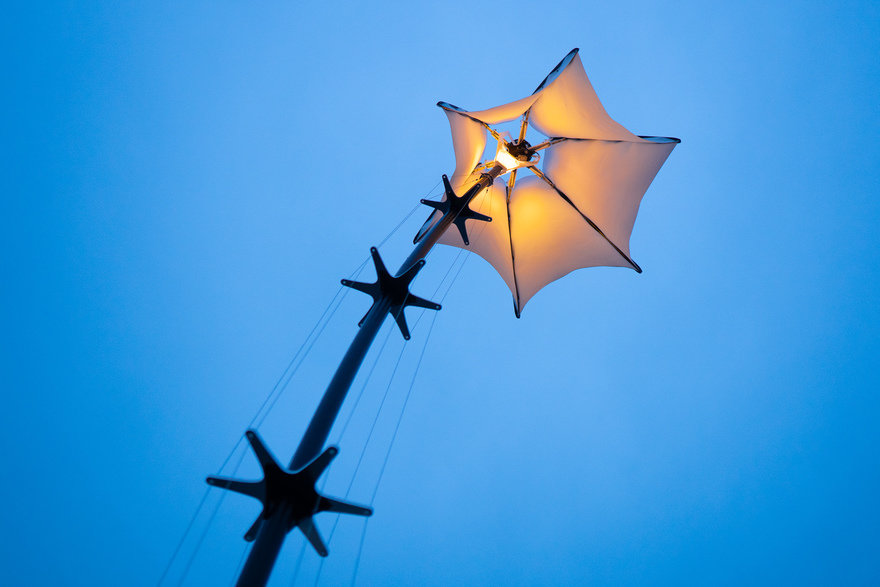 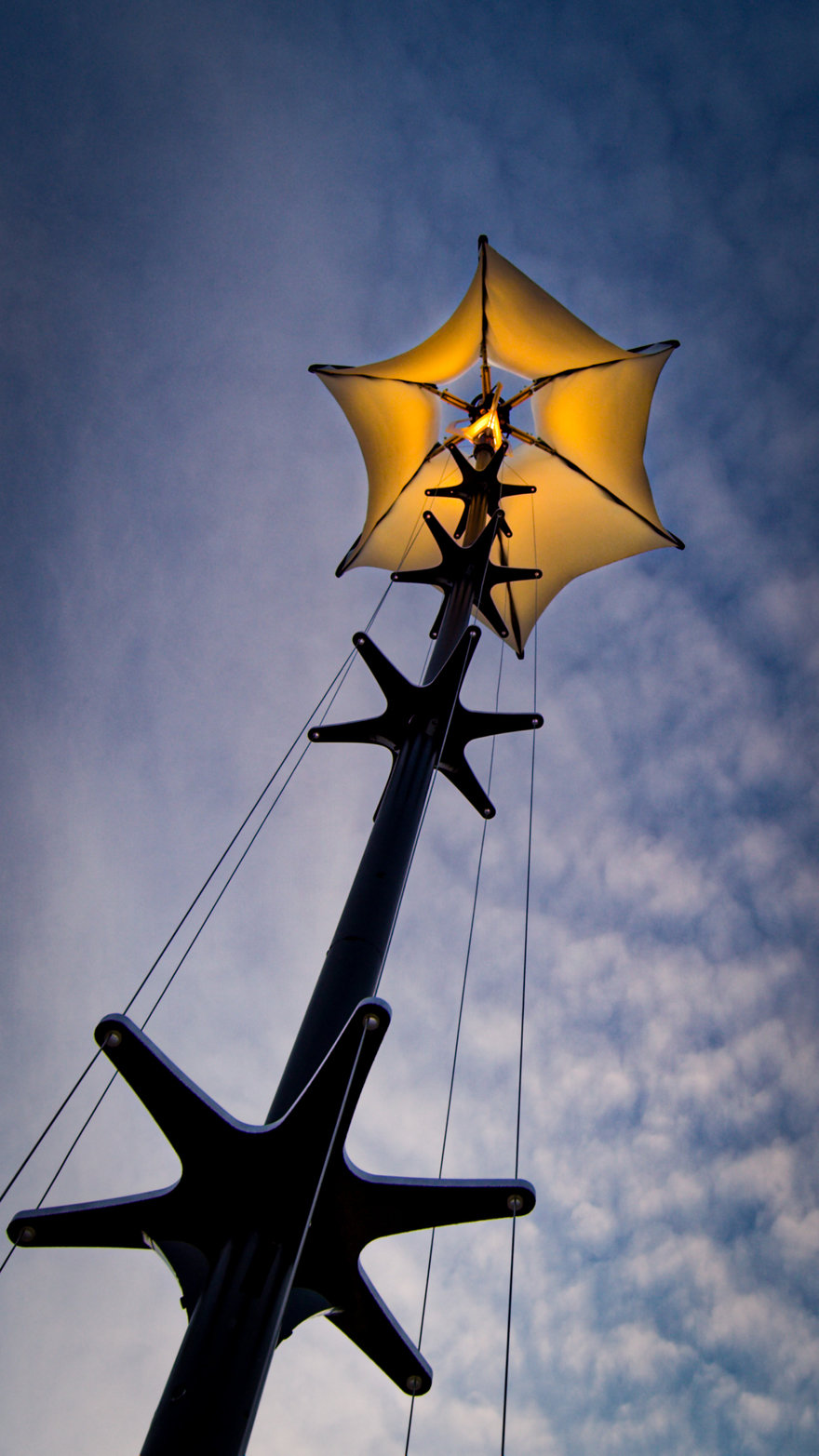 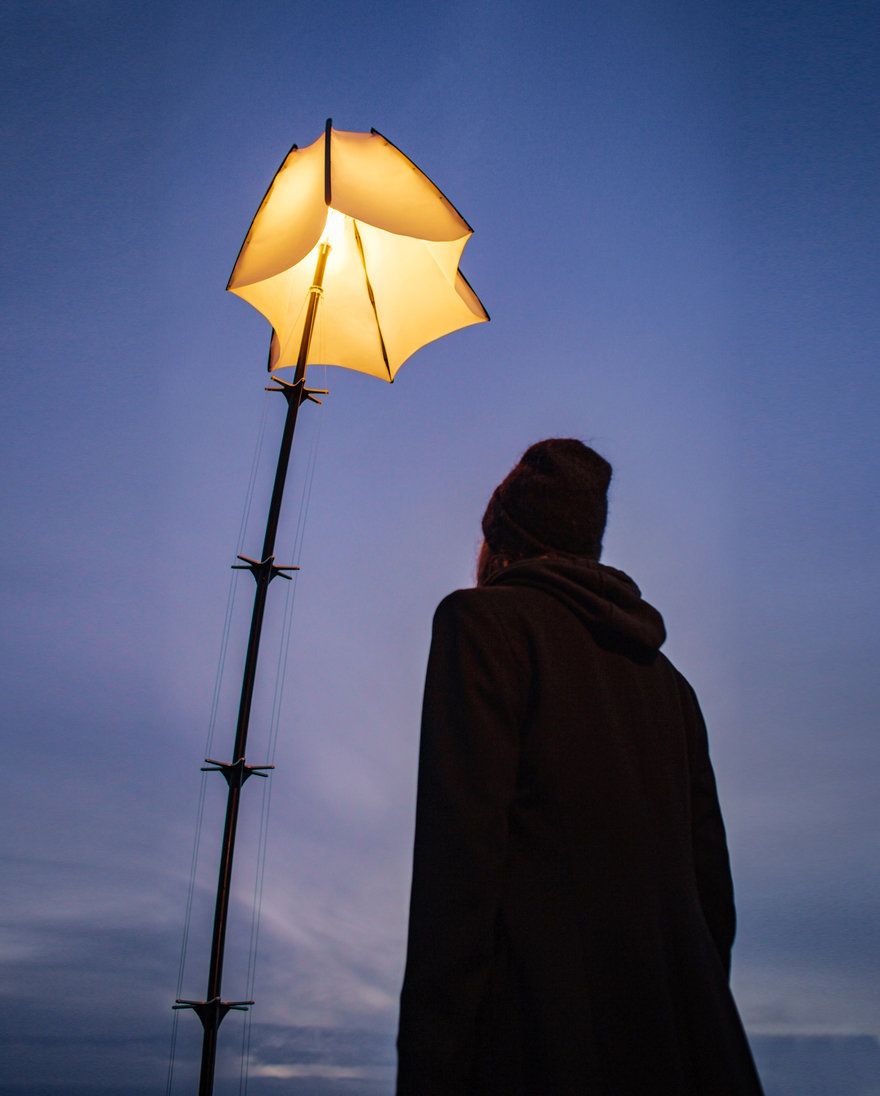 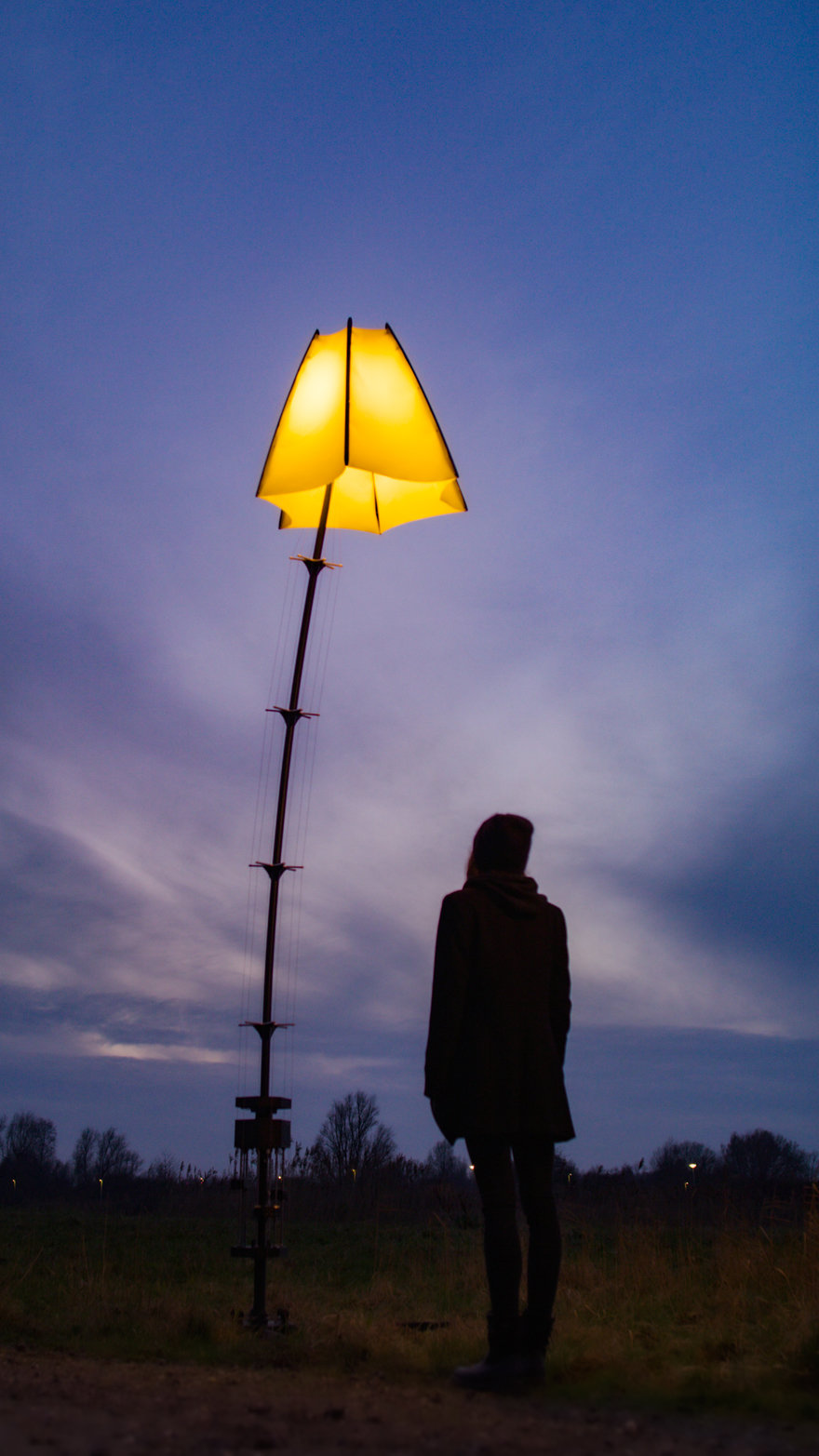 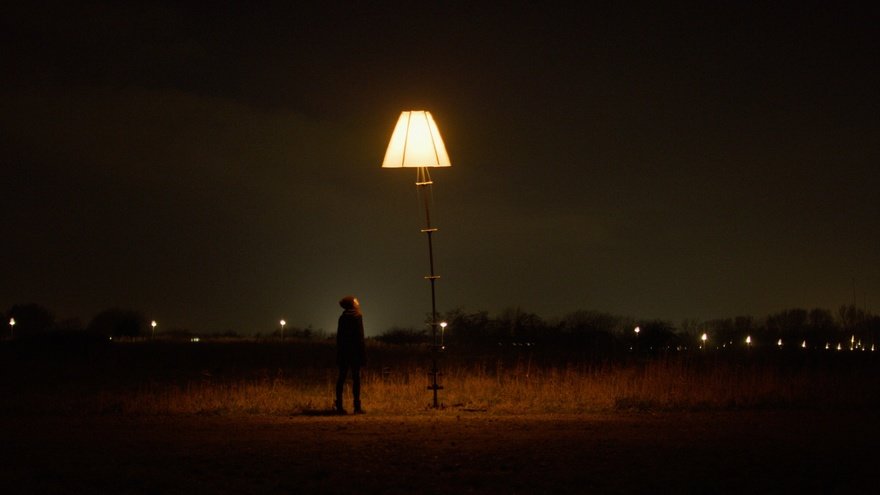 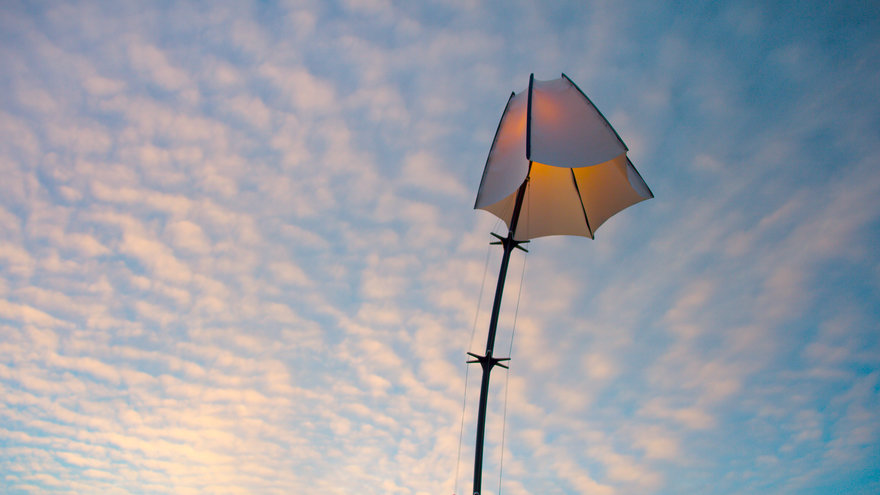 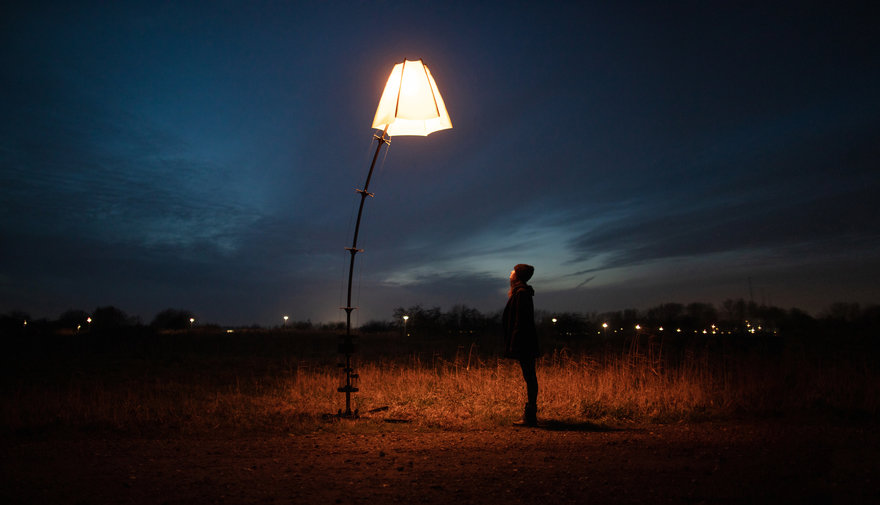 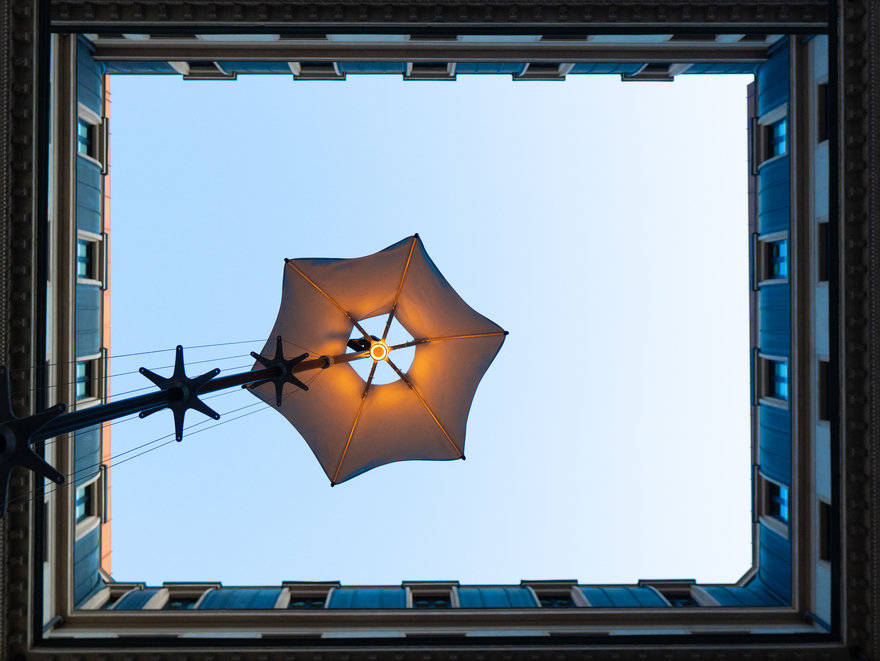 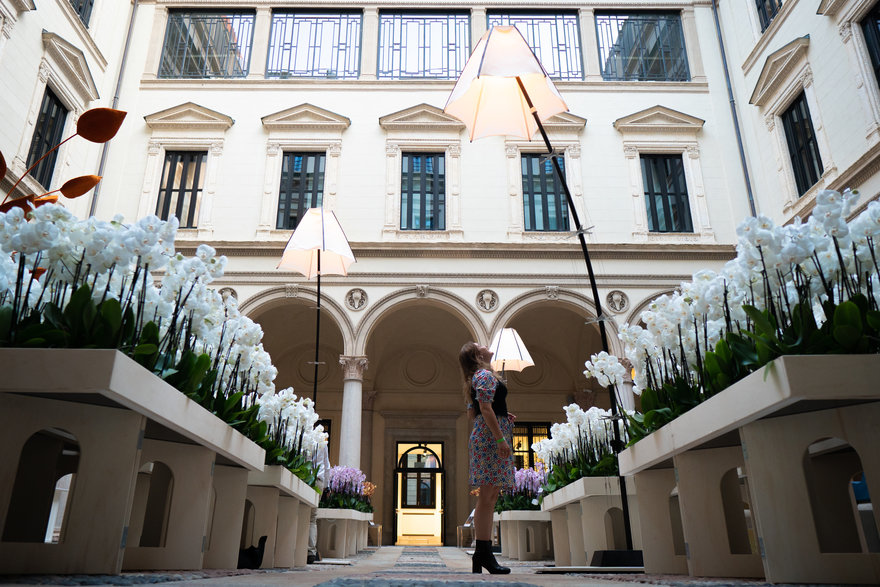 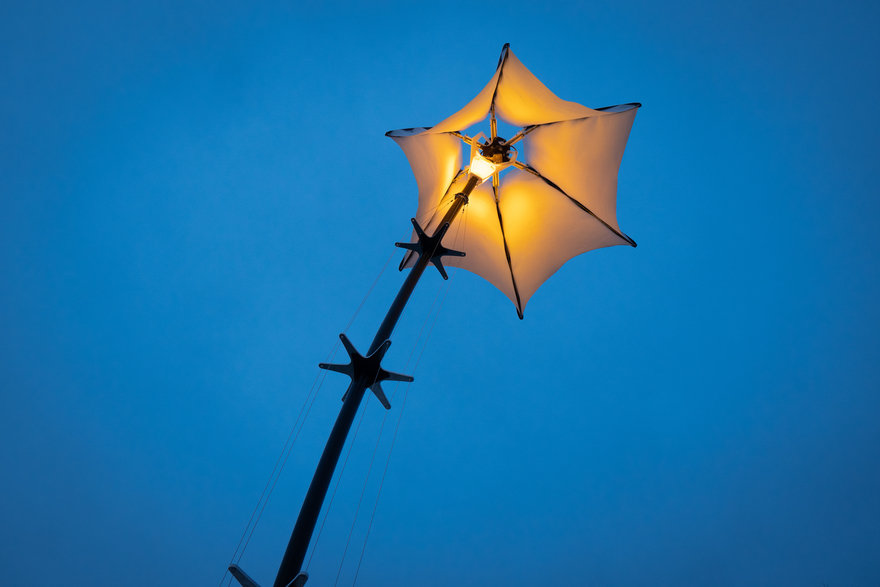 The Bloomlight consists of three components: the bottom, the body, and the head. The tube guides three wires connected to the bottom that contain three stepper motors that pull the wires and make the Bloomlight bend in any direction when someone passes by. In the middle of the tube, a steel construction holds a LiDAR-scanner that scans the area 360 degrees to detect people and always follows the first person it detects until it moves away. The head contains a gyroscope that knows when it's tilted (when the Bloomlight bends), and when it tilts, it opens up the Bloom and increases the intensity of the LEDs. Many of the construction elements were manufactured on-site, using Vouw's in-house 3D printer and laser cutting machine. Each material that has gone into the Bloomlight is incredibly well thought out. The Visual Impact was taking inspiration from nature. It is a lamp 4.5 meters tall that looks like a flower.