SkyView is the first wellness table lamp of its kind, bringing BIOS Lighting's revolutionary technology to the home or workplace via an elegant glass light fitting by Billings Jackson Design.

The BIOS SkyBlue circadian technology has been developed by a team of former NASA scientists. It harnesses the healing properties of natural light to bring the biological benefits indoors: strengthening circadian rhythm; increasing alertness and productivity; brightening mood; and supporting sound sleep.

The eye contains light sensitive cells that respond specifically to the sky-blue spectrum of daylight to keep it synchronized with the world. Regular indoor lighting is not bright enough to provide this signal for synchronization but is also not dark enough to promote sleep. The average person now spends more than 90% of their lives under electric lighting and so is increasingly affected by this circadian desynchrony, which can lead to severe health issues.

Cognitive impairments, such as ADHD and compromised learning, and even Alzheimer's Disease, are directly linked to improper light exposure. Additionally, mood disorders such as depression, bipolar disorder, and Seasonal Affective Disorder are tied to artificial light and it has been shown to lead to increased risk of obesity, metabolic disease, cardiovascular disease and addiction.

The obvious solution is to provide artificial lighting that better delineates day and night. This means creating built environments with biologically brighter days and darker nights. Effective circadian lighting design requires vertical illumination, which directly enters the eyes. But in lighting design, the main performance metric is the illumination of horizontal planes and the main concerns are energy efficiency and glare reduction.

This is where the SkyView Wellness Table Lamp comes in, as Billings Jackson worked with BIOS to develop a stand-alone product to deliver precisely the light levels required. This was achieved through the development of the color separation technology that allows for a warmer perception of a cool light, which is necessary to trigger the biological effect.

Its light is rich in circadian frequencies that stimulate the non-visual photosensitive cells in our retina, while providing comfortable neutral white light for our vision. Contained within a large, hand-blown glass diffuser, it can deliver large amounts of light directly to the eyes, while not causing any glare to the user. The light mixture is dynamically adjusted throughout the day to match the natural changes observed in daylight, even separating colors during dusk and dawn transitions.

The etched glass globe is supported by a stable, anodized aluminum base with a simple and intuitive one-touch control knob to adjust brightness and function. The globe connects to the stem with a custom bayonet mount that combines both power, data, and mechanical connection in one simple motion. The lamp can be controlled by an app that enables users to customize personal sunrise and sunset times and durations.

Low energy, low intensity natural light at eye level is key to comfort and body-clock alignment, and SkyView delivers this, producing the visual, emotional and biological effect of being outside at the flick of a switch. 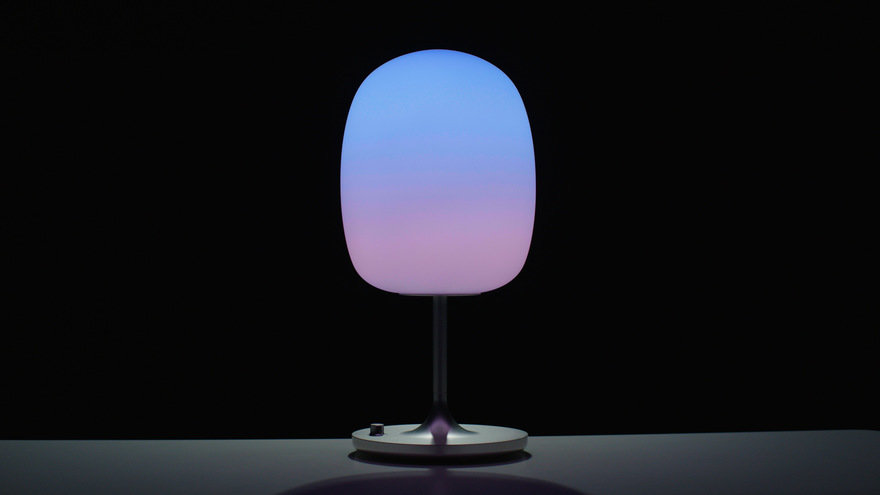 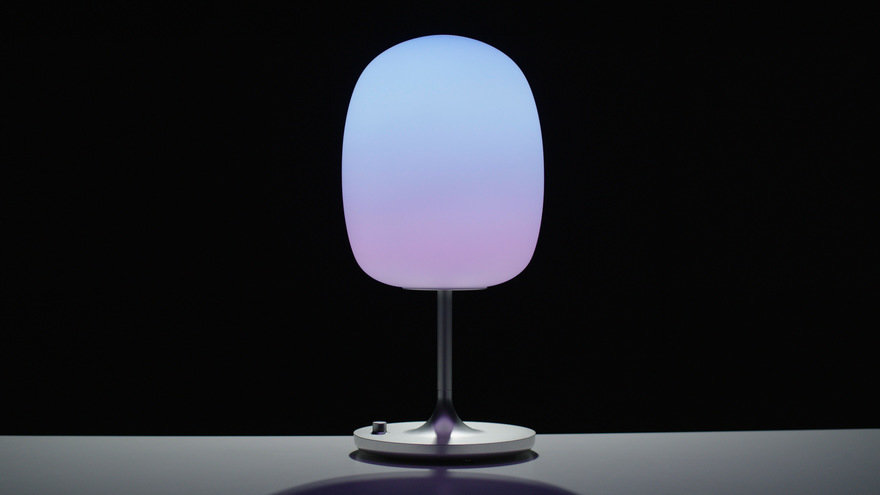 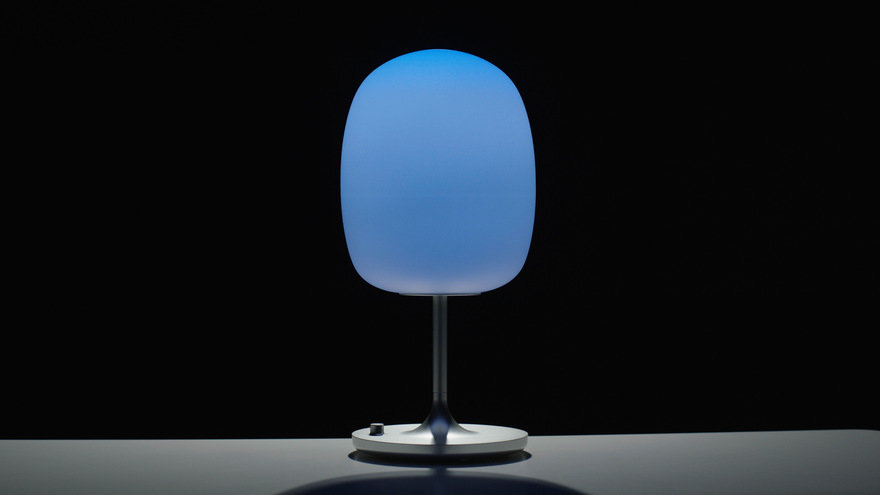 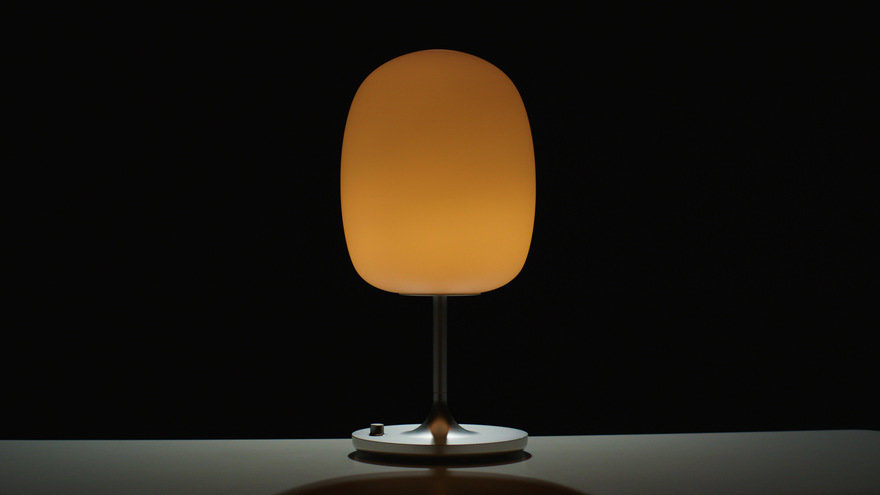 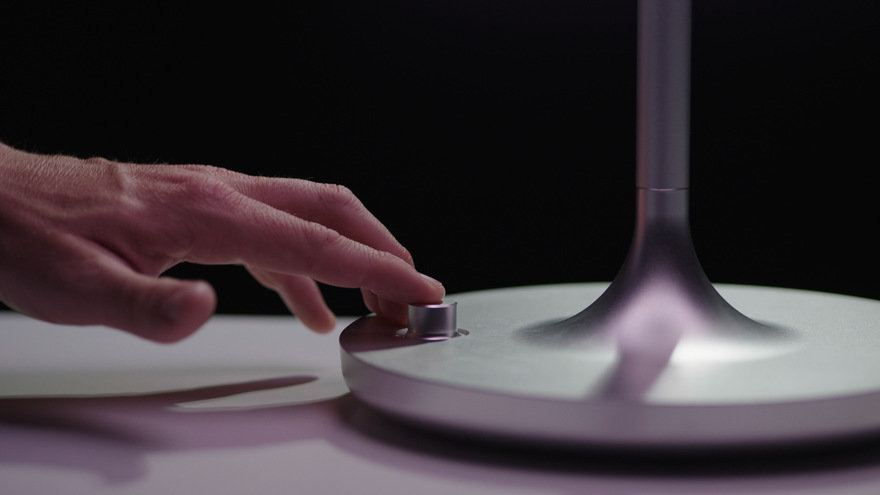 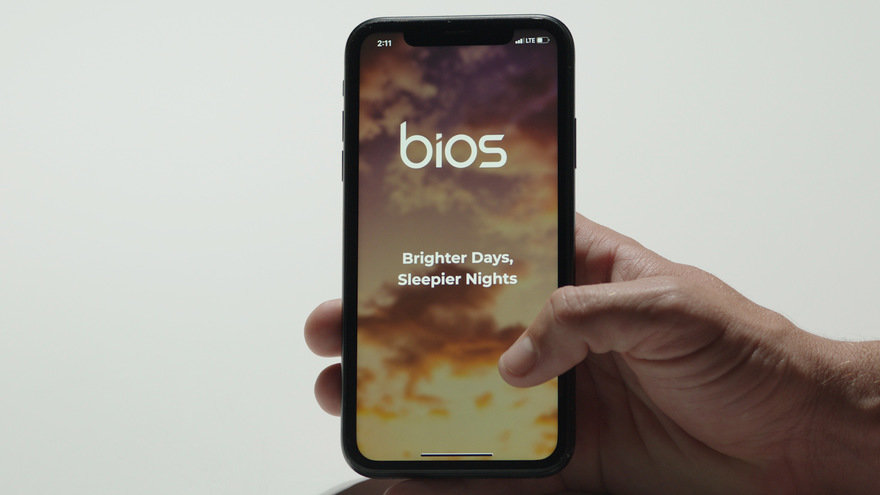 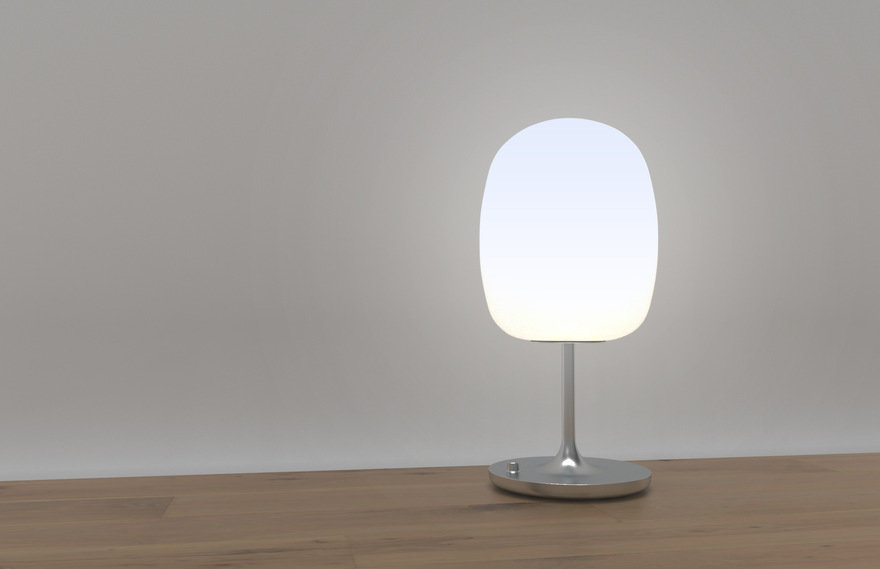 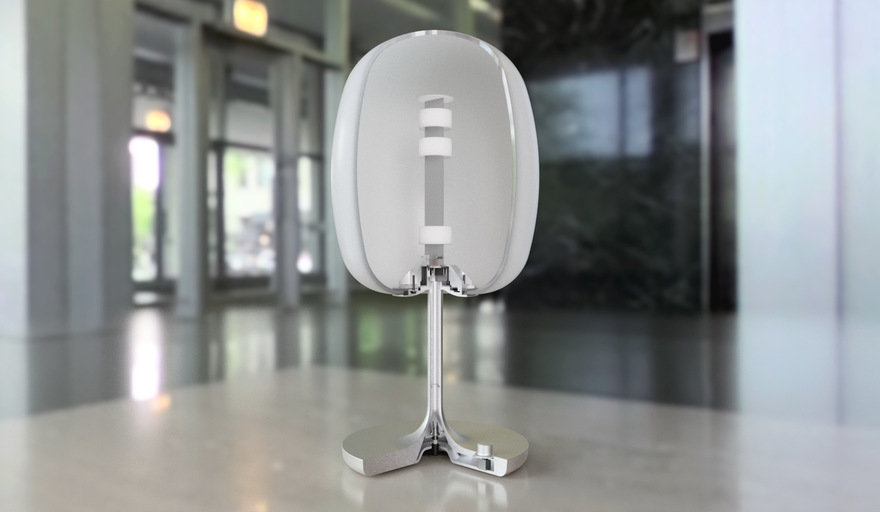 Billings Jackson Design explored BIOS Lightings' technology from first principals, reviewing the patent portfolio to fully understand the science and the protected technology. It was important to understand the biological mechanism that is in play in the human experience of natural and artificial light.

Critical to our perception of light are the recently discovered non-optical photo receptors in the eye. These are found in the lower quadrant of the retina and send electrical signals to the hypothalamus, which controls hormone production. Simply, an upright human has light sensors pointed at the sky, and these sensors are most sensitive to a visible blue light which is very much lacking in traditional artificial light include LED. The patented BIOS SkyBlue technology harnesses this essential wavelength, to entrain circadian rhythms as nature intended.

Unfortunately, existing design standards and the traditional methods of lighting interior spaces are at odds with the effective provision of healthy artificial light. This is for a few reasons. Effective circadian lighting design requires vertical illumination, which directly enters the eyes. But in lighting design, the main performance metric has been the illumination of horizontal planes and the main concerns are energy efficiency and glare reduction.

The industry adherence to the benchmark of 'white light' is another barrier to exposing people to the required wavelengths and intensity of light that meet biological requirements. They key question was why it is possible to be comfortable outside in color temperatures and intensities that are unbearable inside. This is where the collaboration of science and design was able to bridge the gap.

We understood that 'white light' from the sun has a very broad and relatively even color spectrum. Artificial lighting works to emulate this, creating an aggregated white light experience by mixing colors of various wavelengths to make white but omitting those we now know to be vital to our non-optical receptors.

We kept going back to the question of why the sun's light playing in nature is so satisfying and measurably healthy. An important realization was that it is difficult to find environments where white is the predominately illuminated surface. Of course, snowy mountainous terrains are the exception, but these are not environments where humans evolved. Added to this, the Earth's atmosphere alters our perception of sunlight. The BIOS SkyBlue technology was developed by NASA scientists working with astronauts who have seen the real coldness of the sun's light and who therefore understood that color separation is key to our perception of light.

This was the breakthrough moment in developing the SkyView Wellness Table Lamp. We all recognize that we do not directly see our environment. And we have all experienced the magician who simply but expertly plays on the psychology of vision. Robert Soler of BIOS is that magician, expertly delivering the beautiful balance of healthy lighting through his SkyBlue technology. As a logical next step, the design team recognized that using color separation to reflect our changing experience of the outside world from dawn through the dusk would deliver the natural light at eye level that is key to our comfort and body-clock alignment.

Our first physical exercise was to separate the light elements, so the warm light wavelengths illuminated the horizontal plane while the cooler light lit the ceiling. This was in effect creating the illusion of a campfire and cool sky, which is a very calming environment. The challenge now was to work this principle into a product.

We knew that the light had to directly illuminate the eyes, because it would be extremely inefficient to deliver the light by using reflected surfaces. We also understood that building-integrated lighting capable of delivering the necessary frequencies would have to be too bright to be acceptable or comfortable.

Our work with UDC on OLED technology had given us the insight to the quality of the illuminated surface that was needed. The intensity could be no more that 10,000 lumens per square meter. The science here is Newtonian: at 3 feet, we needed 120 square inches to deliver 250 melanopic lux. Effectively, if we could place a simple illuminated surface proximal to the face and we could satisfy the requirements of the body to deliver the equivalent outdoor signal given by the sky. Once we understood these parameters the project fell into two direct work streams, the mechanical parts and the illuminated surface.

We understood that the SkyView product had to be commensurate with the game changing SkyBlue technology. The light is delivered though an etched and hand-blown glass diffuser, preventing the eye focusing on the surface. The color separation allowed the light to be cooler in reality than it is visually perceived, delivering the vital circadian wavelengths. The stem is recessed like an apple core so that it is lost dimensionally and reinforces the floating nature of the globe. The base is a pool of machined aluminum and is shaped to diffuse the down light. The simple button is clearly the analogue control and overrides the app.

The stand alone, "plug in" light product market is saturated, and the distribution channels are focused on design rather than technology, so we developed the product to appeal to early adopters in the Wellness market. We focused on material quality as well as the technical specification to deliver the required light output in a form that delights. The SkyView Wellness Table Lamp is unique in both aesthetic and utility, delivering profound and lasting benefits to its users with the technology originally developed for the International Space Station.