Arte Para Todos was designed to help kids who have trouble with gripping drawing implements and holding them steady to draw independently. This device can also be used for physical therapy, as the stretching movement required to draw is necessary to keep kids with CP limber. This device was designed and fabricated at NuVu in Cambridge, Massachusetts. The students received feedback at Instituto Nuevo Amanecer from kids and physical therapists and then reworked their projects at Monterrey, Tec. 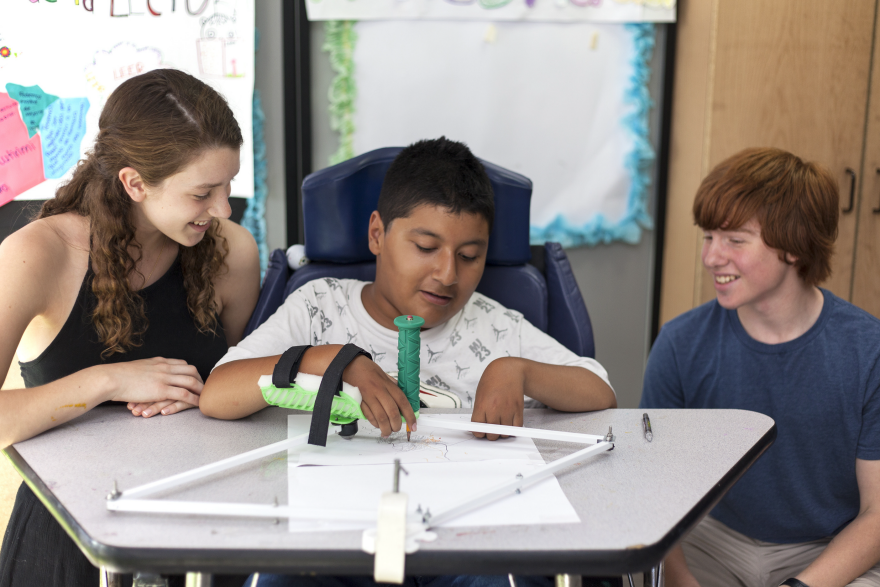 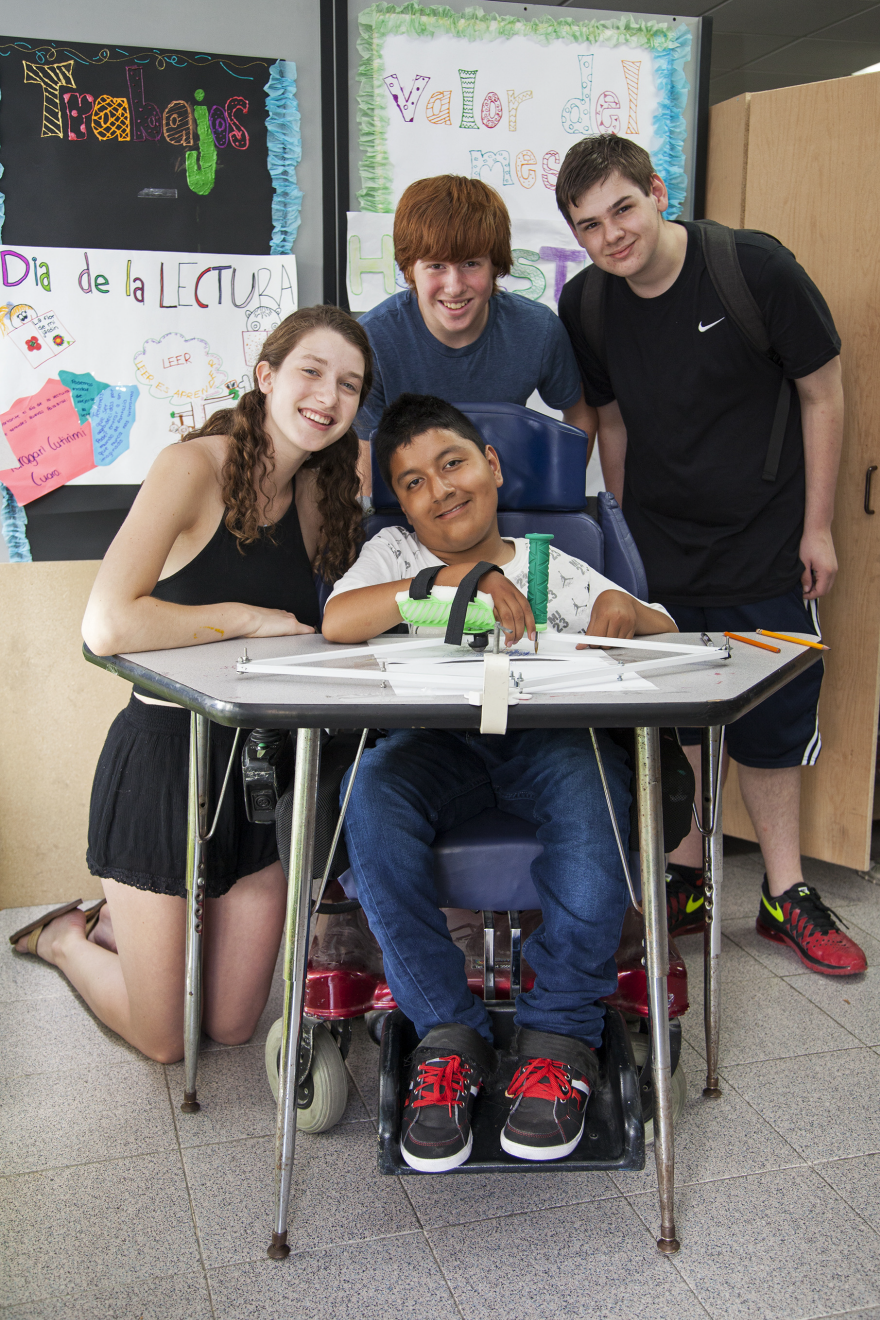 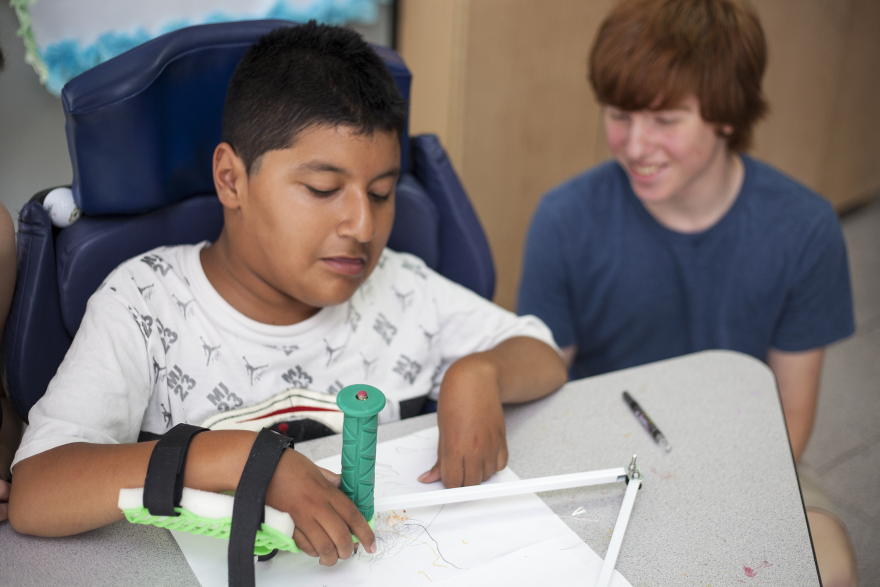 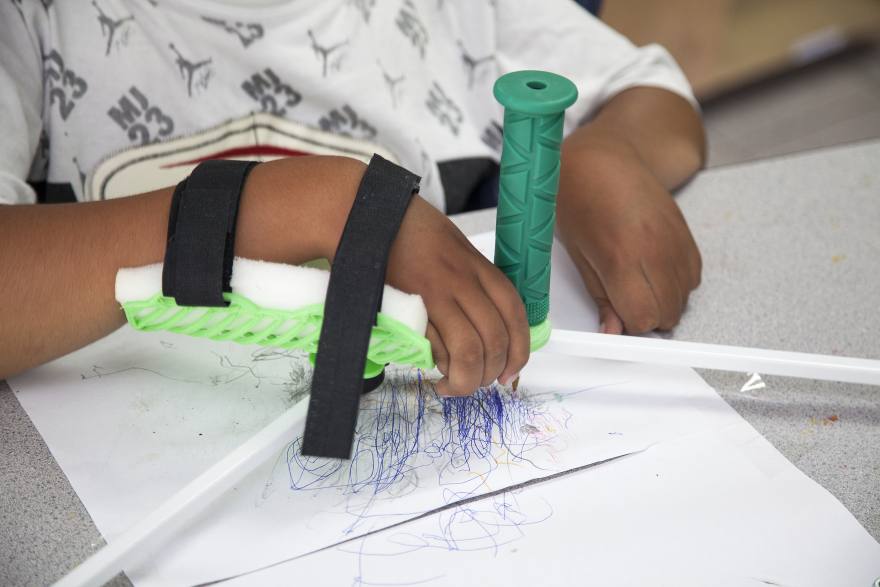 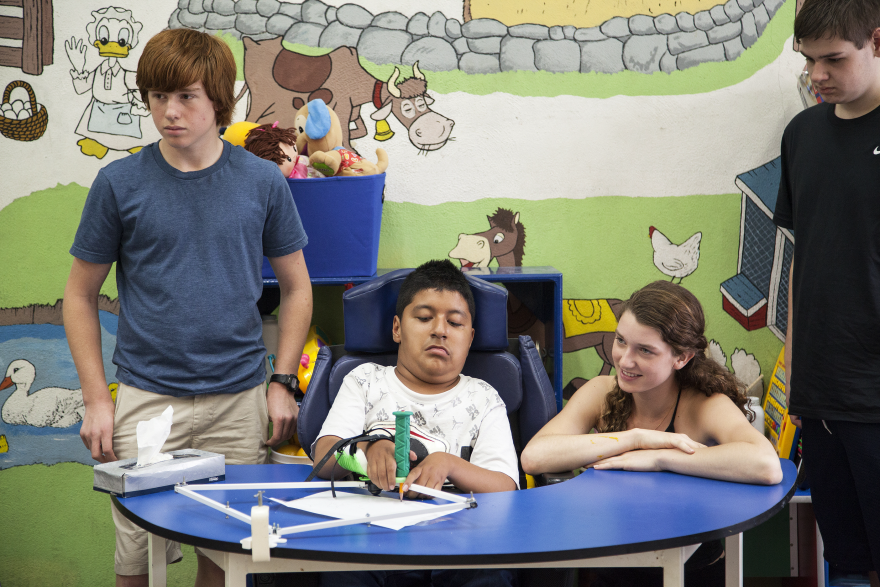 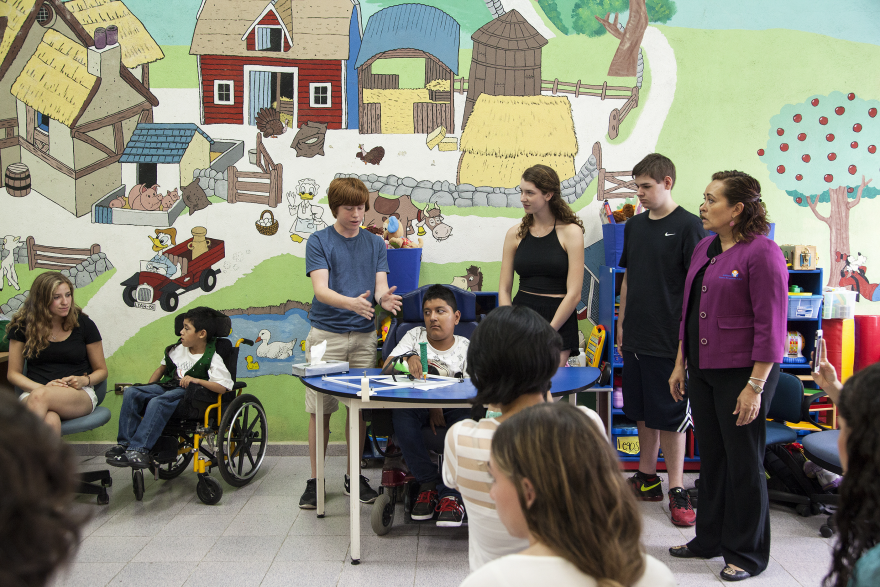 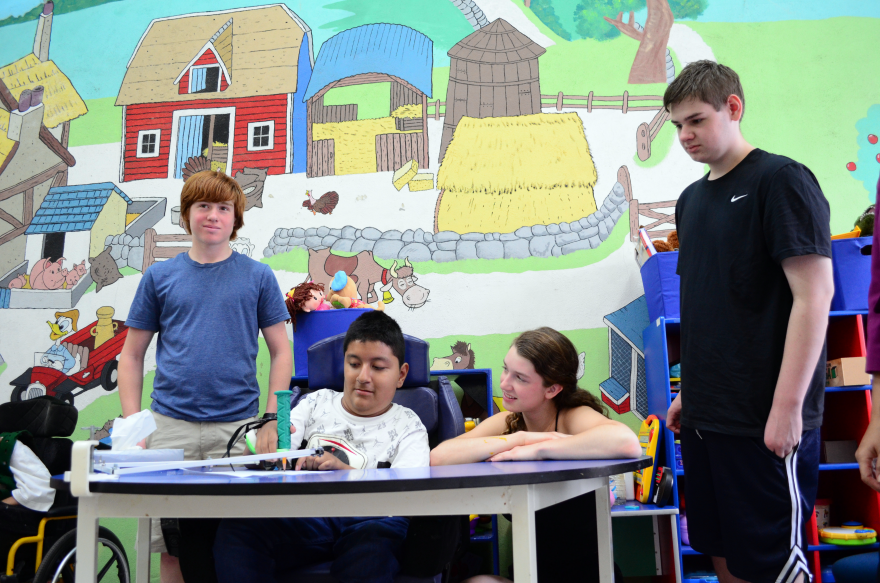 I am submitting this entry on behalf of Alea Laidlaw, Oliver Geller and Seth Isaacson NuVu for a trimester. I am a "Coach" (what we call teachers) at NuVu Studio, a full-time innovation school for middle and high school students in Cambridge, Massachusetts. Last winter, we worked with an organization in Monterrey, Mexico called Instituto Nuevo Amanecer to create devices and wearables to help kids with Cerebral Palsy. Javier Leal of Mas Libertad Menos Barreras and I ran the studio called "Easing Cerebral Palsy". The students spent two, two-week studios working full-time on this project at NuVu and then travelled to Monterrey for a week to work with kids with Cerebral Palsy. While in Monterrey, the studio collaborated with students at Monterrey Tec to progress their projects.

Our solution to this common problem was to create a user-friendly writing aid for children who lack fine motor control, especially those with cerebral palsy. Drawing and writing can be a very mentally rewarding process, and we wanted to give kids without fine motor control the ability to draw and potentially even write. Furthermore, the act of using this tool can be beneficial to users' physical health as it stresses the muscles which are often under tension.

Throughout the process of designing this writing aid, our primary goal was to create an adjustable and comfortable writing and drawing tool for people living with cerebral palsy. We wanted to allow users to select from a variety of mediums, including pencils, pens, markers, etcetera. By securing the user's arm into a brace, we aimed to assist reduce the effects of tremors. Also, this brace would allow the user to use their entire upper body to control the device instead of just their hand. This is useful for users who have gross motor control, but lack fine motor control. Finally, we aimed to provide a physically therapeutic experience to users by stretching out muscles which are often tense in severe cases of cerebral palsy.

Our design was primarily made up of a two dimensional tracking system which guides the movement of the user's arm using a rhombus of steel pipes. The joints between the pipes use rubber washers to provide adjustable resistance. At one end of this tracking system is an arm brace which secures the user's arm. Attached to the arm brace is a hand rest for added comfort and the pencil holder which can secure a wide range of writing utensils. Finally, there is a grip which the user's secondary hand can grasp for added leverage.

While we were at Instituto Nuevo Amanecer we had an amazing experience with one kid who hadn't been able to draw until we gave him the device.

We were drawn to how closely it was developed with its client/user, and the attention given to a specific need.

We can see this project being pushed into the market and loved the clever integration of simple components.