The Next Generation Tumstock (Folding Rule) 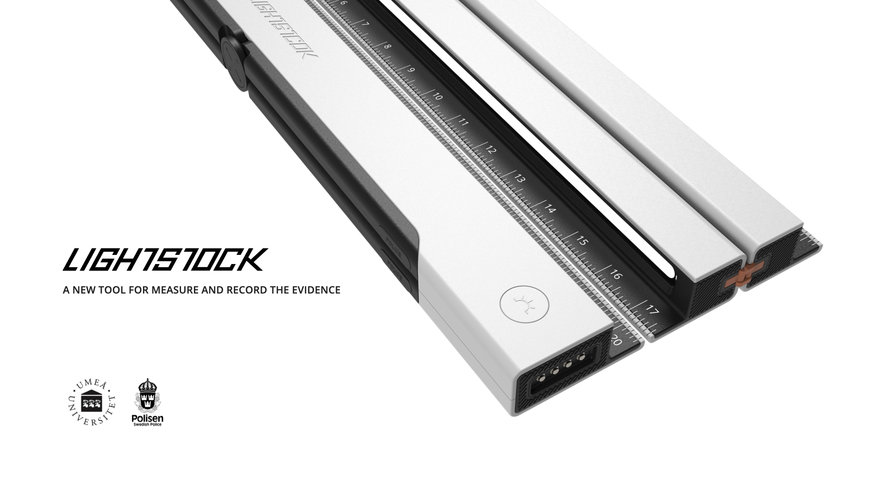 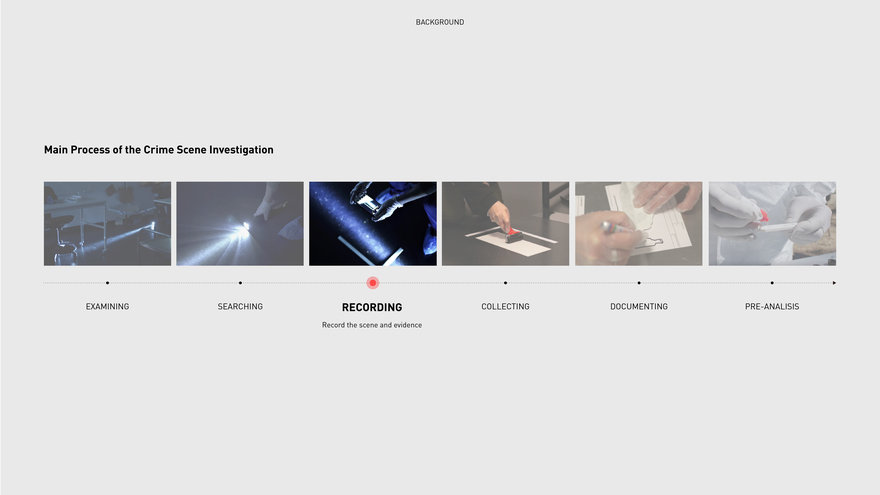 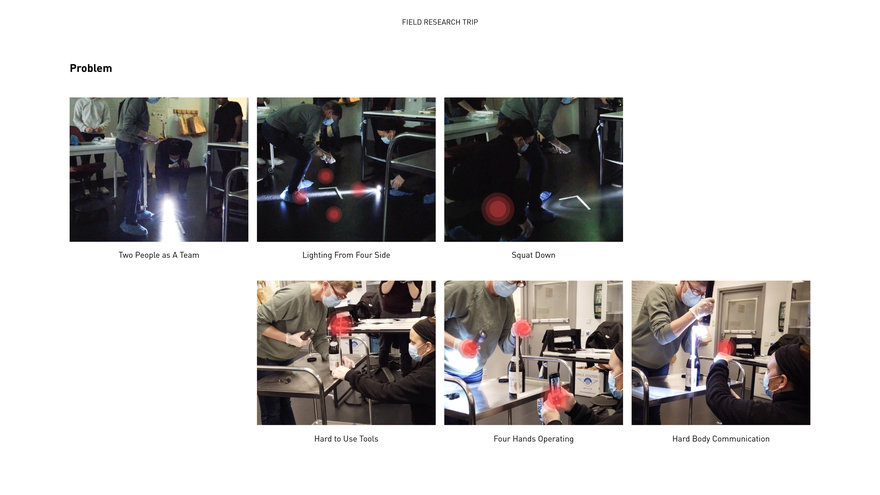 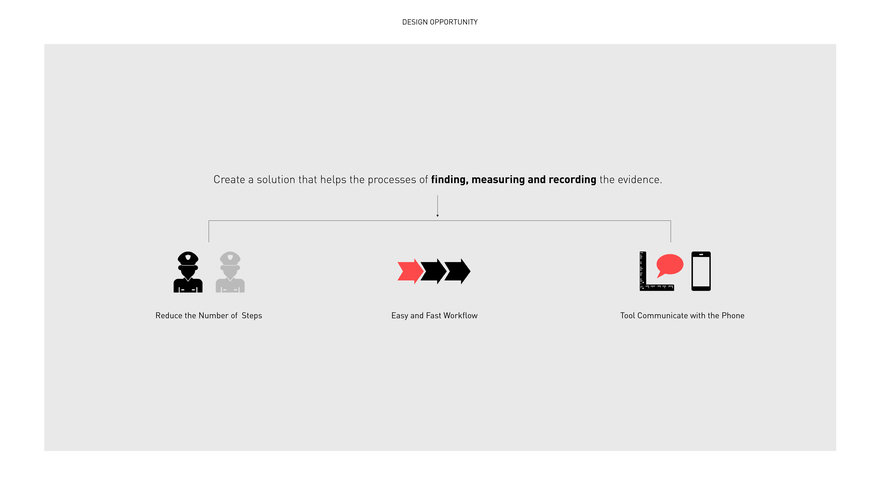 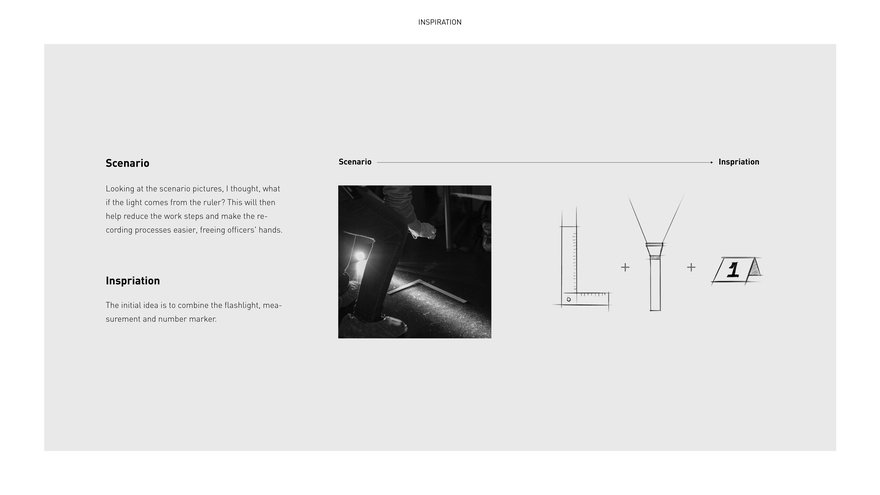 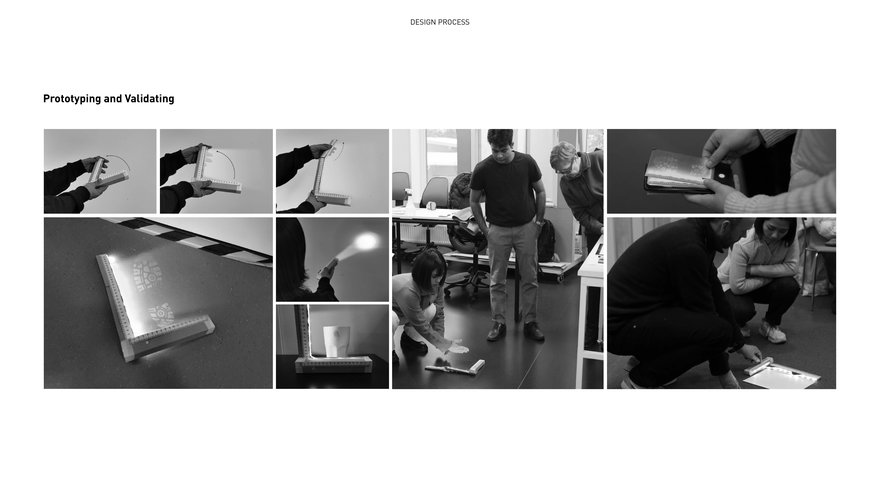 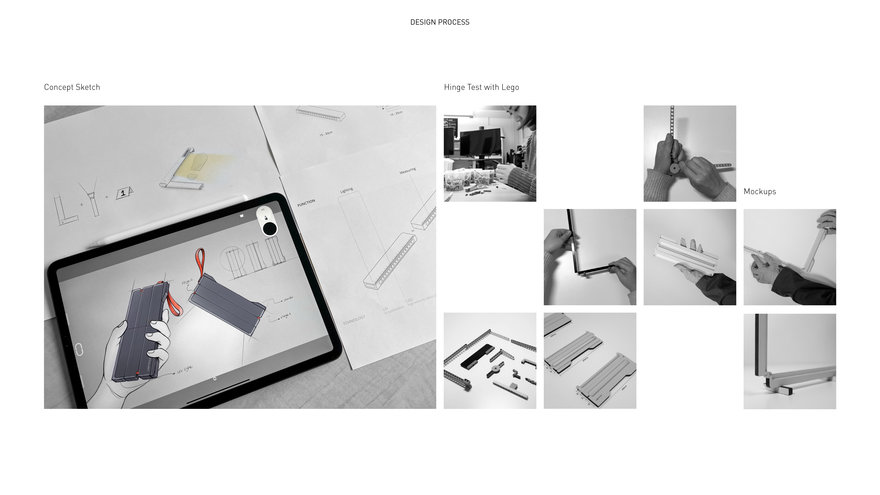 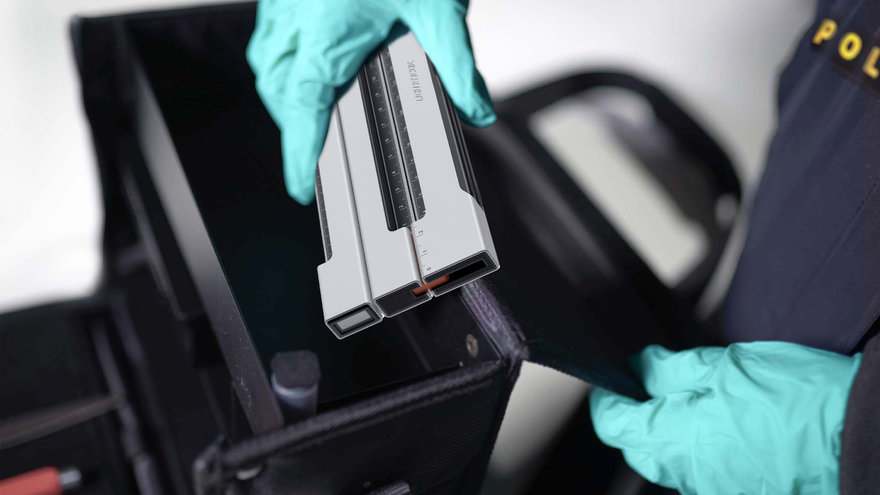 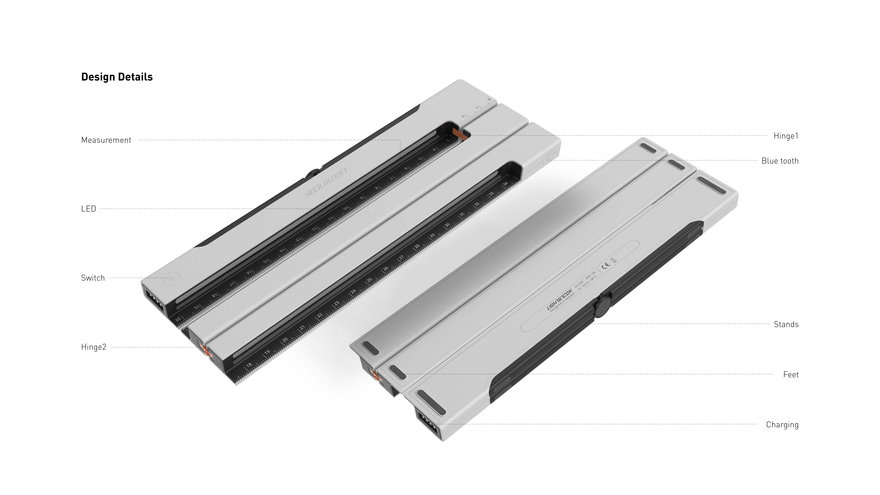 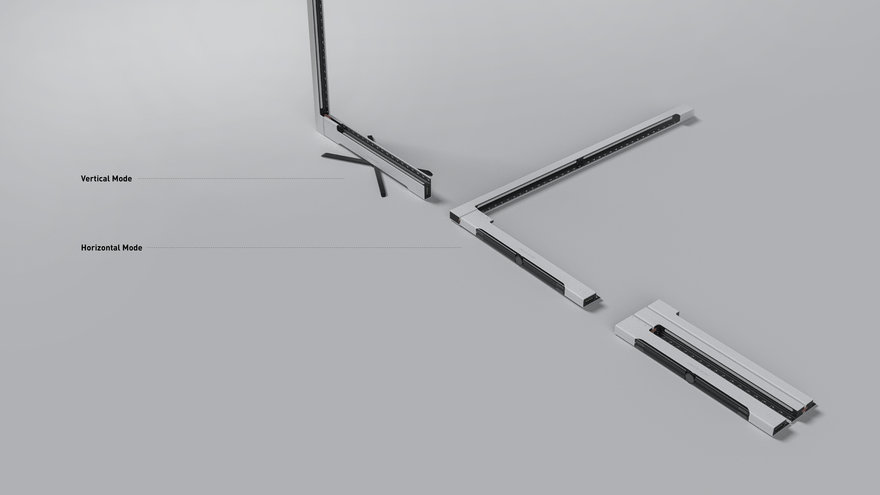 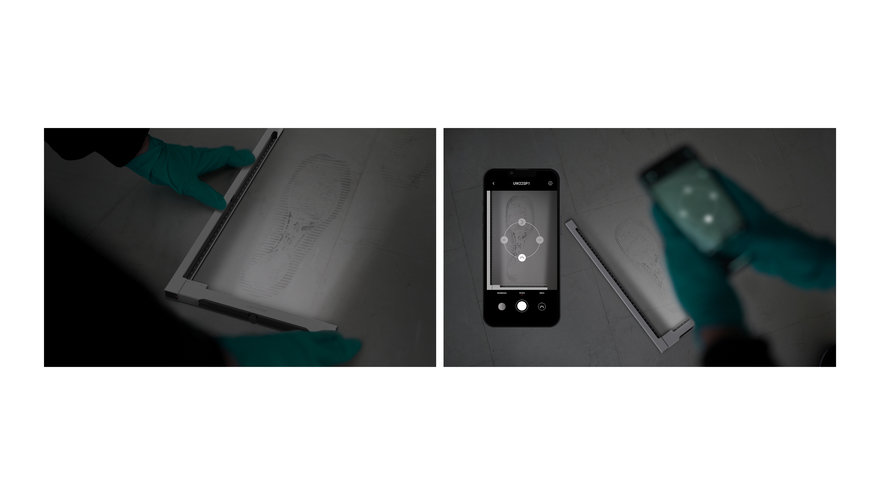 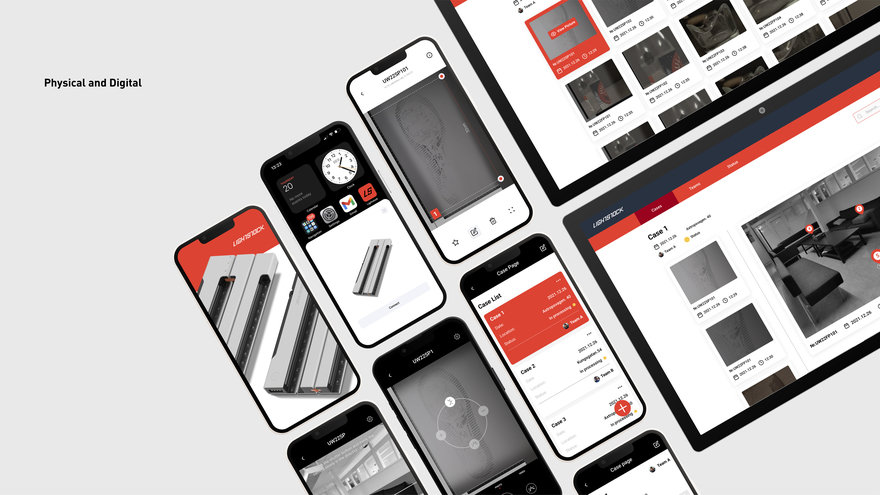 "LIGHTSTOCK - A New Tool for Measure and Record the Evidence" was a ten-week collaboration project between Umeå Police Station, the Police Education Unit and Umeå Institute of Design. This project aims to identify design opportunities based on the needs and pain points of police officers and specialised crime scene investigators and explore the design space for new relevant product solutions.

Background: During the field research trip at the Police Education Unit and Umeå Police Station, we established a clear picture of the user group, their workflows, current types of equipment, tasks, and challenges during the crime scene investigation. There are six work processes of the whole crime scene investigation: Examining the crime scene; Searching the entire scene to find the relevant evidence; Recording the scene and evidence; Collecting the evidence; Documenting the evidence, and doing the on-site pre-analysis.

Flashlight, measuring tools, and evidence markers are the three most used essential tools to search and record evidence.

Before entering a central crime scene, police officers usually use a flashlight to search evidence on the ground like shoe-print and then fingerprints on objects. Once they have found the evidence, they typically hold the flashlight for lighting the traces in parallel take photos with a ruler and the evidence markers to record each piece of evidence. Then they will note the position of the evidence with the number on a sketch to show where it has been found in the scene. Each process is very analogue and not user-friendly. During this process, investigators always need to hold and switch these three tools in hand.

Therefore, I want to create a solution that helps crime scene investigators find, measure and record the evidence to make the workflow easier and more efficient.

Looking at the scenario pictures, I thought, what if the light comes from the ruler? This will then help reduce the work steps and make the recording processes easier, freeing officers' hands. So the initial idea was to combine the flashlight, measurement and number marker.

Lightstock comprises three pieces of twenty centimetres length, and two hinges connect them. Each component has high brightness LED lights inside and the analogue scale on the surface. The design of the hinge and bottom standers allows the Lightstock to provide two use modes for users: a vertical mode and a horizontal mode. The horizontal mode can record evidence such as shoe prints on the floor surfaces. The bottom standers can be opened at any angle to allow the Lightstock to stand on its own, and the vertical mode can be used to record evidence on a vertical surface, such as fingerprints on a bottle.

Lightstock can be connected to a mobile phone via Bluetooth, making the process of recording evidence even more intelligent. Based on research patrolling police officers use their mobile phones very frequently and have specific mobile phone apps to assist them in their multimedia recording work. But these applications have many inconveniences. Therefore I redesigned the interface of the mobile phone and the PC to assist the police in the process of taking photographs, editing them afterwards, and processing the files when they return to the police station.