Every 30 seconds someone looses a limb due to complications with diabetes, a condition that is 100% preventable. The Footdefender is the first leg brace specifically designed for people with Diabetic Foot Ulcers to be easy to use properly, comfortable, and visually acceptable. 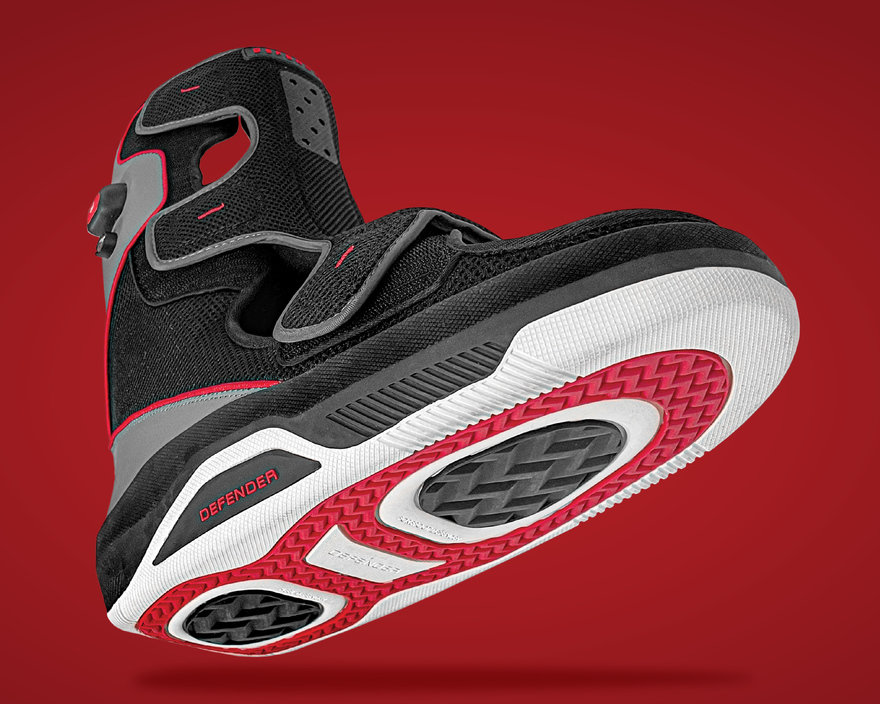 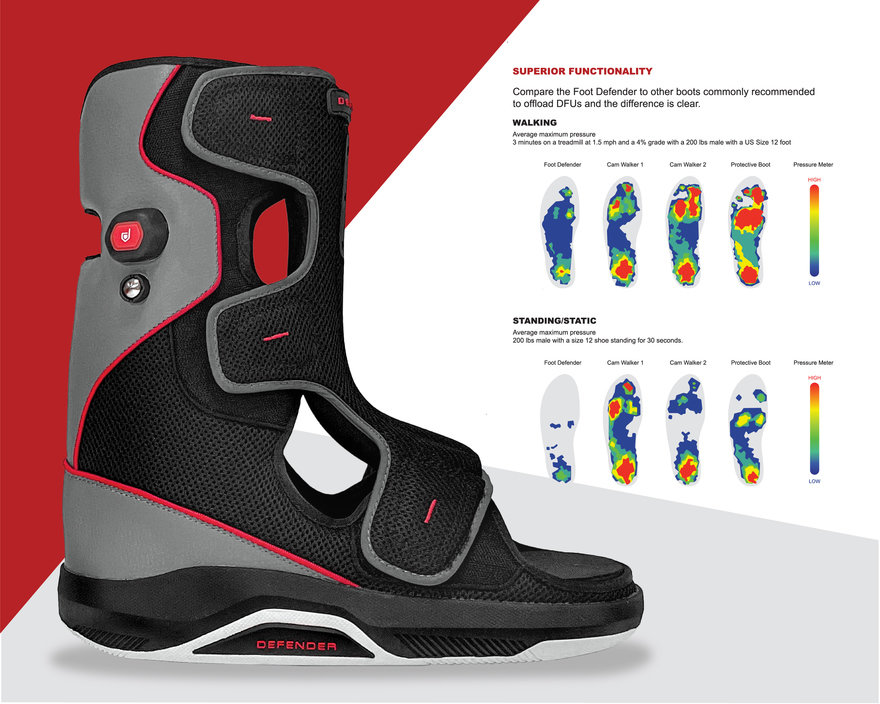 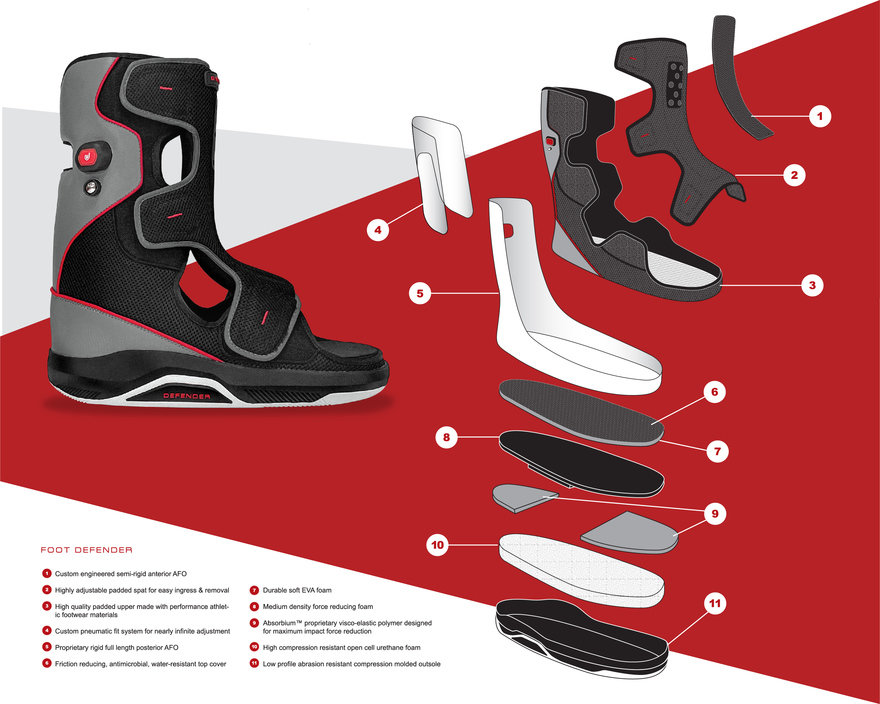 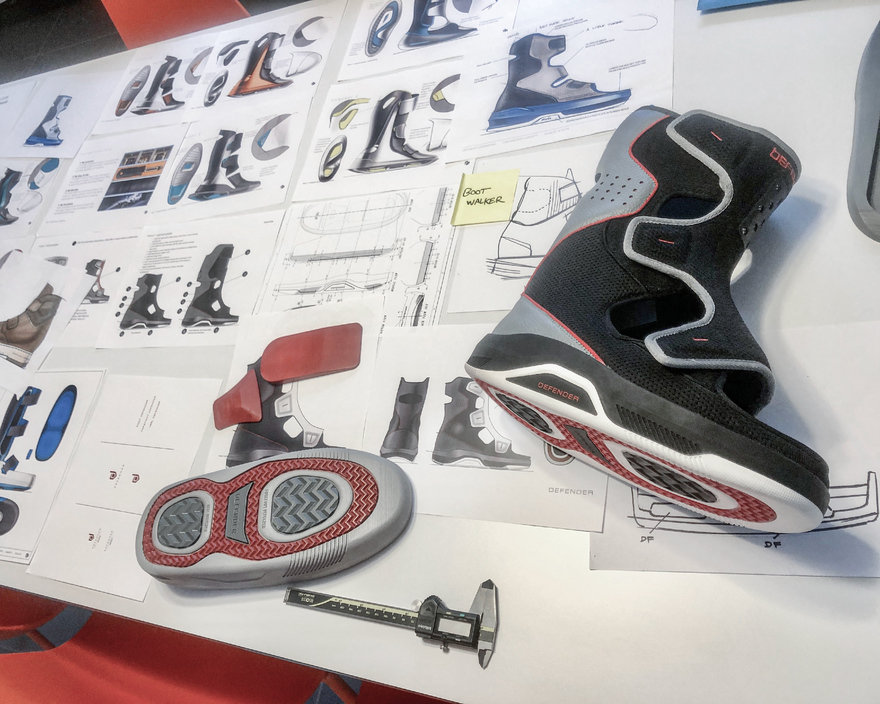 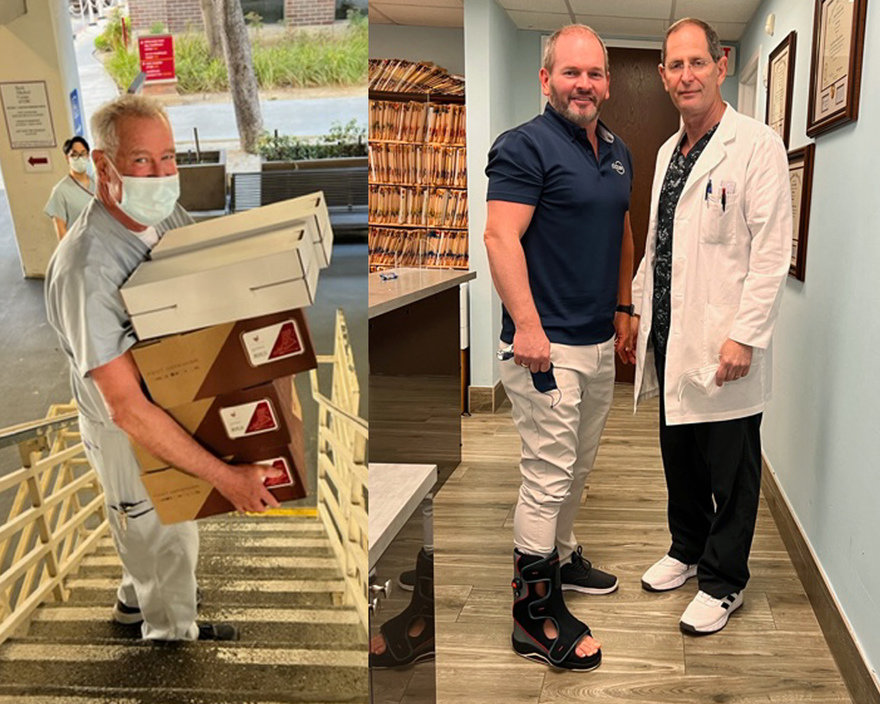 Every 30 seconds someone looses a limb due to complications with diabetes, a condition that is 100% preventable. From 2009 to 2015 lower extremity amputations for diabetic patients increased by 50%. Approximately 33 million Americans have diabetes, 3.3 million have Diabetic Foot Ulcers (DFUs) and 24% of those DFUs will lead to an amputation in 6 -18 months. This is unacceptable. We can do better. Current prescribed leg braces are designed for fractures and sprains and do not alleviate pressure on the bottom of the foot. Alleviating pressure is critical to heel DFUs and prevent an amputations. The Footdefender is specifically designed to reduce pressure on the bottom of the foot through a combination of locking the ankle at a specific angle, negative heel drop raising the balls of the feet, and a proprietary viscoelastic material under the foot called Absorbium. In addition to being functionally superior, the Footdefender is easy to put on properly and take off due to its unique removable spat design. Lastly, the Footdefender looks more like an athletic shoe and less like a medical device to reduce the visual stigma of needing to wear the product. Unused products fail 100% of the time so we designed the Footdefender to be acceptable to be worn daily until the patient is heeled. The Footdefender was designed and developed by Dr Jason Hanft, one of the country's leading experts on DFUs, former Nike developer Drew Linth, and former Nike, Jordan, and Converse designer Michael DiTullo over a 4 year period of rigorous testing and clinical trials. Launched late in 2021 the Footdefender is already in use in some of the biggest diabetes clinics in the United States and helping to prevent amputations.