The elderly have many experiences and memories, some are precious to themselves and their families, and some record the changes of the times. However, as the age increases, most elderly people will experience memory decline, especially those who suffer from Alzheimer's disease . It's such a pity that those story of the elderly will be completely forgotten.

Memo box aims to solve the problem, it provides the elderly with a simple, intuitive, and self-esteem way to record their memories. 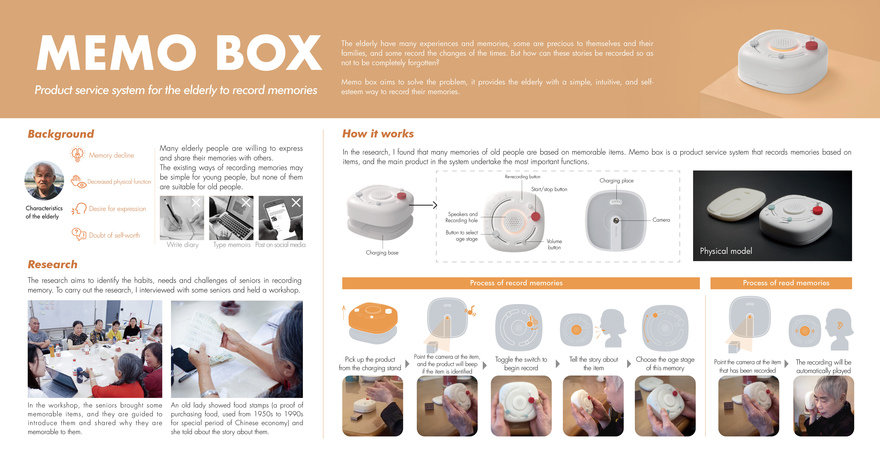 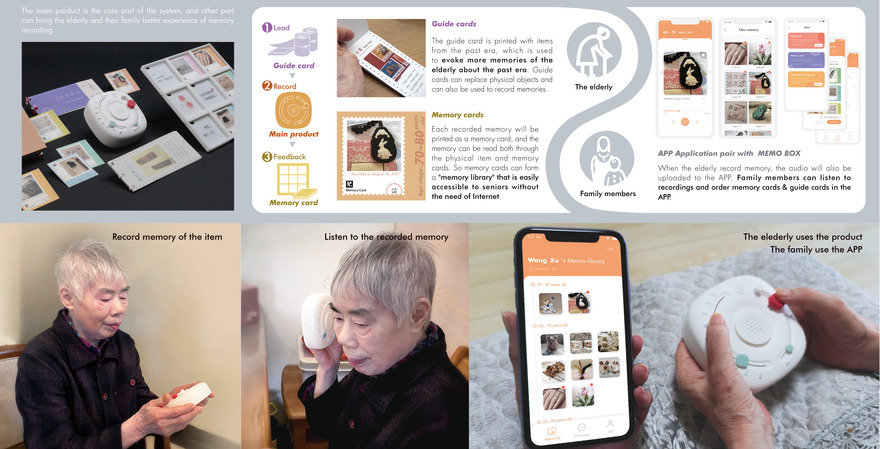 The main process of recording memory 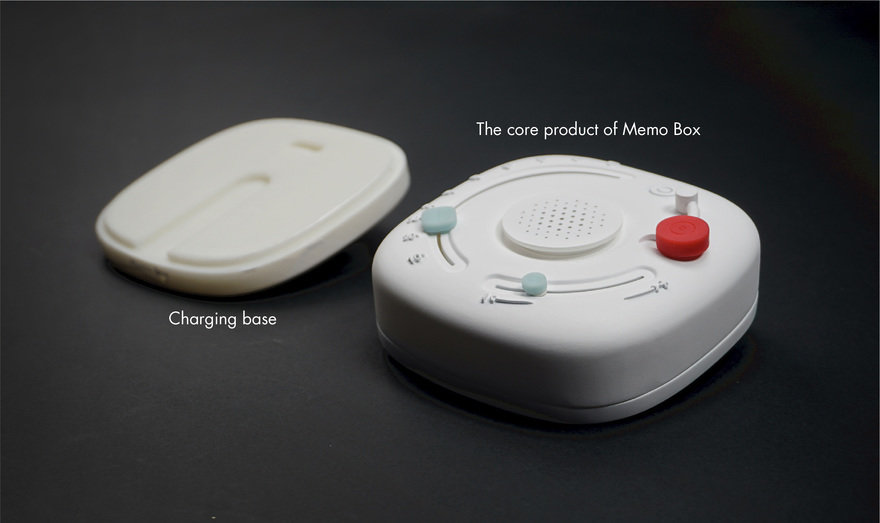 The main product of the system 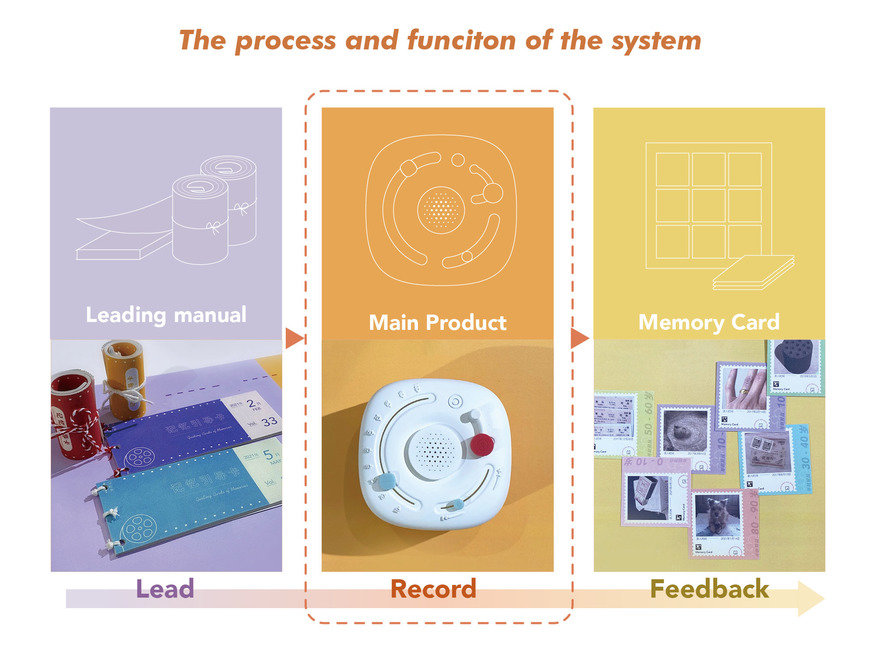 The process and function of the system 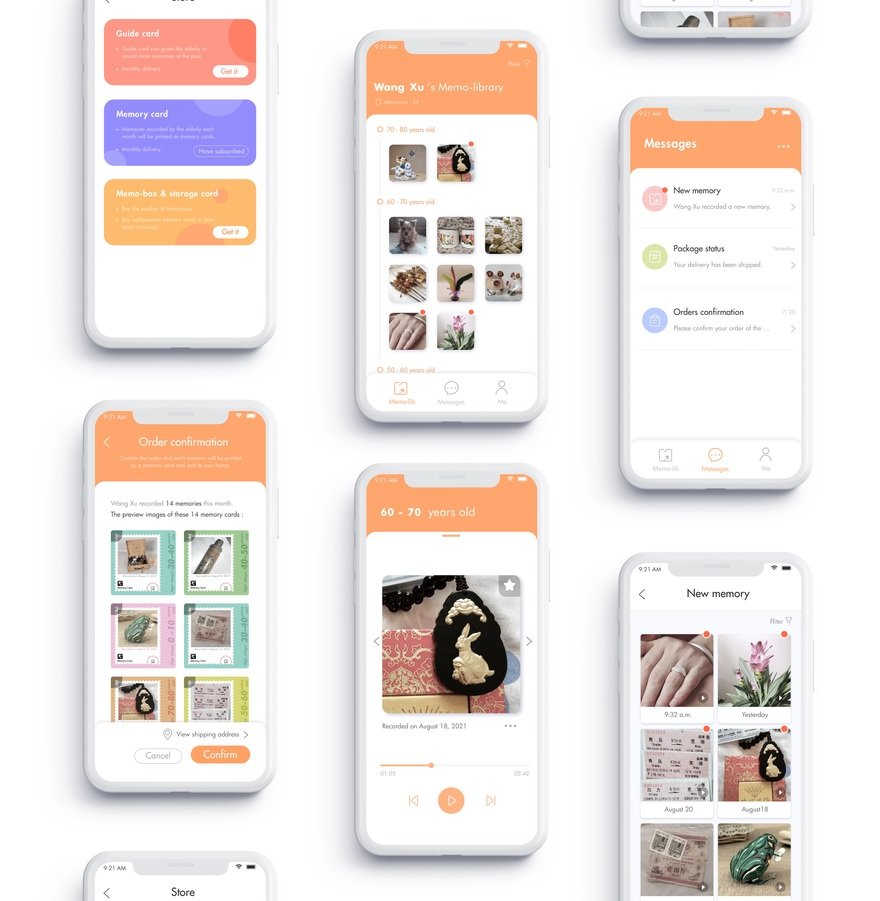 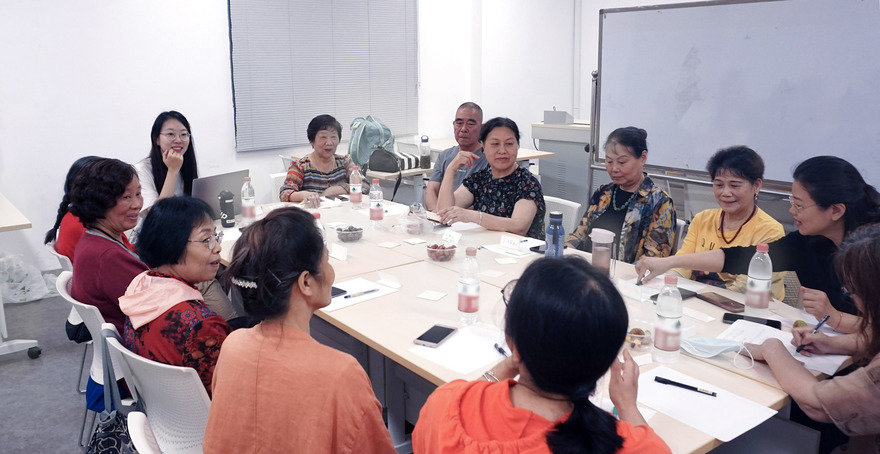 Workshop of the research 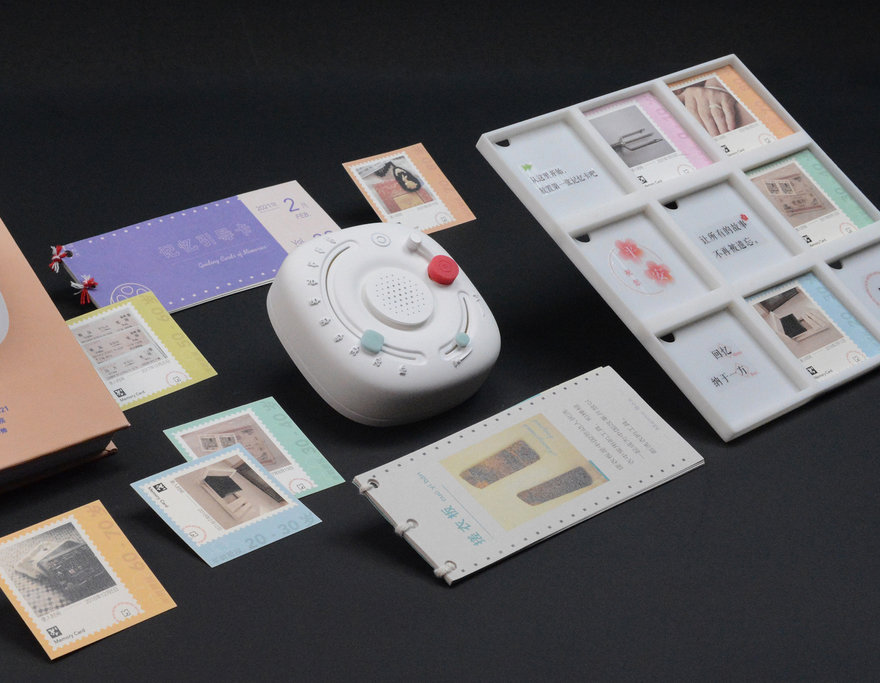 Alzheimer's disease (CTAD) is spreading at an alarming rate, seriously endangering the well-being of patients and their families, and patients will gradually lose more and more memories. And even if they do not suffer from CTAD, as the age increases, most elderly people will experience memory decline.

It is such a pity when people forget precious people and things. Therefore, the project aims to provide elderly with a way to record their memories before they suffer from CTAD or ordinary memory decline, and the memories recorded by Memo Box can be things that happened recently or happened in the past. Actually, many elderly people are willing to express and share their memories with others.

In a word, Memo Box provides a simple, intuitive and self-esteem way for the elderly to record their memories. It is a product service system, consists of the main product, guide cards, memory cards, and an APP ( just for family members to do an order and listen to recordings). Except for APP, no digital interface is used in the system, so the elderly can easily learn to use.

Elderly people can express and share their stories in Memo Box, which brings them the sense of accomplishment and value. In addition, when the user's memory declines, he/she can use Memo Box to recall the story that happened to him/her, and then, they can find who they are. Besides, family members can also learn more stories about the elderly through Memo Box, so the system can enhances family communication.