Located on the South Side of Chicago in the historic community of Bronzeville, we experience the consequences of the city's hypersegregation on a daily basis. We sought to intervene and disrupt the racist outcomes further amplified by the pandemic through design and creative placemaking. We collaborated with nonprofits and small business owners to bring residents together in Anti-Racist Pop-Ups set up in segregated neighborhoods across the city. We created a set of activities that enabled participants to reflect on their experiences to identify racism, imagine equitable futures, and co-design anti-racist infrastructures where they can be protagonists of change. 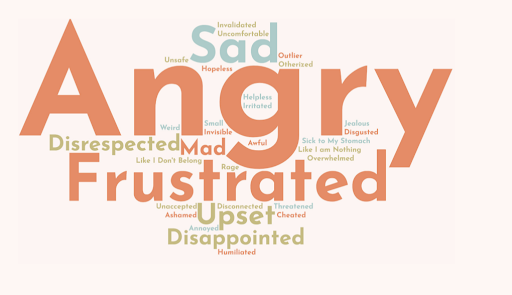 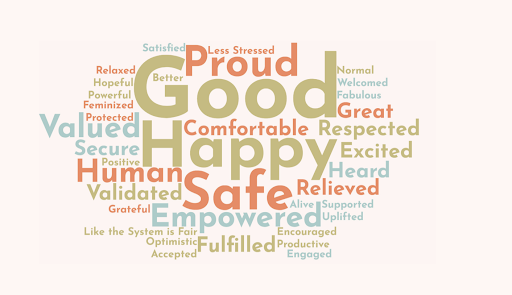 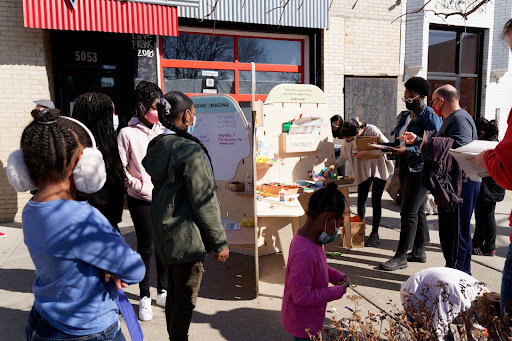 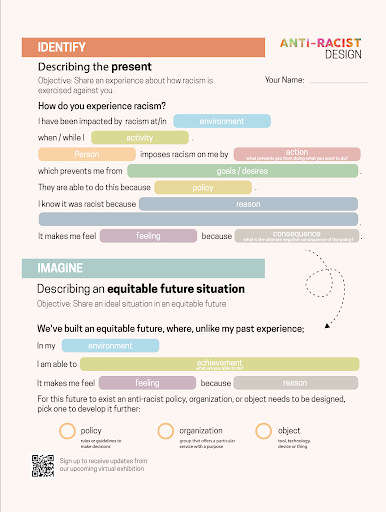 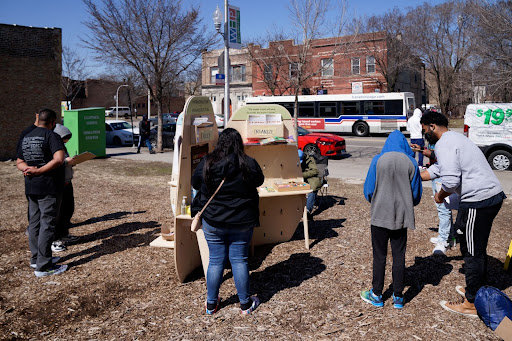 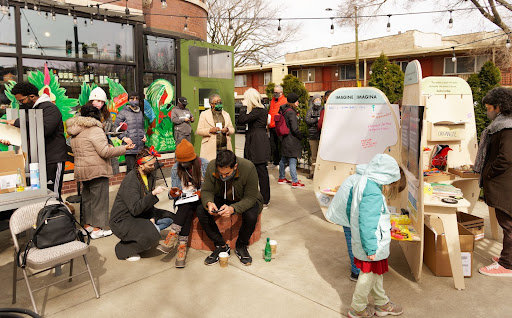 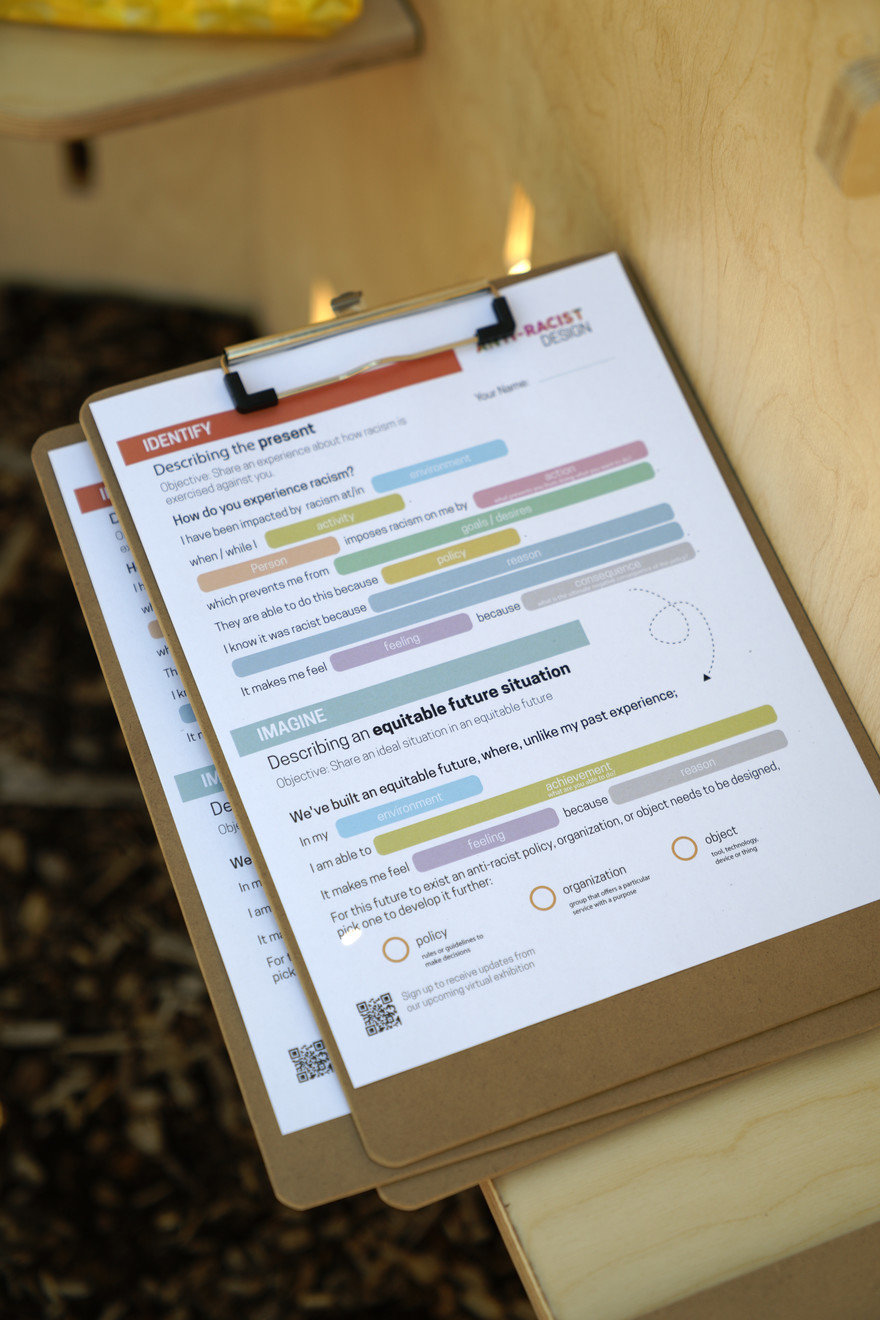 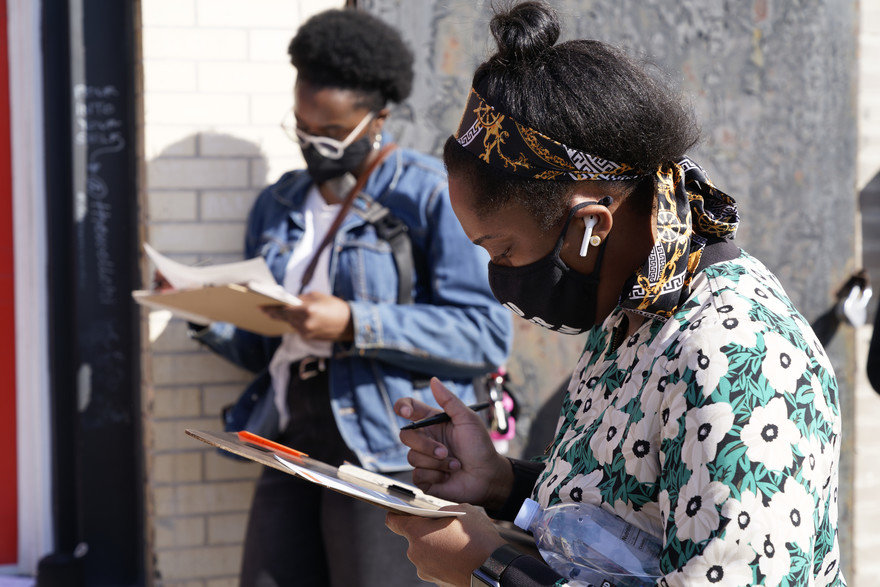 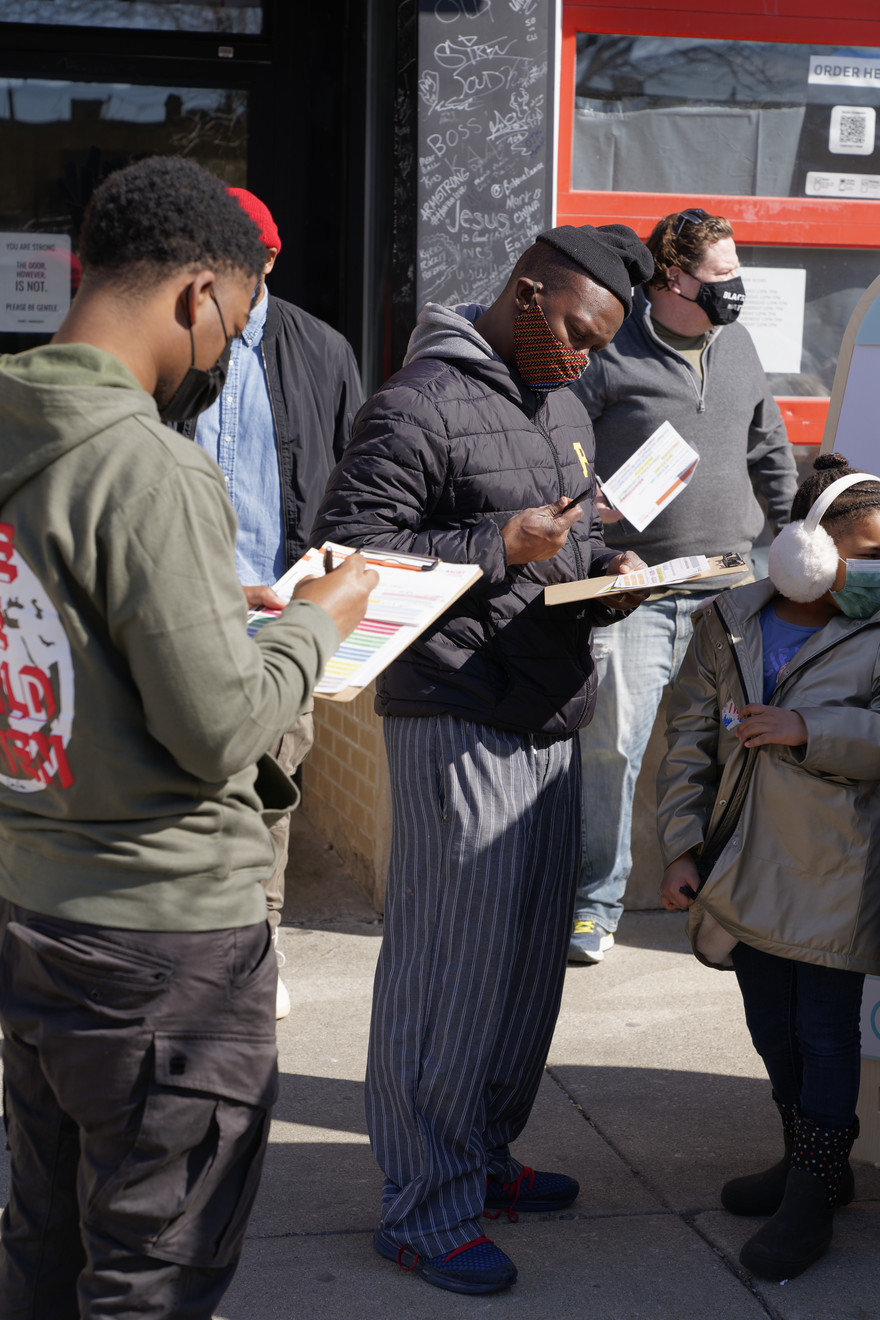 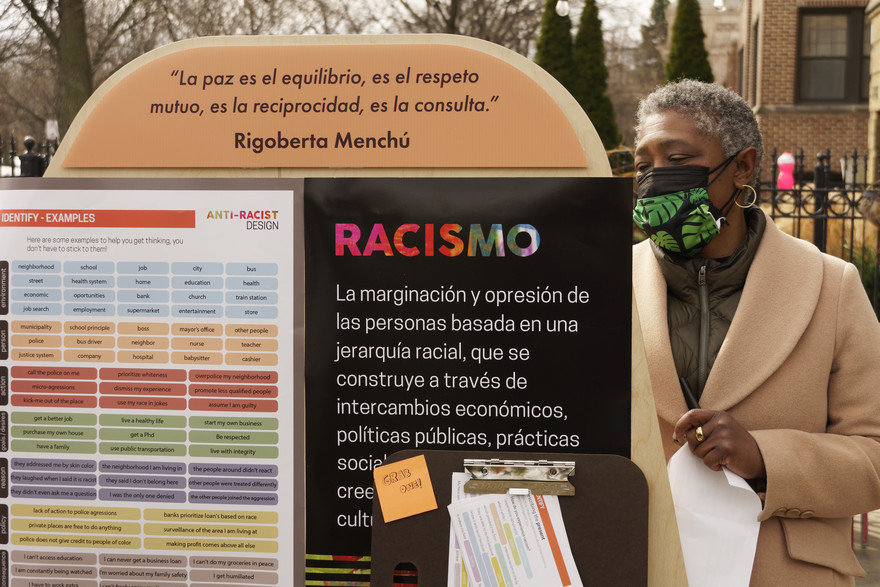 The COVID-19 pandemic further surfaced and amplified the systemic racism already endemic in our communities. The possibility of dismantling racism and building equitable futures depends on our collective capacity to identify racism, envision equitable alternatives, and take action. However, the pervasiveness of systemic racism makes it hard to identify when it is so deeply ingrained in every aspect of our society. This challenge is further amplified by the common misconception that 'not being racist' is sufficient to stand against racial discrimination, which favors passiveness rather than action.

Anti-Racist Pop-Ups are built on the idea that when presented with accessible space and tools for reflection and creativity, people can be the protagonists of equitable futures that we aim for.

Partnering with local Black and Brown-owned businesses, such as FriiStyle Chicago and Birria Ta-Ta-Tacos, we set up design pop-ups tactically positioned on the precipice of segregated neighborhoods across Chicago. We sought to create integration zones and open conversation in places where racism is heavily affecting people's lives.

Our three initial pop-ups took place between March and May 2021 in three Chicago neighborhoods: Logan Square, Bronzeville, and Garfield Park. The pop-ups combine tools and methods from co-design and futuring in a 3-stage activity takes participants on a cognitive journey:

Each stage took place in one station of the Pop-Up, supported by simple worksheets for easily navigating the activity.

We reworked complex methodologies, such as policy design or an organizational structure, into visual materials that non-designers could easily interact with. Using a cheap and easily distributable tool, the worksheet, we were able to provoke new perspectives and deep reflection in a way that is easily accessible. The language emphasized a personal reflection that invites emotion, rather than a purely rational one. Thanks to the color-coded structure of worksheets, the activity was accessible to participants of all ages. Participants with a literacy barrier were also able to engage in the activity with the support of facilitators.

Although the activity was designed as an individual one to maintain social-distancing, people began to react to these materials collectively and discuss among themselves. The tool quickly became a conversation facilitator, helping people recognize less evident manifestations of racism in their shared experiences. Participants built on each others' creative work to envision anti-racist infrastructures such as policies, organizations and artifacts that are often black-boxed in institutional jargon.

Anti-Racist Pop-Ups demonstrated an accessible, low-cost, and replicable way of activating collective reflection in communities on racism and empowering individuals to believe they can build a future where racism is eradicated.

The experience of racism is overwhelming, and it is easy to lose sight of an alternative reality. The unique value of this project is its capacity to enable deep reflection on systemic racism and ways to build equitable futures in an accessible and replicable format that can be deployed anytime in any place.

Through this cognitive and emotional journey, participants aligned for a common cause: tearing down racist constructs and becoming the protagonists of equitable futures. This instilled the empowerment and recognition that equitable futures are not possible solely through awareness of a problem, but require the courage to imagine and create collective action.

Unlike conventional workshops, the Pop-Ups invited participants to move one step further than reflecting and moving toward action. Participants went hands-on, prototyping what actual anti-racist policies, organizations, and artifacts would look, feel, and act like. We believe that rendering accessible these often complex and black-boxed infrastructures is essential as we invite communities to take anti-racist action.

The immediate impact of the pop-ups was enabling people to feel that a future where racism no longer exists is indeed possible, and that we, collectively, are the ones who need to build it. As one participant put it: "This racism feels like it's always going to be here. It's almost like I did not know that I was allowed to imagine it gone. It feels good."

The anti-racist pop-up is not the solution to racism, but it is a bottom up initiative that creates space and provides opportunities to understand and address the harm racism causes in our society. For many, this experience will surface a variety of strong feelings, all of which are meaningful and valid. As we analyzed the participants' materials, including their worksheets, we saw that the dominant word used to describe how they felt about their experience of racism was "angry." People also felt "disrespected," "ashamed," and "invisible."

Conversely, when participants imagined a future without racism, the primary word used to describe how they would feel was "happy", followed by "human", "valued", "empowered" and "safe." After experiencing the pop-up, participants were asked what their feelings were about engaging with activities aimed at creating anti-racist infrastructures, environments, and experiences. The overwhelming response was "possible."

We consolidated all the materials and activities of the Pop-Ups in a digitally distributed playbook (see website) that can be used by community organizations to replicate it across different neighborhoods and cities. Just as racism is not experienced in a uniform way, there is no single infrastructure that can build equity. Deploying the Pop-Ups in different locations enable a diversity of experiences and opinions to surface, which can pave the way for new forms of anti-racist action by leveraging collective creativity.