AeroChamber2go* 2 in 1 chamber and protective case for inhalers

The AeroChamber2go* device is the newest member of the AeroChamber* family of Valved Holding Chambers. The 2 in 1 chamber and protective case for the inhaler is designed specifically for use on the go.

The AeroChamber2go* device was developed with help from people with asthma and COPD. We advertised on social media to recruit people who had experience using inhalers. Many of the people were involved throughout the entire development process, providing input on different aspects of the product design as well as packaging and promotional materials. In fact, all of the models used in our promotional material for the AeroChamber2go* chamber are people who provided input throughout development.

We want people to be able to go with confidence and to do all of the things that they love doing and not let their breathing slow them down. The AeroChamber2go* is proven to deliver inhaler medication better than the inhaler alone and to allow people to easily inhale their inhaler medication when they need it most. 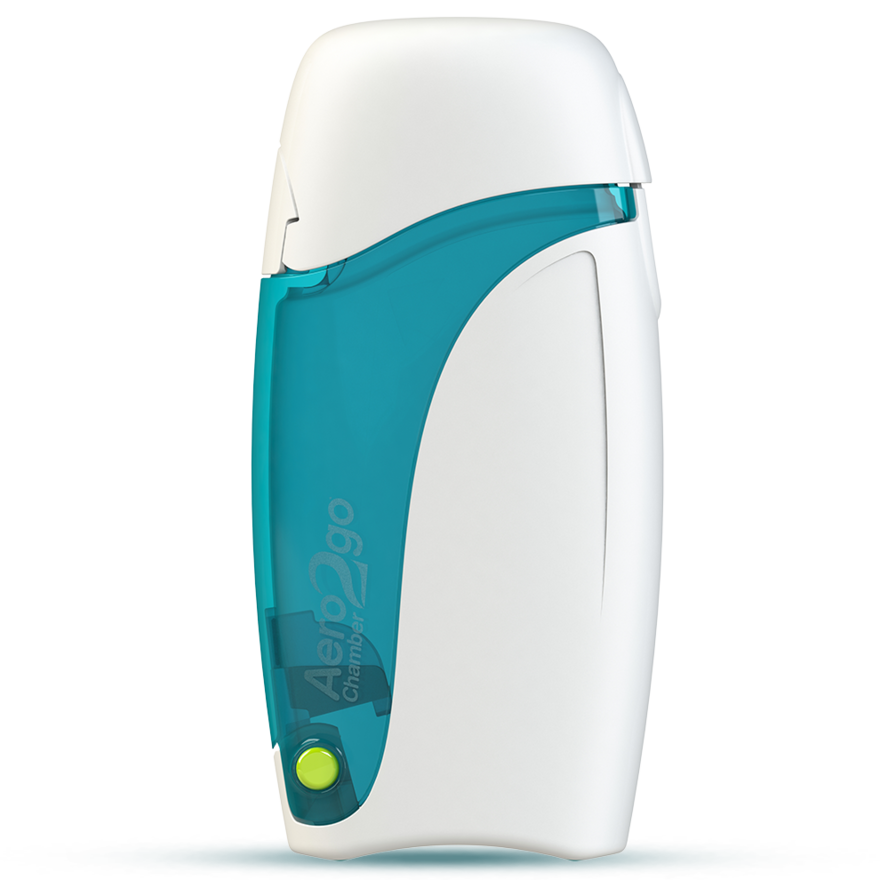 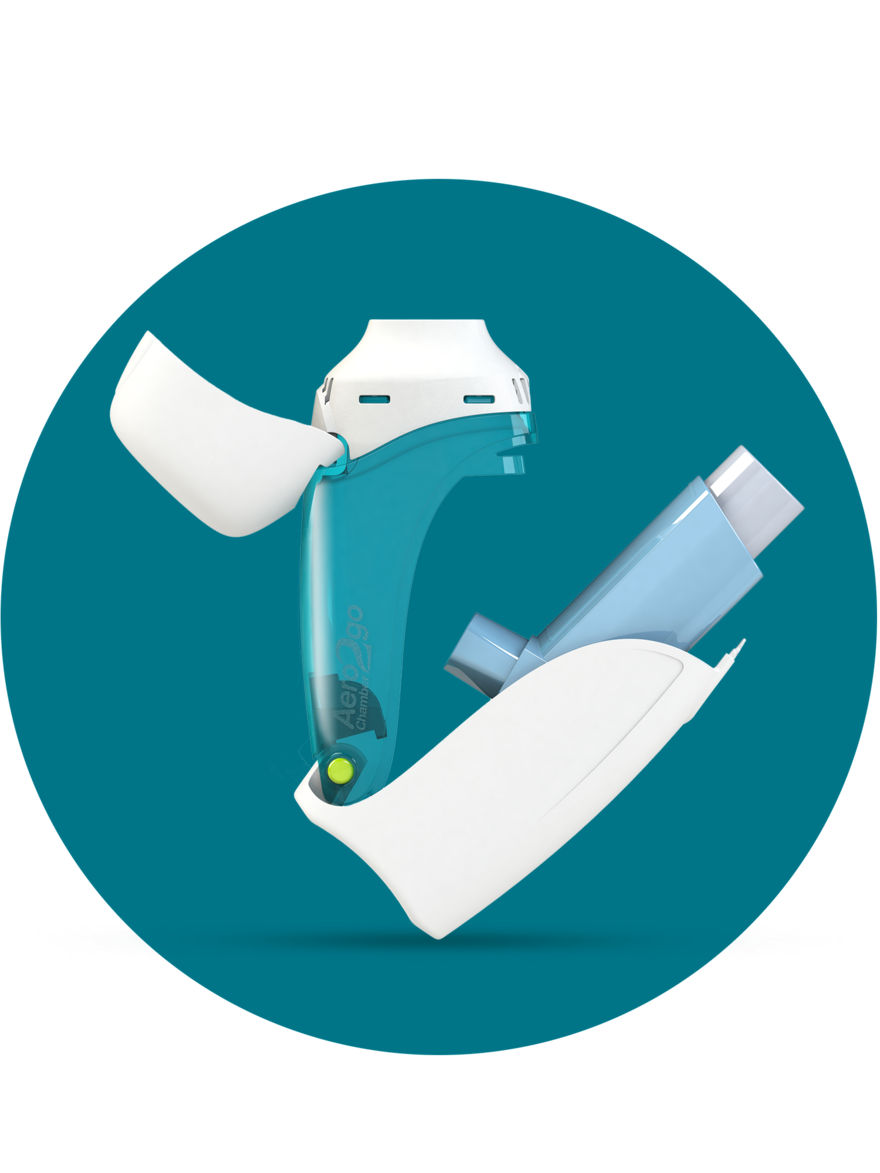 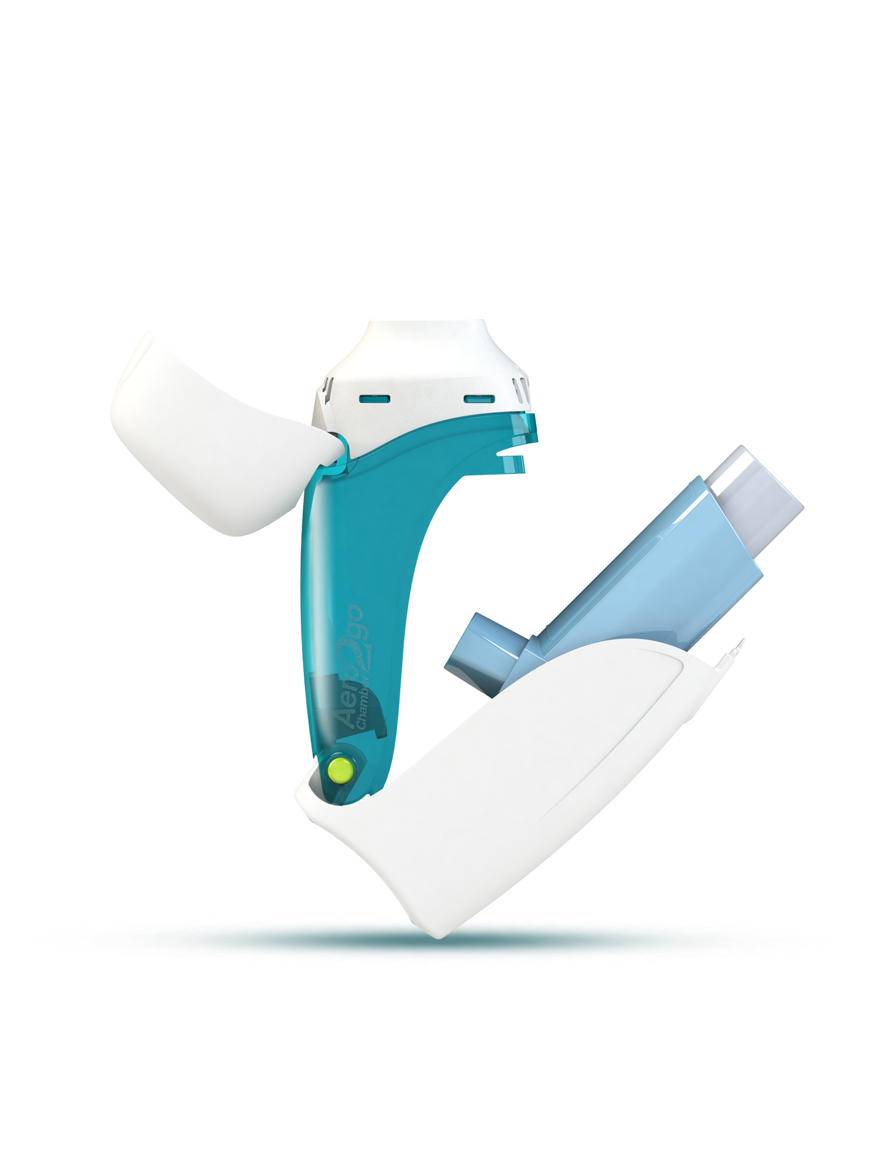 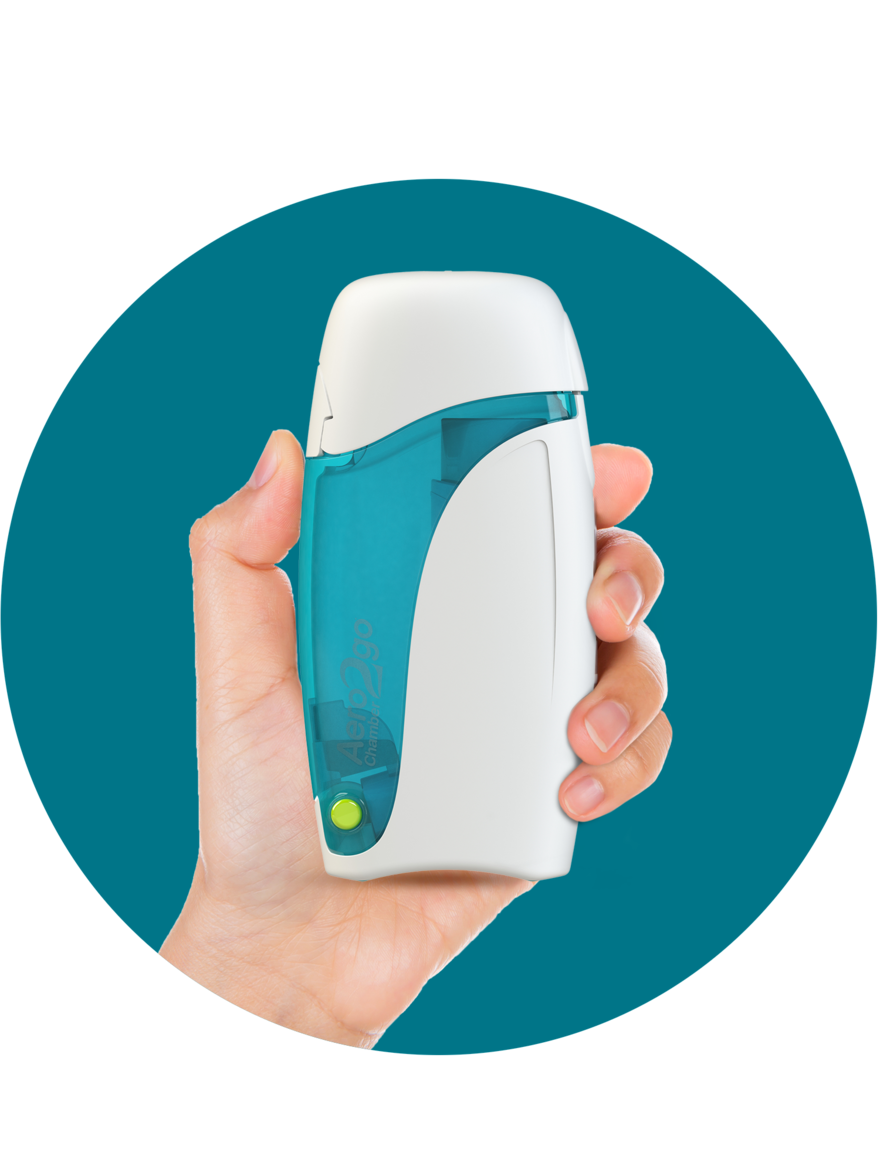 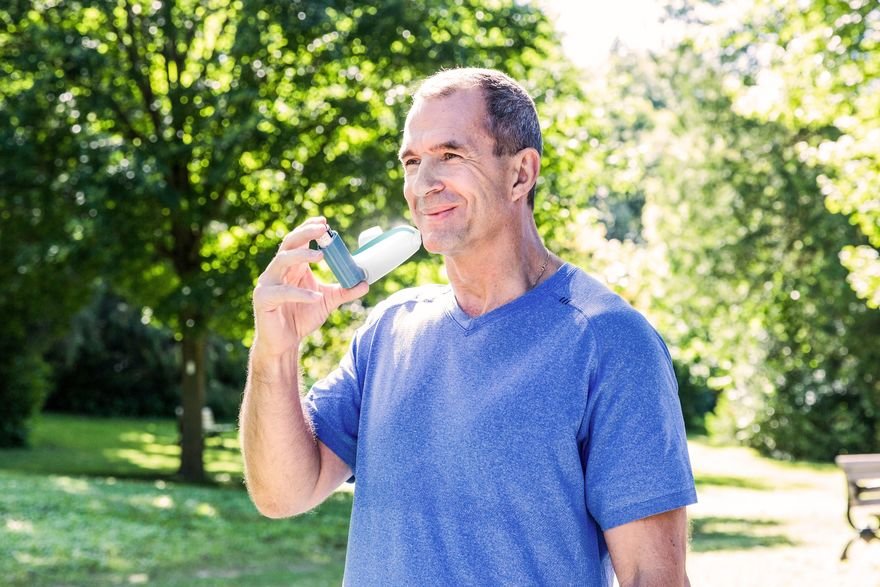 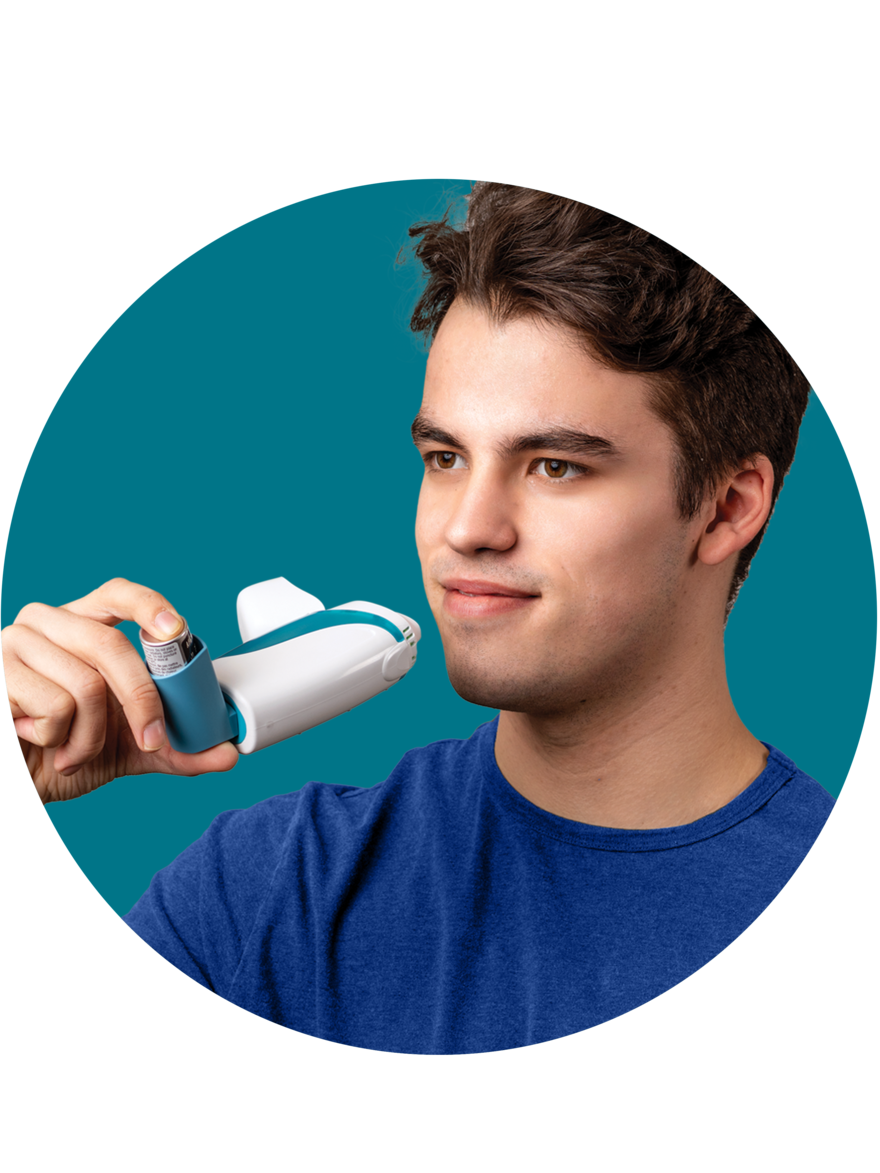 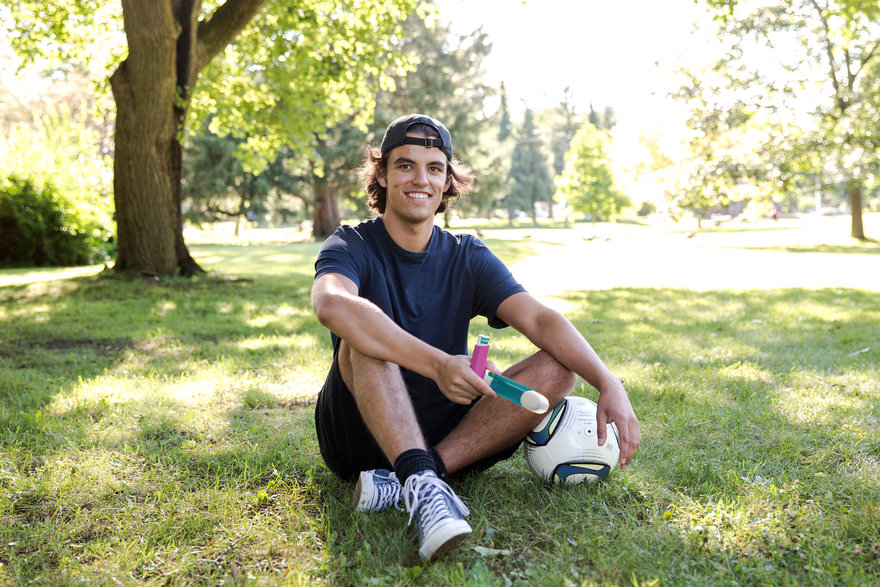 The AeroChamber2go* Chamber is a compact, 2 in 1 chamber and protective case for the delivery of inhaler medication to people while on-the-go. The chamber is proven to deliver inhaler medication better than the inhaler alone and was developed with the help of people with Asthma and COPD.

Inhaler medication is the cornerstone of treatment for people with respiratory conditions such as Asthma and COPD. However, inhaler medication can be especially difficult, shown as 88% of people feel like their inhaler medication isn't always working. During an exacerbation, people are breathless, coughing, and often panicking, all features that impede effective use of inhaled therapy at the time when it is most needed.

Chambers optimize inhaler medication delivery, allowing more medication to be delivered to the lungs, where needed, and reducing the amount of medication that deposits in the back of the throat. They also allow people to breathe normally and not have to coordinate pressing the inhaler at the exact same time as they inhale. This is important because studies show that 9 out of 10 adults do not use their inhalers correctly. Even a 1 second delay when using the inhaler alone reduces the dose delivered by 80%.

Asthma attacks often occur outside of the home when people are exposed to different triggers. Exacerbations can occur with little warning, even in patients whose symptoms are usually mild and well controlled. However, the majority of adults do not carry chambers with them when on the go. We found that the primary reason people don't carry chambers with them is their size and appearance.

The AeroChamber2go* device was developed with help from people with asthma and COPD. We found that people preferred a combined 2 in 1 chamber and protective case to smaller collapsible chambers. Many users reported losing the caps for their inhalers and as a result, inhaling debris such as dirt, bugs or lint. There was also a strong preference for devices that were discrete and do not look like medical devices.

We designed the AeroChamber2go* chamber so that people around the world can breathe easier and to help enable them to easily inhale their life saving inhaler medication when they need it most.