By making safety the most convenient option, the Ascender Tethering System reduces worksite injuries and fatalities caused by falling tools and helps industrial climbers maintain a smooth workflow both on the ground and 60m above it. It consists of a tool bag reimagined for climbing, tether retractors and a unique, two carabiner system.

The system's greatest strength is its ability to transform and adapt to the industrial climber's needs. Rolled up, its low profile and compact footprint keeps it out of the way, making climbing with tools safe and uncomplicated. When unrolled, it turns into a workstation with all tools easily accessible. The light coloured material creates a contrasting backdrop for higher visibility. Instead of permanently tethering tools to the harness or untethering tools in order to switch them out, the Ascender Tethering System makes use of a unique, two carabiner system designed to make switching out tools a seamless, one handed experience that never leaves a tool untethered. 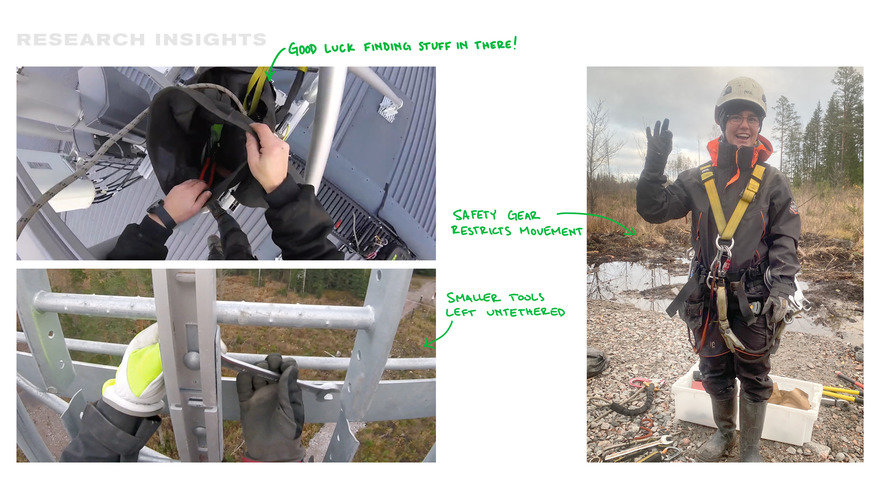 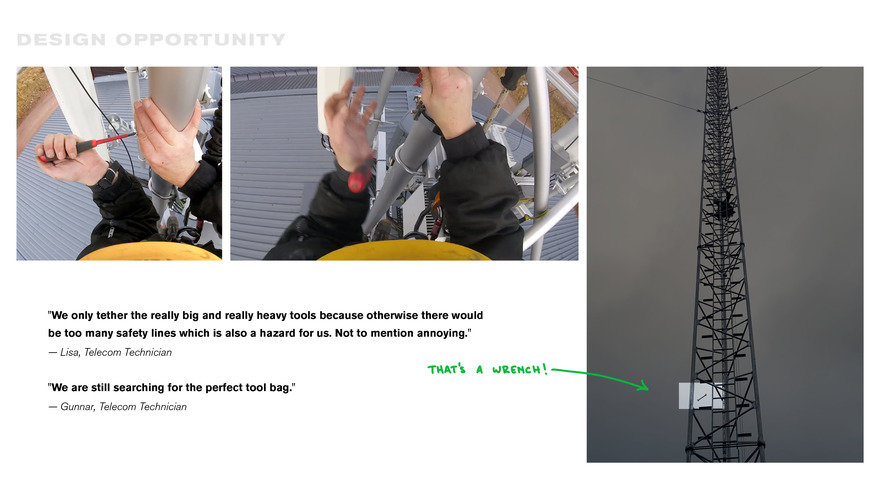 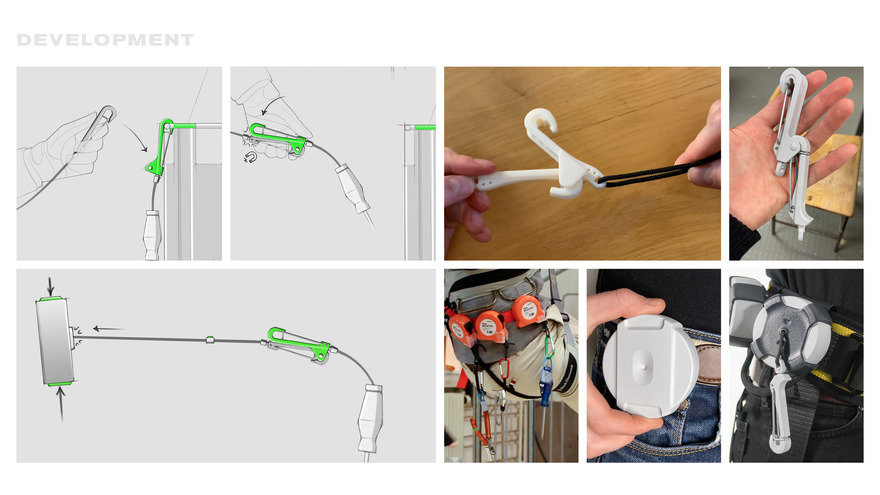 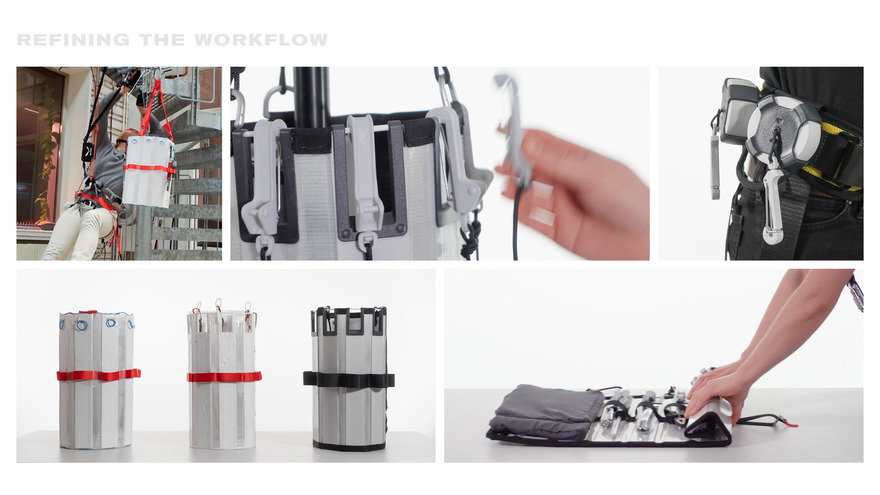 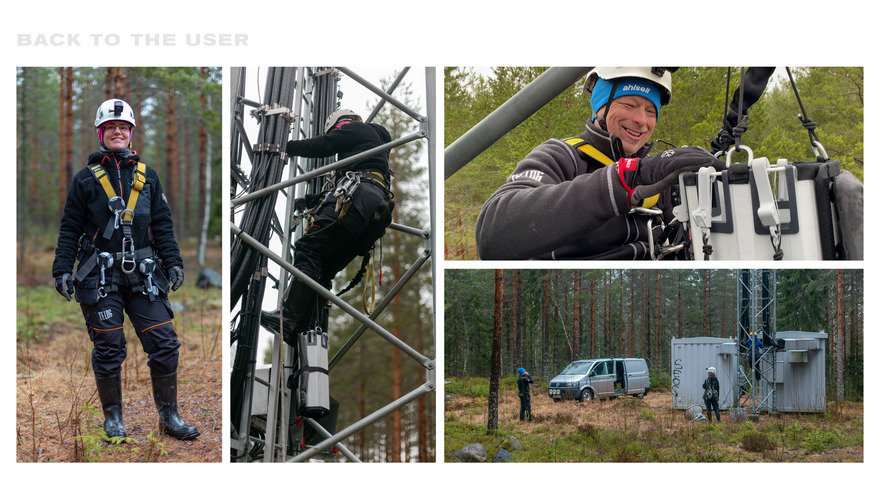 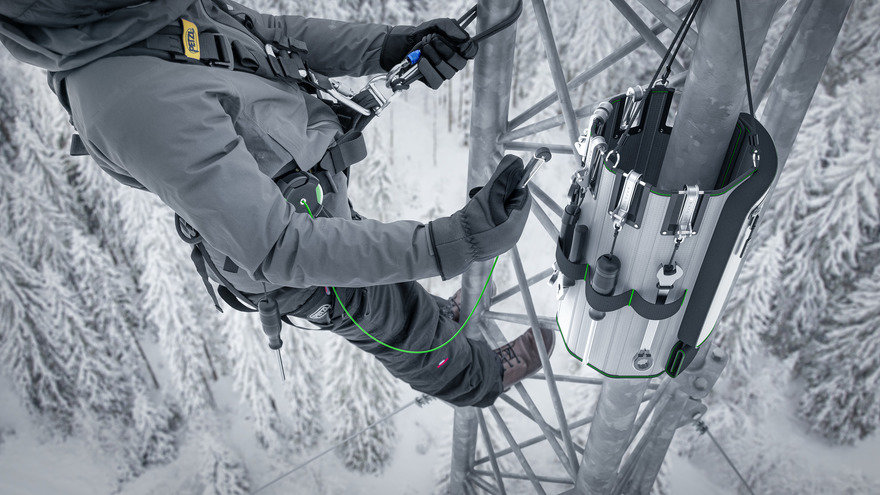 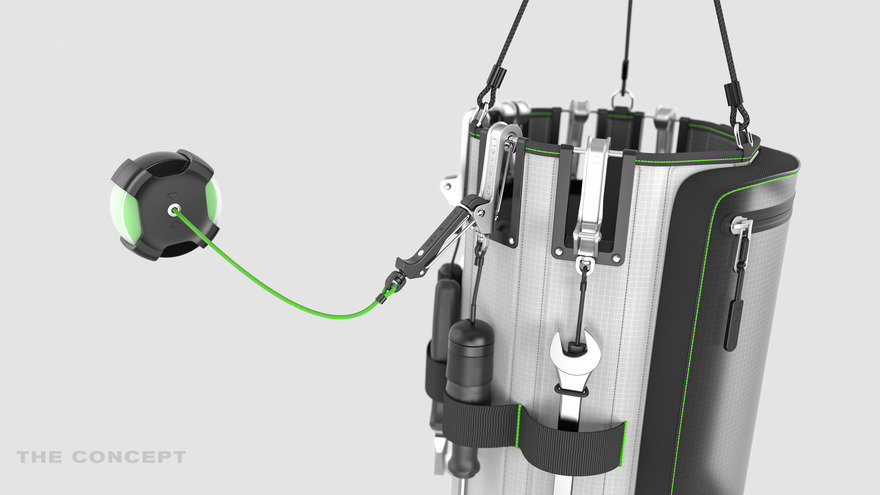 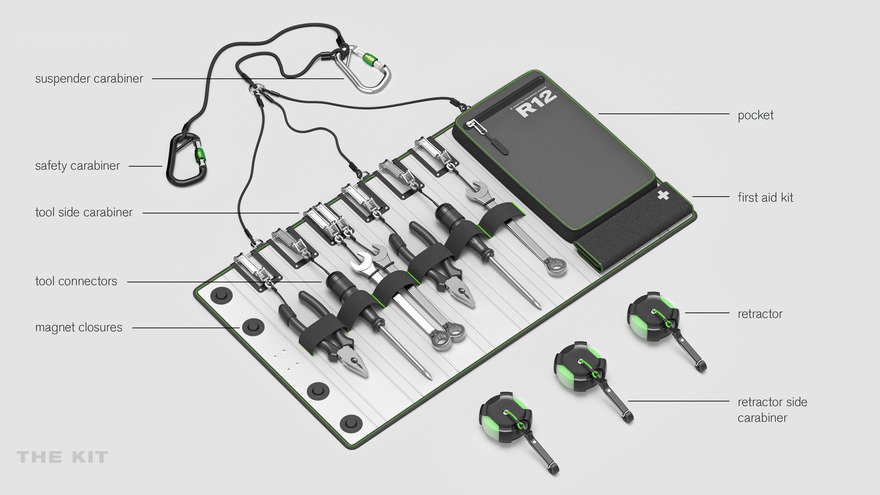 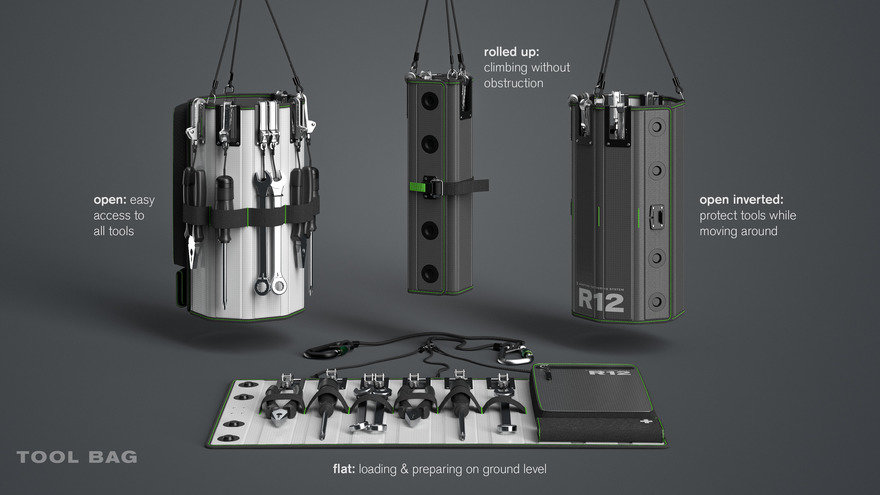 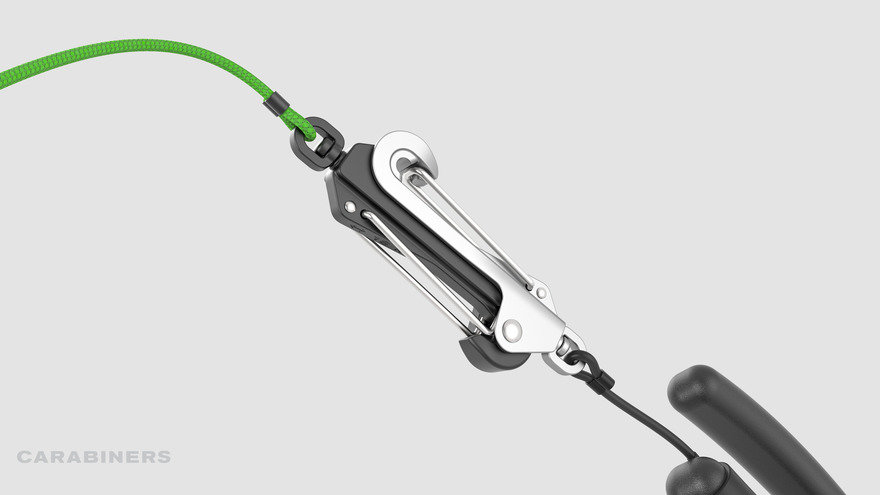 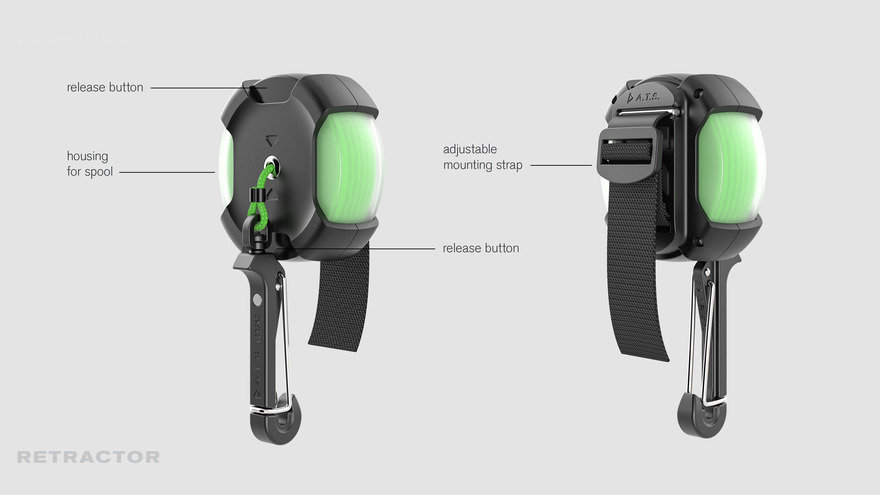 According to the U.S. Bureau of Labor Statistics, a reported 54,000 nonfatal falling equipment incidents happen annually. At 148 recorded incidents per day in the U.S. alone, safety was a key motivator for this project but it was not the only one. Research trips to the south of Sweden where we spent 60+ hours on site with industrial climbers gave many valuable insights, including the fact that losing a tool while working at height wastes an incredible amount of time and energy. Climbing down a 75 meter mast to retrieve a lost tool is a colossal waste of time and the ultimate workflow disruptor. Our research insights also showed that, despite putting their colleges at risk and wasting valuable time, the main reason climbers do not tether their tools is because it is cumbersome. Having many tether lines on the body is a hindrance when working aloft, and creates safety hazards of its own. We asked ourselves: can we design a system that not only improves safety, but also provides a better workflow and climbing experience?

The Ascender Tethering System adapts to each phase of working aloft. First preparing at ground level, then climbing and finally working. The tool bag can be laid flat when preparing, making it easy to load with the necessary tools. It can then be rolled into a compact cylinder for safe and streamlined climbing. Upon arriving at the work area, the bag can be unrolled, inverted and then suspended from scaffolding or other structures. The open bag offers a complete visual of all the tools and makes swapping them out fast and accessible. The tool bag is accompanied by the retractor, a device that stores the tether when it is not in use and allows a climber to have as many tethers as they need without the risk of disorder or entanglement. Pulling the retractor's carabiner pulls out the tether and pressing the top and bottom buttons simultaneously will retract it. This dual button system prevents accidental retraction and allows the tool to be used without the tether pulling on it. The retractor's adjustable buckle enables it to be attached to any belt, appendage or climbing harness. Bridging the gap between the tool bag and the retractor are the carabiners. A system comprised of two different carabiners that create one seamless workflow: the retractor side carabiner is permanently attached to the retractor's tether while the tool side carabiner is fixed to the tool. The tools are clipped into the bag with their carabiners and when the climber wants to take one off, all they have to do is pull the retractor side carabiner with the tether, clip it into the tool side carabiner's rear attachment point, flip it up so the magnets make them one entity, and, now that it is tethered, unclip the tool from the bag. The carabiner's elongated bodies allow for effortless handling and clipping, even with thick work gloves.

This project began with ethnographic research that was conducted in the form of observations, user studies and interviews. We followed and observed two experienced telecom technicians while working at two different job sites in the south of Sweden over the span of six, ten hour days. Many layers were worn as we stood in the pouring rain and cold autumn sunshine to capture research data with videos, photos and pen-on-paper note taking. The gathered insights were then used to identify relevant design opportunities, proving tool safety to be an immediately significant pain point. Taking an iterative, hands on approach throughout the entirety of this project enabled us to think about person-to-object interaction in a meaningful way. Going from sketches to rough, one to one prototypes and testing them in context gave us many insights to further push our concepts. We strapped ourselves into harnesses and dangled under stairwells with our prototypes to test the legitimacy of our ideas and used the resulting video footage to communicate our insights. Seeing as it was heavily dependent on how certain materials behave while bending and folding, it was necessary to physically test the final concept's materiality. A functional final prototype was made to both validate the concept a demonstrate its use.