THE NUTSHELL
This project is an advertising campaign for University Alberto Hurtado to increase rates of applicants and simultaneously strengthen the positioning of the University as a thought leader of major societal issues.Amid a huge volume of advertising for higher education in our country, our hypothesis was that young people were saturated of seeing their career choice treated as retail by advertising. Our insight was that what they were really hungry for, was to connect their career choice with a sense of purpose. With this campaign, instead of selling them a product we invited them to change the world. 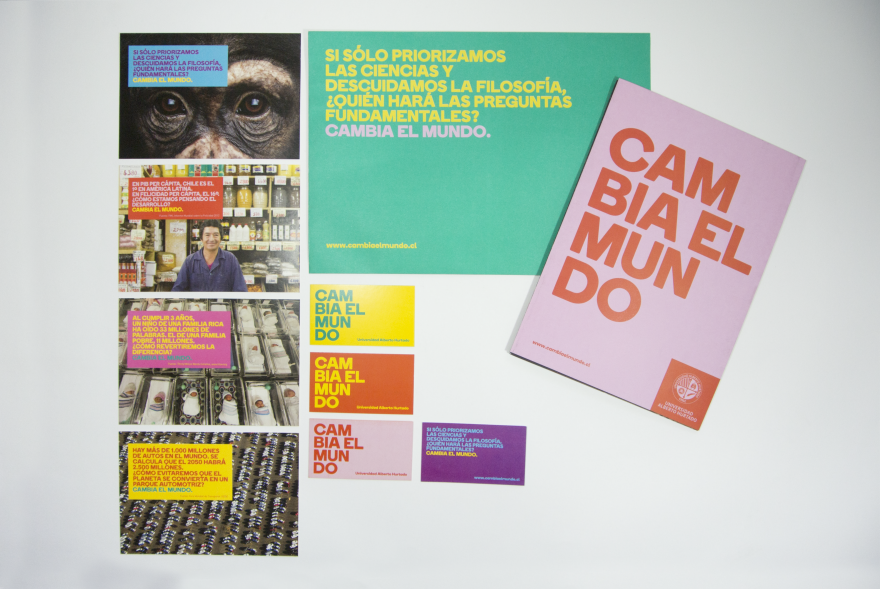 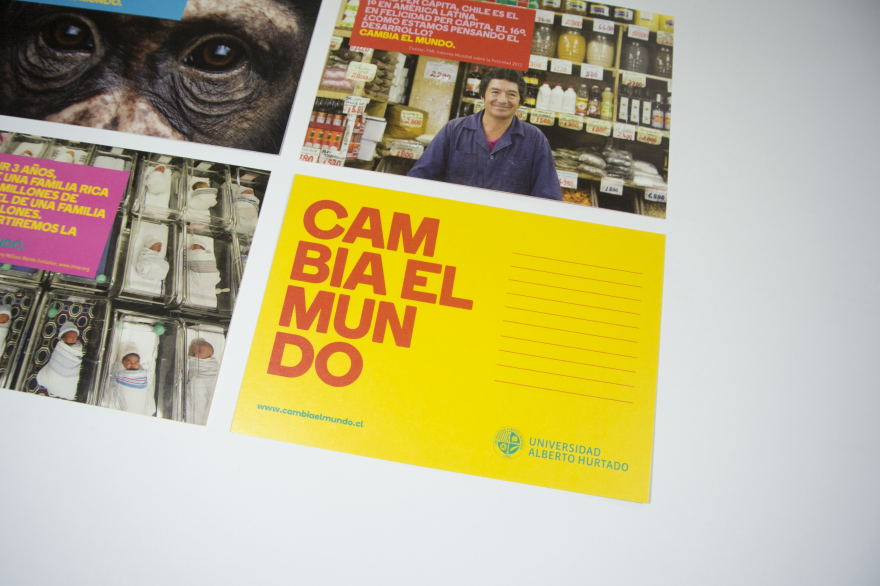 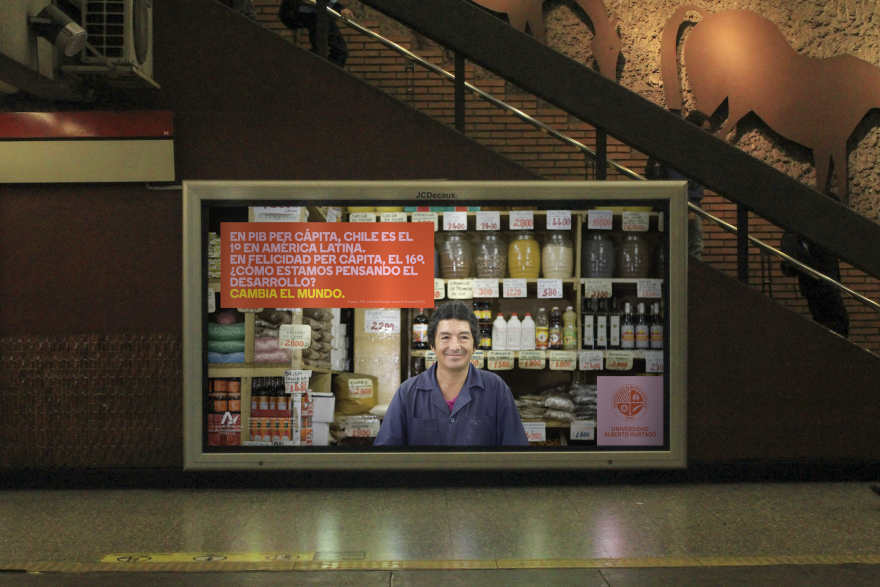 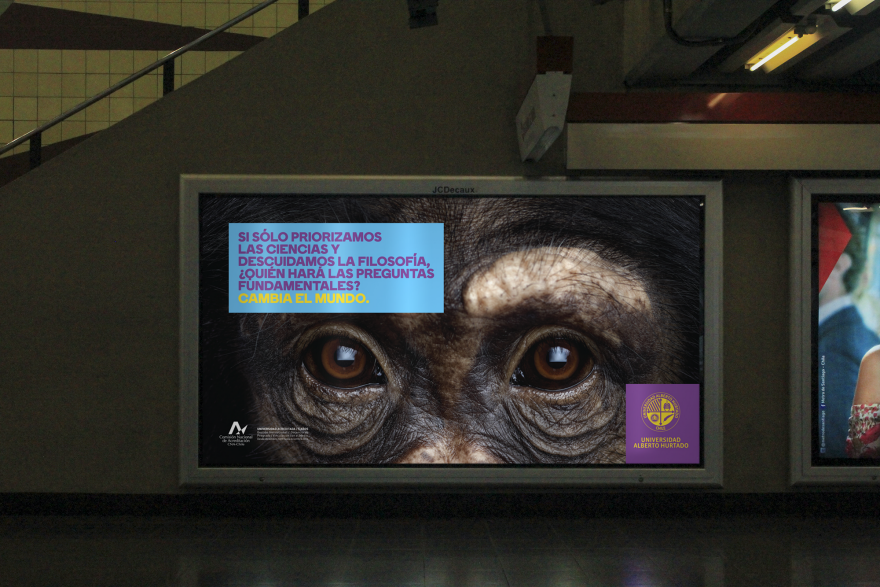 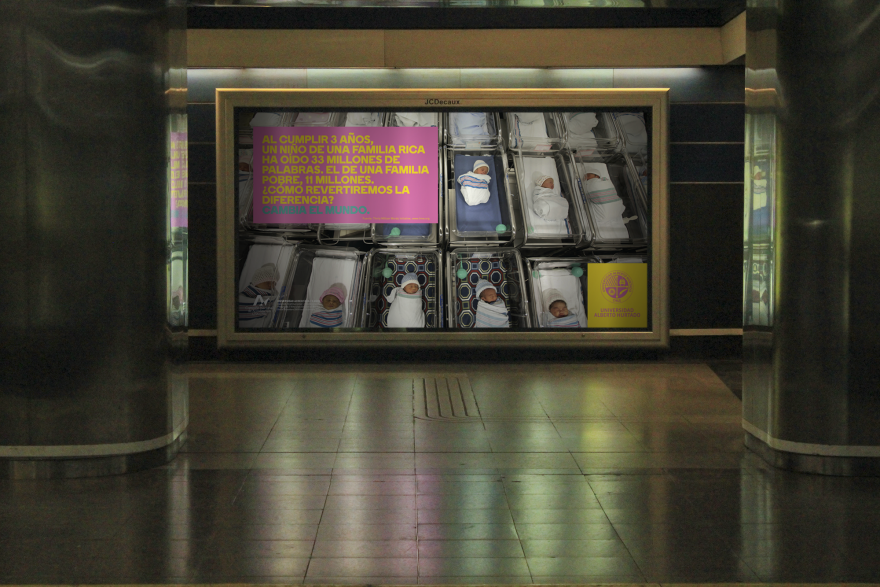 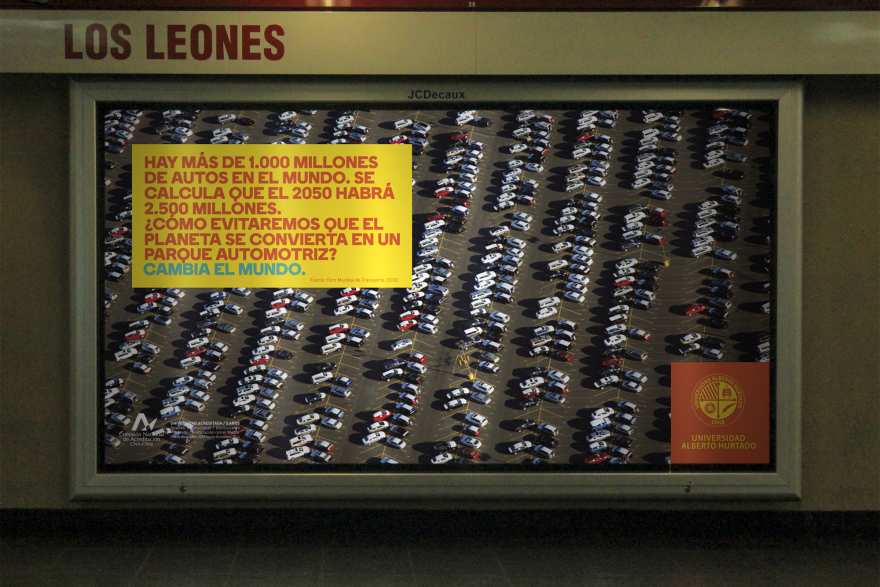 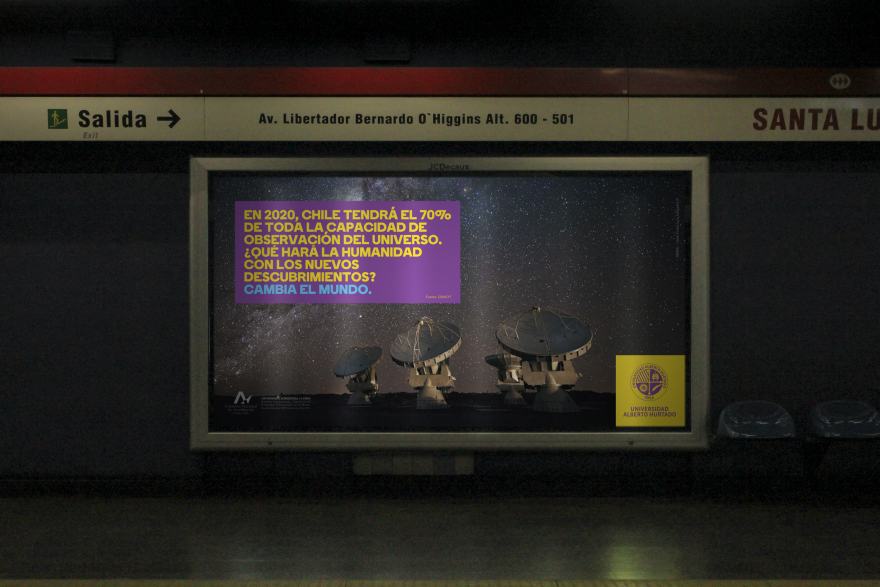 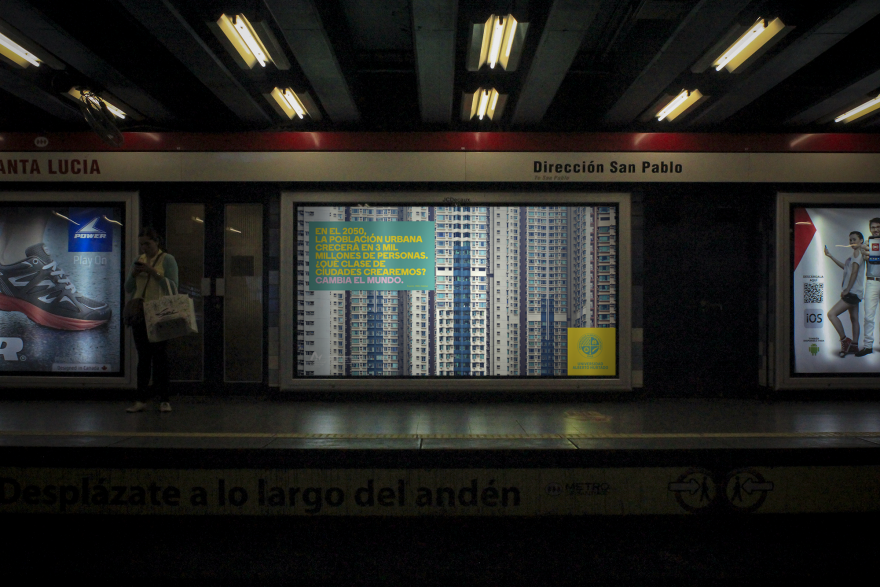 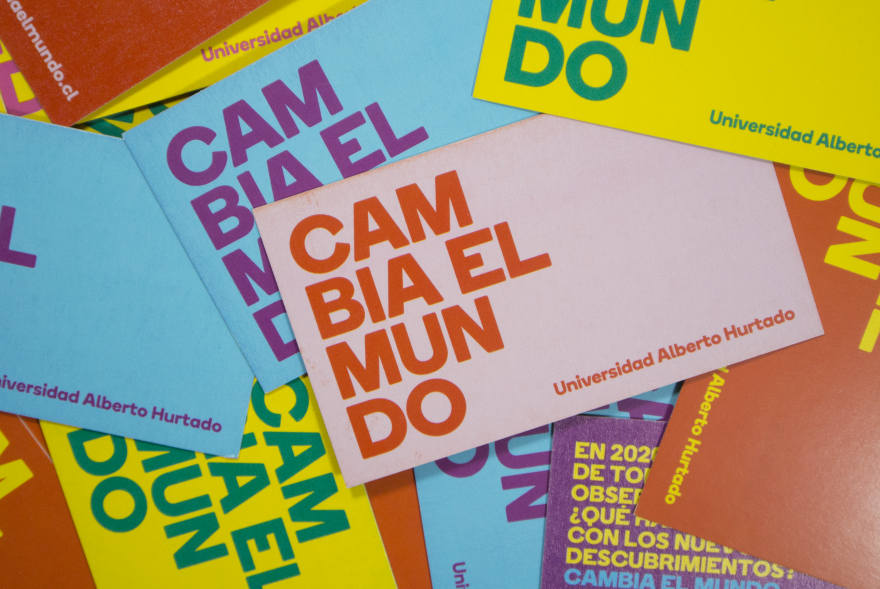 THE BRIEF
The audience of the campaign were academically talented students from all levels of society and especially of Santiago , who dream of going to college and try to identify the best institution in a highly fragmented industry with over 54 competing institutions, and with little transparency on the quality of each one of them.Also, this University is a Jesuit institution and offers careers almost exclusively for the Humanities (literature, anthropology , sociology, history , etc., in a context in which young people tend to prefer the Engineering , Science and Health Careers . It was therefore key to turn the humanities disciplines into a relevant and attractive to pursue a career throughout life.So we faced a double challenge: how to position Universidad Alberto Hurtado with a distinction that depart from the flow of empty slogans , and shape a narrative able to excite the authorities , teachers (faculty), students and alumni and university partners . At the same time, our target was very niche : young people with a vocation for the Humanities, and also belonged to the most talented of his generation.

THE INTENT
Our approach consisted to talk to young people about the impact that a young professional can have in a country like Chile, trying to overcome poverty, reduce inequality and deepen its democracy. For that reason, we tried to use a tone as far away as possible from traditional advertising. We invited them to see their step towards University as a step to start looking and changing the world in a meaningful way. We showed them that this University was more concerned about the world than about earning profit. We invited them to join this campus to think about the big questions and equip themselves to start having an impact in the world.These insights showed us the way: a) Talk about big issues in a non- advertising language , b ) restore the relevance of the Humanities in front of the challenges of today c ) emphasize the origin of the Jesuit university, to seize a tradition of education that started 400 years ago, very far away from the other actors guided by profit generation system.

THE PROCESS
The first design challenge we faced was how to position the value proposition of education in humanities in a way that was contemporary, attractive and relevant to the times. To do this we let ourselves be inspired by data and estimates to open our minds and plot the magnitude of the demographic, technological and political changes we are experiencing . When we built a set of figures and projections, we started asking ourselves how the humanities –that is, history, sociology , literature, philosophy , etc.–, could provide valuable answers to these problems. And so the concept of the campaign arose : Change the World. The campaign is an open invitation to leaders, decision makers, young students, enthusiasts, citizens to think and take action. To change the world. The campaign is the beginning of a series of events and specific actions that aim to bring together the heads, voices and hands of all who want to contribute their ideas and work on this initiative. It is important to note that in spanish the expression CAMBIA EL MUNDO (Change the world) can be read in two ways: as an invitation to change the world, but also as an assertion that the world is already changing. (Something like THE WORLD CHANGES, CHANGE THE WORLD but in just a three word sentence)And so "change the world" is an exhortation , but also an assertion, because it is perfectly connected with finding a sense of mission that the research showed us as valuable to young people who were our target . With that in mind, we created the different ads, each of them connected to a specific problem or way in which the world is changing: population, environment, poverty, happiness, hunger, etc. We created all the phrases based on data. At the same time , we started looking for a visual language that not only would frame the phrases and questions, but also be able to give a new reading , that refresh and create no obvious connections between the text and the image . Thus appeared for example the chimpanzees , that we used to talk about the philosophy and the importance of the fundamental questions , or the photo of the nursery , with which we chose to talk about how the first class of inequality between rich and poor is the number of different words they hear their parents during their first three years of life.

THE VALUE
The campaign had an immediate impact. The Universidad Alberto Hurtado achieved growth of 10% of their tuition compared to the year before, and fully met their growth targets. The admission process ended with 1,200 students enrolled.Marketing budget was 50% lower than in the 2012 campaign , which meant a significant increase in the return on investment: with half the budget , the University enrolled 10% more students. That is, the cost of purchasing a new marketing student fell more than 60 %.

The campaign also resonated with the thousands of graduates of Humanities in Chile, from any university . They felt that the Universidad Alberto Hurtado had been recovering the value for an area of thought that is key to an emerging country like Chile.A brochure designed to be distributed in the best highschools in Chile generated very good feedback from counselors , teachers and students , and our collateral was not enough for the demand at student fairs. The campaign is still being used and it is widely commented in media and social networks.