The Tacoma Art Museum in Tacoma, Washington nearly doubled their gallery and exhibition space with an expansive new wing of Western Art, and commissioned Studio Matthews to create new signage and wayfinding inside and out. Our materials palette references both the original building – architect Antoine Predock's modernist silver box – and the new addition by Olson Kundig Architects, clad in deep-brown Richlite, an industrial material fabricated locally. Bright stainless steel and dark, industrial steel combine throughout the scheme with TAM's iconic red brand color to tie together the old and new wings.
As our signage and wayfinding concepts came together, we were also awarded the opportunity to re-brand the Museum. The new logo bridges a modern and Western sensibility, to relate to both their collection of Northwest modern art and their new acquisition of Western American art. Much as the large louvers on the new facade were inspired by Old West cattle train cars, the stencil typeface (custom designed for the Museum) was inspired by Western cattle brands, from which came the original definition of a "brand." 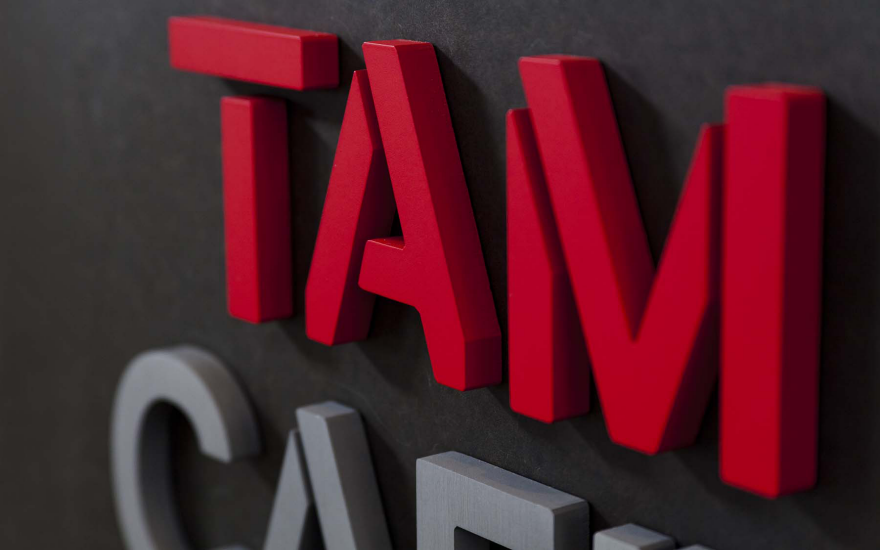 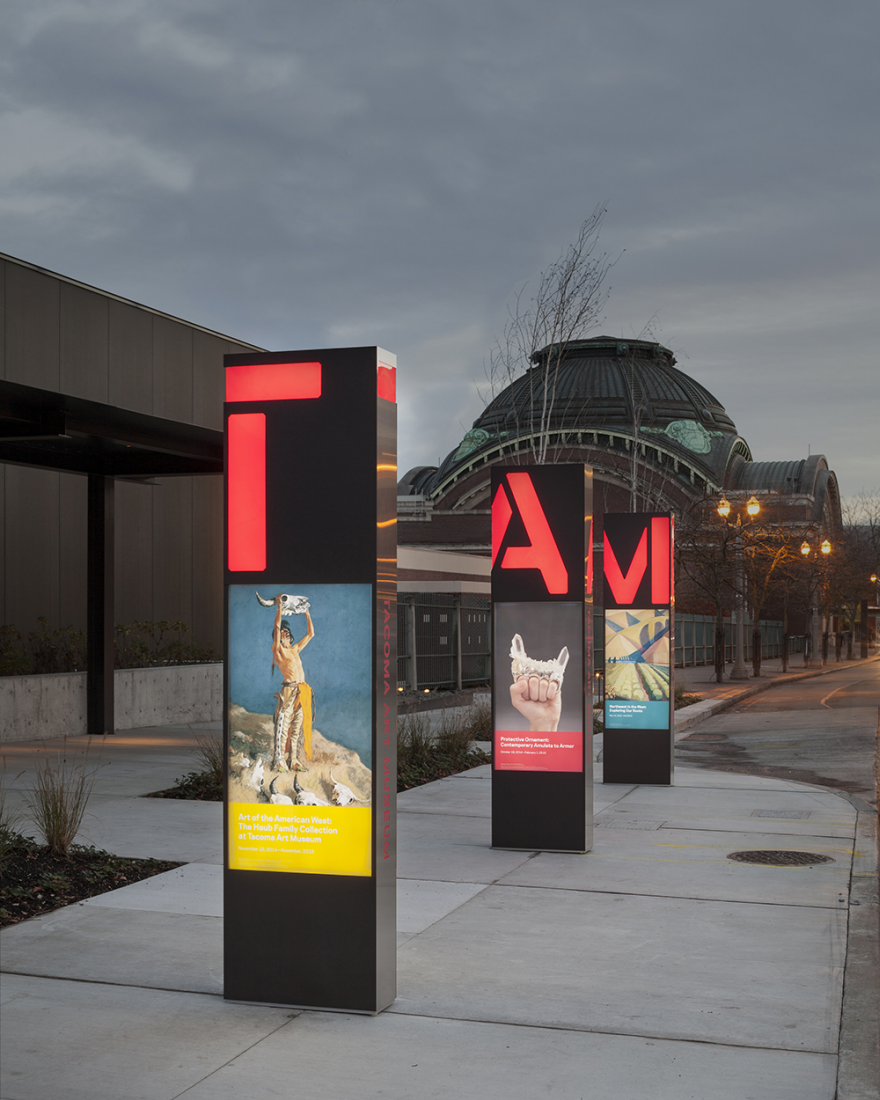 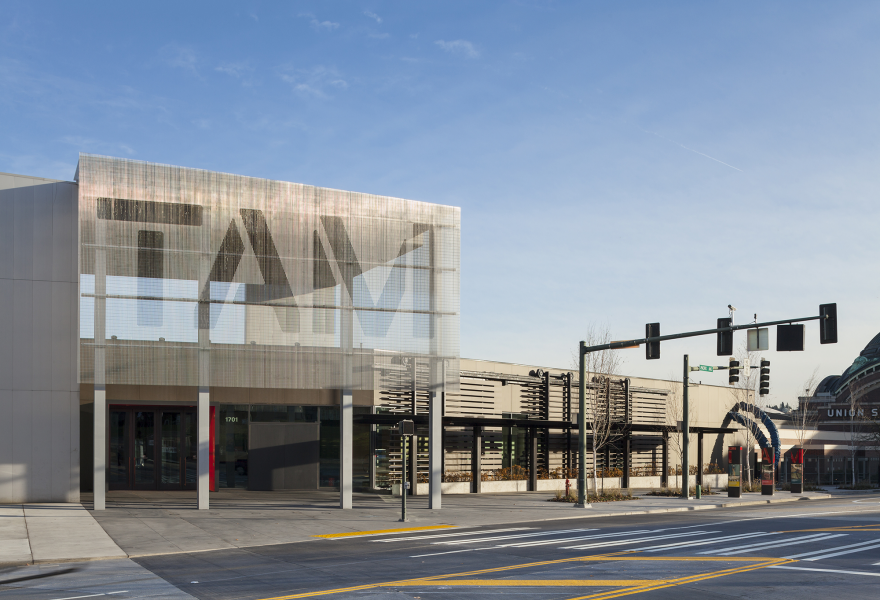 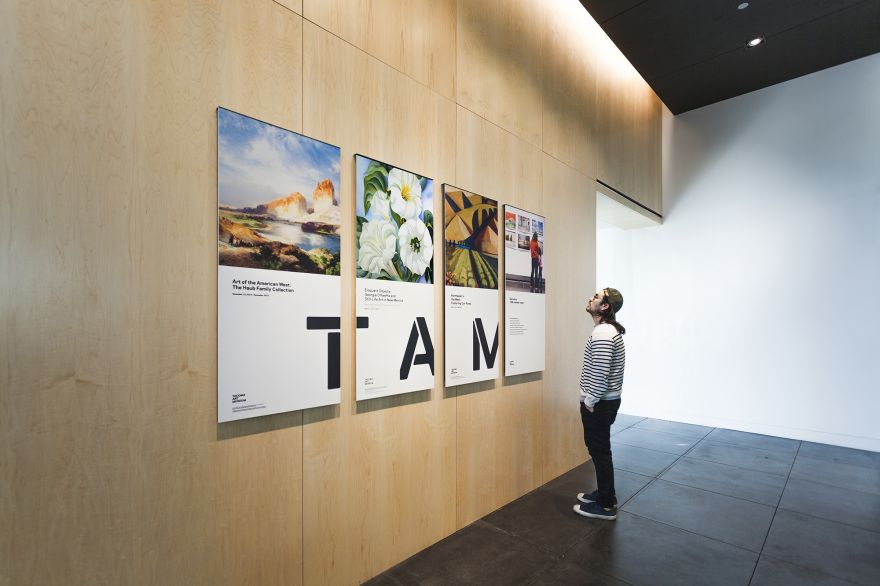 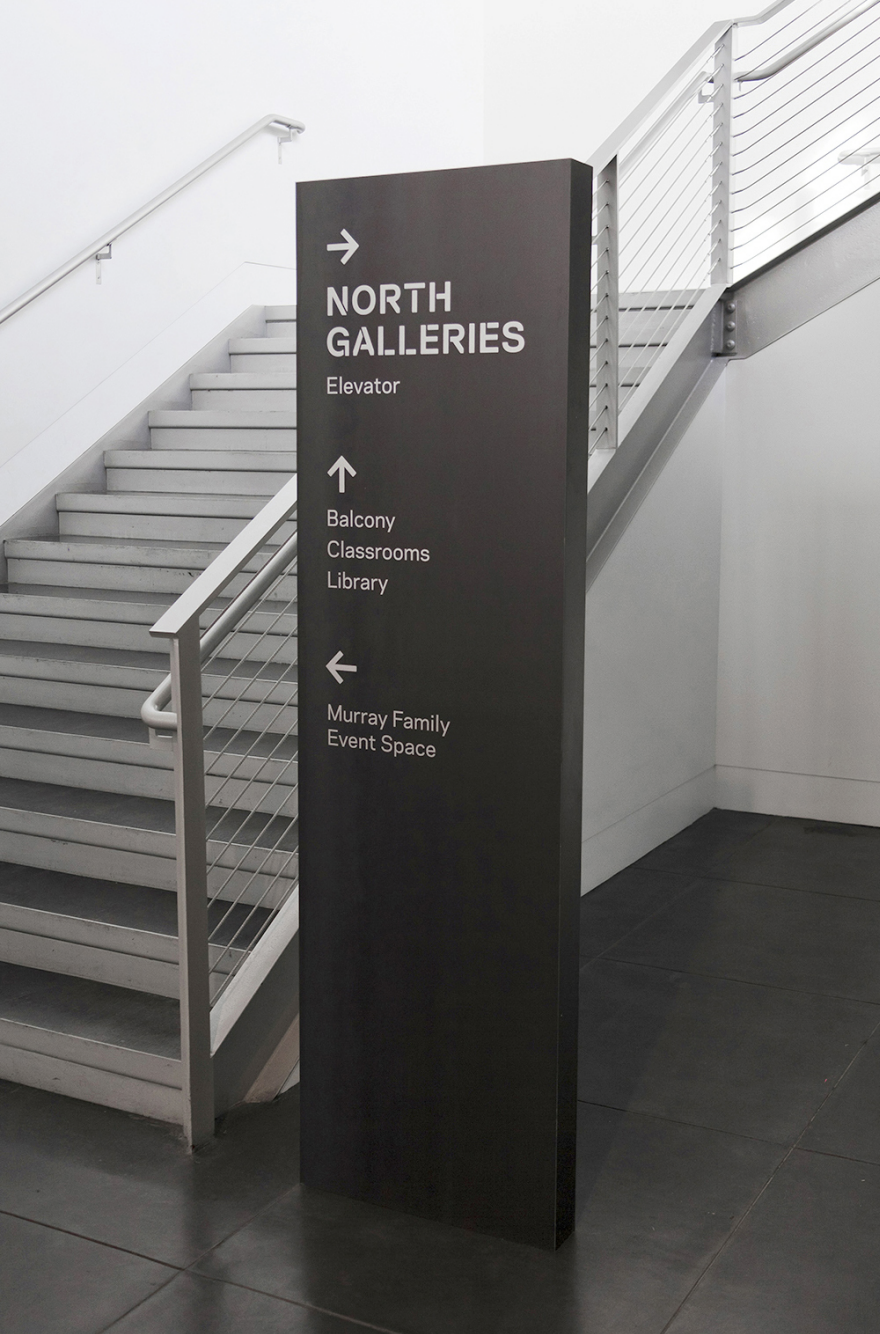 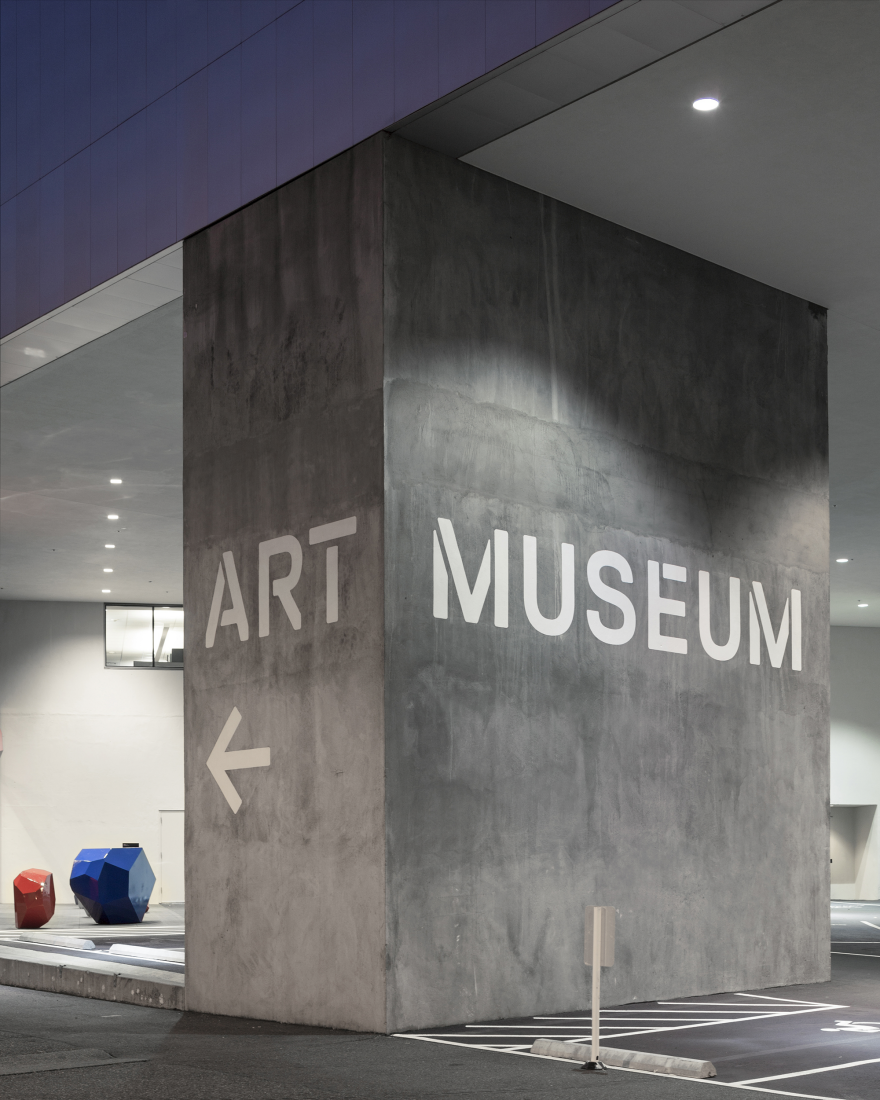 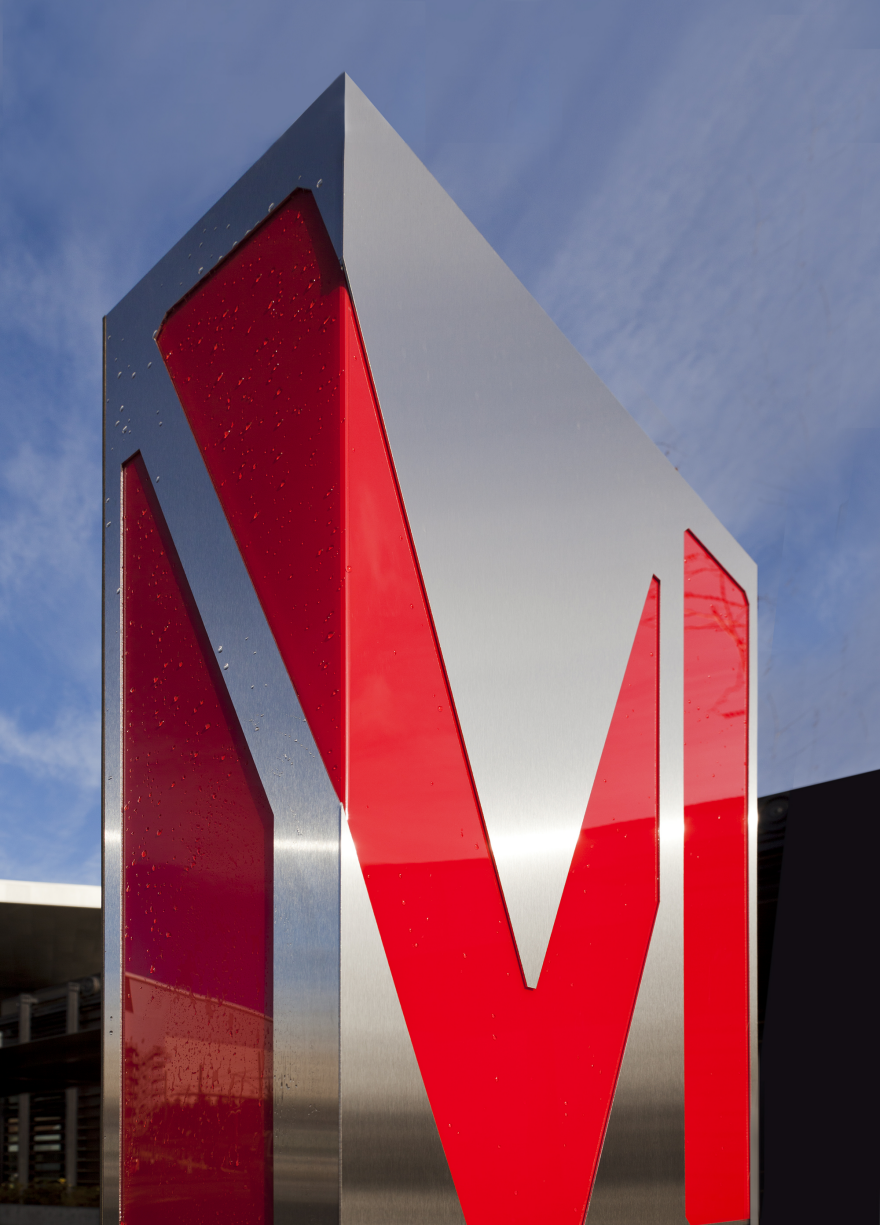 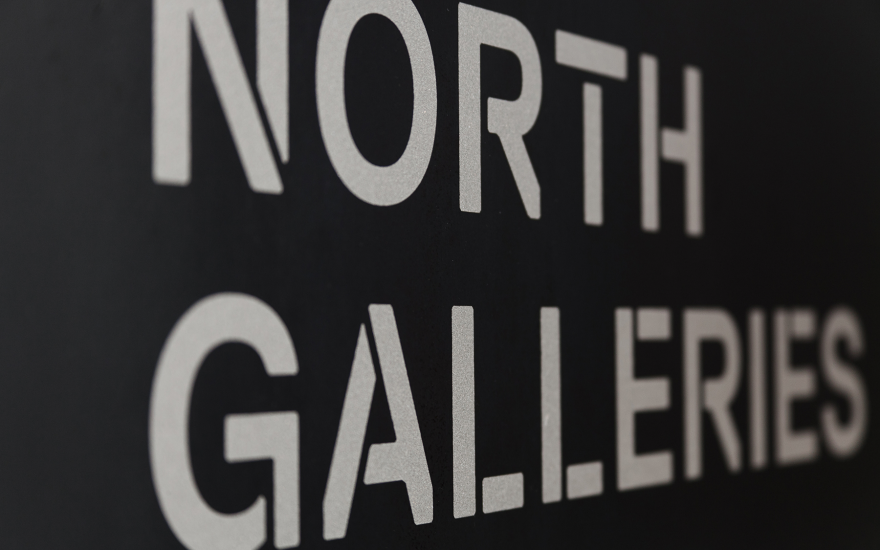 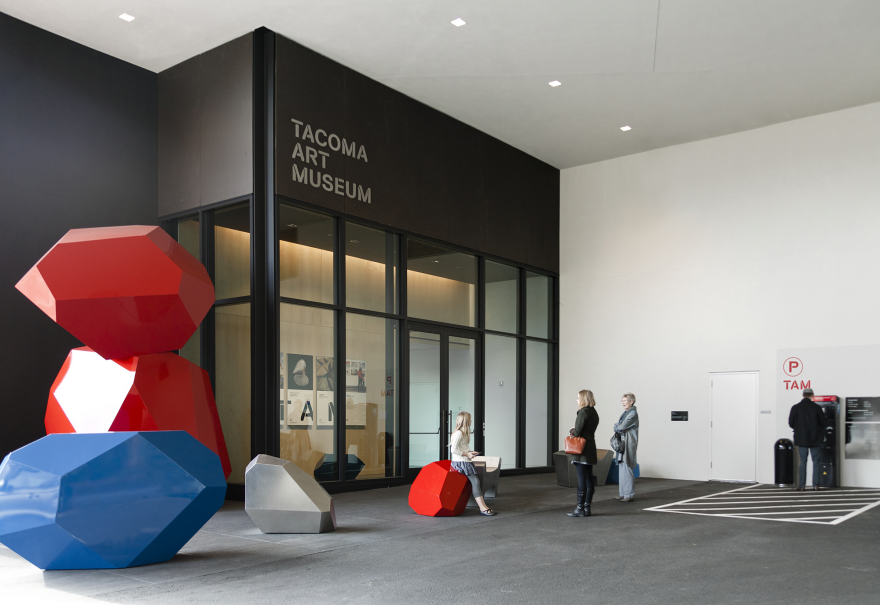 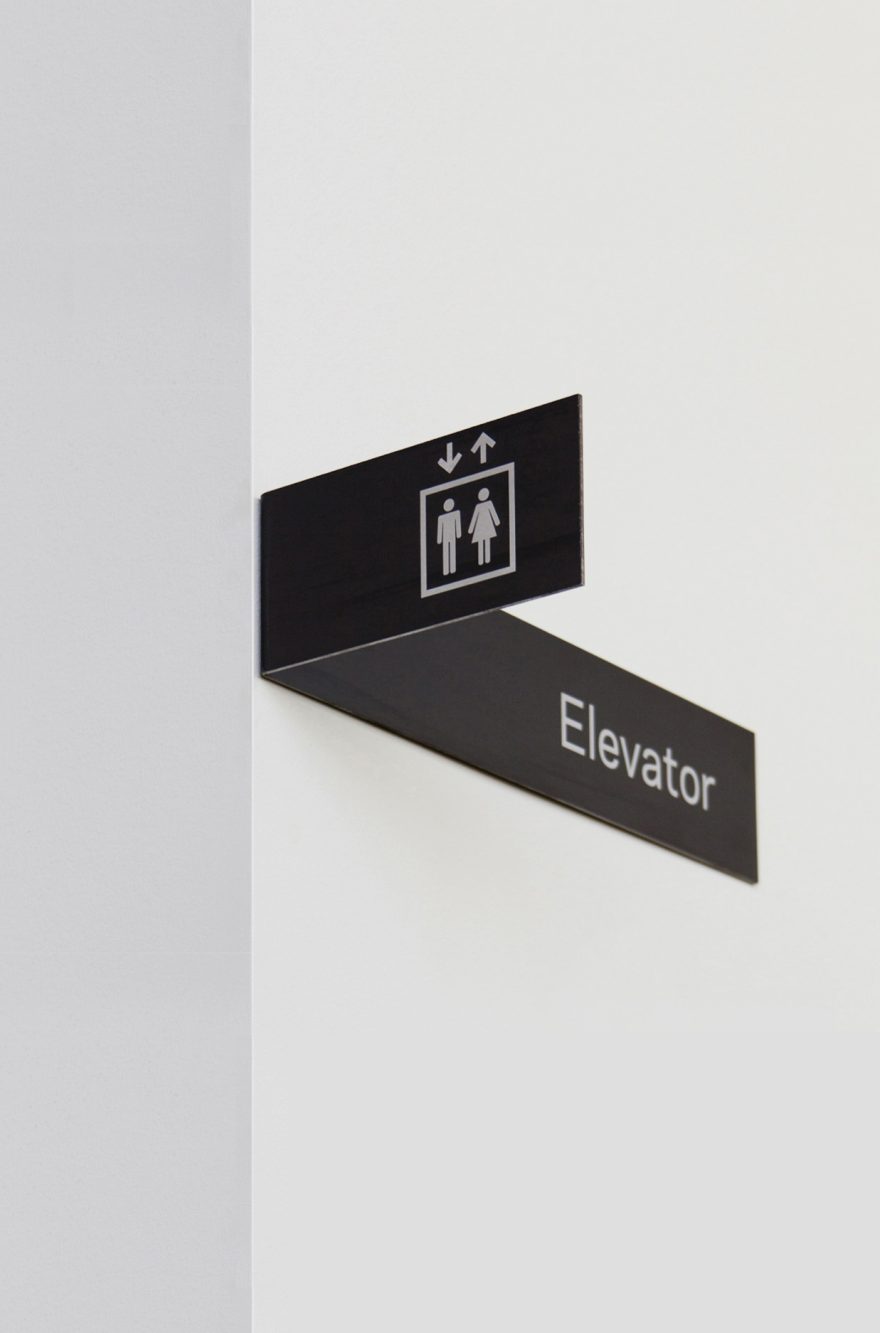 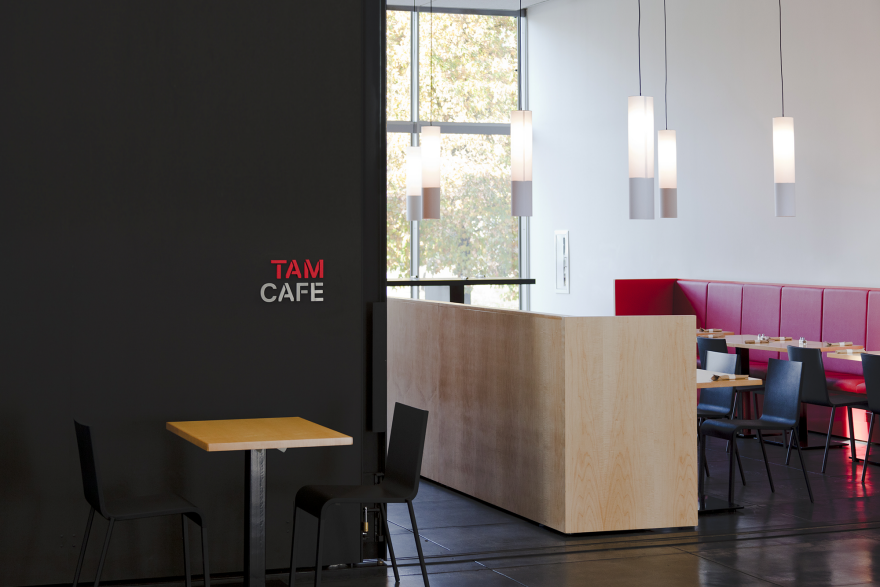 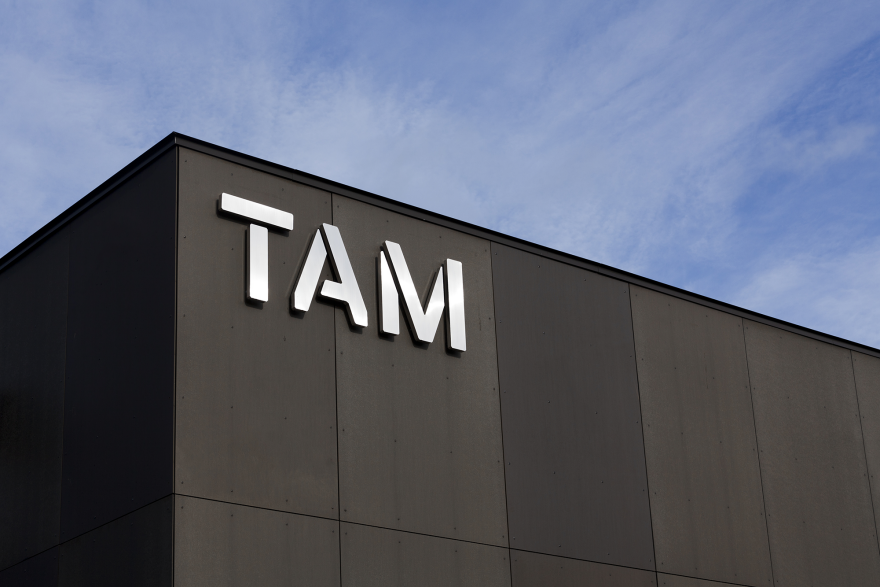 Bridging two halves
We were challenged to create a branding and signage approach that would tie together two very different halves of the expanded Tacoma Art Museum. The original building is a cultural landmark: a sleek silver box designed by modernist Antoine Predock. Their new wing – called the Haub Family Galleries – doubles the museum's street frontage and adds 16,000 square foot of exhibition space. Designed by Olson Kundig Architects, its dark Richlite cladding and moving shutters reference the working architecture of the American West: boxcars and barns. (The City of Tacoma boasts a proud industrial history, and the Richlite cladding is fabricated locally.) Throughout our sign scheme we combined silver with dark Richlite and industrial steel, helping to weave together the old and new spaces.

Increasing visibility
Despite its prominent location, the original Museum suffered from low visibility. Its opaque exterior and minimal signage meant that it was often missed completely, or mistaken for a convention center. The Museum wanted to increase its visibility and create a more pedestrian-friendly, open relationship to the street. We integrated the name directly into the large architectural canopy that links the old and new wings, announcing the new TAM to both cars and pedestrians. Only the front edges of the steel grate are painted, creating a shifting, mercurial logo as one moves past the canopy.
At street level, a series of poster kiosks serve double duty: naming the building and also providing changing display space to promote current exhibitions. The red type and the posters light up at night. One side of the kiosks is clad in stainless steel while the other is clad in dark-brown Richlite, tying to the building's old and new wings.