In response to the surge in popularity of hot food delivered by bicycle, I have designed a new pannier box to combat the risk of spilt and cold food and rider injuries.

Rhombi provides a lower centre of gravity than existing boxes, descending over the rear wheel. This offers improved balance and control for riders, especially when compared with existing backpack-type containers.

Inside the box, segregated compartments specifically designed to fit standard food containers decrease the chance of spillages. This also means that hot food can be kept separate from cold.

The box itself is rotationally moulded with a thin skin of hard thermoplastic filled with polyurethane insulation. The upper compartment is covered with a breathable fabric panel, preventing food such as pizza and French fries from becoming soggy, whist retaining maximum heat.

The box is mounted on a frame, and can be easily removed from the bicycle when desired. This is especially useful for delivery riders using their own personal bikes, as they can easily ride unencumbered outside work hours.

I was chosen to exhibit my project at New Designers 2017 at the Business Design Centre, London, England. 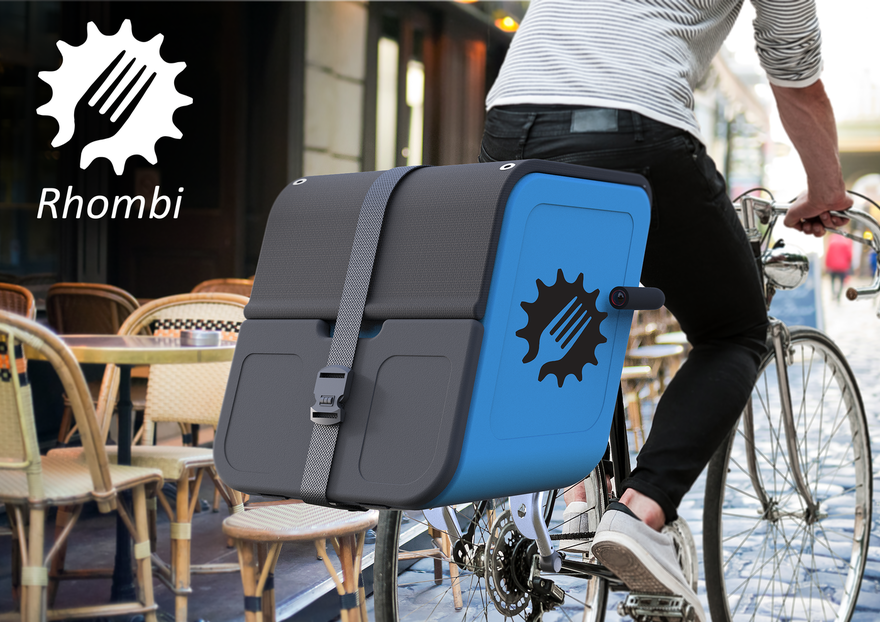 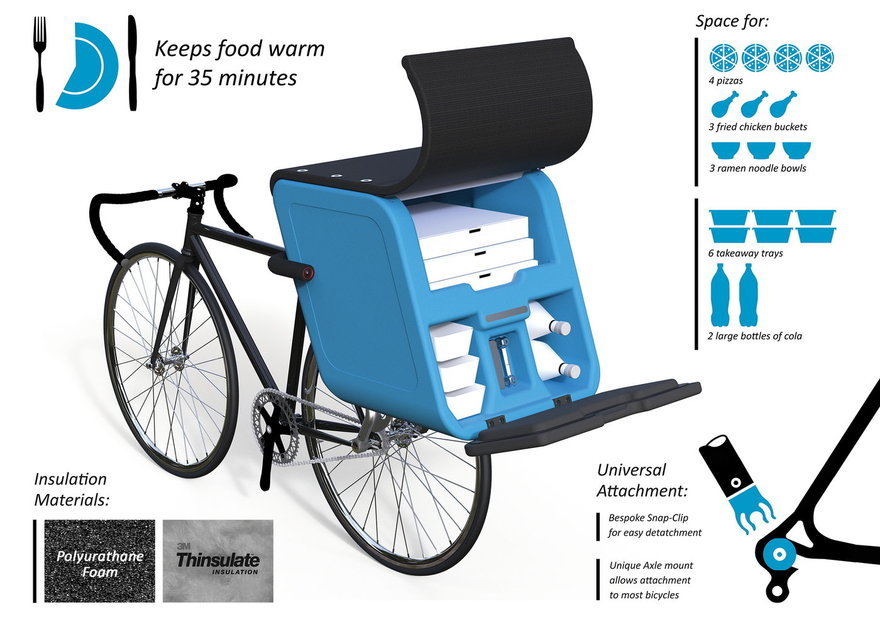 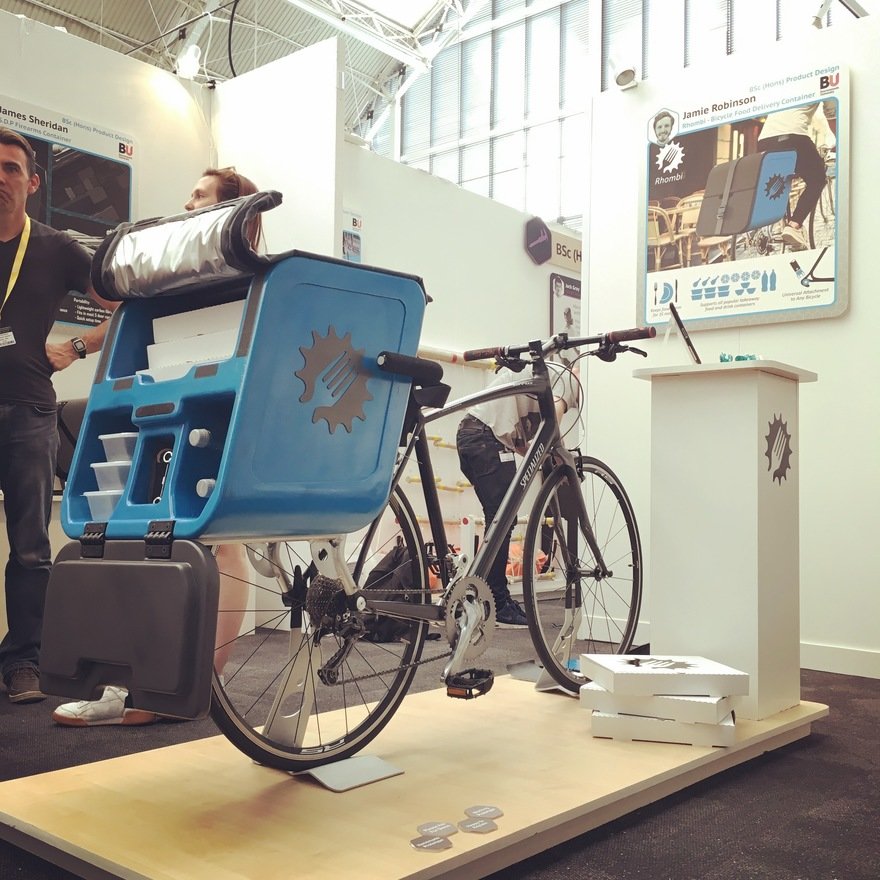 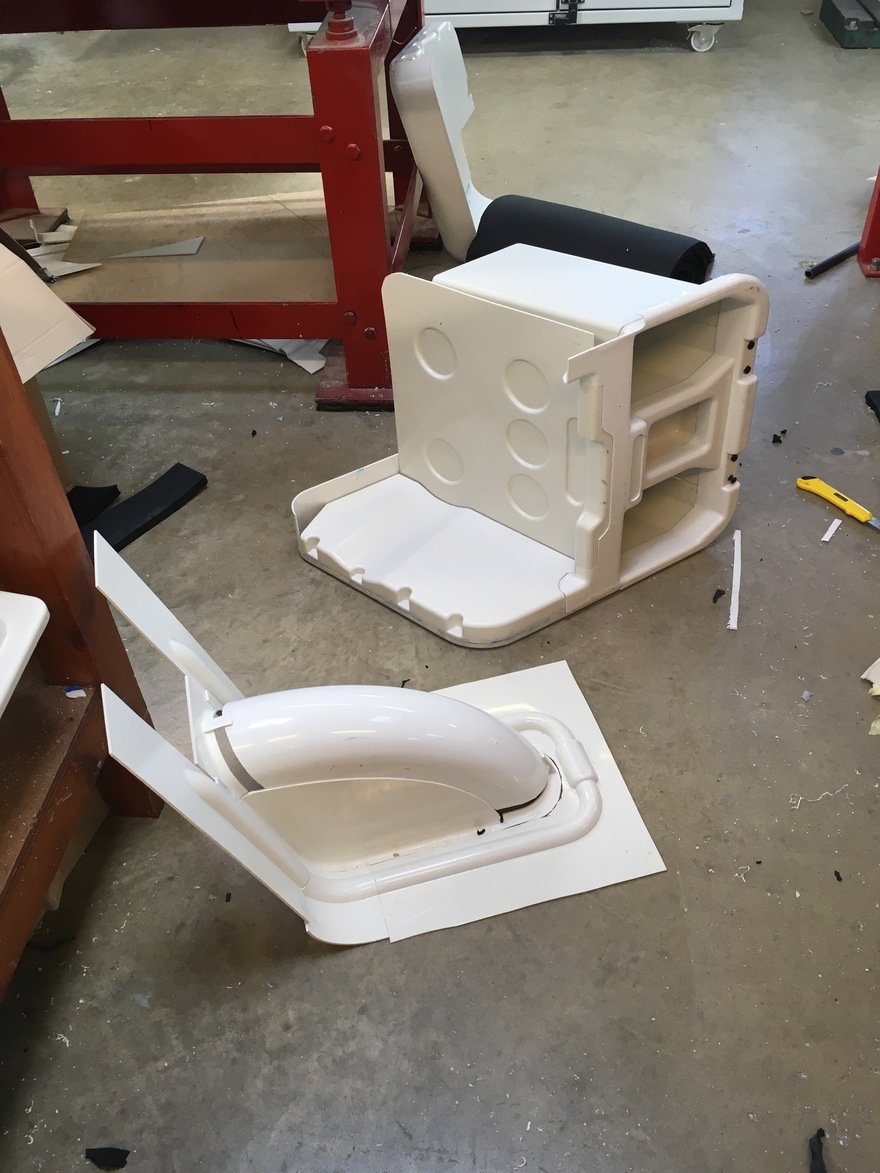 Prototype in workshop Work in progress before assembly 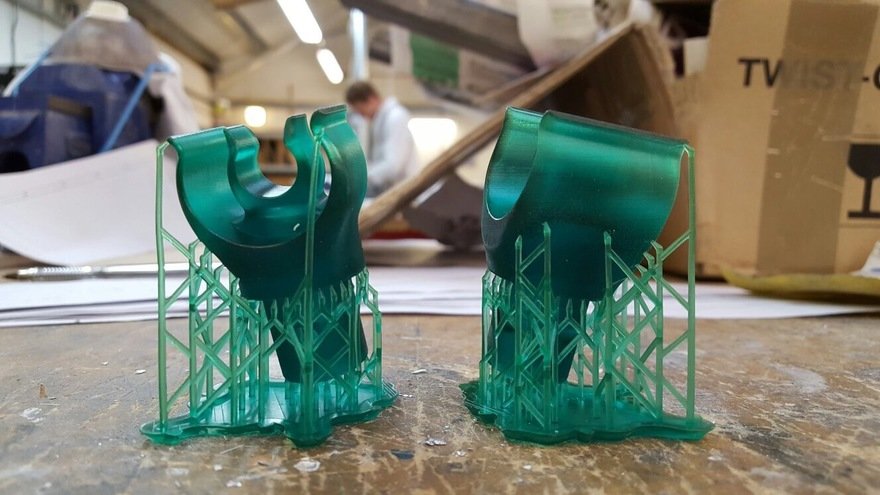 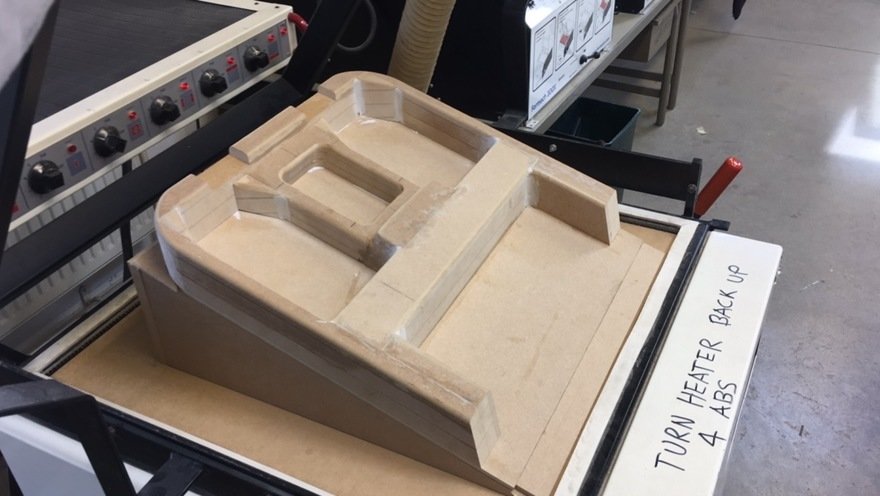 This project was completed as part of my final year at Bournemouth University.

It was conceived in response to the rapid growth of startups offering food delivery via bicycle, and the apparent gap in provision for suitable equipment.

Food delivery riders working for these 'sharing economy' companies ride their own bikes, but use food transport containers provided by their employer.

Because riders are using their own bikes, the companies have opted for a 1-size-fits-all approach. The majority of riders use bulky cuboid backpacks, which obscure rear vision, cause back problems and upset their balance.

For those who do choose a bike-mounted option, the choices are boxy, unattractive, and still have a high centre of gravity. In addition they make removal very difficult, meaning that riders using their bikes outside of work hours are discouraged from using them.

Both existing options are partially constructed from fabric but had non-permeable structural layers which meant that moisture was unable to escape and food became soggy.

I collected this information by conducting interviews with delivery riders and restaurant owners, garnering perspectives from every stage of the product's use.

From this research, I decided on the following imperatives:

- Ease of removal and refitting

The design solution to the issues posed by the brief is a rigid foam-core container which is mounted to the bicycle. The main box is constructed as a 1-piece rotational mould with a 2-part polyethylene shell and polyurethane foam core. This provides much improved thermal properties when compared with the existing boxes, as not only is the foam thicker than the existing polyester insulation, it also has a higher U value than polyester.

The 'lid' part of the box comprises a fabric panel which is composed of layers of waterproof Cordura, Thinsulate and a reflective 'pack cloth' lining. This is based on the makeup of premium insulated pizza bags such as those designed by Ingrid Kosar. This allows the release of moisture from foods such as pizza and chips, whilst retaining the maximum amount of heat, preventing food from becoming soggy.

The main box is placed on a frame and secured with a strap. This frame is attached to the bicycle with bespoke snap clips. These clips interface with a set of mounting points which replace a standard 9mm QR axle. There is also a rigid tether which attaches to the seat post.

The box extends downwards on each side of the rear wheel and allows the centre of gravity to be much lower than with current universal pannier-type boxes.

The box interfaces with the frame by utilising a moulded recess on the outside of the container, which matches the form of the tubular frame. This geometrical constraint is secured with a 50mm wide nylon strap.

The fastener for the strap is a lockable luggage buckle. This not only allows the box to be locked to the frame when in use, but also acts as a temporary lock for securing the bicycle outside a restaurant or delivery address whilst the box is removed from the frame.

Additionally there are two smaller compartments, which sit either side of the rear wheel, for non-breathable items. These compartments are capped with a rigid hinged door, also a rotomoulded foam-core part, and sealed with EPDM foam strip around the rim.

The door is held shut with magnets, and secured by the strap when the box is attached to the frame. Examples of items suitable for these compartments include takeaway foods in polypropylene or aluminium tray-type cartons, commonly used for Chinese and Indian food. In addition, since the two compartments are separated, one or both can be used for cold items such as 1.75ml carbonated drink bottles and alcoholic beverages, or desserts such as ice cream tubs. These smaller separated compartments allow hot and cold items to be segregated and minimise the risk of spillages with smaller items.

Also behind the lower compartment door is a smaller recess intended for the storage of the rider's belongings, such as keys, energy bars etc. as well as bicycle maintenance equipment, tools and puncture repair kits.

As part of the assessed portion of my project, I hand-made a fully working prototype of the pannier box and frame. The prototype box is composed of around 15 separate sections, vacuum formed from hand made moulds and then glued together. I stitched the lid using a semi-industrial sewing machine and I bent and TIG welded the aluminium frame myself.

Prior to this I conducted extensive testing using more crude mock ups from plumbing pipe and cardboard. I rode my bicycle around campus for several weeks with the test rig attached, gathering many odd glances as well as research!