Roost is an egg-scanning device that inspects fertilized chicken eggs for their gender. Created for egg hatcheries, Roost is geared to address the controversial issue of chick culling, an industry practice where male chicks are euthanized via grinder, asphyxiation, or electrocution because they cannot lay eggs and are redundant to the industry. An estimated 3.6 billion chicks a year are culled, which has put immense pressure on agriculture departments around the world to find a solution that mitigates the grinding of baby chicks. Roost offers a more ethical solution with in-ovo sexing technology that isolates male eggs before they hatch. Specifically with advancements in laser spectroscopy and the use of a carefully calibrated nitrogen laser, an egg's electron activity can be stimulated to determine its gender. This enables the male eggs to be separated for more utilitarian purposes, such as influenza vaccinations, food, shampoo, and much more. To accommodate for different hatchery layouts, Roost is designed as a set of automated robot arms with 7-axis rotation joints. This allows the device to be placed either in front of loading platforms or over conveyor belt set ups. One arm of Roost houses laser spectroscopy scanners while the other arm has selective clamping mechanisms thatpick up eggs scanned as male. 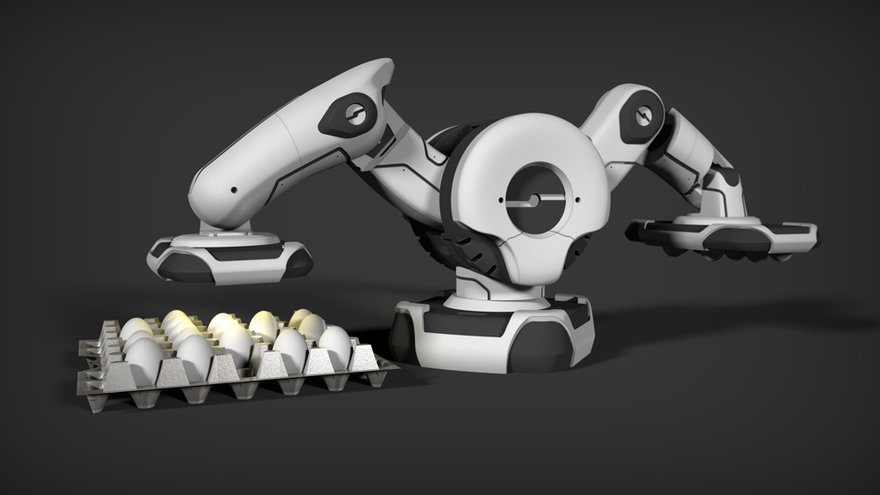 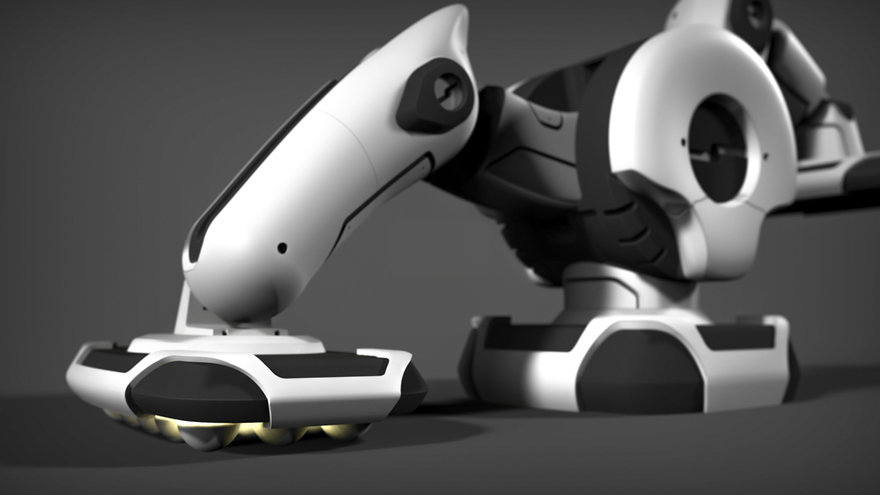 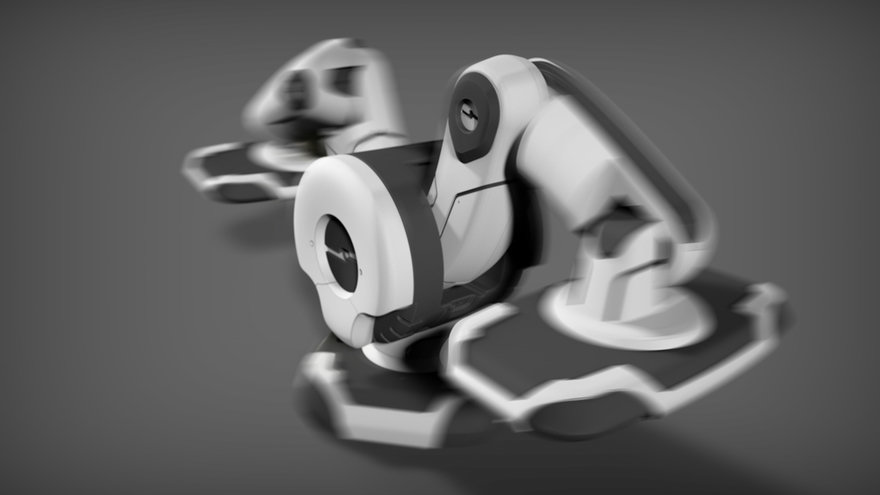 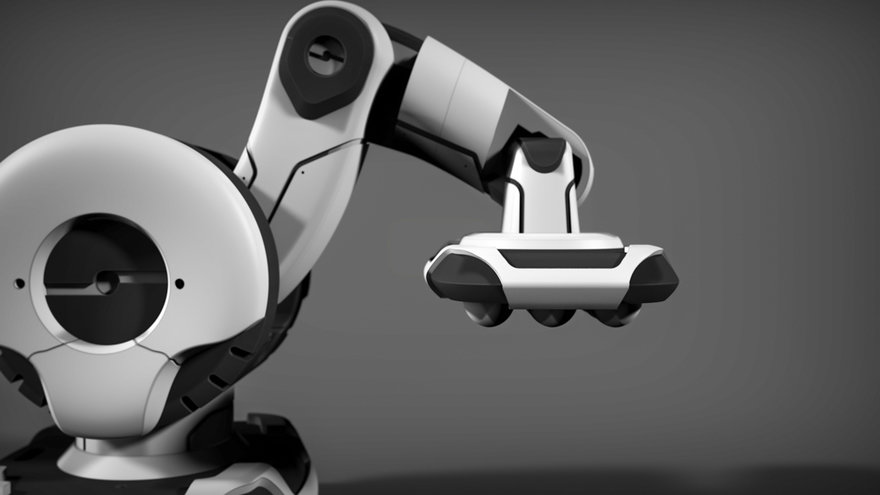 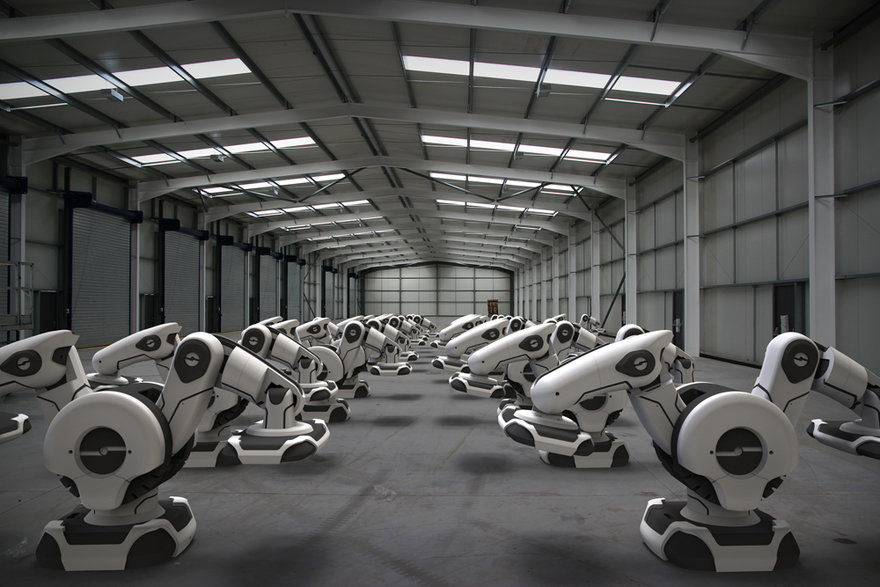 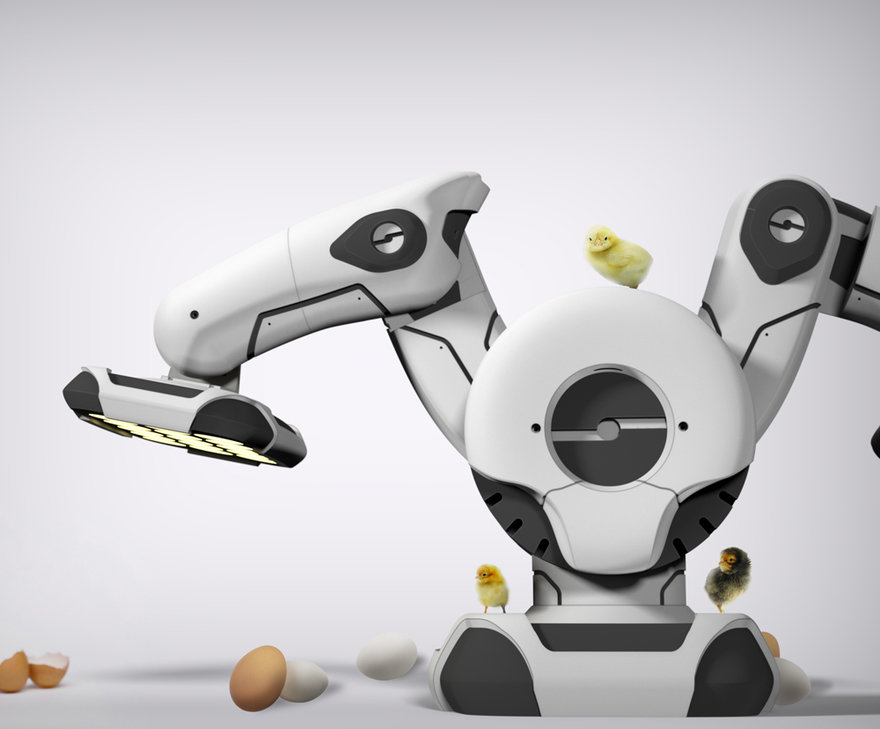 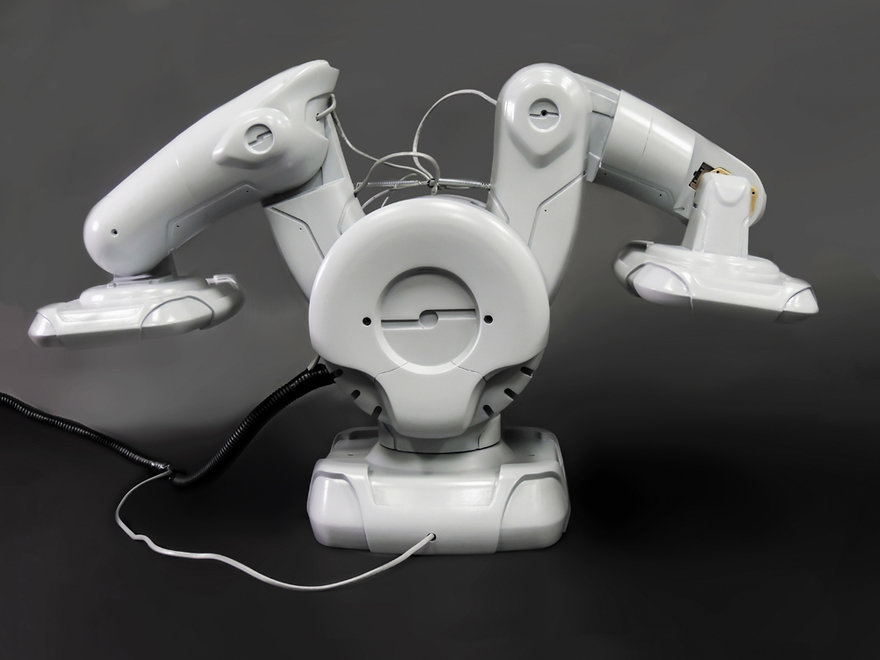 Roost is a set of automated robot arms with a tray at the end of each arm. Each arm has a different function in separating male eggs from an egg batch. The main arm, signified with a pointed elbow, houses a set of nitrogen lasers that would be shined over an egg tray. The nitrogen lasers are focused into the blastodisc of a fertilized egg to stimulate its electron activity. Because male and female eggs have different electron outputs, this would allow Roost to determine which eggs in abatch are male. The secondary arm has a selective cupping mechanism that would pick up eggs scanned as male. These eggs would then be placed in a separatecontainer. For each egg batch, the main arm is lowered over the eggs to scan for male eggs. After scanning is complete, the base turns 180 degrees so that the secondary arm can pick up the male eggs. The central body of Roost houses wiring and electronics along with the microprocessor. Because Roost is automated, it would not need a human to direct it while scanning. It is also heavier to weigh down Roost as it constantly spins. Roost is intentionally designed to be flexible todifferent hatchery layouts. Some hatcheries are more advanced and have conveyor belts, while others are more human powered.