Every day, people are exposed to huge amounts of information, of which they consume a considerable amount without even noticing its quality and variety. This often results in people being trapped in vicious cycles such as "Filter Bubble" or "Self-Reinforcing Feedback Loop" which can result in an increase of the sort of ignorance, closed-mindedness and stubbornness that lead to conflicts. By helping people understand ongoing social agendas in a more balanced way, Roly-POVY aims to reduce those conflicts. It will achieve this goal by revealing the underlying position of every piece of information that the user is acquiring. It consists of a physical reminder and a crowd-tagging system. Roly-POVY makes information consumption a tangible, shareable, and playful experience. It motivates people to become more conscious about their information habits, to avoid possible bias, to think independently and to retain open minds. When people are well-informed, members of our society will display more respect, will care more deeply and will pursue the path of peace. 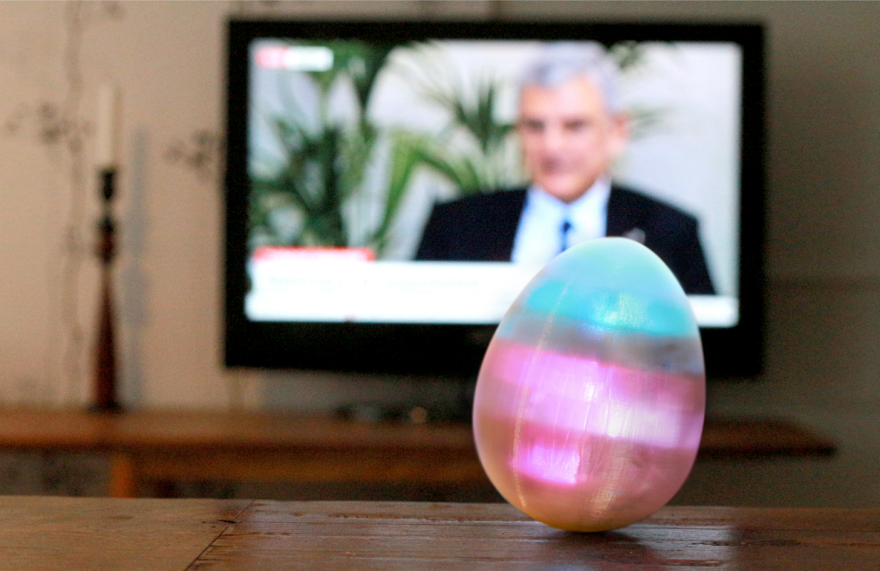 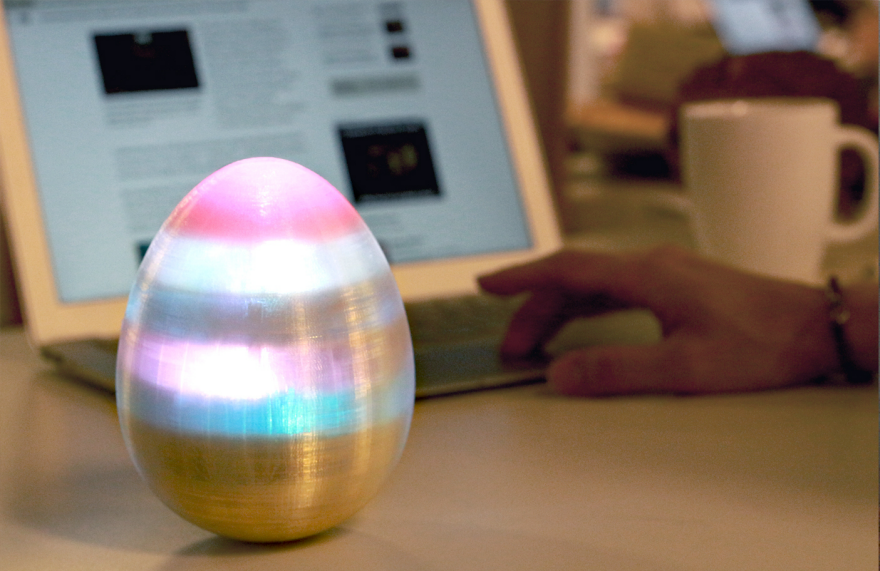 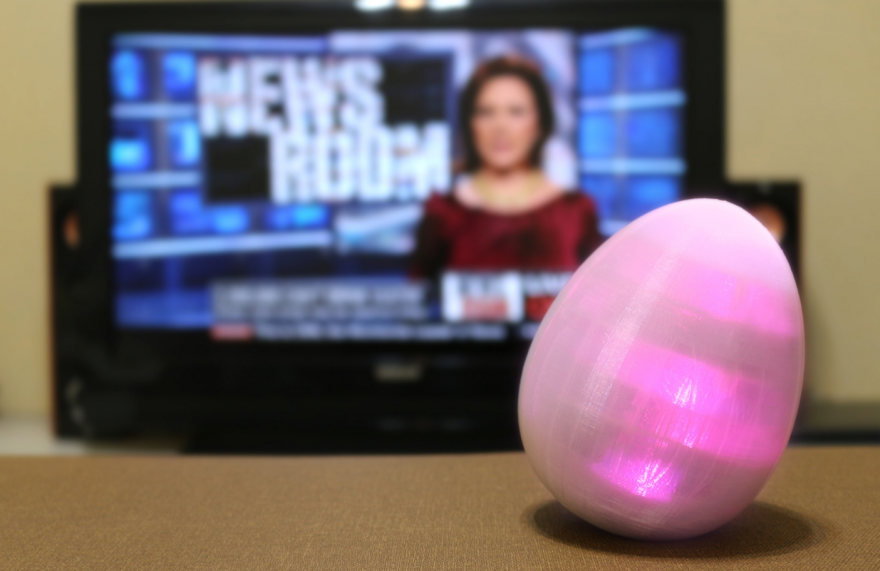 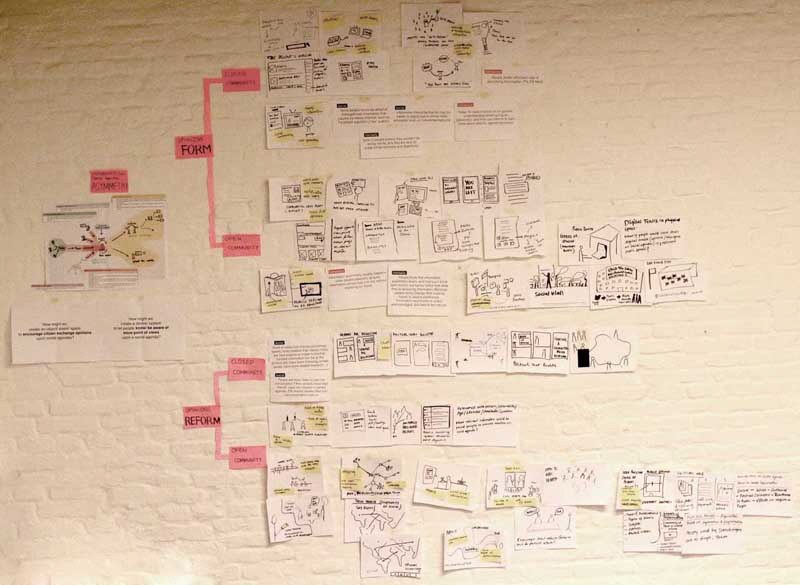 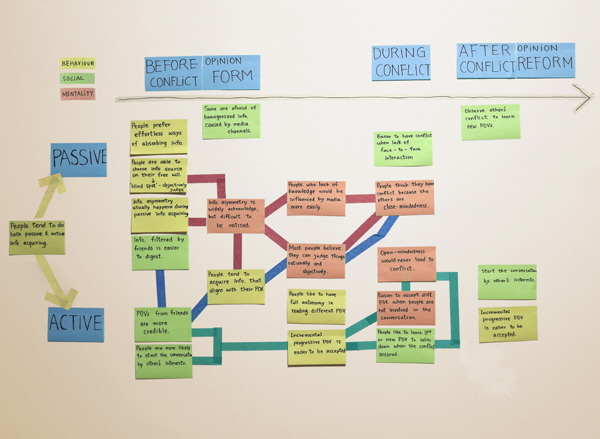 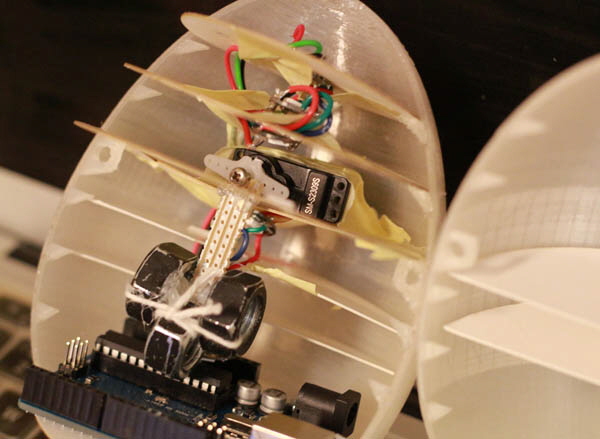 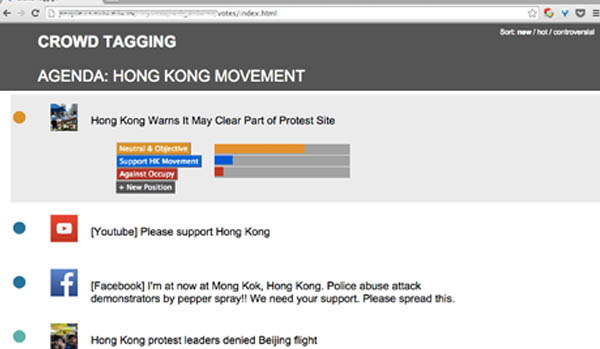 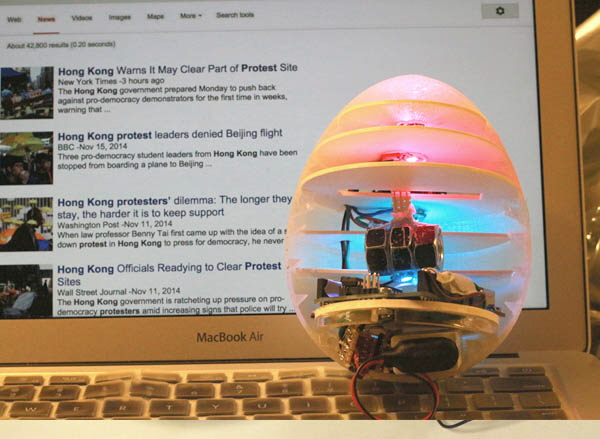 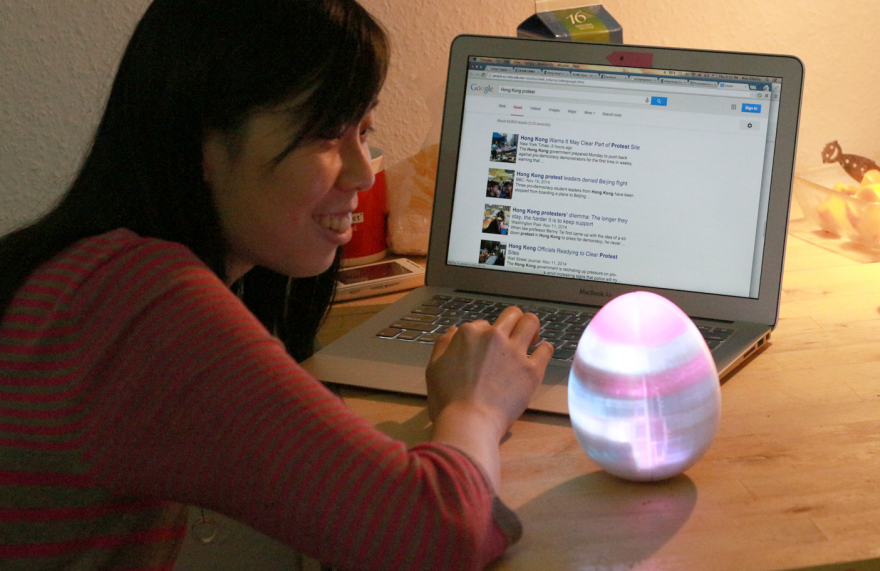 Information explosion
We are living in a world of information abundance. By consuming this information, we get to know what's going on in our society and to form our own perspectives toward agendas that we care about. Given the tremendous quantity of information that's available to all, and the ever-easier ways of acquiring information, its explosion seems to be overwhelming us. We're now having difficulties evaluating the credibility and objectivity of every item of information which we consume. Even more dangerous is the fact that our understanding may become distorted or our powers of judgement become weakened without our even noticing. These factors are often neglected and may lead to our ignorance and closed mindedness increasing, which can further evolves into social conflicts or indifference. We do not lack good information of course, but we do need a better way to tell which items are the healthier ones providing a better balance for us,and a way in which we can stay well informed .

Information Unbalance, Conflicts, and Indifference
On March 18 2014, a radical social movement , known as the "Sunflower Movement,"broke out in Taiwan. Hundreds of students and civic groups broke in and occupied the Legislative Yuan of Taiwan, opposing the passing of the Cross Strait Service Trade Agreement between China and Taiwan. Over a number of months, the controversial occupation monopolised the headlines of different media, and society suffered from severe tension between parents and children, schools and students, government and civic groups, politician and general public, etc. Conflicts arose on every possible occasion, slight or intense, online or off-line. While some sections of the public freely expressed their outrage, some chose to remain silent, witnesses to the conflict while some just remained socially indifferent, as if the agenda had nothing to do with them.Despite the complex and intertwined backgrounds evoked by the outburst, there's one clear line that contributes to this social trauma: the asymmetry of information. While the young generation who used social networks to get the latest firsthand information directly from the advocates and on-site witnesses tended to support the protest, the older generations who relied on traditional media- TV news and newspaper, which often filtered out facts which were unfavourable to the government, were to a large extent opposed to the movement. The difference went into a vicious cycle; the more one side learnt from the media they were comfortable with, the firmerbecame the belief they had, and the less possible it became to reach a consensus.

The Exploration of the Cause of Conflicts
The phenomenon and its impact became my design motivation. At first, I was trying to solve the issue of information asymmetry which was clearly seen during the movement, yet later I realised its merely the reflection of the differences in our information habits, tastes, and interests. To challenge this phenomenon was to challenge the entire social environment- the media sources, channels, politics, public interests, and every player along the information supply chain, a problem, which seemed unlikely to be fixed overnight. I then wondered: if we are unable to change the entire supply chain, maybe it's more feasible, and perhaps more fundamental for us to reflect upon ourselves and adjust our ways of consuming information.

Closed-mindedness
In the case of the movement in Taiwan, it was clear that neither people were lack of information, nor they were unable acquire different perspectives, they were however, tended to close off their minds and assume a biased position without even noticing it. Why is this so? Few interviews I conducted with people who had conflicts with acquaintance enlightened me, and the blind spots of people I found echoed two famous theories. Firstly, the "filter bubble", which is defined by Eli Pariser as the result of information being filtered by search engines and socialnetworks in order to match the user's personal interests, often hinders people in getting different, especially opposite, point-of-views with regard to a specific agenda. Secondly, the media nowadays feed us what we want instead of what will provide a balanced information diet, and we all tend to seek out information that aligns with our beliefs, simply because its much easier and more comfortable. The more of this kind of information we consume, the less likely we become to adopt different perspectives. This is, according to Clay A. Johnson in his book The Information Diet, the "Self-Reinforcing Feedback Loop".

Roly-POVy
In order to avoid those blind spots that make people subconsciously close-minded, I decided to make a tool to help people identify if they're overdosing on one-sided opinions and notify them about such information imbalance. It will be an agenda-based point-of-view revealer and can store users' history of information consumption. It consists of a physical reminding device and a crowd-tagging system.

The Crowd-Tagging System
In order to reveal the points-of-view of information, we need a system that's open to all. The tagging system is an online platform which allows users to tag the underlying position of a piece of information they found on websites, TV programs, radios or other trackable sources. Everyone can add tag that he or she thought to be the position of the information onto it, and it will be labelled as the position most people tagged. In this way, a lot of information related to the same agenda can be sorted into different positions, and while browsing, watching, or listening to
this information, the user will be notified of the corresponding position.For the initial test of the platform, I designed a mock-up webpage of the tagging system with limited database, and readjusted some of the functions and layouts according to user feedback.

The Physical Device
In order to successfully reshape user's behaviour, the device must be simple, instinctive, and interesting enough for user to use every day. And to better demonstrate the idea of balance, an object that can stands upright, goes tilted, or falls on one side will cause user's stronger sympathy. Few ideas for the physical device included: a simple, friendly shape; a form that implies origin, life, and something needs to be taken care of; multi-layered appearance to show the order and history of information consumption. Roly-POVy, the egg-shaped physical reminder works like an action roly-poly with multiple layers lit from the inside. While the user reads an item of tagged information, the egg flashes a certain color to indicate the position which the user is consuming. Over time, when the user'sconsumption is diverse enough, Roly-POVy stands upright and displays multiple colors showing that the user has been browsing information with various points-of-view. Otherwise, the user will get a tilted and homogeneously coloured Roly-POVy, which indicates that the user's consumption was unbalanced, and he or she needs to adjust his or her habit in order to avoid a biased mind.The physical device went through several different iterations. The biggest challenge was to put
the full mechanism (a motor, boards, LED, wires, battery, etc.) into the small egg shell while keeping the appearance neat and wireless. I tried different material and thickness of the shell to better perform the layering colors seen from the outside.

The Next Step
The final iteration of the device was tested with few webpages for user to interact under the complete use case scenario. The feedbacks from users were positive, they claimed to feel joy while using this tool, became more conscious about the information they were reading, and had stronger motivation to browse between different opinions.The Roly-POVy is designed for user's healthier conscious information consumption, and has the potential to extend the its impact while implemented with sophisticated social functions. I believe when people are aware enough of their digestion of information, and more willing to communicate with open-minds, social conflicts and indifference will be less, and we will seemore understanding and peace in our society.

We liked this entry because it aimed to open people's minds by making information consumption more tangible and fun through the use of of the physical Roly-Povy device that leans and lights up in response to audio.