Clifton is a flat engagement ring case that can be easily slipped into the pocket or the wallet. 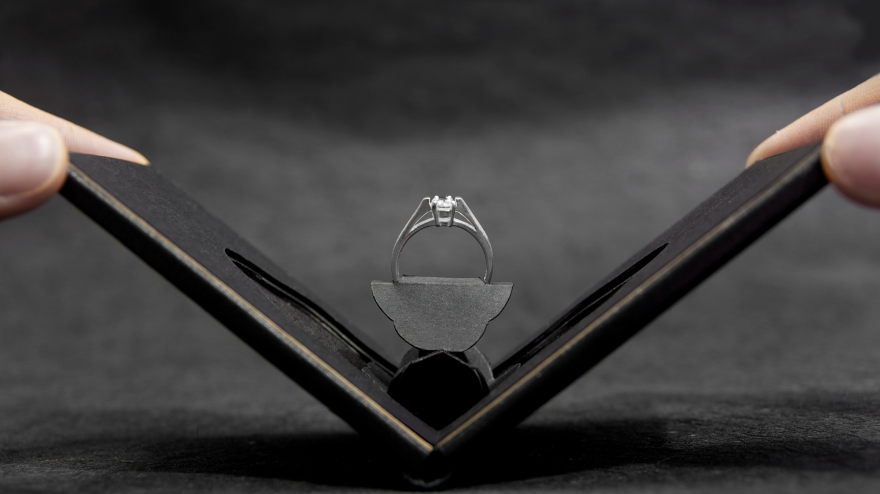 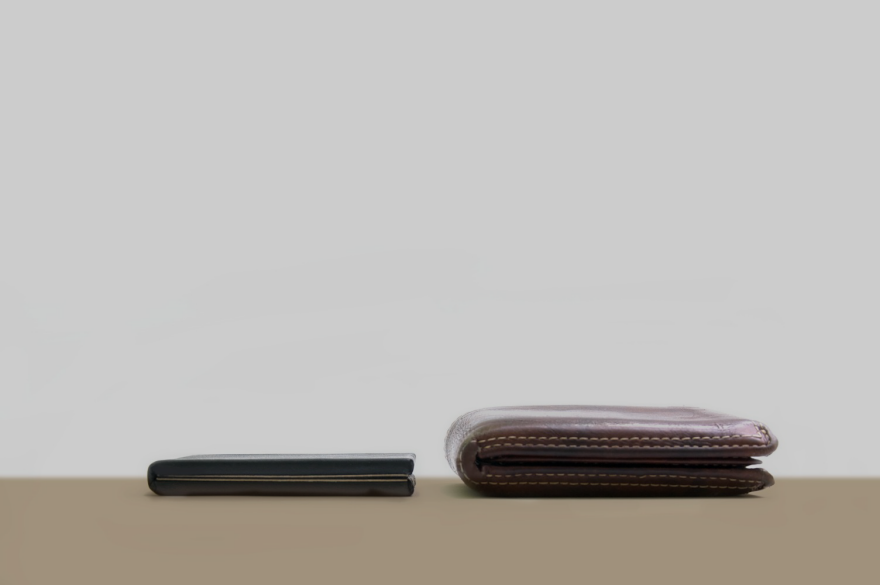 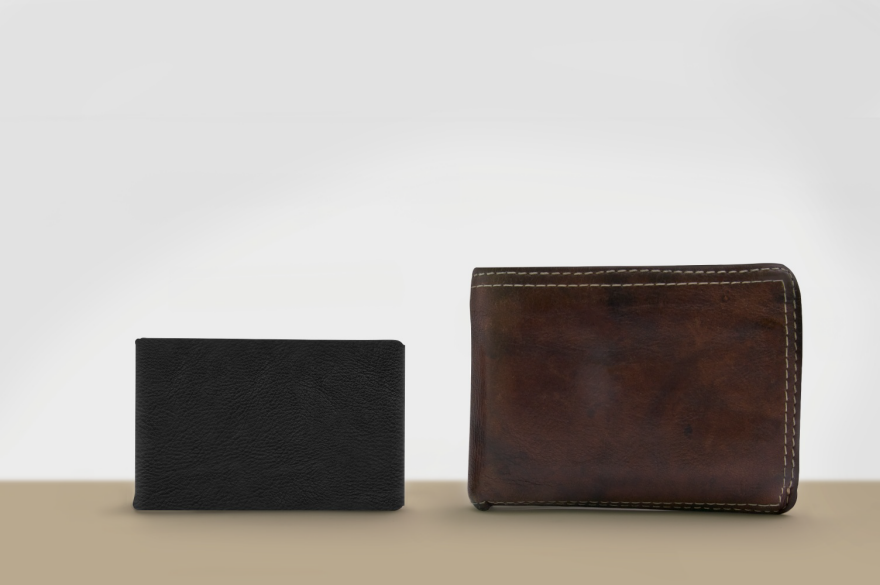 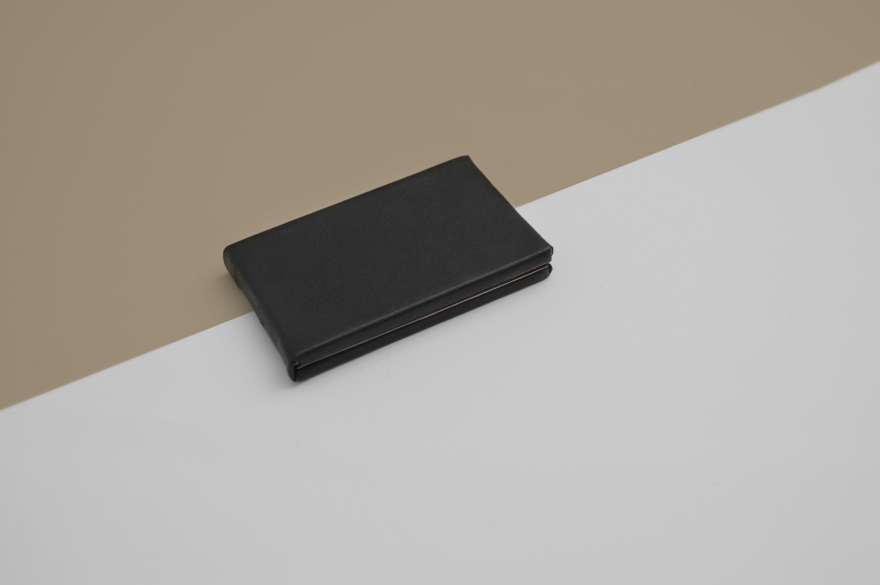 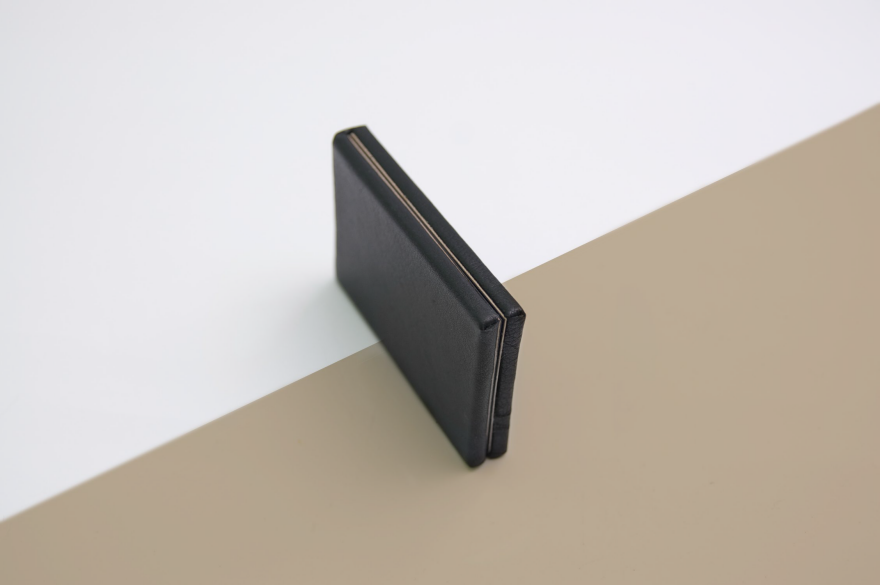 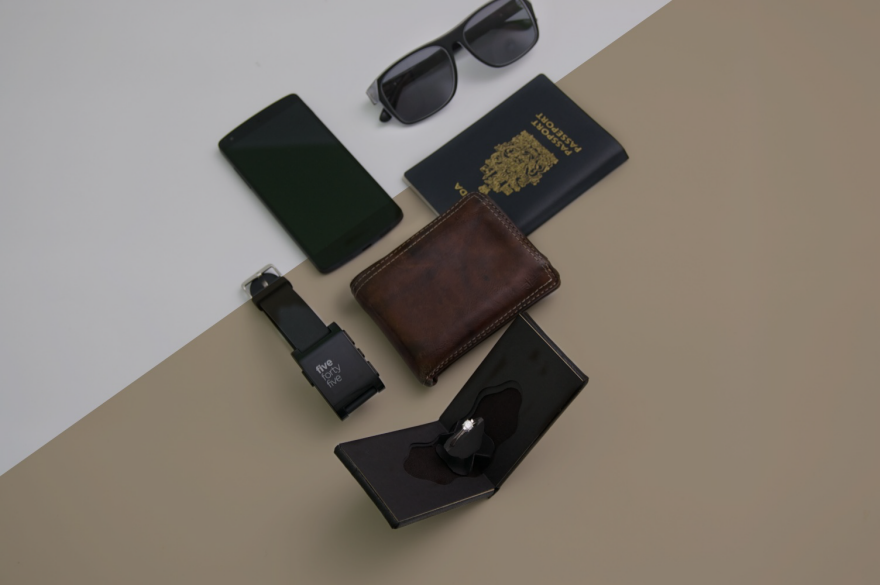 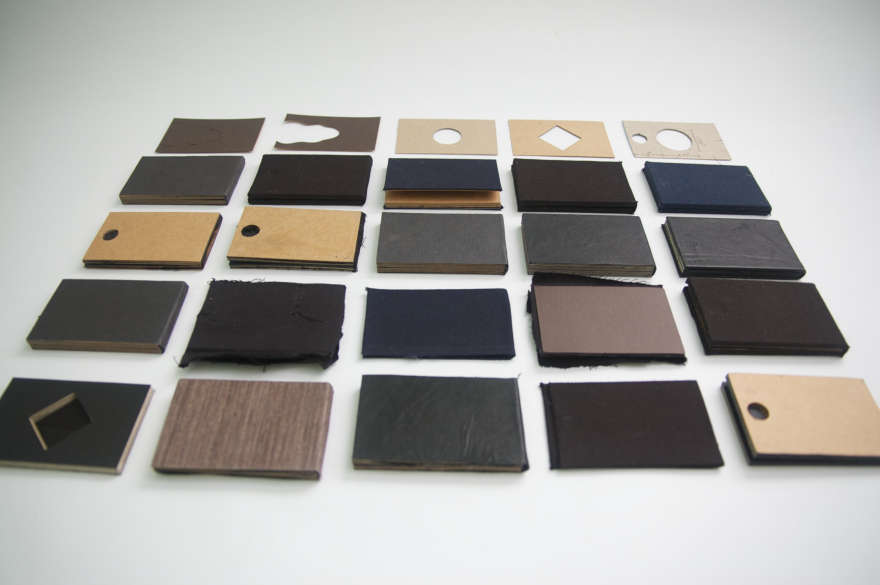 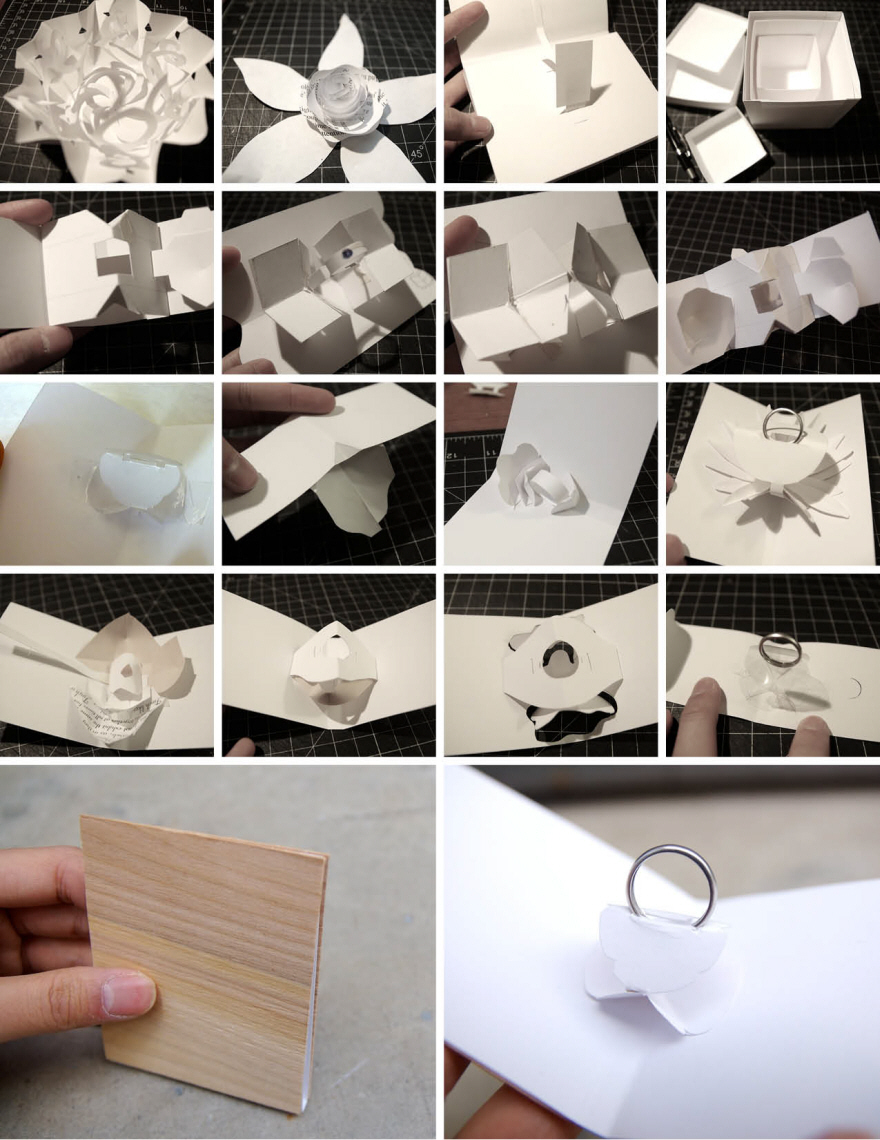 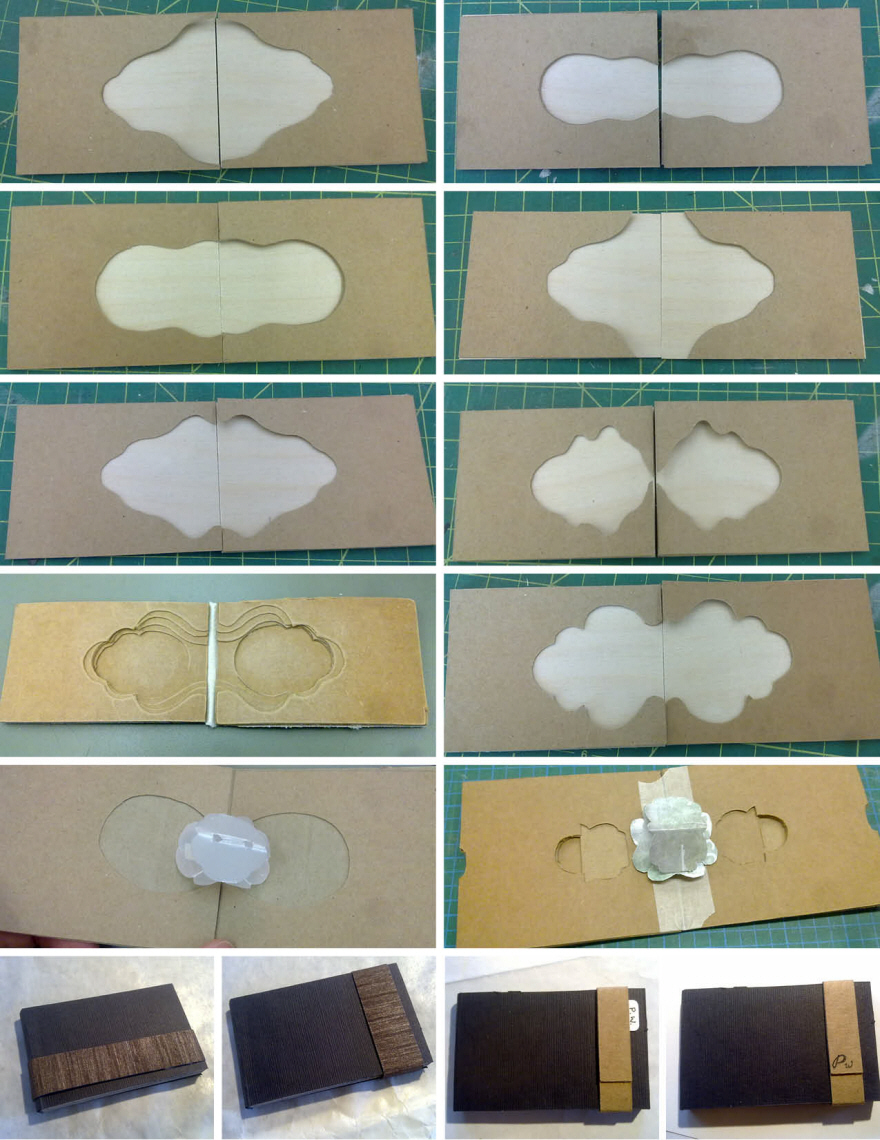 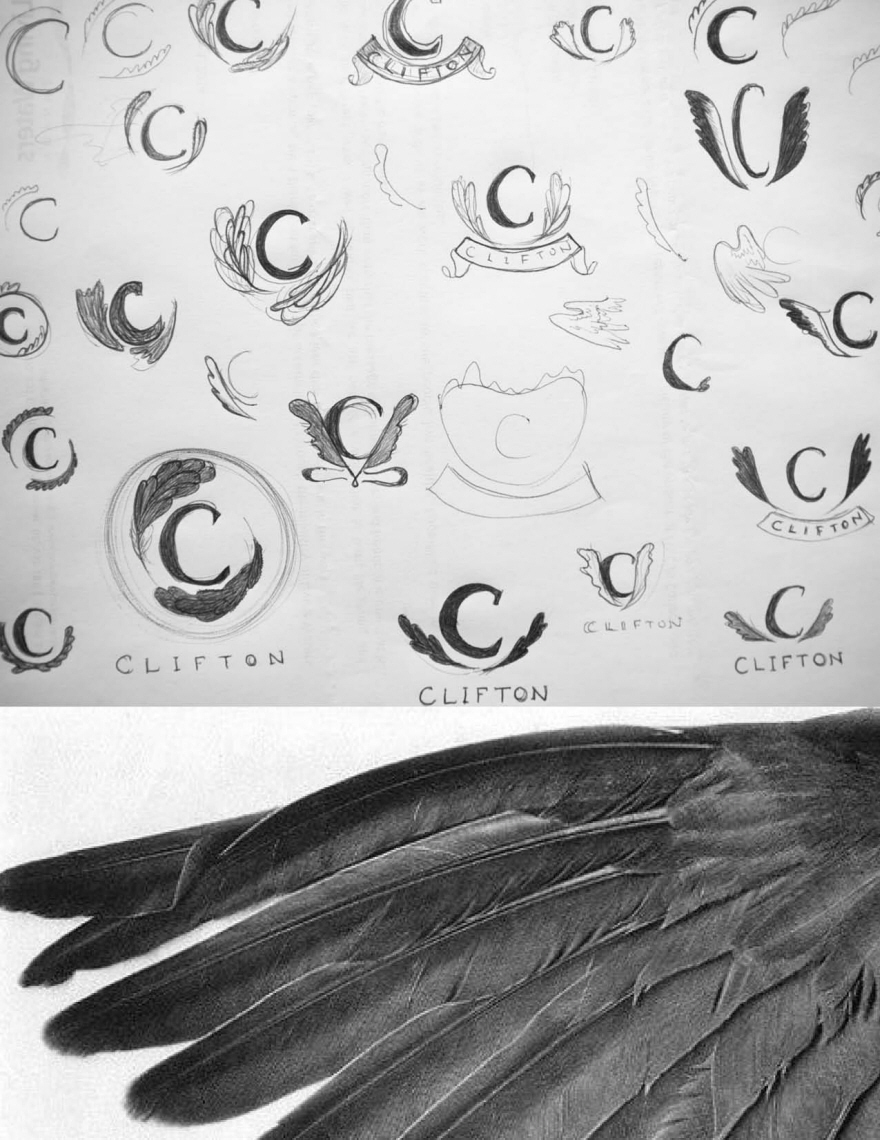 Clifton was inspired after a conversation with a friend about the process of a proposal. The traditional boxes are too big to hide easily, and the friend suggested a box that could fit inside a wallet. Confirmed by many other individuals whom I have spoken with, I began prototyping a flat engagement ring case. While exploring this option, I was doing some research in pop-up mechanisms. I decided to combine these two ideas and create a box that has a low profile as well as a flower blooming effect.

The pop-up mechanism was inspired after taking a look at The Elements of Pop-Up by David A. Carter. Much of the work went into modifying the pop-up mechanism to hold the ring. A viable manufacturing process that could scale up was also taken into consideration. (The Clifton is currently made with a die cutter, laser cutting technology, and skillful Canadian hands.)

Clifton was used at numerous proposal occasions, and the low profile of the case proved to be a success.

Bound in genuine leather, Clifton is a paper-based jewel case that is designed for the proposal occasion. Clifton is fashioned with a discrete exterior and an elegant interior. The case snaps close thanks to two carefully placed magnets. At approximately 1cm thick, Clifton presents the ring with a delightful flower blooming effect when opened.

Clifton officially launched in the summer of 2014.

We chose this based on the immediate wow factor.

The use of pop up for holding the ring and presenting it when the package opens is a true delight.