Mercury is a fully collapsible, professional quality modular guitar. It is designed for traveling professional musicians who require portability and versatility on stage and in the studio. It fits into a standard carry-on suitcase, goes from parts to pitch in under two minutes, and requires no tools to assemble, so musicians can customize how their guitar plays, sounds, and looks onstage. Unlike traditional guitars, a component damaged in travel can be easily swapped out for maintenance without putting the guitar out of commission. The modular nature of the platform allows vastly expanded functionality over a traditional guitar, giving players license to explore the possibilities of their instrument. For example, by changing several parts it could transform into a bass or be assembled into a double neck guitar. It could also incorporate amplification, effects, or midi control surfaces for synthesizers, without compromising the instrument's original functionality. 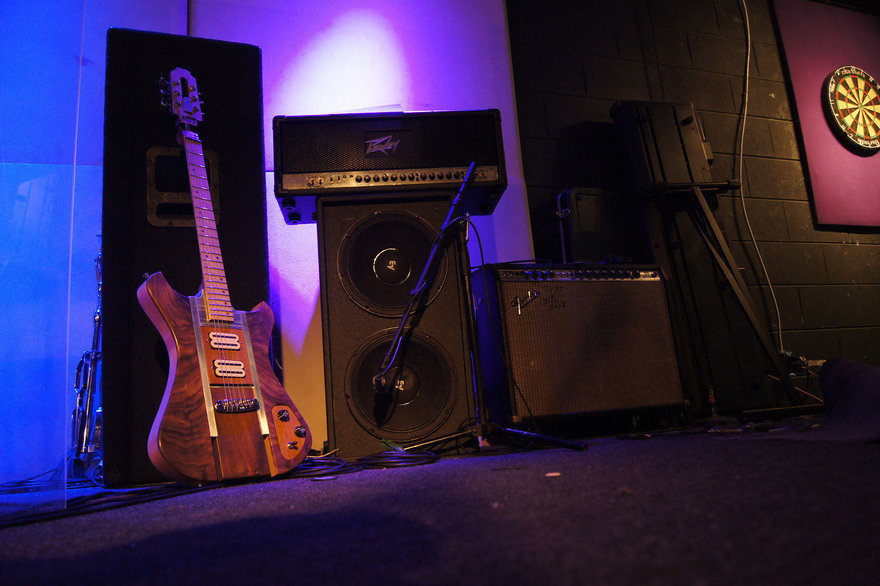 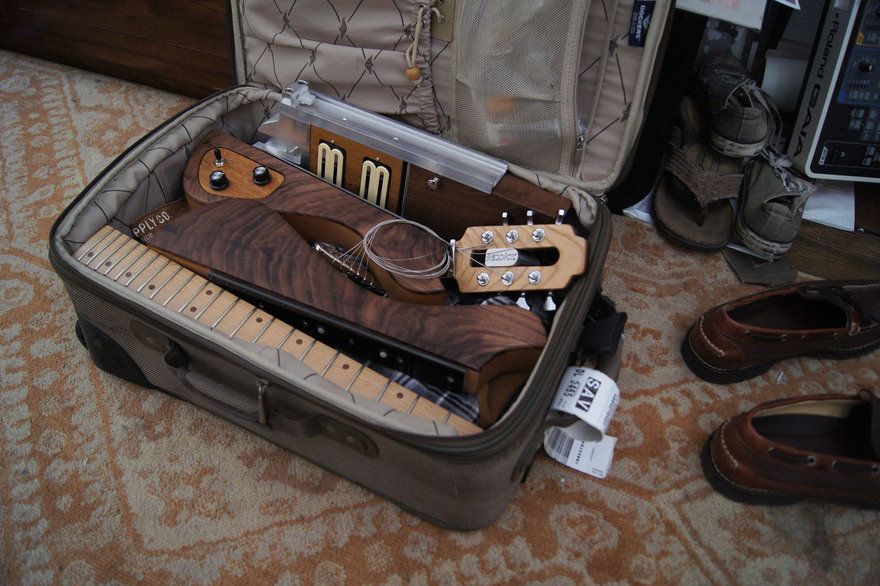 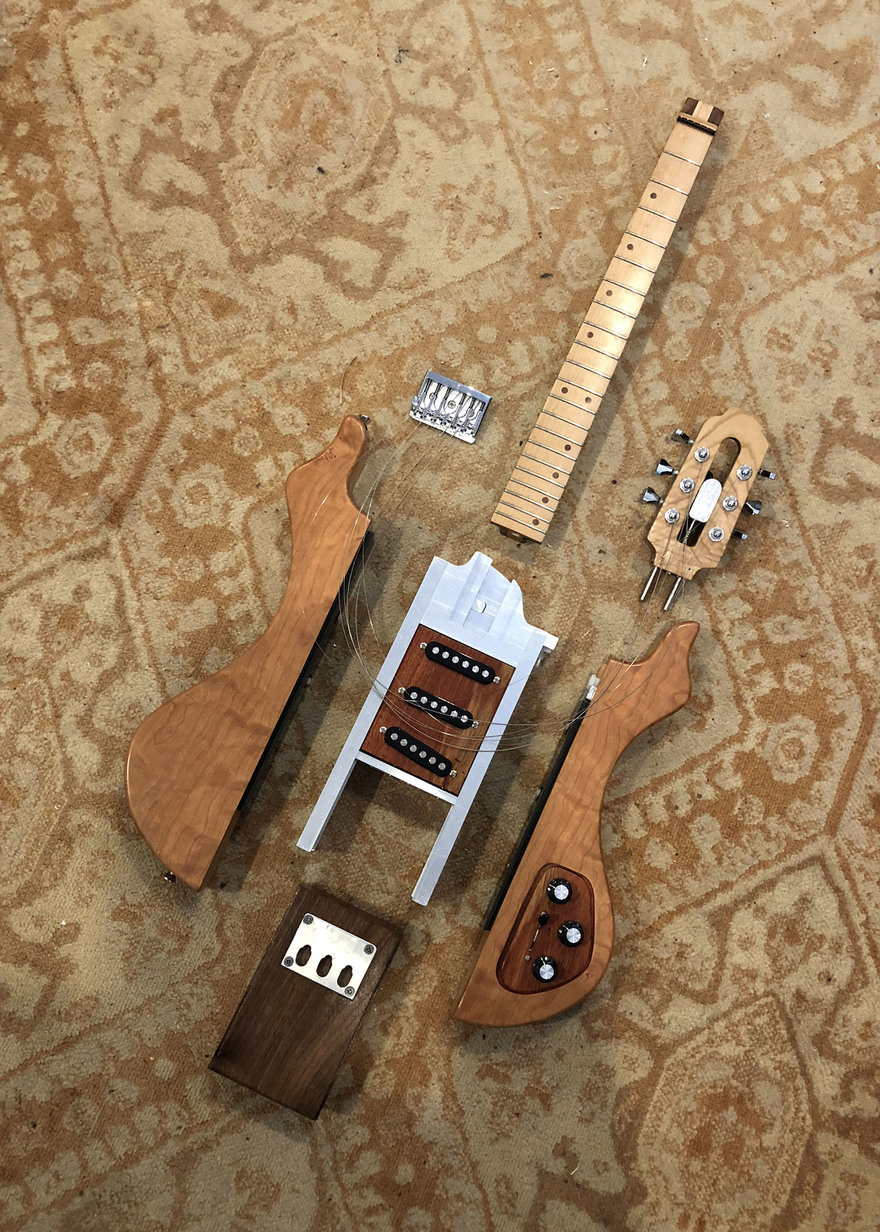 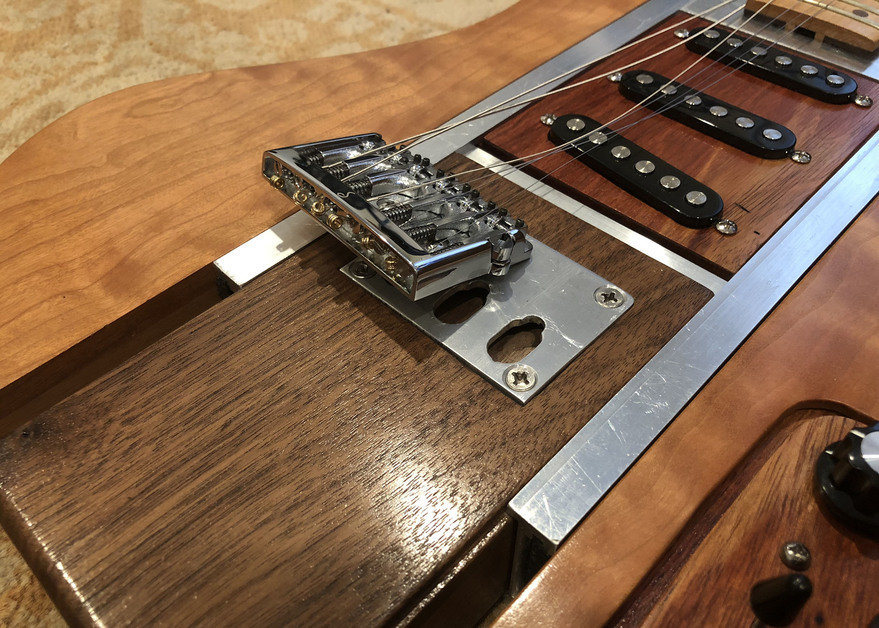 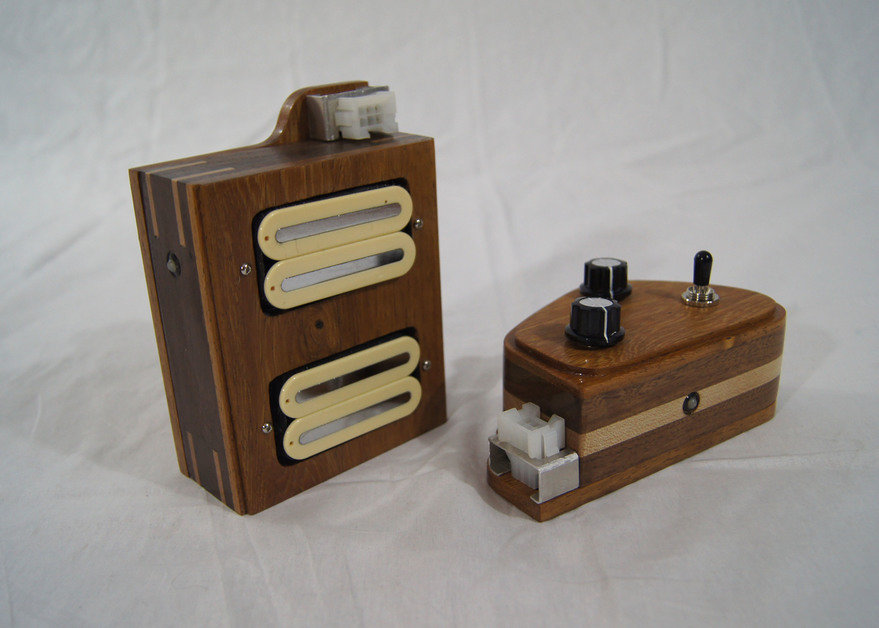 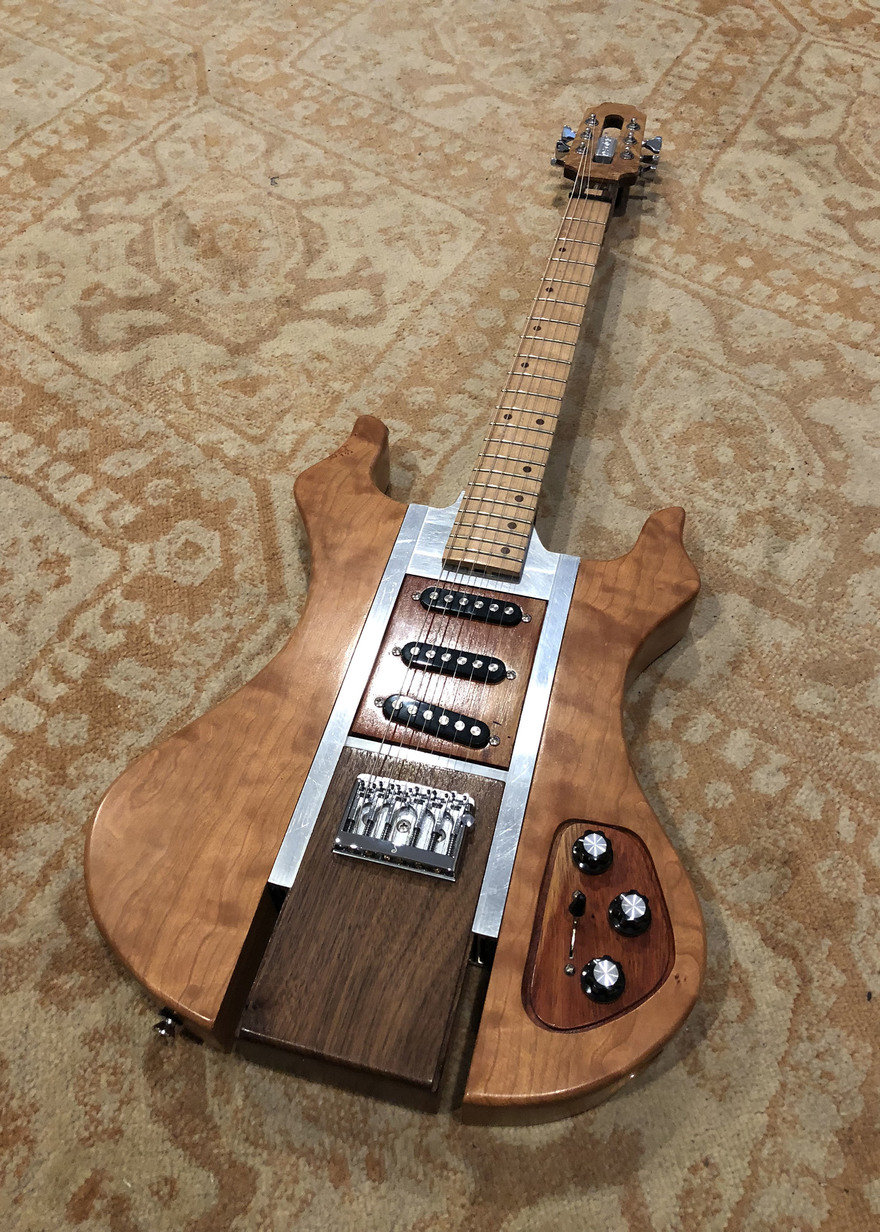 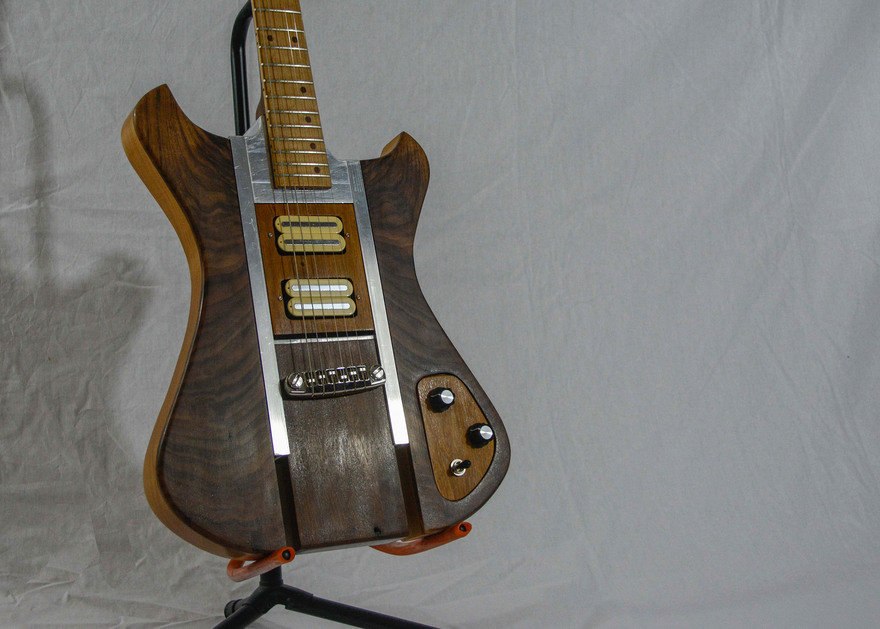 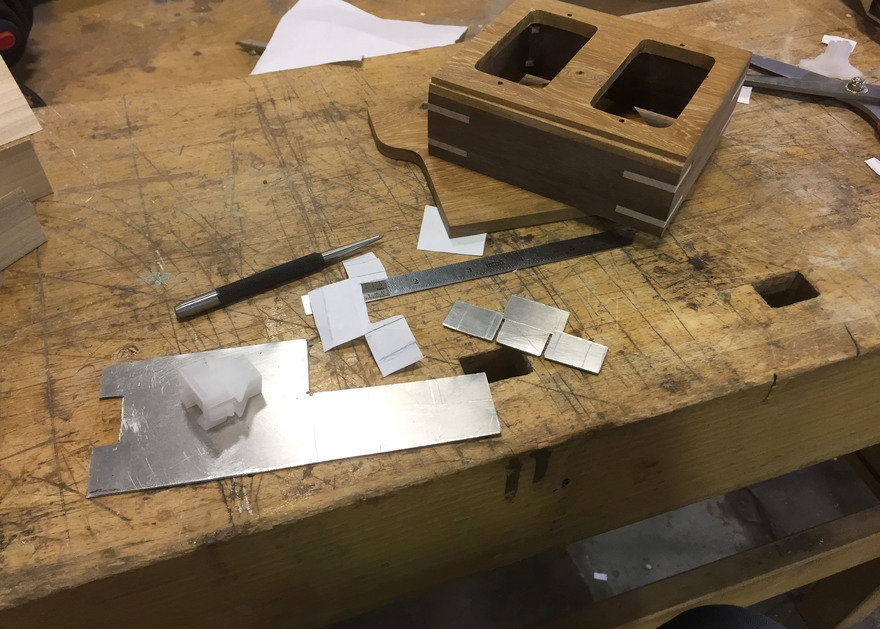 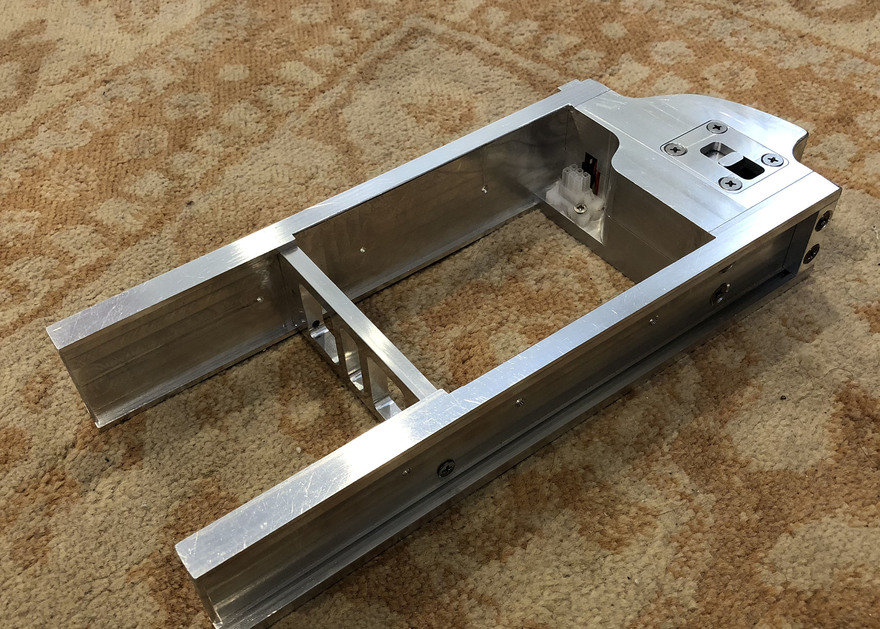 Many guitarists will not fly with a guitar, as they are often too bulky to carry onto a plane, and they frequently break in checked baggage. They are expensive to repair, and when broken they are completely out of commission until repaired by a specialist. When professionals must travel to gig or record with their guitar, theypurchase expensive cases to protect their instrument, but still worry it will break. Bringing multiple instruments on a plane is even more difficult, but is sometimes necessary. Professionals rarely use "travel" guitars for paid work, as they are rarely of professional quality. Mercury solves these problems. It is a collapsible guitar composed of modules that can be swapped without tools, allowing customization in real time. It can transform into a completely different guitar by changing parts,and goes from parts to pitch in under 2 minutes. In its collapsed state it fits into a standard carry-on suitcase with room to spare for clothes or more parts. A damaged part can be swapped out for repair without putting the instrument out of commission. Furthermore, a user does not have to buy a whole new guitar if their needs or tastes change. The modules fit into a structural machined aluminum receiver, which allows the modules to be handmade from traditional materials such as wood.The neck is easily removable due to a tensioning mechanism that allows the strings to be removed and put back on all at once without fully removing them from the headstock and bridge. This was necessary because replacing guitar strings is a time consuming and tedious process, and strings often cannot be reused after theyhave been installed once. The receiver is designed such that the parts can be swapped without changing other parts (for example, the electronics can be changed without affecting the body or the neck, and the neck can be changed without affecting the body or the electronics). Besides the receiver and tensioner, no custom components are required (all other guitar parts and hardware are available off-the-shelf). There were many technical obstacles to overcome in order to create aneasy to use, tool-free modular guitar without compromising playability, aesthetics, and sound. One of the first challenges was figuring out how the neck would reversibly attach to the body. Originally I planned to use wood joinery, but over time the wood would compress and the fits would become sloppy. Instead I designed a joint that is keyed into the aluminum receiver such that the strength of the joint is enhanced when under string tension. I incorporated a latch so the guitar could be held by the neck while not under tension. I knew I required a tensioning mechanism to allow the strings to be quickly removed, permitting the neck to come off. To this end I designed a clamp-like spreader device that uses a lead screw braced against the top of the neck to quickly add tension to the strings. The stringsremain attached to the headstock and bridge, and these parts are easily removed when there is slack on the strings but lock in place when under tension. This was essential to quick assembly and disassembly of the instrument. Another challenge was securely mounting the modules such that they could be removed without tools. I had planned to use latches, but instead I selected ball plungers with detents on the rails. Making the electrical components connect automatically was a further challenge. After much research I selected a self-aligning blind mating interface for this purpose and modified them for my application. Figuring out where these mechanisms would be placed such that they did not interfere with each other was a constant challenge throughout the design process. The nature of this invention is that it is a platform for guitarists to explore the potential of their instrument. While the original iteration focuses on capturing the standard functionality of an electric guitar in a collapsible and customizable package, the modular nature of the platform allows for the expansion of this functionality. Any number ofother technologies, electronic or mechanical, may be incorporated to expand the functionality of the electric guitar in practice, performance, and recordingcontexts. Examples include becoming other stringed instruments like a bass, baritone or double neck, incorporating amplification, or including electronic controlsurfaces like touch screens or midi triggers. The technology also creates interesting opportunities in the manufacturing and business realm. Parts can be made separately and then assembled on demand, reducing lead-time and waste from defective parts. A product service system could be implemented, allowing users tolease a receiver and swap out parts through the mail rather than buying outright. Users could also collect and trade parts with each other, creating a community around the product. This guitar platform has the potential to be a more sustainable approach to guitar manufacturing. Unlike many mass produced guitars, a defective part no longer makes the instrument unusable. Smaller pieces of lumber can be used to make the individual parts, reducing waste. Abundant domesticwoods like maple replace exotic and endangered woods. The ability to customize the instrument means that guitarists do not need multiple instruments for differentsounds and playing styles. The aluminum components are designed for repair or remanufacture, and defective components can be recycled. Incorporating aproduct service system can help keep the parts maintained and in circulation, and provides an end-of-life reclaim solution for parts that are damaged beyond repair.