Getting youth the vision care they need may be the most cost-effective way to improve child welfare; it has a greater impact on academic success than any other health related intervention. In spite of this - and the fact that the vast majority of vision problems (especially for kids and teenagers) can be remedied with corrective lenses - 239 million youth globally do not get the eye care they need. While this is related to a wide range of factors, the product of this thesis addresses one particular aspect of this problem - eyeglasses for American teenagers in low socioeconomic areas - in an effort to increase the use of glasses among this demographic and reduce the number of people in need. This design confronts the problem through a categorical redesign of eyeglasses.
Specs are completely modular eyeglasses that do not require any tools to assemble. They are inexpensive to manufacture (by injection molding), 3D printable, and completely recyclable. Each pair of Specs consists of four pieces: two temples, one face piece, and one nose piece. The components can be swapped out in seconds, which enables daily customization by the user. Additionally, the temples fit to the face piece in a novel way that references furniture joinery, which makes the connection point more robust and less expensive than traditional hinges. If one does break, the user can replace it cheaply and easily.
The nose piece is made of a thermoplastic with a lower melting temperature than the rest of the frames (similar to a mouthguard). The user drops it in hot water, fits it to their nose, and then snaps it back into the frame, creating a low cost but highly customized fit.
Because Specs were designed for teenagers, they have an oversized, chunky plastic aesthetic and can be infinitely personalized. They are also intended to be sold exclusively via app. Facial recognition technology - such as that used by SnapChat - could be utilized to fit frames to selfies, which can then be shipped directly to teens or schools. Although stigmas surrounding eyeglasses have significantly decreased throughout the United States (glasses are now frequently seen as a status symbol among many), strong negative perceptions are still pervasive among lower-income teenagers where the "cool" glasses are prohibitively expensive. Designing eyeglasses to have the same social cachet in schools as popular sneakers (but at a much more accessible price point) could further destigmatize glasses as a medical device and increase the number of kids and teens getting the vision care they need. 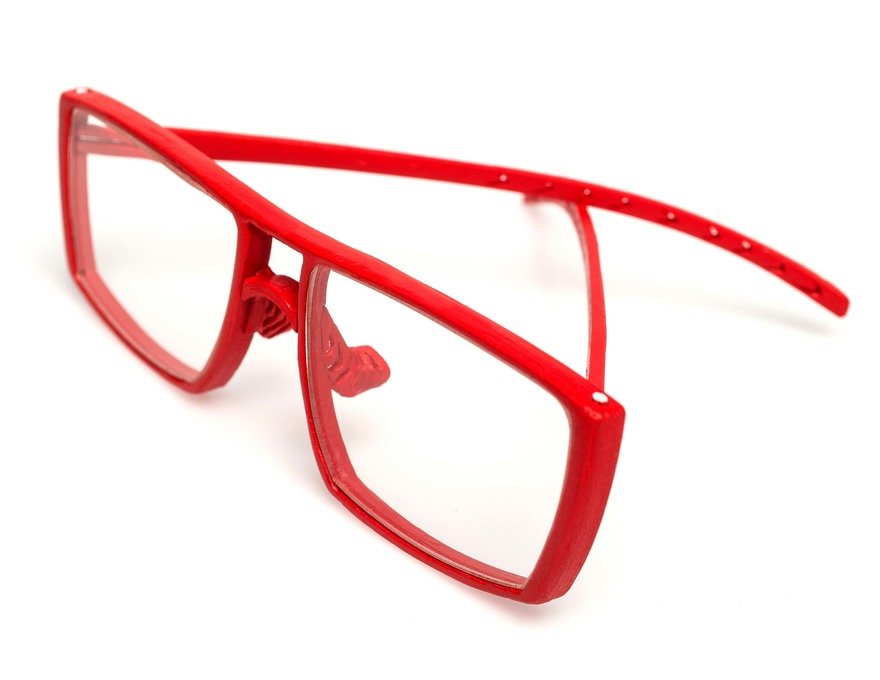 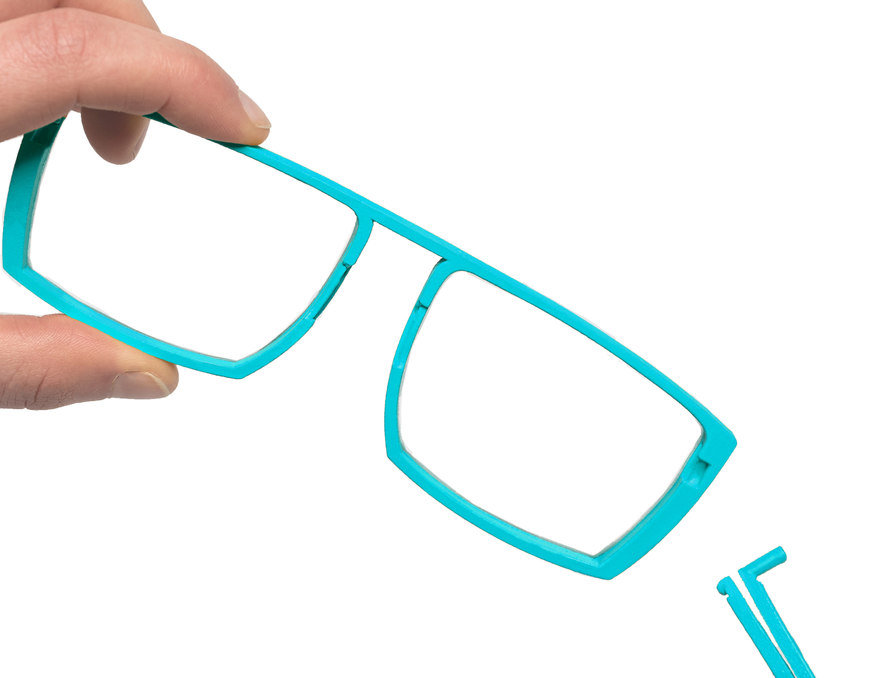 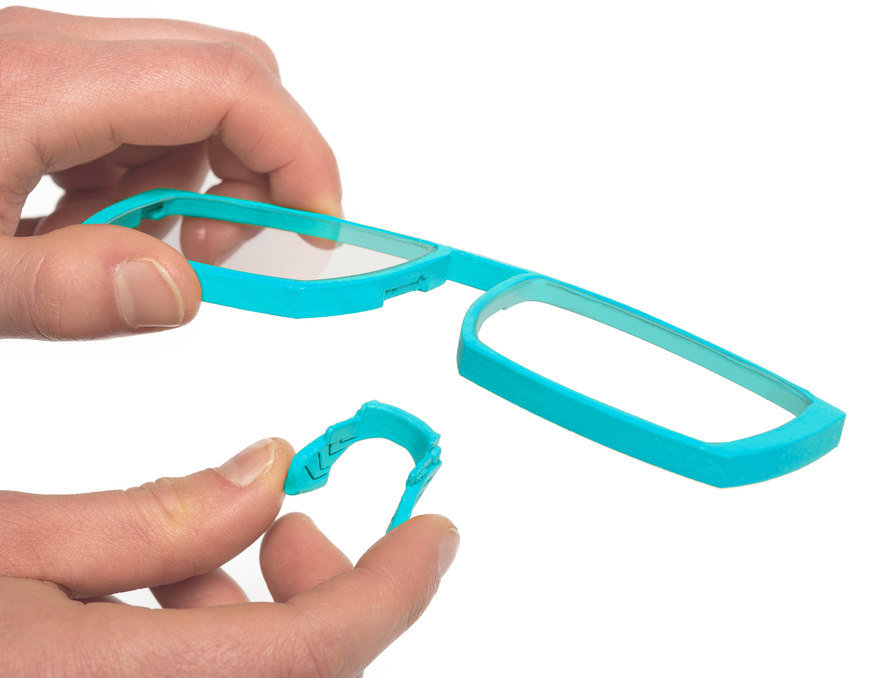 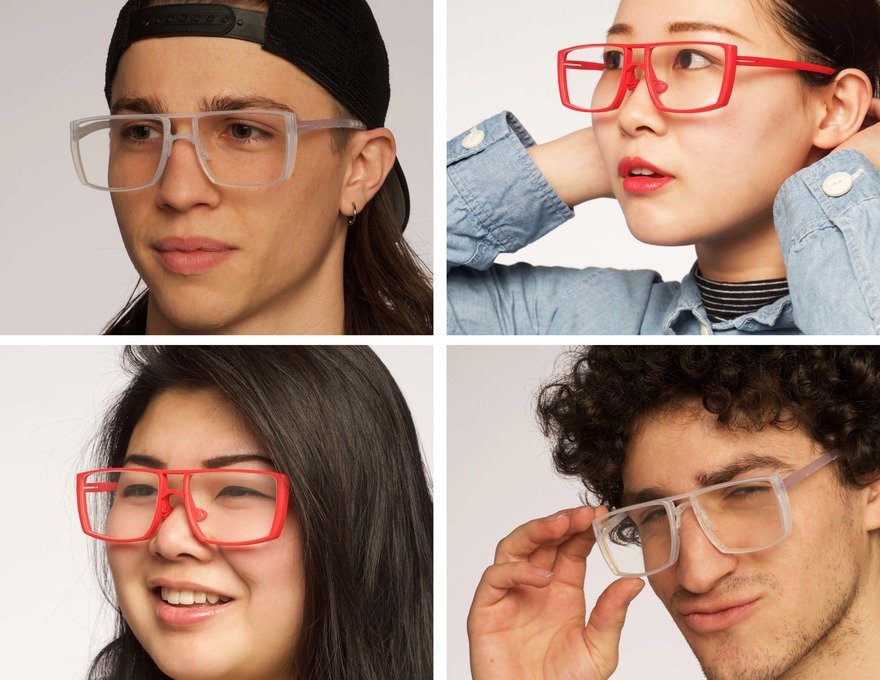 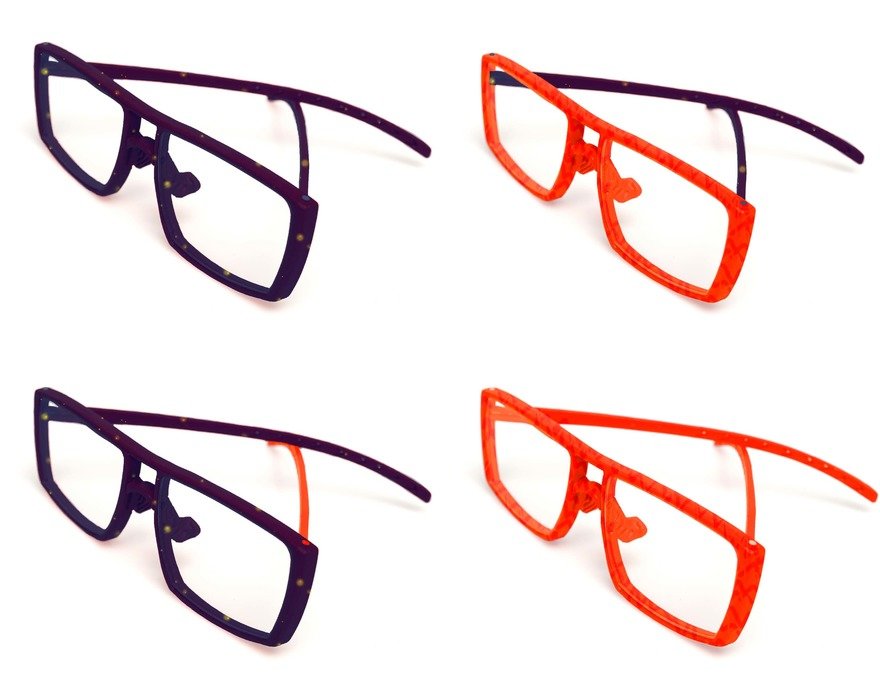 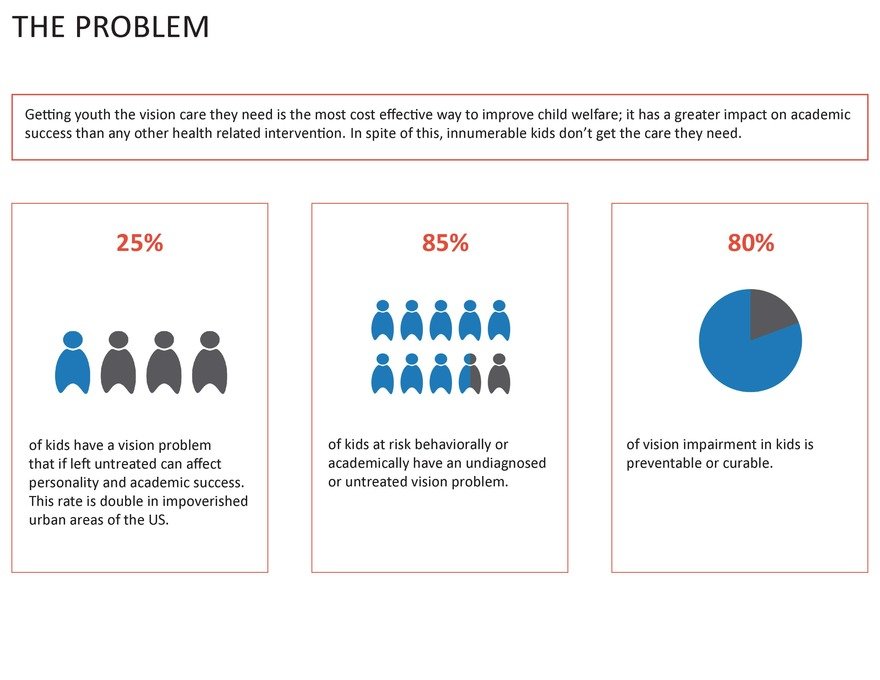 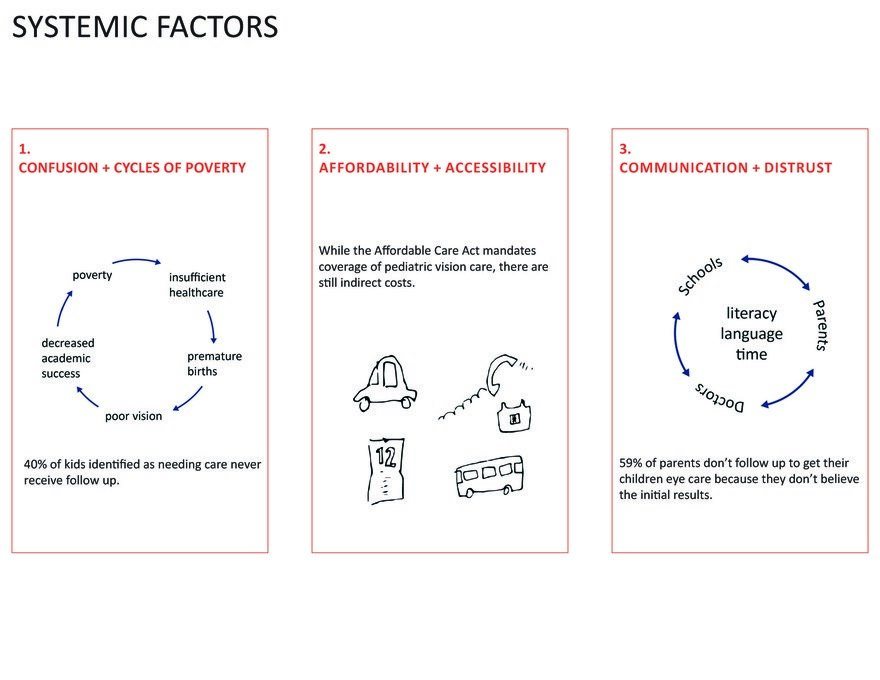 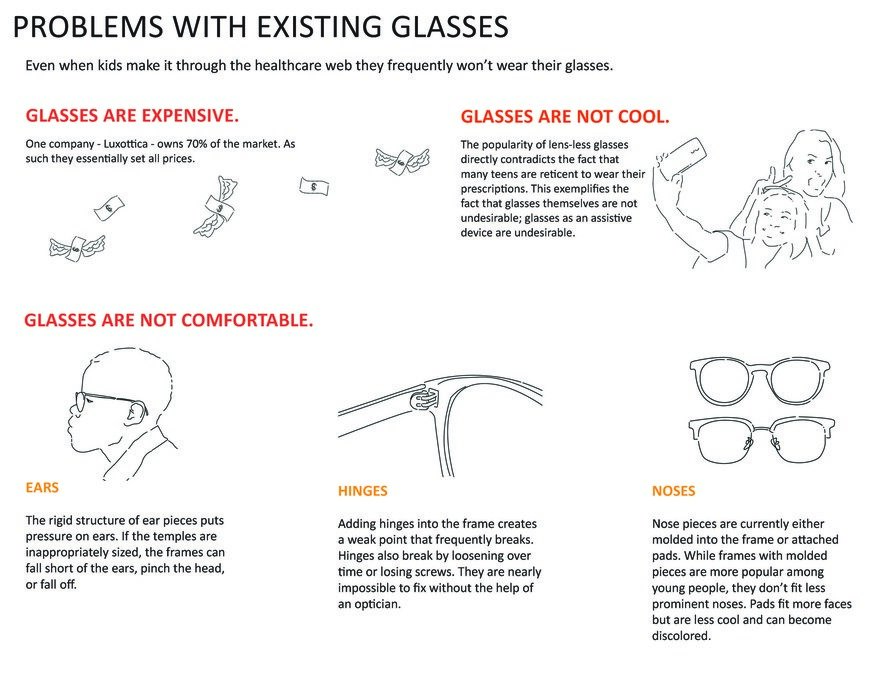 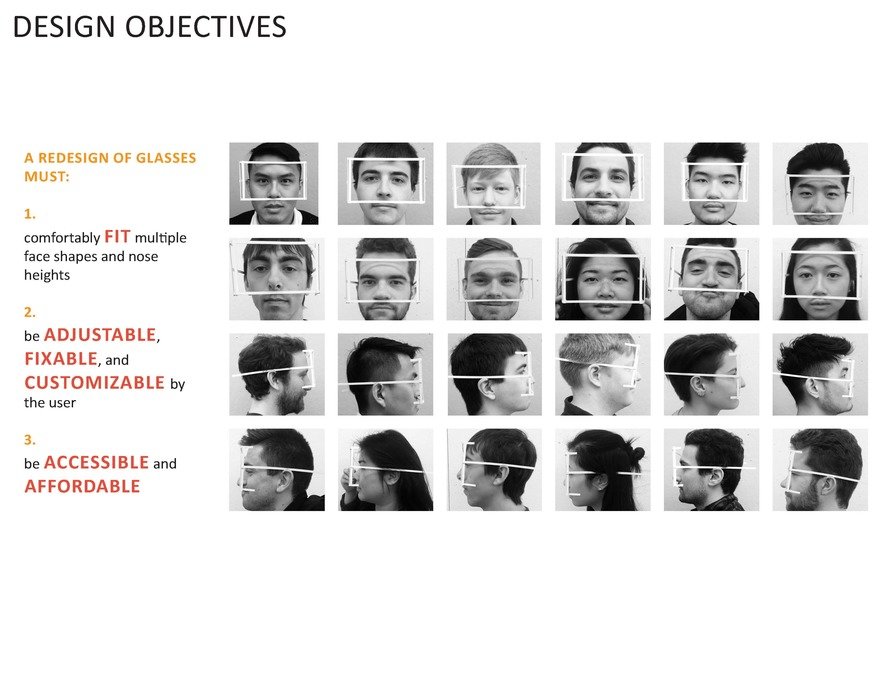 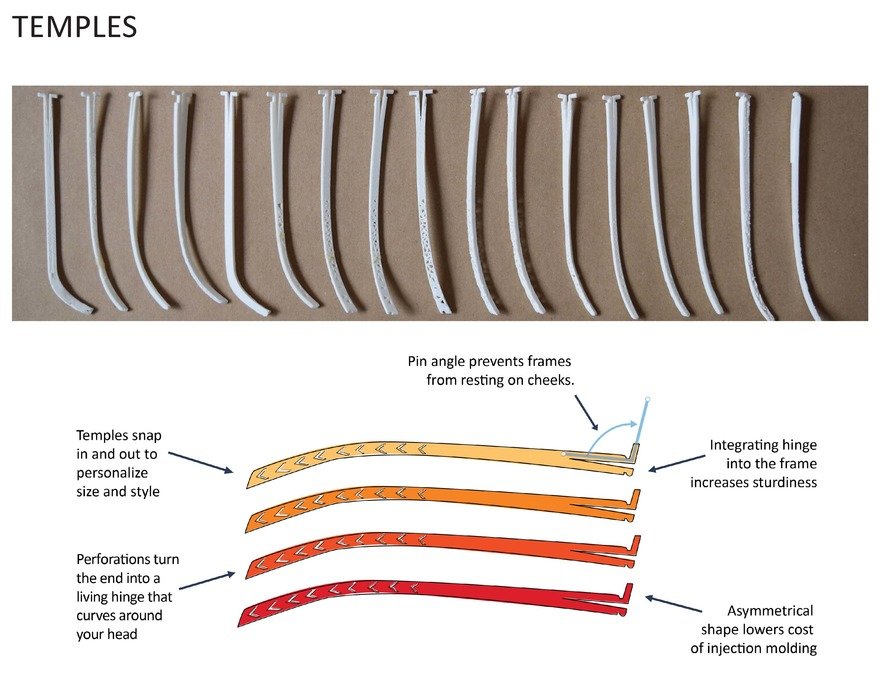 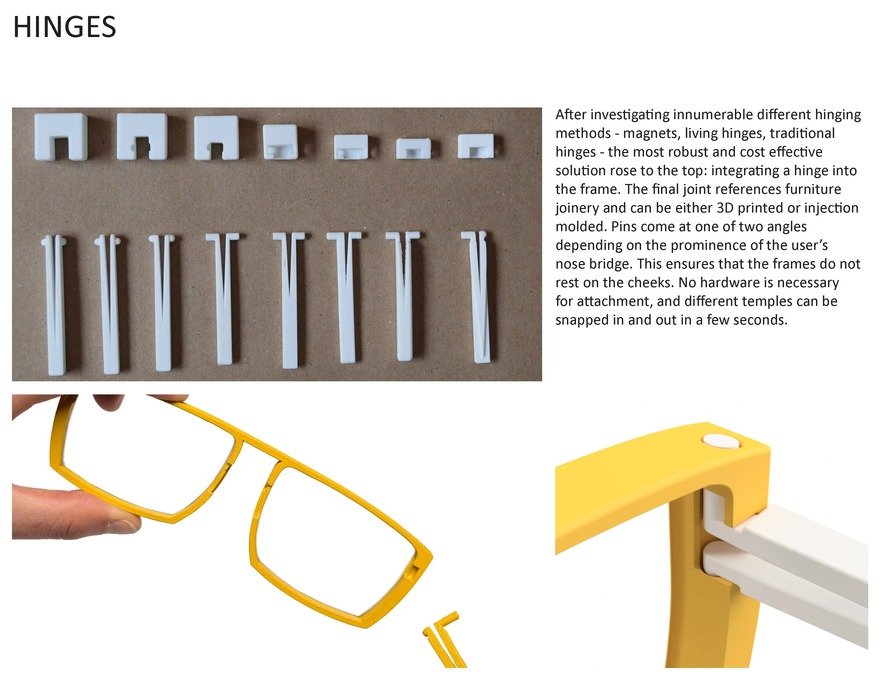 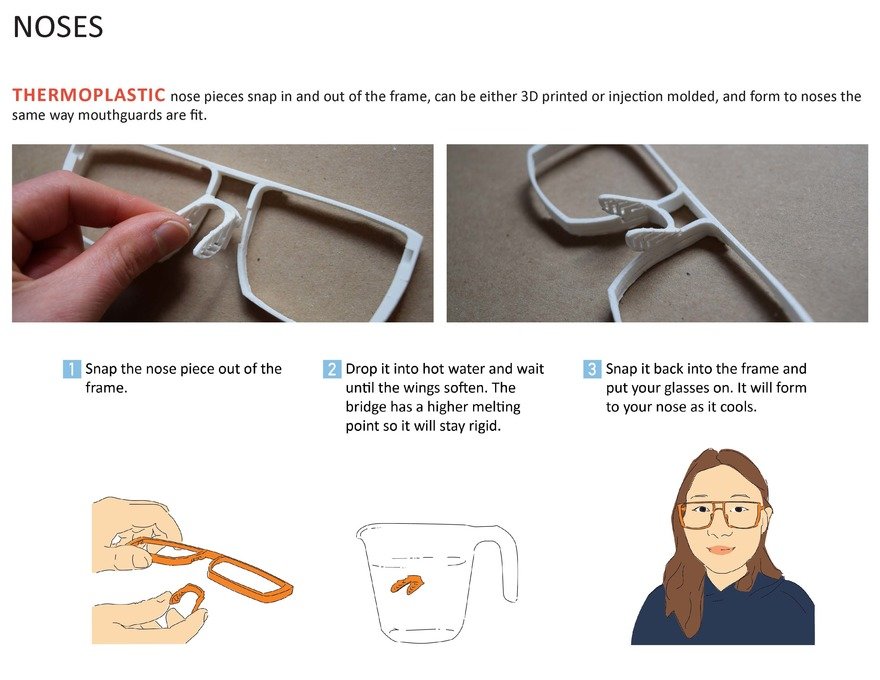