Play Impossible's GameBall is an active gaming system combining physical play with digital app magic to ignite thejoy, challenge and entertainment that keeps kids moving and engaged with one another. Play Impossible's debutphysical product, the Gameball, bridges the gap between addictive digital media and physical activity combining both worldsinto a singular experience.

The Gameball's lively motion and energetic sound-design engage kids within the Play Impossible app where theGameball is the controller. In this paradigm the physical object is made digital - simply toss the ball to change games,and tap to start. Games like Bomb Squad turn the Gameball into a live grenade ready to go off, while free-form playtracks how far you've thrown or how much spin you had on a kick.

Freedom from constraints, rules or instructions are key factors in having fun. We needed to develop games that balance structure without inhibiting freeform creativity. We resisted the urge to make it too educational, or too competitive, and the notion is really to reintroduce play in a very enticing physical and digital way. We had to be careful to compliment, not dilute, the open-ended simplicity of a ball. Tons of iteration and vetting led to an initial set of 10 games that have proven to hold the attention of kids and of course - are fun!

The history of the ball goes back at least 10,000 years. It's an object that's central to our sports and leisure activity.That's really unique. There aren't objects like that. The biggest task for us was how not to defile the simplicity of thatball. 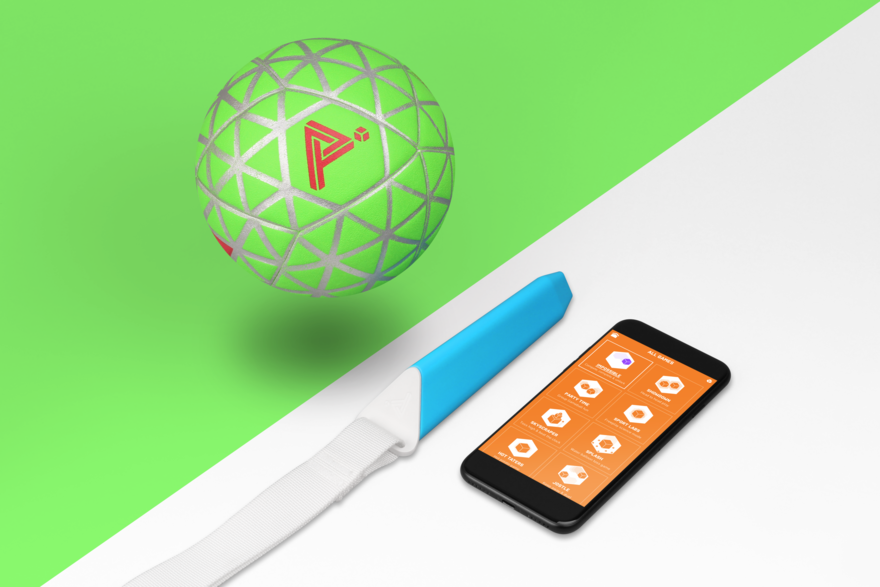 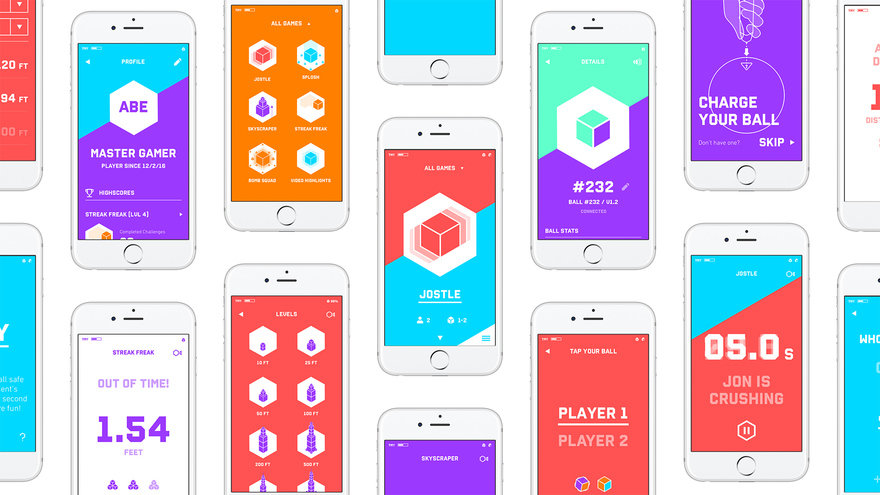 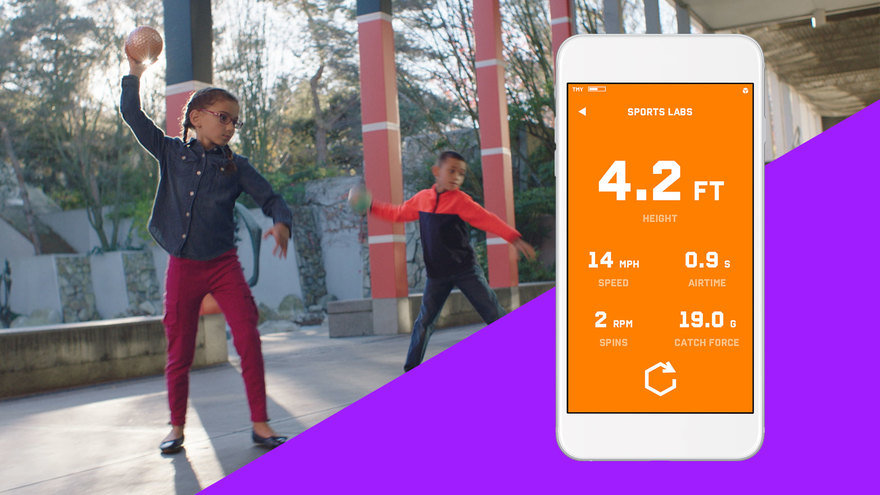 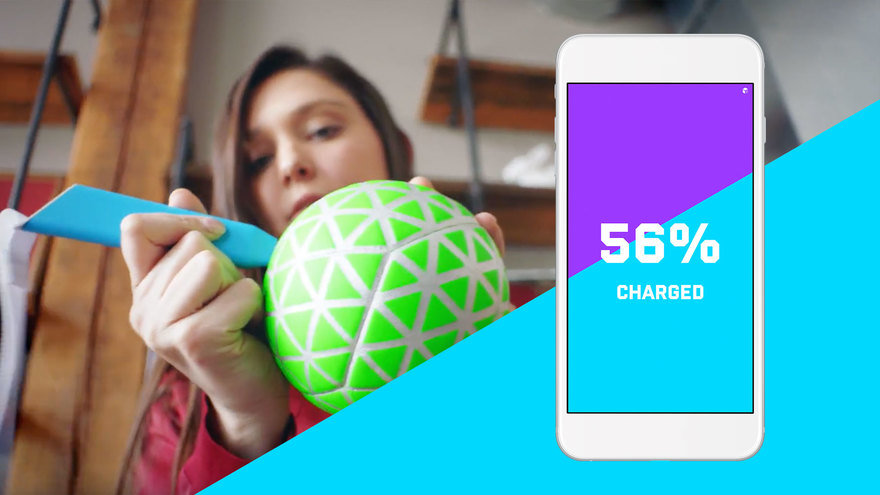 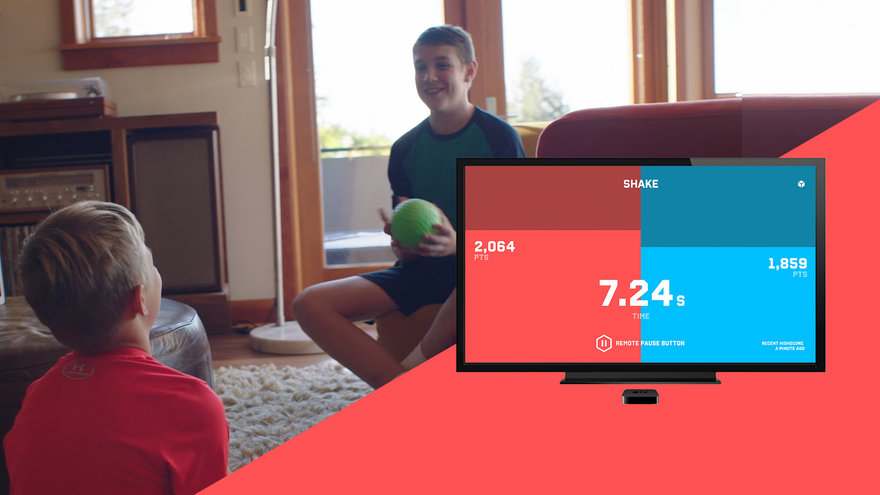 The Gameball utilizes traditional volleyball construction - a time-tested form of ball construction that has been refined over decades. It was a challenge to have to literally inject our sensor-technology into this analog object without diluting the qualities of balance, bounce and feel. Careful attention was given to the assembly process to make sure that the final ball invisibly hides the tech within while maintaining these essential traits.

With a combination of physical gestures and an interactive App, the Gameball stakes claim to a new territory of product- a perfect meld of physical and digital. There is a certain purity and simplicity in a ball - a quality that lends itself to fun.

This is an object that humans have been having fun with for thousands of years - we wanted to make sure that simplicity and open-endedness was upheld in the Gameball. As a result, we let technology live quietly in the backgroundand celebrate the essential qualities of tactility and physicality. At the end of the day, it's just fun!

The App and Gameball interact through basic gestures and the ball's motion is registered through multi-sensorelectronics. Tapping, tossing and shaking is interacting with the games - please watch the video.

The Gameballs come in vibrant shades of microfiber and are complimented with silver and gold foil patterns, hinting atthe technology within. A tessellated pattern invokes motion and offers a nuanced level of grip for a smaller hand. TheApp is using similar vibrancy with simple navigation and functional hierarchy.

Overall the design succeeds in making all users smile and giggle at the first moments - simply put, that is all wewanted, having fun with our friends!

Play Impossible's Gameball paves the way in a new category that leverages tech for active, physical play - steeringkids away from mobile devices and pointing them back outside again. Play Impossible's digital interaction is play in thepure sense of the word play - without ulterior motives, programming balls, pressure to learn coding or becoming NFLprospects. Kids see the digital domain as part of their fun. Play Impossible aims for kids to get outside and do the mostimportant thing, play.

The Gameball bridges the familiar mobile game experience with active, physical play. For a generation of kids drawnincreasingly to screens for entertainment, the Gameball offers kids the chance to get up, move around, and connectwith their peers and family.

The Gameball is the first product of the Play Impossible brand. It's served as the flagship product in multiple rounds ofinvestment, including the successful Indiegogo campaign that raised over $100k in late 2016 and secured a distributionpartnership with Amazon and Target. In January 2018 Play Impossible's Gameball took home the Last Gadget StandingAward at CES .