Fall 2017 gave rise to record-breaking hurricanes and unprecedented devastation. The resulting damage to the power grid impacted victims near and far. Some were prepared, yet many were not. Those in the pathway of natural disasters are frequently caught off-guard and unaware when the power goes dark. Arclite rethinks the idea of preparedness by bringing emergency lighting into the everyday. An ever-present resource for the home, Arclite transforms during times of crisis, eliminating the cost and redundancy of specialty products which receive only limited usage. In an outage Arclite provides light immediately, empowering families to secure their homes with functional task lighting. Furthermore, Arclite doubles as a power bank for extended cell phone charging -a critical and primary need for many following the upheaval and uncertainty of an electrical emergency. As a result, Arclite

Coming up with a solution for a major problem that people would adapt and considering why people might not integrate your solution was the major challenge for this project. No amount of doing good things is helpful if people don't buy the product. It's not just about solving a found problem. If people don't want it and people don't see the need for it even the most well intended product will not be successful. So the approach was to sneak your solution in people's lives so that it is not as obtrusive and completely blends in with their mundane lifestyle. Being mindful about people's behavior was key part of the process.

Arclite marries two different category of emergency lighting products which has a very specific purpose for very specific time period and category of the power bank which has seen a significant growth in recent years. Emergency lighting products are made with aesthetic suited for garage and with very rugged look. They barely fit into your living spaces which is why people hide them in their closets and don't find them when they need it. Arclite takes care of this problem in a innovative way by bringing emergency lights into part of your everyday. It has the directional as well as the ambient light for the emergency and you don't have to look for it because it lights up on its own in those situations. And even if you are not close enough, you always know where it is, since you use it everyday as your charging station.Talking about charging station, it doubles as power bank in outage. Unlike other power bank Arclite features a modern sculptural form that you don't have to hesitate to flaunt in your living spaces.So rethinking of the use of emergency lights and power banks makes this design very unique and innovative.

The fact that Arclite can be used everyday and also rescues the users from the darkness when there is power outage right away has to be most delightful user experience. It makes that particular chaotic moment as simple as it can be by turning on automatically by itself. It lights up the whole room with an ambient light. The users don't have to worry about or fumble around to find where the emergency lights are in an unexpected power outage. And they don't have to worry about gathering all there emergency power banks to prepare for the disaster they are expecting.Second order of business for the user would be to secure their home, which they can do with the help of the brighter directional light required for the task.Directional light or flash light is charged when it is docked on top through a smart connector.It turns on as soon as the user picks it up. It turns off immediately as it is docked back into it's place, making the design very intuitive.As Arclite also doubles a power bank, users can still rely on their everyday charging station even when there is a power outage. The latest lithium ion battery technology allows to store enough power to fully charge ten iPhone and ambient light late evening for five days. So all of these thought out features adds up to make the process of disaster preparation seamless and make the user experience simple, intuitive and delightful.

The manufacturer has the ability to reach out to large number of people worldwide because of this unique and innovative design for this essentially universal problem. Power outage is something that almost all parts of the world face in someways. So if the manufacturer can market it in that way, they can get profit and built their brand reputation as a very reliable company because reliability is at the core of design here especially in the disaster situations.

During the fall of 2017 the number of people displaced and directly affected by the hurricanes were in thousands. But the number of people who were just affected by the power outage were in millions and were geographically further away from where the actual disaster hit. Arclite is geared towards that larger chunk of the population who are living dangerously with candle lights and wick lamps struggling to keep their phone charged, as cellphone has become a vital piece of equipment for getting help and survival in these dire situation. Arclite also eliminates the redundancy of buying different products for different situations like emergency light and power bank separately which will have an impact on the environment and the economy and eventually benefits the greater good of the society. 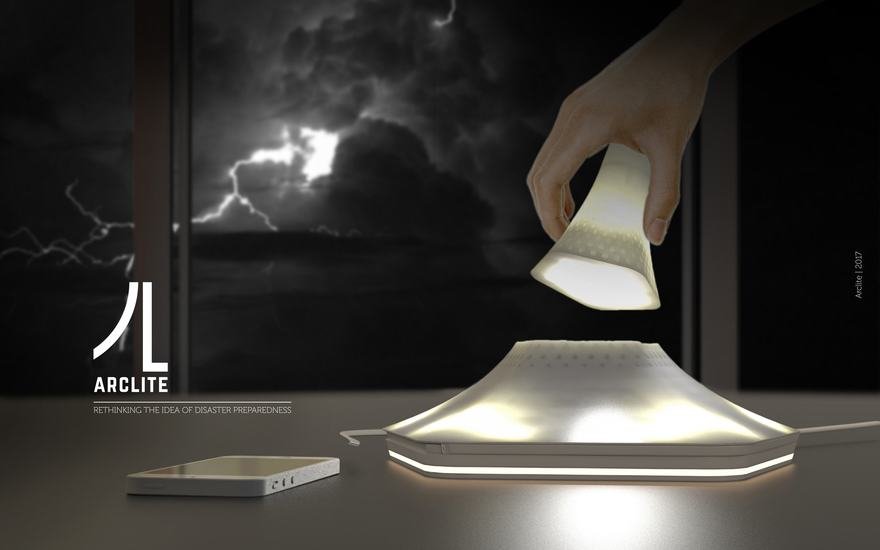 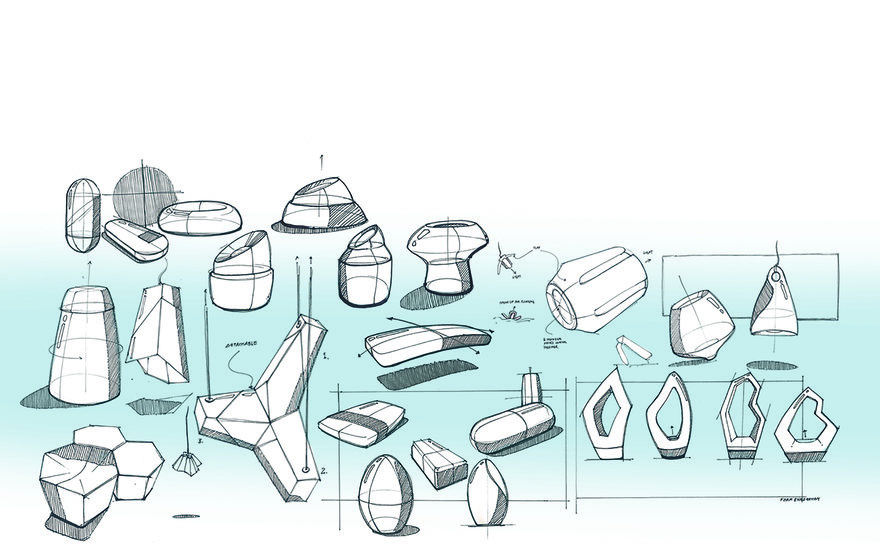 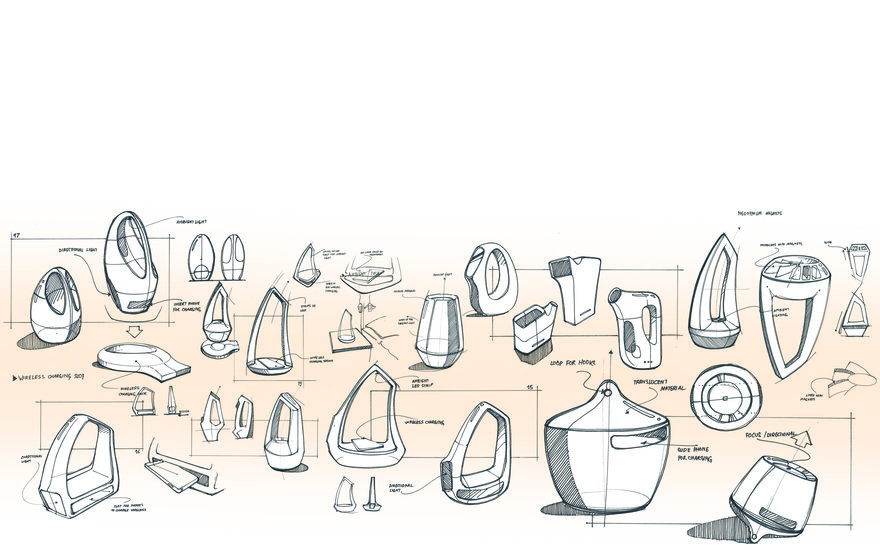 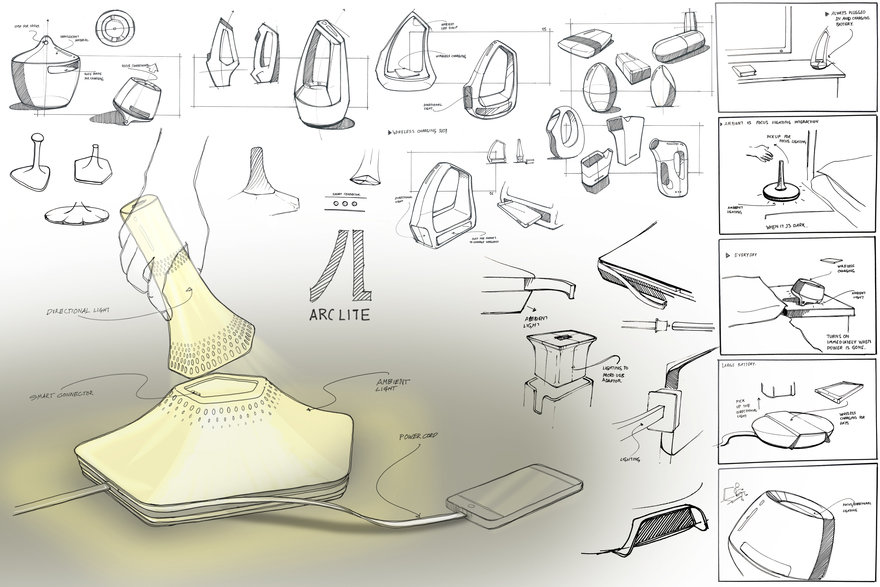 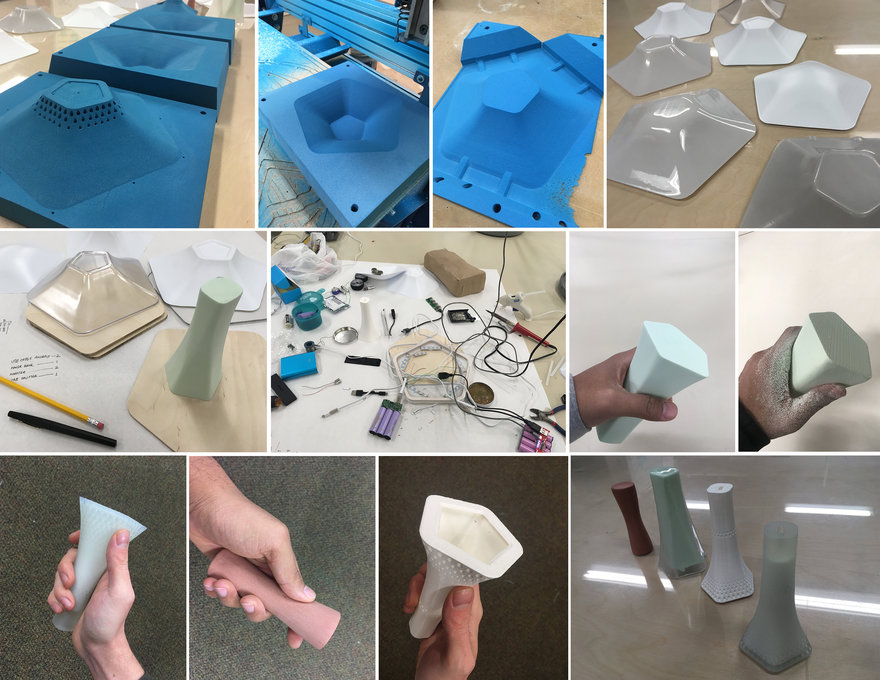 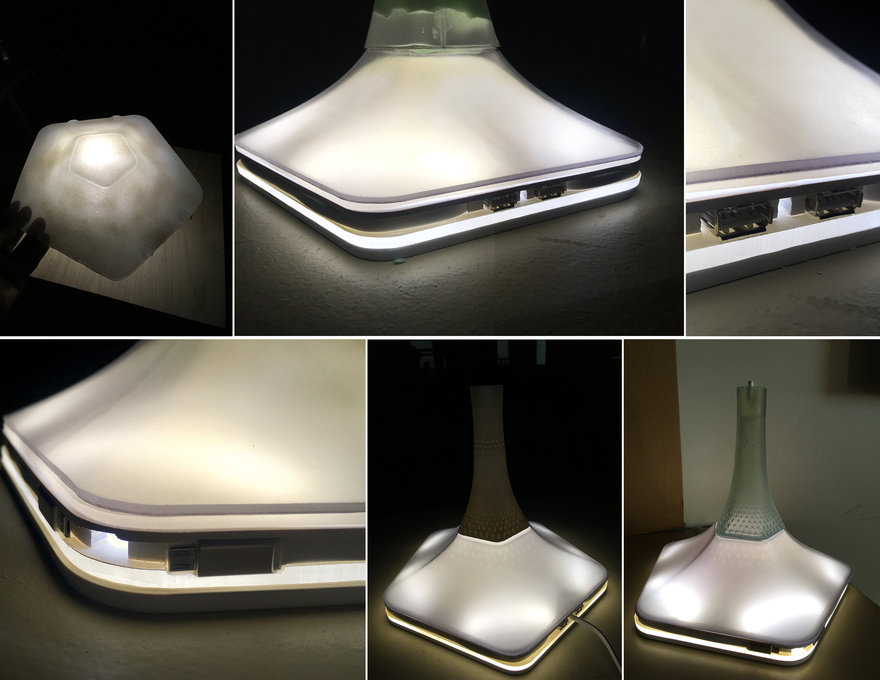 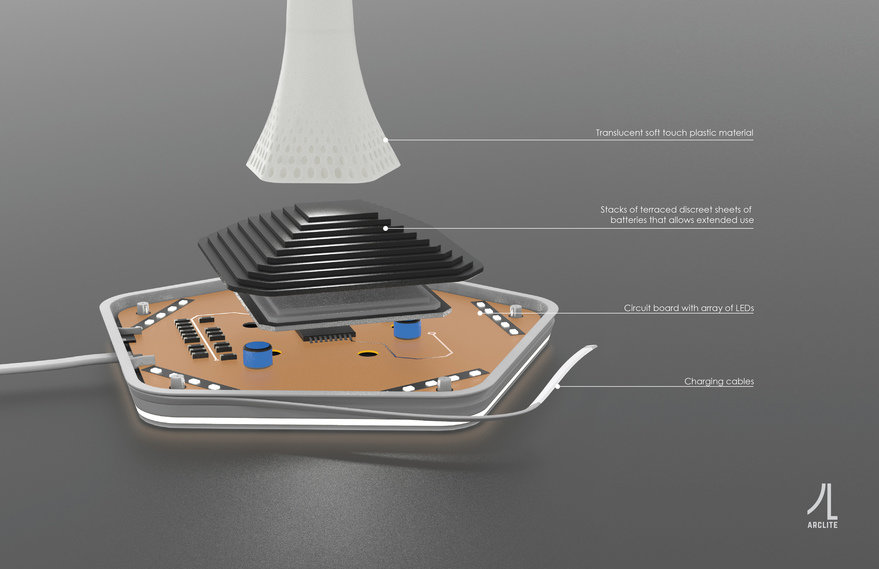 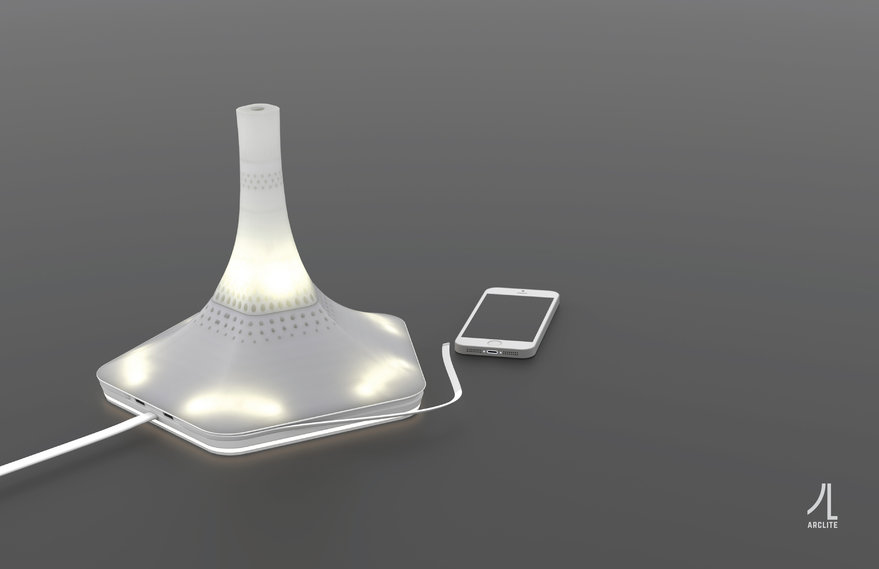 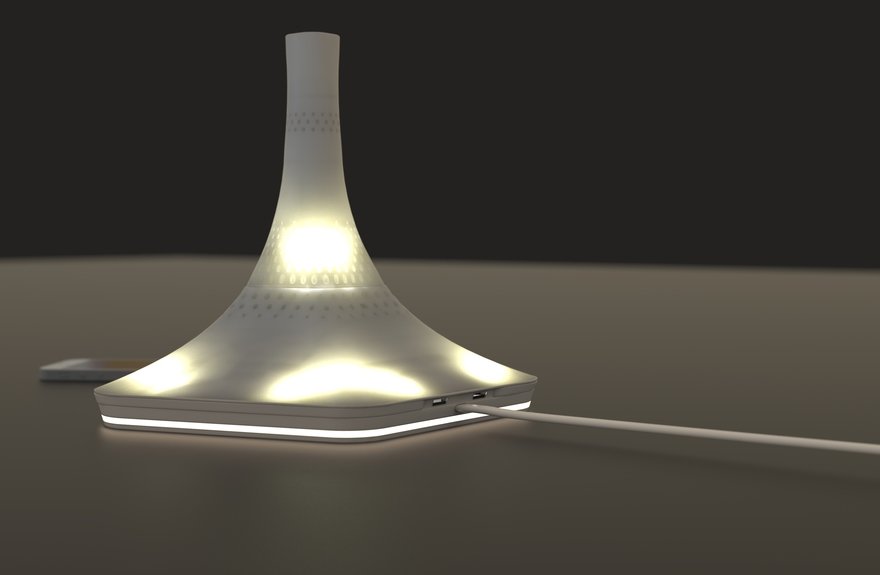 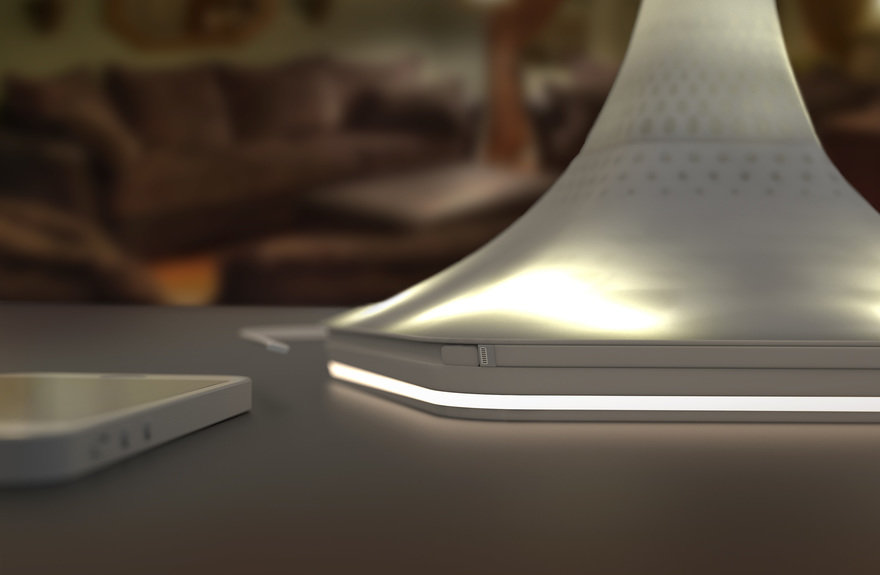 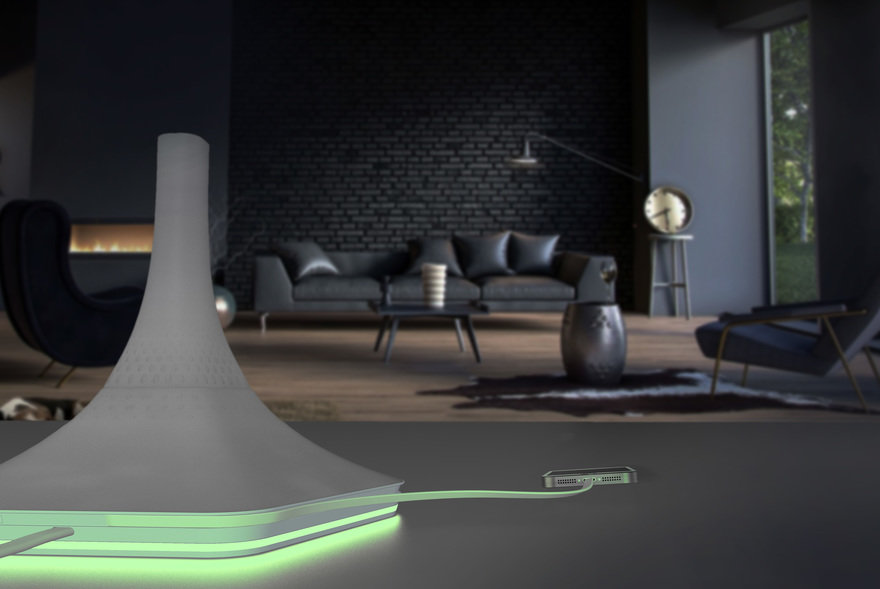 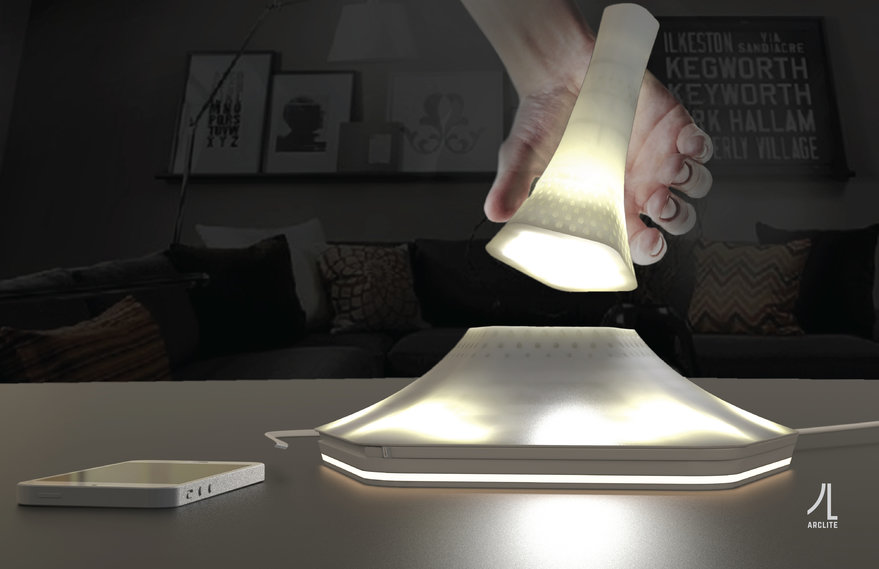 In 2015, in my home country of Nepal I experienced the terror and aftermath of a series of major earthquakes. Coming here to Notre Dame, it was a startling to realize the chaos and confusion created because of disasters, is not limited to a developing country.

In fall 2017, I saw the devastation in American cities in Texas, South Carolina, Florida, Louisiana and Puerto Rico. While hurricanes cause extensive damage, it is the power outages afterwards that impact a far greater number of people. To get first hand insight, I connected with a number of people affected by these hurricanes and interviewed them remotely.

Renee is one of those people. She is 42, and lives in Jacksonville, Florida. She lost power almost immediately which took six days to restore. While her home was undamaged, she was using wick lamps in the evening and she found herself completely cut-off and isolated. She was able to charge her phone once by going out and finding a store with a generator, but otherwise she had no way to communicate with friends and family once her phone died. Cathlyn Thompson is from the same area who had sixteen family members. She had few flashlights organized in a closet but wished she had better emergency lights. Everyone wanted a flashlight because the whole space was lacking an ambient light to give them a sense of ease. At the time of my research in mid-September, it was calculated that power outages from just Hurricane Harvey and Irma combined impacted over 20 million people in 8.7 million homes in Southeastern United states. So, 20 million people felt just like Renee or Cathlyn.

My research identified two critical insights that drove my process. The first is that emergency tools and supplies are just that, for emergencies only and because they're not in use every day, people forget about them or the need to buy them. Secondly, keeping a cell phone charged is one of the first and most critical needs. Even in situations where people are merely inconvenienced by outages, the loss of connectivity is psychologically distressing. This is a problem not just limited to disasters, as I am learning, but heavy storms, voltage fluctuations, wildlife disturbances etc. can all cause a temporary loss of power at any time. And after a major event, it can take on average four days to restore power.

My goal was to rethink the idea of emergency preparedness by bringing that functionality into the everyday but transforming as needed in an emergency. That also eliminates the cost and redundancy of products that often get limited usage. Lastly by incorporating a contemporary aesthetic, people would be encouraged to place it out in their home rather than hide it away. Benchmarking existing products actually helped to decide on the aesthetics of the product. I found that most emergency products, such as these flashlights or backup battery chargers have a common aesthetic that is more at home in a garage than your living room. Instead I was I inspired by clean geometry, minimal forms, and subtle texturing.

I began my ideation more focused on hand-held forms with negative space within the form but given the overall size needed to accommodate the battery array, I shifted my exploration to more tabletop stable configurations I began prototyping various shapes, investigating flashlight ergonomics, the base and its charging outlets and cords, and surface texturing and patterning. CNC router and vacuum former made the prototyping process fairly rapid. The electronic components were soldered and fitted. The material used for the prototypes were PET-G but ideally it could be translucent soft touch white ABS plastic.

So to conclude, Arclite is an everyday ambient light and doubles as a household power bank and charging hub for smartphones which always remains fully charged. It offers two USB ports, 2 micro USB cables for Android with a lightening adapter for iOS. If power is suddenly cut in the evening hours, Arclite as you can see demonstrated in the attached video will provide an immediate light source, eliminating the typical fumbling around until you find your phone. When needed, the convenient flashlight is always at hand. And it provides a fully charged flashlight as you go about your immediate needs around the home, preserving your precious cell phone battery.

So, Arclite rethinks the idea of disaster preparedness by making it a part of the everyday.