Mosskin is a wearable textile designed for female victims of burnt abuse many developing countries to heal physically and emotionally. It promotes hydration of skin and reduces psychological burden associated to disfigurement and scars. Bridging across the pharmaceutical and fashion industry, it not only acts as a healing aid but offers concealment to the damaged skin, enabling these victims build up self-esteem after the events.

By integrating sphagnum moss onto its surface, it maximises the potential of a textile to retain water and also other minerals for long hours. The moss's water absorbent and anti-bacteria properties allow Mosskin to stay hydrated and aid the healing process of scars and burnt disfigurement. This applies to victims who suffer from great discomfort and itch due to damaged sweat glands, especially under the sun. By providing a constant moist environment for the damaged skin, it eases the user's distress.

First, Mosskin would be available from shelters and textile shops. Then, necessary supplements and water would be added onto the surface of the textile, hydrating it. Next, wear the product with the moss surface close to the skin. They could go out for short walks; to the market; clinic with it and would be sheltered against the sun, at the same time, making sure the skin stays hydrated throughout. The duration of use would be approximately 3-4 hours. After they had reached home,Mosskin would be removed just like any other fashion accessory and left to dry like a textile. 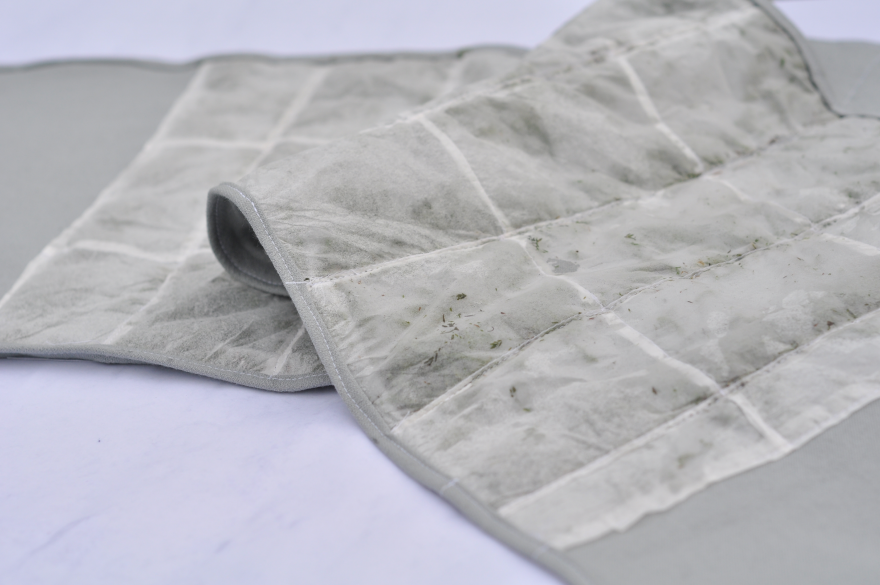 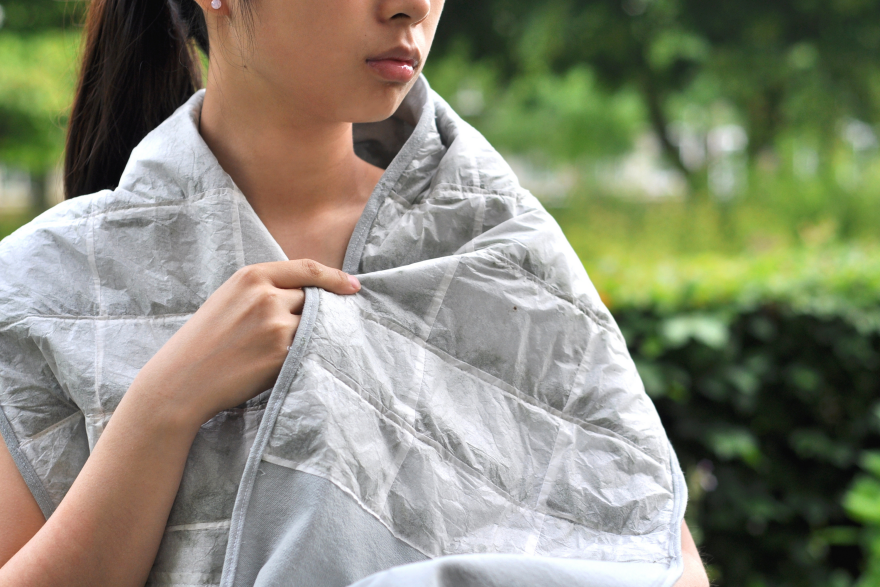 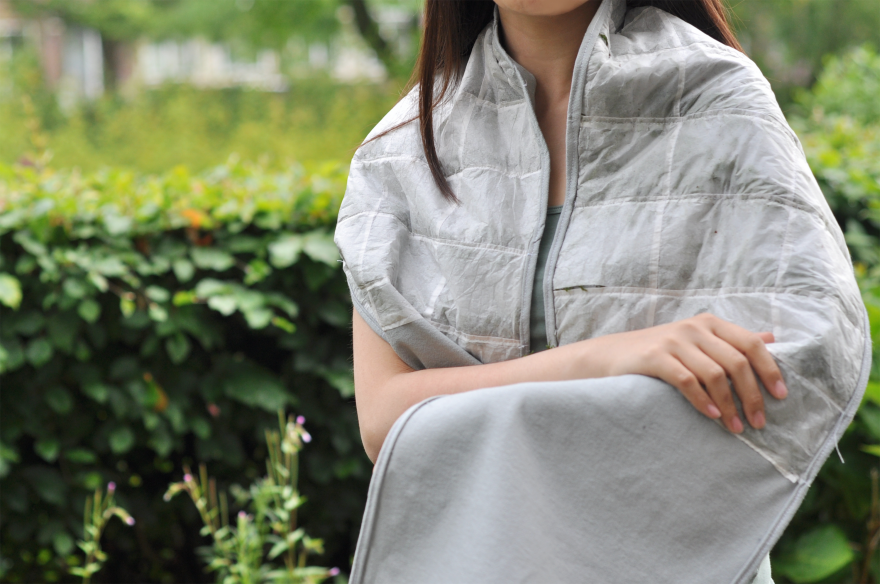 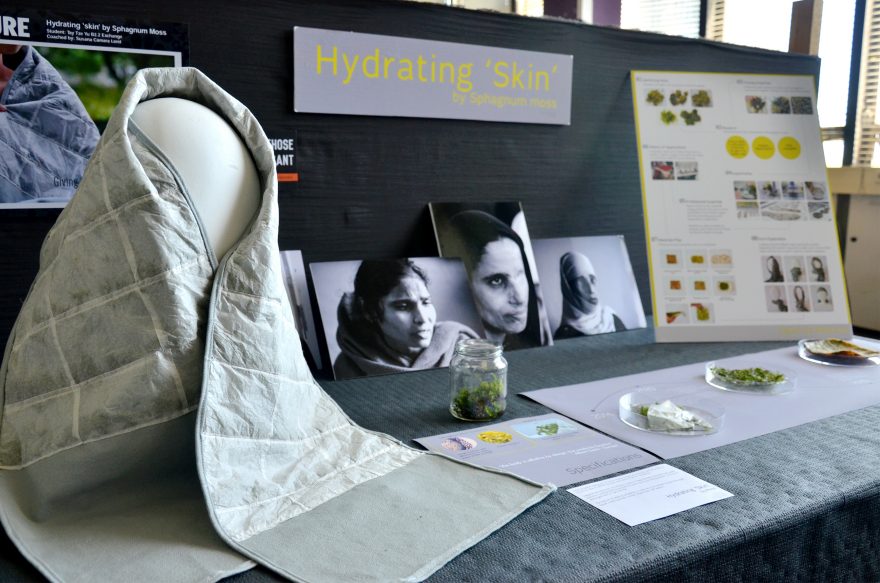 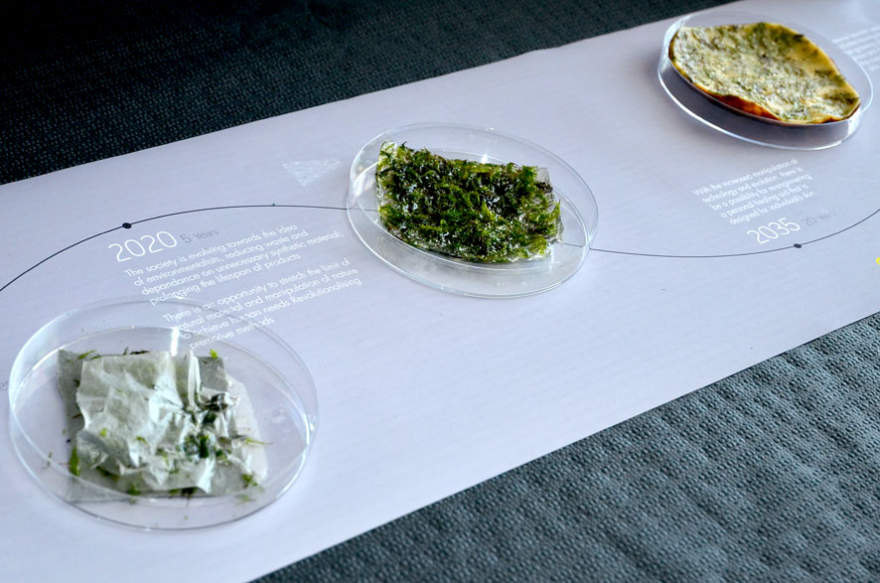 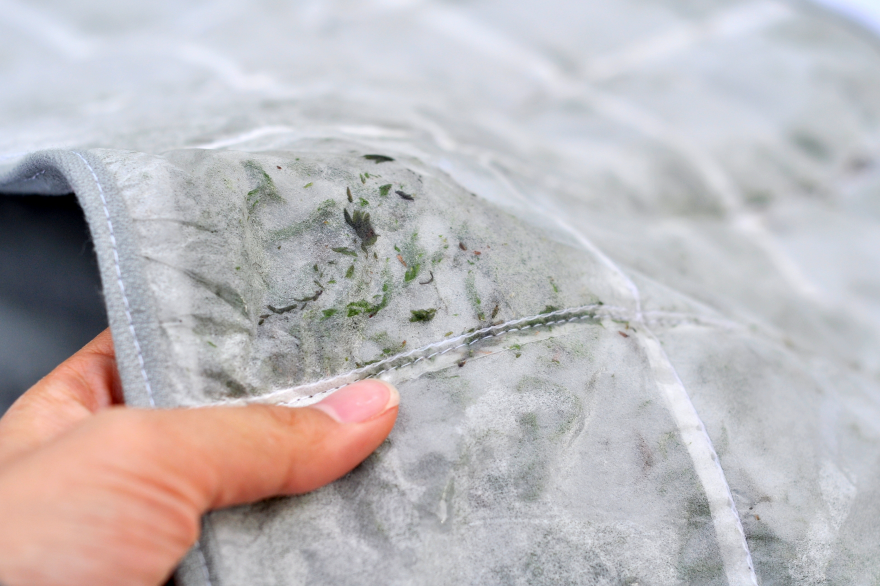 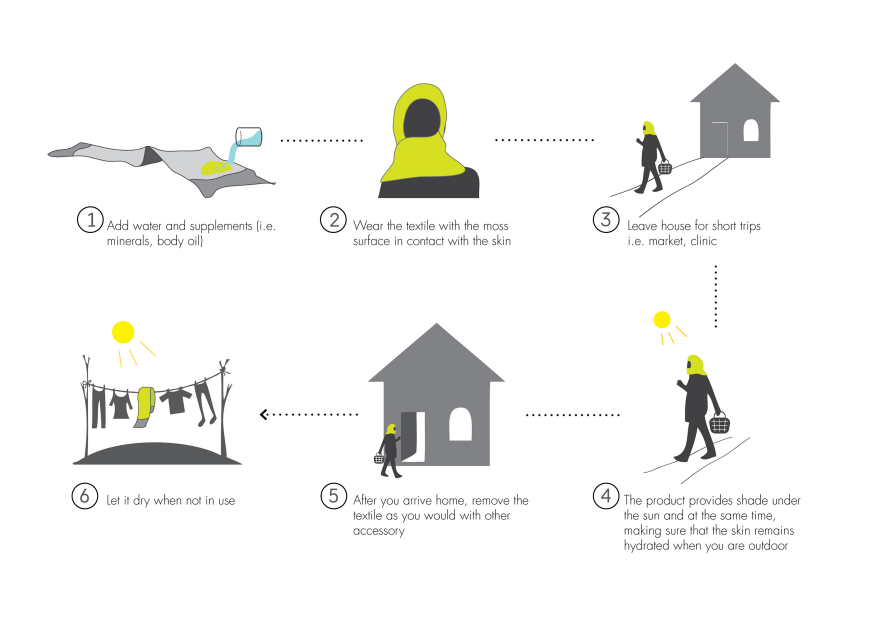 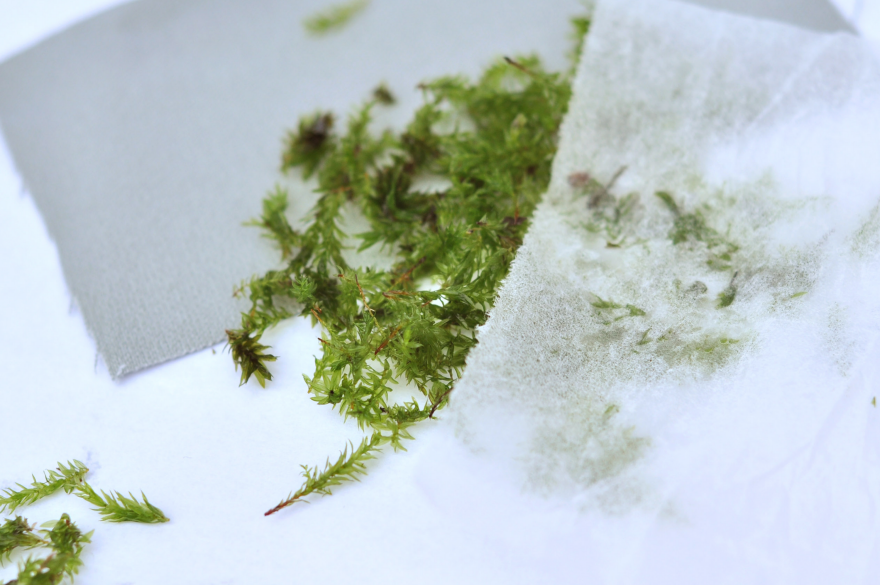 According to the women's parliamentary caucus and the Punjab Commission on the Status of Women, the highest rate of acid attacks in Pakistan during 2013 was in the province Punjab, where 56 percent of the nationwide attacks were recorded. At least 65 percent of the acid and burn victims were women and girls, 15 percent were children. According to the chairperson of Acid Survivors Foundation, a non-governmental organization, the prosecution rate for such attacks was only 35 percent, which means no justice was provided in 65 percent of the cases. Either the trial dragged for years or no charges were made at all.

It is not uncommon for acid attacks in the many developing countries such as Pakistan, Afghanistan, Iran and India and cambodia. Many attacks were stemmed from fundamental issues of gender discrimination and human right issue. The ease of availability of acids made it an increasing tool for distress and threaten women. 18-year-old Mumtaz from Afghanistan was attacked because she did not accept to a marriage request. After the family declined the offer, the man decided that if he couldn't get her, no one would. Traditional order and assumptions in the society and the lack of security made women and girls, especially those who oppose such orders, vulnerable and easy targets of such violence.

After which, many lived in shame, fear, and low self-esteem, especially when they have to be out. They are constantly challenged by the itch and discomfort due to the dryness of the burnt skin, especially when many had their sweat glands damaged. By giving added functions to the scarf or veil that these burnt victims are already wearing, it doubles the object as a medicinal aid as well as a fashion necessity.

When the product is dry, the moss embedded is concealed, but when it is wet, it reveals its unique characteristics. This made the product less obtrusive and more receptive by the user in the conservative society because it looks like an ordinary textile before hydrating it with water.

The material is effectively used in several instances in the past. The earliest recorded use of Sphagnum moss was by the early Native Americans as dippers and sanitary napkins. It was also widely used by the German soldiers during the World War I times as wound dressings due to its ability to absorb retain fluids and prevent bacteria and fungi growth. However as new modern antibiotics such as penicillin were discovered, its use in medicinal and health care area decreases. Now, the applications of sphagnum moss were seen mainly in gardening purpose. Despite the effectiveness of the material, it remains a hassle and time consuming to clean and remove other residue after harvesting thus not suitable for the modern society.

In light of the needs of these women, and the history of the sphagnum moss, the project explores the possibility of alternative ways to prepare a clean and prepare the material and to bring this primitive method into the contemporary context.

Tapping on Sphagnum's water absorbent, bacteria repelling properties and its strong compatibility to the acidic nature of our skin, the project aims to use sphagnum moss as a material to design for the female victims of burnt abuse. To alleviate the itch and discomfort experienced due to dryness of skin.

The sphagnum moss has large hyaline cells allowing it to absorb water up to 20 times it mass, twice the amount then cotton, regardless if the cells are living or dead. As it absorbs water, the material swells expanding its mass. Despite having the capability of holding large amount of water, it does not release the water contents until its maximum capacity is reached. Furthermore, Sphagnum moss repels bacteria, allowing the contact with the skin a sterile one. In addition, our "body is alkaline by design, but acidic by function". Since the moss prefers a slightly acidic condition to grow and survive (PH 5.6-6.3), it complements with PH of the damaged skin. As the skin recovers, the PH level of the damaged skin also neutralizes.

Idid intensive research on plants that are in abundance such as algae, seaweeds and mosses. After studying their distinct properties, I find that the specific genius of Sphagnum moss having the most unexplored potential. I was particularly fascinated in how moss could interact intimately with our skin. Experts in the science field were consulted on the effectiveness of sphagnum moss in properties. I also had the opportunity to work with Bio-technologists from the Wet Lab @ Waagsociety, Amsterdam, to discuss on the possibility of cultivating them on skin. Mapping the conditions of our skin onto a mock medium and allowing the moss to react to it.

I was also very much involved in sourcing for the different types of moss and understanding the classification of them through the help of a botanist Julia and Dr During, H.J. from Utrecht University. Hands-on experimentation was done to investigate ways to create a clean and ready culture for ready use. Material exploration was also done to mimic the look and texture of the projected personalised healing aid and also the skin grafting technology.

The value of the project lies in the very nature of its materials. The fact that sphagnum could be dried and reused and works even if the plant cells die, I see this product as a sustainable and effective alternative to synthetically produced hydrating agents. Ideally, it would be a hybrid textile grown into a mat through clean cultivating process to provide a hassle-free experience. Once the technology of clean cultivation matches up, I predict that the cost of production would not be much more than the production of the usual scarf.

With thesociety advancing towards the idea of environmentalism, and the need to reduce unnecessary synthetic waste and prolonging the life of a product, there is an opportunity to discover and stretch the limit to which nature could offer.

I speculate that in 20 years time, 2035, with the increasing popularity and need of personalised medical products, there is a possibility of re-engineering a personal healing aid that is designed according to individual skin condition based on the different composition and types of bacteria and fungus on our skin. Further projecting in the future, it could even be used as a platform to nurture skin grafts in the laboratory.

How far are we ready to embrace and manipulate nature to satisfy human needs? The extension of the project paints extreme scenarios challenging societal acceptance to artificially alter the flow of nature to fulfil the needs of mankind.