Biomeme's vision is to give the world literacy in the language of life - the ability to read DNA. The Biomeme one3 turns the iPhone into a DNA analysis engine, giving scientists, doctors, and enthusiasts the ability to test the genes of any organism. 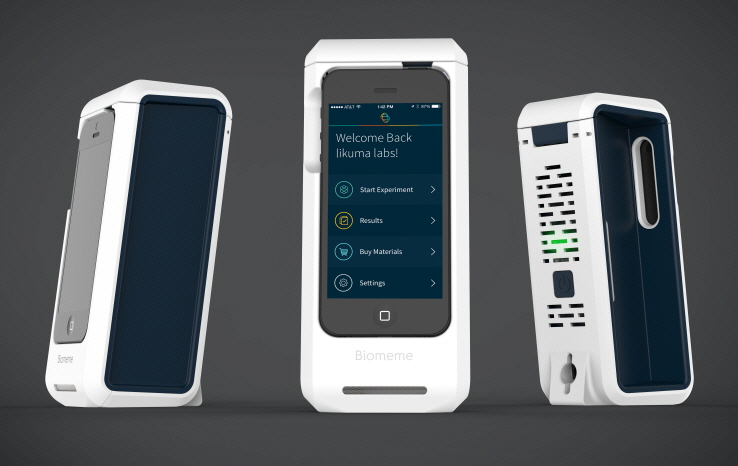 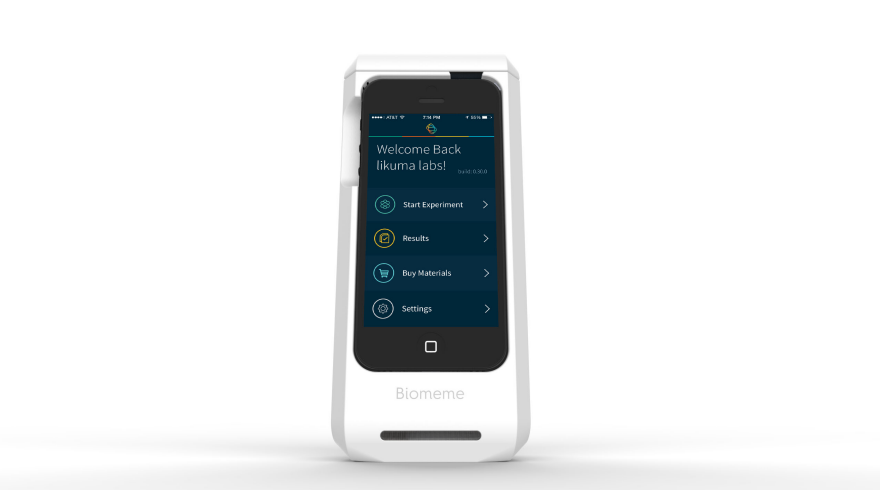 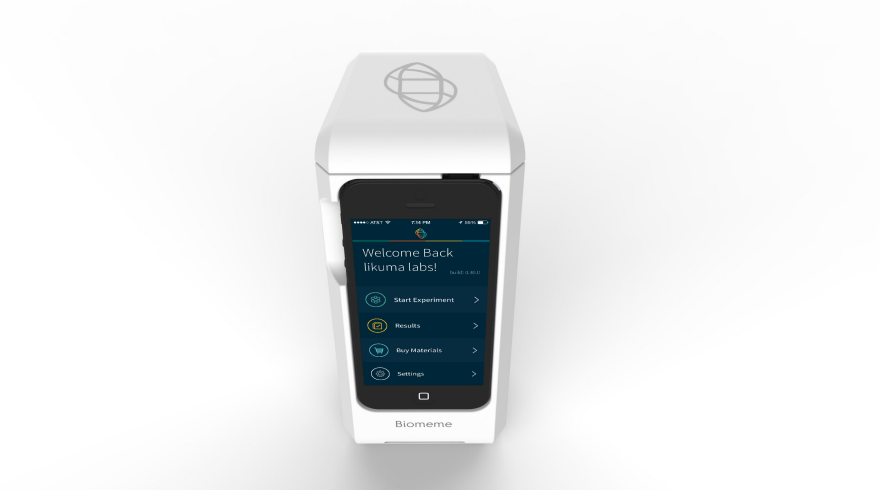 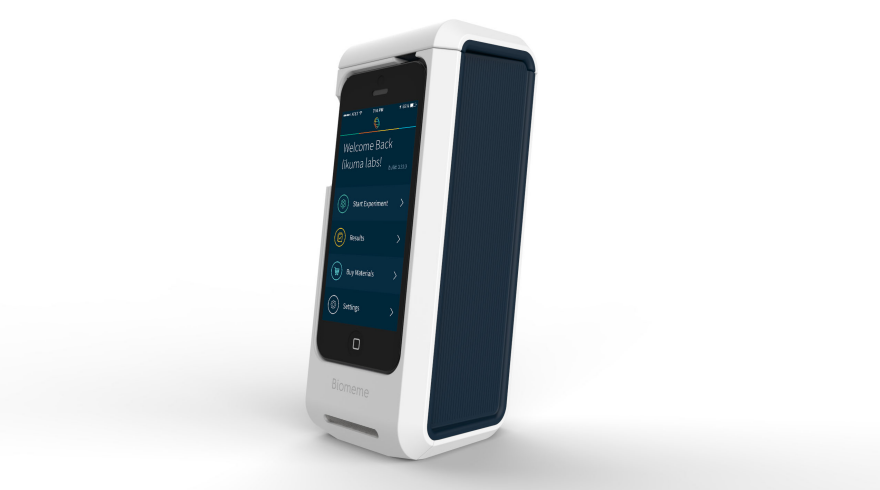 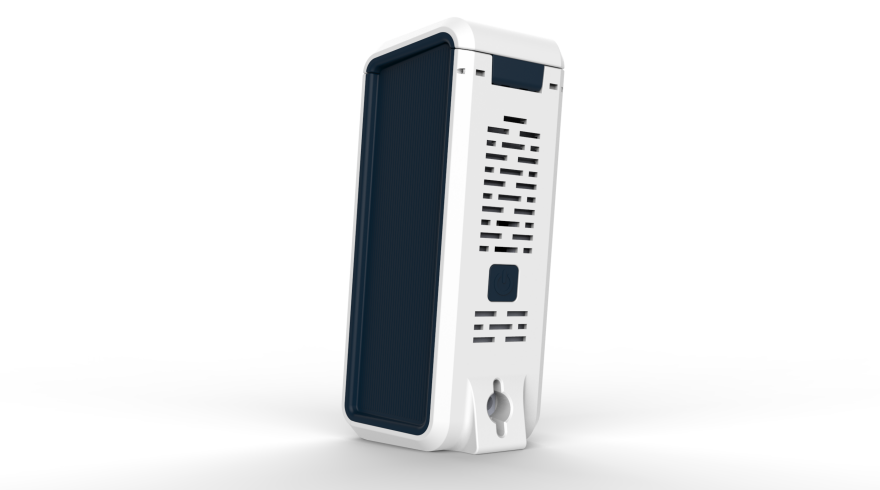 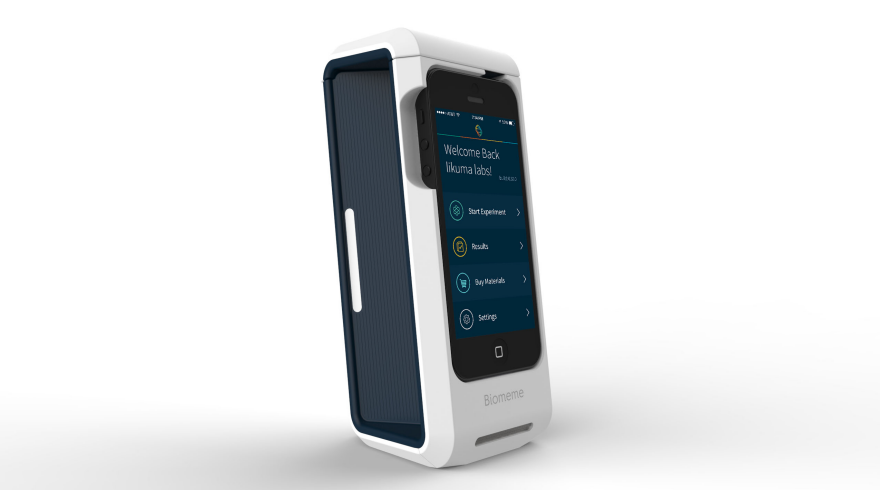 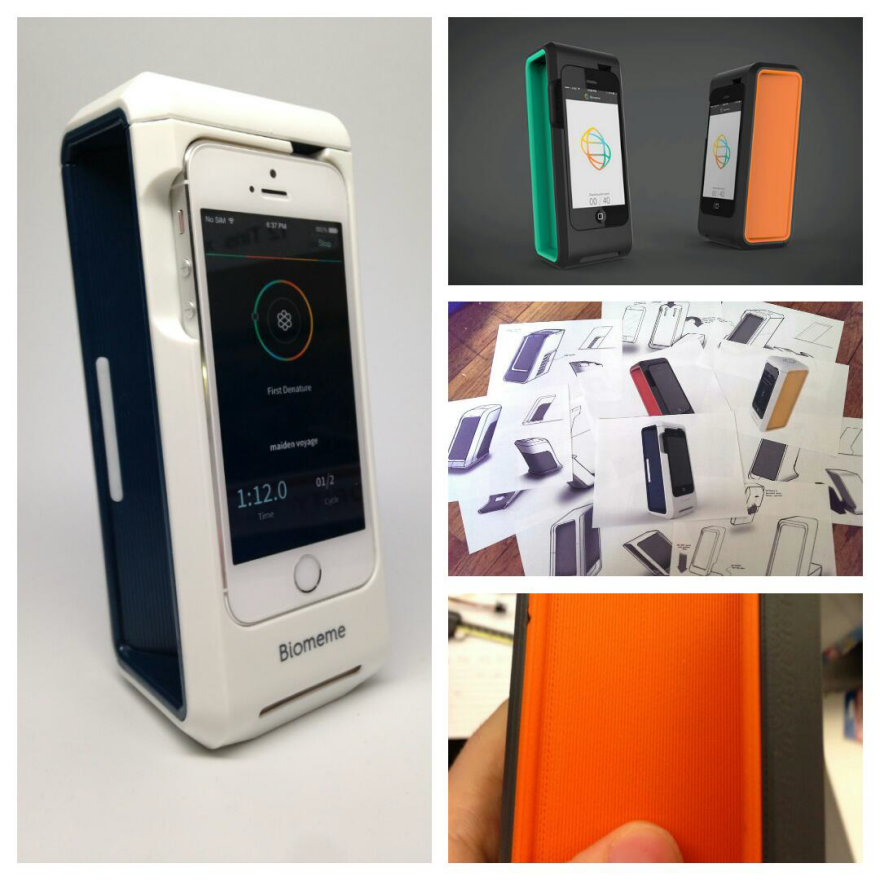 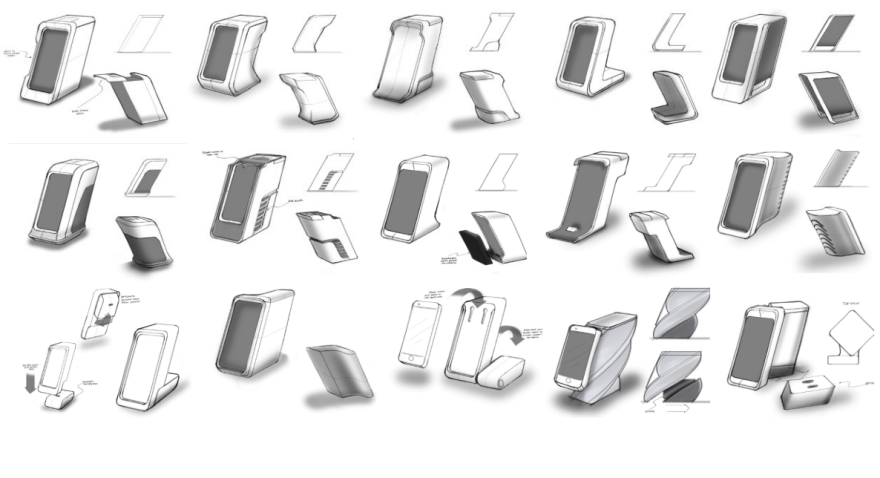 (Please see PDF for visual narrative for this text)

The one3 utilizes established biochemistry processes, but revolutionizes the size, portability, and usability of a core medical diagnostic technology - PCR DNA analysis. By checking the DNA sample for a specific genetic sequence, one3 gives the user the ability to quickly identify the presence of a pathogen in the sample, or determine if the patient has a gene that leaves the patient susceptible to vitamin deficiency.

Before Biomeme's one3, DNA analysis was a function reserved for large diagnostic machines found in institutional laboratories. The one3 radically reduces the size, cost, and portability of DNA analysis, combined with an intuitive iOS interface that anyone can learn to use quickly. Coupled with the one3 device is a hassle-free sample preparation experience that even a child can perform. From experienced biologists to amateur biohackers - DNA PCR is now a democratized tool available to anyone with the desire to read the language of life.

The implications of rapid, portable DNA analysis are far-reaching. The device can be used to check for the presence of trichomoniasis, a common sexually transmitted infection in women in the developing world. While current in-office testing misses 30-40% of cases, Biomeme's technology can bring rapid, accurate detection into parts of the world where it has never been feasible before, bringing world-class diagnostics to people of all income levels.

The one3 can also be used for personal genomics. In the case of the MTHFR gene, 10-20% of the population has a genetic mutation which can cause folic acid deficiency and increased risk for a number of diseases. The one3 can use a saliva sample to determine in under an hour whether extra supplementation or screening is warranted for an individual. This is particularly important in expecting mothers where folic acid deficiency radically increases risks for birth defects, particularly in the first trimester.

Biomeme's design began as all great technology does – with a functional prototype that was made to prove a point. Likuma Labs, a design and engineering firm based in Philadelphia, brought a multidisciplinary team that made the device functional, beautiful, and manufacturable. The process began with a study of Biomeme's intended target users, and a survey of the Biomeme team to determine their vision for the aesthetic aspects of the device.

Likuma's team used the prototype device extensively, immersed themselves in the technology and biology that occurs behind the scenes, and began to craft a physical architecture that gave the device a larger battery for longer life away from the lab, a smaller footprint, and an uncluttered appearance that blurs the aesthetic line between laboratory device and consumer product. Working side by side with the engineers at Biomeme, Likuma created an updated design that feels great in the hand, without sacrificing visual appeal, functionality, or performance.

The device itself had a number of difficult-to-solve technical requirements. The test tubes are heated and cooled repeatedly to accomplish the DNA chemistry reactions, so air must flow into and out of the device with ease. However, the analysis must be performed in complete darkness, so while air moves freely, ambient light must be completely shut out. 3D renderings were used not only for aesthetic simulations, but also to determine if light leaked into the device from the outside. Tiny passages were identified and eliminated before the first tool was cut.

After dozens of sketches and internal layout configurations, the final design came as somewhat of an epiphany to Likuma's lead designer, Devin Sidell. A late night email to the team showed that he was able to skip the sketching process entirely and went straight to a rendered concept. The team agreed – they had finally found the right design. Like all startup companies' projects, the one3 was created with a restrictive production budget in mind. Tooling costs for injection molding had to be minimized. To this end, Likuma engineer Kurt Swanson refined and optimized the part designs to allow for family molding to reduce the number of molds. Out of a dozen custom plastic components, only a single injection molded part has a side action – all others are straight pull, 2-sided molds, achieving the lowest possible tooling costs for the design.

The iPhone itself is not just a handy interface, but an integral part of the one3 system. The iPhone camera is used to detect fluorescence in the sample, an indication of a positive test result. The iPhone provides both aural and visual cues to the user as to the progress of the test, and presents test results in a familiar, easy to read format. The iPhone's internet connectivity allows results to be easily uploaded to a HIPAA compliant database, which will grant medical practitioners and policy-makers access to real-time diagnostics data in their region and around the world.

Working around the existing geometry of the iPhone 5 created significant challenges as well. The camera position was fixed by Apple's engineers without regard for Biomeme's big plans. To get around this constraint, Biomeme's engineering lead Marc DeJohn created an optics system that would enable the sleek, symmetrical design the team had fallen in love with. By utilizing light pipes to plumb fluorescent light directly to the camera, the precise position of the iPhone became controllable. This allowed the team to achieve the symmetric, handheld form factor envisioned in the final design concept.

Developing for an iOS platform meant that the user interface would be an integral part of the product experience. While existing PCR machines have an interface that has a steep learning curve for the operator, Biomeme wanted the device to be incredibly intuitive to use, just like the iPhone itself.

The app is the result of years of attentive development by Biomeme's chief iOS developer Maximilian Maksutovic. Interacting with the app is simple, and getting a test started takes only a moment to scroll through available protocols to initiate the analysis. Once the sample is prepped for analysis, testing can begin in less than 30 seconds. With the large battery inside, over 8 tests can be performed, allowing a full workday between charges when grid power is unavailable.

Installing and removing the iPhone from the one3 is as easy as docking an iPhone in any charging dock, but the one3 frame holds the phone intimately during operation so that it cannot fall out. An open slot behind the docking face location allows for easy removal of the iPhone from the device.

Biomeme's biology preparation scheme is an achievement worthy of the one3 itself. With the intention of making DNA testing a tool for the masses, Biomeme's biology group has spent years streamlining the testing protocol. Now users who have never touched a pipette are able to test their DNA in just a few minutes, going from saliva in a test tube, through the sample preparation procedure with ease.