Design Lab is a series of four activity areas at the New York Hall of Science, (NYSCI) in Queens, NY. Each of these four spaces: Sandbox, Backstage, Studio, and Treehouse are distinct in scale and character and are designed to host a diverse array of STEM/STEAM and project-based learning activities. Conceived of as sites to foster and promote problem ideation, tinkering, testing, displaying results, as well as housing necessary tools and materials for supporting its ever present staff of "explainers" - the architecture of Design Lab is intended to be integral to the types of critical discovery and making that are central to NYSCI's mission.

Occupying approximately 10,000 square feet of NYSCI's historic Lower Central Pavilion, the design itself celebrates the act of making through the display of exposed materials, structural and electrical components, hardware and overall, larger assembly systems. In purposely making these elements visible to visitors the project evokes the same basic sensibilities as those at the core of Design Lab's programmatic activities.

A new typology of learning and working zones, Design Lab spaces are intended to be flexible to support the myriad activities it hosts today and in the future. 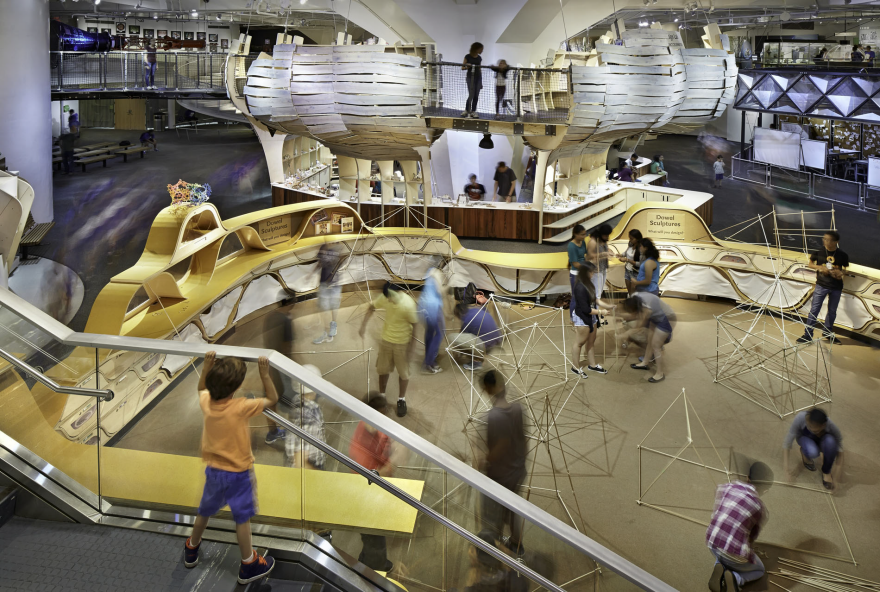 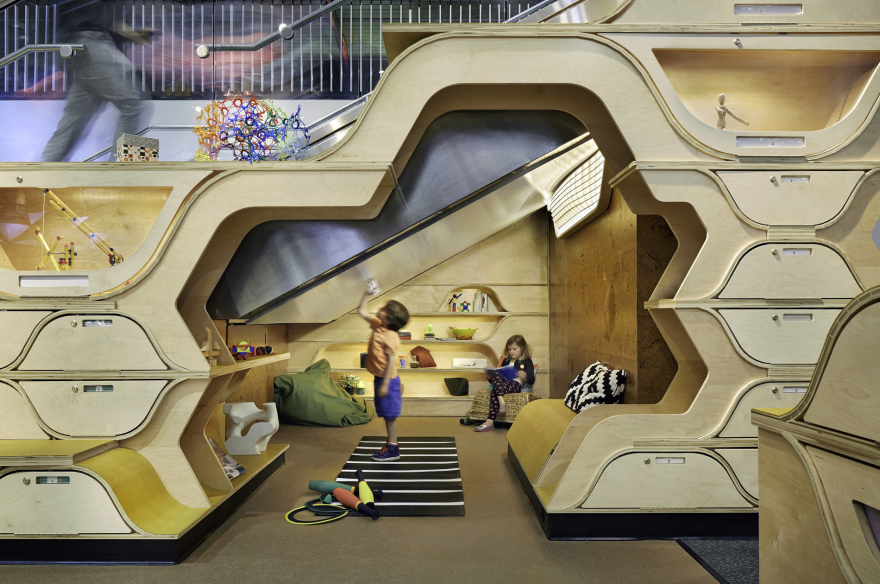 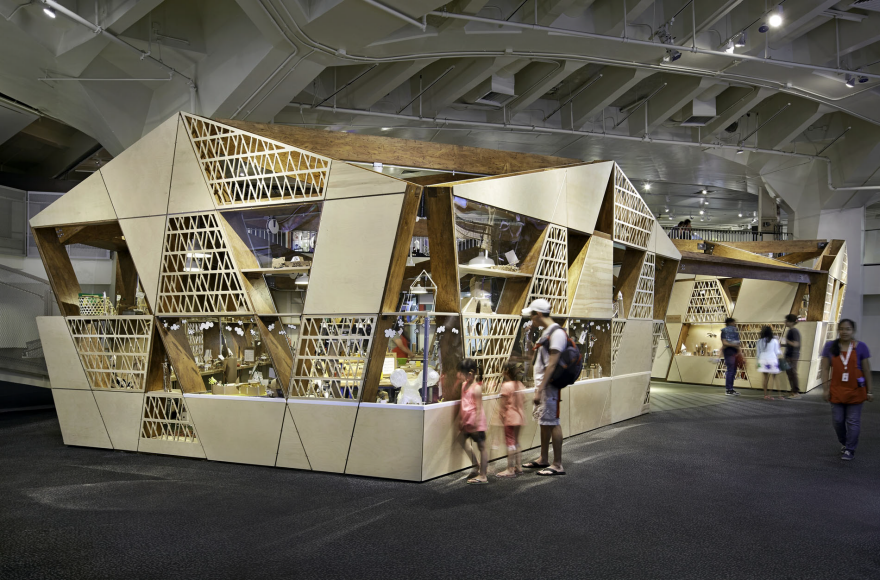 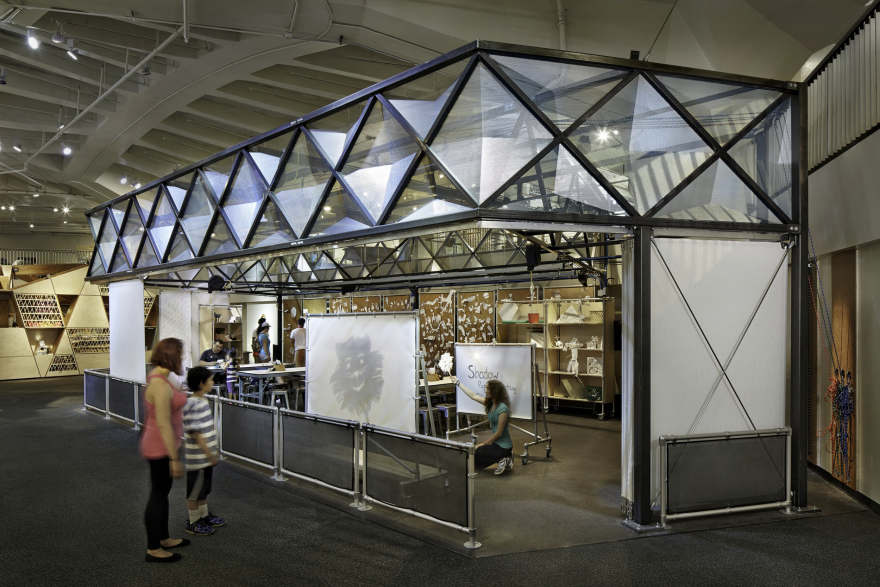 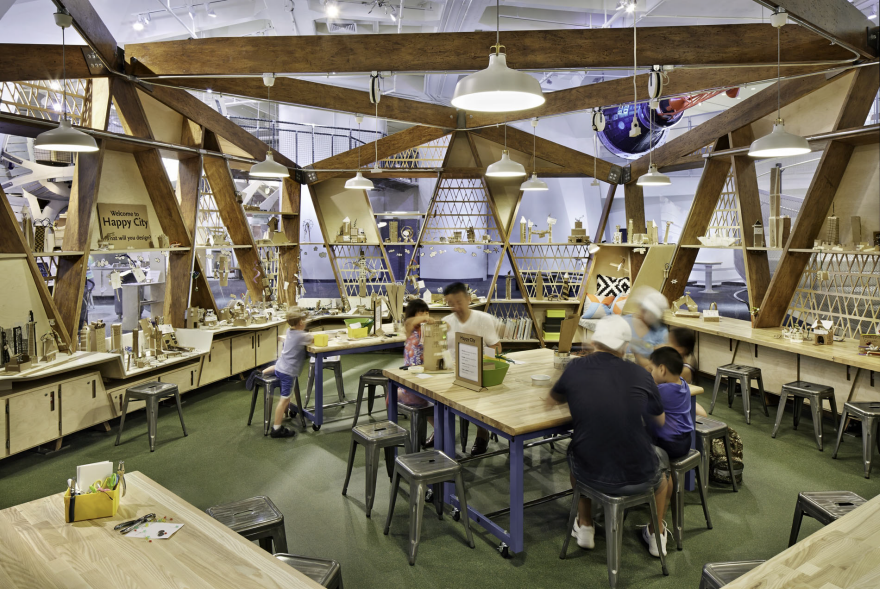 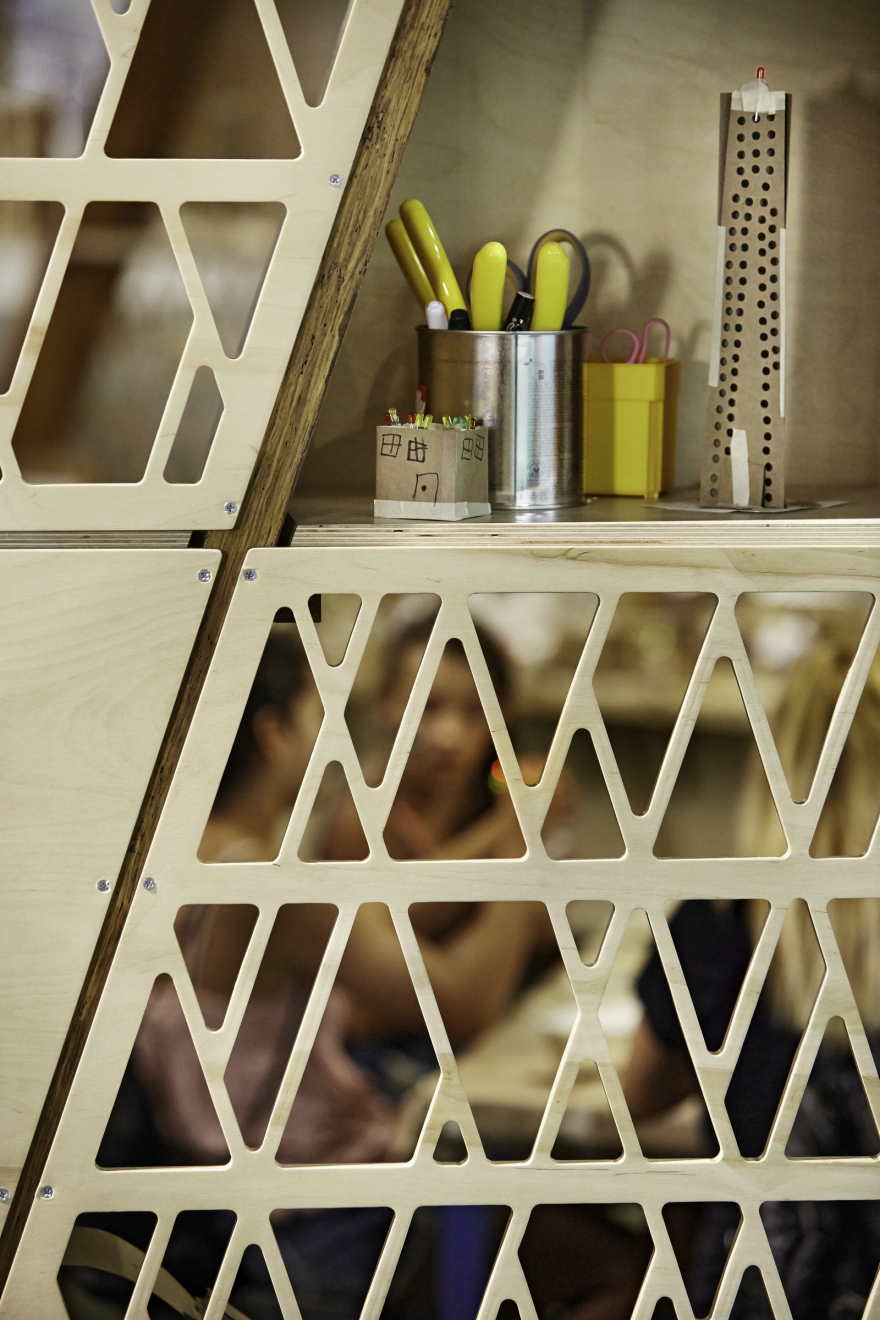 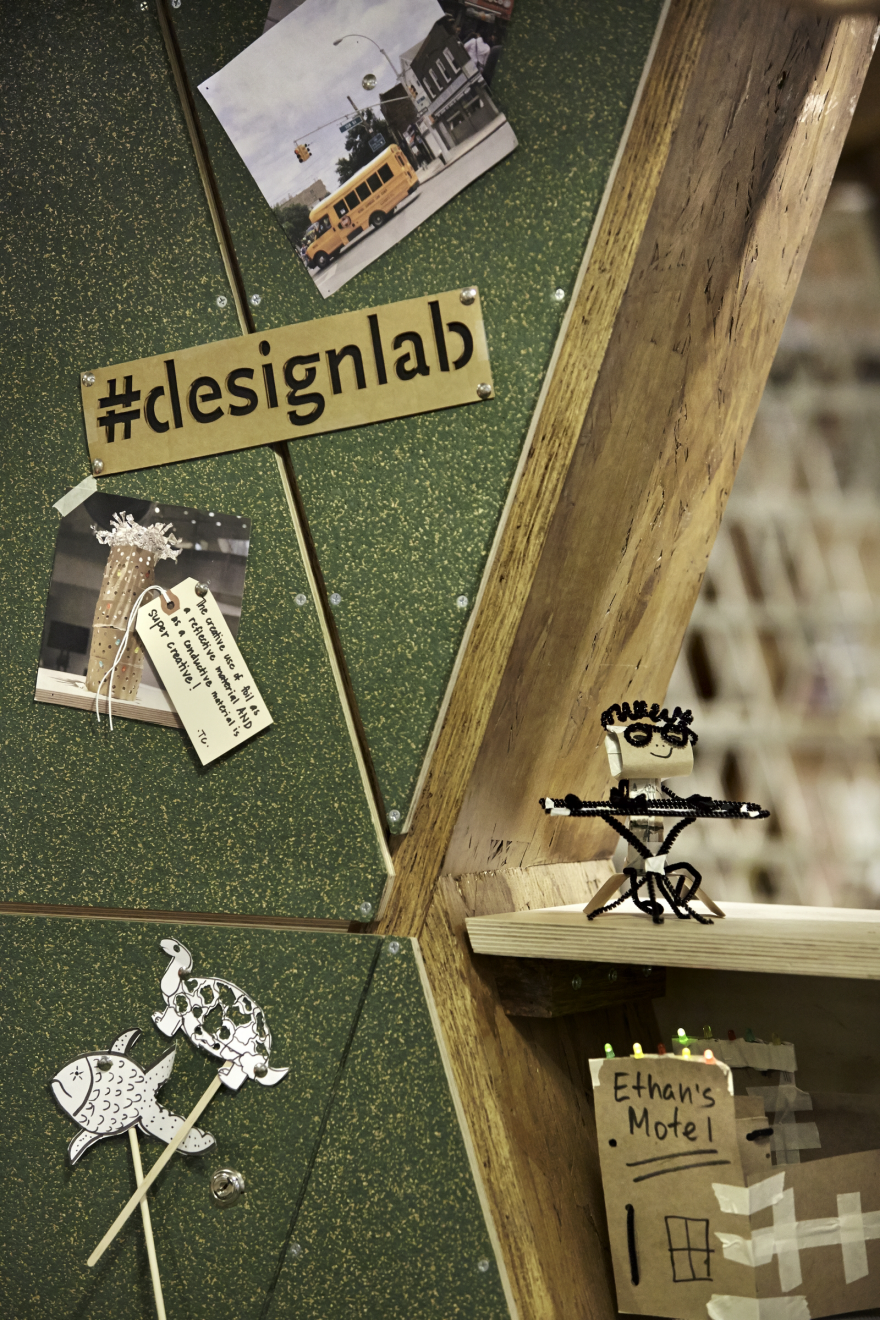 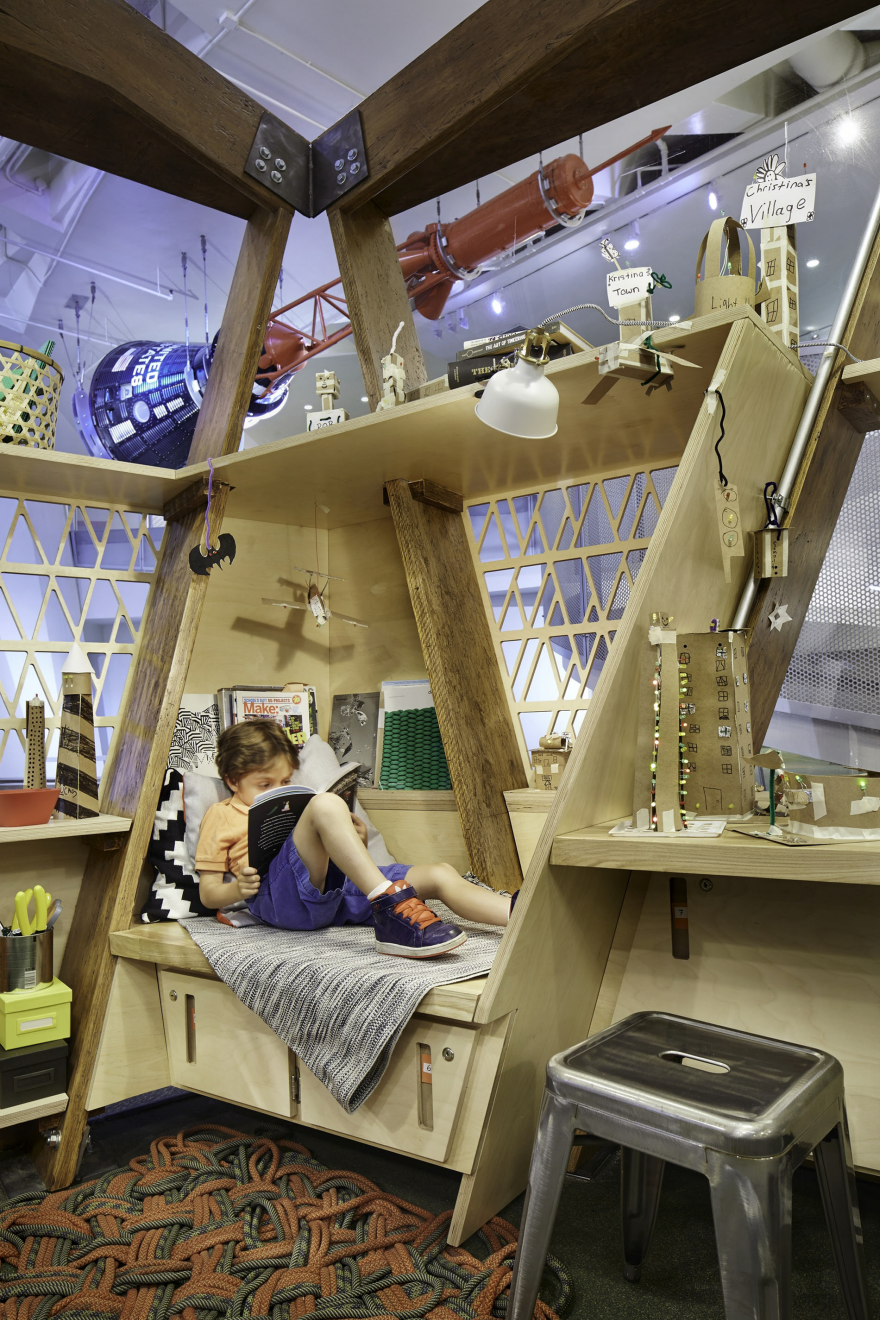 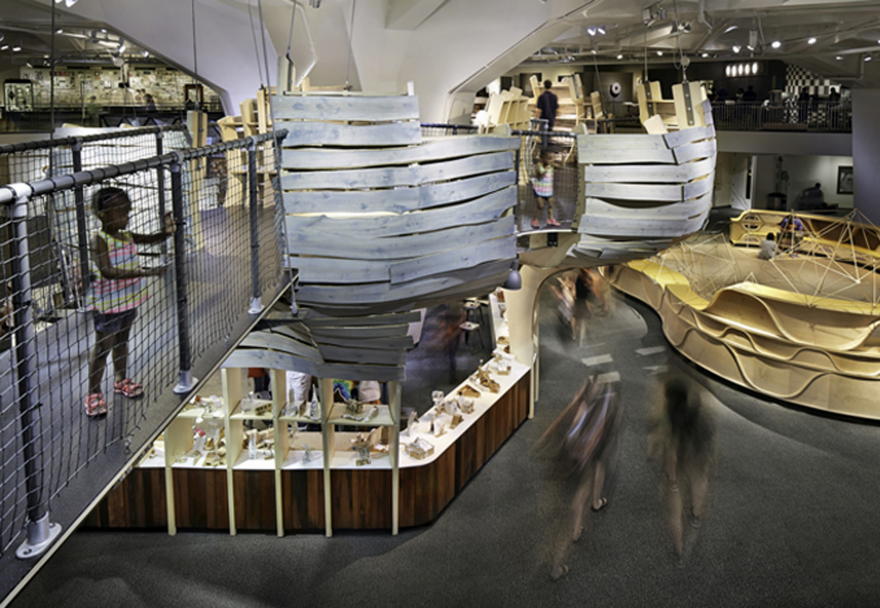 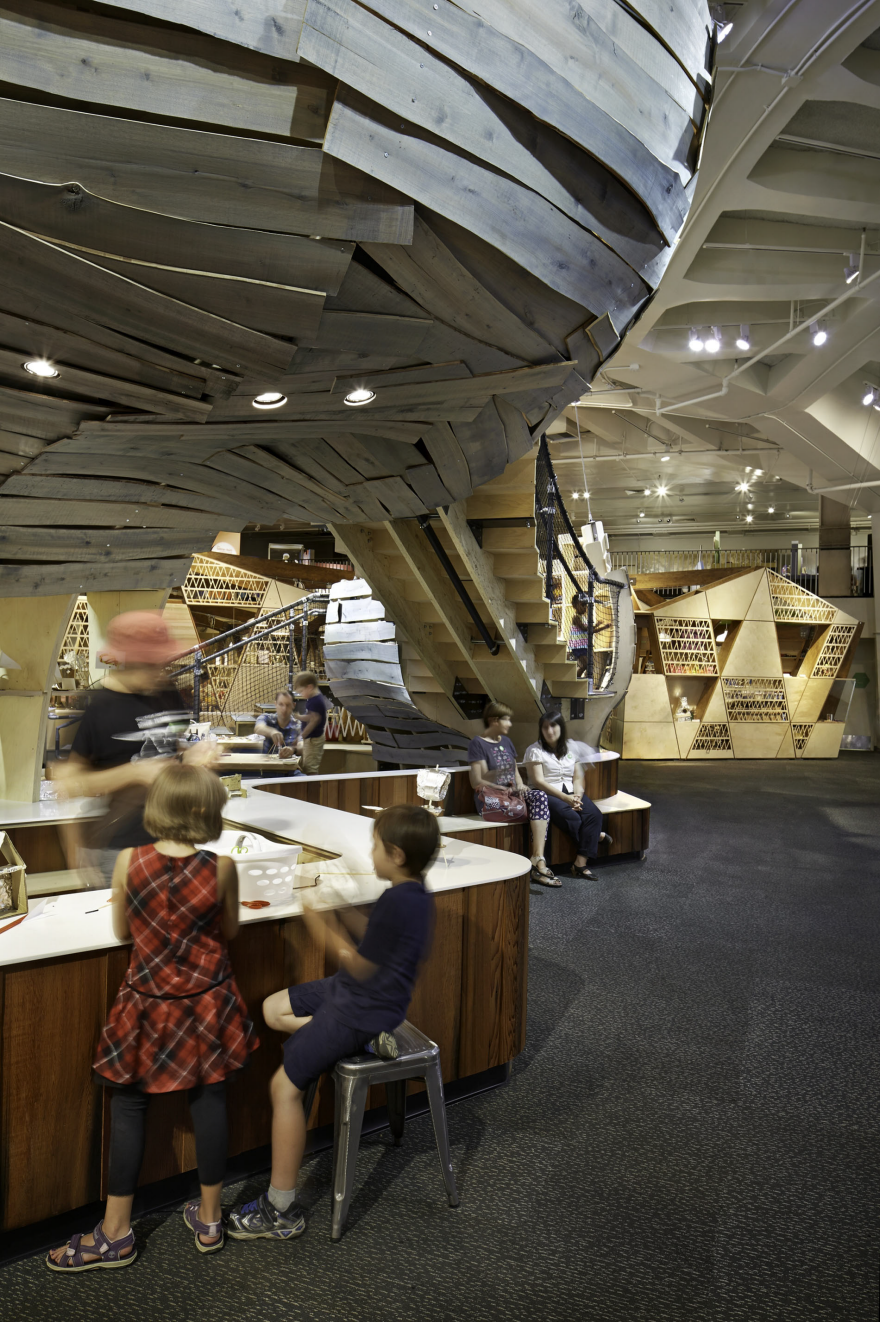 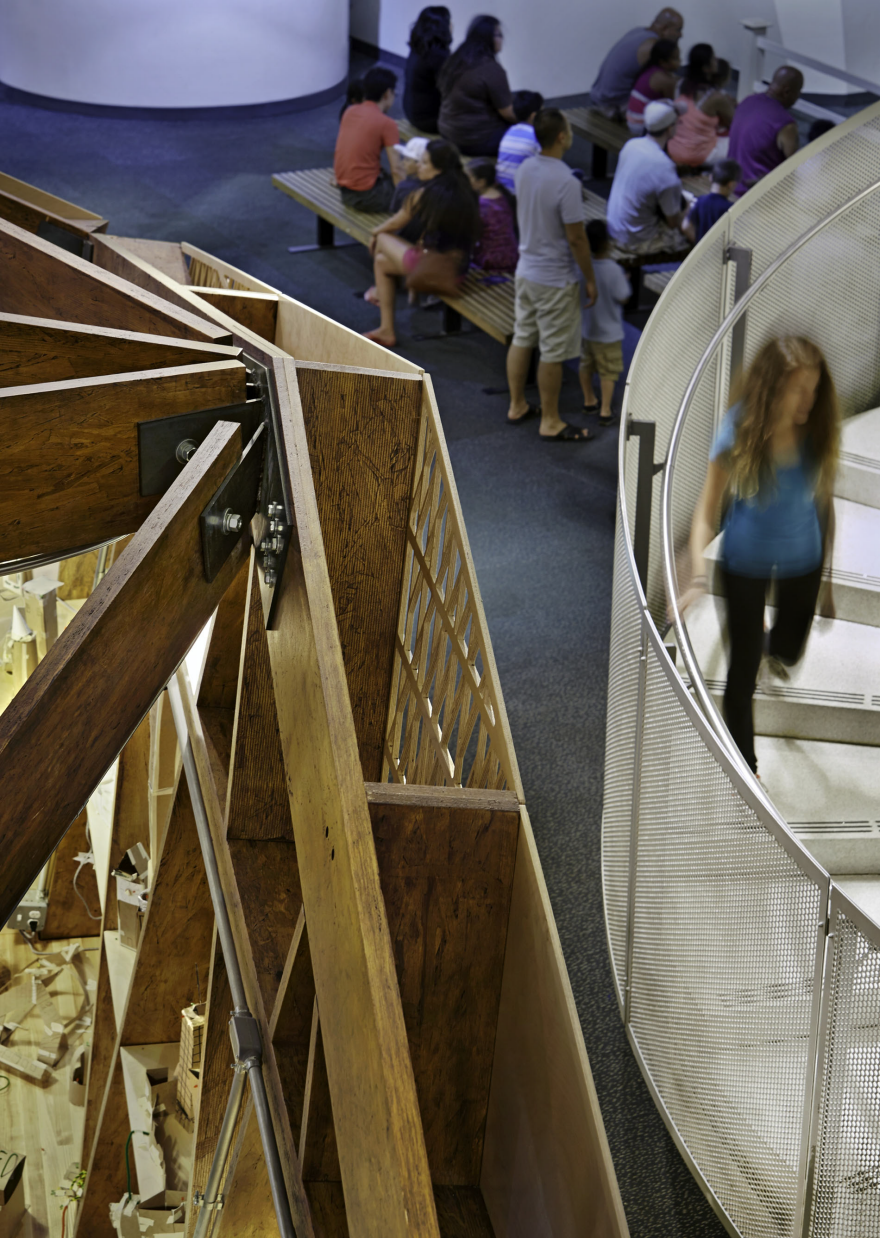 Design Lab, a project commissioned by the New York Hall of Science (NYSCI), comprises a series of activity spaces focused on creating innovative environments for new forms of science education. Occupying approximately 10,000 square feet of the Lower Pavilion, Design Lab offered exciting and challenging opportunities. Originally constructed in conjunction with the 1964 New York World's Fair, today NYSCI is a hub of science learning and activity. The massive gallery - with exposed concrete vaults and columns which harken back to its midcentury modern roots - lacked a cohesive spatial hierarchy. Instead of engaging, children frequently ran through the space – pinballing between programs and exhibitions. The challenge posed by the Museum was to create four semi-autonomous "fab-lab" spaces that invite visitors to participate in a wide range of hands-on activities at diverse scales and levels of collaboration.

NYSCI's commitment to STEM (Science, Technology, Engineering and Math) based learning facilitated through workshops and activities demanded a flexible design allowing spaces to seamlessly transition between open and closed; collaborative and independent; small and large scale construction. SITU was tasked with the challenge to design, fabricate and install four environments that promote problem solving, tinkering, testing and experimentation. These structures - Sandbox, Backstage, Studio and Treehouse are distinct areas distinguished by their programmatic activities and yet connected by their shared vision — offering NYSCI visitors a participatory approach to engaging with science beyond the classroom.

Design Lab showcases SITU's dedication to the process of making – a theme that is central to the firm's practice. The project coalesced NSYCI's desire to create spaces that encourage project-based-learning and SITU's own ethos which combines the processes of designing and building. The four spaces feature raw materials, prominently displayed hardware, and exposed connection details. An emphasis on the language of construction and assembly is intended to inspire and engender the "making" that children, families and school groups undertake within the labs themselves.

As designers and makers, SITU is rooted in sustainable practices. The careful selection and sourcing of materials for the project was central to Design Lab. SITU worked with Brooklyn-based Tri-Lox to locally source and mill birch logs for the Treehouse, while reclaimed redwood from New York City water towers was repurposed to wrap the base. By rethinking the manner in which construction materials are used SITU's design seeks to stimulate and spark visitors to use found objects in new and creative ways.

The completion of Design Lab at NYSCI highlights a shift in both design and technology education. While much recent focus has been placed on standardized tests and quantitative results, NYSCI's investment in investigative and exploratory learning allows students to delve into creative problem solving while designing, testing, making and presenting their work. In turn, the program of Design Lab presented an opportunity for architectural innovation to engage some of the country's most progressive and exciting educational agendas. The resulting project presents spaces that embody the themes of participation, materiality, and making that are so central to NYSCI's mission.

Since its opening in September 2014, Design Lab has exceeded all expectations for attendance with programs frequently operating at capacity. Envisioned as more than a hub within the Lower Pavilion of NYSCI's Great Hall, Design Lab serves as a cultural aggregator within the Queens community – one of the most ethnically diverse urban areas in the world. Workshops hosted in the spaces cut across cultural, ethnic and socio-economic strata and it is common for families from all backgrounds to be sitting next to each other engrossed in the activities of the Museum. It is our hope that Design Lab succeeds as a social condenser due to the careful integration of its architecture and innovative, thoughtfully programmed spaces - igniting the spark in generations of makers to come.

Each area fosters and promotes problem ideation, tinkering, testing, and displaying results which are the type of critical discovery and making that are central to the hall of science's mission.