The Chair that Rocks: Linking Contemporary Designers with Craftsmen from Tlacotalpan, México.

The Chair that Rocks is an ongoing educational initiative by Studio José de la O that aims to link contemporary design with craftsmen from Tlacotalpan, México, as a tool of economic activation and empathic education.

Twice a year, Designers and Artists are selected to spend a week in Tlacotalpan, where they are encouraged to design and build a product using local resources and traditional crafts from the region.

Designers learn methodologies based on empathy, social sensibility and craft, that can empower them to collaborate with craftsmen with a different cultural and social background.

The project has 3 core goals:

To rescue and preserve local crafts and techniques from the region, which are fast disappearing, by creating contemporary products that could bring these crafts relevant again.

To reactivate the local economy by bringing innovative consumer objects produced in the region that can be commercialized by the designers or craftsmen.

To create a "Designer Tourism" in Tlacotalpan, where creative professionals can live new and exciting experiences by learning a new craft, producing new work and exchanging knowledge with local craftsmen. 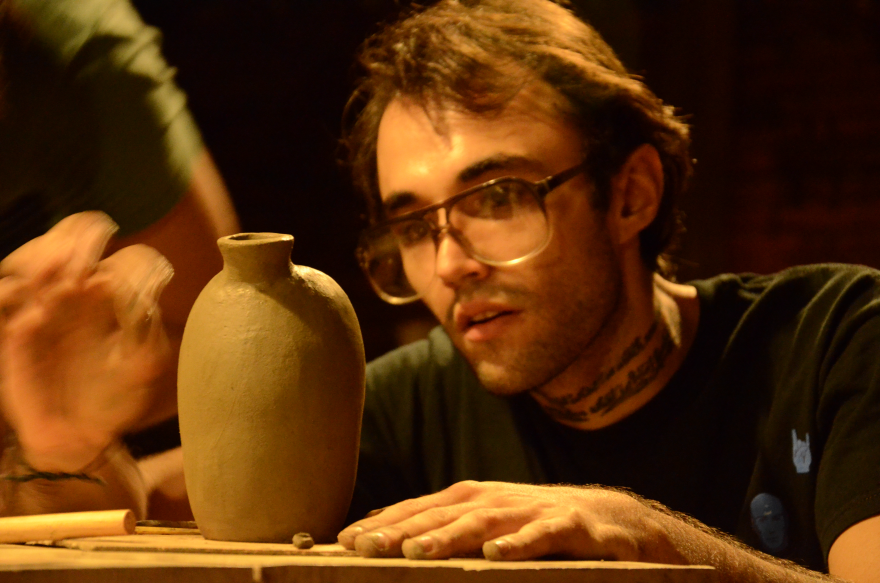 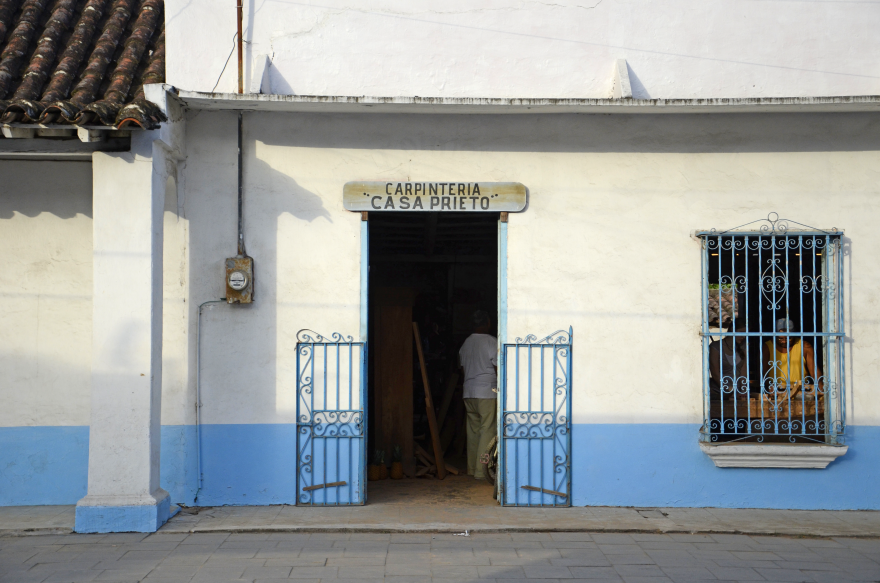 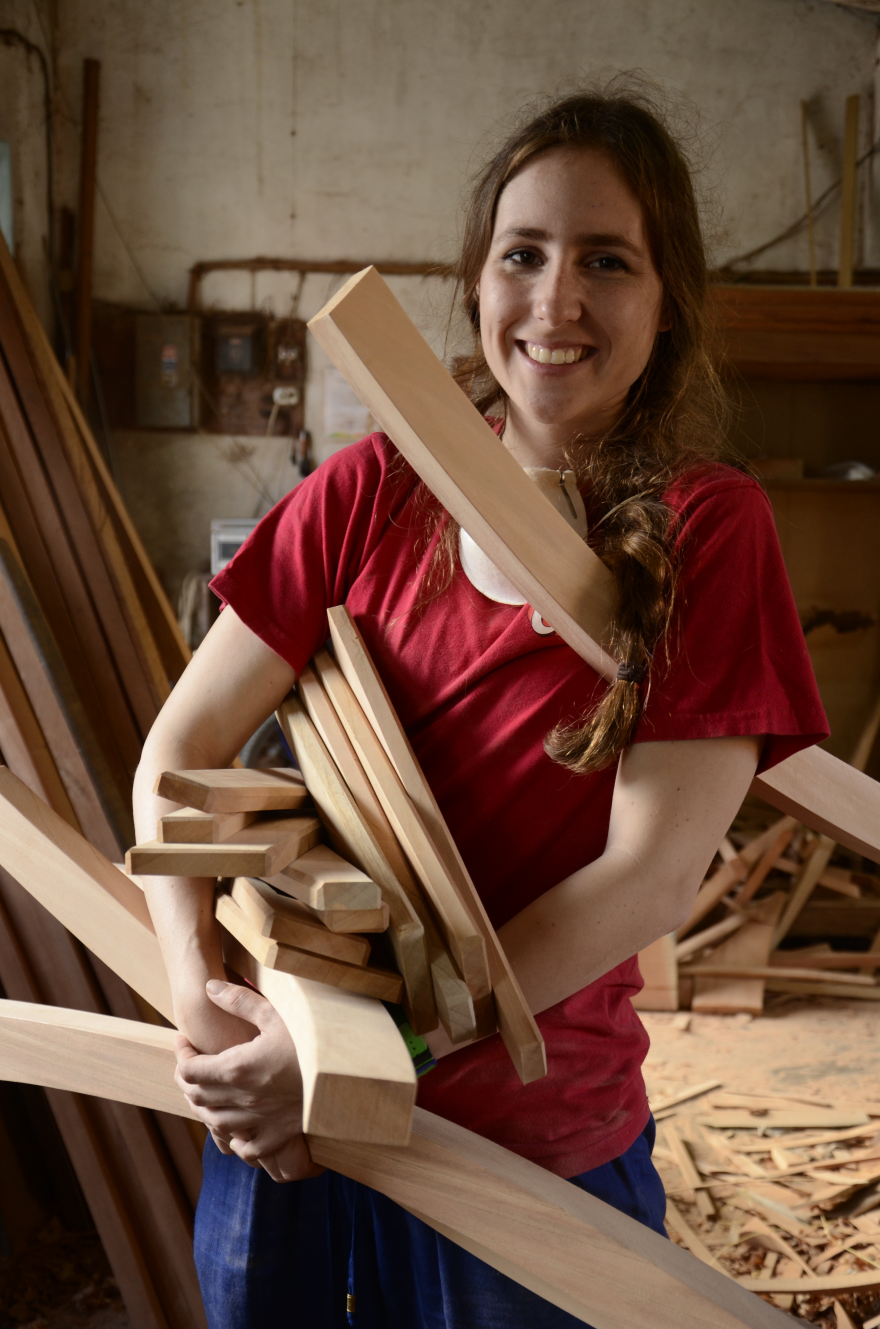 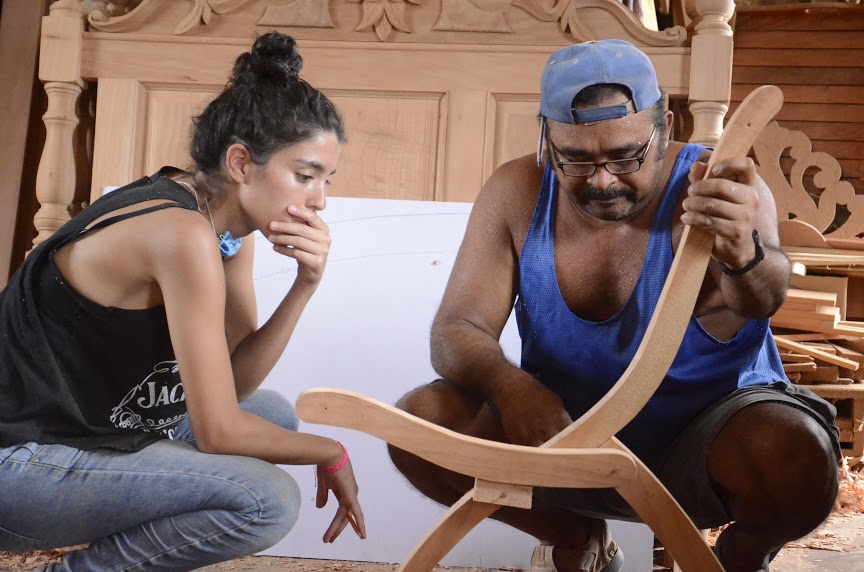 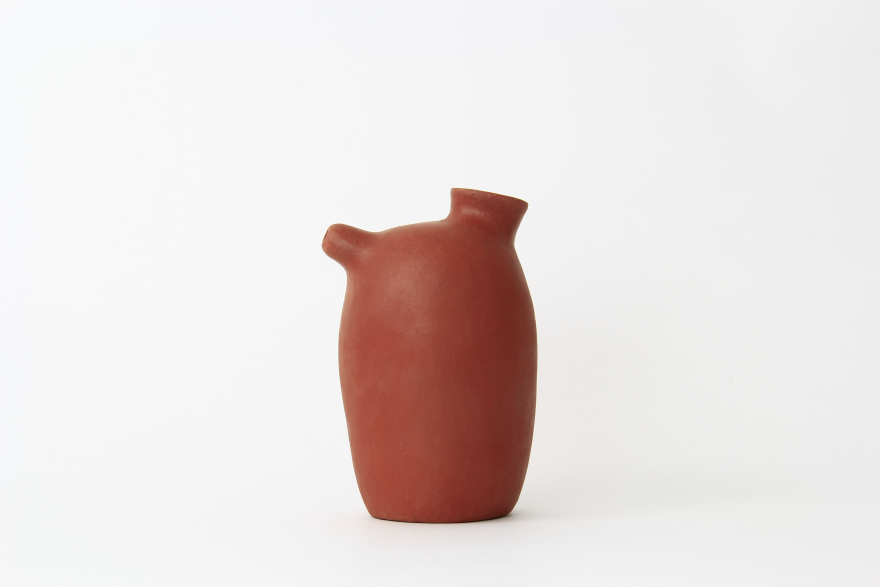 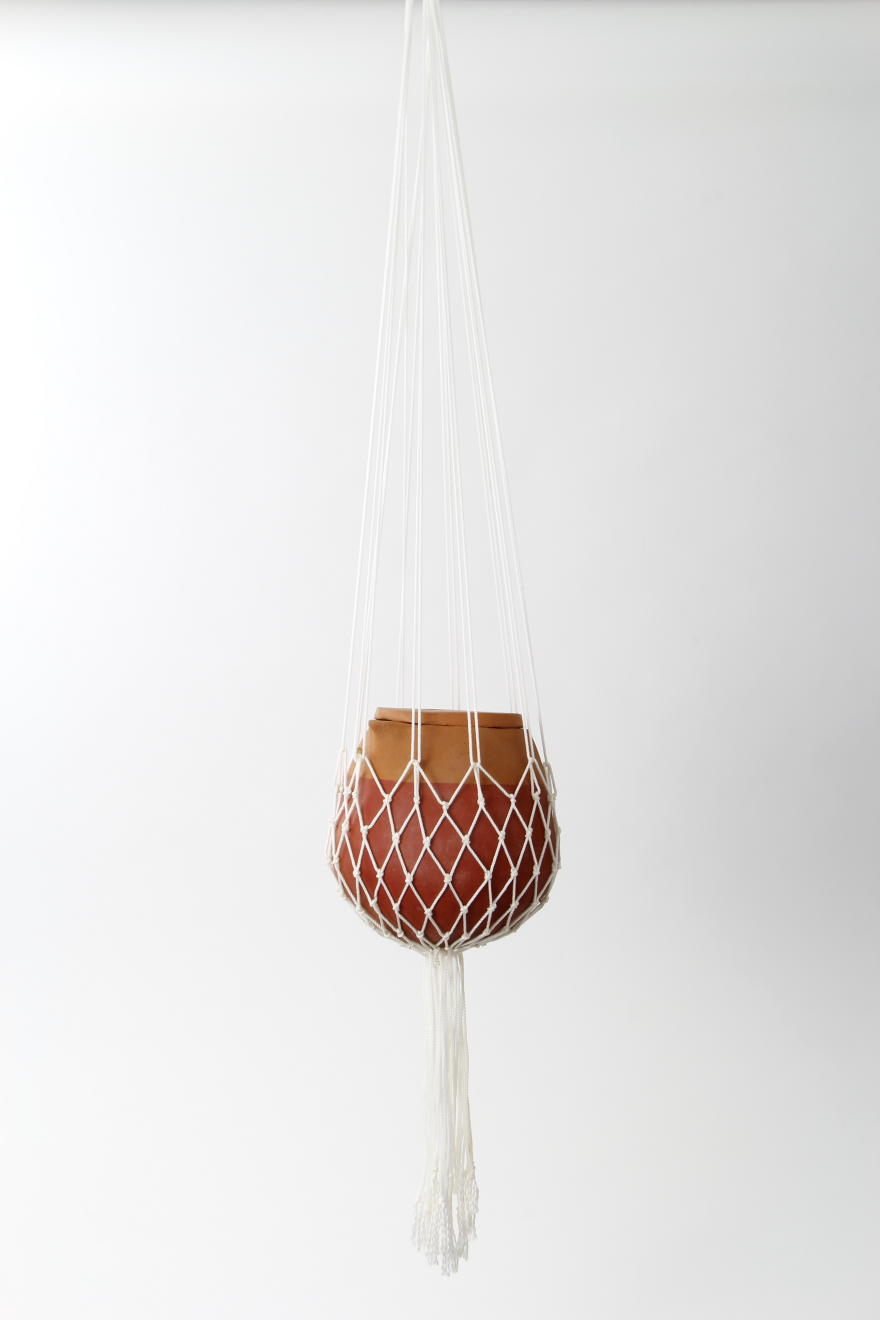 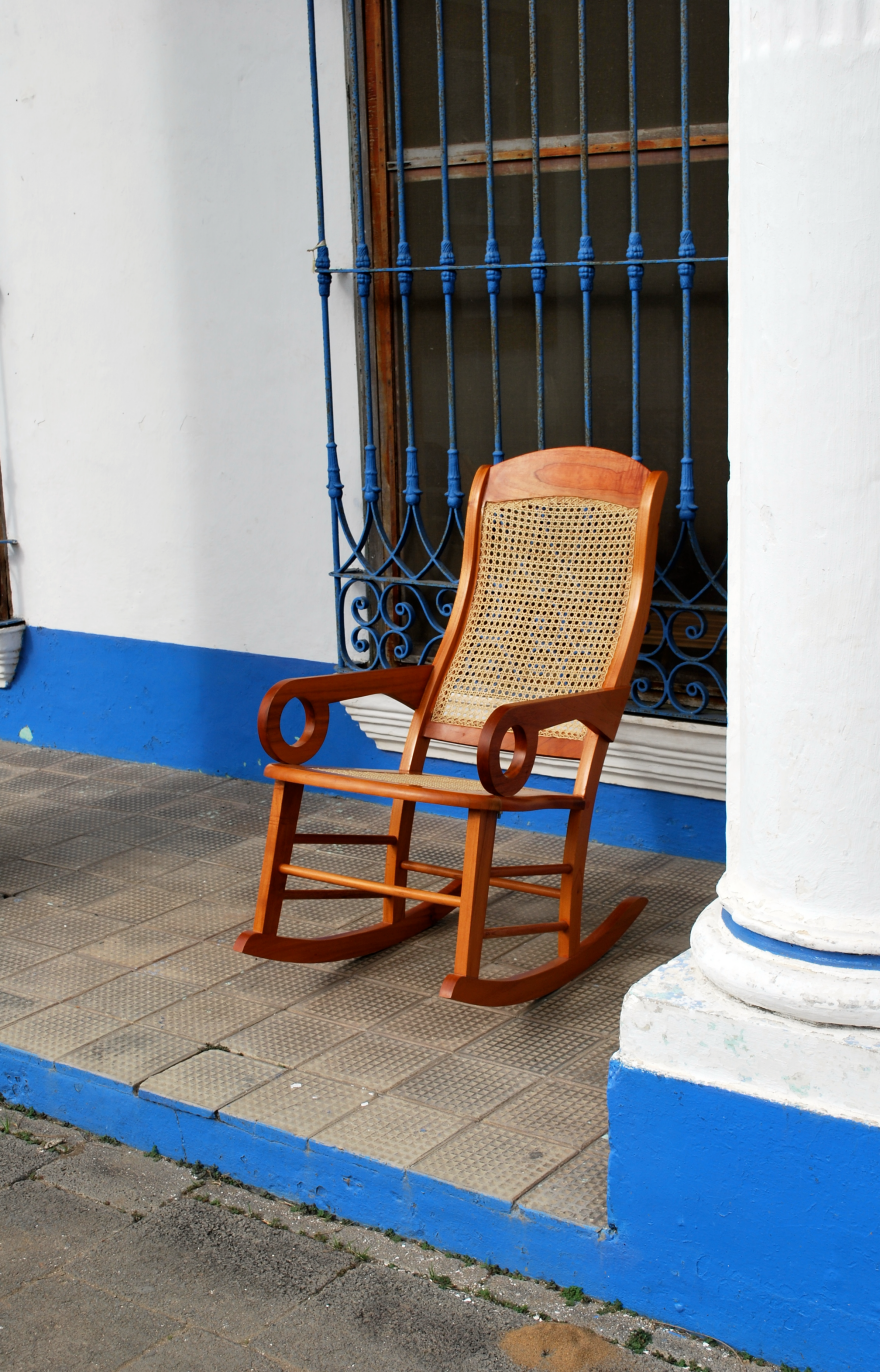 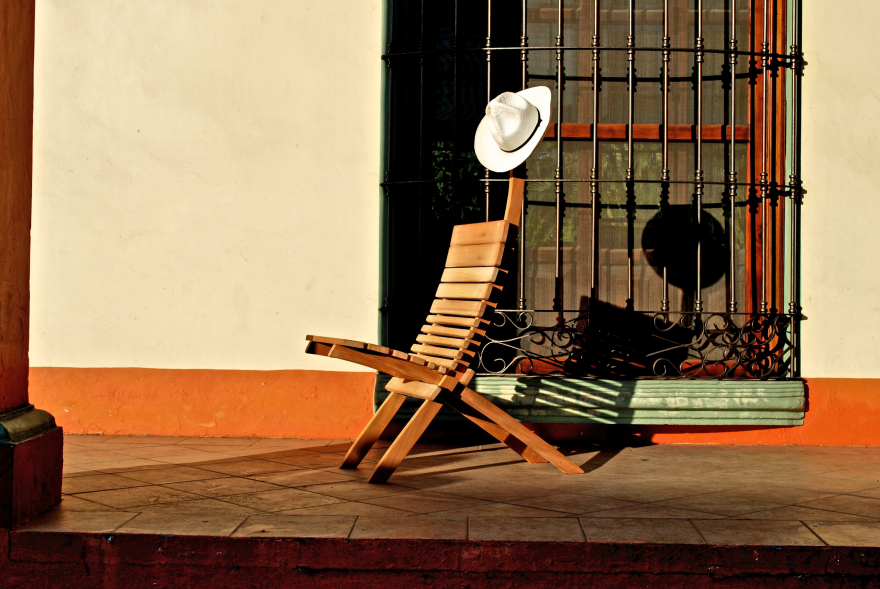 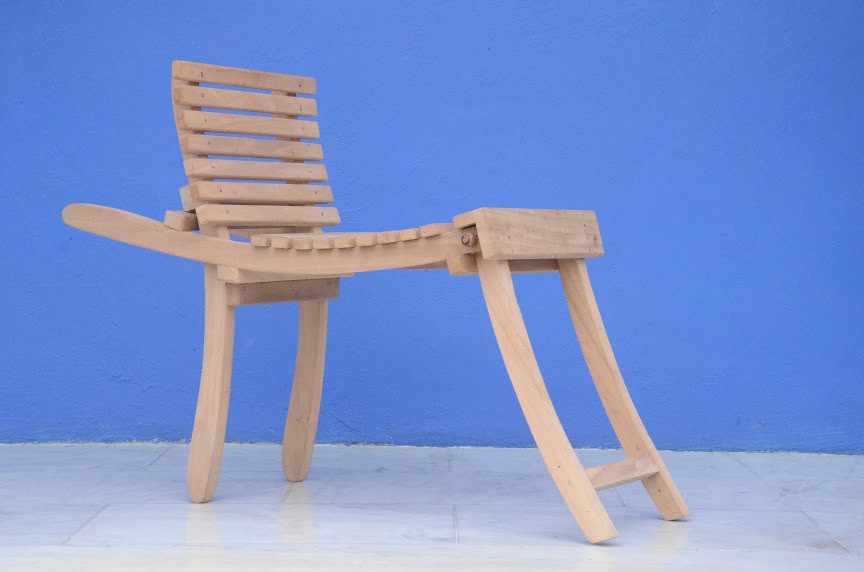 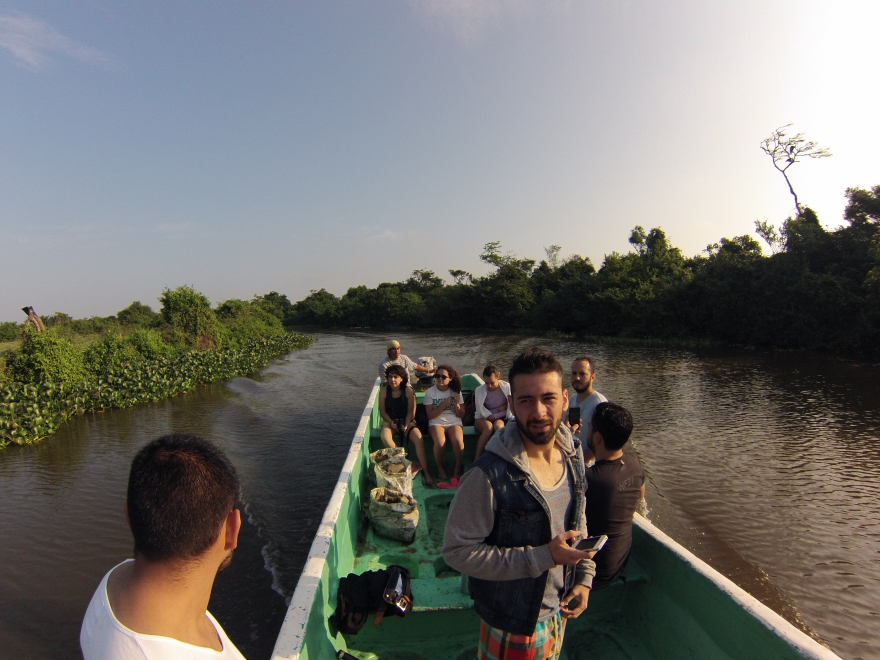 Francisco Chapa Clay Extraction An early morning boat ride in the Papaloapan river to extract clay for the pottery workshop. 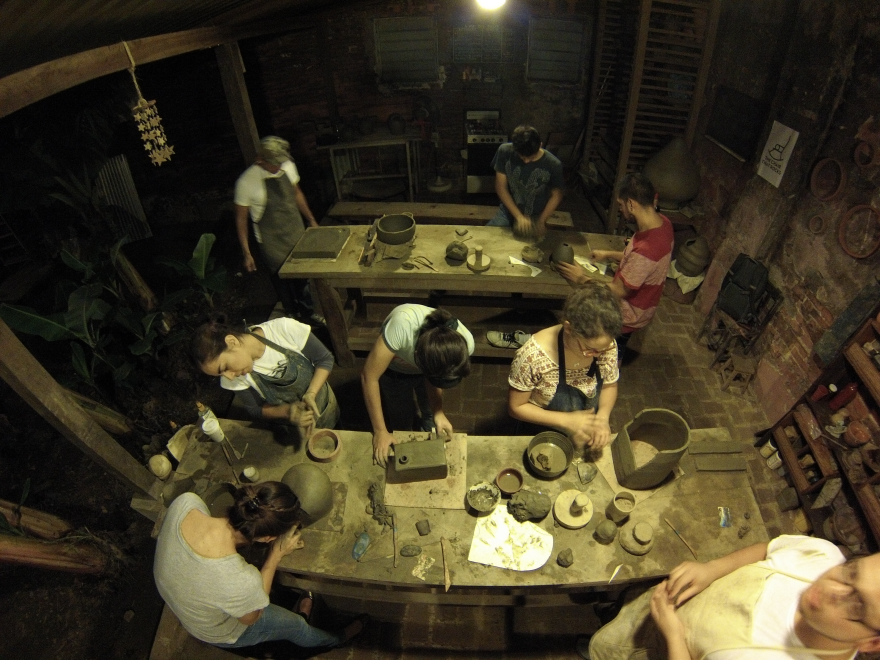 Francisco Chapa MOAT, Pottery Workshop MOAT is a museum and workshop that promotes the local water jar pottery technique that are now almost extinct. Here the pottery workshop is held. 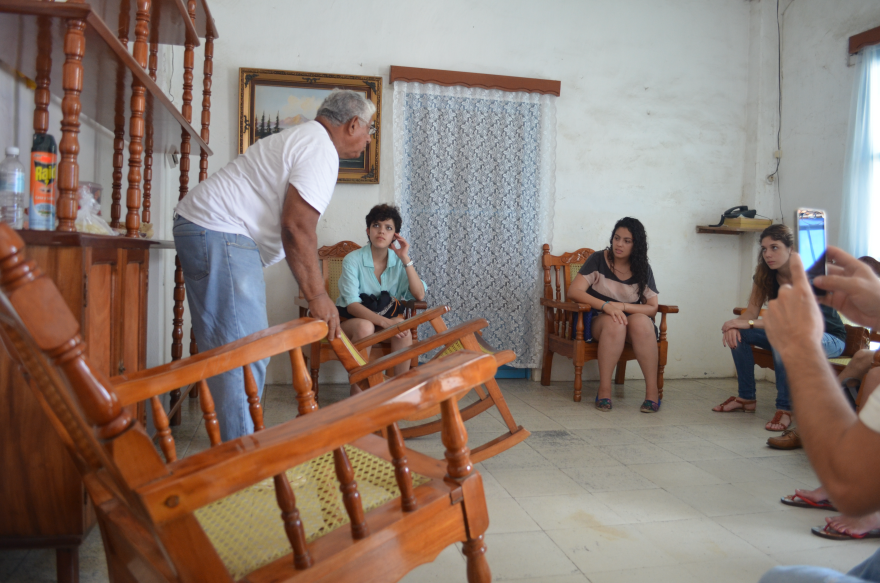 Mario Cruz Teran Sutdents and Prieto Local Master woodworker Oscar Prieto is explaining about the origin of the rocking chair in Tlacotalpan.

The name of the project. "The Chair that Rocks" comes as an inspiration of the rocking chair culture in Tlacotalpan, where it seems that almost every person living in this town has one. Not surprisingly local woodworkers had design and built the "Sillo´n Tlacotalpen~o", (Tlacotalpen~o Couch) as this style of rocking chair is known for generations.

The project started as a personal concern of José de la O, a mexican product designer who in 2011 opened his design studio in Eindhoven, NL and in 2013 on moved it to Mexico City.

As his family comes from the region of Tlacotalpan, de la O wanted to start an educational project in the region taking advantage of the rich variety of craft and the necessity to reactivate the economy of the region, by linking contemporary design and traditional craft from the region.

The workshop consists on a week long designer-in-residence in the city of Tlacotalpan.

Tlacotalpan is a town in the eastern coast of Mexico. It's beauty and uniqueness had inspired different artists from musicians, painters and in this case, designers. Tlacotalpan was chosen as a UNESCO World Heritage Site in 1998 because the "urban layout and architecture of Tlacotalpan represent a fusion of Spanish and Caribbean traditions of exceptional importance and quality... Its outstanding character lies in its townscape of wide streets, modest houses in an exuberant variety of styles and colors and many mature trees in public and private open spaces." (UNESCO, 1998.).

The residency happens at Luz de Noche (Night's Light), an independent Cultural Forum located in the city of Tlacotalpan. Created as a space for interaction and dialogue between the locals and those who visit, Luz de Noche is dedicated to generating projects of rescue, preservation and promotion of traditional culture along the Papaloapan Basin; projects that create all kinds of expression through cultural exchange.

During the first day, immersion activities are held in the small town, where the designers are encouraged to socialize with the local people, learn about their culture, food, customs and habits. Also they are introduced to the history of the region and its economic rise and fall of the city.

This museum is a space dedicated to research, teaching and dissemination of Tlacotalpan's Tinajeril Pottery, a technique now extinct since 15 years. The museum exhibits a selection of pieces from the three major collections of great jars and a historical overview of the origin and development of what was once a successful ceramic industry spread throughout the area.The MOAT not just a museum, is a constant ceramic workshop production, which also aims to train new generations of potters, offering young people within the community to educate themselves on something that is not only an art but a way of life.

For The Chair that Rocks, is very important to show the Designer not only the craft, but the material itself, where its being extracted, how to prepare to work with it and how to use it in the most sustainable way possible.

Every workshop is unique. Every time the objective can be switched from focusing on re-designing a traditional object, to deeply explore a craft or to express through design and local craft something about the culture of the region.

There are also other kind of crafts to be explored, like traditional luthiers, ceramics, traditional weaving, cabinetmakers and candy makers, all of them waiting to be re-discovered by designers.

The workshop is aimed at students and professionals of Industrial Design, Product Design or similar backgrounds, with experience in crafts and a basic knowledge of carpentry. Is recommended for international attendees to have a minimum knowledge of spanish.This workshop has a maximum number of 6 attendees, so each registration application will go through a selection process.

The Chair that Rocks has been published diferent design and tourism publications like "Traveling with Conscience" by ravesias media or New Territories: Laboratories for Design, Craft and Art in Latin America catalogue, among others.

In its short time, The Chair that Rocks has welcomed designers, artists and architects from different parts of Mexico, Italy and the United States.