Inspired by heliotropism in nature, Amber Waves is an energy harvesting concept that looks to capture low-level atmospheric energy at the ground level. As a modular system, the individual shafts contain a crystal elastomer nanocomposite that slowly tracks the arc of sun without dependency on mechanical systems. The direct reference to natural forms points the blurring of design and biology as we move from centralized to decentralized energy systems in the post-industrial era. As such, our goal is that once established the system will grow, learn, adapt, self-heal, and then gracefully return to the earth. This concept also looks to offer an alternative vision for energy systems as we move from mechanical to micro, and then micro to nano-based systems. At each point along this continuum, there will be opportunities for new expressions in our built environment. Amber Waves also suggests that it's important to make a direct connection between the energy we use and the potential energy that exists within our immediate environment. Therefore we envision the system being installed in urban locations such as rooftop settings for maximum exposure. 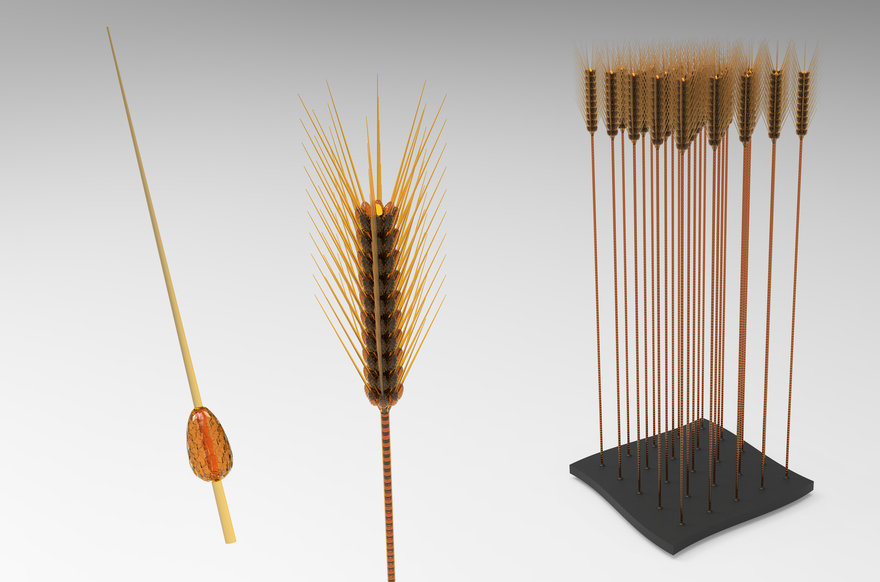 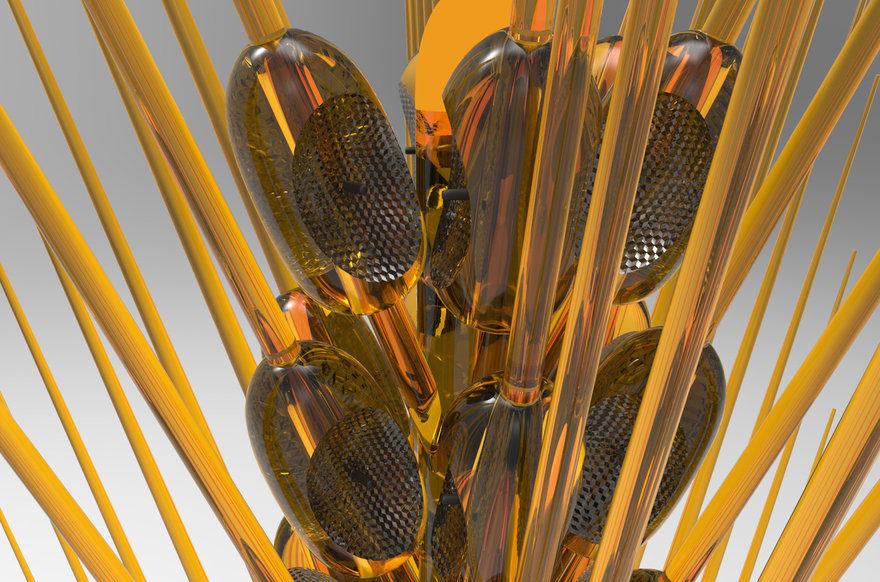 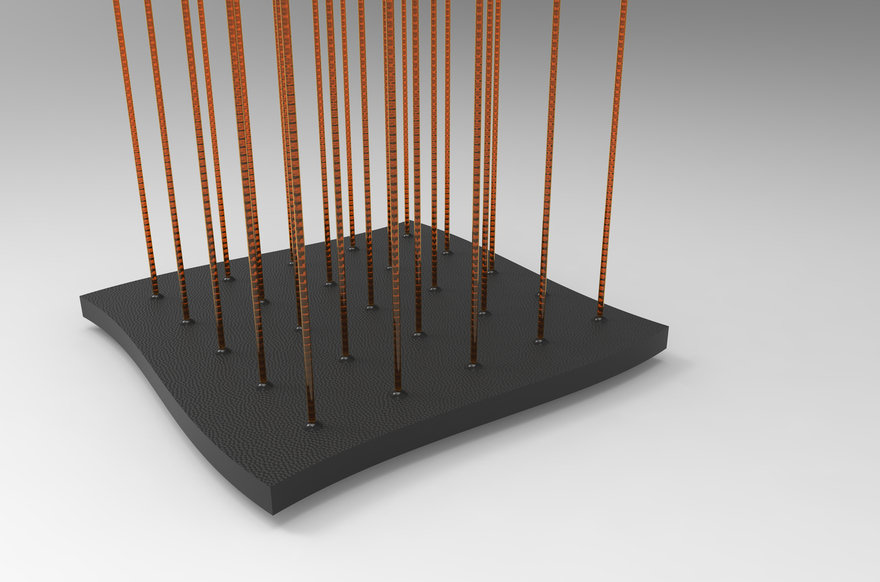 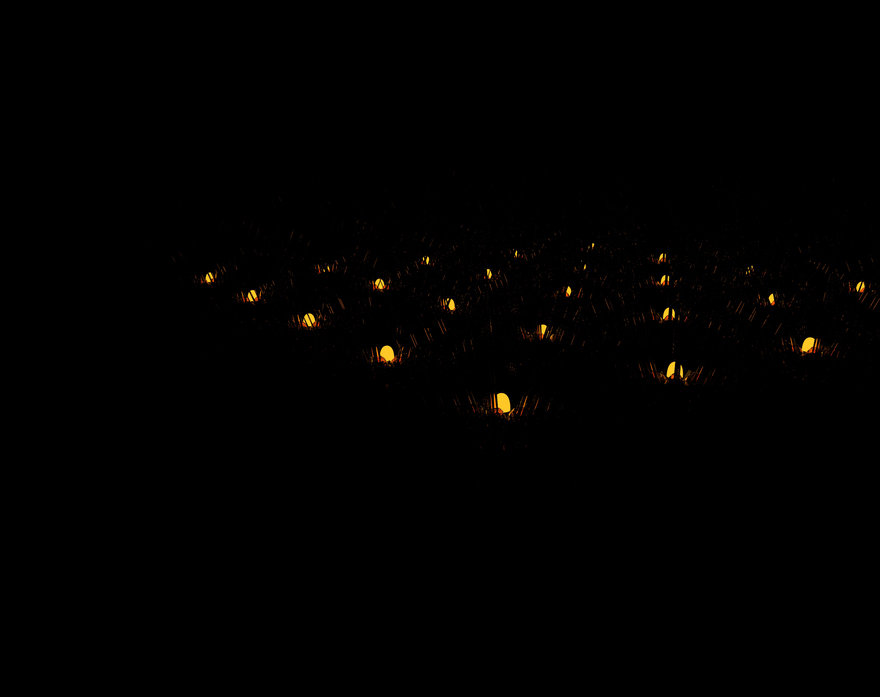 As an energy harvesting system, Amber Waves makes use of a recently developed Crystal Elastomer Nanocomposite that allows it to perform as an artificial heliotropic device. As a grid-based solution, it that can be adapted to numerous configurations and once established can be programmed to respond to multiple forms of energy harvesting. Individual elements in the head sections are intended to position themselves for maximum exposure as they collect and divert energy towards the base modules. As a wind and solar collecting system, each element self-corrects and self-adjusts to leverage the smallest of changes in atmospheric conditions. Therefore, seasonal memory and atmospheric awareness are key to achieving peak performance in much the same way that natural systems communicate within a given ecosystem.