Hormone Couture presents a wearable technology that aesthetically responds to women's reproductive hormone and body temperature change. The designs addressed how the intimate relationship between human and technology creates a biopolitical debate on whether wearable technology empowers women by giving access to biological information, or creates gendered oppression by having technology that monitors, controls, and influences sexual behavior on the body. 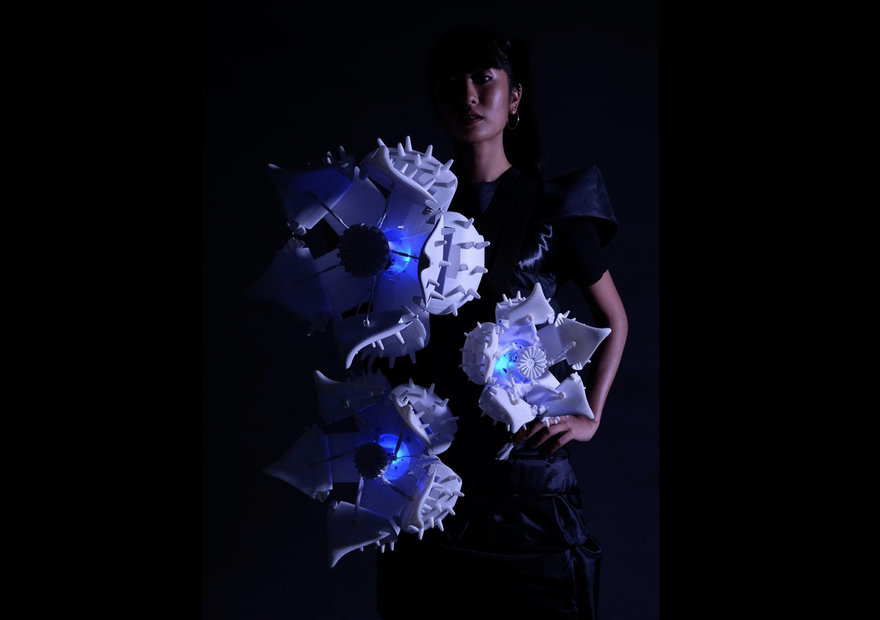 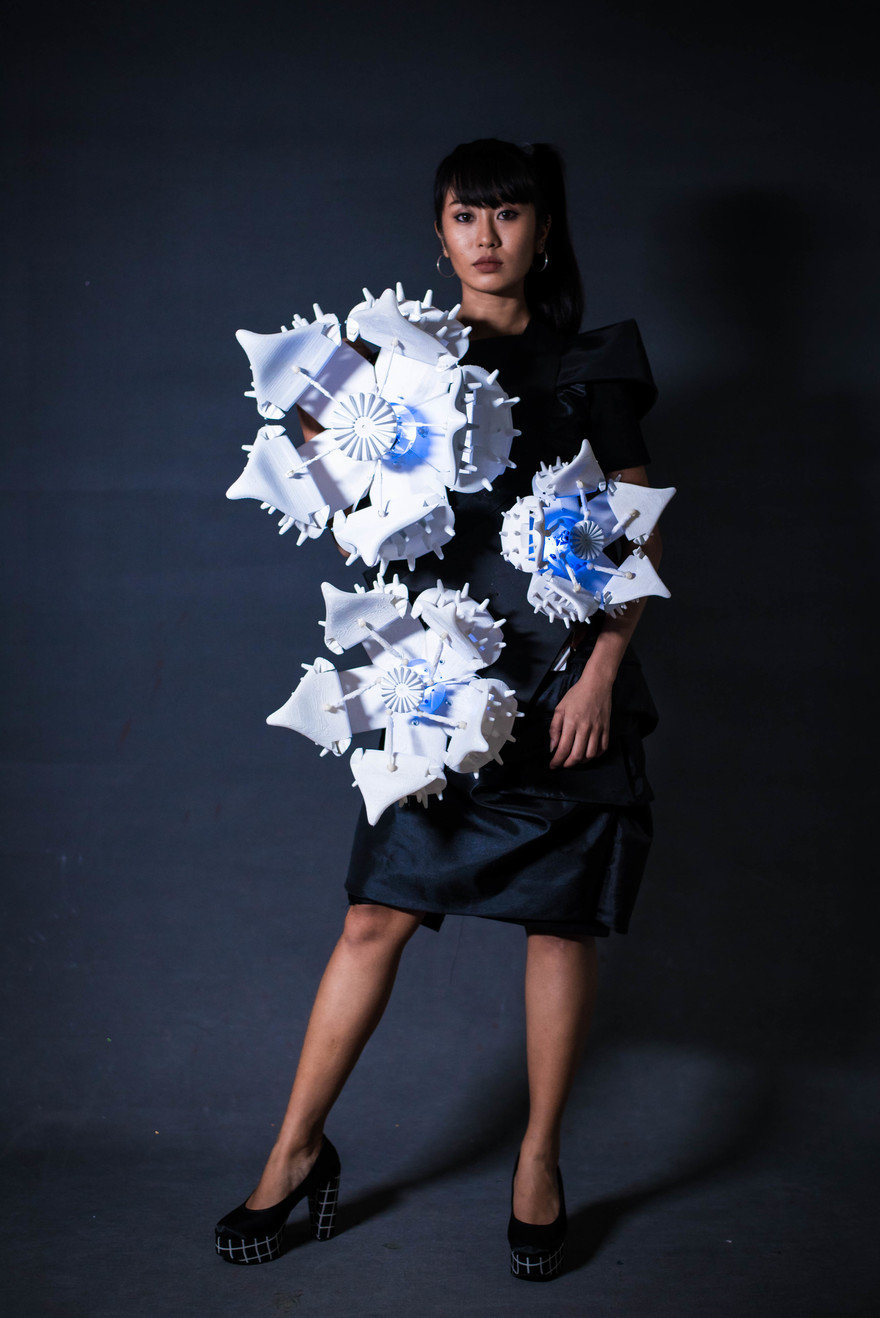 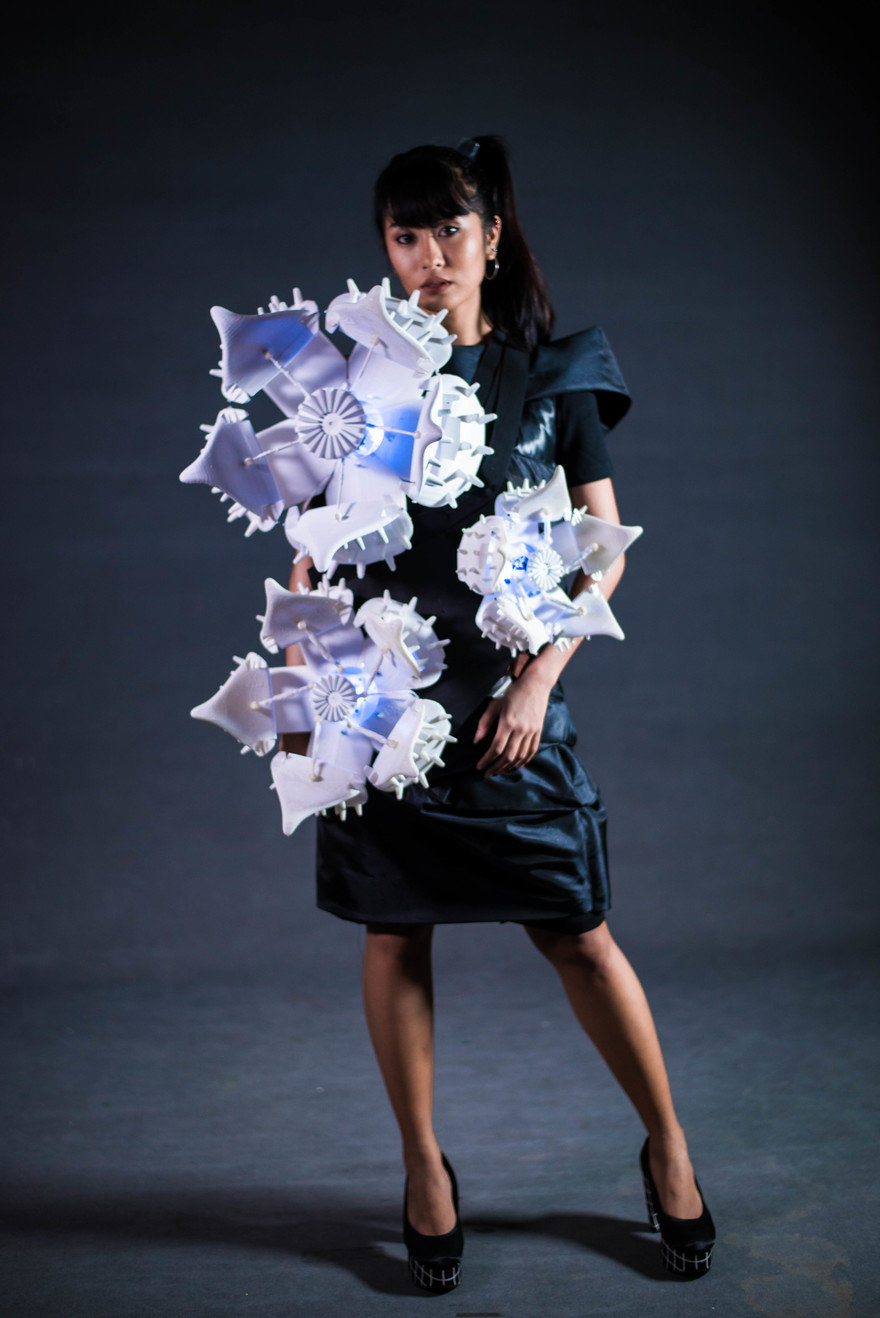 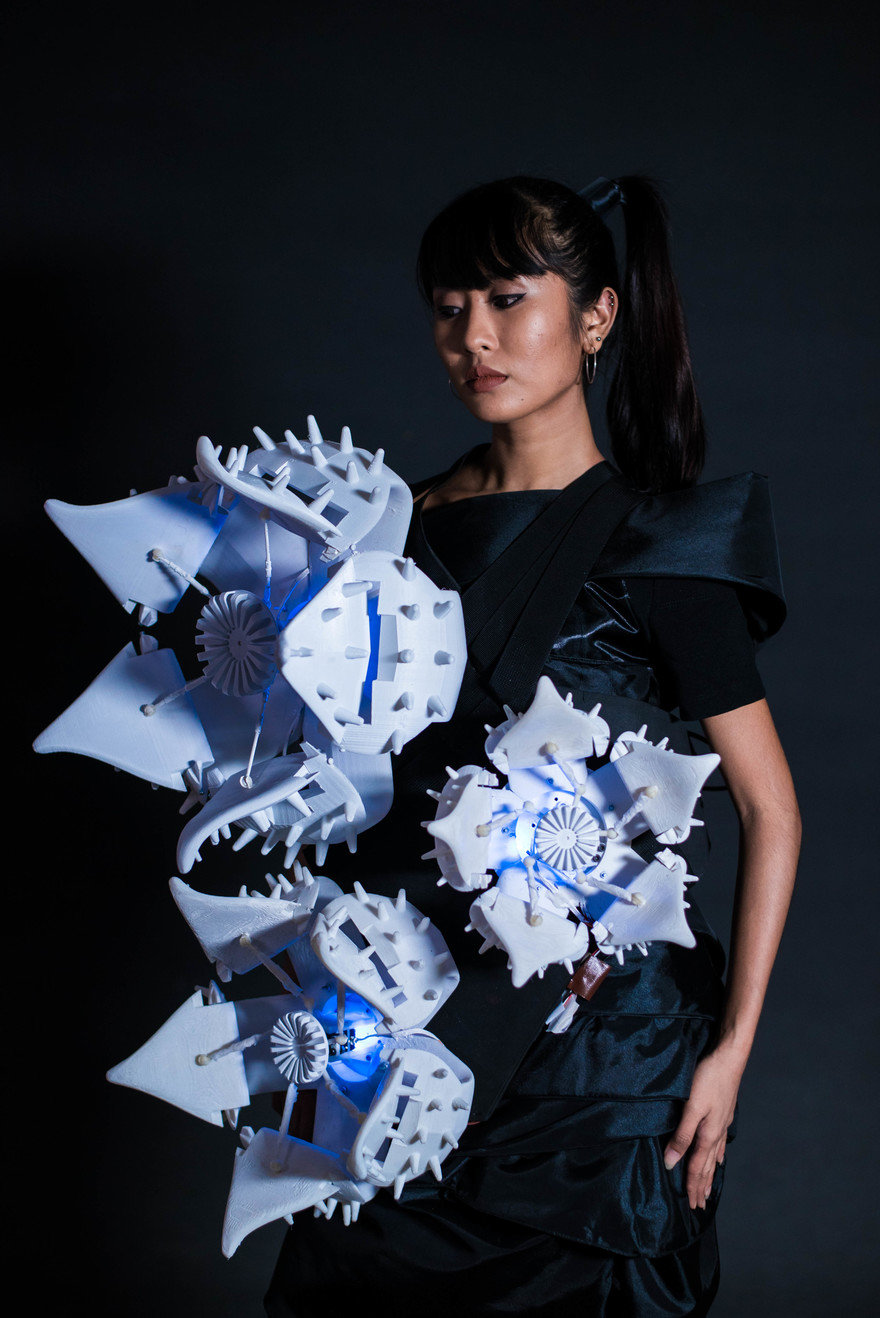 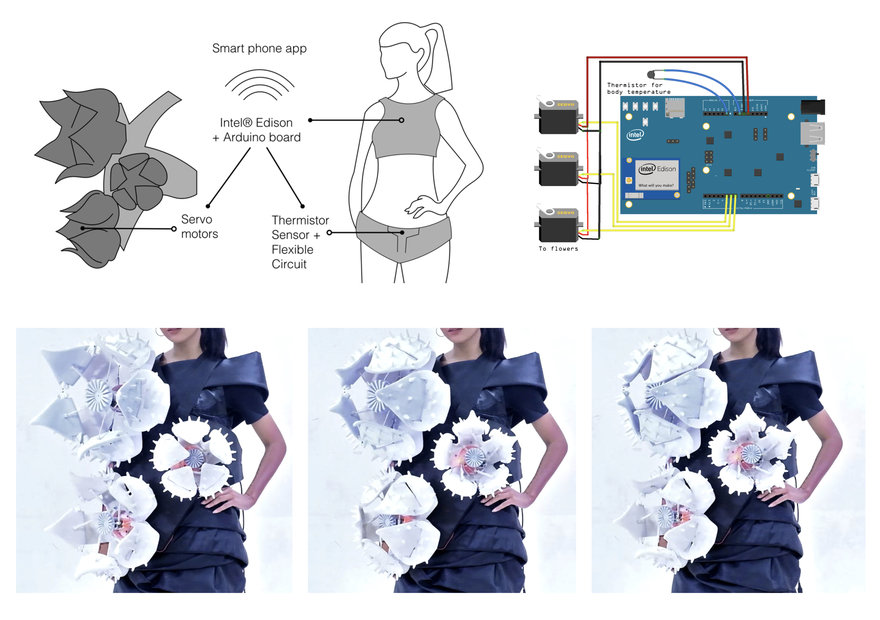 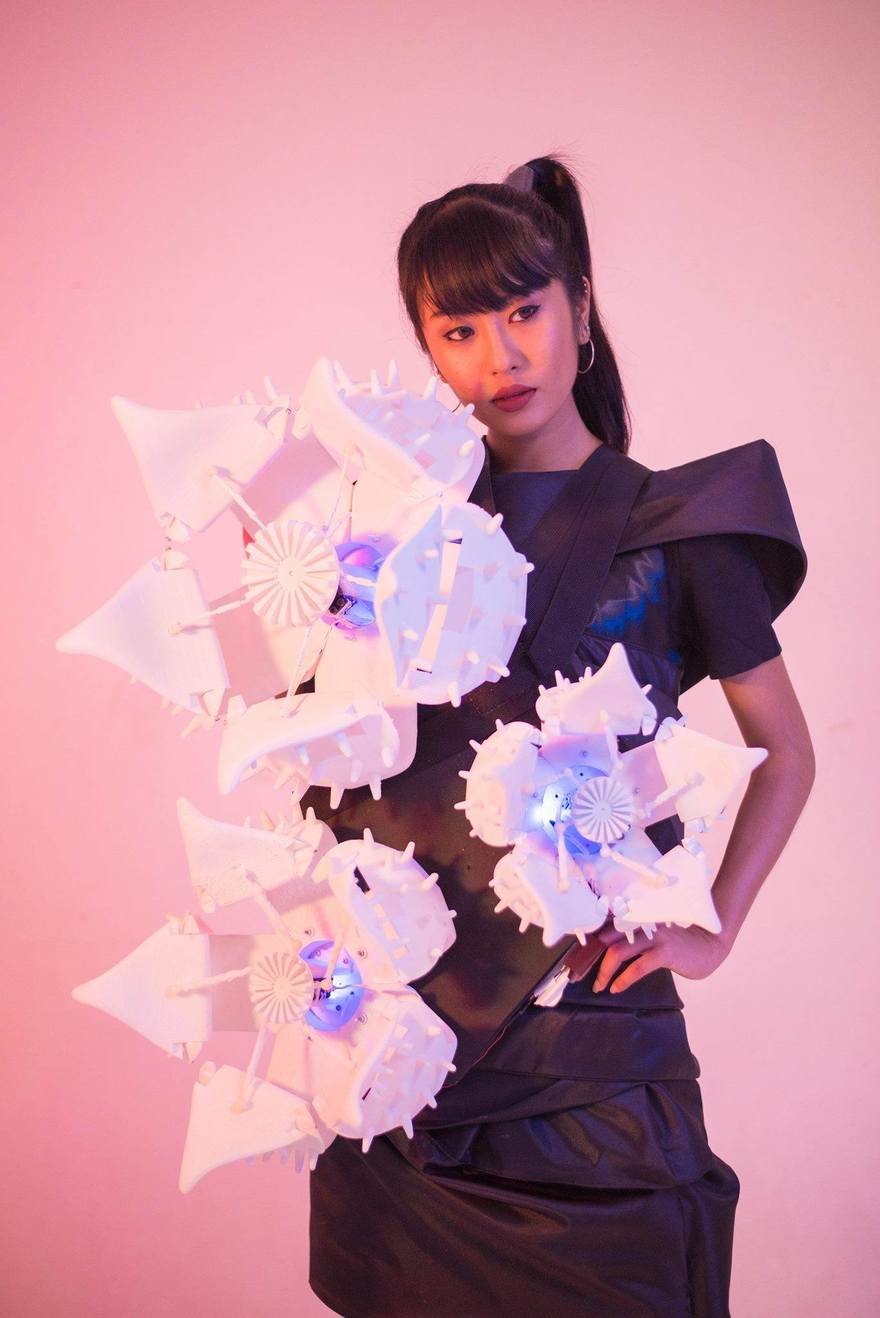 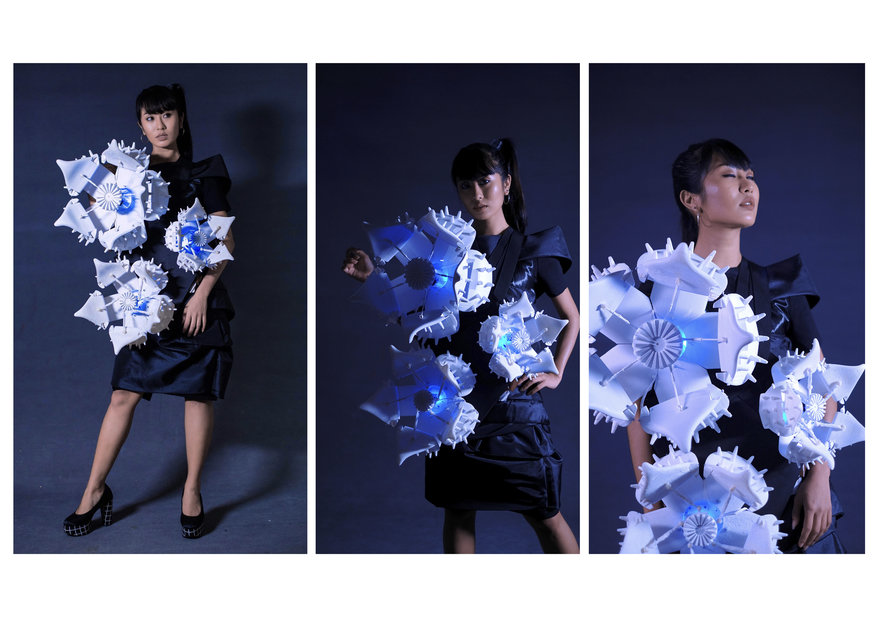 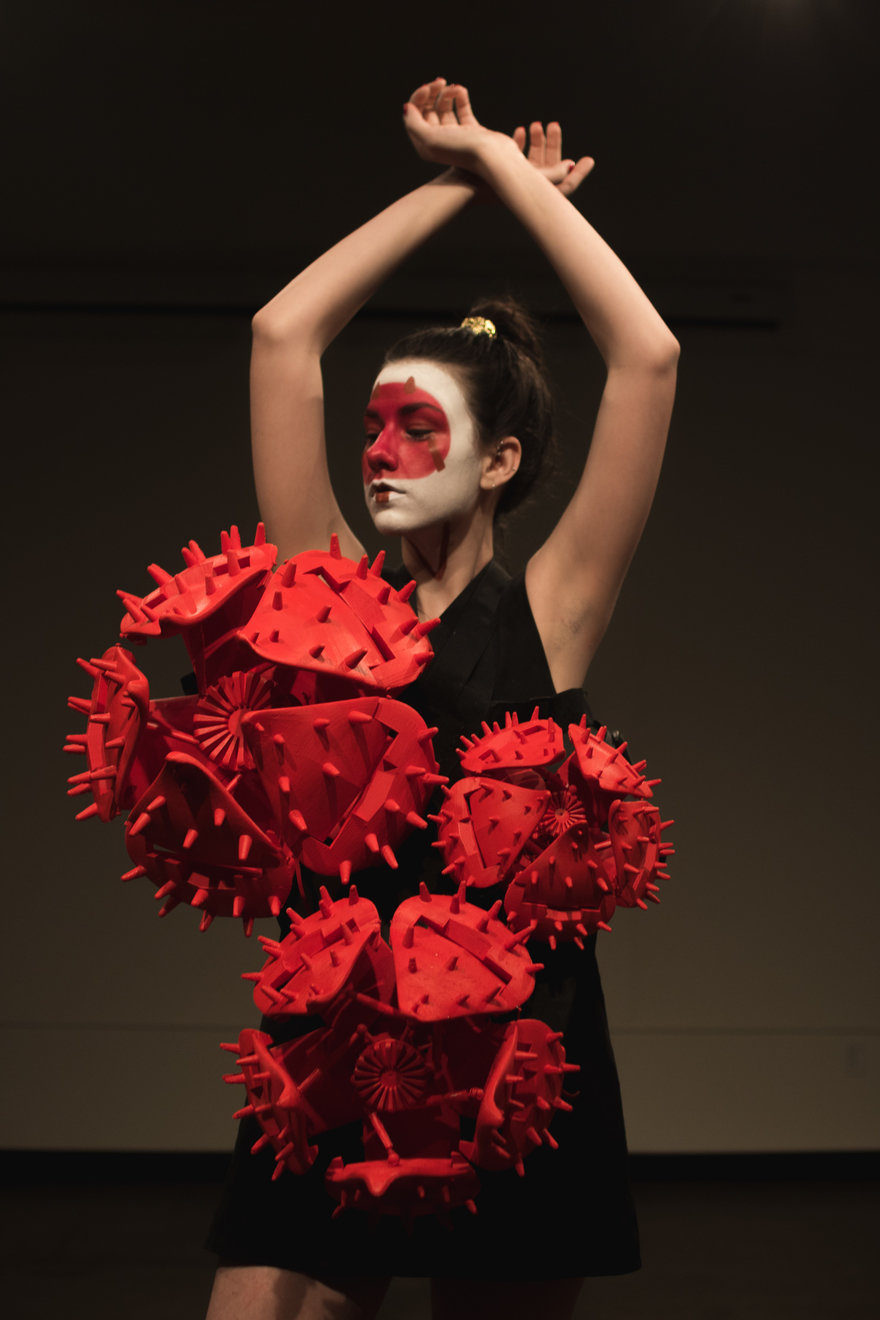 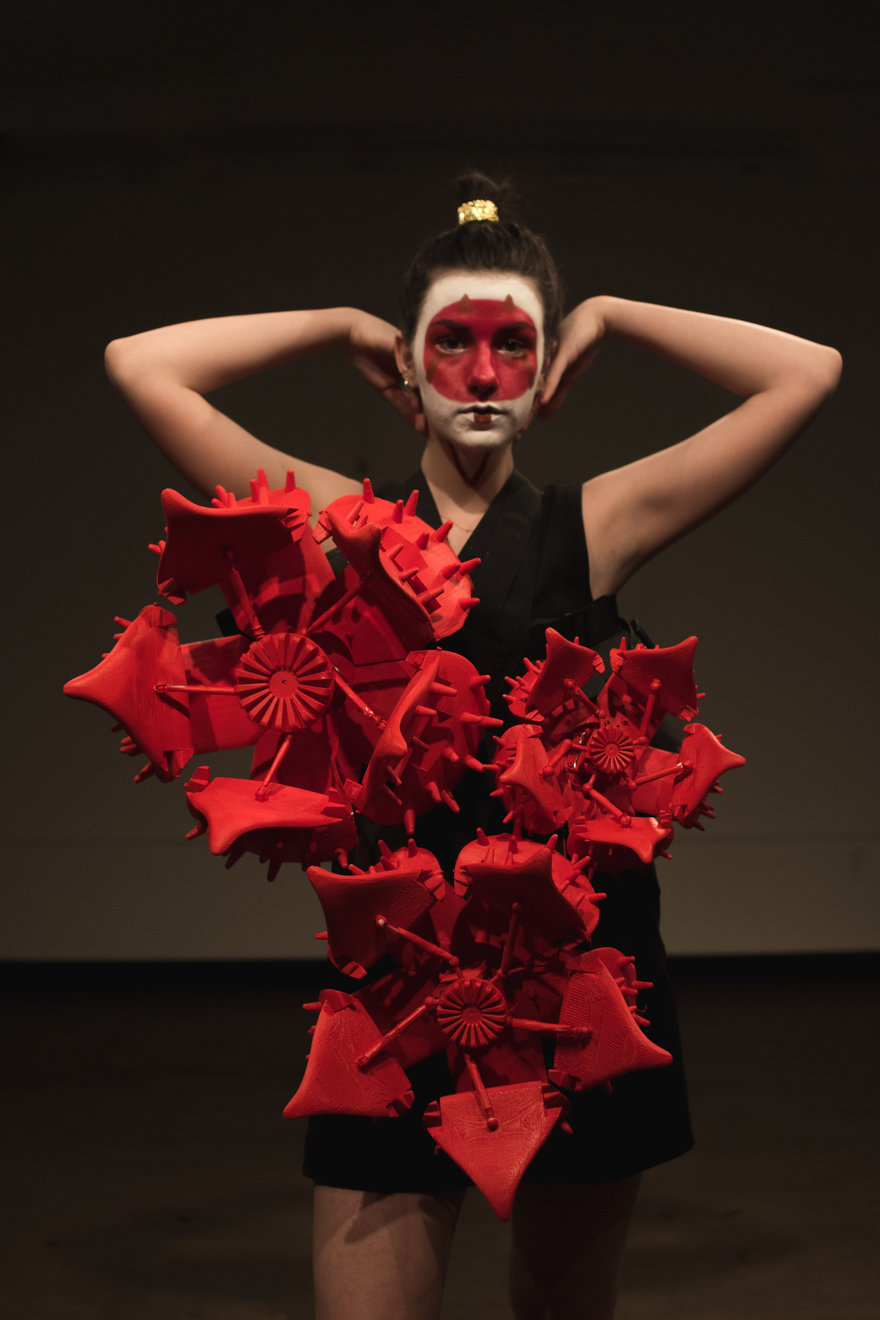 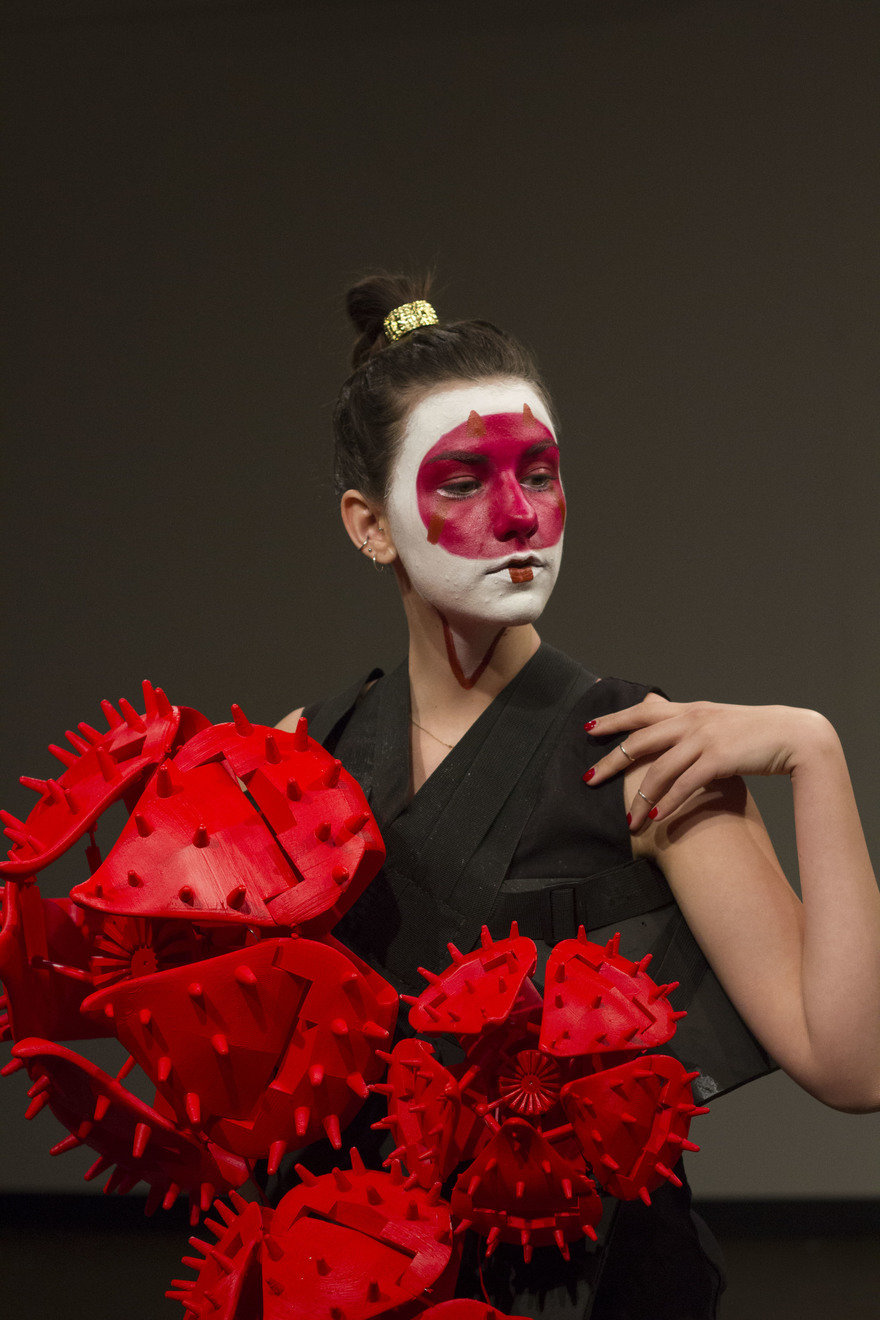 Based on the context of higher life expectancy and lower pregnancy rate, ageing society is unavoidable. Technological response is necessary. Hormone Couture presents two wearable technologies that aesthetically respond to women's reproductive hormone and body temperature changes. The designs address how technology creates a biopolitical issues whether the wearable technology empowers women by giving her access to biological information, or creates gendered oppression by having a technology that monitors, controls, and influences sexual behavior on the body. Both of these arguments cannot be separated as they altogether exist at the same time as two sides of the same coin. This contradictory relationship between technological advancement and gender politics was materialized into the work aiming to criticize and speculate the future of wearable technology, and how it reinforces dynamics of gender tension in society. In the Cactus Dress, even if its expression can be interpreted to some extent as a part of demanding on women, like Nobuyoshi Araki's bondage art pieces, a real aesthetic function is about visualization of gender tension. It contained exaggerated cactus-like form on the dress signifying a contradictory meaning. First, a readiness of women's genitalia was represented by the flower. This metaphor served to tell about female's sexualities throughout the world history across various societies. Second, we decided to employ a cactus form to add a degree of surrealism to the design. The use of the spectacular form was intentional as we would like to bring about the juxtaposition of feelings of uneasiness yet guilty pleasure of not being able to look elsewhere. Blooming flower is often referred to a suitable period of women for reproducing; however, our cactus bloomed from its trunk rather than its petals. Its movement of the chest with a lot of prickles led to a perception about harmful instead of pleasure from breeding. We conceive our Cactus Dress to present the latest technological tension between male and female.